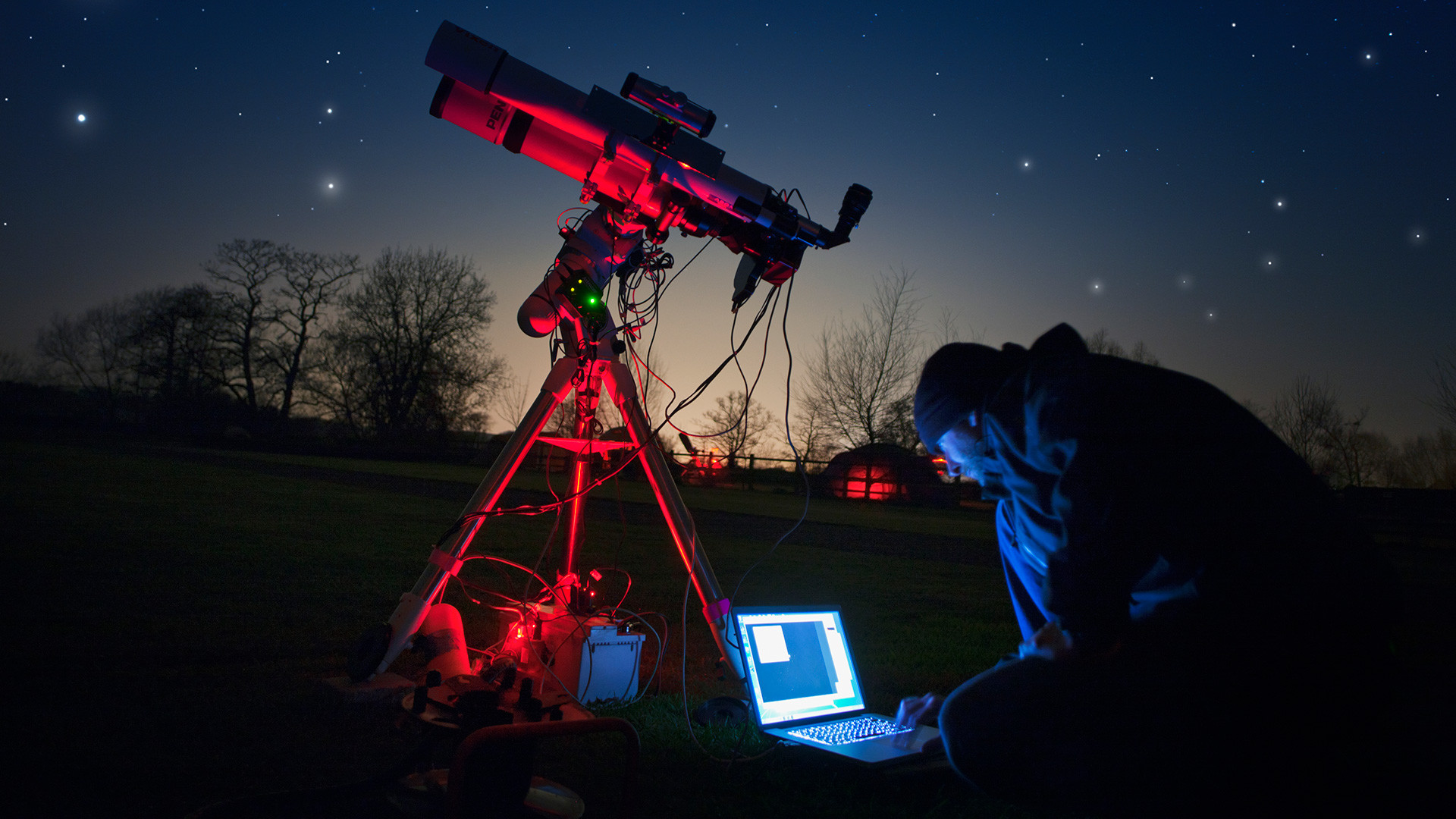 Getty Images
The increasing amount of satellite clusters, often launched into orbit by tech giants, are interfering with the work of astronomers worldwide. A Russian startup claims to have a solution.

In any other year, looking up at the night sky, you’d see galaxies, planets, constellations. Perhaps the odd moving light that comes from a plane, stray satellite or space station. But in the coming months, stargazers are likely to see more fast-moving groups of satellite clusters, often moving in jarringly straight lines.

These satellites, originally proposed by Elon Musk through Starlink, a section of his SpaceX, are part of a push to provide internet service across the planet. This means a lot of satellites – Starlink made its first launch in May 2019 and plans to have tens of thousands of machines in low orbit within the next few years. Many of them will even be visible to the naked eye. 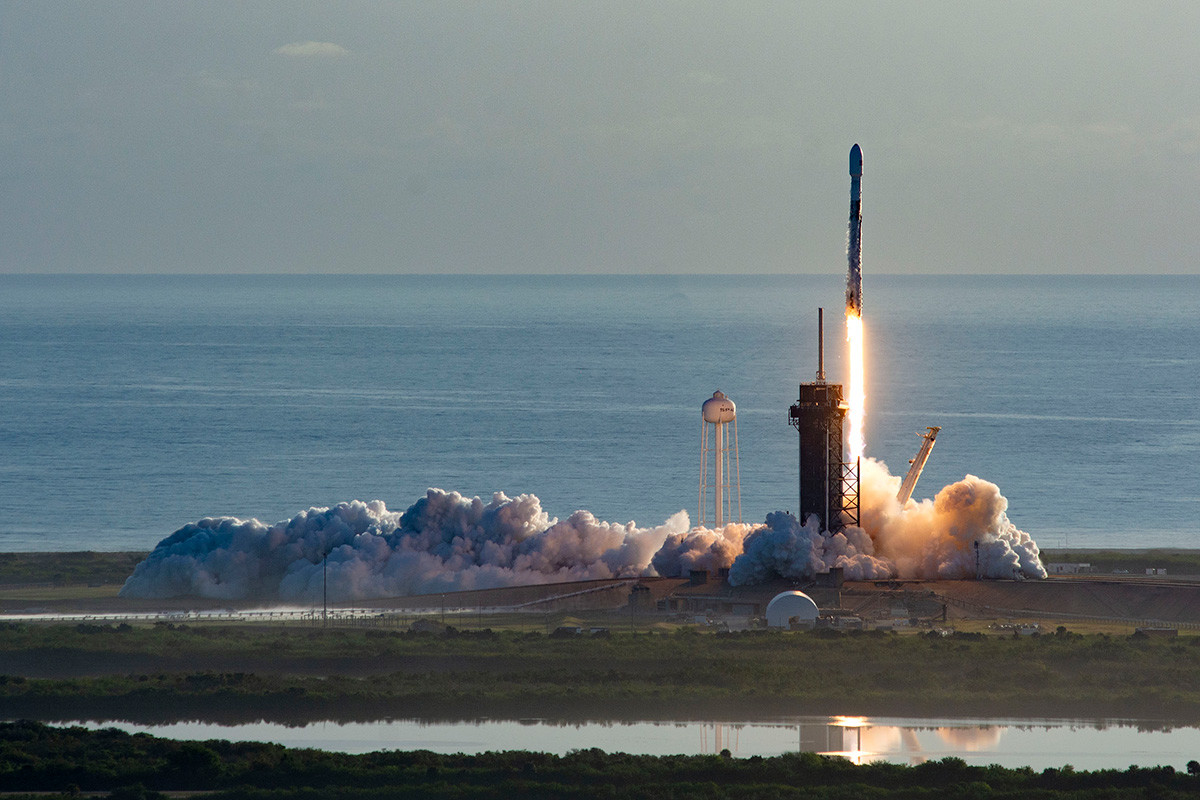 While these clusters will likely be a mere curiosity to some, they’re a serious matter for astronomers and other scientists who rely on deep space imaging. This is because when telescopes generate images of faraway objects, passing satellite clusters generate light pollution and make it hard to see details. They even leave white strips on the resulting pictures, which are increasingly expensive to produce.

The International Astronomer’s Union (IAU) has published a preliminary report outlining the ways programs like Starlink affect research and observation. They’ve reached out to Musk to see if they can reach some kind of consensus, but Musk’s responses vary from week to week. Even the Russian Academy of Sciences (RAS) has threatened to complain to the United Nations, asking for regulatory bodies to clamp down on Big Tech if the companies themselves are unwilling to make the necessary changes. 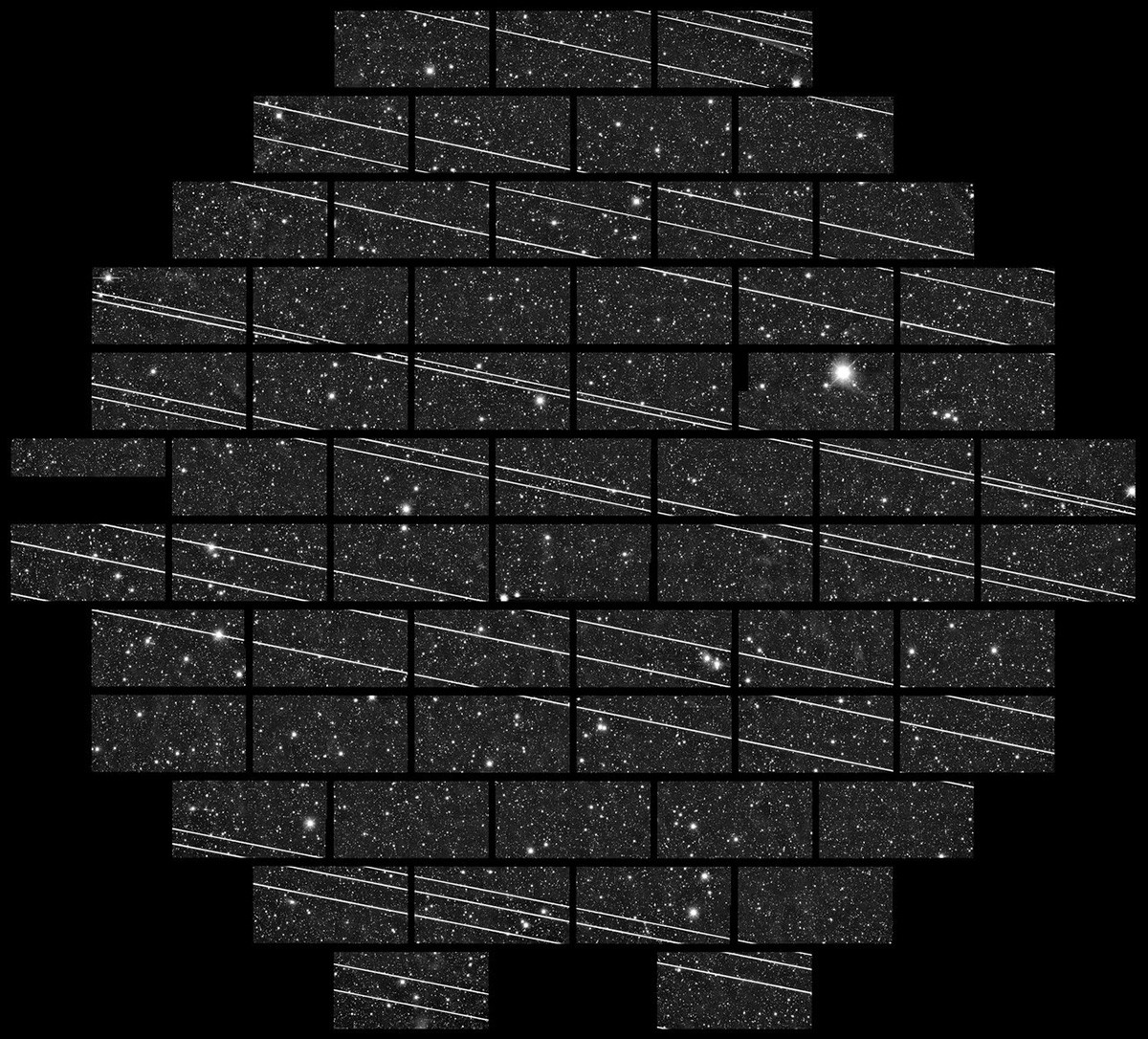 Starlink satellites on the way to parking orbit

While the RAS has backed down from their original complaint, there’s been another Russian group that has taken it on themselves to provide an answer to an increasingly public conflict.

StealthTransit: a Russian solution to a global problem

When Vlad Pashkovsky decided to leave the sphere of electronic engineering in the 90’s, he probably didn’t anticipate returning decades later in response to threats to the night sky. But that’s precisely what happened: after fifteen years of working with various social conflicts, Paskhovsky returned to his original profession with projects seeking to minimize light pollution and improve astronomical readings.

While his first astronomy-related startup dealt with the issue of light pollution generally, once the first criticisms of Starlink appeared in the summer of 2019, Pashkovsky and his colleagues came together to think of a solution.

His reasons, as it were, are as philosophical as they are technical. “Neither a view of the ocean, nor looking into a fire or a waterfall compare to the effect of looking deep into the sky. It’s a gaze into absolute infinity,” Pashkovsky says. Finding ways to protect these images became a priority.

Thus Pashkovsky, along with colleague Dr. Stanislav Karpikov, founded StealthTransit and developed a prototype telescope add-on. The mechanics are simple: the prototype is a mountable shutter unit that can tell when satellite clusters are going to cross a telescope’s field of view. They’re connected to a computing unit that tells the shutters to close until the satellites have passed, all while making sure the camera’s photo sensor is still on (though in integration mode). When the shutters open again, the picture continues to be developed without interference.

Pashkovsky claims that StealthTransit’s shutter units “can effectively protect about half of the astronomical images that are at risk from satellite clusters.” Of the other half, the chances diminish depending on how large the image’s field of view proves to be.

But what gets saved is more than just an image. Pashkovsky describes the “new discoveries or unique, fleeting events in the life of the Universe that will go unnoticed if they are hidden under the white traces of satellites. I would also consider the emotions and feelings of scientists concerning the runited images as an important point. This is a loss of pace, concentration, inspiration, of scientific excitement.”

Pashkovky is privileged in that describing his product allows him to speak as much about romance as about moving parts. What’s at stake, should a balance between the interests of business and science prove too difficult to find, is losing our window into the cosmos.

But there are a number of other factors at play as well, ones that have proved far more earthbound than fantasies about the stars.

One of the surefire ways of making rapid changes to business practices is to promote regulatory oversight among national or international governing bodies – this is what the IAU and RAS’s complaints have brought attention to. If Big Tech is too slow to respect the rights of stargazers, the logic goes, then perhaps local governments should step in. 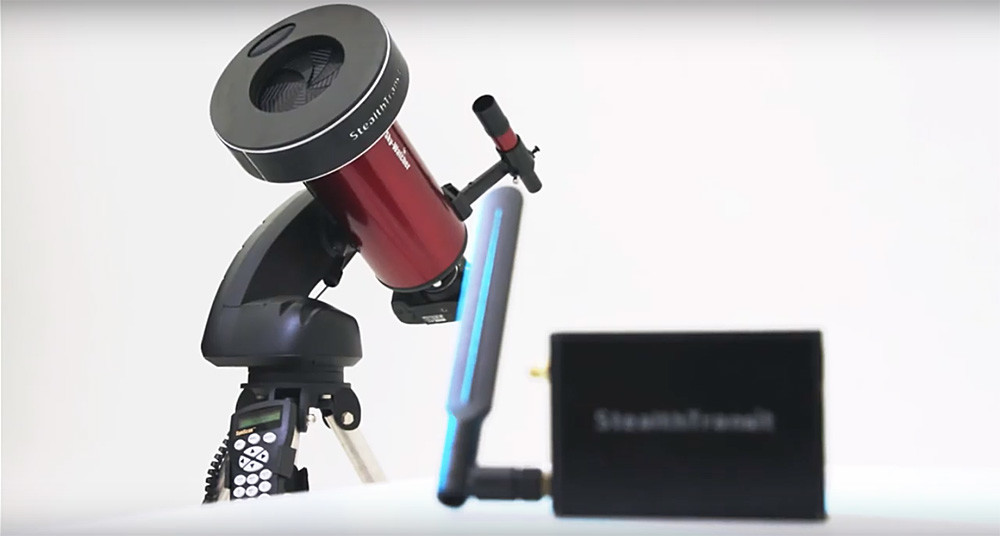 But this is a tricky approach as any governmental attempt to control international companies (especially ones claiming to expand internet access to the world’s most remote regions) can be seen as intrusive at best or authoritarian at worst.

In Russia, a number of recent laws aimed at increasing digital sovereignty, for example, have prompted mixed responses. For some, it’s too much control over what happens online. For others, it’s a welcome challenge to the technocratic authority held by companies like Google or Apple. And given that giants like Google have used their weight to impact domestic policies in countries like Turkey, some nations may feel justified in pushing back against Silicon Valley icons like Musk.

In this kind of fraught, geopolitical context, one where it’s unclear whose interests should take priority, startups like StealthTransit can provide solutions without stepping on too many toes. Pashkovsky’s company offers a corrective to Starlink, and it comes from the realm of business rather than regulatory restrictions. Mimicking the flexibility of early Silicon Valley, StealthTransit can meet needs that are difficult for larger companies or states to address. 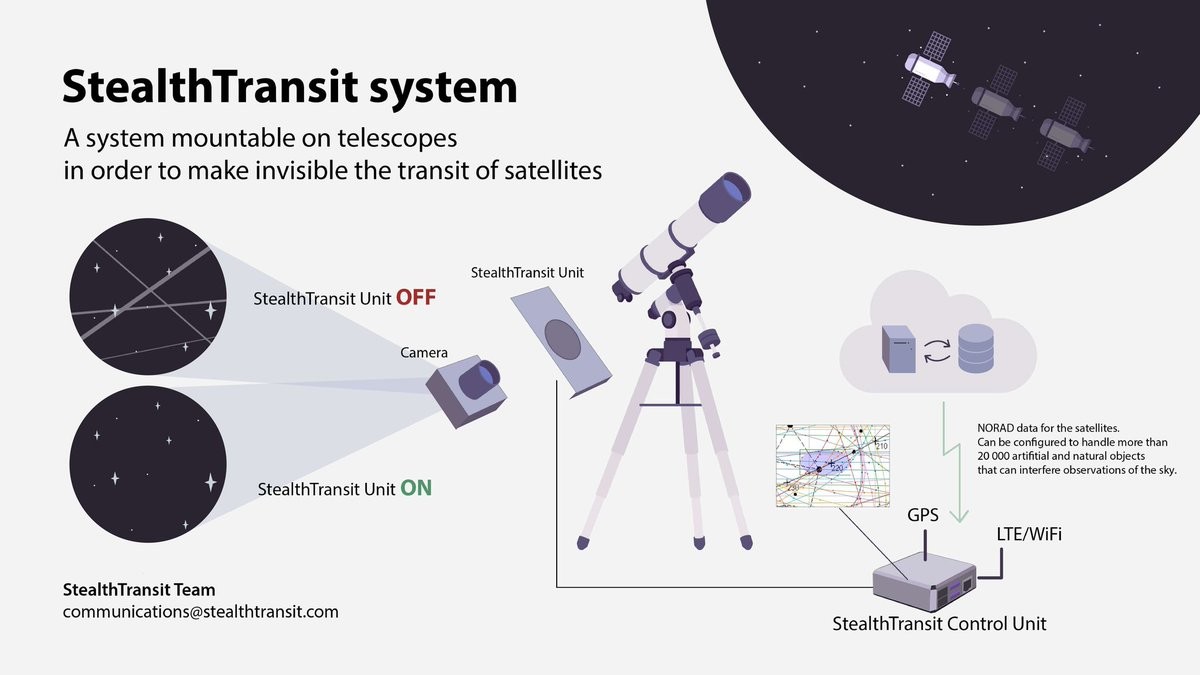 Obviously a set of mountable shutters don’t solve all the issues involving satellite clusters and deep space observation, but it’s a start. And it provides a bit more time for companies and governments to think about reasonable solutions without needing to decide on anything too fast. Given the amount of other important issues, in particular the matter of too much potential space junk in the atmosphere, the ability to take time and make a better decision might even help preserve space as a playground for our fantasies for years to come.