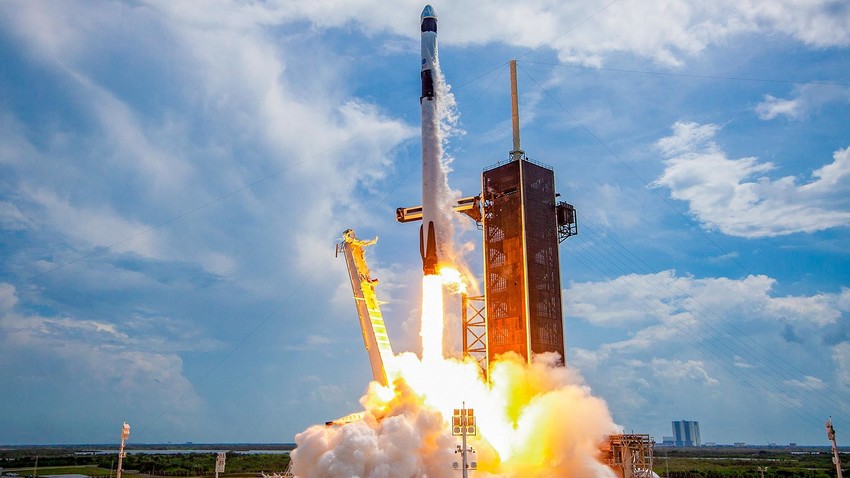 SpaceX/Global Look Press
Russia noted the success of Crew Dragon, but has no plans to act.

Eighteen years ago, Elon Musk came to Moscow to buy rockets and send mice to Mars (as one does). But the deal fell through because the Russians’ asking price was somewhere in the stratosphere. Musk went home “angry and disappointed,” and two months later founded SpaceX. The rest is… the future. Meanwhile, Roscosmos, the Russian space agency, repeatedly cast doubt on Musk’s venture, saying it would never succeed. 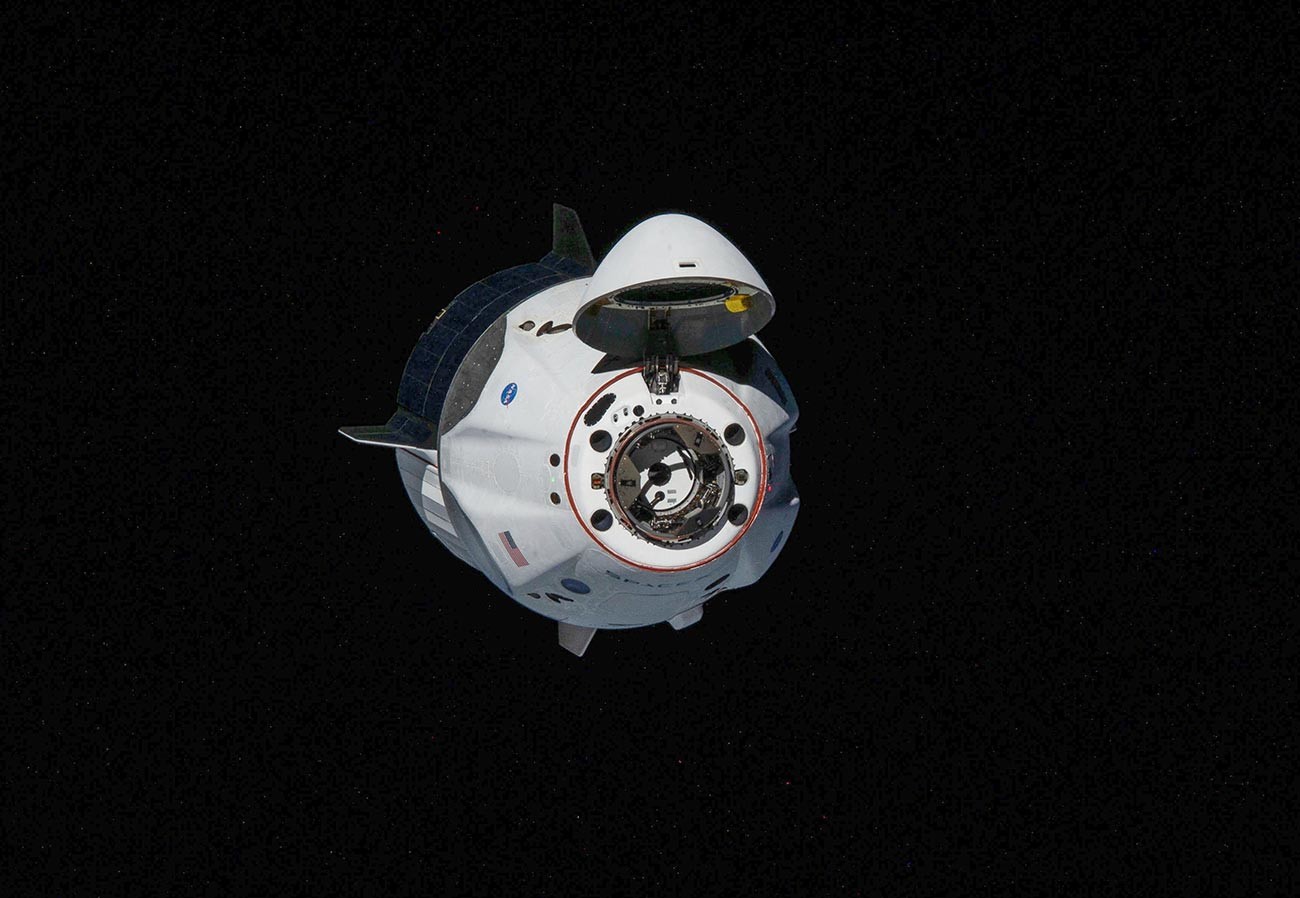 SpaceX Crew Dragon spacecraft on the NASA SpaceX Demo-2 mission approaches to dock with the International Space Station May 31, 2020

But on May 30, 2020, SpaceX sent two astronauts into orbit aboard the new Crew Dragon spacecraft, the first ever such mission by a private company. Experts both in Russia and abroad wondered aloud what Roscosmos would do in response to this “major blow” as they described it.

Answer: not much. And that’s apparently fine with everyone.

Rockets on the cheap

Many believe that the SpaceX revolution is about reusable rocket stages returning to Earth and touching down on the quirkily named operational drone ships Just Read the Instructions and Of Course I Still Love You. In actual fact, the real revolution is that US rockets are now cheaper than Russian ones. 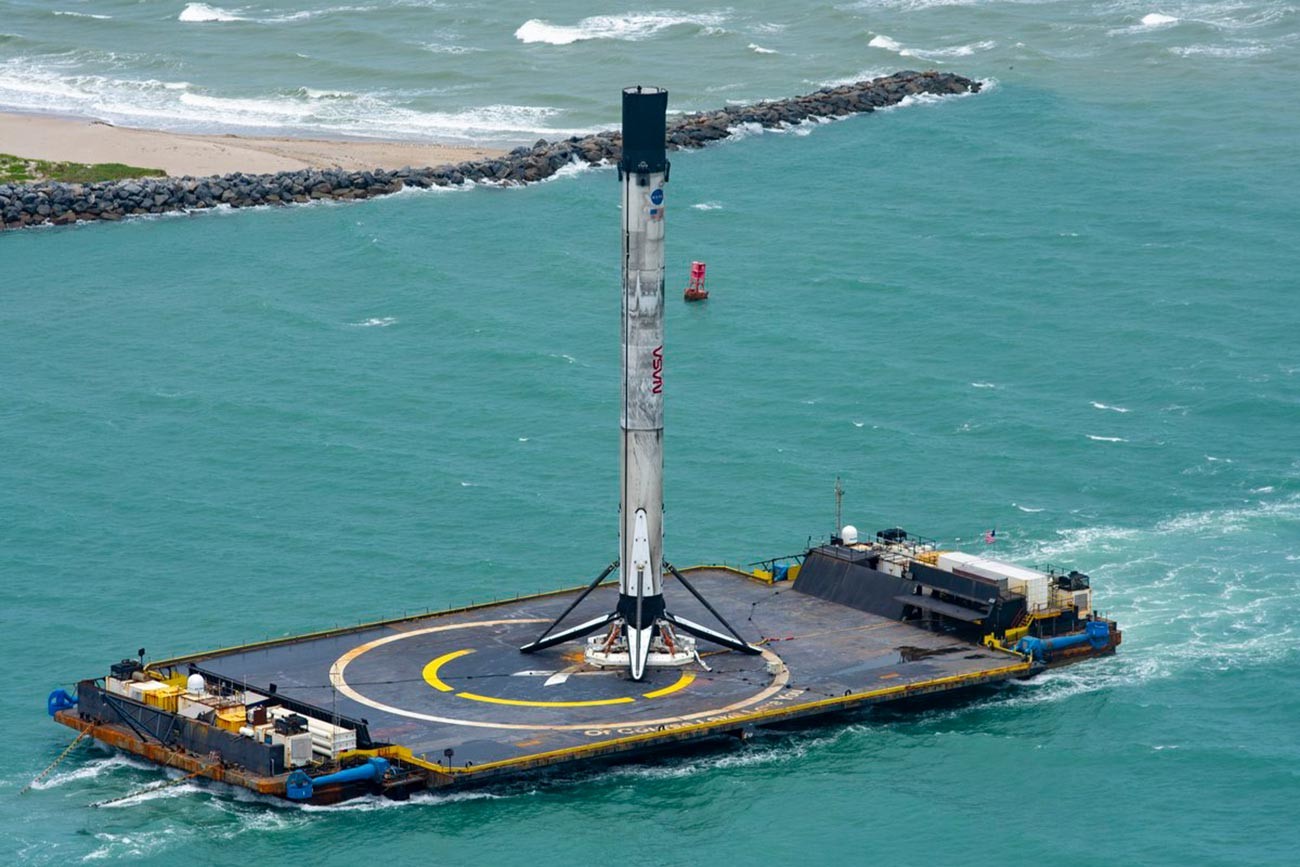 After launching @AstroBehnken and @Astro_Doug to orbit on Crew Dragon, Falcon 9 landed on the Of Course I Still Love You droneship and returned to Port Canaveral

Launches from Russia began to wane in 2012 — the same year that SpaceX launched Falcon 9 Heavy, a competitor to Russia’s Proton series. Thanks to its reusability, Musk uses this beast for all tasks — both light and heavy loads, which also helps make it so cost-effective.

“If a decade ago our Proton controlled 60% of the market, now almost all its orders have gone to Falcon 9,” says Vitaly Egorov, founder of the Open Space project and former spokesman for Dauria Aerospace, the private space company (which built satellites for Roscosmos).

To somehow compete with Falcon, Roscosmos had to lower the price for foreign buyers — first from $100 million to $70 million, and then to $65 million. 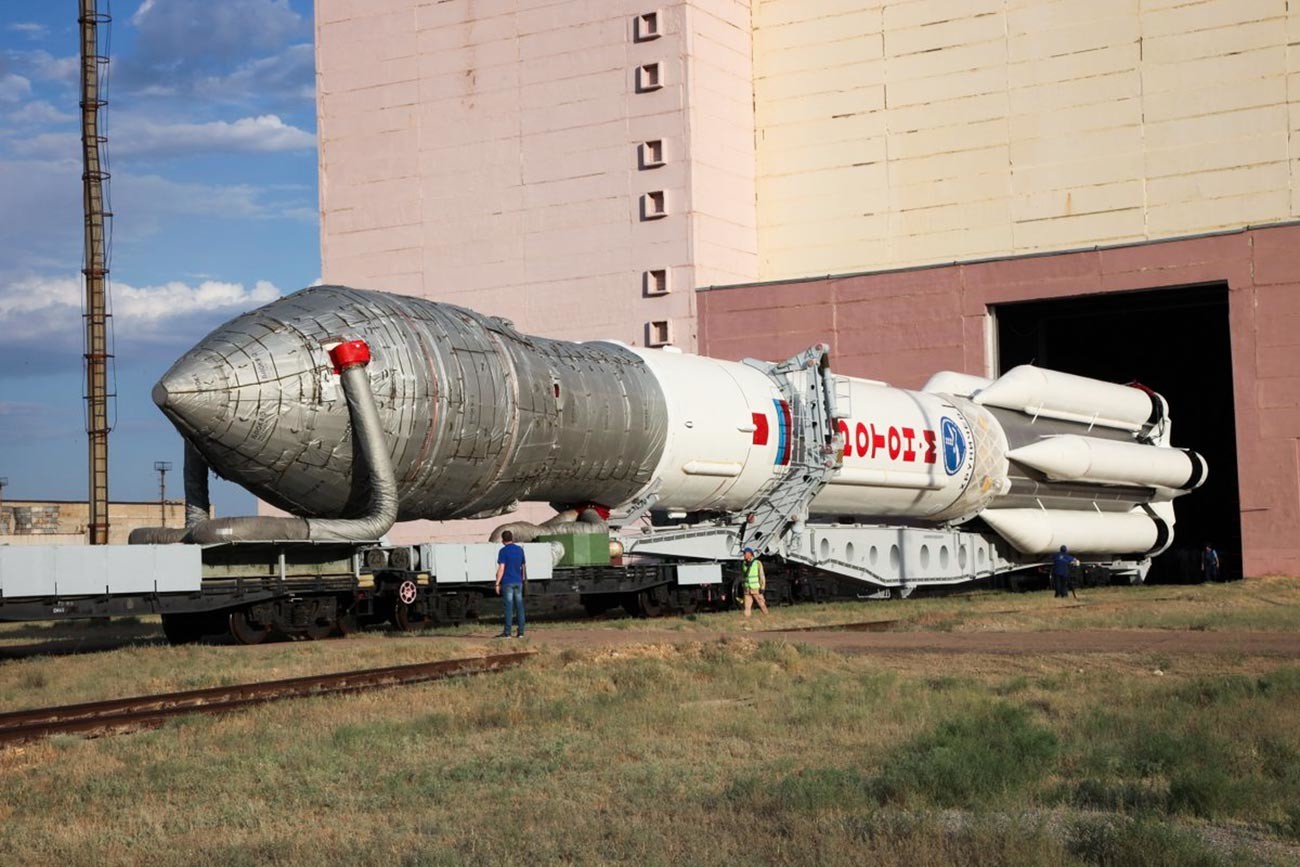 As for crewed flights to the International Space Station (ISS), which Russia had a monopoly on until recently, it’s the same story: the new, more spacious and cargo-capable Crew Dragon costs roughly $55 million per crew member, against around $90 million aboard Russia's Soyuz.

However, this does not mean that everyone will stop using Soyuz, says scientific journalist Alexander Berezin, recalling the brief period when the US Space Shuttle delivered people to the ISS at a higher cost than Soyuz. “Until 2011, efforts were made to give the Space Shuttle and Soyuz an equal number of flights. It will be the same when Crew Dragon flights begin in earnest. Again there will be mixed Russian/Western crews,” believes Berezin. But with one proviso: this applies only to the near future, while the fate of the ISS remains unclear.

Immediately after the successful launch of Crew Dragon, besides congratulating and sharing jokes with Musk, Roscosmos tweeted its near-term plans: “As early as this year we will test two new rockets, and next year we will resume our lunar program. It will be interesting!" In response to Russia Beyond’s request, the space agency clarified only that the Angara launch vehicle would be involved in at least one of these missions.

Angara is one of Roscosmos’ main projects of recent decades. Conceived as a replacement for the 1967-developed Proton, it was designed to consist entirely of Russian components and put any kind of spacecraft or load into space. That included opening the way to a crewed lunar expedition in 2024. Work on Angara began in the mid-1990s, but it has yet to commence regular flights. 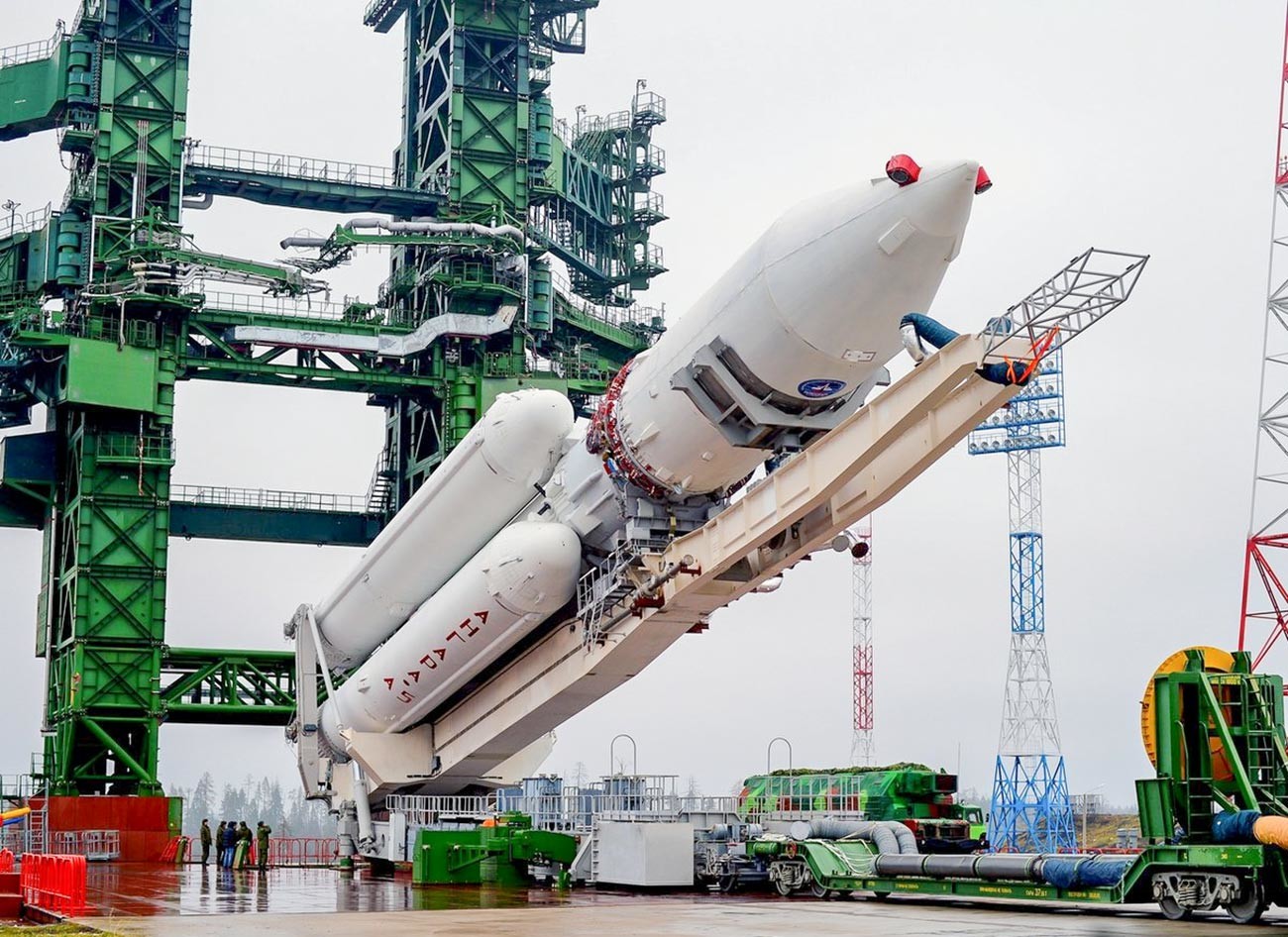 “Angara-A5 is not even a completely new rocket, it already flew once, six years ago,” engineer Alexander Shaenko, one of the developers of Angara-A5 and KSLV, told Russia Beyond. For comparison, Russia has so far spent more than $4 billion on Angara (at the 2014 exchange rate), ten times more than the first version of SpaceX’s Falcon 9 and Crew Dragon. Despite the outlays, the chief designer still blames a lack of funding for causing the project to drag on for 27 years.

On a slightly more positive note, it’s worth recalling the interplanetary spacecraft Federatsiya, renamed Oryol last year (after Roscosmos head Dmitry Rogozin insisted on a name change), which has been in development since 2009 and is more promising in terms of technical specification than Crew Dragon, although the craft hasn't even begun to be tested yet.

Stalled projects and a lunar odyssey

Russia's lunar program is as delayed at its rockets. “I was personally involved with it. In 2011, we put scientific instruments on the Luna-25 spacecraft. It is set to be the first Russian lunar lander [the Soviet Luna-24 touched down in 1976]. The launch was planned for 2013, but almost ten years later the spacecraft has not gone anywhere. Everything gets put back every two years,” complains Shaenko. The latest deadline is October 2021. Luna-25 and the subsequent Luna-26 will probably still fly, but after that new technologies will be needed, and these are still “shrouded in fog.” 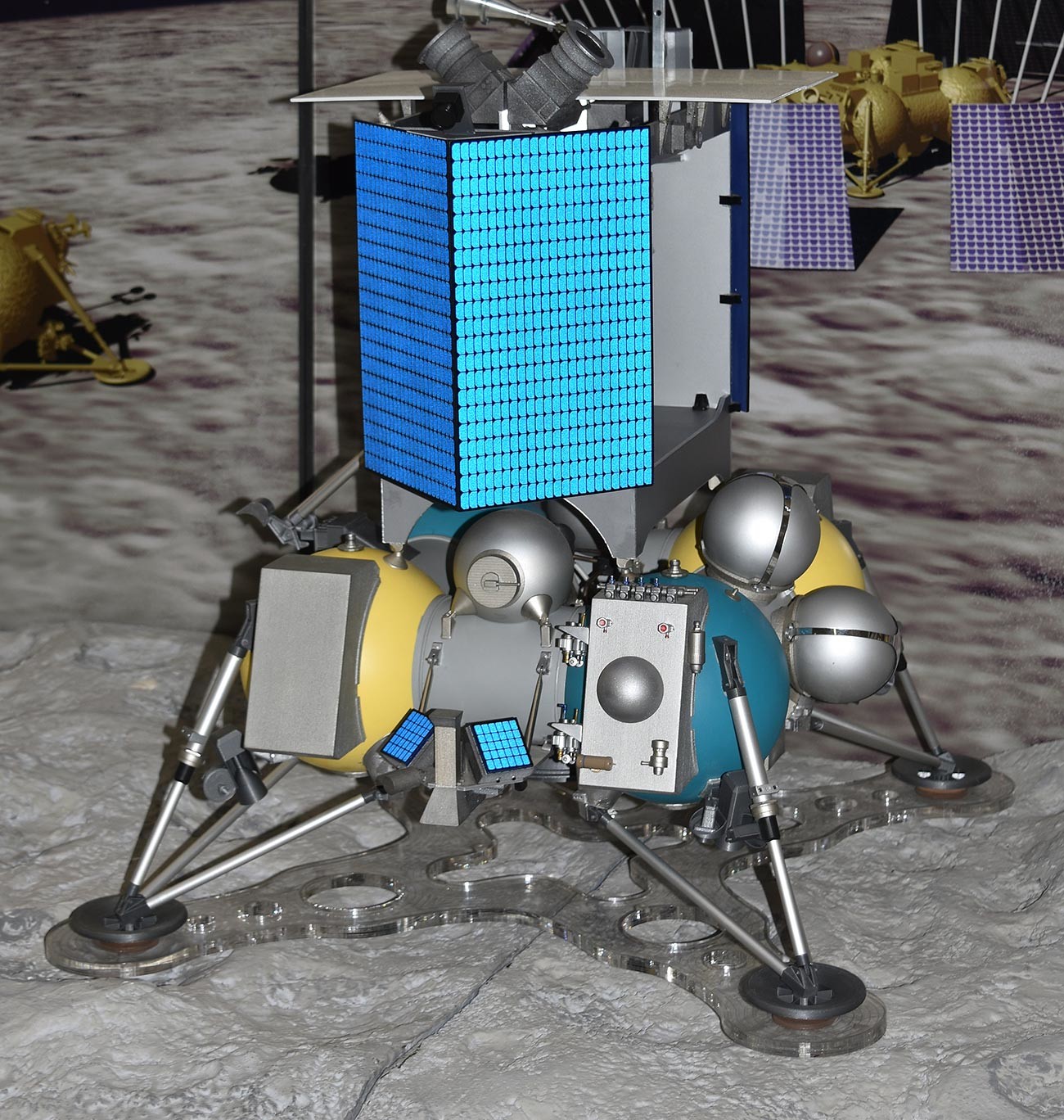 The blame for everything, according to Shaenko, is not funding, but poor organization: the technical specification is constantly being reviewed, the management is changing, and there is a general feeling of inertness and lack of understanding, even inside the design bureaus. According to the newspaper RBC, the Khrunichev State Research and Production Space Center (which makes Proton and Angara) is in severe crisis due to a sharp drop in rocket orders; it is cutting production in Moscow, selling premises to housing developers, and relocating facilities to Omsk [2,700 km from Moscow].

Private space enterprise in Russia accounts for less than 1% of the market, and that market is showing no particular dynamics, says Shaenko. Over the past decade, many companies have opened, closed, and reopened under a different name and slightly different profile, but in general they don't produce heavy rockets, but satellites and other space technology. “Even in five years none will achieve what the private SpaceX did in such a short time. It’s impossible to imagine such a scenario in Russia,” he is sure. 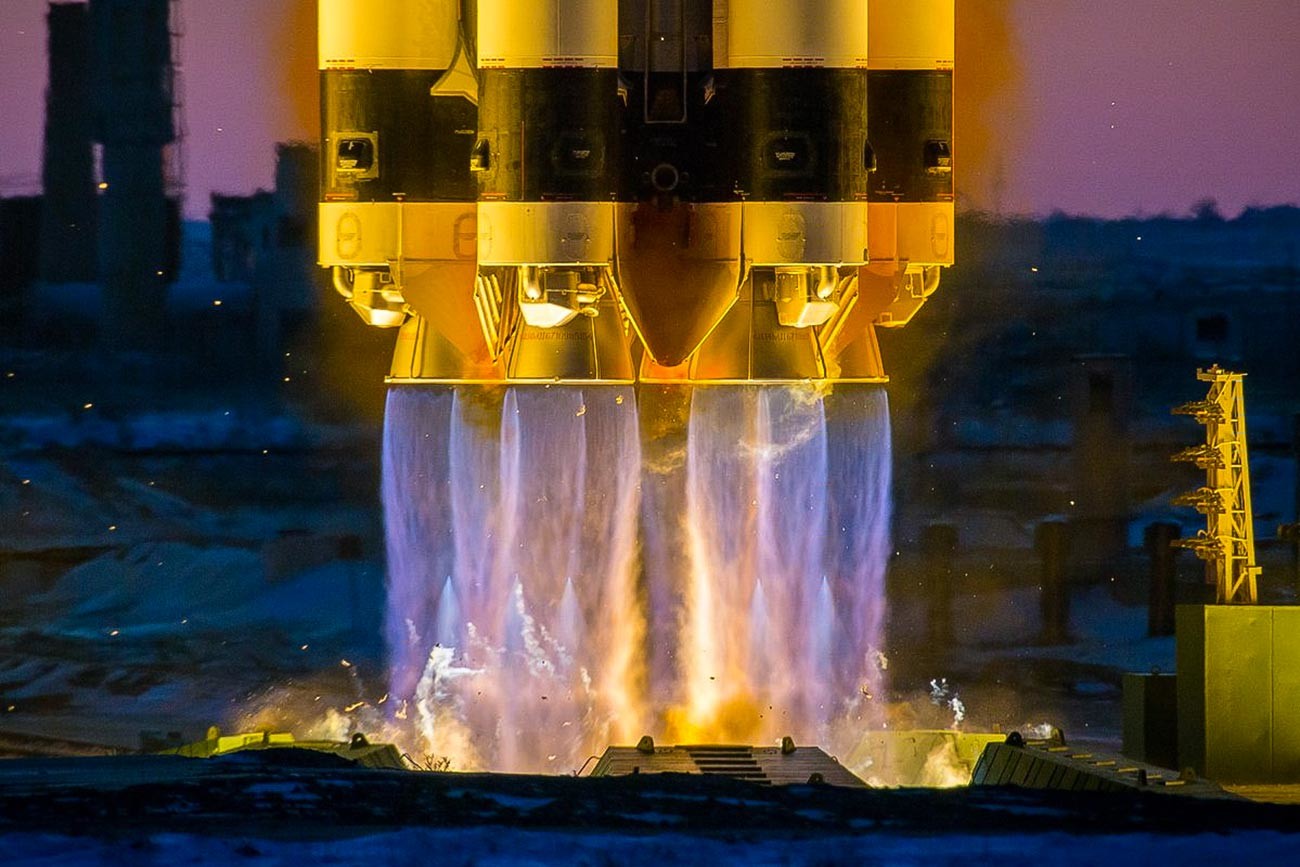 The appearance of such a strong competitor as SpaceX means hard times for Roscosmos, many Western experts are sure. “What’s going to change is that Russia is losing a major source of revenue for their space industry,” writes The Verge. All this should at least motivate the firm to develop its projects. But Roscosmos takes a different view. In any case, there has never been a shortage of “motivating” factors in the shape of NASA and SpaceX (whose first successful launch, Falcon 1, came back in 2008).

“The fact is that Roscosmos is focused on state orders, which account for the bulk of its budget. It doesn’t get much revenue from launching foreign satellites, and even less from sending up astronauts, so losing them is small fry,” says Shaenko. Taken as a whole, launches account for approximately 10% of the state corporation’s budget.

Despite the obvious problems with new developments, Russia is still one of the Top 3 space countries, Egorov believes. “Everything that can be done in space, Russia can do if it really tries. That’s largely due to the Soviet legacy, but there’s nothing wrong with that,” he says. Moreover, cosmonautics is not all about crewed flights. A good example of another area of research is the Spektr-RG space observatory, which is generating a map of the universe and will remain one of the best X-ray telescopes for at least the next decade. And then there is Russia’s DAN apparatus aboard the US rover Curiosity, which is searching for water in the Martian soil; not to mention that Boeing’s Atlas launch vehicles use Russian RD-180 engines, because the US firm cannot replace them. 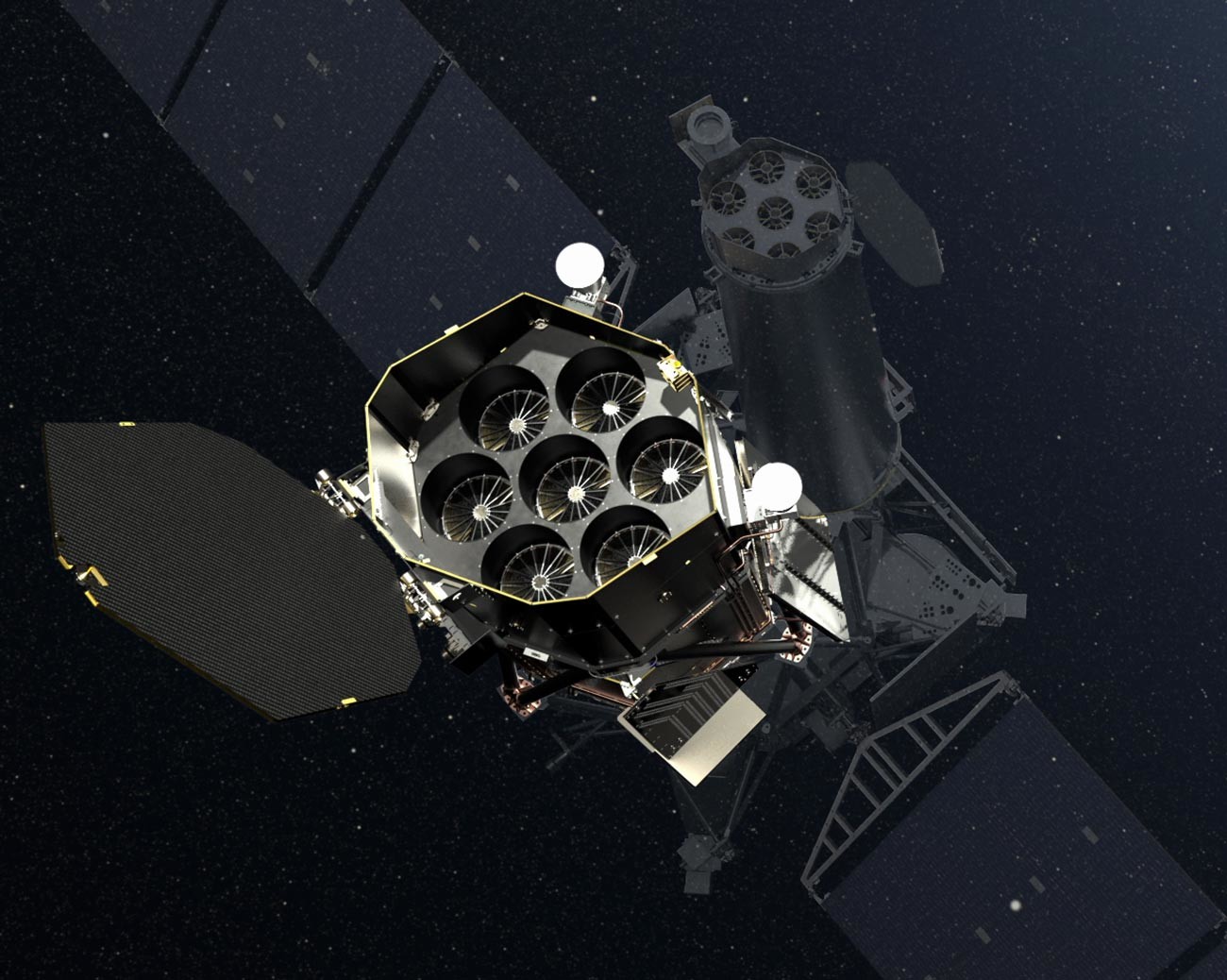 Commercial interests have never been front of mind for Roscosmos, which makes it rather inefficient and sluggish. The agency may be able to compete with the SpaceX of yesterday, and it even develops rockets for assembly using the “Musk method” (that is, using ready-made parts from other launch vehicles), but when it comes to the here and now, it cannot rival the carrying capacity of Falcon 9.  “I don’t see a change in Roscosmos policy any time soon; there are no external factors to make it happen. It sees the commercial space market as peanuts, since its main source of revenue is the Russian state. Even if it loses this market completely, nothing will change; those guys will just carry on doing what they’ve always done,” sums up Shaenko.