What is the Russian SOYUZ spacecraft - the main rival of Crew Dragon? 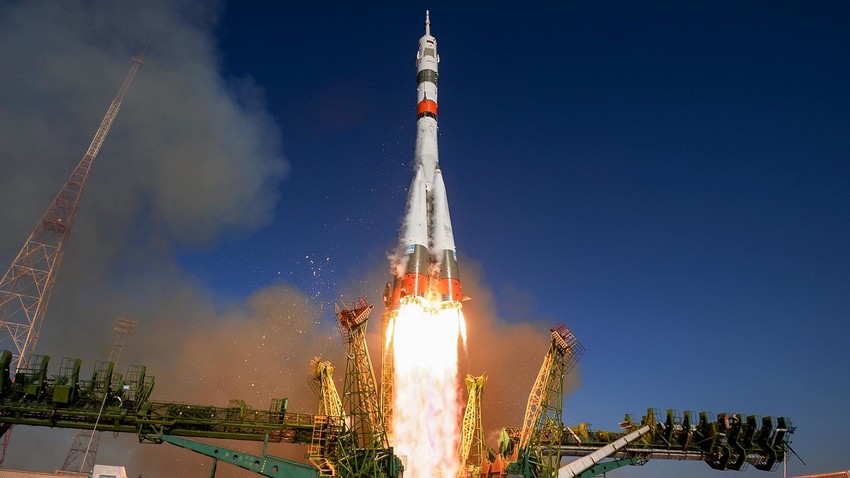 Sergey Mamontov/Sputnik
No doubt you’ve already seen endless comparisons between SpaceX’s recently launched Crew Dragon spacecraft and the Russian thing referred to as the ‘Soyuz’? In case you’re still wondering what the differences are between them - look no further than our explainer.

To get the obvious out of the way first, the ‘Soyuz’ is a Soviet Russian spacecraft that attaches to a rocket of the same name, and ferries cosmonauts and astronauts to the International Space Station (ISS). Until Elon Musk’s successful May 30 commercial launch of the Crew Dragon, the Soyuz, created in 1962, was one of the only options in the world you had of getting into orbit.

That’s right. For almost 60 years now the Russians have been flying to space using the same technology. Evidently, not everyone was happy. And now they have a choice once more. But Russia isn’t in a hurry to swap the Soyuz for the Crew Dragon just yet.

How did the ‘Soyuz’ emerge? 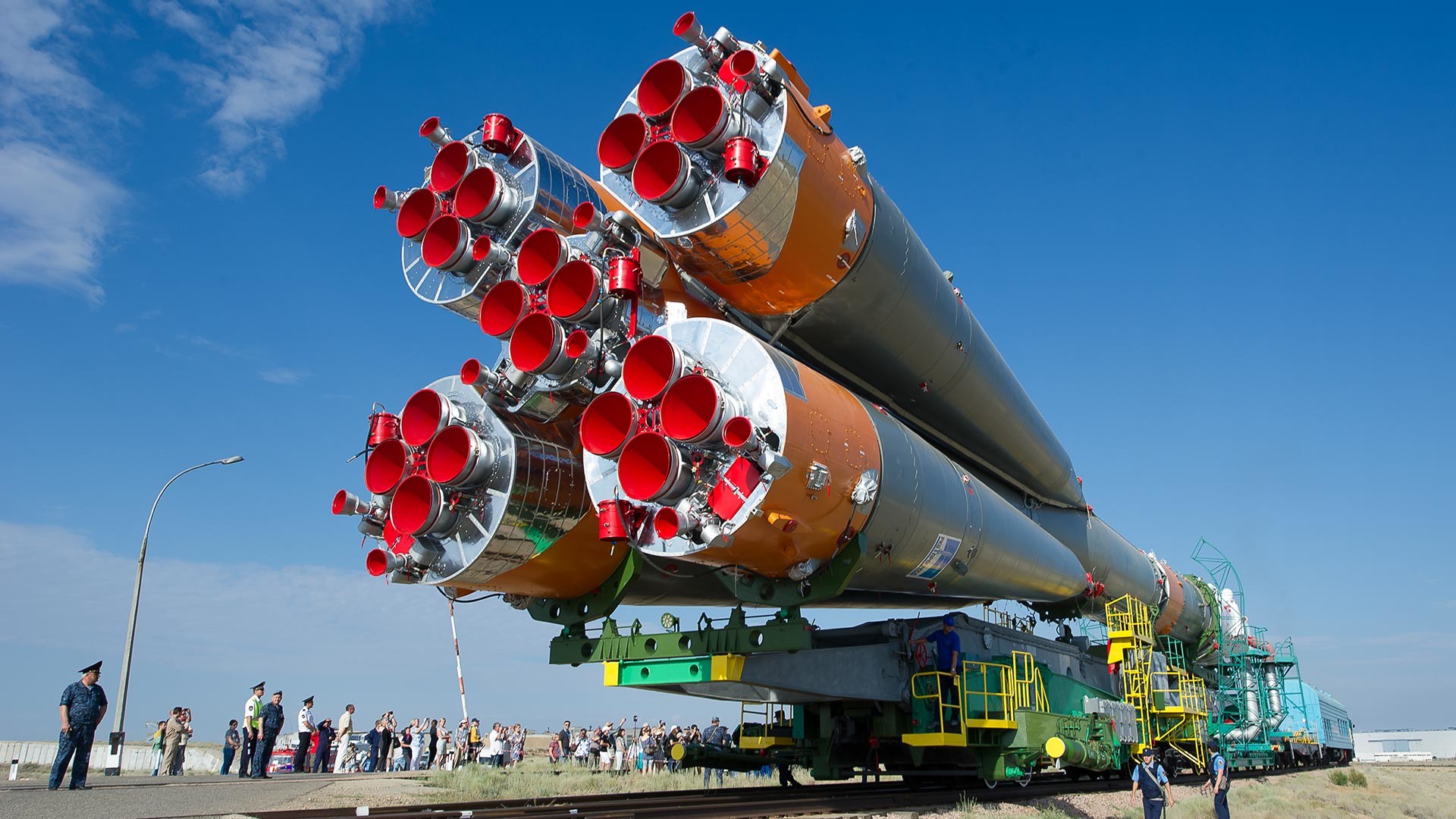 The Soyuz spacecraft itself was made with the first ever launch vehicle of the same name - itself a modification of the legendary R-7 ballistic missile.

Designed by Sergey Korolev, the R-7 was the first ever intercontinental ballistic missile (ICBM) in the world, created for the explicit purpose of delivering a thermo-nuclear payload. However, the amicably-known ‘Semerka’ (“the Seven”) didn’t do too well, and only lasted eight years before being decommissioned. But it was still useful in lending its platform to the development of the Soviet space program for years to come. And so, in October of 1957, the Semerka launched the world’s first satellite into orbit. 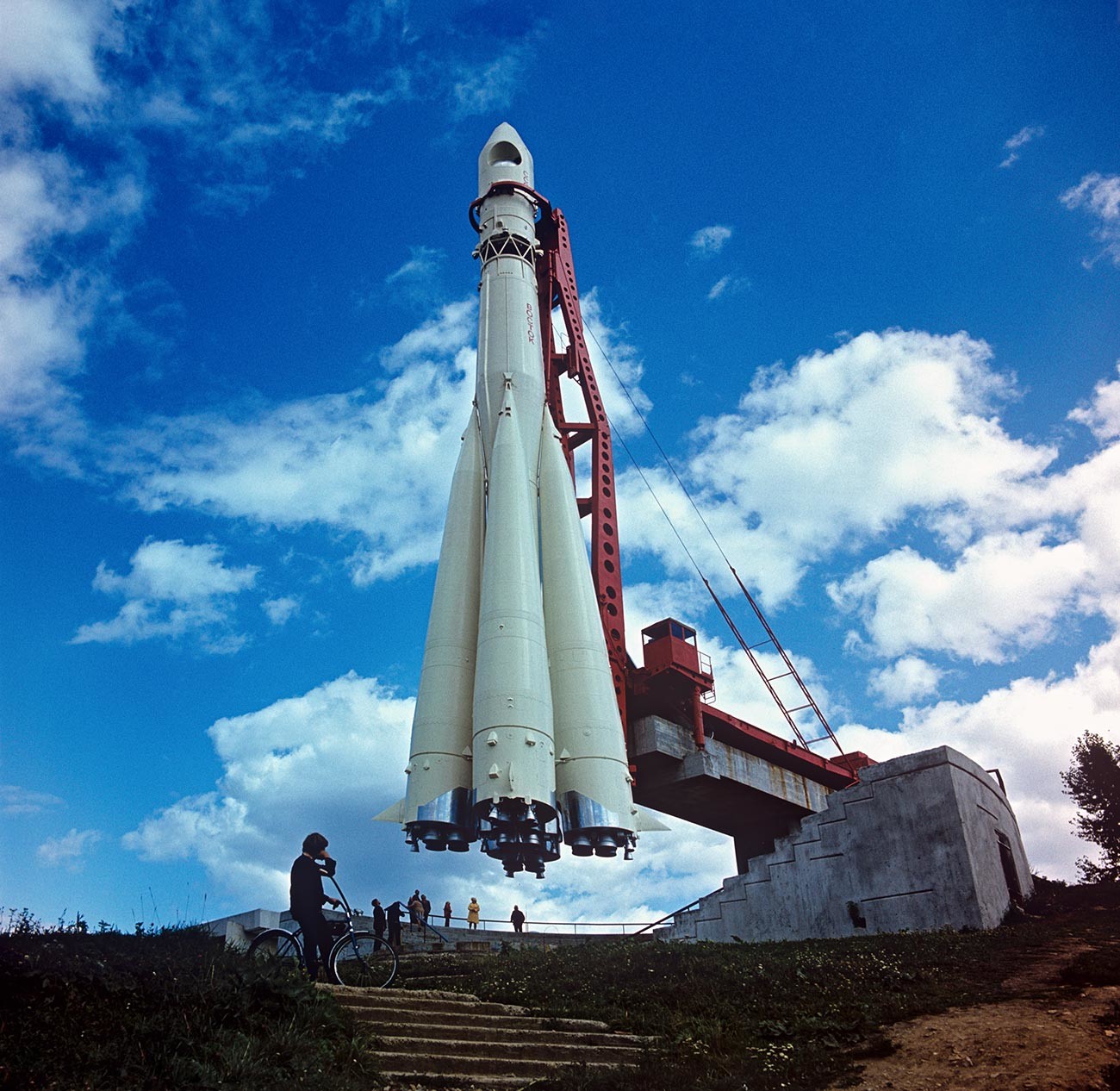 Vostok, another modification of the legendary R-7.

The Soyuz modification also had its own set of objectives. The USSR-U.S. space race was in full swing by then, and the next step for the Soviets at the time was to strike back with a spacecraft of their own. By then, Yury Gagarin had already been to space, and the Soviets had set about designing more intricate missions, namely - circumventing the Moon. The country needed a spacecraft capable of docking in orbit, as well as carrying several cosmonauts on board. 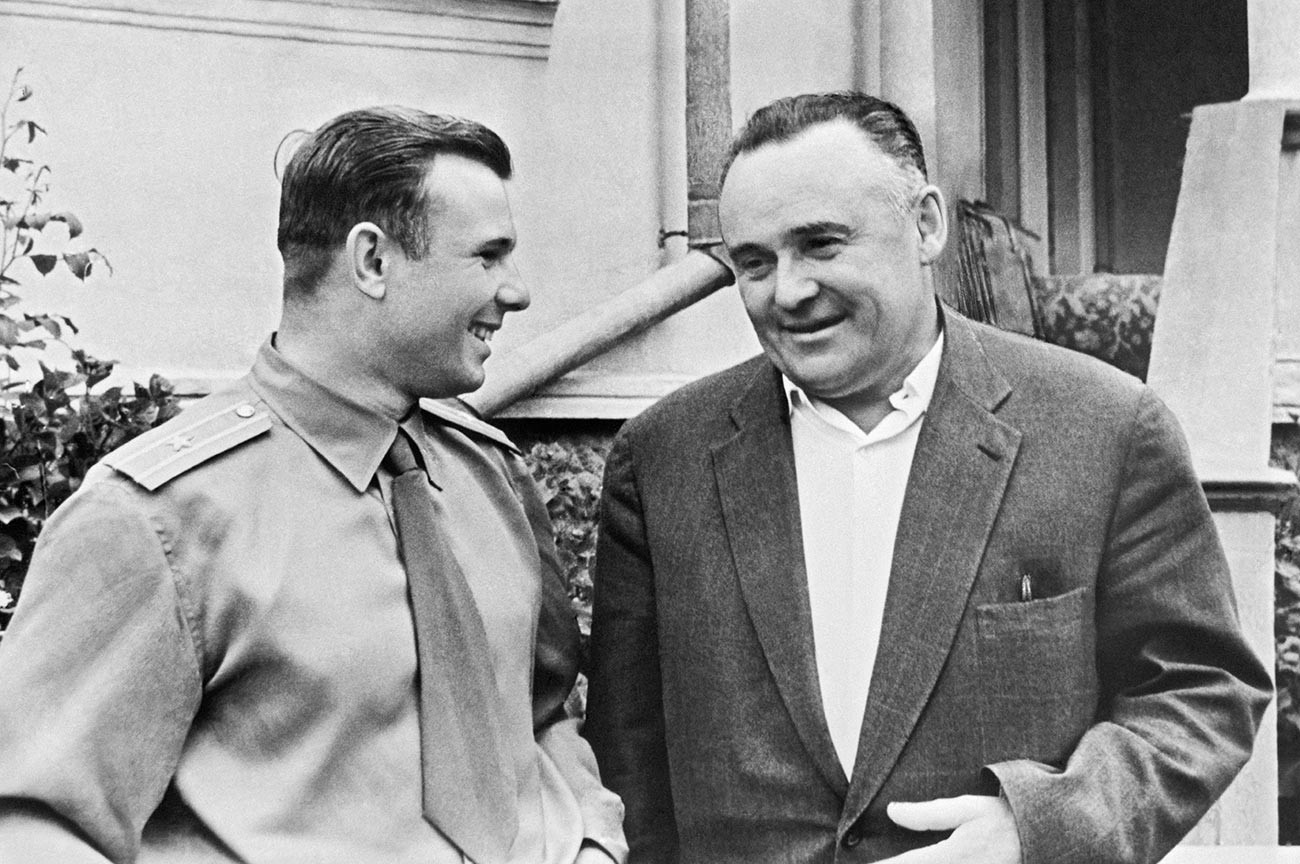 In 1967, the first piloted launch was performed. As we know, the Soviet Union lost the Moon race. However, the Soyuz spacecraft entered into use and stayed there for decades, as it differed from other designs of the time in one major way: it could be piloted safely. The emergency failsafe it possessed would switch on 15 minutes before liftoff, and guarantee safety of the cosmonauts during any stretch of the journey in the event of a malfunction.

What is the Soyuz used for? 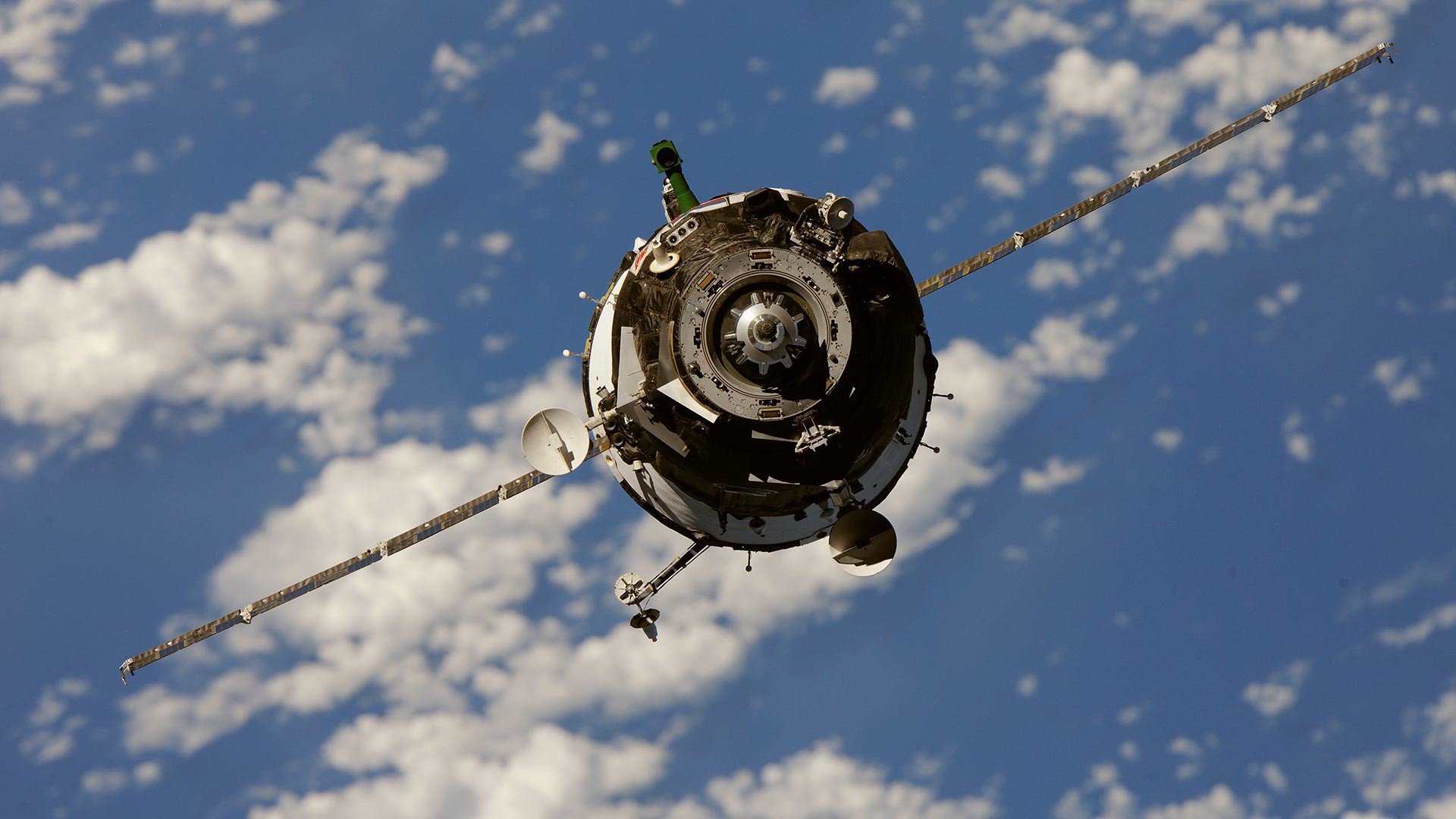 The Soyuz is used as a “space taxi”, ferrying Russian and other astronauts to the ISS using a quota system. It can drop by the station with new supplies like food and water, or new equipment, while also safely returning crews back home to Earth.

Only three crew members can travel aboard the Soyuz at any one time. Since 2011, when the American Space Shuttle program was terminated - and until a couple very recently, Russia held a monopoly on taking humans into orbit.

What’s inside the spacecraft? 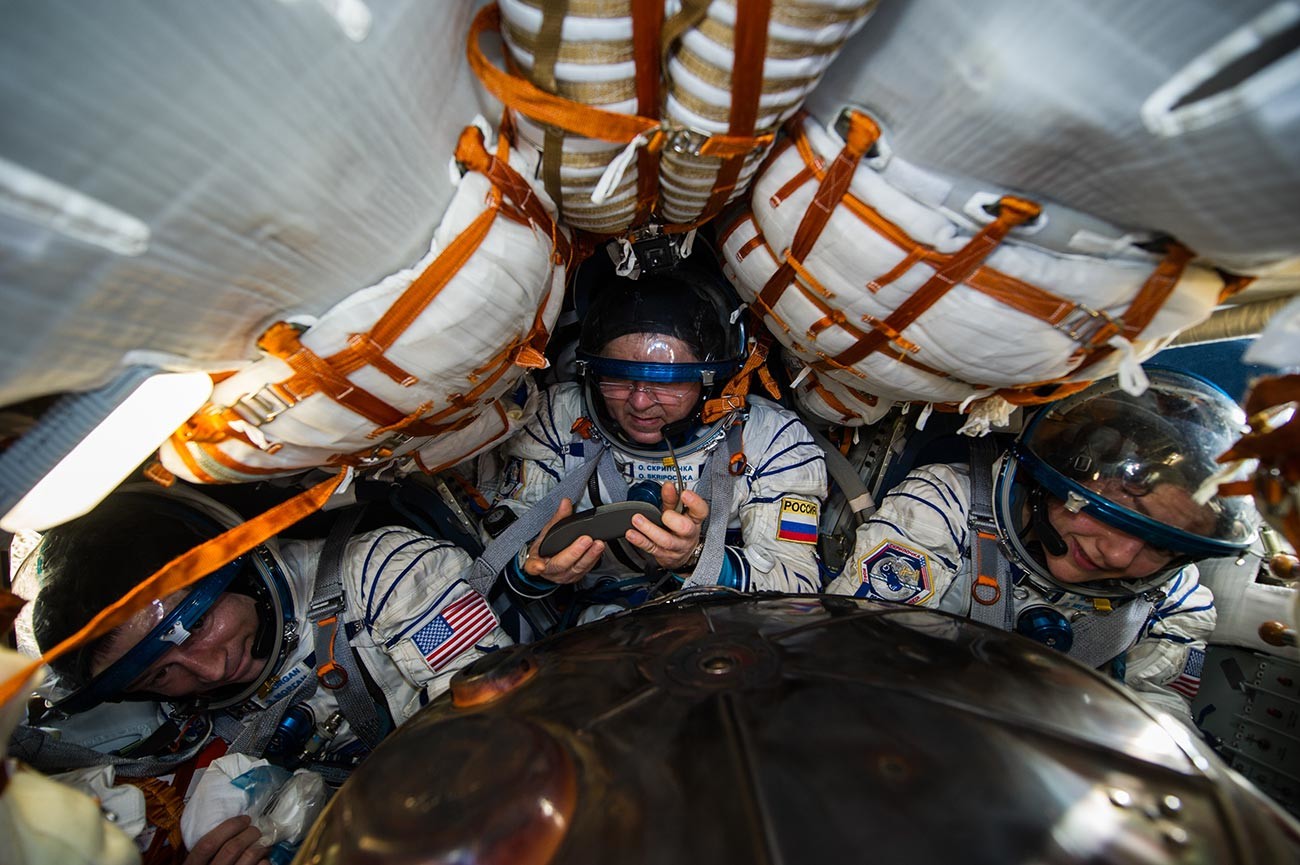 A little more spacious (3,4 x 2,2 meters) is the living quarters, that also house whatever cargo the capsule is delivering to the ISS. It’s also where the sanitation device (a space lavatory) is situated. The thing requires reading a huge manual just to operate (really - it’s not simple to operate at all!). 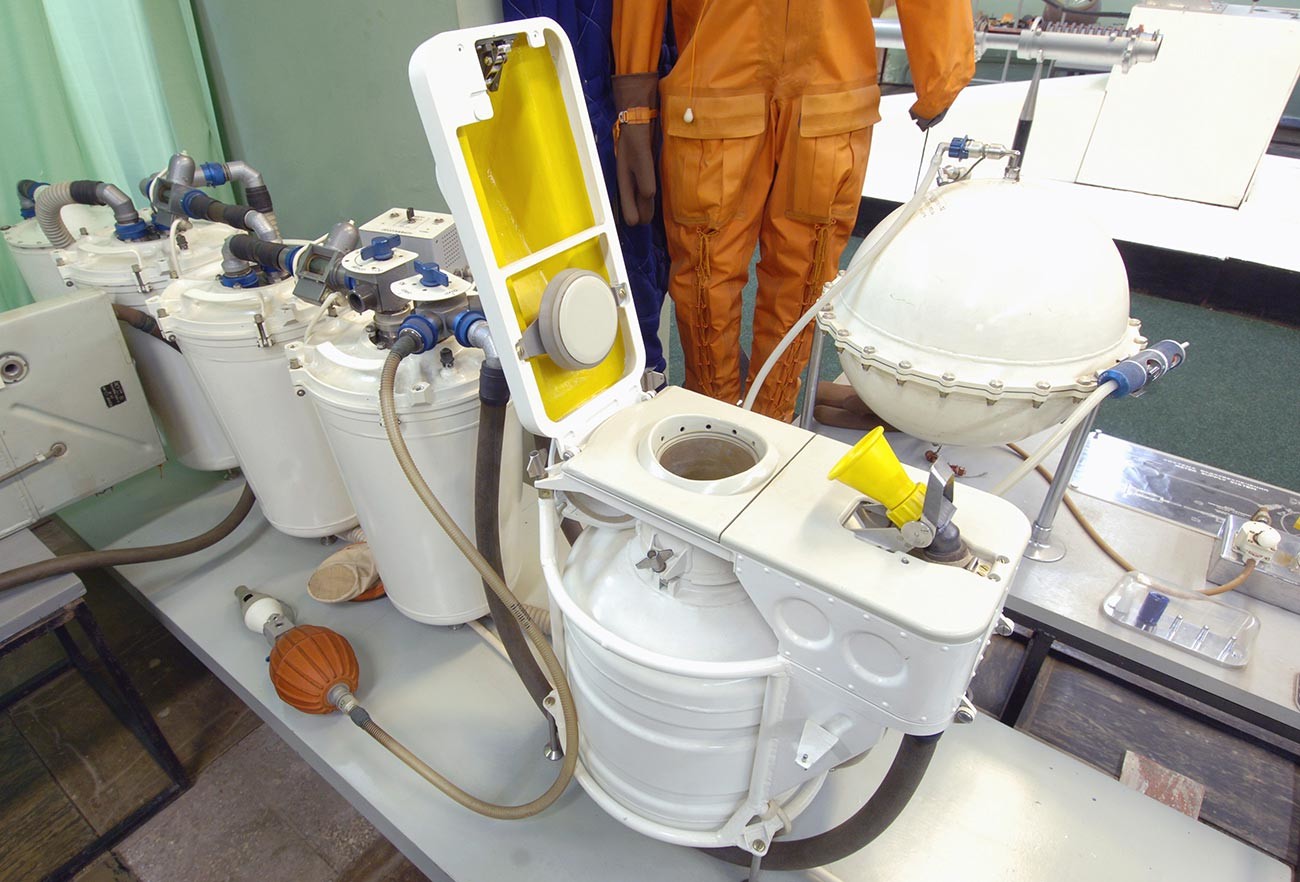 The spacecraft was being modernized all these years, mostly on the inside, particularly the control elements. This is what one of the latest modifications looks like (2016) - the ‘Soyuz MS’. And if you think that all of this looks terribly uncomfortable, that’s because it is.

“The very first time I went into the Soyuz training capsule, I saw my American colleague taking painkillers,”  Dutch astronaut with the European Space agency Andre Kuipers said. “I asked him why he did that, and he said ‘you’ll find out!’ and indeed I had a lot of problems with my knees – it’s very uncomfortable.”

So why does Russia continue to fly the Soyuz? 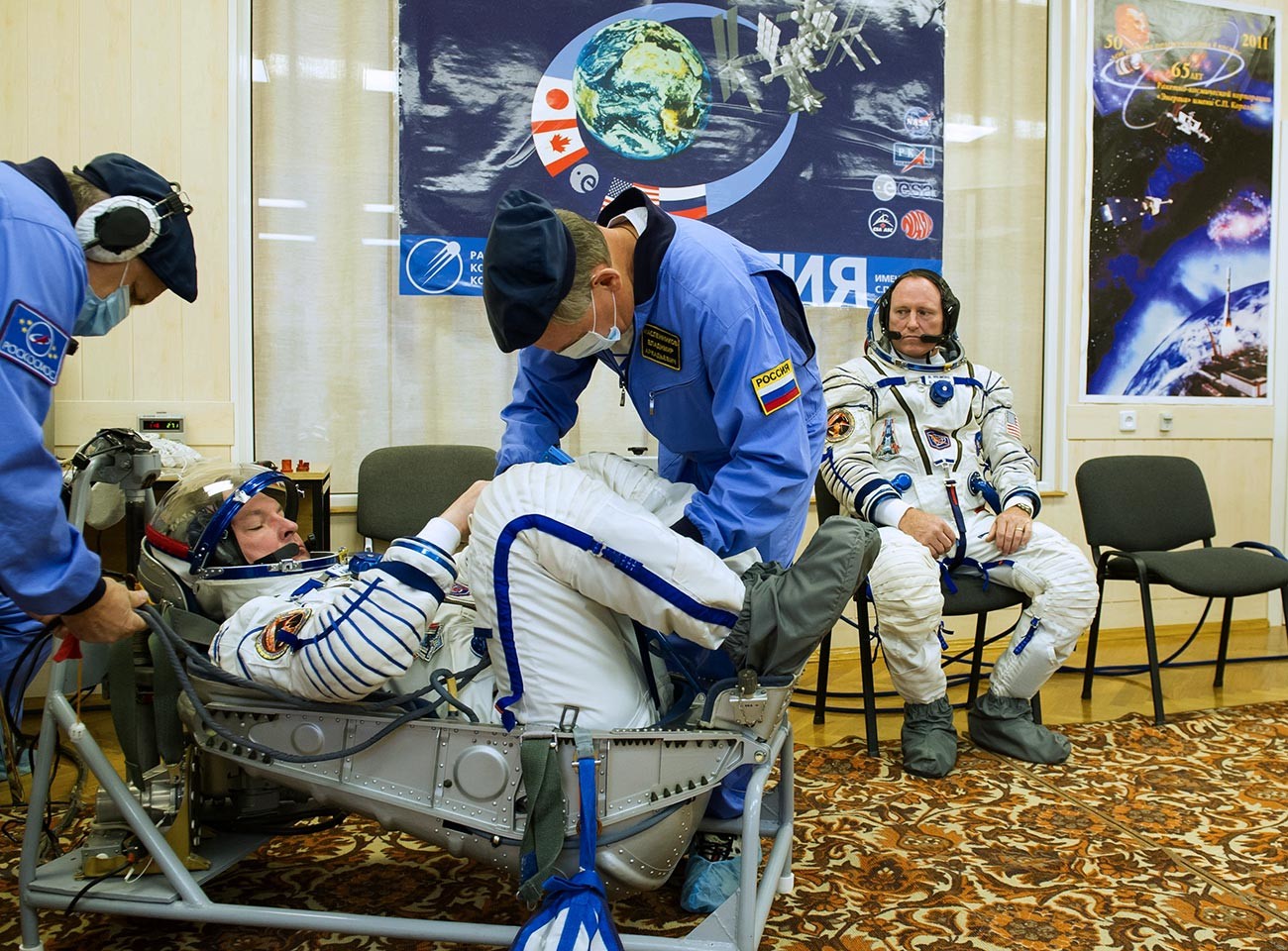 Although the spacecraft could do with better planning (the poor crew has to sit with their knees bent all the way up to their ears!), the Soyuz is today the last stronghold of Roscosmos on the space launch market. Theoretically, a replacement for it should be the new ‘Federatsiya’ (“Federation”) spacecraft with its much more spacious and comfy six-person capacity - renamed this way from last year’s ‘Orel’ (“Eagle”). It’s been in development since 2009. However, Federatsiya/Orel have still not been completed, let alone been to space. 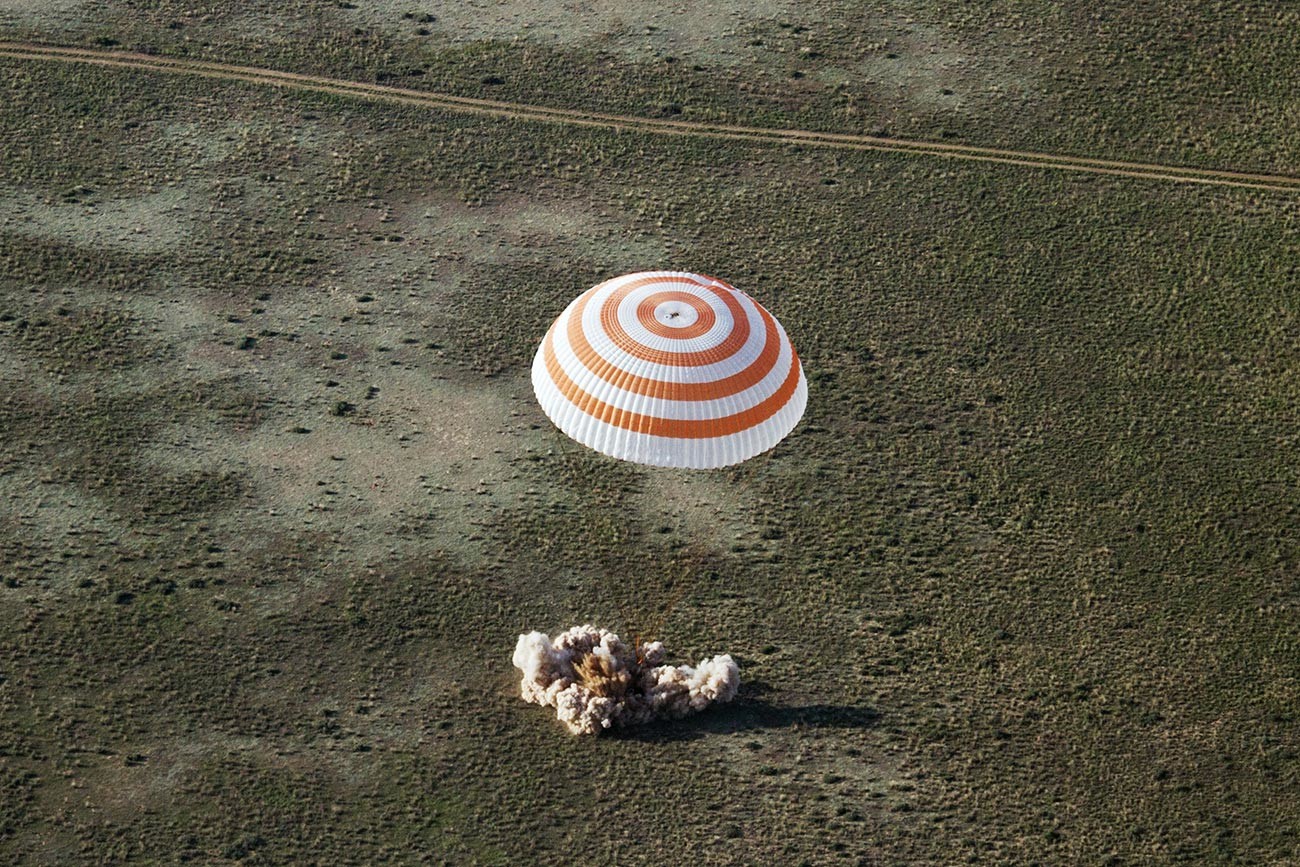 Moreover, even if Roscosmos had a second pilotable spacecraft right now, Russian engineers still believe the Soyuz would continue to serve for some time. It proved itself as an ultra-reliable spacecraft, and it’s this reliability that is considered to be its main selling point. The spacecraft has 149 successful flights under its belt, with only two tragedies since its maiden voyage - both near the very beginning of its existence in 1967: in one case, a cosmonaut died after the parachute system failed to deploy, and once again, in 1971, when cosmonauts died on descent due to loss of air pressure.