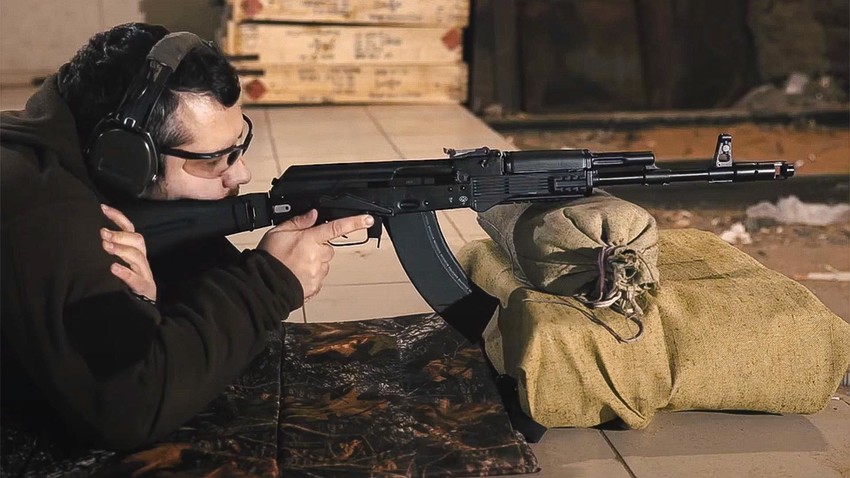 Kalashnikov Media
The smoothbore version (one that has a barrel without rifling) of the 100-series Kalashnikov intended for use by Russia’s Special Forces is now available in stores, customized for use with new Russian-made rounds.

The Kalashnikov Concern has released a smoothbore weapon with characteristics borrowed from military AKs. The new rifle for the civilian sector was dubbed ‘TG 2’ and developed for the new Russian-made 366 TKM rounds. 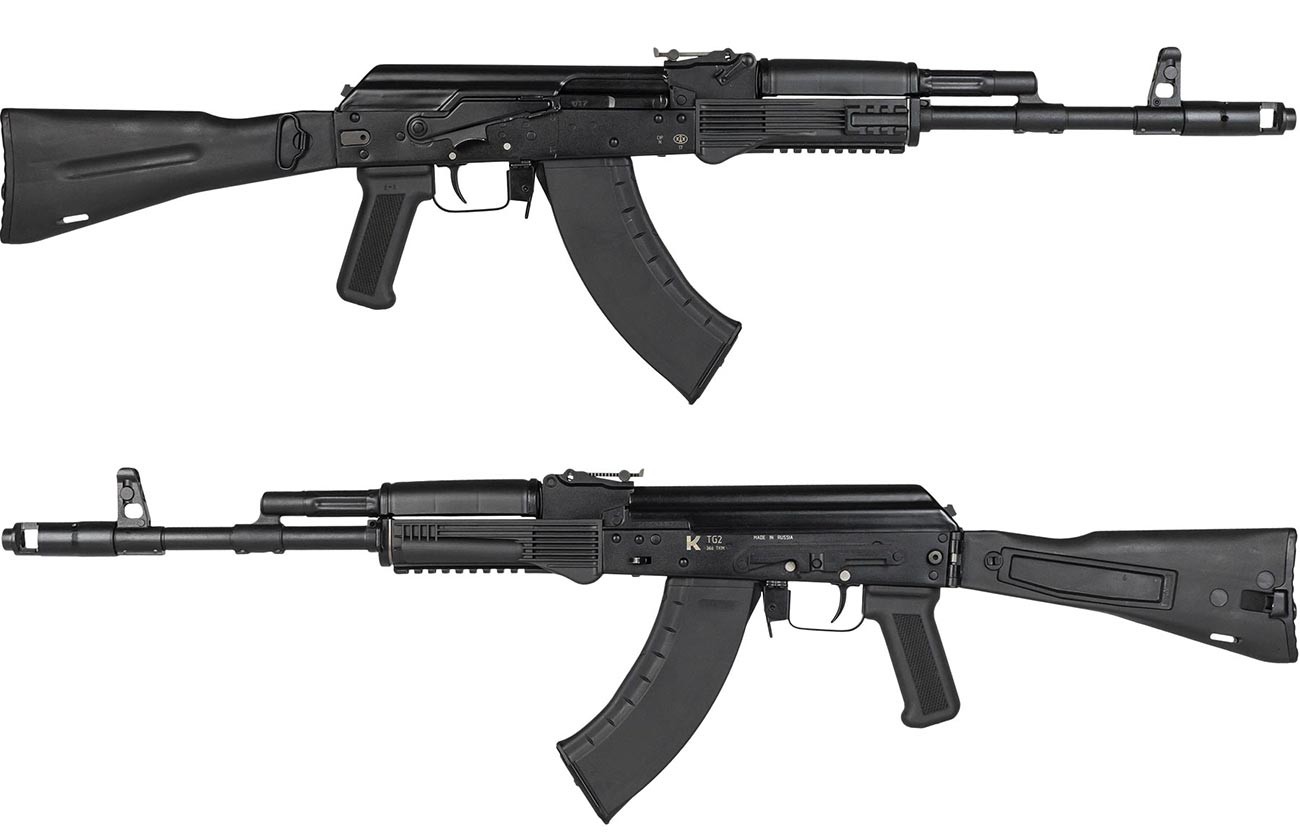 The new design copies the AK-103, which uses 7,62х39 mm rounds. That’s where the difference between the two lies. If the first carbine is made for use with the above-mentioned round, the new TG 2 is intended for use with the 366 TKM.

“The TKM bullet is 1,5 times heavier than the 7,62x39. It has great stopping power and is suitable for hunting mid-sized prey,” according to military analyst Dmitry Safonov.

The outside differences between the two rifles end with the safety. The new carbine has a platform for quickly manipulating the weapon and switching from safety to battle mode.

“The classical layout made it necessary to take your hand off the handle in order to operate the safety. The new version solves the issue of ergonomics,” the expert added.

The front part of the TG 2 sports a fore-end with Picatinny bars. The base model is quite plain, with few bells and whistles, complex solutions or premium materials. It’s made of an impact-proof polymer and allows the user to opt for the minimum body kit - a tactical handle, flashlight or a laser sight.

The TG 2, similar to the AK-103, has a foldable butt made from the same polymer as the rest of the weapon. This function enables constructors to reduce the size of the rifle. Furthermore, the civilian TG 2 - unlike Kalashnikov’s military version - can’t shoot with a folded butt, which makes for greater safety.

“The TG 2 also has a platform for attaching various sights to the bracket, or for additional Picatinny bars. The magazine takes 10 rounds,” the analyst said. 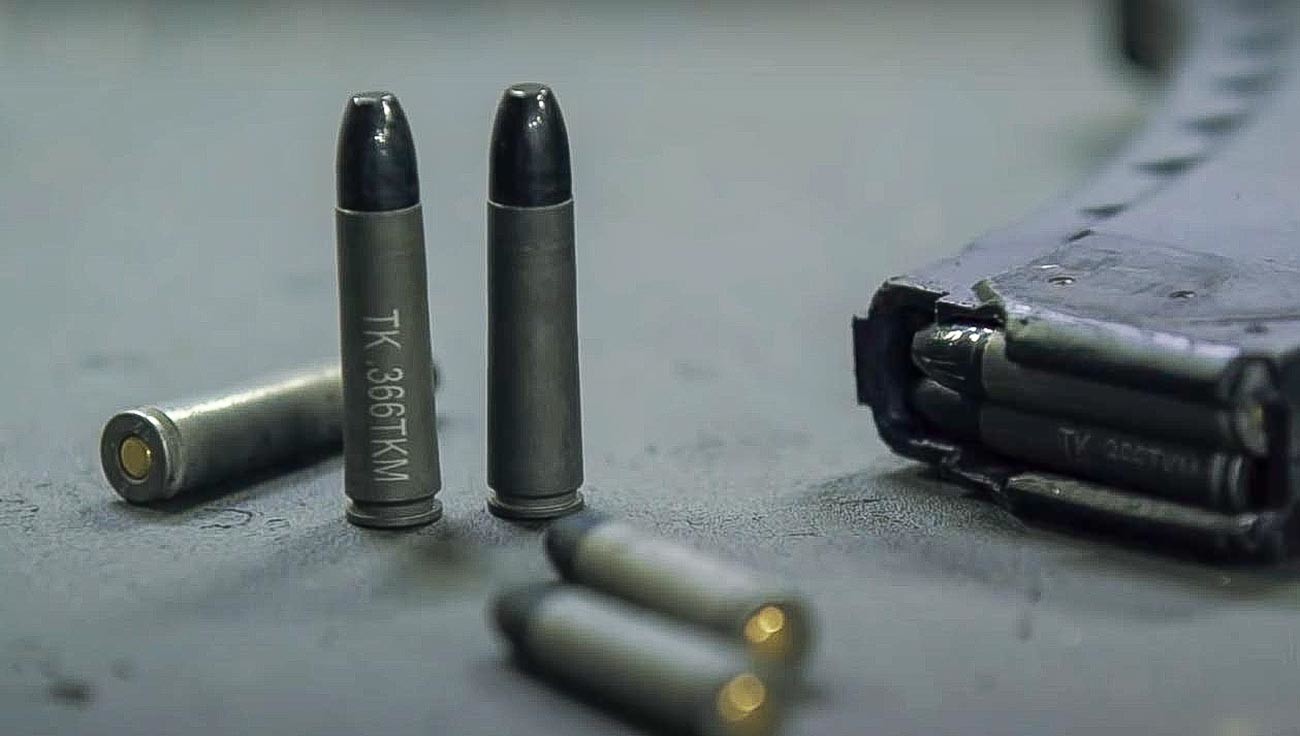 The TG 2 is a smoothbore rifle, legally-speaking. It can be bought on the first day you get your license. Technically, the barrel is smooth and lacks the internal grooves that culminate in the so-called Paradox add-on.

“It’s a small part inside the chamber, measuring 15 cenimeters, which already has grooves and spins the bullet inside the chamber. The add-on stabilizes the bullet and is enough to use the weapon in burst mode at distances normally used by groove-fitted weapons. Put simply, we get a smoothbore weapon with the capabilities of a grooved one,” says Professor at the Academy of Military Sciences, Vadim Kozyulin.

Russian law states that the classical AK can only be bought after five years of successfully using a smoothbore weapon. If you aren’t in the mood to spend five years at a gun range as you wait to qualify for a strong-recoil weapon, you can purchase the TG 2 without any restrictions.