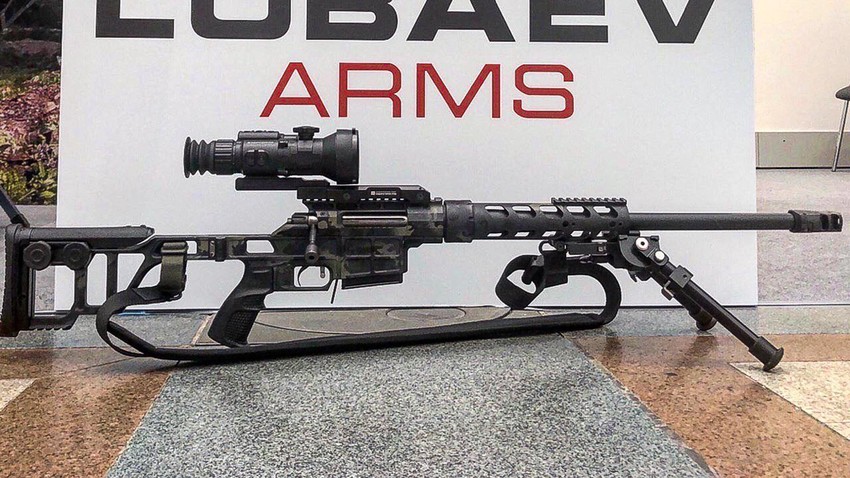 Lobaev Arms
It was created by the company famous for the SVLK-14S Sumrak ultra-long-range sniper rifle series.

“The new rifle is more compact than previous developments by Lobaev Arms. The weight of the DVL-10M3 has been reduced to 4.5 kg, and it is equipped with a 500-mm barrel. Its effective firing range is up to 1 km,” said Alexander Slobodyanyuk, senior expert at Lobaev Arms.

In addition, the weapon is highly accurate (approximately 0.38 MOA). Translated from sniper-talk into human language, this means that a cluster of five shots fired from 100 m away is scattered at less than 3 cm between each. 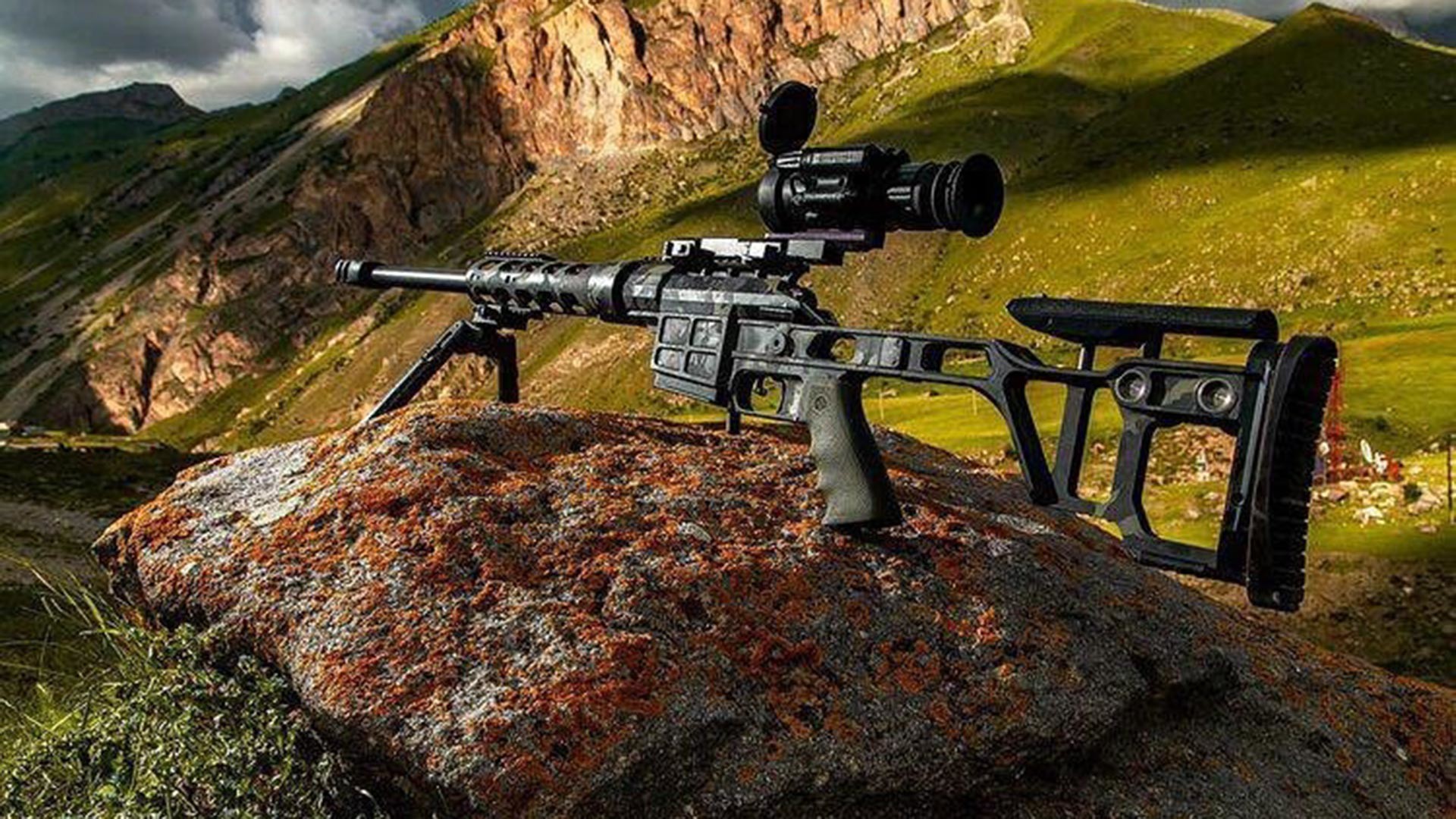 In the words of Slobodyanyuk, the DVL-10M3 platform can be adapted for barrels of different caliber, including 7.62x51 mm (.308 Winchester), 6.5x47-mm Lapua and 6.7-mm Federal. He added that the DVL-10M3 can be used in combination with a silencer.

“All these calibers and physical characteristics make the weapon ideal for counter-terrorist operations in an urban environment, where the sniper requires filigree precision to hit the enemy's body at a distance of 300 m,” former Izvestia analyst Dmitry Safonov told Russia Beyond.

As he explained, police snipers train on 20x20-cm targets (the size of a human head) at a range of 300 m. This exercise simulates a headshot at a terrorist shielding behind a hostage.

What’s more, the DVL-10M3 fires bullets at more than three times the speed of sound (840 m/s), and the rifle itself works safely at temperatures ranging from -45 to +65°C. It is compact and lightweight compared with European and US counterparts, namely Barret and Heckler & Koch — the new Russian rifle weighs almost 2 kg less, which is a significant factor for operatives already laden with body armor and multi-kilogram duffle bags. 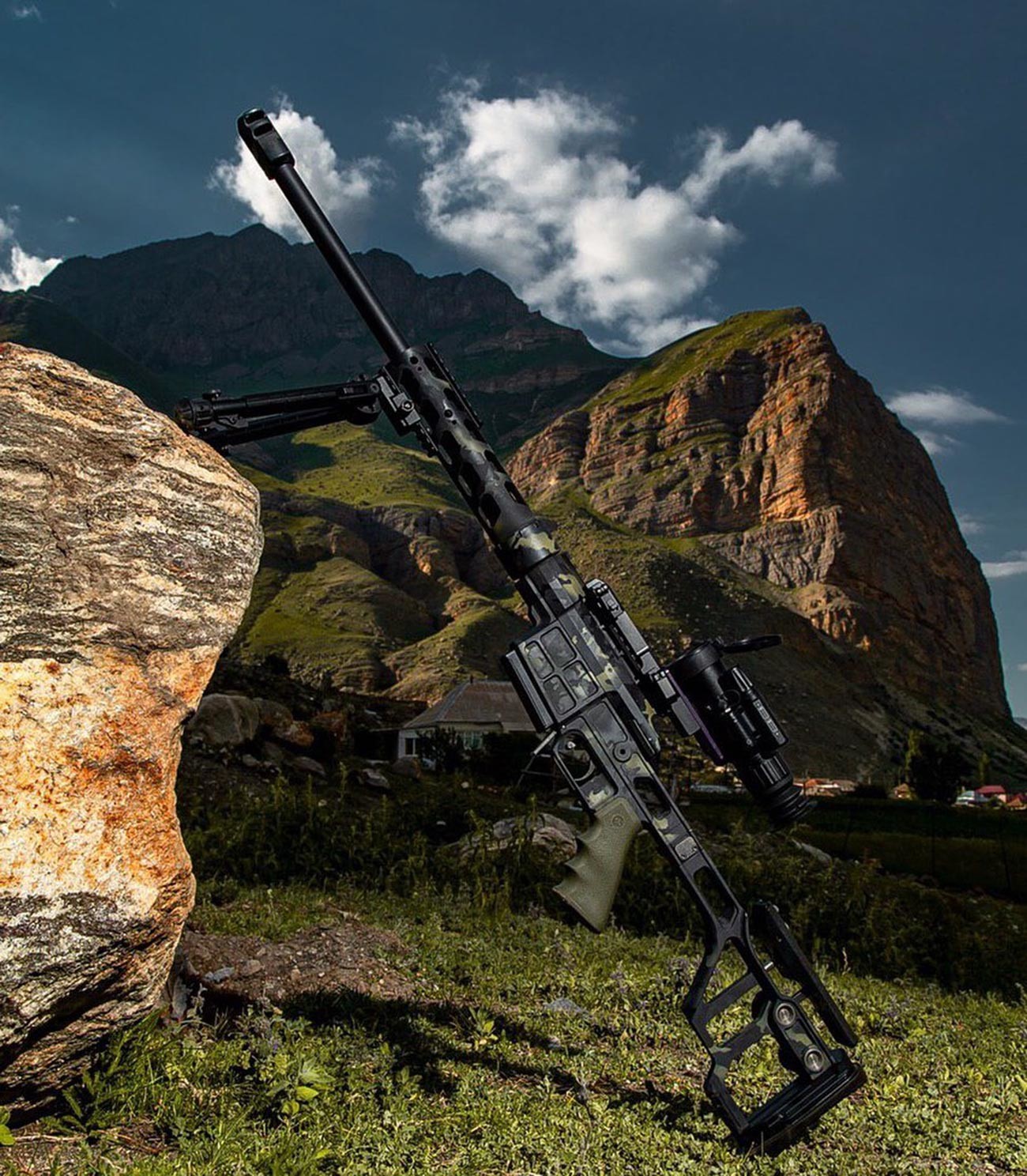 “Lobaev Arms is proud of the weapon’s sensitive trigger action. It is far softer and shorter than that of the Dragunov sniper rifle currently in service with [the Russian] army,” remarked Safonov.

This nuance, he says, is a key component of high-precision shooting. A sniper rifle must have rigid ports, minimal movement of parts, and the shortest and most delicate firing mechanism to allow the shooter to hit the bull’s-eye from hundreds of meters away.

The DVL-10M3 is available through the Lobaev Arms website or from dealerships in the buyer’s country. The rifle without a case costs around $4,000.