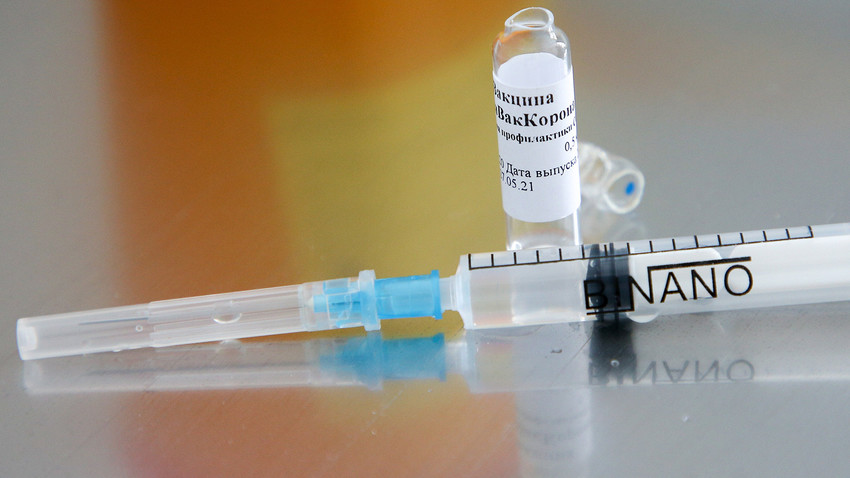 Dmitry Rogulin/TASS
Russia has started vaccinating people with a second registered vaccine against the coronavirus - EpiVacCorona. It is supposed to provide immunity for six months. Here is our brief account of what else is known about it - according to its developers.

What type of vaccine is it?

EpiVacCorona is a peptide vaccine. It has been developed on the basis of three synthesized peptides - short fragments of the spike protein of the SARS-CoV-2 coronavirus. These spike proteins help the virus to cling to a human cell and get inside it. It is a kind of irritant to which the cells of the immune system react before going on to fight the virus.

It was developed by the Vector research center in Siberia. It has been developing peptide platforms for vaccines for more than 20 years and they have already been used in the development of a vaccine against Ebola hemorrhagic fever.

Does the vaccine contain the coronavirus or any other virus?

No, the vaccine does not contain either the live virus or any elements of the viral genome. In this, it differs from the other Russian vaccine, Sputnik V, which was developed on a vector platform (it contains adenoviruses). In this respect, EpiVacCorona is regarded as the safer of the two, because it doesn't cause an allergic reaction or complications - this has been proven in tests on animals and trials with volunteers.

“One can be revaccinated with it all one’s life without fear of an allergic reaction or the appearance of antibodies to the vector - there is no vector in it,” explains Alexander Ryzhikov, vaccine developer and head of the department of zoonotic infections and influenza at Vector.

What can be said about its efficacy?

Research shows that 100 percent of volunteers showed an immune reaction to the vaccine: all of them developed antibodies. The immunity lasts six months , according to the vaccine’s developers. Antibody titer measurements result in roughly the same ratios in both vaccinated and recovered patients; in those who have recovered, the figure is slightly higher (1:80 versus 1:60). 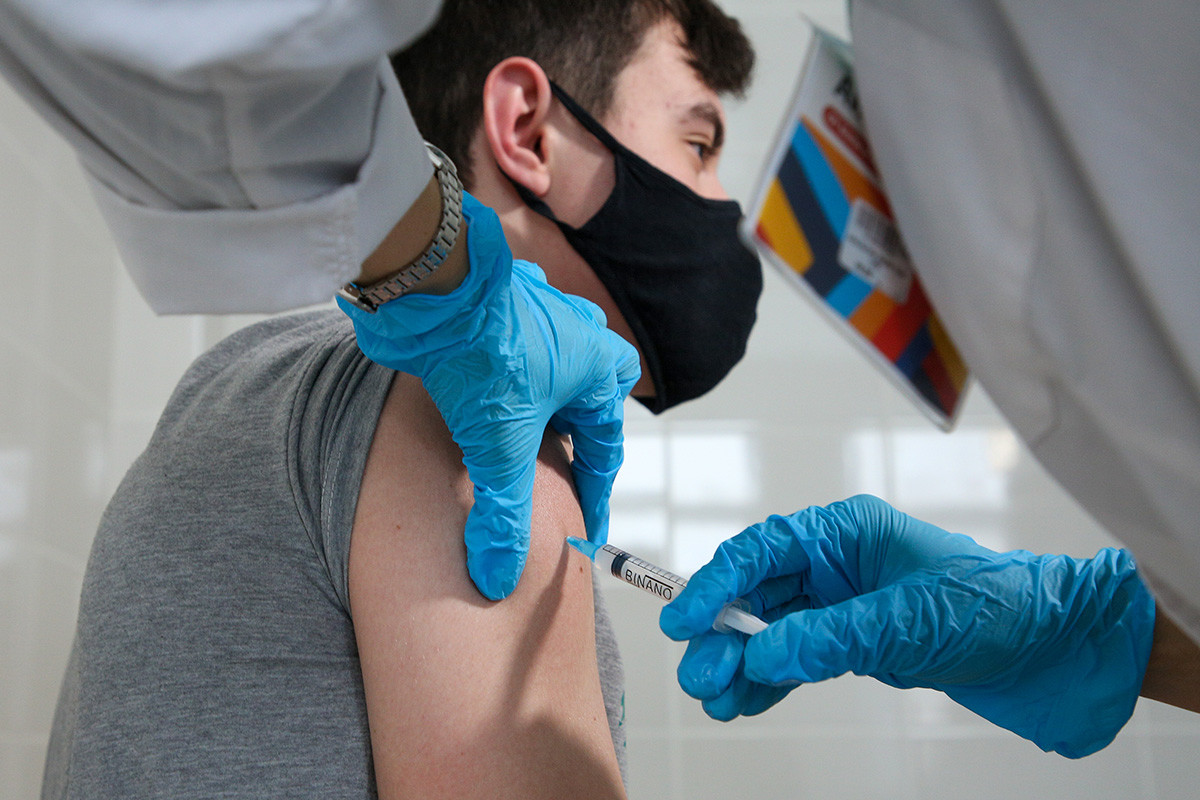 At the same time, it is argued that the vaccine is suitable against different variants of the coronavirus (its mutations), because it is based only on the “conservative” parts of the viral protein, which don’t undergo changes. This theory was also tested experimentally on the British strain.

But that’s where the confident talk about its efficacy ends. The thing is that the EpiVacCorona preclinical trials (Phases I and II) were carried out on 100 volunteers - and, so far, this is the only argument in favor of the claim that EpiVacCorona works. Only short-term safety, the presence and frequency of adverse events and its immunogenicity - the vaccine’s ability to provoke an immune response - have been assessed at this stage. To date, the results of these studies have been published only in the rarely-cited Russian journal Infektsiya and Immunitet (Infection and Immunity), which comes under Rospotrebnadzor, the main regulator that issues permits for the use of vaccines.

Efficacy - essentially the ability to provide protection against disease - is not described in the study. This is dealt with in another study - the Phase III clinical trials. And Phase III is still under way.

What are the issues with the vaccine trials?

The sample size has been too limited and the developers themselves own up to this. Just 3,000 people are taking part in Phase III and a quarter of them have been given a placebo. This is one-tenth of the sample for Sputnik V. “The trials have been taking place at a very unfavorable period - during a flare-up of the disease,” is how the developers explain it. They say reassuringly, however, that clinical trials of vaccines against seasonal diseases are based on similar samples and, in this case, such a sample size will also be sufficient. 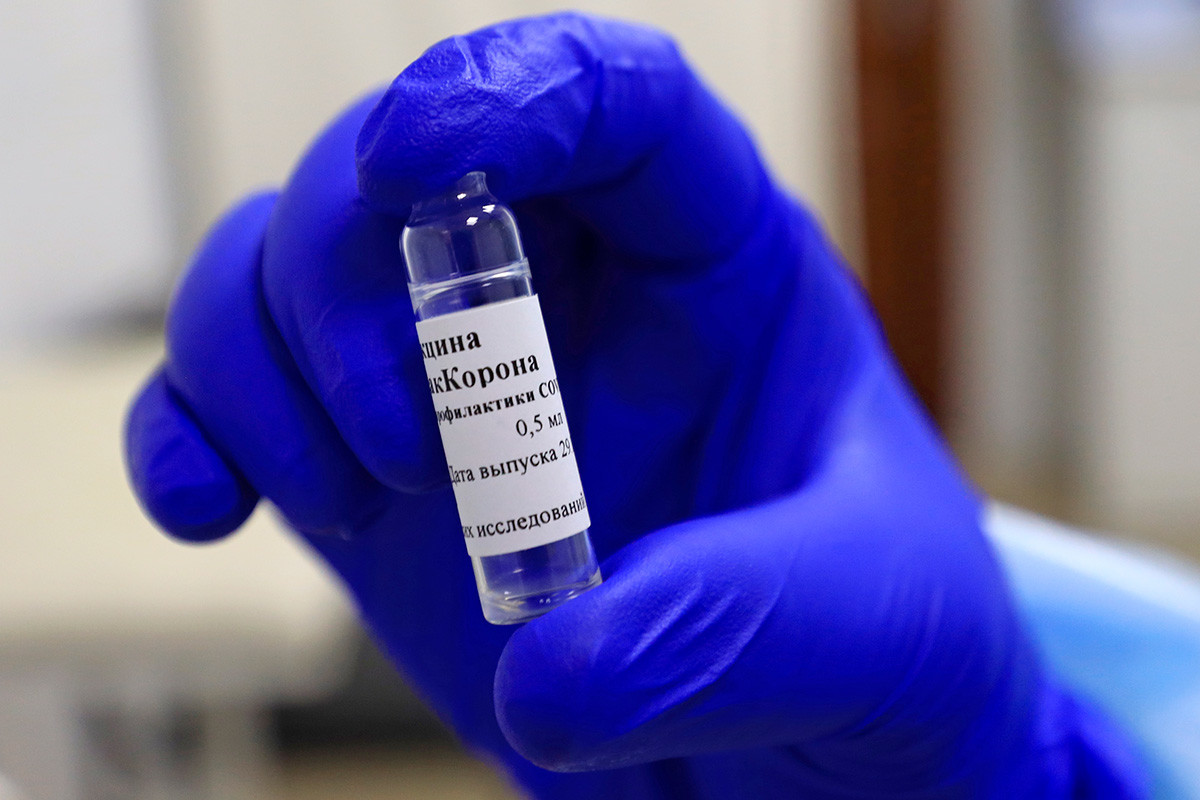 Another issue is the virtual absence of confirmed data about the vaccine’s effectiveness. No-one is arguing that the vaccine does not trigger the production of antibodies, but other components are of critical importance in the creation of immunity, too - a T-cell response, cytokines and so on. There is no data on these yet. There are still nine months to go before the completion of Phase III. Moreover, it is the most important phase as, according to statistics, just 30 percent of clinical trials of vaccines pass this stage, while the rest fall by the wayside even when good results have been obtained in the earlier stages.

Meanwhile, mass public vaccination with EpiVacCorona has already been taking place in Russia since mid-March 2021, including with people aged over 60, and a number of foreign states have expressed an interest in importing the vaccine.

How many doses are needed?

EpiVacCorona is injected in two doses with an interval of 14-21 days.

Are there any side effects?

So far, minimal side effects have been reported - this is EpiVacCorona’s main advantage over all other existing vaccines and it is something no-one is disputing.

Volunteers in the Phase I and Phase II trials reported minor soreness around the area of the injection, which passed rapidly. No other adverse symptoms were noted.

The unofficial Telegram channel set up by participants in the Phase III trials reveals minimal side effects: discomfort and redness around the injection area lasting a day and a bad pain in the shoulder. None of them noted a high temperature or body aches, or at least, no causal connection with the injection was established.