RARE Soviet concept cars that could have become hits (PHOTOS) 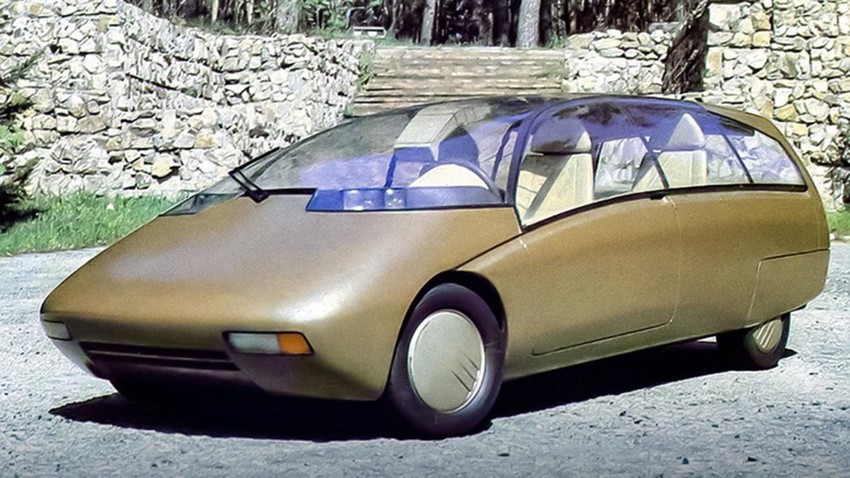 Scientific and technical center AVTOVAZ
A futuristic minivan, a stylish bus, an electric car – all these vehicles could have at some point been driving on Soviet streets.

The VAZ-2702 ‘Pony’ was a Soviet attempt at an electric car, which ended in complete failure. The first prototypes of this small, but very heavy vehicle were created in 1979 and continued to be worked on until 1986. 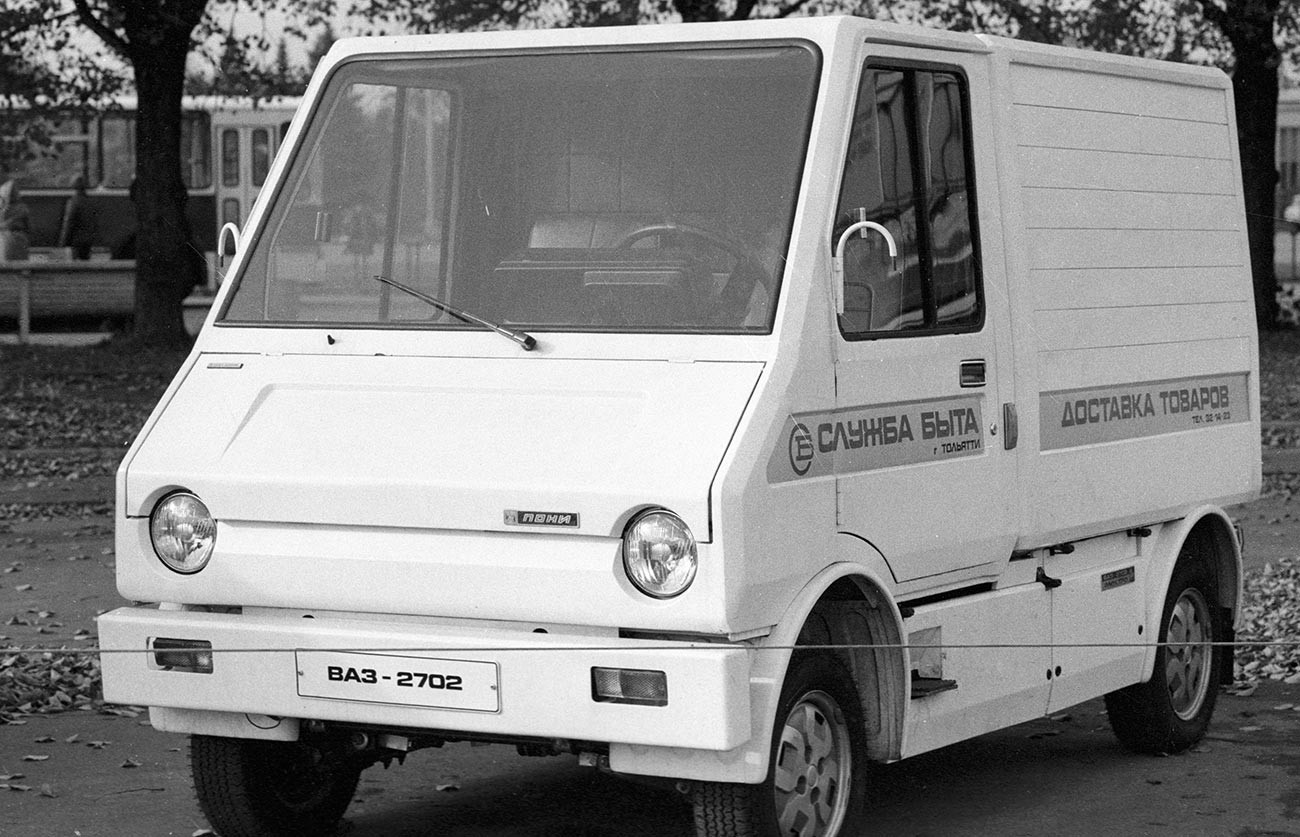 Unfortunately, nothing came of it. The ‘Soviet Pony’ proved to be too heavy because of its batteries and even attempts to increase its carrying capacity by replacing steel with aluminum or developing quick-release batteries were unsuccessful. The maximum it was capable of on a full charge was to carry a cargo of 400 kg for a distance of 70 km. 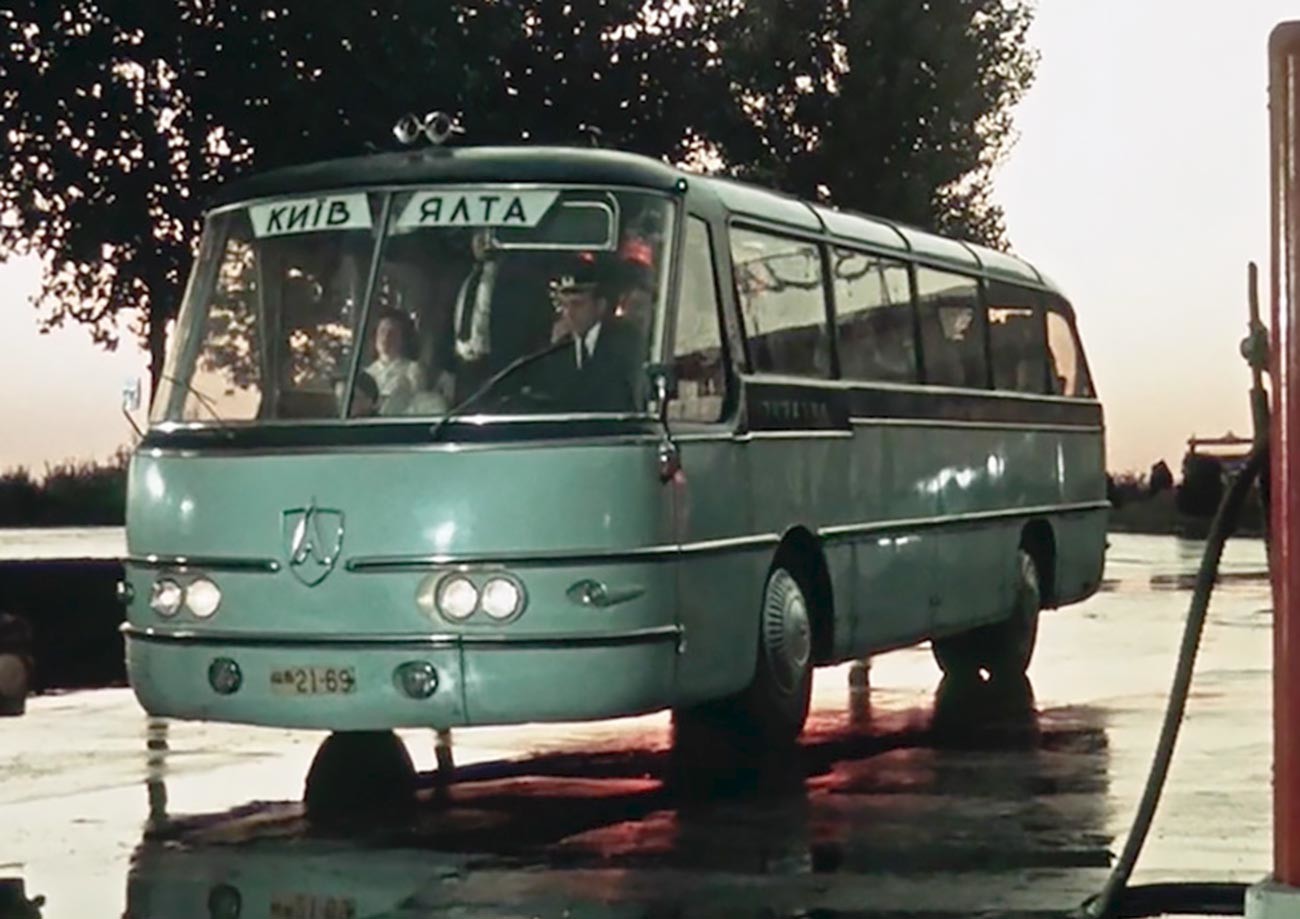 This experimental bus first appeared in 1961, the year Yuri Gagarin flew into space. Futuristic, stylish, comfortable, it even featured in a popular movie of the time called Queen of the Gas Station. In addition to its unusual design, the bus was packed with innovative engineering solutions, such as power steering or air suspension. Inside, it had airplane seats for 36 people.

Subsequent versions of the ‘Ukraina’ no longer had a sci-fi look, but were much more comfortable: inside, there was a coffee machine, a refrigerator, a gas stove, a toilet, a TV set, a wardrobe and much more. In effect, the ‘Ukraina’ became a campervan. However, the Soviet car industry was in no need of a luxury like that and the model never entered mass production. 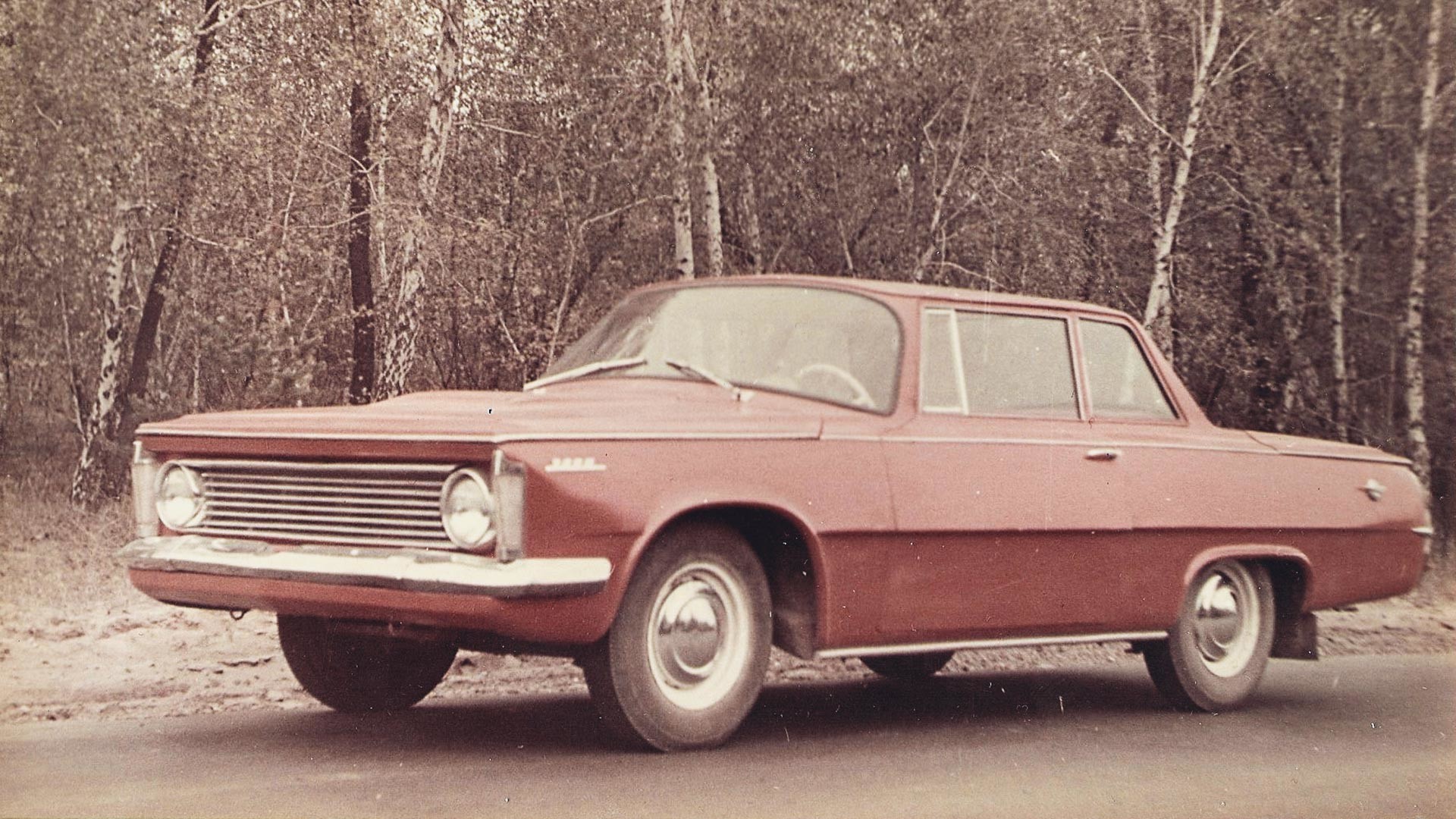 The ‘Zarya’ was made of fiberglass and that was the death of it. The manufacturability of the fiberglass body turned out to not have been sufficiently thought through and complex and not suitable for mass production. The first ‘Zarya’ was created in 1966. According to various sources, only one to four units of that vehicle were ever built and they were displayed only at exhibitions. The model was never approved for mass production, since it was decided that the amount of effort and money it would take to effect the necessary improvements were not worth it. 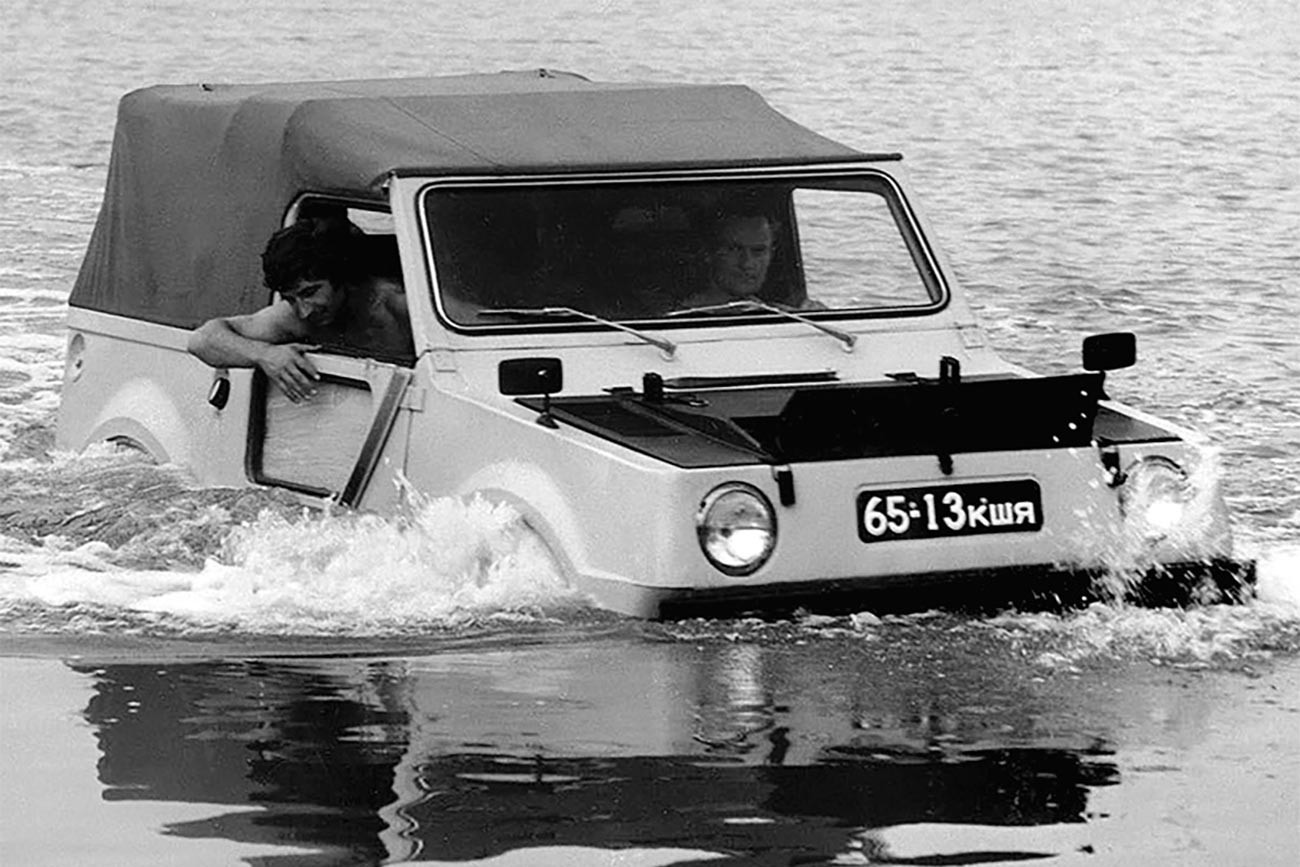 The VAZ-2122 ‘Reka’ (Eng: river) was an amphibious all-terrain vehicle developed for the military. On the outside, it was an exact copy of the famous Soviet ‘Niva’ and on the inside, a multifunctional army vehicle. The two models were designed in parallel, but the military version got stuck at the development stage for 10 years.

The ‘River’ could move on water and be airdropped. It had a floating buoy in case it sank, it was fitted with night vision equipment and could transport weapons and the wounded. However, by the time the prototype had passed all the tests and been approved, the project was abandoned. That was during the perestroika years, when the military doctrines of both the USA and the USSR had been revised. Also, negotiations were already under way with foreign concerns, whose car manufacturing capabilities were several steps ahead of their Soviet counterparts and compared with their offering, a 10-year-old model did not look like a very promising investment. Simply put, the USSR Ministry of Defense refused to finance the production of the ‘River’. 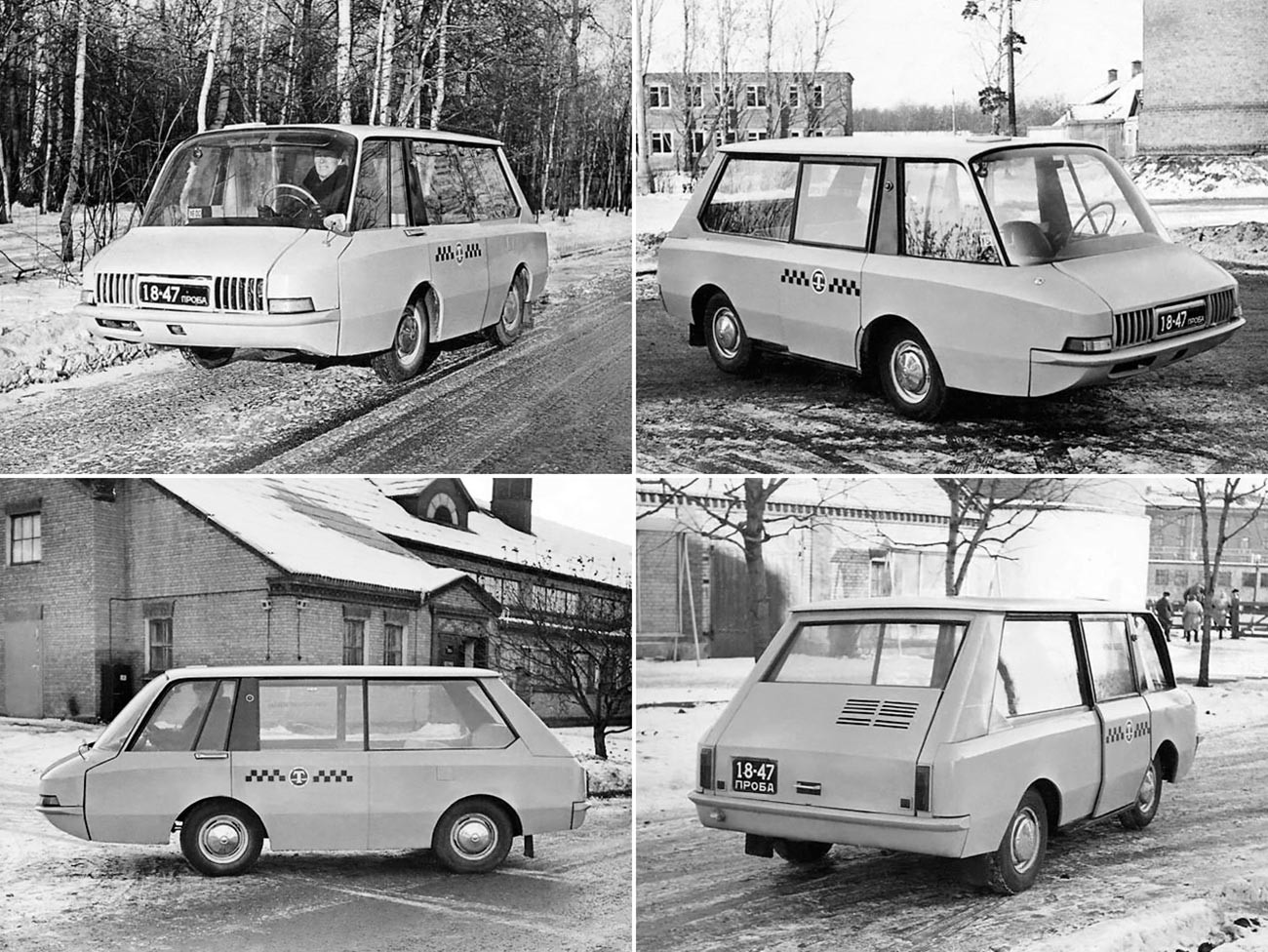 This concept taxi with an unpronounceable name was created in 1964. Initially, it was designed as the “perfect taxi”. Its single-compartment design looked quite futuristic, but most importantly, the car was surprisingly spacious.

Just 4.2 meters long (like a modern B-class hatchback), its back row (which was accessible through an automatic sliding door) could seat four people and accommodate bulky luggage or even a baby stroller!

The project was abandoned because the Ministry of the Automotive Industry decided to change the manufacturing plant, but the units proposed by the new manufacturer no longer made it possible to maintain the same dimensions and weight. All this gave rise to a lot of difficulties and the “taxi of the future” was abandoned. 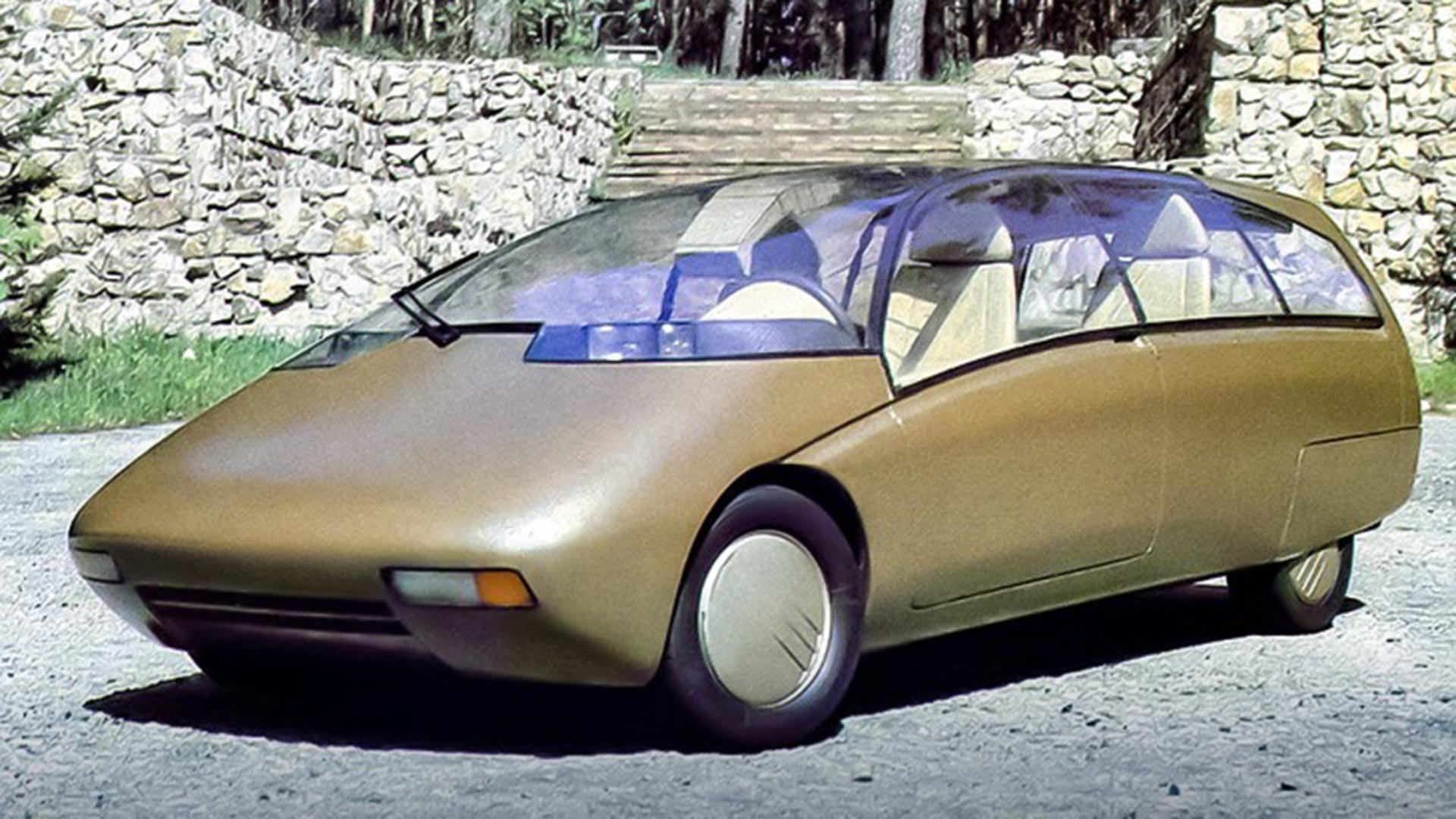 The seven-seater minivan is a little-known project that began to be developed in 1986 as a family “vehicle of the year 2000" with incredible transformation capabilities, although it was never specified what those capabilities were. The minivan had an aerodynamic body and headlights hidden under the windshield. Rumor had it that Soviet leader Mikhail Gorbachev’s wife had expressed an interest in the vehicle, but with the arrival of the early 1990s, the car plant was no longer up for any experiments.