Everything known about the latest Mi-28NM battle helicopter modification 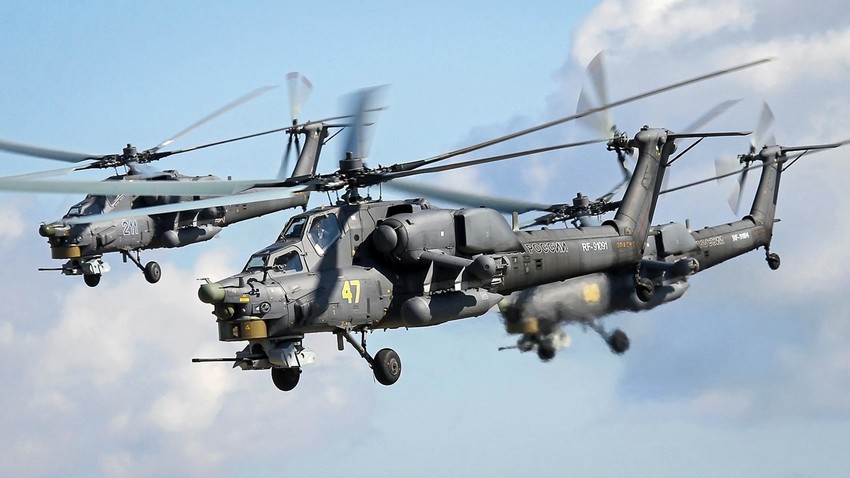 Yevgeny Volkov (CC BY 3.0)
This machine will become the most powerful attack helicopter of the Russian army.

The latest version of the Mi-28NM helicopter will be presented to the world during the flight program of the MAKS-2021 aerospace salon this summer, where it will perform a demonstration flight with elements of complex aerobatics.

“The helicopter has undergone a number of modifications after the baptism of fire in Syria. Here, the engineers were able to run it in real combat conditions and present the updated version, which will become the most powerful ‘bird’ of the Russian air force in the coming years,” says Vadim Kozyulin, a professor at the Academy of Military Sciences. 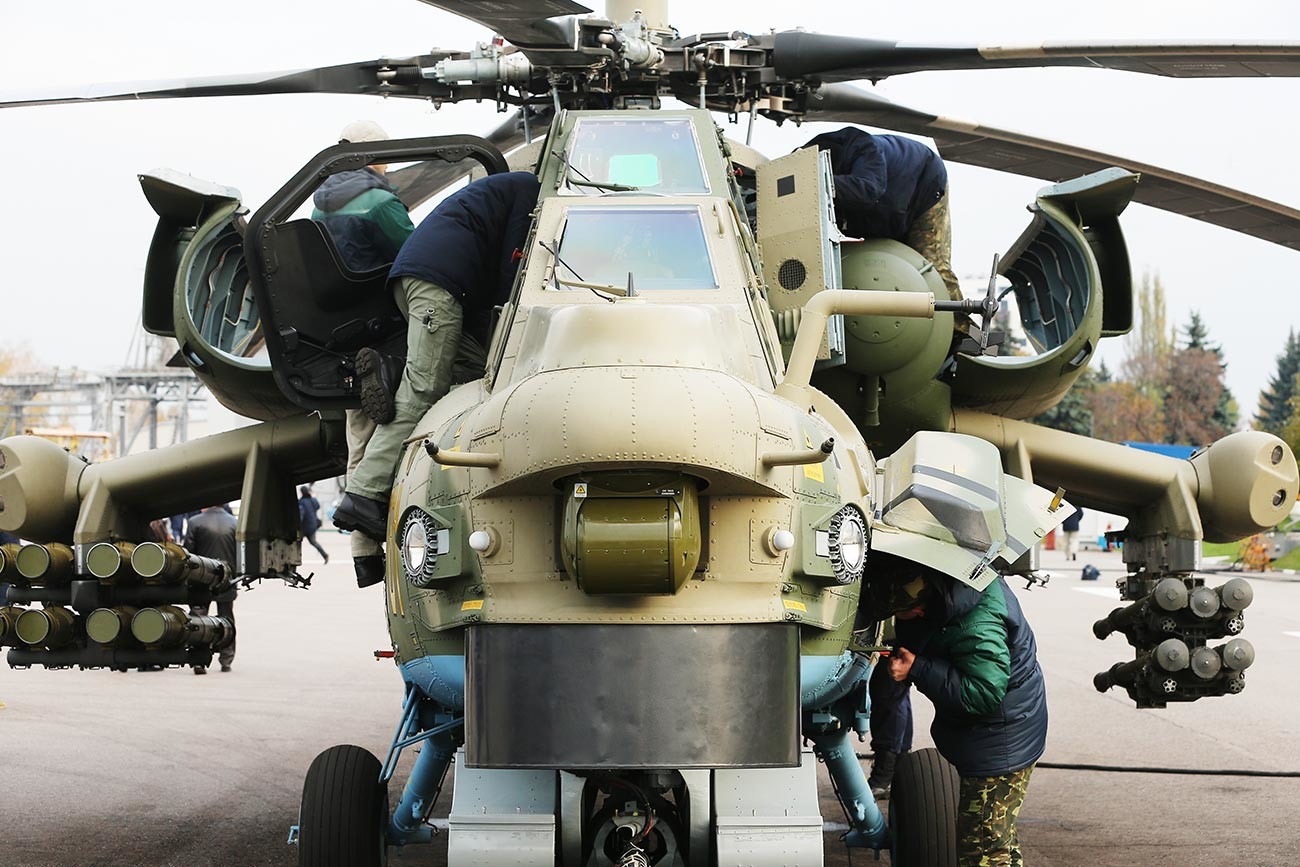 The crew cabin is an air-tight, ventilation-type with air conditioning system and also has armor protection (including frontal armor glass that can withstand bullets of up to 12.7-mm caliber). And the armored partition between the crew members minimizes the possibility of simultaneous fatality of both pilots. The hull armor can withstand the impact of 20-mm caliber shells.

In this type of helicopter, for the first time, the separation between two crew members - the pilot and the navigator-operator - was applied.

In the event of an emergency situation at altitudes of more than 100 meters, the crew can exit the cockpit using parachutes and, when falling from a height of less than 100 meters, the impact energy is extinguished by deforming landing gear and special energy-absorbing seats for pilots. The emergency escape system is activated separately by the pilot and the pilot-operator. 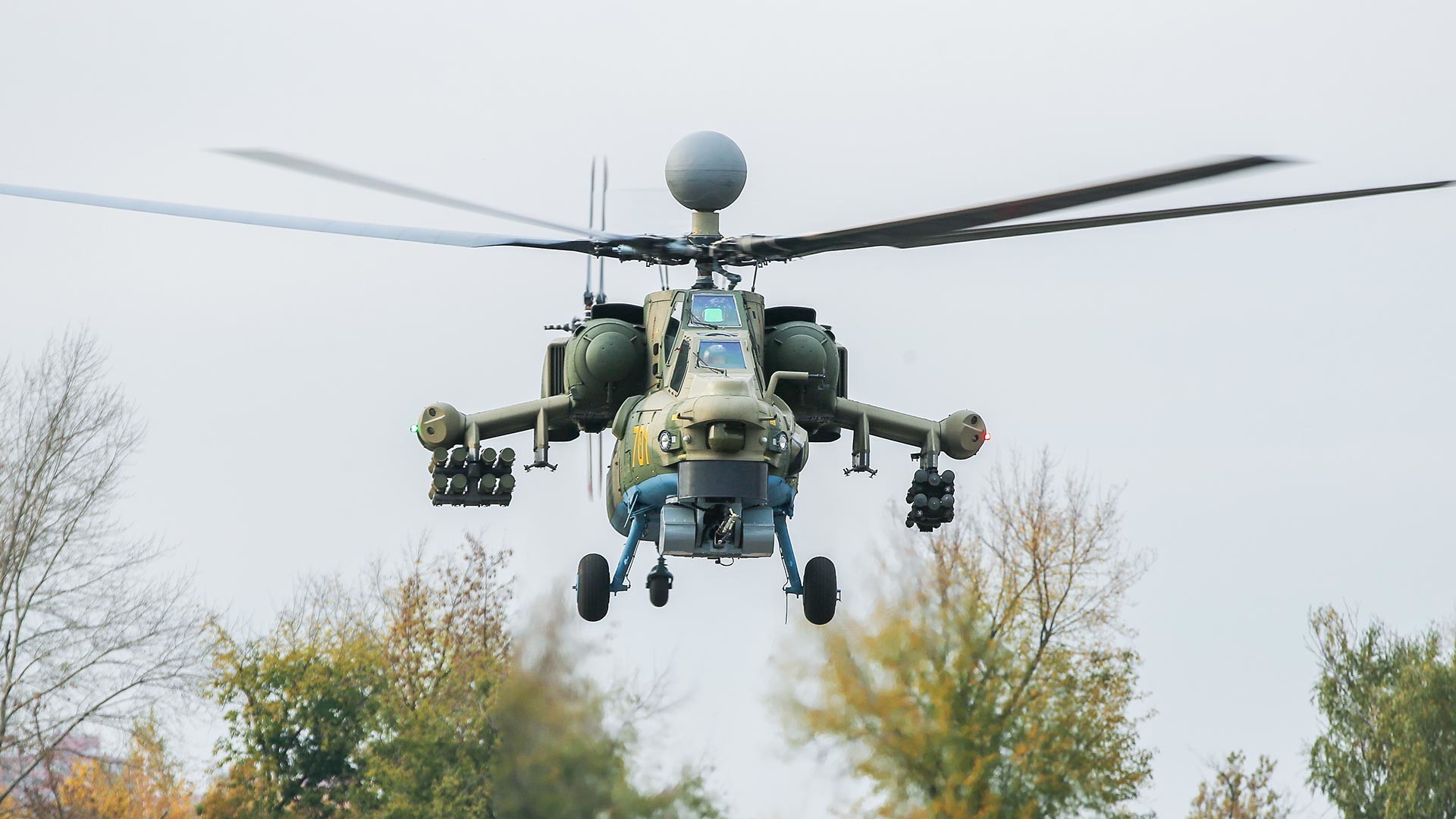 To ensure the safety of the crew, in case of accidents, the cabin doors are blown off and ballonets (special ladders) are inflated, along which the pilots exit the helicopter. In addition, there is an additional two-or three-seat compartment for emergency evacuation of the crews of damaged helicopters.

“The Mi-28NM is the latest modification of the Mi-28N. It has expanded its capabilities, including maneuverability. The machine is capable of using high-precision weapons and received a new control system with elements of artificial intelligence. The Mi-28NM can be used in the ‘pack’ and quickly interact with other helicopters, drones and aircraft over the battlefield,” says Dmitry Litovkin, executive editor of the Independent Military Review.

“The Mi-28NM enters a given area and launches one or a swarm of drones controlled from the helicopter. When enemy objects are detected, the crew issues target designation data and monitors the elimination of objects,” the expert adds. 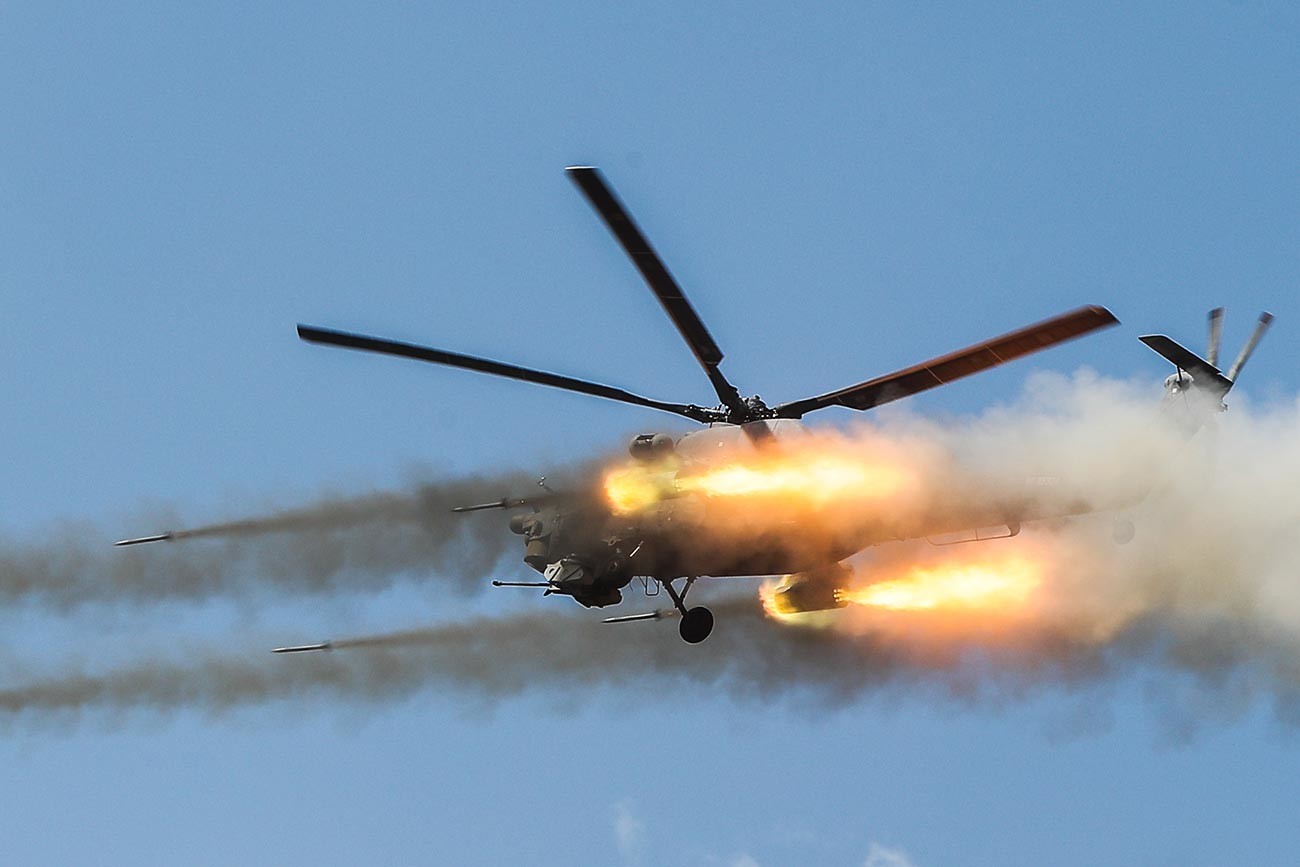 The helicopter can operate in simple and limited difficult weather conditions, fly in manual and automatic mode, with the circumference of the terrain. And it is also possible to independently single-base. One of the important practical changes for pilots on the Mi-28NM is the presence of dual control, when in the event of injury or death of the pilot, the helicopter will be able to control the navigator. There is no such system in the Mi-28N.

The complex allows the use of weapons around the clock and in any weather, provides the possibility of group combat use of helicopters with the distribution of targets between them, as well as the exchange of information about targets between helicopters and air or ground command posts.

The pilot is fully integrated into the helicopter’s control system. He gets a comprehensive view of the situation on the battlefield thanks to the devices and systems.

The Mi-28NM has also received a new locator (onboard radar), which provides a circular view (located in a spherical fairing above the main rotor axis). It allows you to scan the air space in the range of 90 degrees (horizontal) and 44 degrees (vertical), detect various targets, without unmasking the helicopter. Thus, the crew risks their lives less.

The complex also includes a high-frequency inertial navigation system that allows you to determine the location, speed, course and other parameters of the helicopter; an on-board helicopter diagnostics system and multifunctional color indicators, as well as equipment for interfacing with unmanned aerial vehicles. All controls of the on-board equipment are integrated into a single system.