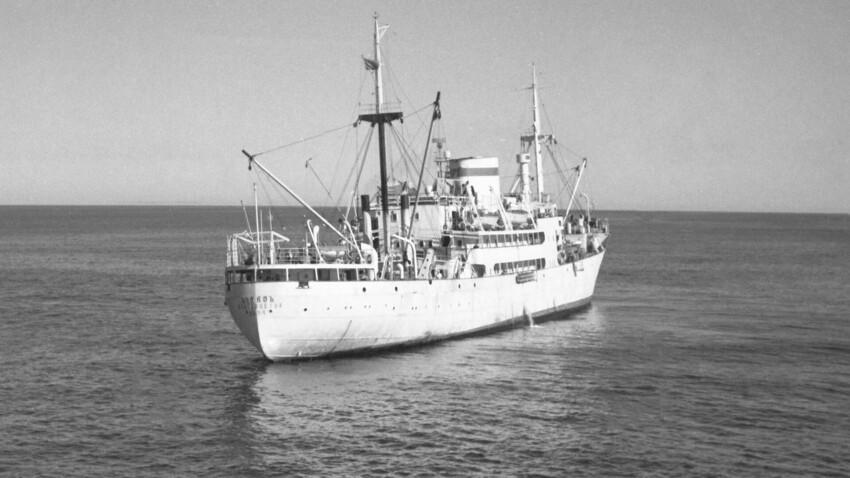 Nikita Zenkevich/Sputnik
The story of the successful exploration of the deepest trench in the world’s oceans is a story of a race similar to the exploration of space, although it’s lesser known. What role did the Soviet Union play in it and what was found at the bottom of the Mariana Trench?

The Mariana Trench is an oceanic trench in the west of the Pacific Ocean near the Mariana Islands. The trench has a crescent-like shape, 2,500 kilometers long. The deepest known point of the world ocean lies here which was named the ‘Challenger Deep’ (after the survey ship that discovered it). 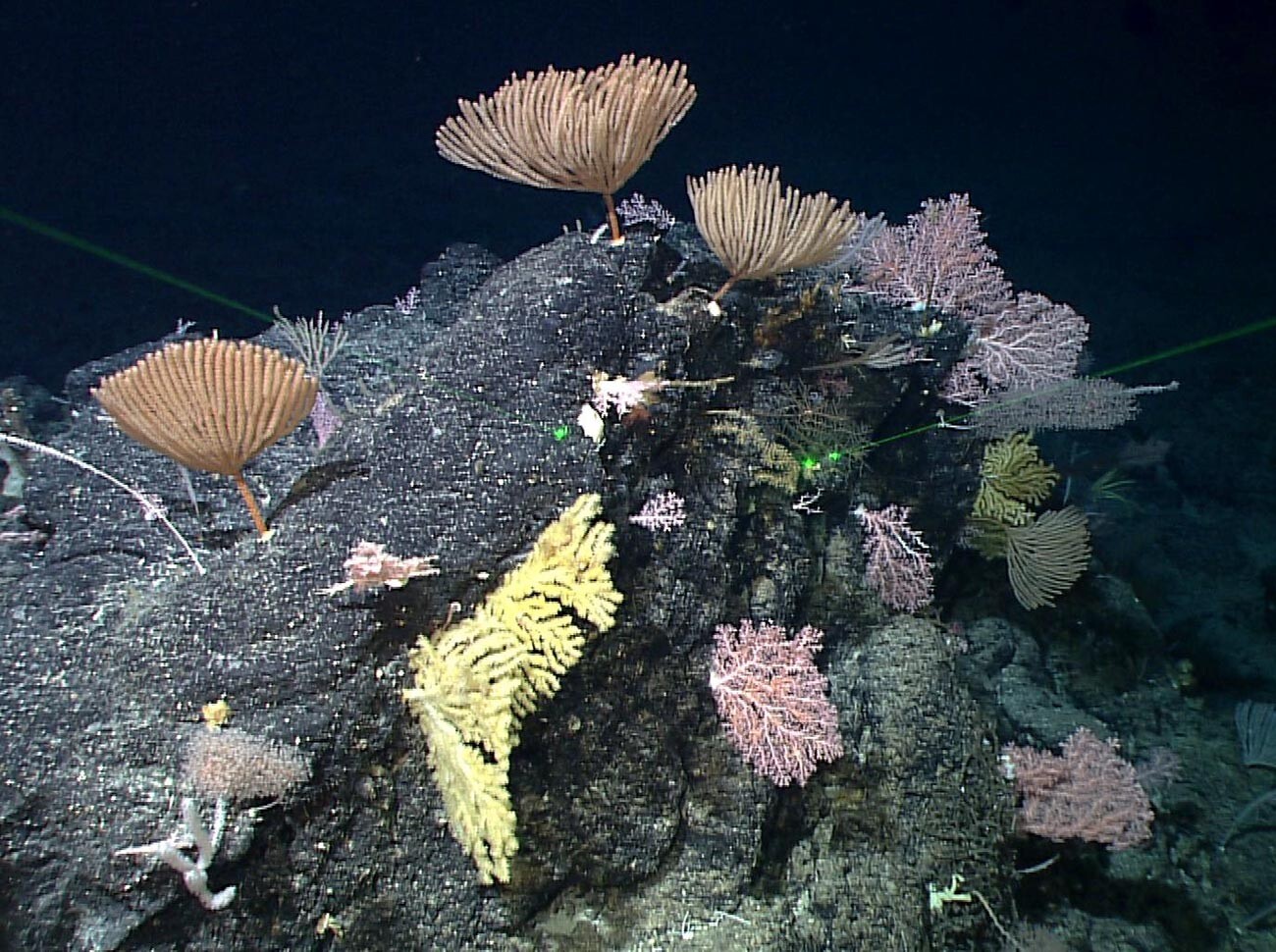 If the average depth of the Pacific Ocean is four kilometers, in the Mariana Trench, it reaches approximately 11 kilometers. The water pressure at the bottom of it reaches 1,100 atmospheres, which is 1,100 times greater than normal atmospheric pressure on the water surface. This place is less explored than the dark side of the moon and it has seen less people than space. However, due to its inaccessibility, the Mariana Trench has become the next “challenge” for humanity. How deep is it really? Can life exist at such a depth? These are some of the key questions.

The race to find the deepest point

The Mariana Trench was discovered for the first time in 1875 by a British expedition. The survey ship HMS ‘Challenger’ measured a depth of 8,513 meters with depth sounding. The soil sample consisted of dark volcanic sand and the water temperature didn’t exceed 1 degree Celsius. All the tools lowered to the depths with the sounding device were extracted broken or damaged, due to the tremendous water pressure. This depth, at the time, wasn’t the deepest. The entire world back then was into looking for the legendary “last bottom” of the planet, surveying every known oceanic trench. A year earlier, American ship ‘Tuscarora’ found a point to the north-east of Tokyo at a depth of 8,513 meters. 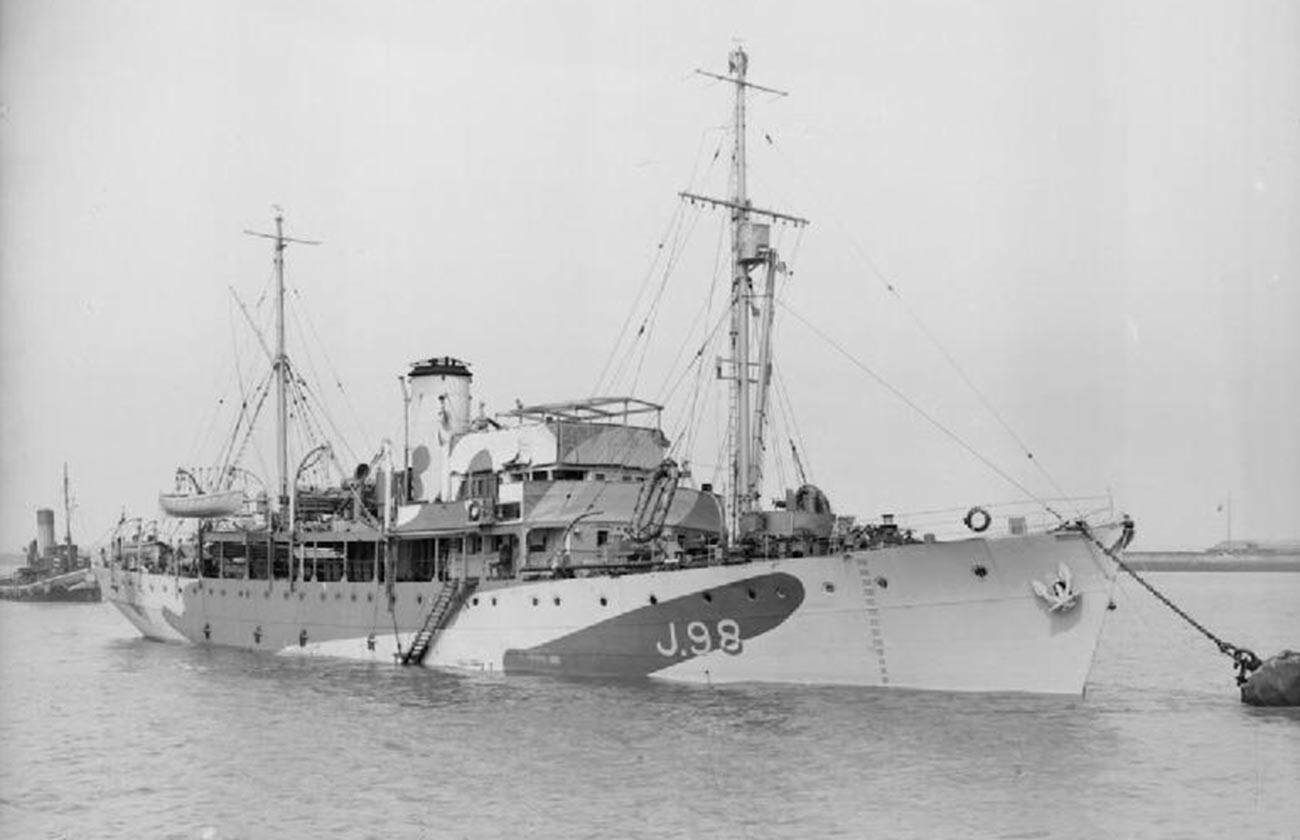 The next who tried to find this point in the Mariana Trench was American ship ‘Nero’ in 1899 – a cabling ship that measured a depth of 9,636 meters in the trench near Guam, the largest of the Mariana Islands. But, depth sounding is fraught with a multitude of errors like corrections for tilting, bending, cable stretching and so on.

More than 30 years later, Japanese vessels ‘Mansui’, ‘Kosui’ and ‘Iodo’ with echo sounders “touched” the new bottom – almost 200 meters deeper than the last – at 9,814 meters deep. However, it turned out that wasn’t the limit. 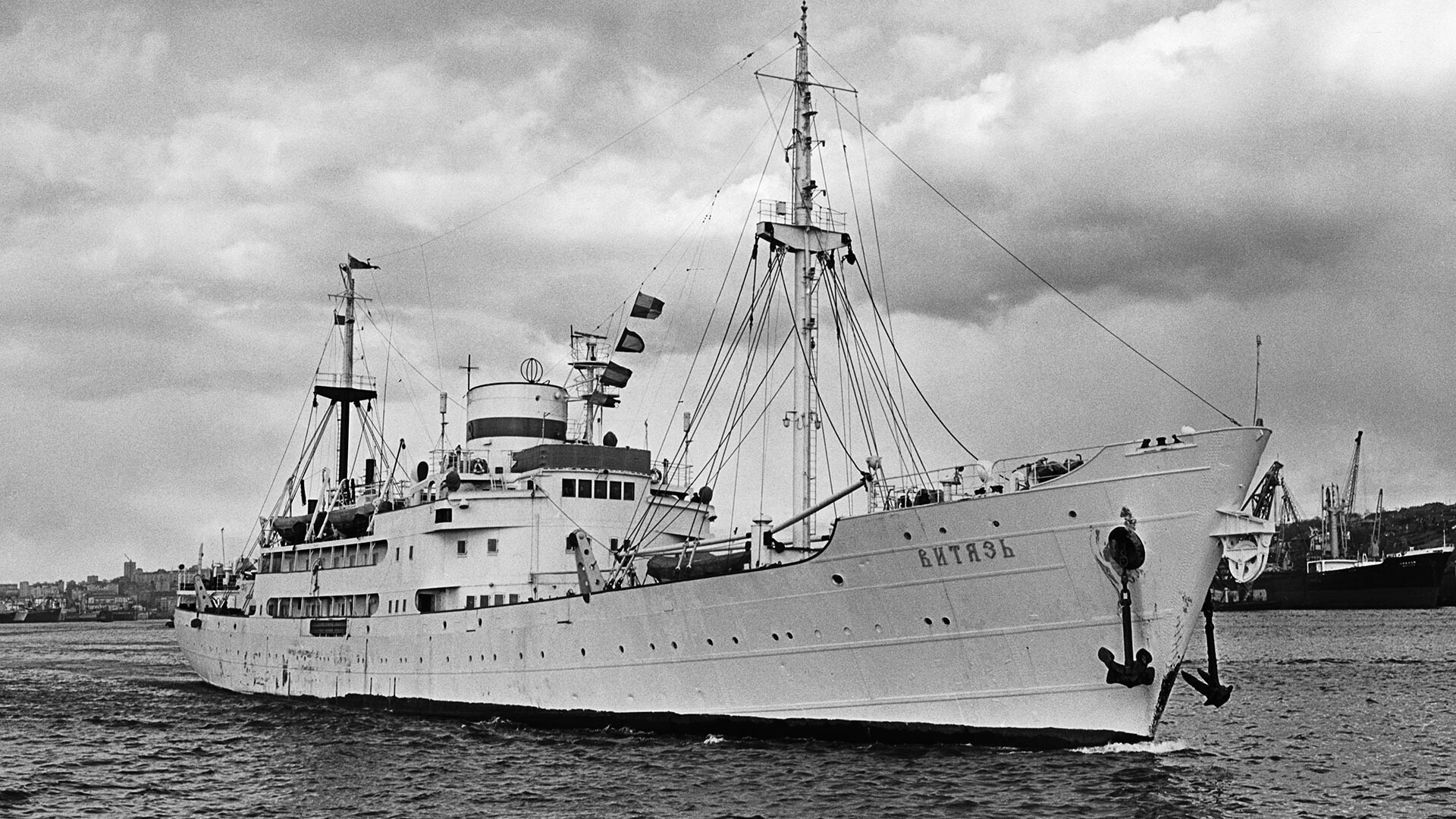 In 1951, the new English hydrographic vessel ‘Challenger’ (which inherited its name from the aforementioned ship) took up the torch; with cables, it reached a depth of 10,830 meters. That was an absolute record. This depth defied imagination. It was larger than the height of the tallest peak of the planet – Mount Everest (8,849 meters). Scientists were convinced: in this black deep that sunlight cannot reach, there were no living beings. They believed that until the Soviet expedition.

The vessel that measured the Mariana Trench

At the end of the 1950s and the beginning of the 1960s, the Soviet Union, just like many others, was looking for the depth limits of the ocean. ‘Vityaz’ was on this task – the flagship of the Soviet research fleet: this German fruit cargo liner with a displacement of 5,700 tons was given to the Soviets as part of reparations after the war. Converted to the researchers’ needs, from 1949 onward, she sailed the Pacific, Indian and Atlantic oceans for 18 years.

In 1957-1958, ‘Vityaz’ explored 10 oceanic trenches in the region of the Mariana Trench and found a point with maximal depth – 11,022 meters. The record that no one can beat to this day. This depth is considered to be the maximum depth of the world’s oceans. 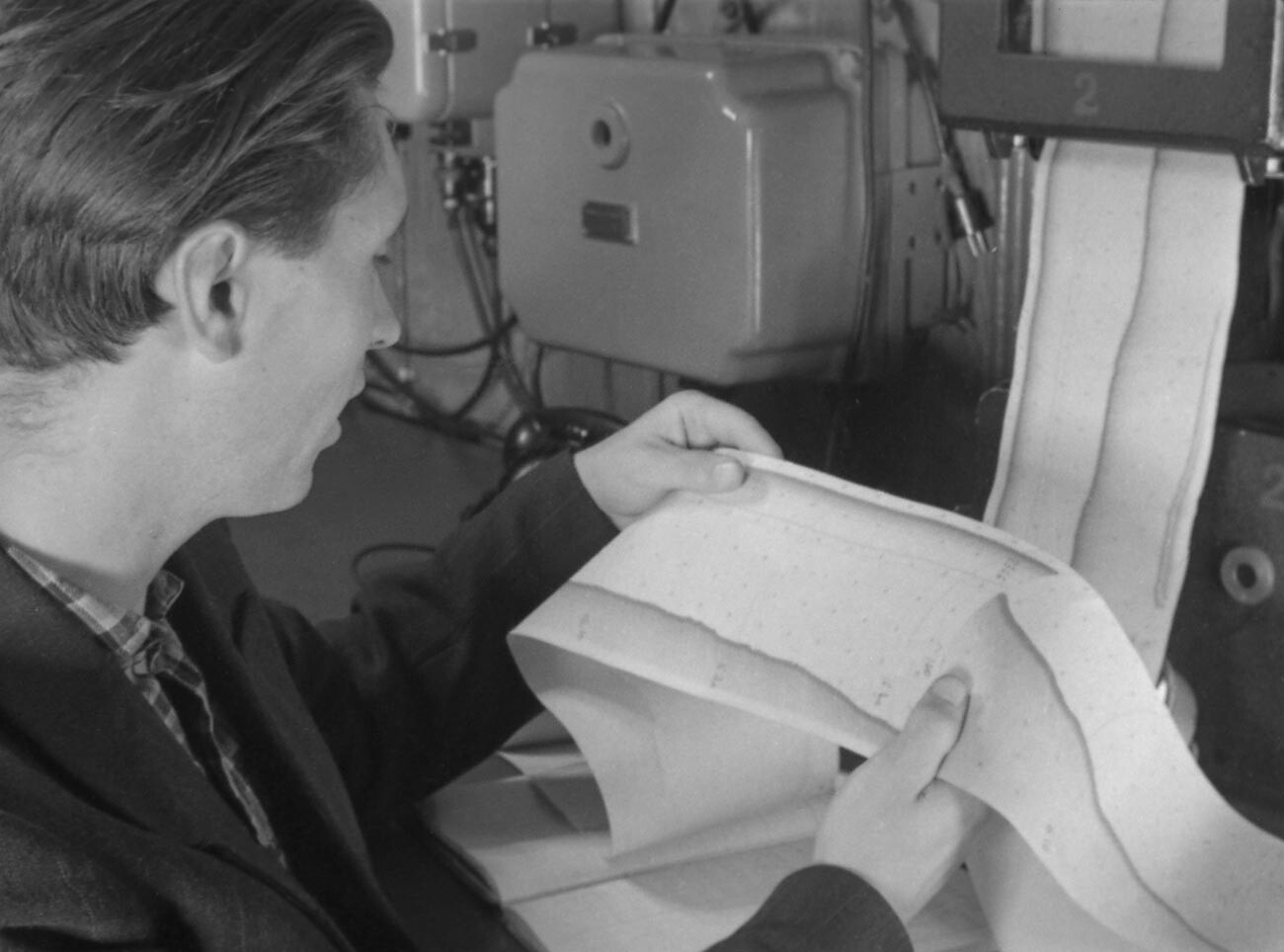 “There was no space to even turn in the lab where the echo sounders were: everyone wanted to be present during the discovery,” one of the participants of ‘Vityaz’s 25th voyage in 1957 remembered. “The echo sounder drew the steep slope of the trench. The depth line disappears and shows up again. Everyone is glued to the tape: what will the slope end with? Finally, there’s an even platform – the deepest part of the trench. The command sounds: engine stop! - and ‘Vityaz’ is now rocking on the waves; there’s a many kilometer deep abyss under her keel. The work of the hydrologists begins: the corrections for the echo sounding data will depend on the deep thermometers’ readings and the salt contents at different depths. The hours of waiting pass very slowly. The instruments are being hauled on board. We need to only wait a little to learn if this is the deepest of depths… Finally, everything is ready, all calculations are done. There’s a new maximal depth of the world ocean discovered by ‘Vityaz’ – 11,022 meters!” 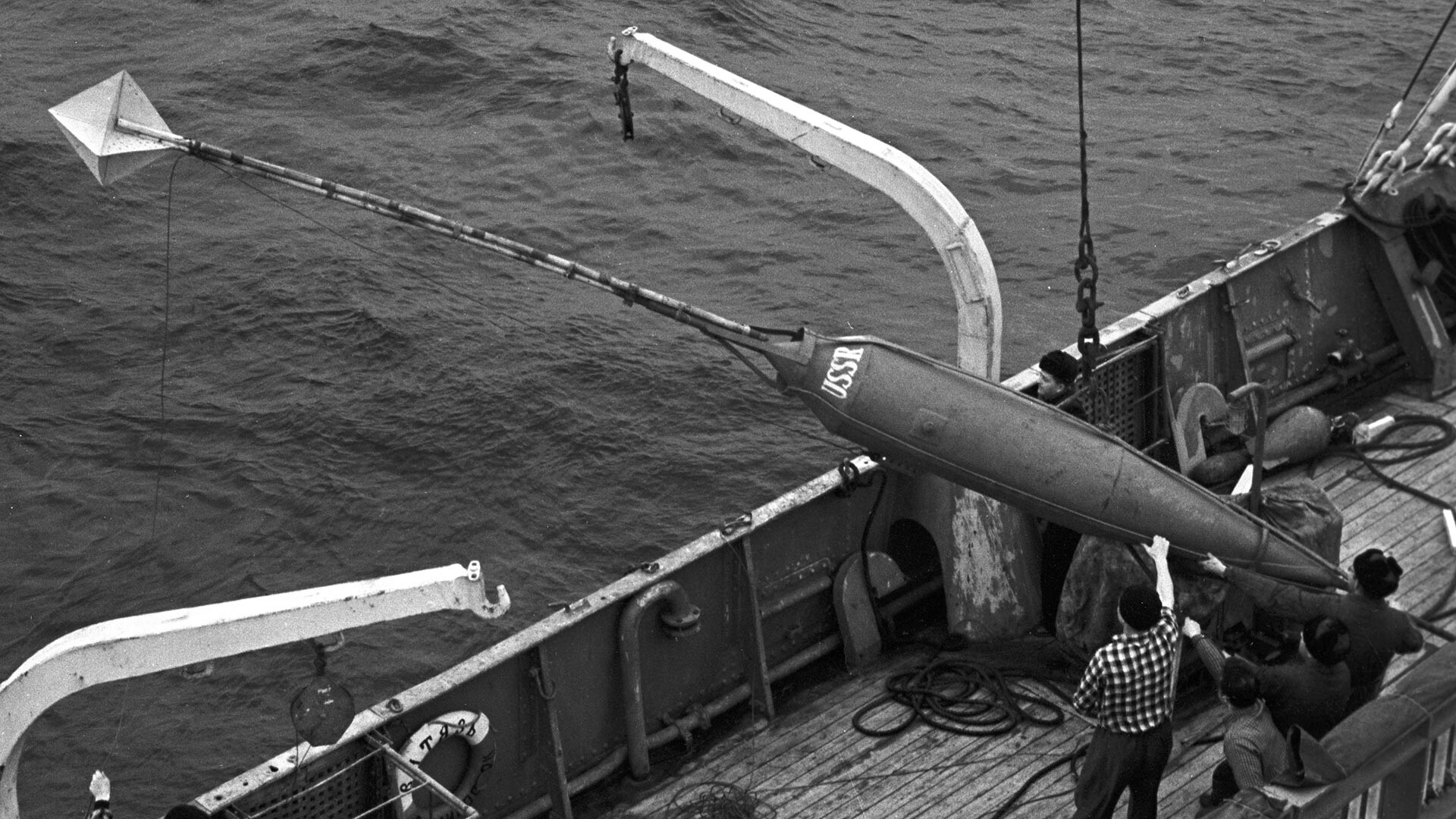 However, this race among researchers for a couple of hundreds of more meters is not the most important thing for which people embarked on these years-long expeditions. The Soviet oceanographers during that expedition made a much more important discovery.

Before the Soviet expedition to the Mariana Trench, suggestions about life existing at a depth of more than 6,000 meters belonged to science fiction – no one believed that a living being could adapt to such conditions.

However, ‘Vityaz’ refuted that, as well. With the help of specially designed trawls, scientists combed the deep trenches of the Pacific Ocean and found microorganisms at its depths. That, at the very least, refuted the suggestions that nothing living could survive under such water pressure. 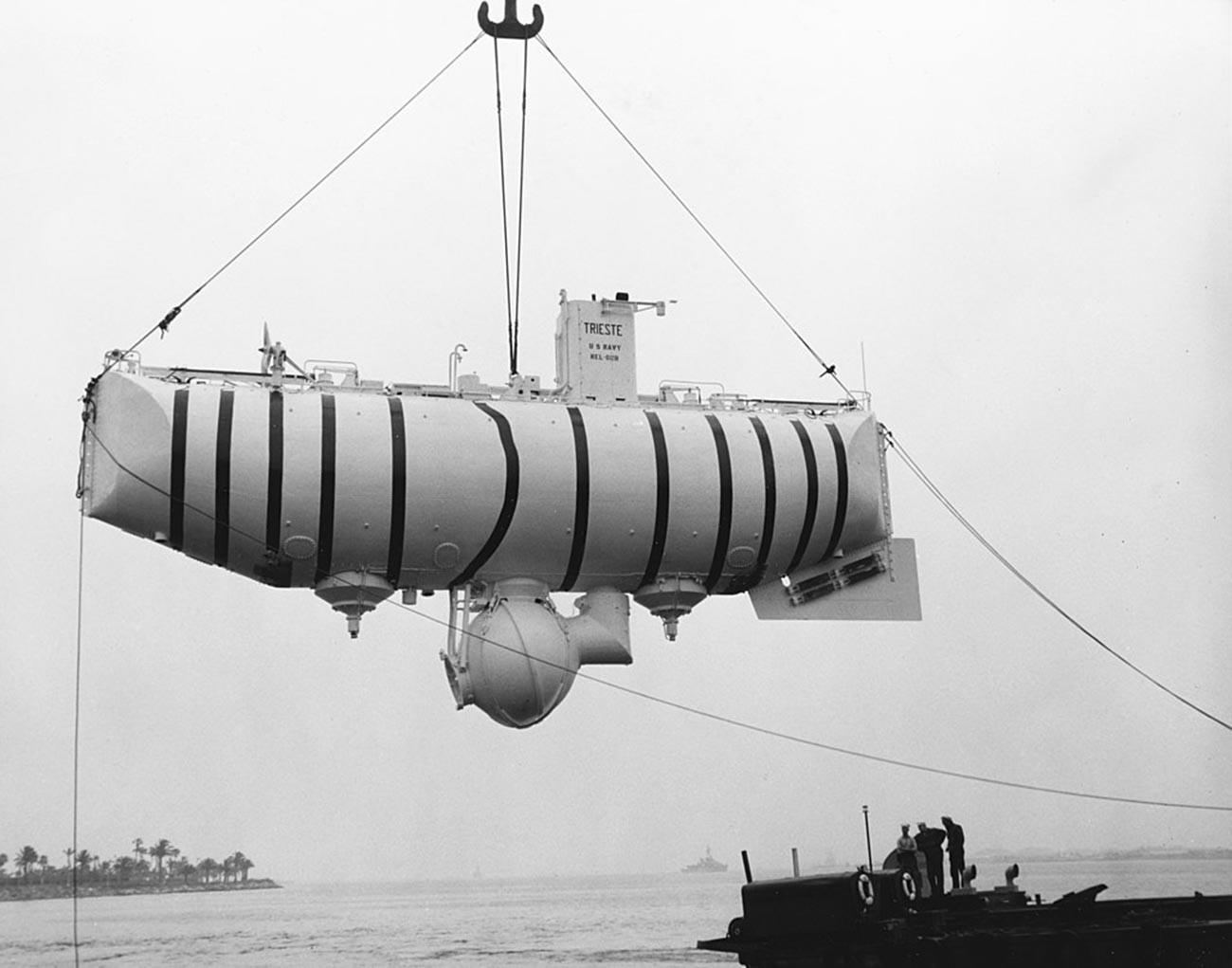 Later, in 1960, the expedition of Swiss Jacques Piccard and American Don Walsh did not only confirm the Soviet claim that life exists at such depths. On January 23, they became the first people in history who went to the bottom of the Mariana Trench to a depth of slightly less than 11 kilometers. Bathyscaphe ‘Trieste’ descended to the bottom of the abyss for almost five hours. At this unbelievable depth, they spent 12 minutes and, while they were eating chocolate bars to replenish their energy, they saw how a shrimp and a fish similar to a flatfish floated past their porthole.

It seems that the story of finding that depth of depths in the ocean should have ended sooner or later, but that didn’t happen after all. Practically, the race of measuring it is still ongoing.

After the Soviet expedition in 1984, Japanese hydrographers tried to reach the bottom of the Mariana Trench and concluded that its depth was 10,924 meters, which is 98 meters less than the Soviet calculations. 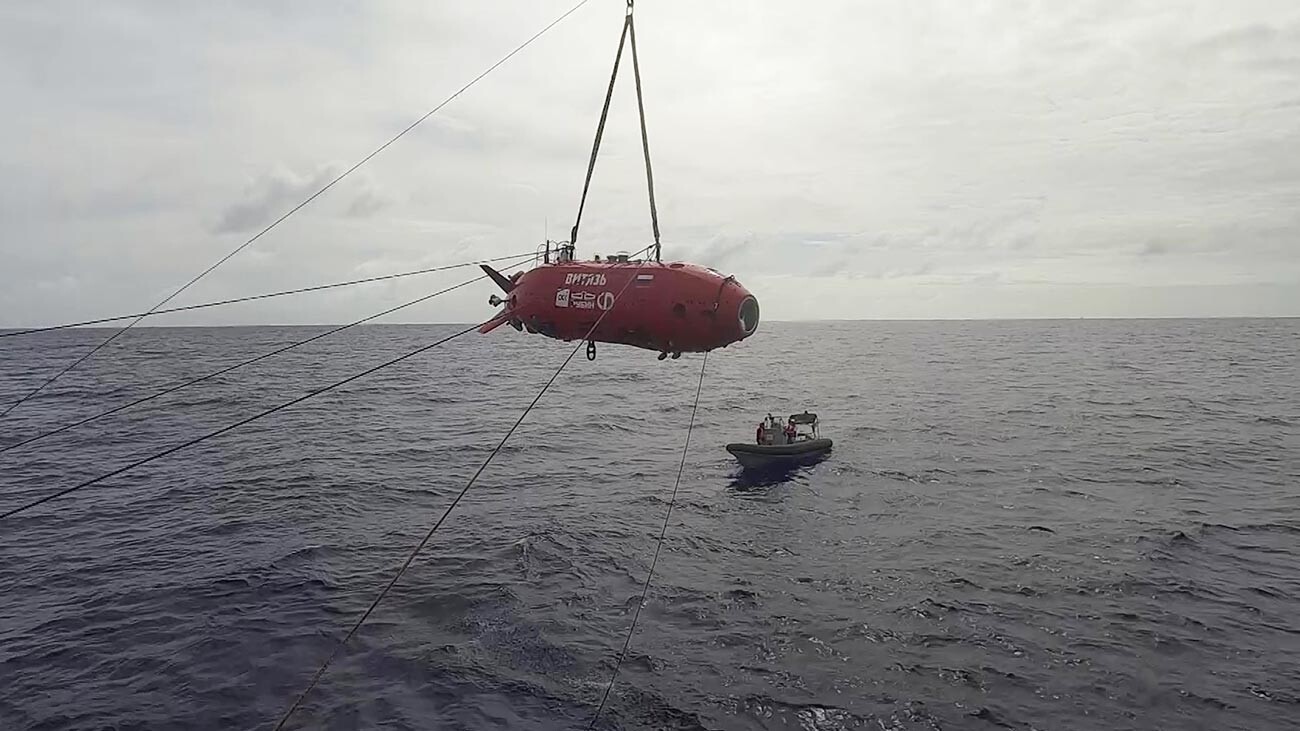 In 2020, deputy chief executive of the Russian Foundation for Advanced Research Projects in the Defense Industry Igor Denisov stated that the calculations of the Soviet vessel ‘Vityaz’ could have been imprecise. An expedition was sent there again: a modern drone ‘Vityaz’ was sent into the trench that marked the depth of 10,028 meters. “That means that there’s food for thought: either the previous ‘Vityaz’ measured the depth incorrectly or the seabed itself changed. All of this is subject to comprehension and analysis,” Denisov said. 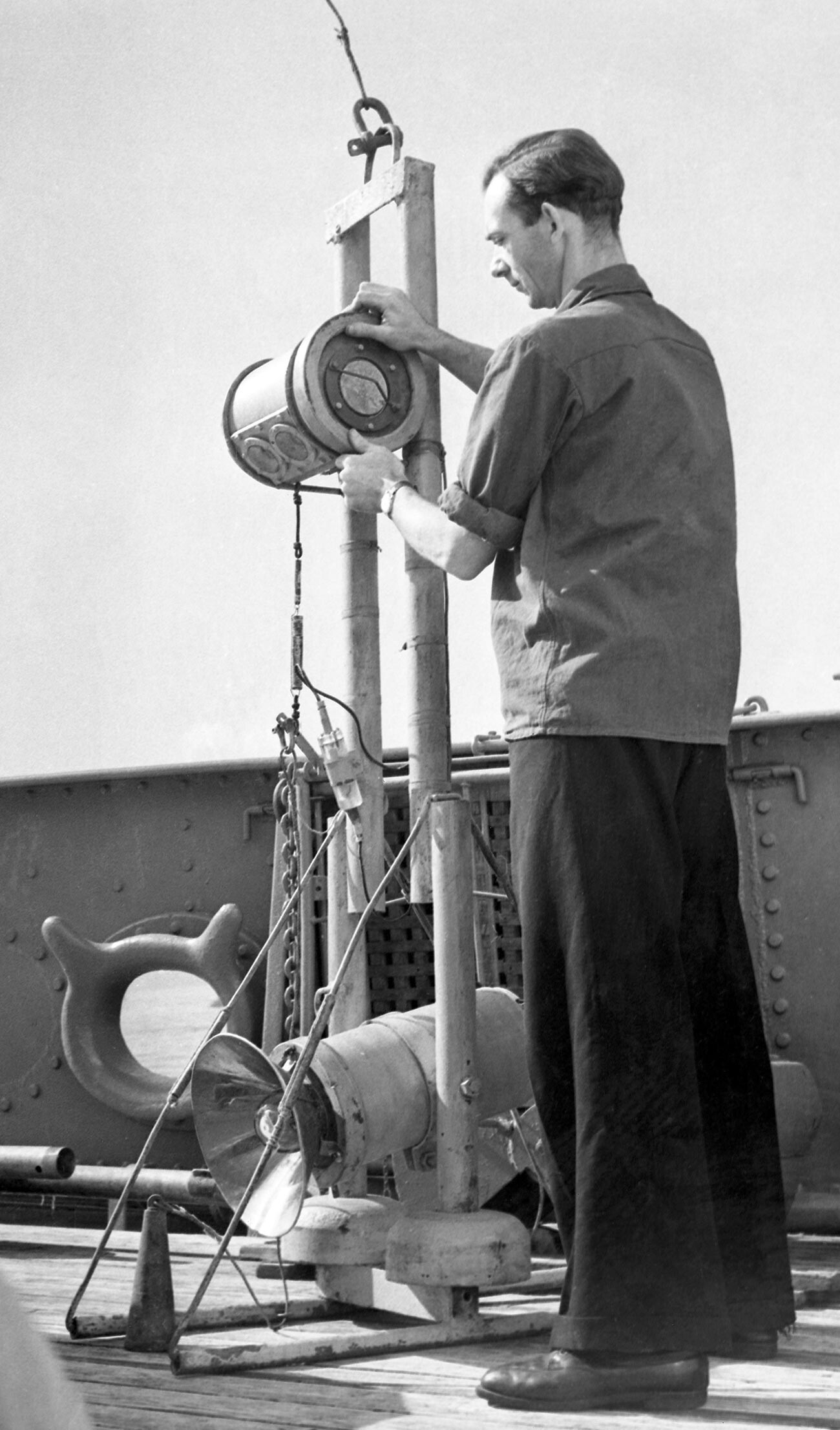 However, the scientific community is for now skeptical towards the “new” deepest point in the ocean.

“From the oceanographic standpoint, this is simply not serious,” the Institute of Oceanology RAN deputy director Andrei Sokov thinks. “In 1957, the Soviet machine did large-scale filming, hard, routine work. It’s no surprise they say that the ocean floor is explored less than the other side of the moon. There’s deep meaning in that. It’s a hard, serious job – all those dives, the exploration of the seabed, the pathways – all of this should be taken systematically, over a long period of time. I really doubt that such a task was assigned during the launch of the machine [‘Vityaz’ drone]. I talked to the Russian Foundation for Advanced Research Projects in the Defense Industry and haven’t heard that they even tried to find some deep point. The task was to test the drone. Of course, the depth hasn’t changed, they just dove and checked the coordinates. To find the deepest point in 1957, very serious preparation work was undertaken.”