Eyes on the prize: A greener future for the planet 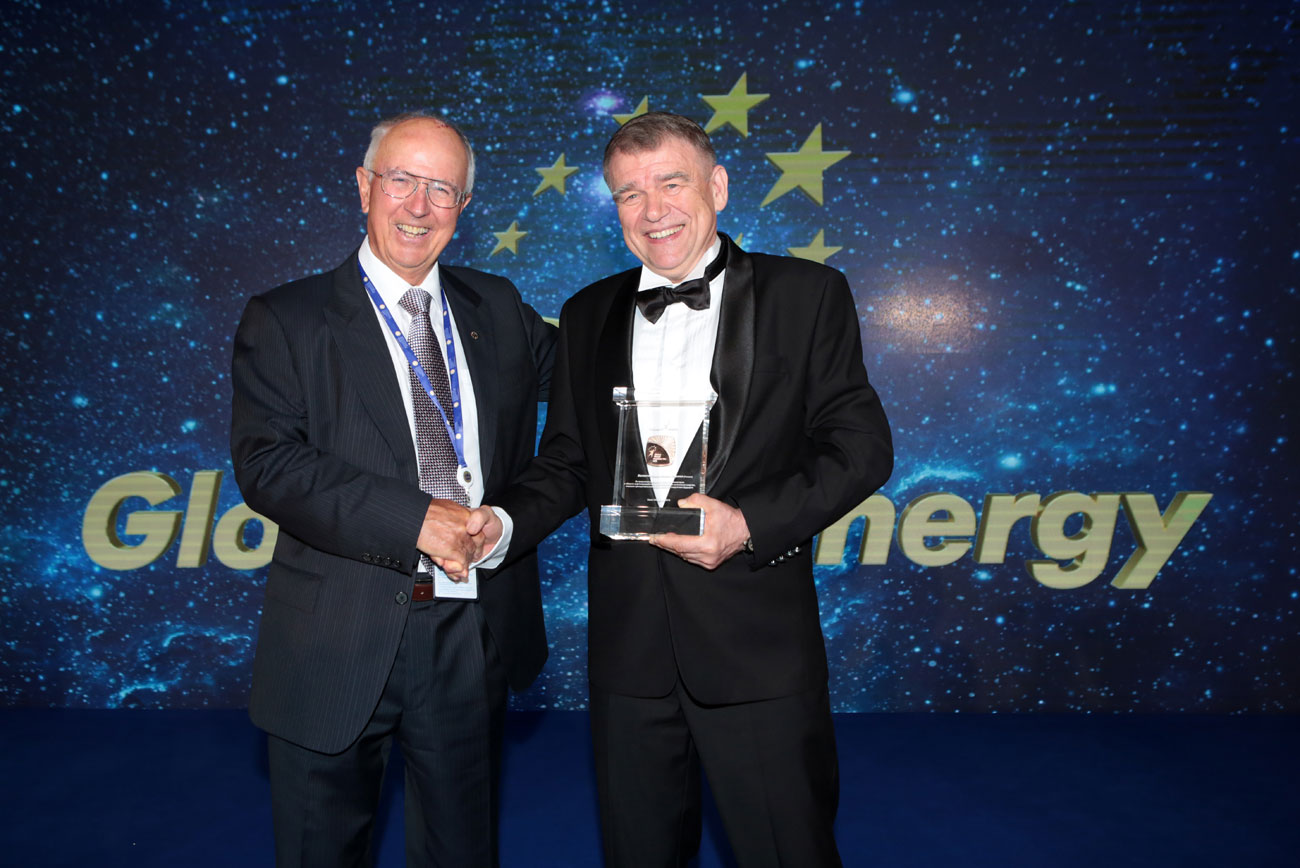 As part of Russia’s attempts to address global pollution, in 2002 its leading scientists established the Global Energy Prize to honor and reward scientists from around the world for developing cleaner energy technologies.

The value of the prize is 39 million rubles ($600,000), and this year’s award went to the Russian researcher Prof. Valentin Parmon.

While the Global Energy Prize is not as well known as the Nobel Prize, it may soon match it in prestige. In just 14 years the prize has become a benchmark of scientific and technological advances in modern energy that are recognized by the international community.

When Russian scientists established the prize they saw it as a way to support pioneers and experts from around the world that make breakthroughs in energy technologies. Since 2003, the prize has been awarded to 34 scientists from 10 countries – the United Kingdom, Germany, Iceland, Canada, Russia, the United States, Ukraine, France, Sweden and Japan.

The winners are decided by the Global Energy Prize international award committee, which is composed of 20 prominent scientists from 13 countries. Leading British scientist, Rodney John Allam, chairs the committee.

The nomination and selection processes are managed in such a way that political pressure and intrigues are impossible. Even though 2015 was a tense year for relations between Russia and the West, the prize went to two scientists from the U.S.

Candidates for the Global Energy Prize are nominated for research that goes beyond theoretical discoveries in energy development; it’s also important that the results are implemented in specific engineering projects.

In this sense the prize covers areas of scientific activities that are beyond the scope of the Nobel committee’s range of interests. By highlighting outstanding engineering and technological developments, the Russian prize complements the Swedish award.

The winner of this year’s prize, Prof. Parmon, was the world’s first scientist to convert solar energy into chemical energy with an efficiency of 43 percent. Prof. Parmon heads the Institute of Catalysis at the Siberian branch of the Russian Academy of Sciences in Novosibirsk, which is very well integrated into the global scientific community.

Over the past three years the institute has co-operated with Imperial College London on a project that sought to reduce heat loss in oil refining by up to 15 percent. The British team focused on improving the design of heat transfer equipment, while the Russians improved catalysts. Prof. Parmon’s institute is also creating catalysts and technologies to process rice husks into bio-diesel for aviation use. 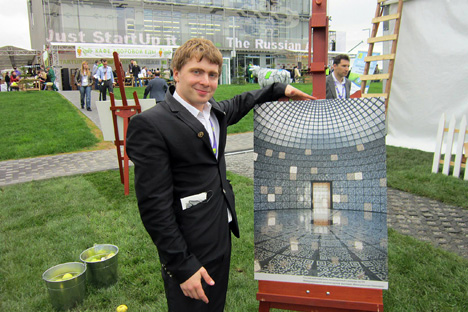 Solar power shines bright from Russia
Among the Global Energy Prize’s previous winners are three well-known British scientists – Prof. Geoffrey Hewitt, Prof. Brian Spalding and Allam. Each has made scientific breakthroughs that are used in traditional energy technologies such as oil production and refining, as well as other industries.

Prof. Hewitt, a fellow of the Royal Society and the Royal Academy of Engineering, was awarded the Global Energy Prize in 2007 for his work on multiphase flow and evaporative heat transfer.

The results of his years of research in the field of multiphase flow – for example, a mixture of water and steam in the pipes of power plants and gas-liquid flow in the oil industry – are used in the calculations to design hydrocarbon recovery pipeline systems, power plants (both conventional and nuclear) and a range of chemical engineering equipment such as separators and heat exchangers.

The research conducted by Prof. Hewitt and his colleagues helped to develop green technologies capable of handling oil and gas mixtures such as those collected during oil exploitation by offshore platforms in the North Sea. This work has led to more accurate design equations and is marked by increased efficiency, which dramatically reduces the amount of CO2 emissions.

Prof. Geoffrey Hewitt: "Certainly, recognition of my work on multiple flow has encouraged me to continue with my work with a continued focus on the problems of the oil and gas industry and those of the nuclear industry. Nuclear energy can in my view be regarded as 'clean energy'. I have done extensive consultancy and research for the oil and gas industries. More recently, I have been concentrating on applications in the nuclear industry. I think that the prize was given in recognition of my work on two-phase flow and heat transfer. I think that the general public would understand the concept of single-phase flow as exemplified by the flow of gas through gas pipes and the flow of water through water pipes. In these cases, there is only one phase and the flow is single phase. If the gas and water became mixed in the pipe, then one would have two-phase flow.”

Prof. Spalding, who is also a member of the Royal Society and Royal Academy of Engineering, is recognized as the founder of modern computational fluid dynamics. This would seem to be a completely theoretical area of expertise, but it was not a fluke that Prof. Spalding was awarded the Global Energy Prize in 2009. He developed “numerous original concepts of heat-and-mass transfer processes, which formed the basis of practical calculations in fluid mechanics and computational fluid mechanics.”

In order to commercialize the results of his scientific research, Prof. Spalding founded Concentration Heat and Momentum Ltd, a company whose main product is the computer software Phoenics. This is a well-established, cost-effective and easy-to-use tool that simulates the processes related to fluid flow, heat and mass transfer, chemical reactions and combustion in engineering equipment and the environment, and is used in a wide variety of industries ranging from turbine construction to the aerospace sector.

Allam, another brilliant scientist and outstanding chemical engineer from the UK, was awarded the Global Energy Prize in 2012. He is well-known both in Europe and in the United States, and his research has led to many new industrial and energy technologies. 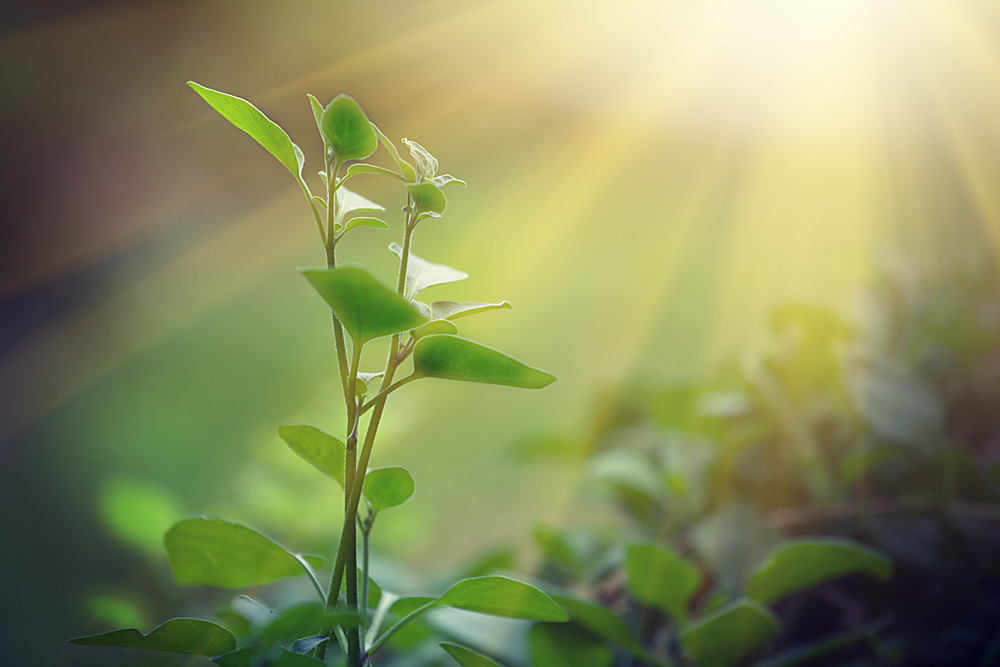 New technology might end the world’s dependence on oil
In 2005, Allam prepared the carbon capture and storage (CCS) section of the Intergovernmental Panel on Climate Change (IPCC) report. In 2007 the IPCC, which included Allam and former U.S. vice-president Al Gore, was awarded the Nobel Peace Prize for its efforts to address environmental issues. Carbon dioxide geological storage technology was tested at oil fields in the U.S., where carbon dioxide was injected into reservoirs to improve oil recovery, and in the North Sea and Algeria, where carbon dioxide is stored in saline aquifers. Today, injecting carbon dioxide into the ground is considered one of the most effective ways to reduce anthropogenic pressure on the climate.

For the past 20 years, the scientist has been involved in the development of new energy systems based on cryogenic technology. Allam has discovered a new method of carbon dioxide compression with its simultaneous purification from impurities. A number of his solutions are used for the creation of the most advanced coal-fired and gas-fired power plants. The first gas-fired power plant based on Allam's method will start operating in 2017.

Rodney John Allam: "The Global Energy Prize can analyze trends and suggest areas of activity that must be followed in the future. And our contribution is, really, from the experts that we have on the committee, to form a basic area where we can give proper advice and guidance which can be looked at by governments and funders for research and development and applications in the future.”

What do Tony Blair, Gordon Brown and David Cameron have in common?

High-ranking British politicians showed their appreciation of the scientific achievements made by the Global Energy Prize laureates. The three British scientists were honored to receive a personal message from No 10.

When Prof. Geoff Hewitt received the prize at the 2007 St. Petersburg Economic Forum, Tony Blair, then serving as prime minister, acknowledged Prof. Hewitt’s contribution to the energy industry, passing his compliments to the recipient via the British ambassador to Russia.

“Today’s three prize winners have all made important contributions to taking this forward. Prof. Nakoryakov, Prof. Sigfusson [Prof. Hewitt’s fellow winners] and Prof. Hewitt all boast exceptional careers, characterized not only by the quality of their scientific research but also by their ability to translate this into new solutions for the energy industry,” the premier’s message said.

“Prof. Hewitt’s work on how mixtures of gases and liquids flow has made a real difference to the industry, both upstream in the design of pipelines, and downstream in understanding how water and steam interact in power station boilers.”

In 2009, Gordon Brown showed his appreciation of Prof. Brian Spalding’s contribution to the development of renewable energy in the UK.

“The UK’s National Grid has used his work to model more accurately energy output from wind turbines. Work on improved energy efficiency is vital to the sustainable recovery of the global economy and to our future,” the prime minister said. Brown later expressed his willingness to develop co-operation between the Russian and British governments to the benefit of clean energy. “I look forward to continued co-operation between the UK and Russian governments on this agenda,” Brown said in 2009.

In 2012, when Rodney John Allam claimed the Global Energy Prize, David Cameron acknowledged his major contribution to the motor and space industries. “Mr. Allam’s research in cryogenics and carbon-free energy systems has been vital for the development of energy efficient applications, not least in the car and space industries. This is timely given the 2011-12 UK-Russia Year of Space.” 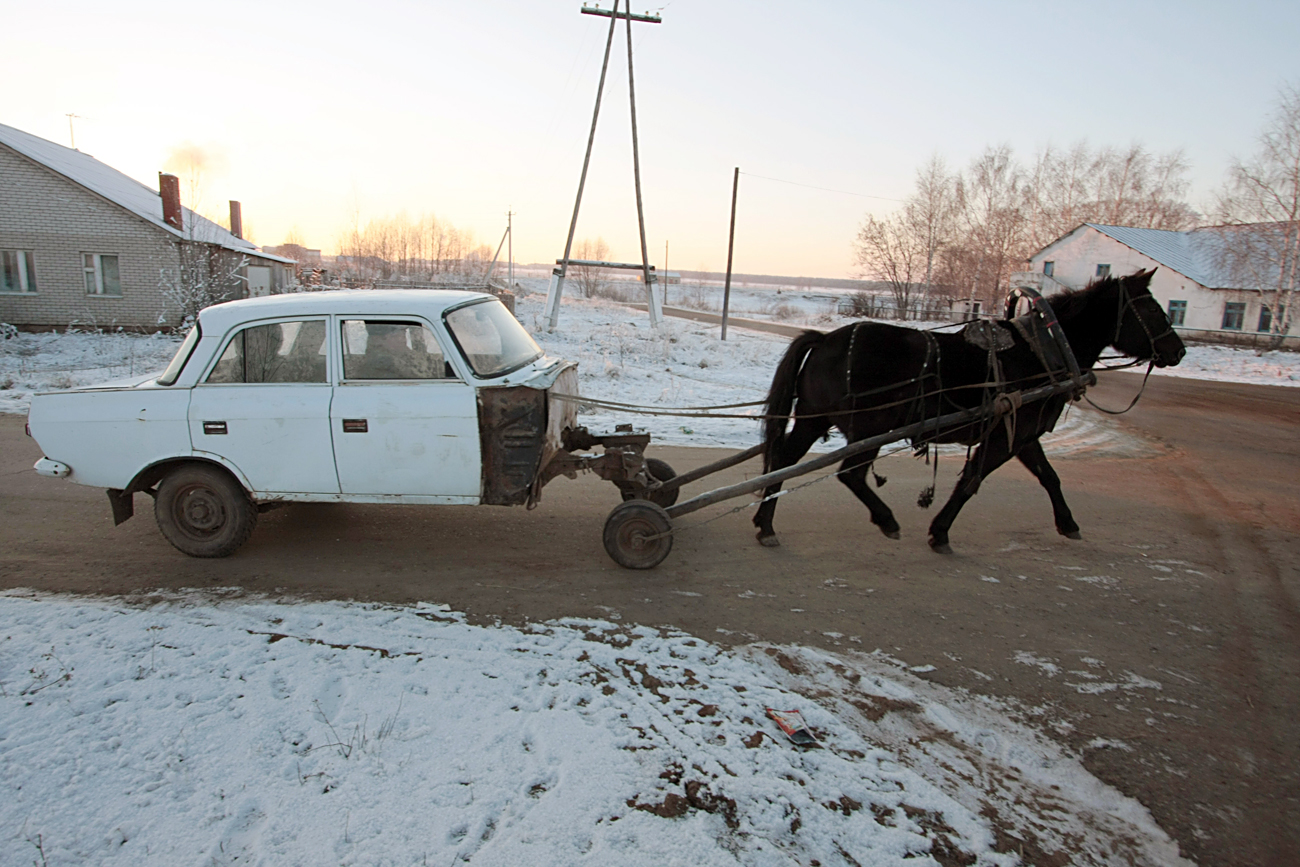