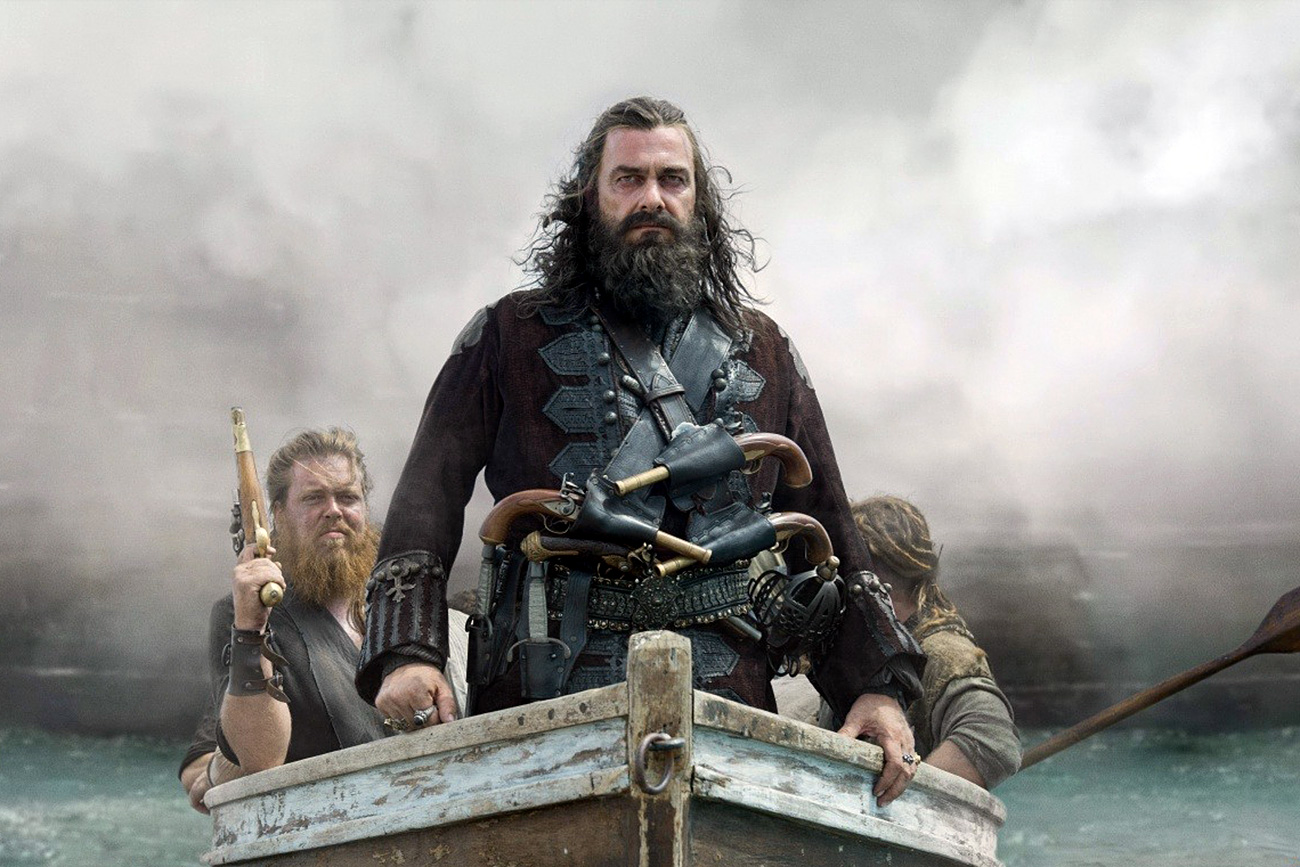 Kinopoisk.ru
The war between legislators and pirates in Russia remains a cat and mouse game. Harsh laws that blocks sites are soon bypassed by technical developments that quickly spread through the Internet.

"We tried fighting Internet piracy, but unfortunately piracy won," wrote an heir to famous Soviet writer Andrei Strugatsky on his Facebook page, adding that it is "completely impossible" to defeat the enormous amount of illegal content.

Two out of three Russians believe that viewing and downloading pirated content is legal, according to a survey conducted by software company Irdeto. More than half of the respondents also admitted to active use of pirated content.

Most Russian Internet users remember the times when almost any film could be found on the popular VK.com social network and electronic books could be downloaded for free in any online library. Now VK charges music lovers a fee, deletes the latest films and some video streaming services are showing rather good commercial results. One of the most popular video streaming services is Amediateka. It recently calculated a profit growth of 112 percent, earning 600 million rubles ($10.6 million). But it is still easy to illegally download a film or a track in Russia.

An important stage in the fight against Internet piracy came in 2013 with the appearance of an anti-piracy law, which allows authorities to block sites upon request from the copyright owner. In its first draft the law exclusively focused on the distribution of video products and did not stipulate punishments for those downloading pirate content. Nevertheless, the law provoked a storm of protest from the public and was nicknamed "The Anti-Internet Law."

Along with the Association of Internet Users they distributed a petition criticizing the law and demanding its repeal. They slammed the law for being vaguely worded - saying that could damage legitimate content - and for its restrictions on the free distribution of information.

"We are opposed when someone, with the help of the state's repressive machine, closes sites on which people spent years selecting and translating film - often better than commercial translations that copyright owners offer us," Pavel Rassudov, chairman of the Piracy Party of Russia said.

He added that the law protects the interests of copyright owners to buy content, but not the authors of the works. For authors the distribution of content is additional publicity, while their income mainly comes from live performances and theatrical distribution, the Piracy Party asserts.

In response to the petition, which collected 100,000 signatures, the government promised to consider the comments. However, the law was not repealed, but expanded. In May 2015 it was extended to include music, text and software, that is, any content except photographs. Also, it allowed the blocking of sites indefinitely for repeat violations by offenders.

According to a January 2016 court decision, the popular RuTracker torrent-tracker was "blocked forever." However, not only did the site not disappear - it even maintained a loyal following thanks to the timely appearance on its site of instructions on how to bypass the legal block.

Methods that describe in detail how to access blocked sites quickly spread throughout the Internet. Sites have appeared that can open a page through proxy servers, special Smartphone apps and give advice on how to change browser settings. Site owners began creating "mirrors" - copies of their sites with new addresses.

In response Roskomnadzor tried to block the "mirrors", fine those who "promote means for bypassing blocked pirate resources" and oblige search engines remove such links and the copy sites from search results.

The Ministry of Culture says it believes the anti-piracy measures have been effective in Russia, stating that the incidence of piracy has dropped and sales of legal content increased. However, it does not offer any specific statistics to back up its claims.

A spokesman for the Ministry of Culture said there are still many unsolved problems, such as mass use of illegal content in social networks, search engines' lack of responsibility for illegal use of intellectual rights and the blockage of sites whose owners cannot be identified. New laws will be introduced to work on these problems, the spokesman added.