10 free Russian museum apps that you need to download immediately 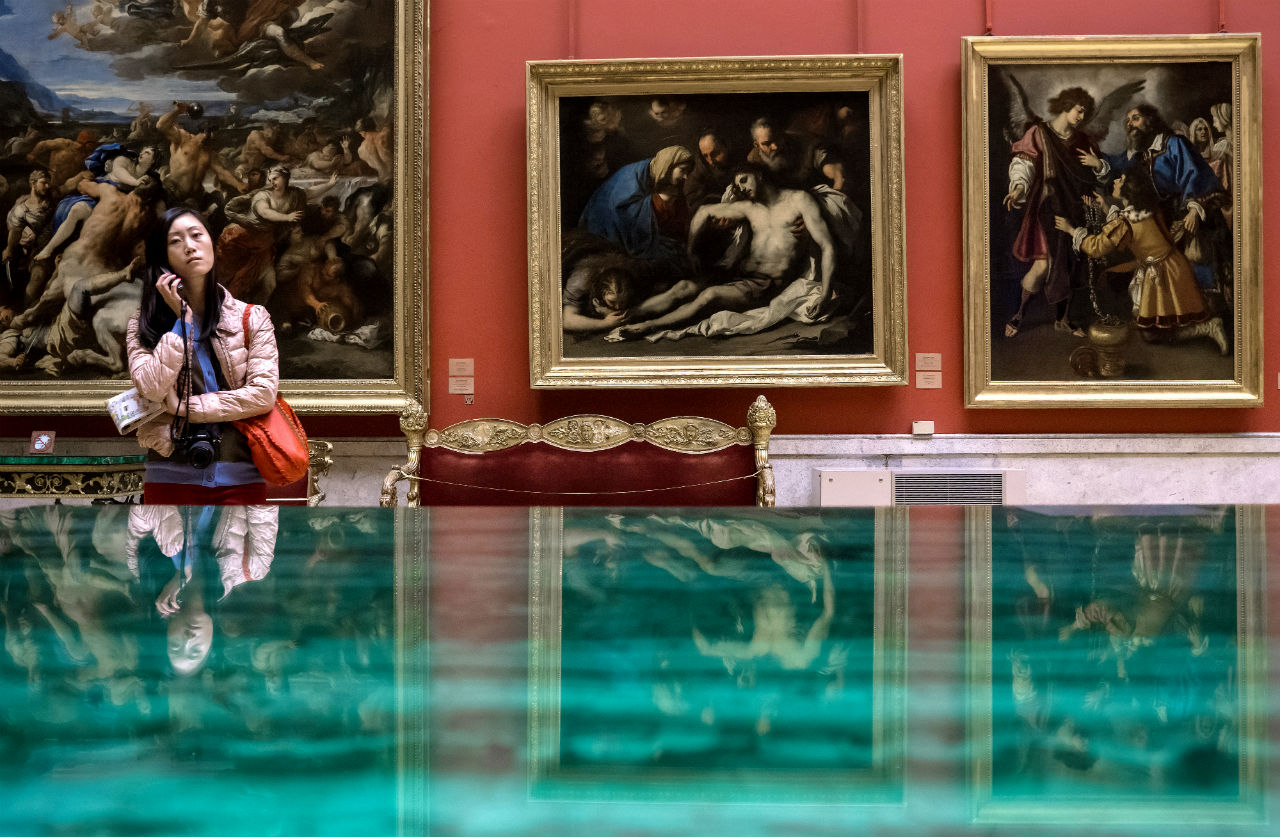 Visitors at the State Hermitage Museum in St.Petersburg.

Alexei Danichev/RIA Novosti
Among dozens of mobile apps, RBTH chose the best ones for museums that give you the most relevant and exciting information. 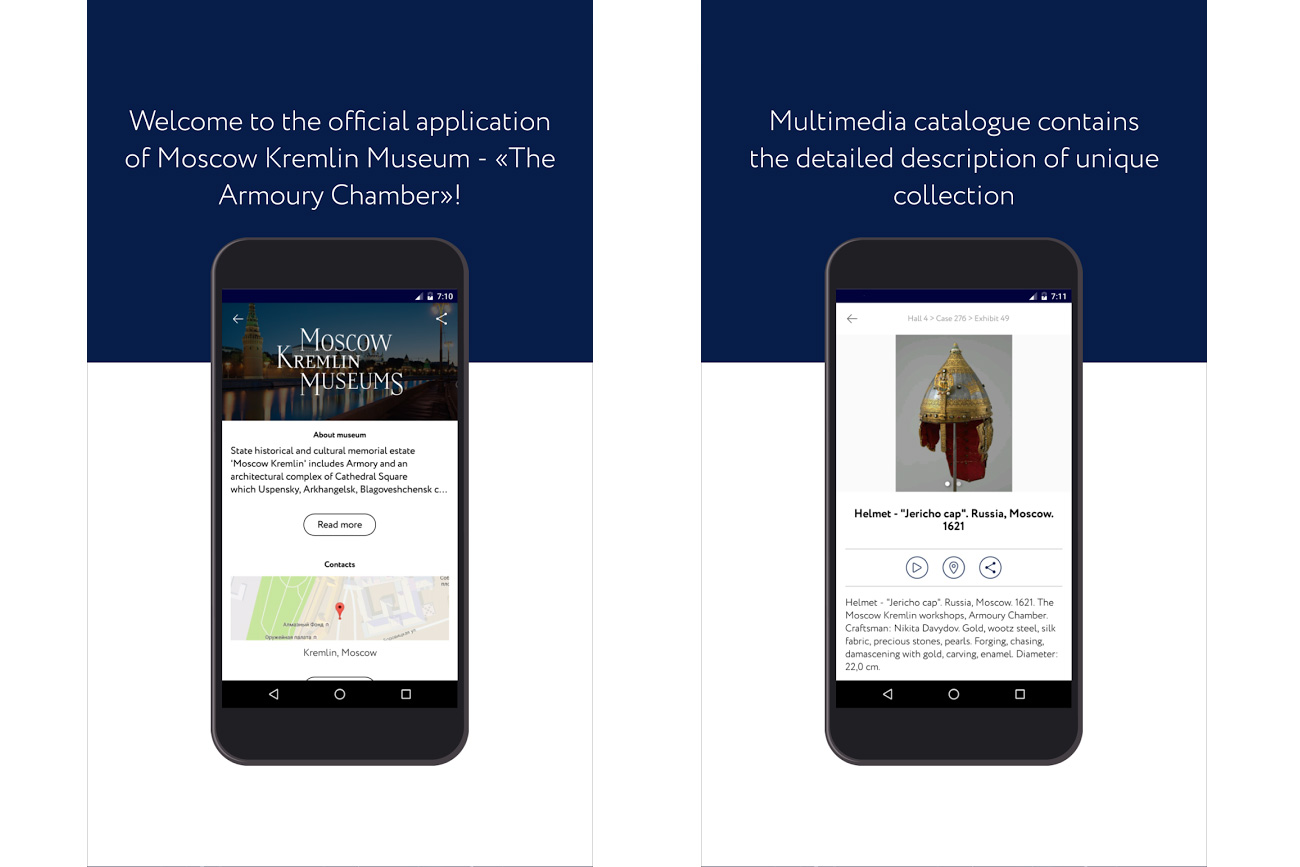 The app for the Armoury Chamber works both in Russian and English and offers a tour of historical items from different eras – not only weapons, but also tsarist clothing, elegant carriages and other items that have been held for centuries in the Imperial Treasury.

Don’t forget to test your knowledge of the Moscow Kremlin with our quiz. 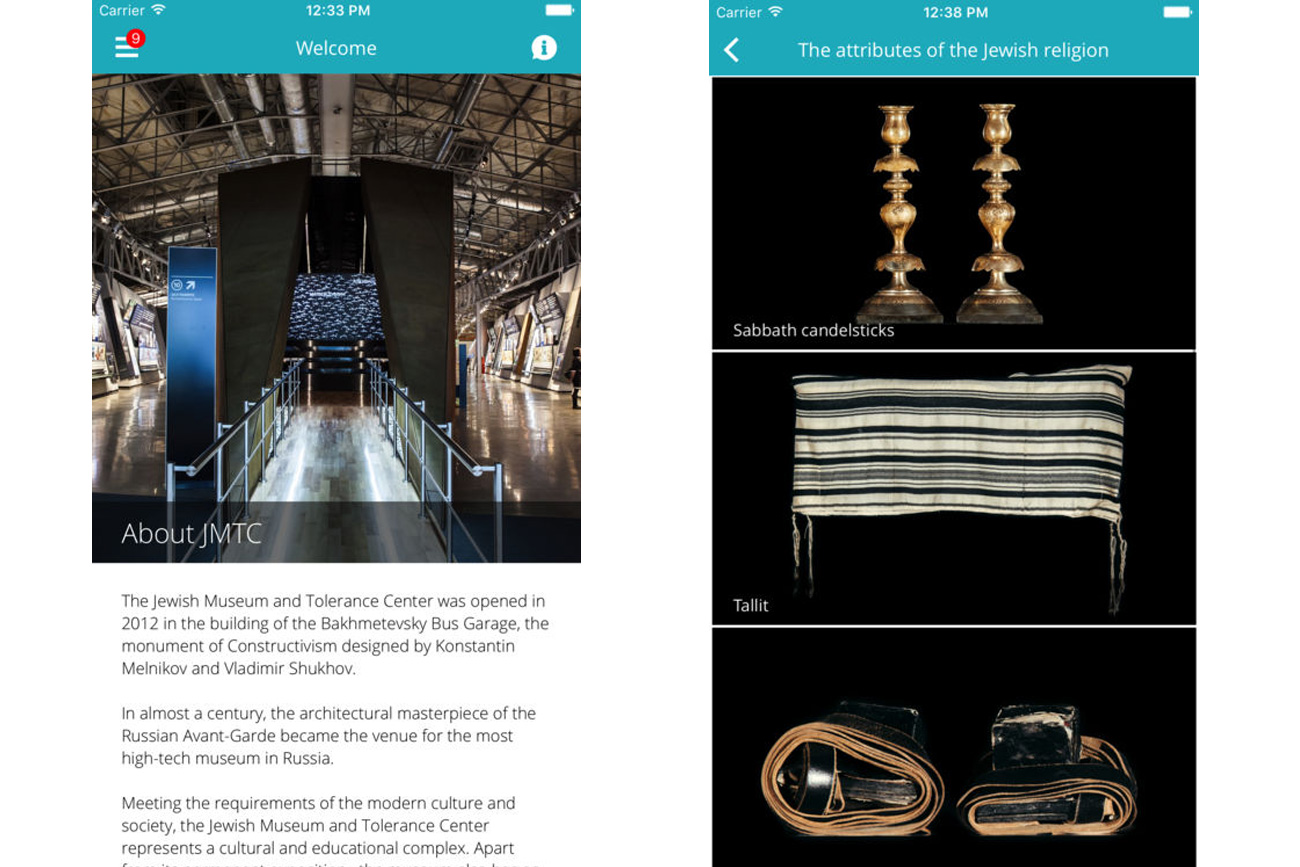 This museum in Bakhmetyev Garage, which itself is a masterpiece of 1920s avant-garde architecture, opened in 2012. It’s now one of the most modern and popular museums in Moscow among locals, and provides several permanent exhibitions, as well as daily lectures and master classes on a variety of topics. The app is available in English and Russian. 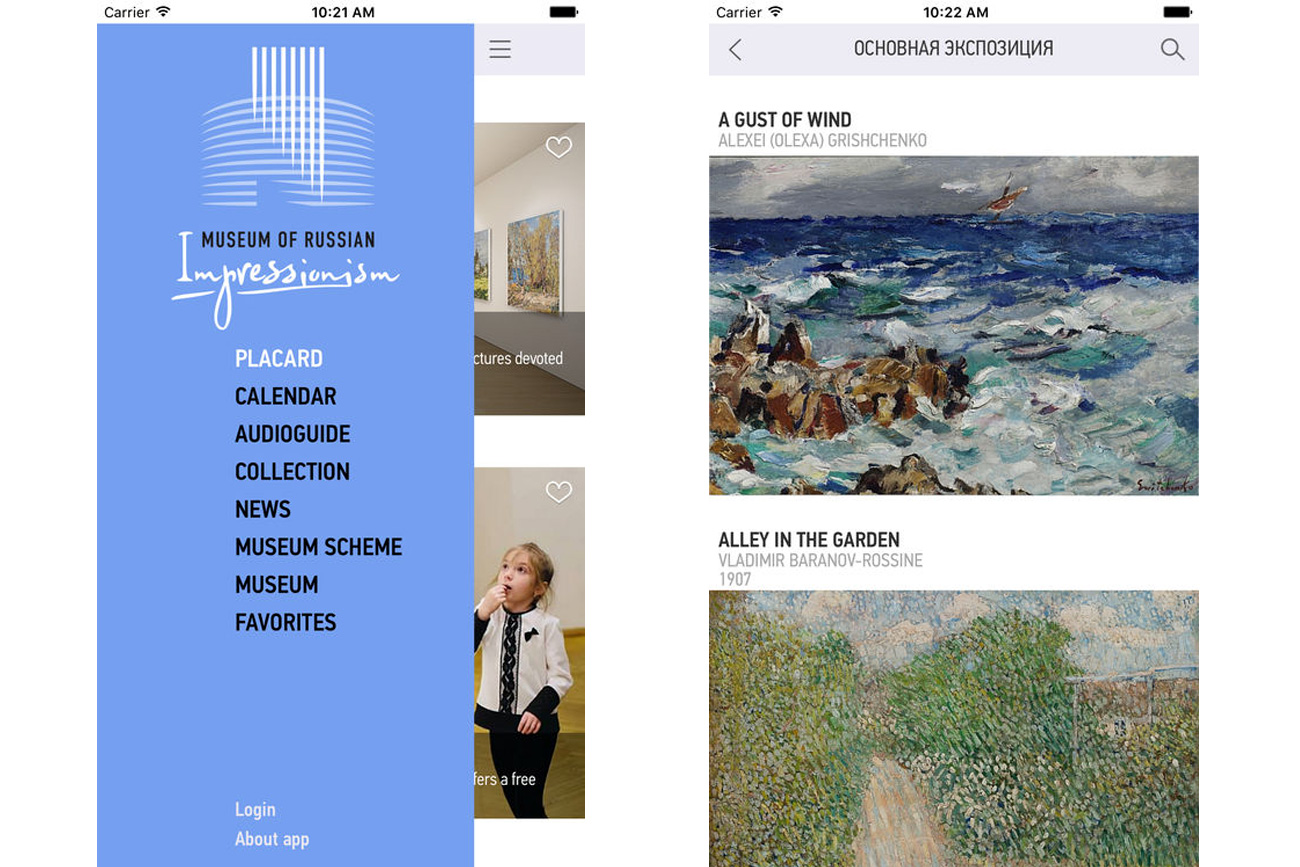 This is a new museum that opened in 2016 in a former Bolshevik confectionery factory. Inside, you can see a large collection that ranges from drawings by Alexandre Benois and paintings by Boris Kustodiev to various works by modern artists, as well as works by conceptual artists such as llya Kabakov and Valery Koshlyakov. This app (in Russian and English) provides full information about the paintings and the gallery’s layout. 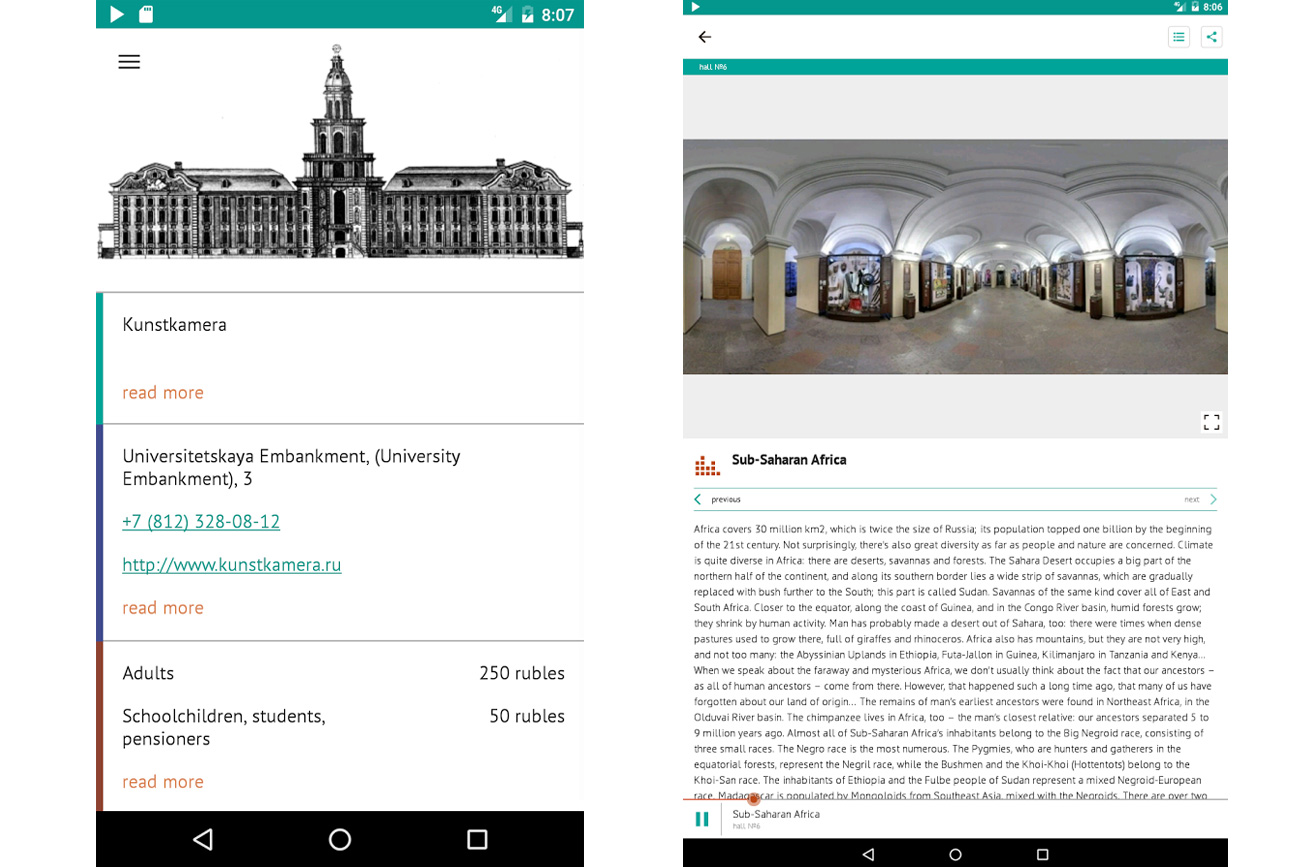 Kunstkamera is Russia’s first public museum and was opened by Peter the Great. According to legend, he saw a weird tree with a double trunk on the banks of the Neva River in St. Petersburg and ordered a museum built on this spot to collect and exhibit bizarre items. Since those times the tree remains in the museum and the collection now also includes children with two heads, as well as various animals preserved in jars. In addition to this collection of freaks, Kunstkamera is also an ethnic museum that displays the traditional dress and history of various nations from all over the world.

The museum has Bluetooth points that will help you find relevant information about the exhibits around you. The app is available in English and Russian. 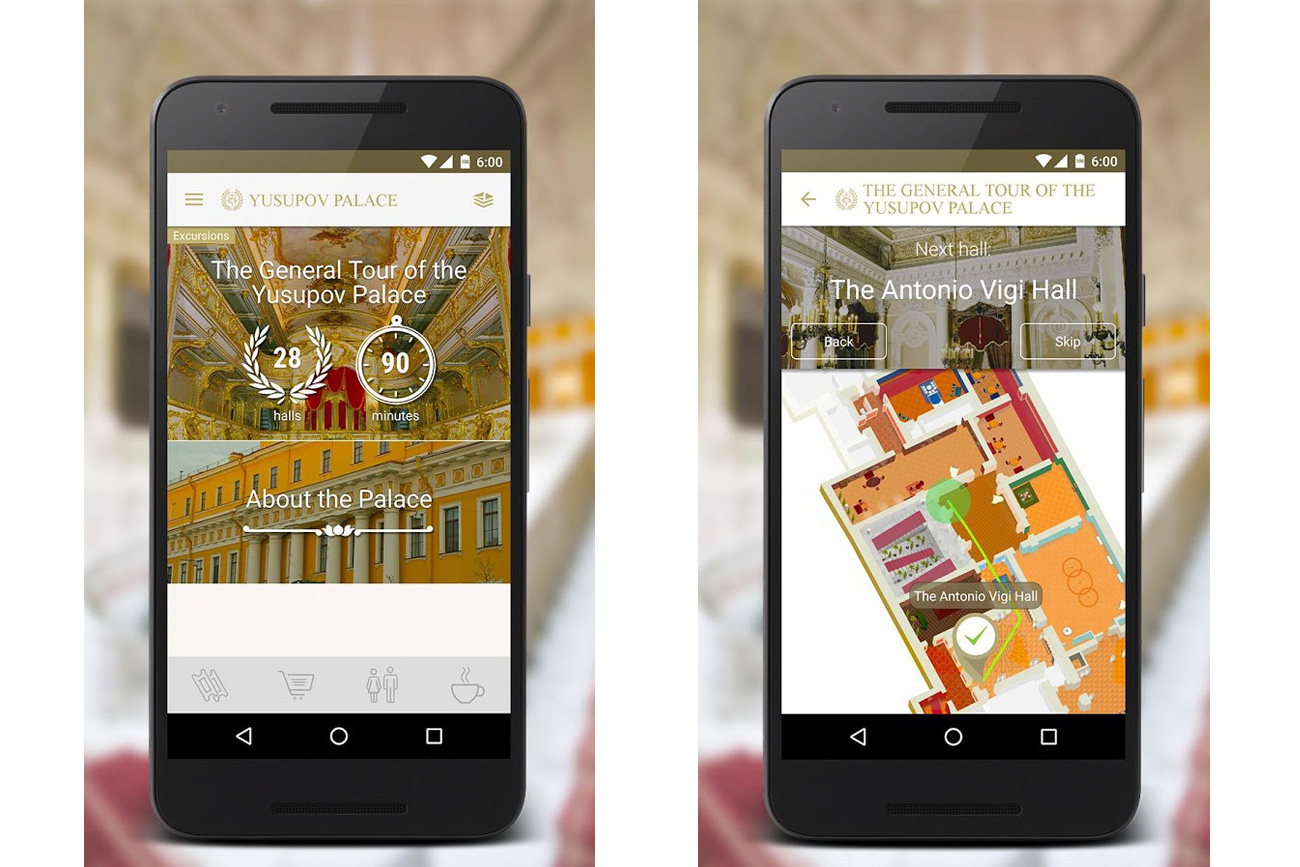 This St. Petersburg palace on the bank of the Moika River is quite mysterious and is famous for the murder of the fiendish Grigory Rasputin, who was close confidant to the last Russian Empress. According to legend, the young Prince Felix Yusupov and his friends poisoned the old man with potassium cyanide. But Rasputin had prepared himself by taking a little dose of cyanide everyday for many years; so, the poison didn’t work. Then, the conspirators shot him, but still he didn’t die. Then they wrapped him in chains and threw him into the river. There is an installation in the palace that recreates the events of that dread day.

Even without this story, the Yusupov Palace is an amazing and beautiful place with amazing interiors. The app allows you to listen to the audio guide, and the biggest advantage is that it works in English, Chinese, French, German, Russian and Spanish! 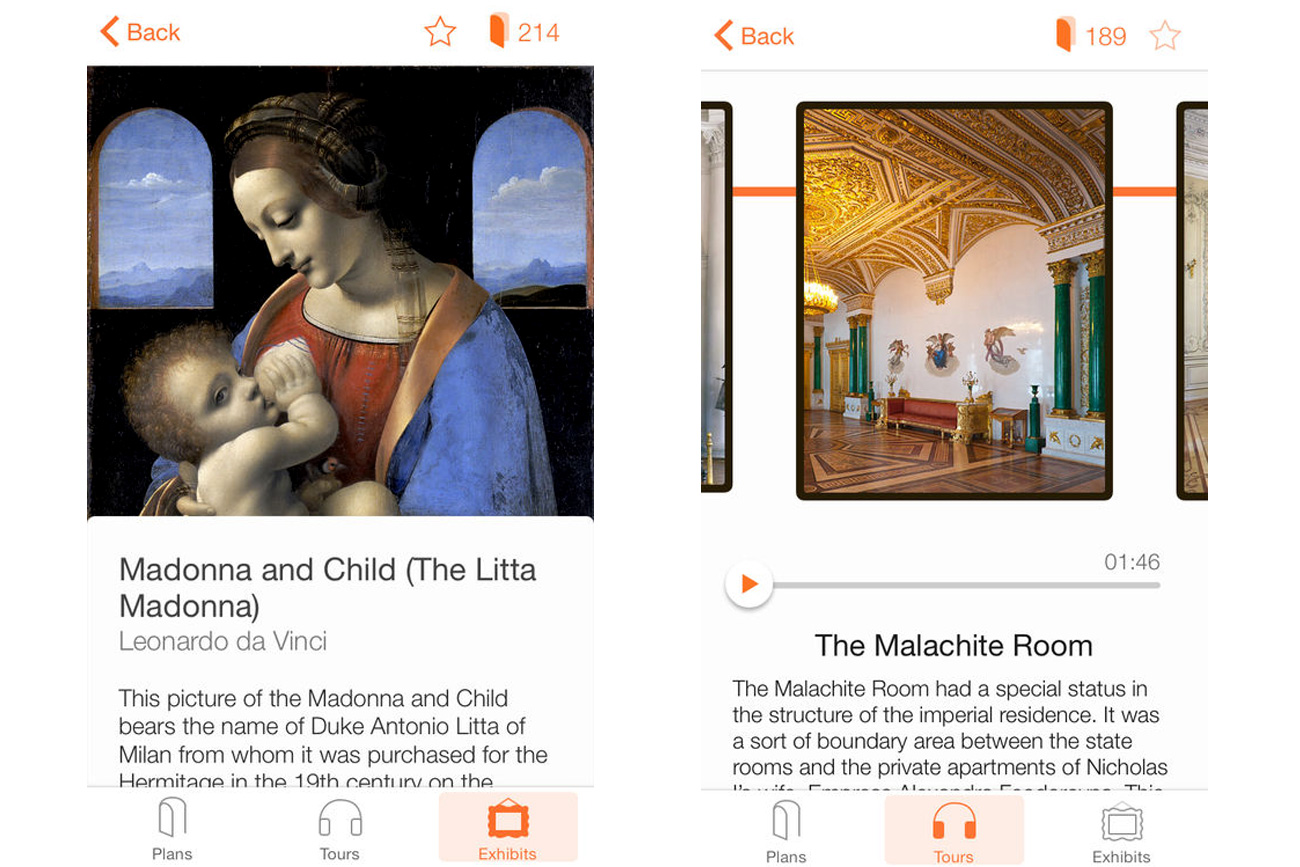 This museum doesn’t need any introduction because it’s the country’s largest and most famous. To get into the museum we advise buying tickets in advance via Internet in order to avoid the huge lines. Then download the app to choose the audio-guided tour that you wish. There is a general overview tour, as well as thematic tours. It works in English and Russian. 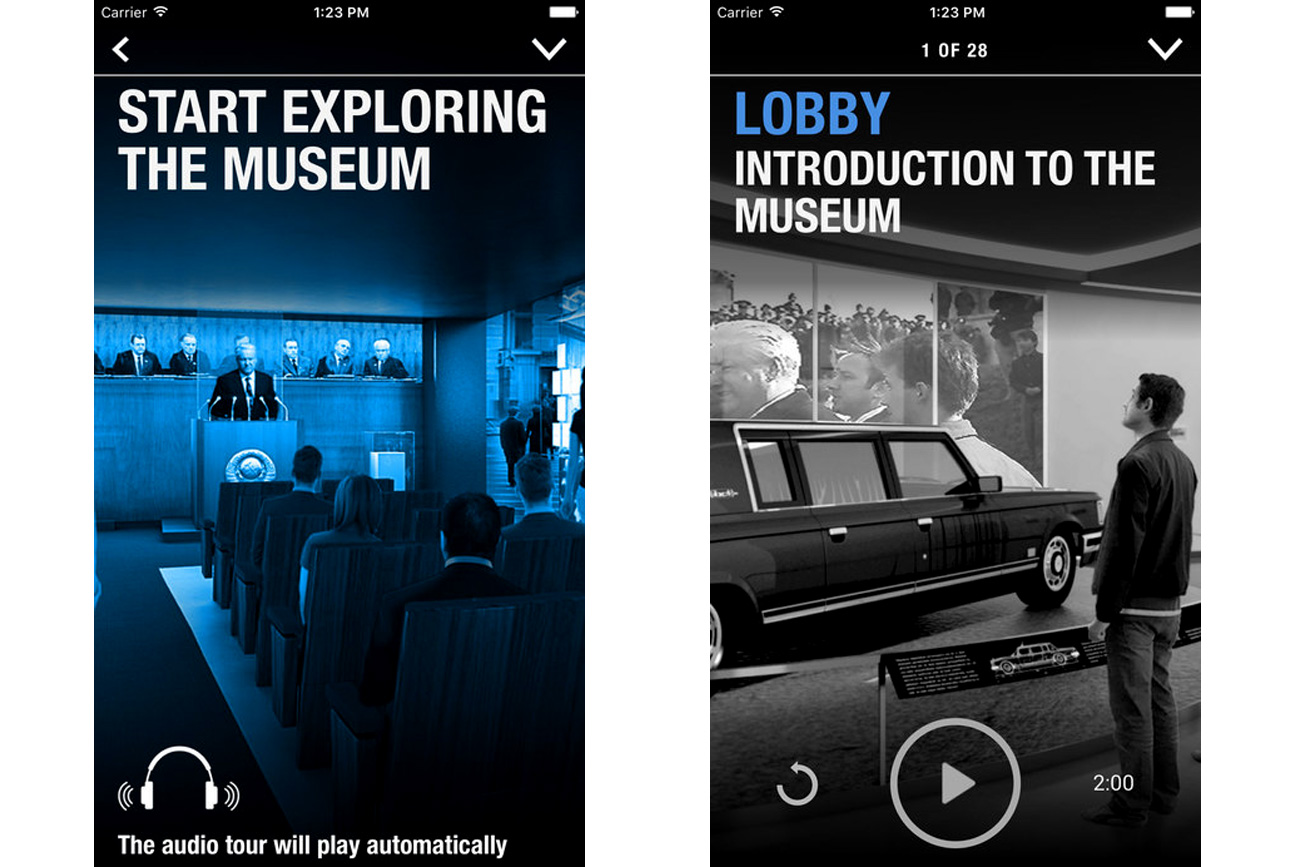 This new multimedia museum is in Yekaterinburg, the native city of Russia’s first president, Boris Yeltsin. This app is an audio guide that provides an opportunity not only to have a tour around the museum but also to listen to the memories of participants of those historic events that the museum focuses on – Perestroika and the 1990s. English and Russian available. 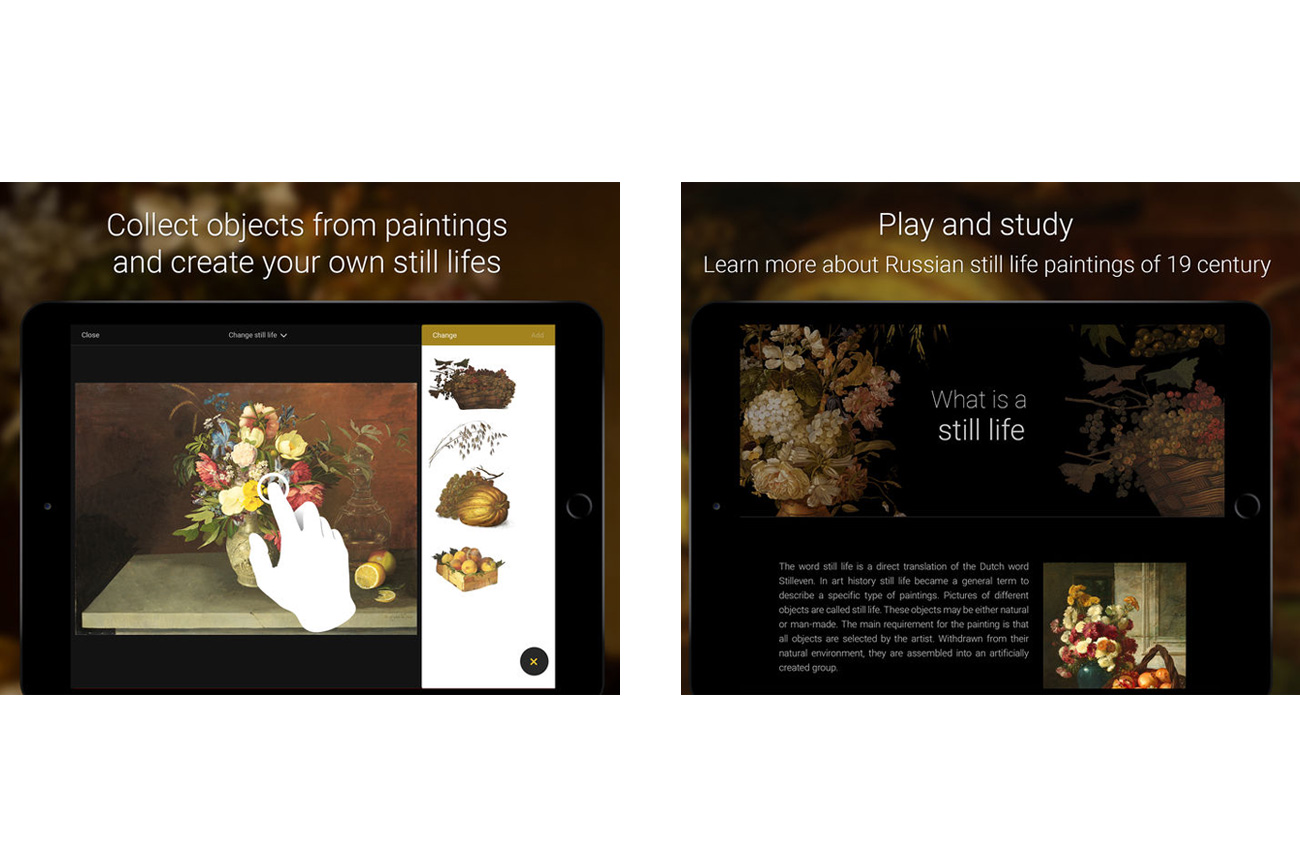 The Tretyakov Gallery has the largest collection of Russian art in the world, and it offers several apps. For example, one gives you the chance to review all the art books and catalogs on sale.

If you want something more traditional, there is an audio guide app in English. 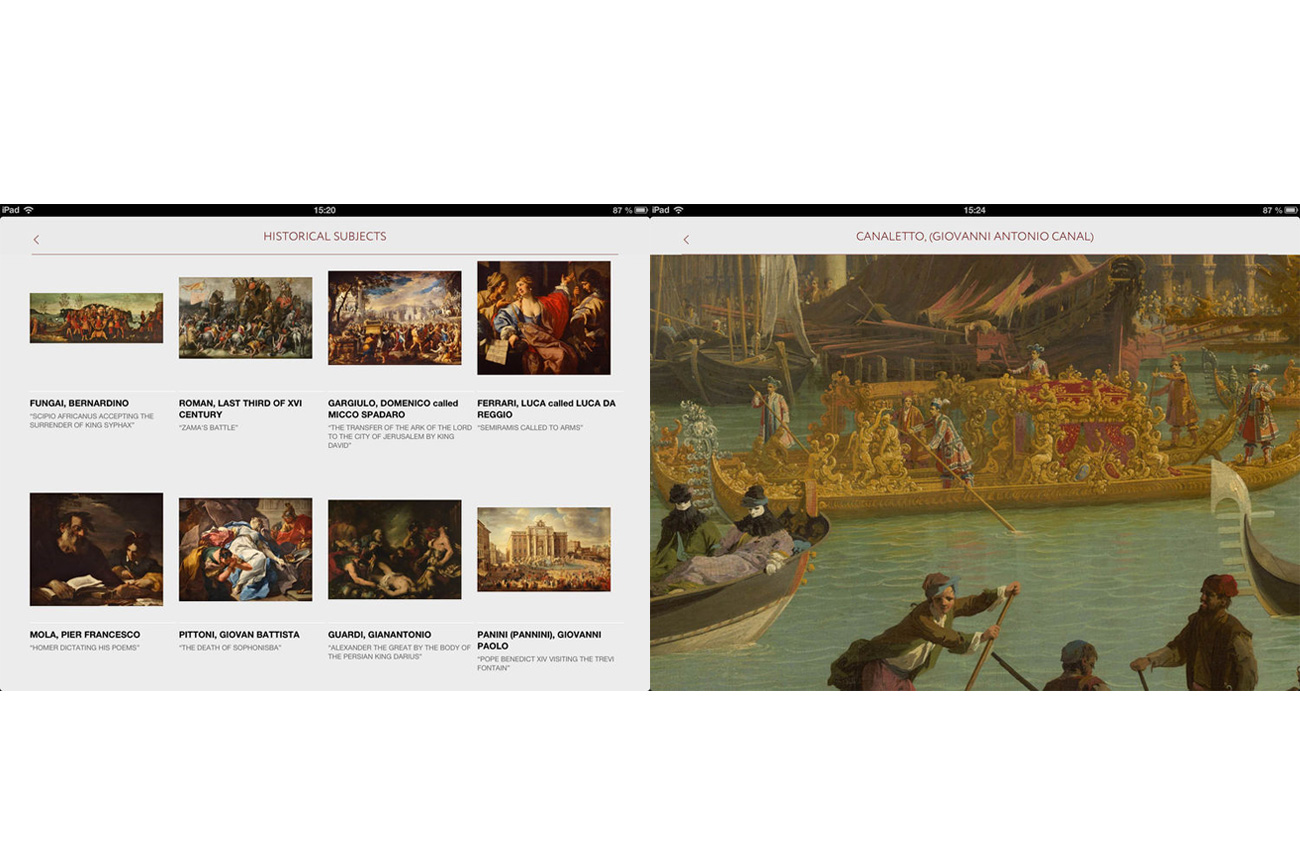 This Moscow art museum has both originals and copies of world art from Ancient Egypt and Greece to the Impressionists and contemporary artists. Their app is devoted to Italian fine art of the 8th-20th centuries, and it works in English.

Another thing worth checking out are virtual tours that you can turn on with your phone via the Pushkin Museum website: virtual.arts-museum.ru. If you have 3D-glasses it will be even more exciting.

10. Augmented reality on your phone 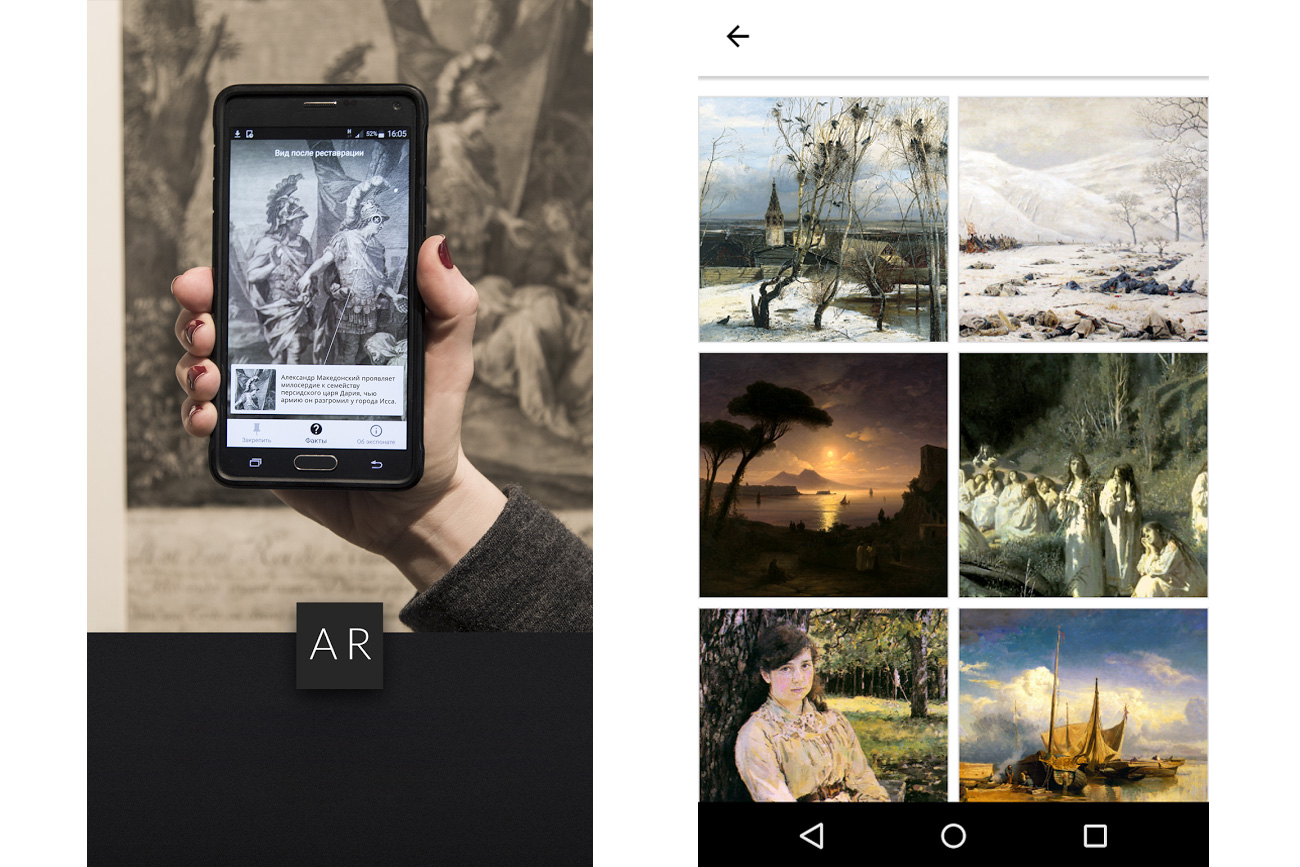 Augmented reality on your phone / Screenshot

Russia’s Ministry of Culture released a new app this year called Artefact, which gives a tour of 12 Russian museums and historical estates, and where you can view paintings of famous artists. When you put your phone’s camera on an exhibit, the app will show you lost fragments, as well as how it looked before restoration. Available in English.