Putin meets Russian Terminator 'Ruslan' - and is far from impressed 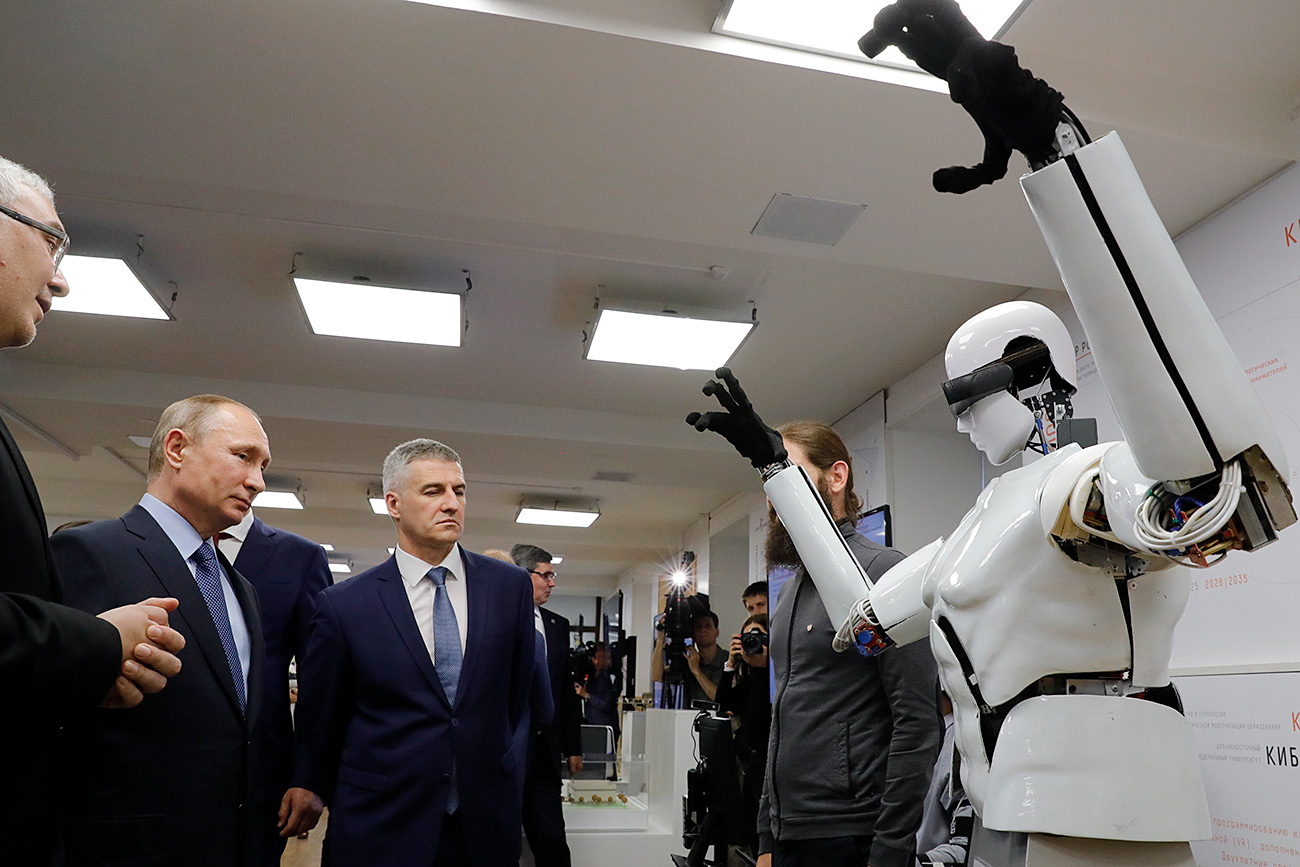 Has Putin been usurped as Russia’s top tough guy - not yet.

Mikhail Metzel/TASS
The machine was assembled as part of a children’s educational program and can operate in hazardous environments.

Judging by those famous photos showing President Vladimir Putin riding a horse topless, swimming, and playing sport, he probably thinks of himself as a bit of a hardman. So this might explain why the leader looked a little unimpressed when he came face-to-face with Russia’s very own Terminator.

Developed by the Agency of Strategic Initiatives in Karelia, “Ruslan” is designed to operate in toxic, hazardous environments unsafe for humans. But despite the robot boasting a sculpted six pack and a heavy set of pectorals, it’s far from threatening.

“The robot was twisting his head and moving his hands. It was difficult to call his movement nimble,” wrote a journalist present at the event.

“This is the result of an educational program that teaches children to assemble something from scratch,” said head of Cyber Russia, Roman Povolotskiy.

Has Putin been usurped as Russia’s top tough guy - not yet.

Read more: What was Putin's nickname at intelligence school?>>>