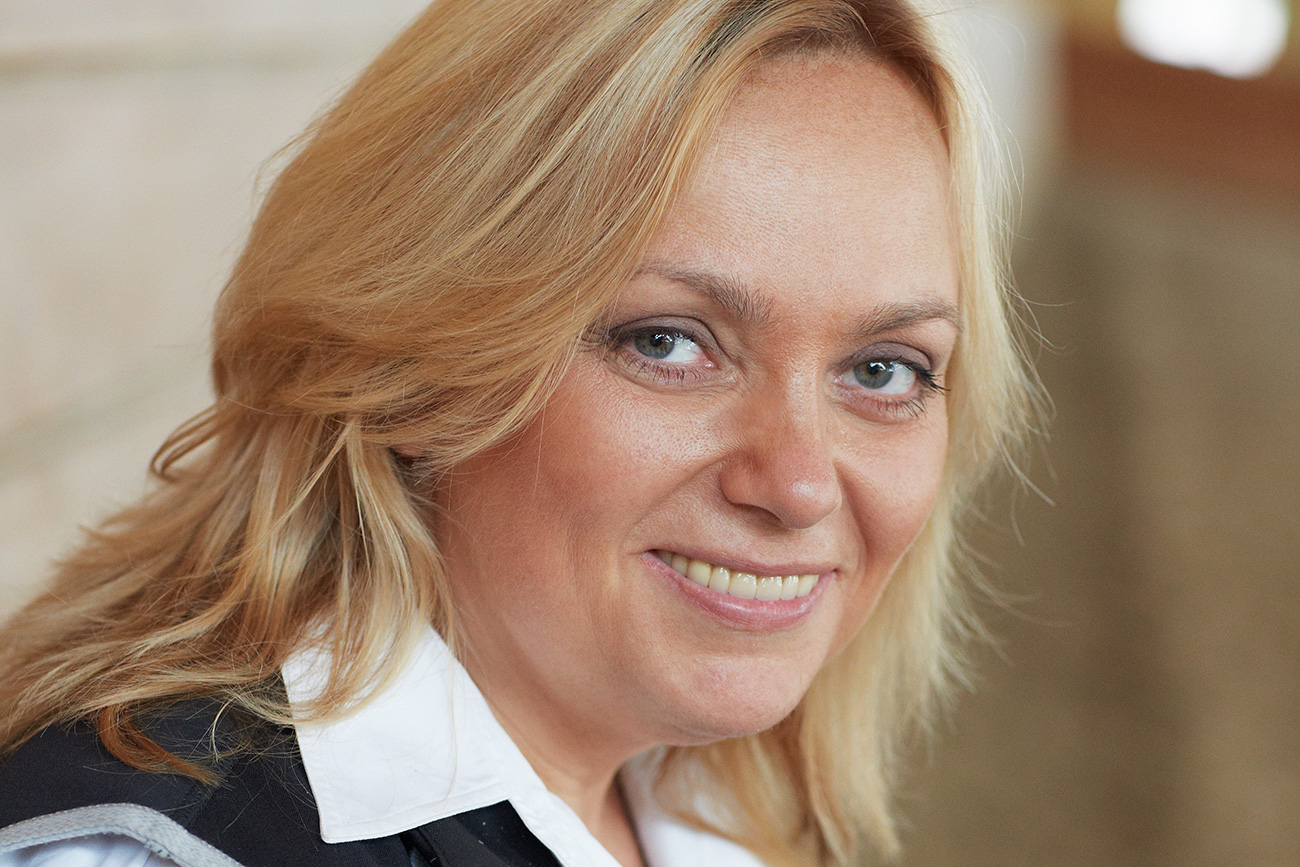 Personal archive
Aspiring female entrepreneur Olga Uskova made her dream come true last week with the launch of her first self-driving harvester. The machine was successfully tested in the Rostov Region in the south of Russia.

As a child in the Soviet era, entrepreneur Olga Uskova was inspired by a film that showed a futuristic tractor working the field.

Fast forward to the 21st century and Uskova has broken into the male-dominated IT industry, established her company Cognitive Technologies, and is a pioneer and spokesperson for driverless tech in the country.

Last week her dreams finally came true: the first self-driving Russian combine harvester was tested in the field. “We spent more than five years working on this project, and we got excellent results,” Uskova said.

Self-driving harvesters and tractors are increasingly common around the world. John Deere, for example, currently has about 200,000 autonomous tractors on farms worldwide.

According to Uskova, Russia’s driverless harvester is different because it has only one video camera, unlike existing equipment that uses laser scanners to move along the edge of the field.

"We were able to create an advanced computer vision system that allows one camera to achieve similar results as leading brands that use three to four sensors,” Uskova said in a statement. “As a result, the costs of using our technology are three to four times less.”

She believes this gives her company a significant advantage on international markets that she hopes to break into.

Uskova’s new machine still needs a driver, however, which is unlike the one she was dreaming of while watching her favorite old romantic drama, It happened in Penkovo. (Penkovo is the village where the plot takes place).

The complicated romantic story in Penkovo involves love, jealousy, and futuristic concepts such as driverless technology.

While a driver must be present to control the machine, the AI-based system significantly reduces the workload on the farmer, who can focus on other things, such as speed and angle, which directly affect harvesting. AI operates the combine harvester when it moves along the edge of the field, and the system sends a signal when it is ready to take control.

Uskova said tests will be completed by summer’s end, and then production of the self-driving tractors will begin.

“Russian tractors using driverless technology will be able to compete with the world’s leading brands,” she believes. “We’re planning to produce a fully driverless tractor by 2023 - 2024.”

“When some years ago I began creating my driverless tech company everybody just thought I was crazy,” Uskova remembers. But times have clearly changed.