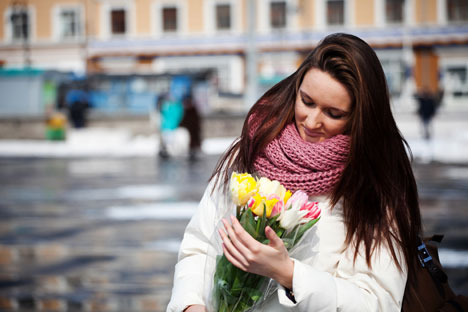 March 8th is a very special holiday for every woman in Russia. Source: ITAR-TASS

How Russian women feel about candies and flowers instead of equality and power.

March 8 is International Women’s Day – a day when nearly every man walking the streets of Russian cities will be holding bright pastel-colored flowers and myriad chocolate boxes under his arms.

Every man has some woman in his life who needs congratulating on this day, which is like Valentine’s Day and Mother’s Day combined, but more intense. On March 8, the entire country gets the day off to celebrate women.

Soviet leader Leonid Brezhnev made March 8 an official non-working day in 1965, but it had been an official holiday since 1918, when Alexandra Kollentai convinced Vladimir Lenin to recognize the day, which had been marked in several European countries since 1911. 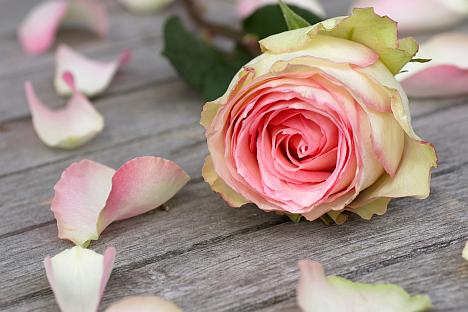 How to Celebrate International Women’s Day on March 8th

Early Soviet celebrations encouraged women to stand side by side with men waving the sickles and hammers emblematic of the new society, just like in the monument of the Worker and the Collective Farm Woman – designed by a woman, Vera Mukhina.

It’s perhaps ironic given this history that the holiday was actually inspired by American garment workers demanding higher wages and better working conditions.

But how do Russian women feel about the holiday today?

Some modern Russian women complain that the holiday has become too commercialized and celebrations of it do not call attention to women who are successful in business, or encourage men to treat women as equals.

Maria, a businesswoman who did not want to give her last name, said that men’s attitudes towards women have remained the same over the past century and that a deluge of greeting cards and messages once a year does not make her life easier.

“During negotiations with male partners, I am often perceived not as an equal, but as a woman, with all the weaknesses attributed to the fairer sex,” she said. Maria added that, in her view, the only businesswomen International Women’s Day helps today are those who sell flowers, perfume and chocolate.

At least part of Maria’s perspective is supported by some official figures. Last year, the Moscow Department of Trade and Services reported that wholesale prices for flowers increased by 50 to 60 percent ahead of the holiday.

The prices even doubled in some stores. Moscow-based MAR Consulting predicts that men in Russia will spend about $500 million on March 8 gifts in 2014.

For the church, a competing holiday

Meanwhile, the resurgent Russian Orthodox Church, which has never been fond of International Women’s Day due to its socialist roots, is also taking a stand against this holiday.

“I do not need flowers or other gifts for being a woman. God Almighty has made me look the way I do, why should I receive presents for this and have a high opinion of myself,” said Svetlana, a mother of three, a wife of an Orthodox deacon and a fierce opponent of International Women’s Day. 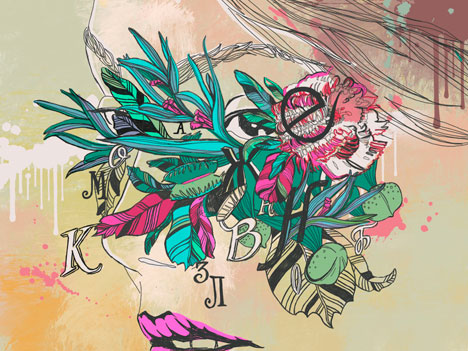 “It is a feminist holiday that has nothing in common with the old Russian tradition of a woman being a domestic goddess, a caring mother and a loving wife, not a career-driven selfish female,” she added.

This year for the first time, the church is encouraging believers on March 8 to instead celebrate a second feast day for St. Matrona, a Soviet-era saint known for her statements against witchcraft and paganism. St. Matrona’s feast day is already celebrated on May 2, so the new feast day commorates the uncovering of her relics.

A day for all women?

Another group taking issue with March 8 are transgender women. Irina, who was born female but identifies as a man and is saving for gender reassignment surgery, said that the holiday makes her uncomfortable.

She feels awkward being bombarded with gifts and compliments from her male friends and colleagues in the bank where she works.

“It is unbearable, but I understand that I cannot show them my attitude towards this so-called holiday, which I personally find discriminatory, because I may simply be fired. I do not want to be pampered by males, but, honestly speaking, I bring a bunch of flowers to my girlfriend, so it seems I myself follow the unwritten rules,” Irina said. 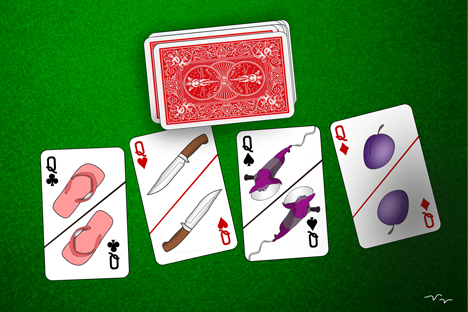 Viruses, stoves and flip-flops: Foreign women who are not women at all

Nevertheless, 7 out of every 10 Russian women said they really enjoy this holiday. For them, it marks the beginning of spring and encourages their significant others to express their love and admiration.

“I’m used to doing the chores around the house and I work really hard, so I really look forward to this day when I can relax and let my boyfriend do the housework,” said 22-year-old Natalya.

Poet Nikolai Nekrasov described the quintessential Russian woman as one “who can can stop a galloping horse, enter a house on fire.”