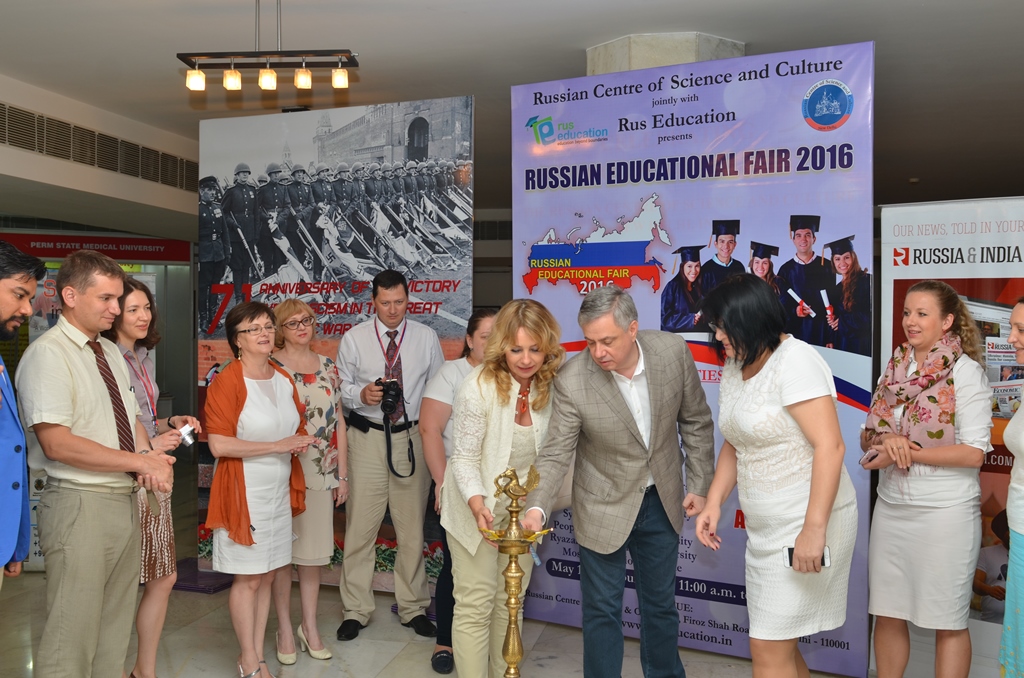 RCSC
The Russian Centre of Science and Culture collaborated with Rus Education to jointly organise the annual Russian Educational Fair at the RCSC on May 15. The fair elicited an excellent response.

The annual Russian Education Fair, jointly organised by the Russian Centre of Science and Culture (RCSC) in association with Rus Education, was held on Sunday, May 15 at the RCSC in New Delhi. The fair, the 17th in the annual series, elicited an excellent response.

A large number of Indian students and their parents, and media people attended the Education Fair’s inaugural session, headed by Fedor Rozovskiy, Director, RCSC. Among others present were Elena Barman, head of Higher Education, Rus Education, Tatyana Perova, Head of the Russian Language Teachers Training Centre, Veronica Usacheva, Representative in India for Russia Beyond the Headlines and others.

What does the Siberian Federal University offer?

Rozovskiy emphasised that the 17th edition of the Fair opened a golden opportunity for aspiring Indian students seeking admission to higher education in Russia. He said higher education in Russian universities was of high quality and widely recognised, and comparatively less expensive. He further pointed out that the successful conduct of the annual Education Fair with active participation of Russian educational experts in India has met with tremendous response in the past, attracting substantial and growing numbers of Indian students to higher educational courses. Among these, medicine, engineering, aviation, and computer science courses in leading Russian universities are most popular. He recalled the credible professional achievement of Indian students emerging from Russian universities.

The cost of higher education in Russia is relatively cheap compared to that in India, because it is highly subsidized by the Russian Government. Scholarship seats, including free tuition and accommodation are also provided to eligible candidates. There are around 10,000 Indian students currently studying at various faculties of arts, science, engineering and medical institutions in Russia.

Over the past three years, the number of Indian students going to Russia has increased considerably. There are no pre-qualifying exams like CET, IELTS, and so on for admissions to universities in Russia. Students should get a minimum of 50 per cent marks in the relevant core subjects/degrees. In the case of SC/ST and OBC students, it is 40 per cent. The academic year starts from September 1, 2016. Each academic year comprises two semesters, excluding annual holidays during July and August.