David Bowie: The most mysterious passenger of the world’s longest railway 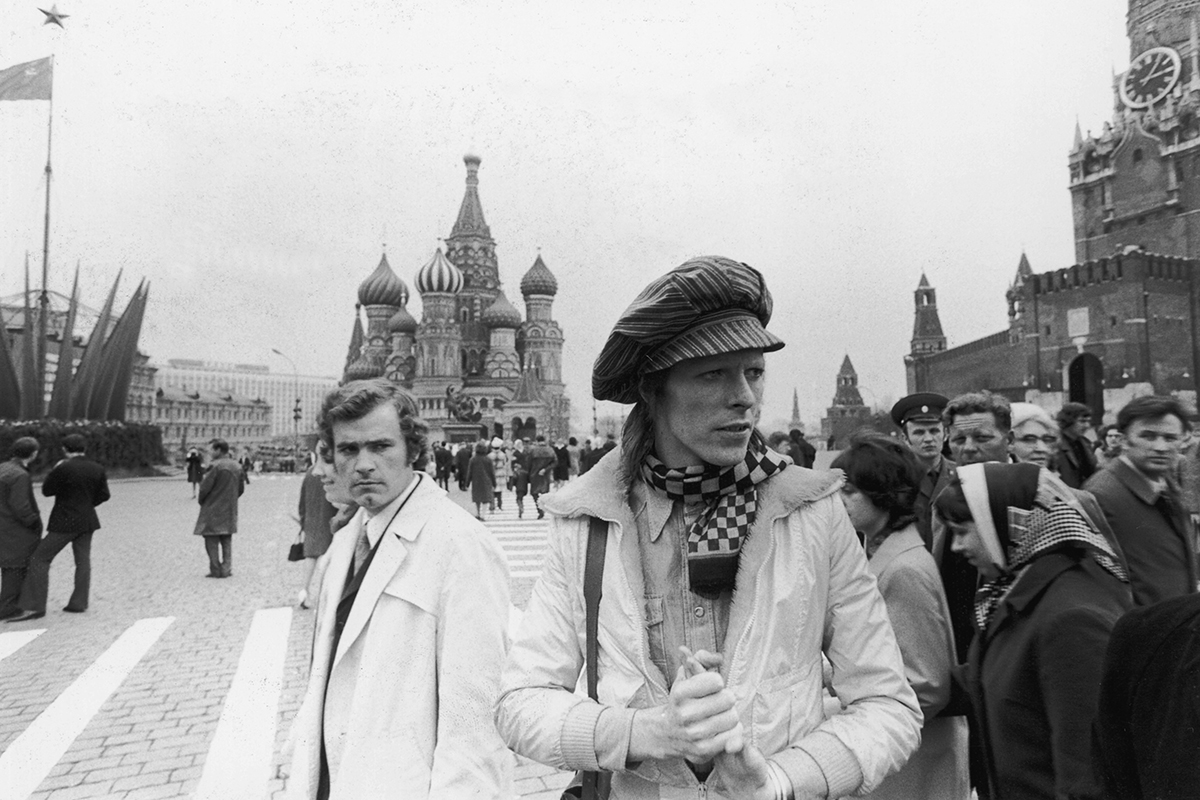 Geoff MacCormack
In 1973, Ziggy came to the Soviet Union and travelled along the Trans-Siberian Railway from Vladivostok to Moscow.

The Trans-Siberian Railway, which links Moscow and Vladivostok, is the longest railway in the world. It stretches for more than 9,000 kilometres. A lot of stories, films and legends are connected with the “Transsib” – that is the way people refer to it in Russia.

Gossip about Bowie’s trip to Vladivostok was quite common, but it seemed too fantastic to be true – as the naval city of Vladivostok was closed to foreigners until 1992. “This is quite an old legend. Sometimes they said that Bowie and Iggy Pop street raced together in Vladivostok and even illegally crossed the Soviet-Chinese border,” says historian Sergey Kornilov, member of the Russian Geographical Society. For a long time it seemed that this myth would be thought of in the same way that the monument in the central square of Vladivostok is rumoured to be dedicated to the first album of Pink Floyd – The Piper by the Gates of Dawn (in fact, the monument depicts a Red Partisan with a combat trumpet in his hand).

However, Ruslan Vakulik, a journalist from Vladivostok, found confirmations of the legend – evidence, published by the UPI reporter Robert Musel, who had accompanied Bowie on that trip to the USSR and Bowie’s letters to Cherry Vanilla, his press manager. These documents prove that the musician travelled by train across Russia in the spring of 1973. There are photos of David at Red Square in Moscow, which had long been considered fakes.

In 1973, the relations between the Soviet Union and the United States got somewhat warmer. A year later, Vladivostok housed the famous meeting between the Soviet and American leaders Leonid Brezhnev and Gerald Ford. Perhaps, at that time, the procedure for foreigners visiting the USSR became a bit more liberal than it used to be. Bowie was touring in Japan, and then in Yokohama he boarded the ship “Felix Dzerzhinsky”, named after the founder of the Soviet Secret Police. On board, Bowie gave a small concert for the passengers and soon reached Nakhodka, a port near Vladivostok. Nakhodka had never been a closed city and therefore performed some of the “capital’s functions” in the region – international events were often held in Nakhodka. This place was visited by the famous Norwegian explorer Thor Heyerdahl and other prominent foreign guests. They say Bowie suffered from aerophobia, which explains his choice to travel by ship and then by train. However, the place where he got onto the Vladivostok-Moscow Train is still unknown.

Nakhodka is located far from the Trans-Siberian Railway, which is why the musician had to either travel first to Vladivostok, or any other station. “I think Bowie was within the city limits of Vladivostok, as he got onto the train either at the railway station in Vladivostok, or at the suburban station Ugolnaya,” suggests Sergey Kornilov. “They say he was wearing a silver cloak, red trousers and his hair was of some kind of radical colour…..” The musician clearly stood out against the background of conservatively dressed Soviet citizens, even if it was a port city. However, we have not been able to find documentary evidence of Bowie’s stay in Vladivostok. Some locals still think this whole story is a hoax.

Extract from Bowie’s letter: “Siberia was incredibly impressive. All day long, we were travelling along the majestic forests, rivers and wide plains. I could not have imagined that there are still spaces in the world filled by such virgin wilderness.” Extract from Musel’s notes: “We... noticed how friendly the people living in Siberia were, and that people started getting more sullen as we got closer to Moscow.”

There were many other distinguished people among the passengers of Trans-Siberian Express, besides Bowie. At different times in history, Admiral Kolchak, the leader of the White movement, and Ho Chi Minh and Kim Jong-il, the leaders of Vietnam and North Korea, were the guests of Vladivostok Station, which is the Eastern Gate of the Transsib. There is evidence that in 1917, Somerset Maugham, who came to Russia as a British spy, had dinner in the Vladivostok Station Restaurant. Then in 1994, another writer, Alexander Solzhenitsyn, who returned to Russia after 20 years of exile in the U.S.A., travelled by train from Vladivostok to Moscow.

It takes almost a week to travel by train from Vladivostok to Moscow, crossing seven time zones. One can hardly see any large cities during the first few days of the trip. A more or less densely populated territory can be seen starting west of the Urals. Tourists often travel from Moscow to Vladivostok by train to see the country in another way, not just through the airplane window. However, as a rule, they make their way back by air, having decided that a week in the Russian train is enough to satisfy their craving for thrills.

Golden Eagle is a luxury train that crosses the whole of Russia, from Moscow to the Pacific Ocean, passing through the Ural Mountains, the most ancient in the world, the vast steppes of Central Asia and the rocky landscape of the Altai, the world's deepest Lake Baikal. Tours are offered by Planetrail, Travel Wizard.