A traveler's guide to Novosibirsk, the unofficial capital of Siberia 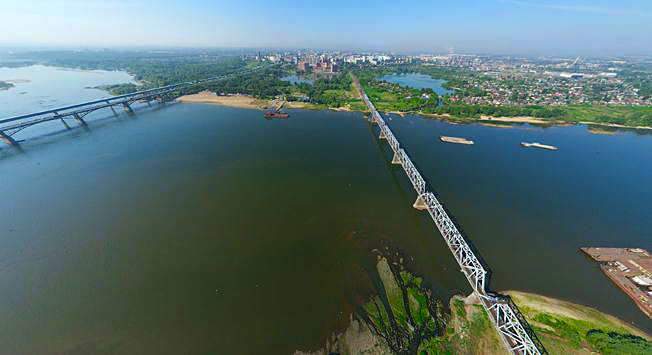 Lori/Legion-Media
Novosibirsk is the third most populated city in Russia after Moscow and St. Petersburg. It is home to exotic animals such as the liger, and in winter people practice the interesting sport of snow-kiting. Novosibirsk has many interesting places — from the home-sphere, built by young scientist, to the museum of death.

Residents of Novosibirsk love trains and are proud of the fact that their city played a significant role in the history of the grand Trans-Siberian railway, which spans the breadth of Russia. The railway is such a part of Novosibirsk identity that it is even depicted on the city’s emblem, along with the bridge that crosses the Ob river and two Siberian sables standing on their hind legs.

In the city, there are as many as five monuments to trains, and an open-air locomotive museum is located in the vicinity of the train station Seyatel’. The museum has more than 100 steam locomotives, diesel locomotives and carriages, reflecting the history of rail transportation in Russia from pre-revolutionary times to the present day. Wondering around the stationary trains and comparing your height with the diameter of the gigantic iron wheels of the first steam locomotives is all very well, but why not climb inside the carriages and see how the nobility once traveled across Russia in pre-revolutionary times? These tours will however need to be booked in advance. The museum opens from 11:00 until 17:00 every day except Mondays.

Novosibirsk spans both sides of the river Ob. In the early twentieth century, the border of two different timezones passed right through the city which led to a strange situation- morning on the east bank started one hour earlier than on the west bank! The two-kilometer covered metro bridge that crosses the river is considered the longest in the world. Due to the fluctuations in temperature across the year (on average +30 °C to -30 °C), during the summer the metro bridge expands, and in the winter it contracts by half a meter. To counter these effects, the bridge’s supports are equipped with special rollers that allow it to move.

The cultural center of Siberia 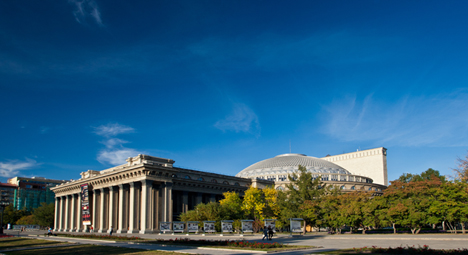 In the centre of the city on Lenin Square lies the symbol of the city — the Novosibirsk Opera and Ballet Theatre. It is the largest theatre in Russia, and it is so vast that the Moscow Bolshoi Theatre could fit completely under its dome. The Theatre had hardly been completed when World War II started. Amongst the city’s residents, there is a myth that a bomb shelter was constructed under the theatre. Some even believe a secret bunker or possibly an entire underground city with streets and traffic lights was built so the Soviet government could be relocated in the event of the capture of Moscow by the Nazis. One urban legends says that there is an artificial underground lake beneath the theatre that could be used as a strategic reserve of drinking water or for fighting fires. However, there is no conclusive evidence about any of these tales.

The repertoire of the theatre can be viewed on its official website. The theatre season runs from September to July, and comprises mainly classical performances, like the ballet “The Nutcracker” by Tchaikovsky, Borodin’s opera “Prince Igor” and Verdi’s “La Traviata”.

The large Siberian sea and ligers 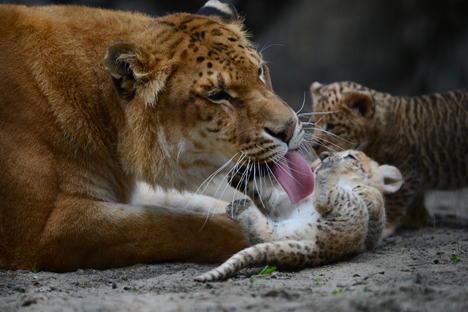 The Ob river flows through Novosibirsk. Alongside the city a giant reservoir was dug with two dozen picturesque islands that are either inhabited or abandoned. Local residents call this place the Ob sea and use it as an urban holiday resort. A sailing regatta takes place on the reservoir, and citizens learn kite and wind surfing on the water. When the reservoir freezes over in the winter, snow-kiting becomes popular — this is skiing or snowboarding on snow-covered fields or frozen reservoirs with the aid of a kite. Snow-kiting is possible in Novosibirsk from December to February, but a lot depends on the weather as the wind must be strong enough.

Weekends are best spent at the Novosibirsk zoo. The zoo is known for breeding big cats, although surrounded by controversy, hosts a successful crossing of a tiger and lion, which of course would not otherwise breed in wildlife. Ligers, or exotic cubs of an African lion and Bengal tigress, feel quite comfortable in the Siberian climate and even produce offspring. The zoo is open to visitors year-round, seven days a week, and even has its own free mobile app, Zoo Nsk.

Every year at the beginning of January, the festival of snow culture takes place bringing together artists from across Russia and around the world to participate in a snow sculpting competition. The tradition started in 2000 inspired by the snow festival in Sapporo, Novosibirsk’s twin-city. 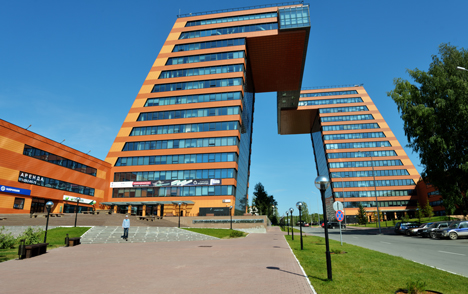 One of the most famous districts of Novosibirsk is Akademgorodok built especially for the country’s best scientists. Russia’s very own Silicon Valley — Novosibirsk Technopark— is situated here and it is home to global IT companies, high-precision experimental production and two dozen research institutes involved in everything from genetics to philosophy, and from archeology to nuclear physics. New computer systems, a new laser and a vaccine against Ebola are all being developed at the Technopark.

Despite the fact that Akademgorodok was built half a century ago in the middle of the uninhabited Siberian taiga, architecturally it was ahead of its time. No trees were destroyed for its construction, and houses were built right in the middle of the forest. A man walking through the woods would seemingly stumble upon these structures. At that time, no one had built anything similar in the world and ecovillages only became fashionable much later.

For residents of the Novosibirsk Akademgorodok is a different world. When you step out the bus or car, you are immediately on one of the hiking paths through the forest, between the scientific buildings and clubs. On a walk through Akademgorodok, it is possible to unexpectedly encounter art-like objects handmade by residents of the city which have been erected as monuments and some monuments fixed up by city authorities. For example, the monument to the laboratory mice, which knits a strand of DNA on to some needles, can be found in the square alongside the Institute of Cytology and Genetics. In Akademgorodok there are many cafes and restaurants, in which it is possible to rest after a long walk. Grab a coffee and go to eat at Traveler’s Coffee, or eat lunch at the grille and bar People’s or Clover.

Winters in the Akademgorodok are slightly colder than in the city, so wrap up. Spring and summer are usually wetter, so waterproof boots are recommended. In the summer the Ob sea provides respite from the heat, so do not forget your swimsuit to go for a dip. 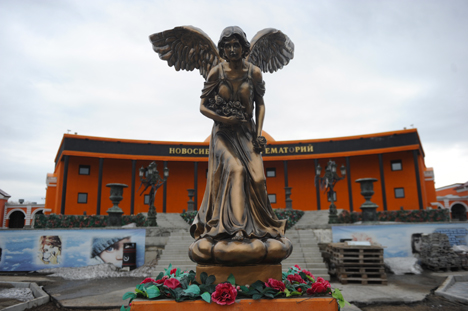 The most unusual museum in Russia is located at the Novosibirsk City Crematorium near the Voskhod village of the Novosibirsk region. Crematorium owner Sergei Yakushin decided to open this unusual museum after he successfully beat cancer. According to Yakushin, his experience through that journey was the primary motivation for the creation of a museum, all the exhibits of which he collected himself.

Among the exhibits of the museum is one dedicated to world funeral culture — hearses, memorial jewellery from the hair of the deceased, samples from a specific photo-genre of  "post mortem", a collection of funeral wear from the Victorian era, deathmasks, statues and monuments. There’s also an impressive collection of coffins. One of them, resembling a fish, was manufactured on a special visit to Novosibirsk by a designer coffin-maker from Africa, Eric Adjetey Anang, who specializes in the production of unusual coffins.

Surprisingly, the crematorium itself does not look at all gloomy in appearance and definitely does not look like infernal scenes from movies, or like crematoriums of other cities that gravitate towards gloomy temple aesthetics. The Novosibirsk crematorium is decorated in “cheerful” orange tones and is surrounded by a park with a children’s playground nearby. A visit to the museum then leaves you with mixed feelings. 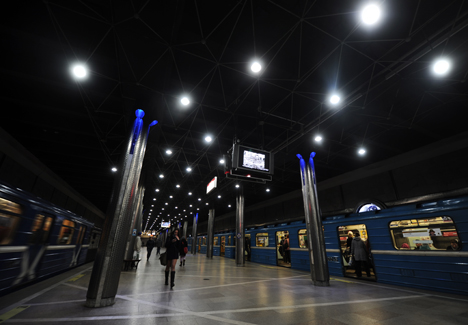 There is only a metro system in seven Russian cities, and subterranean metros only exist in Moscow, St. Petersburg and Novosibirsk (generally, metros are called “light metros,” like in Samara.) The Novosibirsk metro was built in some of the most unforgiving conditions as the land in this area is often frozen throughout the year.

Tourists from all over the world go down into the Moscow metro to take a ride and a few selfies in the most famous underground museum. The Novosibirsk metro is also quite a museum in itself — it has 13 stations, the most beautiful of which is Gagarinskaya, Sibirskaya and Rechnoy Vokzal.

The ultramodern Gagarinskaya station is like a real cosmos underground. Its technologically themed design includes marble walls with metallic elements, dark blue backlighting and portraits of Yuri Gagarin. The Sibirskaya station looks like an underground treasure trove, decorated by Altai masters craftsmen with mosaics of precious Siberian stones. The Rechnoy Vokzal station is framed with ten glowing stained glass windows depicting the largest cities of Siberia, including Novosibirsk itself, Omsk, Barnaul and others. The platform resembles a big ship sailing on the Ob, from which ancient Siberian cities are visible through its windows.

The easiest way to get to Novosibirsk is by plane with Aeroflot or Novosibirsk airline S7 with one-way tickets from Moscow costing from 200-250 USD. If you decide to take from the train from Moscow, you’ll have to travel approximately a third of the Trans-Siberian Railway. That’s 3,300 kilometers over almost a three-day journey.

There are many great hotels in Novosibirsk. Amongst the best include a four-star Doubletree hotel by Hilton, which is located near Lenin Square (per room from $200). After renovations and repairs, the congress-hotel Novosibirsk has improved (per room from $100) and is located across from the train station. Less expensive but of a similar standard is the four-star River Park hotel near Rechnoy Vokzal metro station, which costs $80 per night.