Keep Russia weird: 9 of the most unusual museums 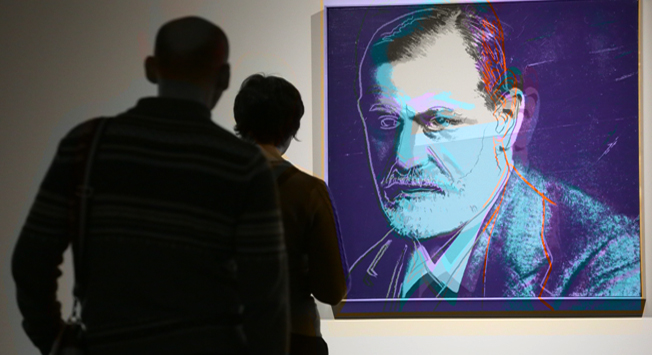 ITAR-TASS
Seeing the homes of modern Russian peasants in remote places, playing the best Soviet videogames from the seventies, sampling the world of ancient Russian magic, taking your heart to a freak show and living in Freud’s own dreams — in Russian museums anything is possible. For this list, RBTH chose the nine most unusual exhibits in Russia. 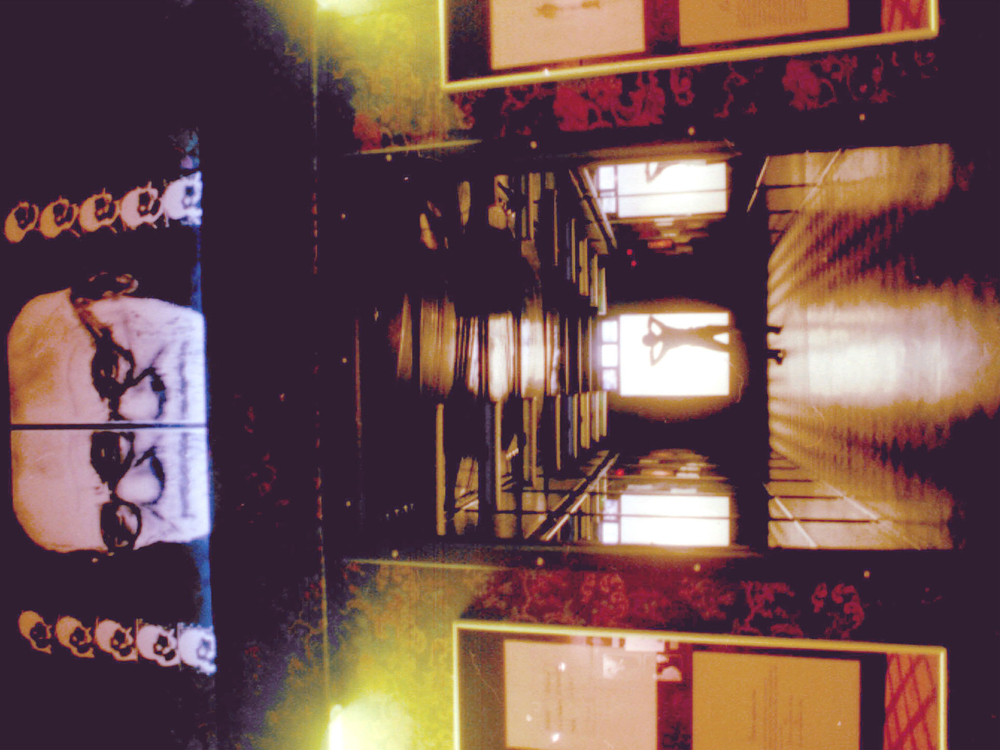 Photo credit: ITAR-TASS/Yury Belinsky
Sigmund Freud demonstrated that dreams are not the incoherent nonsense of a resting brain, but rather the “imperial road to the unconscious,” leading us to a limitless treasure trove of information about the world and about ourselves. In an old St. Petersburg building from the 19th century the Institute of Psychoanalysis is located, and is one of the world’s three museums dedicated to the founder of this revolutionary theory. The museum space is the installation. All of the museum’s surfaces move in different planes. There are a lot mirrors and shadows, which create the effect of waking dreams for visitors.

2. Museum of satire and humour in the name of Ostap Bender in Kozmodemyansk 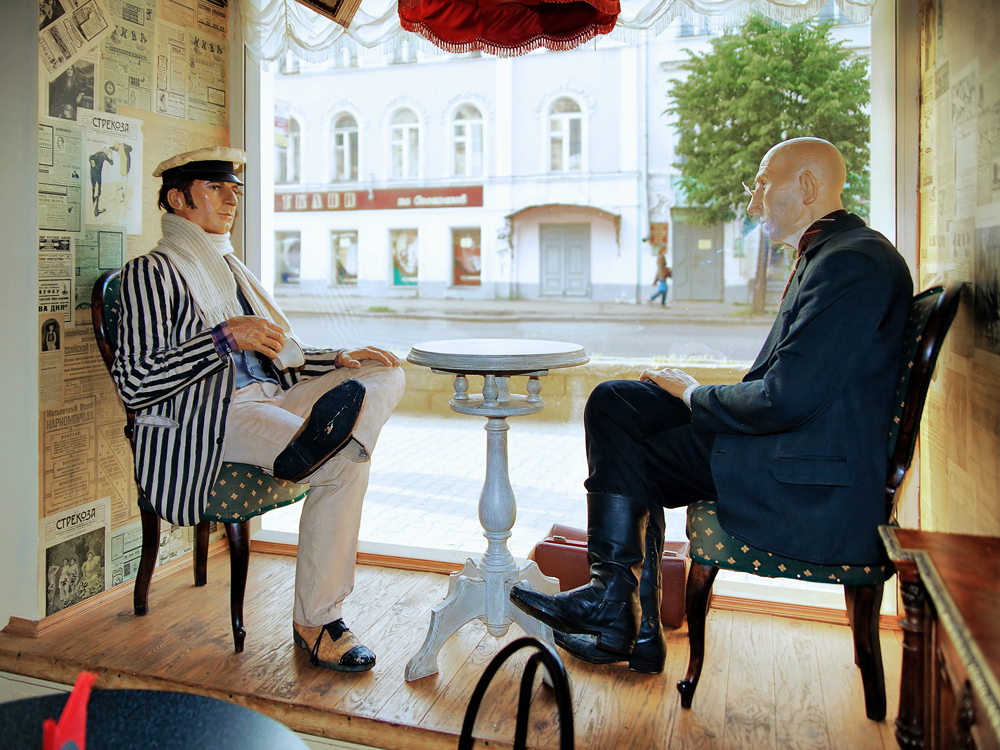 Photo credit: Lori/Legion-Media
The action contained in one of the most important chapters of the funniest soviet adventure novel “12 Chairs” (by the authors Ilf and Petrov) occurs in the village of Vasyuki. Here game scenes with the “great grandmaster” Ostap Bender were simultaneously carried out on 160 boards and plans were made for the interplanetary chess tournament. The prototype of fictional Vasyuki is the real city of Kozmodemyansk, where a museum of humor  is located in an old merchant’s house in the classical style. Household objects are stored in two halls, which illustrate the famous chess tournament, lunch in the Vasyuki cafeteria and the new hairstyles of Ostap and Kisa Vorobyaninov after a visit to the barbershop called “Haircuts and Shaved Goats.”

3. Museum of sin in Tambov 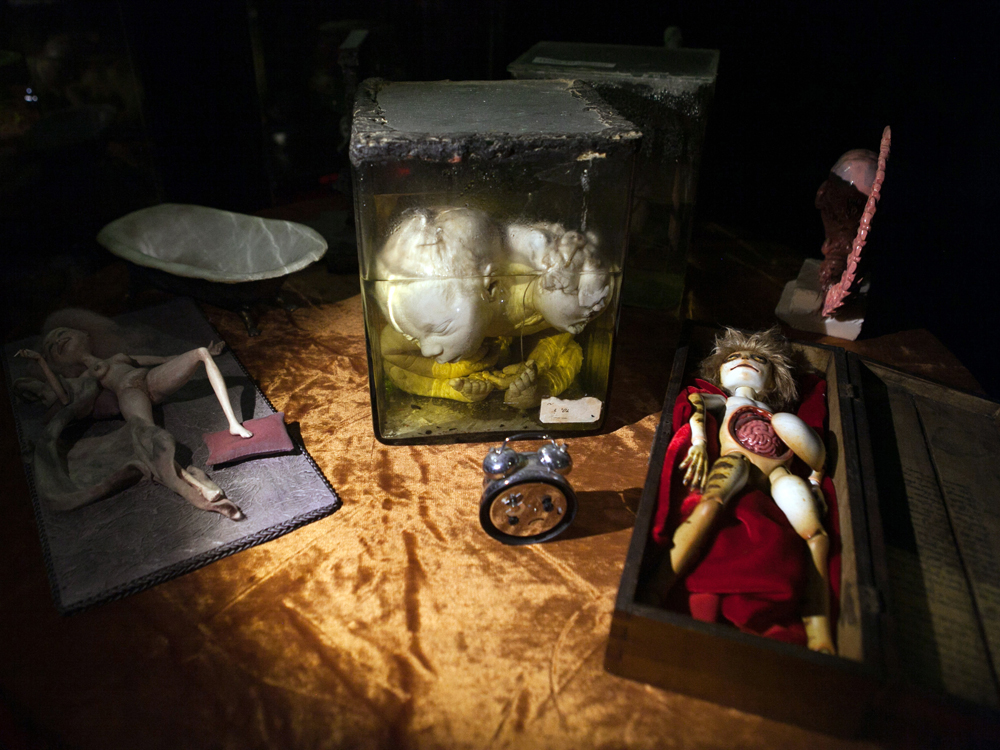 Photo credit: ITAR-TASS
For thirty years the pathologist Yuri Schukin collected macabre exhibits: 700 containers filled with human limbs, organs and embryos preserved in alcohol. The museum is similar to the Kunstkamera or a horror movie: A child with a beautiful face and a two-layer brain, a young boy with five eyes, a youngster with ears instead of eyes. The specific collection soon causes disgust. But after this, you’ll likely not want to drink, smoke or commit adultery. 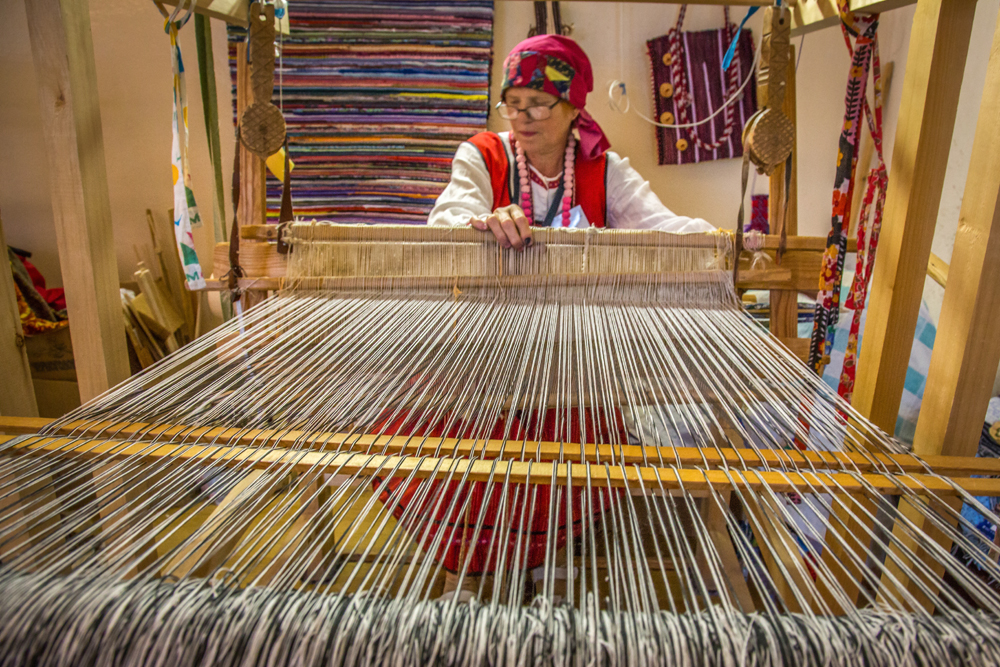 Photo credit: ITAR-TASS
The old lady (or babushka) Lida from the Stroevskoe village gathered a collection of traditional household objects, tools and peasant clothes in  her house. She leads tours and organizes master classes: L earn to grind grain into cereal on small millstone or cook dried porridge. Guests can wear traditional village folk outfits, sing folk-rhyme songs (or chastushka) together to the balalaika and drink tea from a samovar with homemade cakes.

5. Museum of Reptiles in the Tver Region 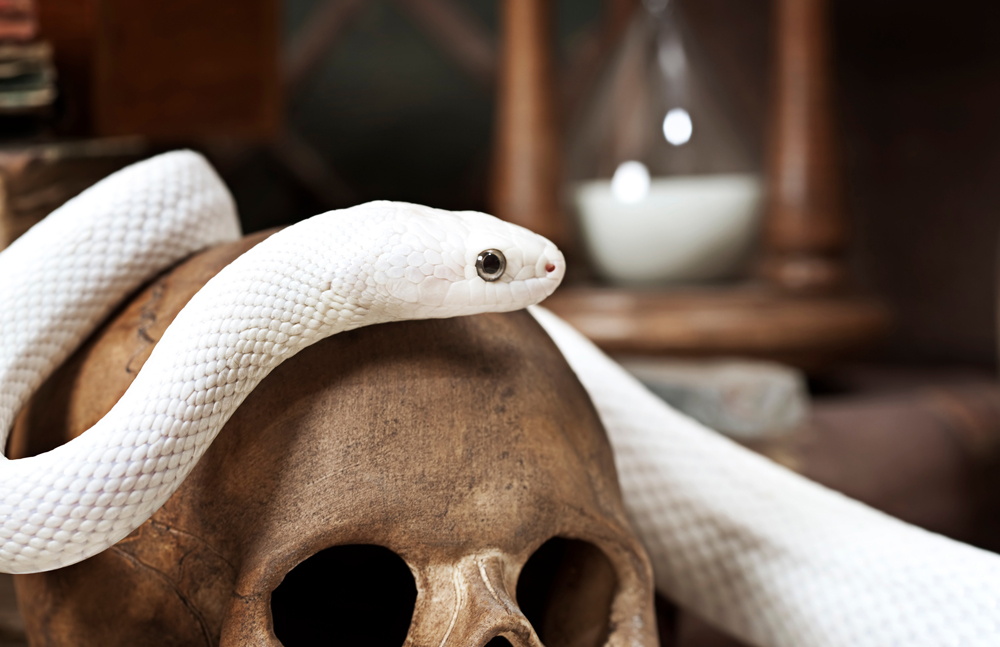 Photo credit: Lori/Legion Media
Today the village that houses the museum has received the euphonic name Privolzhsky. But in old times the location was called Gadovo (‘gad’ means a snake in Old Russian language): Large populations of snakes used to live there. Legend has it that in the past before this, the Zmeevo Sea ('The sea of snakes') was located here. It is also famous for being the birthplace of the legendary three-headed dragon Zmey Gorynych of Russian folklore. Different kinds of snakes are preserved in the museum — iron, stone, fabric and wooden. Particularly impressive is the defeating type of “green snake” — alcohol. It is a curious coincidence: A distillery once operated in the village of Gadovo. 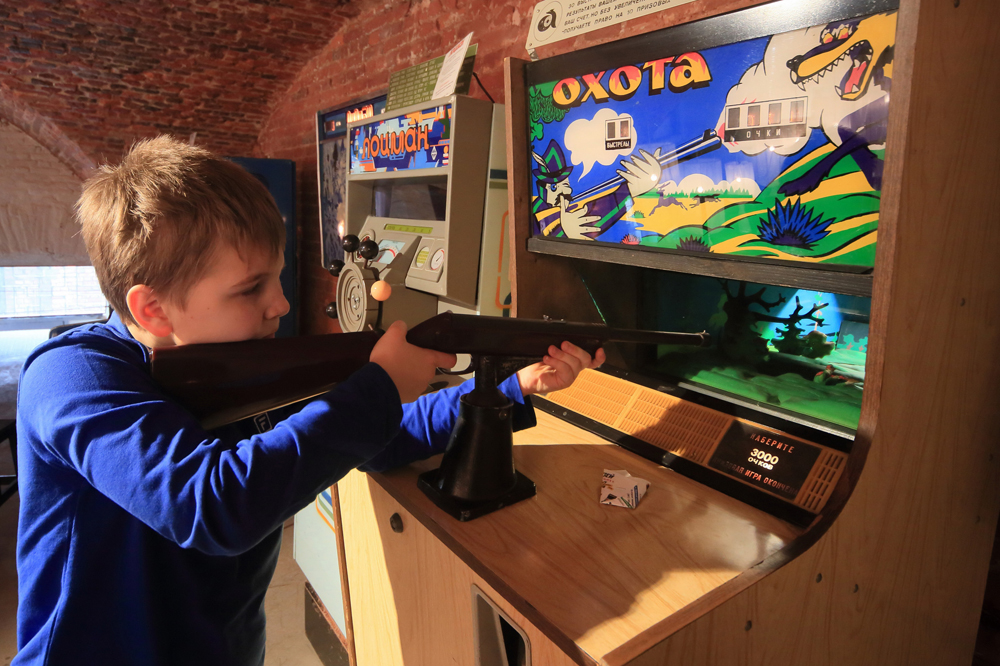 Photo credit: ITAR-TASS
The museum is similar to a time machine: it allows you to feel as if you are a pioneer in a red tie. Here you can try more than 60 game machines made in the USSR — the most well loved electronic toys of the seventies. It is possible to play almost all of them. The most famous and popular game machines are “Highway,” “Auto-rally,” “Battleship” and “Gorodki.”

7. Museum of funeral culture in Novosibirsk 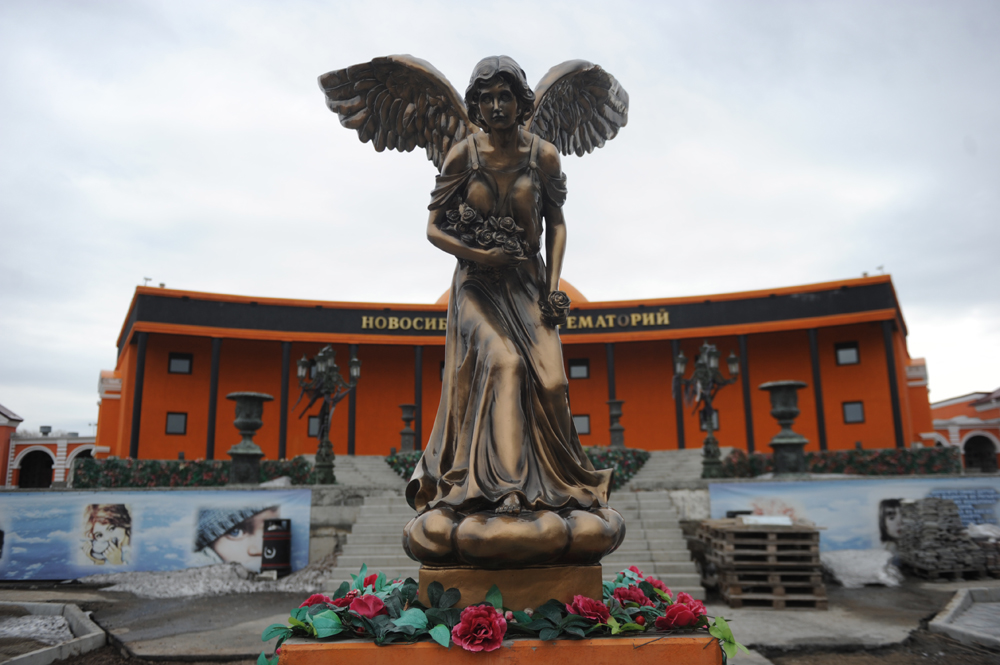 Photo credit: ITAR-TASS/Evgeny Kurskov
Among the exhibits dedicated to the world funeral culture museum are hearses, memorial jewelry from the hair of the deceased, pictures of a particular photo-genre known as «post mortem», a collection of designer mourning clothes from the Victorian era, deathmasks, statues and monuments. There is also an impressive collection of coffins. One of them, resembling a fish, was manufactured on a special visit to Novosibirsk by a designer coffin-maker from Africa, Eric Adjetey Anang, who specializes in the production of unusual coffins. To find out who opened this museum and why, read our guide to Novosibirsk.

8. The Museum of Tula Samovars in Tula 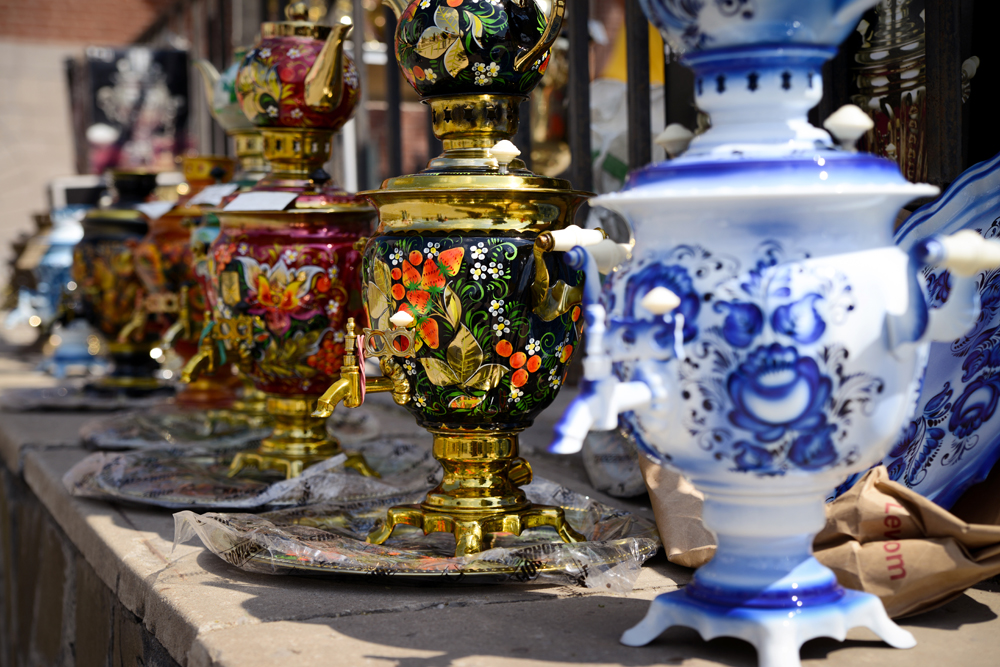 Photo credit: Lori/Legion Media
A samovar is the symbol of Russian cultural originality. Instead of this beautiful paunchy machine, a kettle is used today. The best samovars have always been made in Tula. Russian writer Anton Chekhov said that traveling to Paris with one’s wife is as useless as traveling to Tula with your own samovar. The museum of Tula samovars is located in the historic building named after Tsar Alexander II and this is the cultural landmark of the city. The museum has a huge number of Samovars: From a gigantic 70 litres samovar, to a small samovar that holds only three droplets of water.

9. Museum of Myths and Superstitions of Russian Folk in Uglich 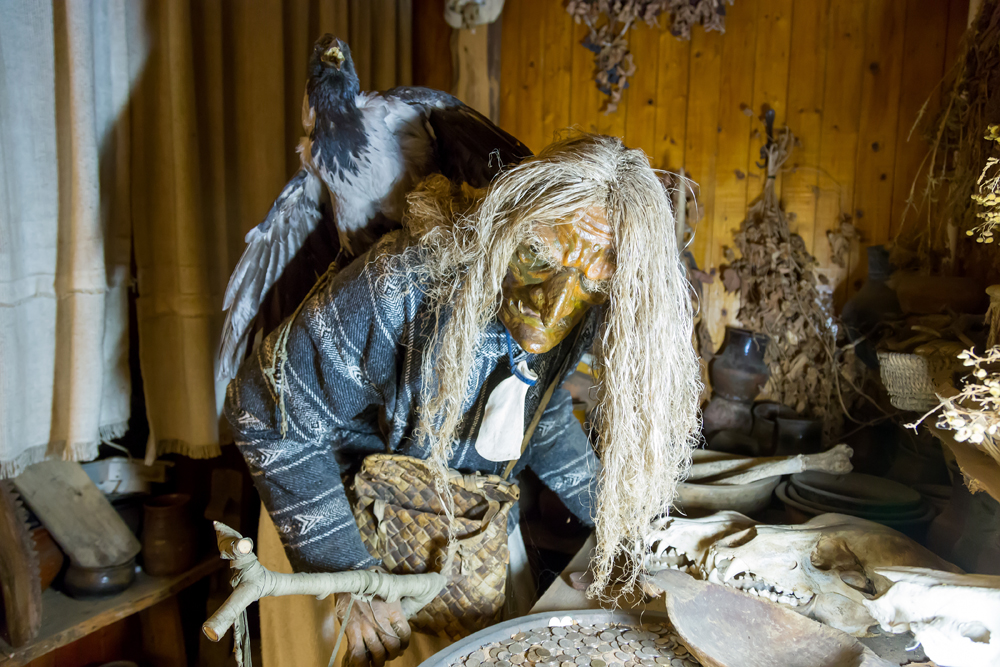 Photo credit: Lori/Legion Media
In this museum it is possible to take a tour of Russian folk rituals and celebrations, learn interesting facts about ancient gods, beliefs, shamans, magicians and to get acquainted with the Slavic esoteric practices. Visitors can also listen to transcripts of fairy tales and legends, discover a lot about safeguarding, talismans, omens and methods of healing, and also get acquainted with many popular and rare methods of fortune telling. Wax figures and stuffed “evil spirits” are recreated according to legends, books, manuscripts and traditions brought back from ethnographic expeditions.