Chekhov with subtitles: Choosing a theater in St. Petersburg and Moscow 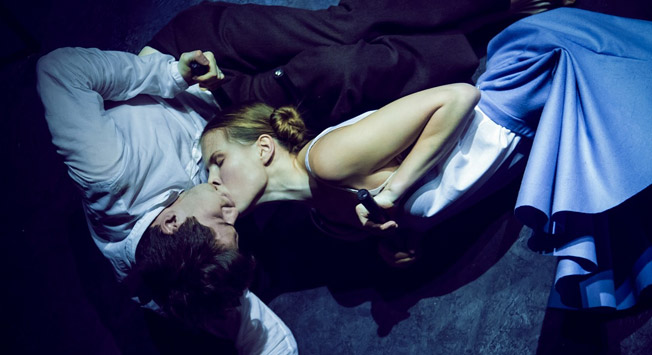 Gogol Center
RBTH has prepared a selection of Russian theaters whose performances feature subtitles for international spectators. For foreign visitors listening to Chekhovian dialogues in the original, appreciating the details of Tolstoy’s novels or letting oneself be swallowed by Gogol’s satire was impossible until recently because of the linguistic barrier. Subtitles have removed this obstacle.

The first theater to provide subtitles for wider audiences was Moscow’s Masterskaya Petra Fomenko (Petr Fomenko’s Workshop) in 2013. “The ‘Masterskaya’ often goes on tour abroad, so we have accumulated a certain amount of subtitles for our shows,” explains Maria Kozyar, the theater’s press-attaché. ”Hence we had the idea of giving foreign spectators the possibility of enjoying performances in our own theater, too.”

For similar reasons St. Petersburg’s Maly Drama Theater and Moscow’s Gogol Center have also begun to provide subtitles for their performances. The Gogol Center’s press service has recently observed an increase in English-speaking spectators to the theater. The Maly Drama Theater’s press service added that, “the idea came out of necessity and the interest of foreign spectators. The interest is rather constant.”

“Subtitling is a quite laborious process, related to financial and time questions,” says Darya Alenina, Gogol Center’s press-attaché. As a rule, theaters use their own specially commissioned translations for subtitles. In Kozyar’s words, the text for the subtitles is prepared separately and is based on the performance’s version, not on the original text of the play. 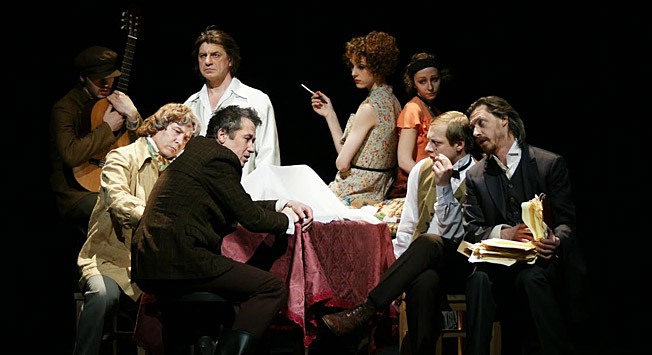 Source: Masterskaya Petra Fomenko
Technical solution: The subtitles appear on a special tablet. The brightness of the tablet’s backlight can be regulated and it is possible to change languages during the performance.

Why to go: The Masterskaya is an art theater founded by Petr Fomenko in 1998. The theater’s repertoire is largely based on classical literature, yet the actors offer a contemporary approach to the re-reading of classics, which makes this theater’s style truly unique.

Advice to travelers: A tablet with the subtitles is provided free of charge, but you must place an order in advance by e-mail (fomenko@theater.ru) or by phone. Visitors must leave a piece of identification as a deposit to take a tablet. 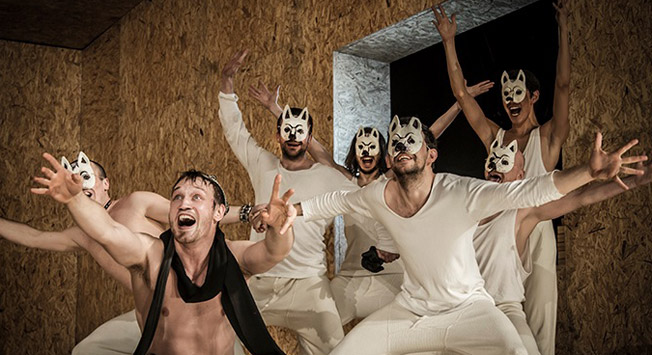 Source: Gogol Center
Technical solution: Subtitles are transmitted through a projector or shown on plasma screens. There are hall transformers, so for each show there is a different seat layout and a different location for the stage.

Why to go: Gogol Center is the newest and most ambitious and modern Russian theater. It opened its doors in 2012 and is not just a theater, but rather an art complex with lectures, film screenings, a bookshop and a café. The theater’s Artistic Director is Kirill Serebryannikov, one of Moscow’s most in-demand theatrical figures.

Advice to travelers: Mitya’s Love is sometimes staged without subtitles, therefore it is best to check the schedule in advance or inquire at the theater’s ticket office. 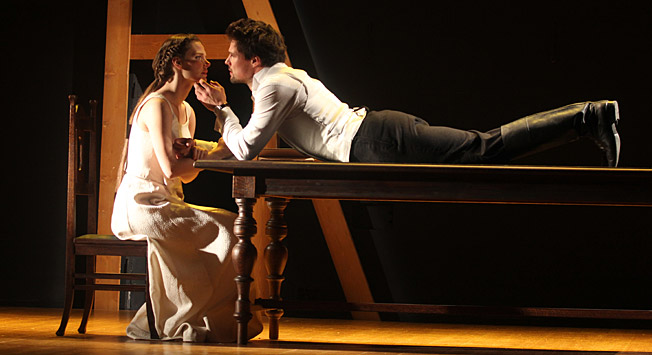 Why to go: In 1998 the Union of European Theaters awarded the Maly the status of “Theater of Europe.” The theater’s Artistic Director is Lev Dodin, one of St. Petersburg’s most-renowned purveyors of the stage. His productions are well known outside of Russia. The Maly specializes in the best of Russian theatrical classics.