Russia's famous resorts then and now 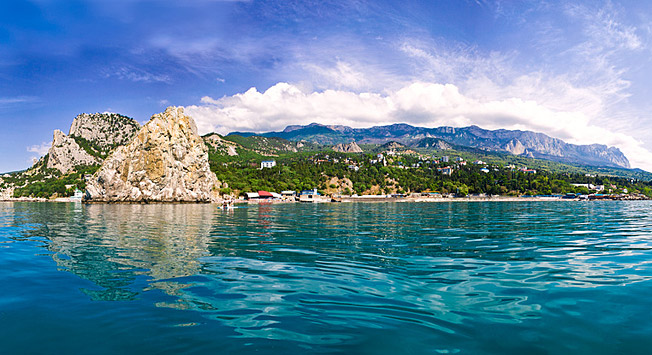 Lori/Legion-Media
Anapa, Gelendzhik, the resorts of the Northern Caucasus, the mysterious Belokurikha in the Altai mountains and the former elite sanatorium Paratunka in Kamtchatka have evolved from “workshops for repairing Soviet citizens' health” into modern resorts resembling a European refined style. Today these famous tourist destinations are experiencing a rebirth and a new wave of interest on the part of travelers from throughout Russia. 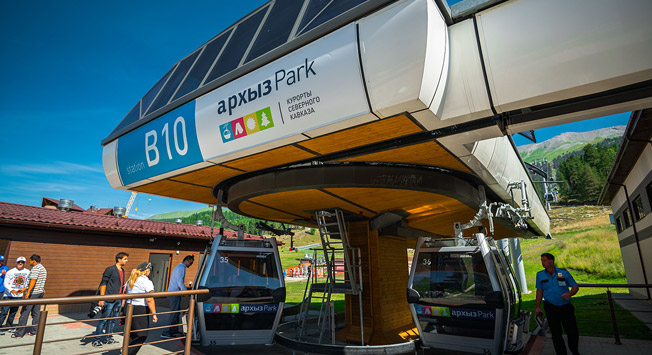 Photo courtesy: Timur Agirov
Soviet youth loved spending their vacations outdoors. This kind of recreation didn't demand much in the way of financial expenses: Hiking in the mountains, sleeping in tents, playing guitar and singing by the campfire – so romantic and so cheap. This trend reached its heights in the 1960s.

The first tourist camps emerged in Arkhyz during the Soviet period. Hundreds of tourists used to come here to hike along the trail that goes over the mountain pass Naur to the Black Sea. It careens through pine and fur forests, waterfall cascades, mountain gorges, rivers and dolmens. Local cuisine was another attraction for holidaymakers. 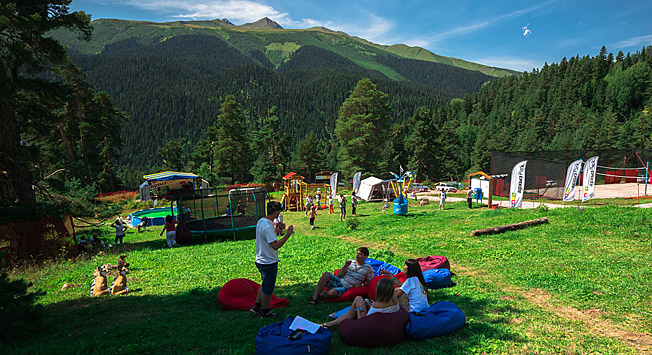 Photo courtesy:  Timur Agirov
It is likely that Arkhyz would have remained a place for low-budget holiday lovers and wild nature fans if not for the earth-shattering development ushered in when construction began on four new tourist villages in the Arkhyz Gorge in 2013. The first settlement is located near the camping site “Romantik” at a height of 1650 meters above sea level; logically enough it was named Arkhyz-1650. The sum of six million rubles was allocated for the construction of this all-season resort. At present it includes two functioning hotels, a restaurant and several cable cars. More than 50,000 people visited the resort in 2014. Camping area Arkhyz Park, situated even higher at 1750 meters, is also popular among visitors. 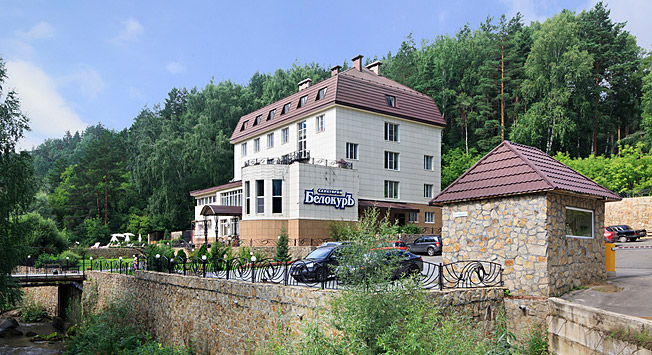 Photo credit: Lori/Legion-Media
The old resort town of Belokurikha is surrounded by the Altai Mountains and thermal springs. A Siberian balneology resort with federal support, it has been a favorite among tourists since the 1960s. In the past people used to come here for mineral water, the pleasant climate and the healthy mountain air. Today guests of Belokurikha can also enjoy spa treatments, ski slopes and fine French dining.

Once upon a time it was an Academy of Science research center with health clinics and hydrotherapeutic establishments. However, over time Belokurikha has grown into a resort city that includes sanatoriums of varying price ranges and medicinal specializations that offer the best option in terms of treatment, health rejuvenation and recreation in the Altai region. About one million guests come here annually to enjoy the breathtaking nature and health spas, giving Belokurikha the nickname, “Siberian Davos.” 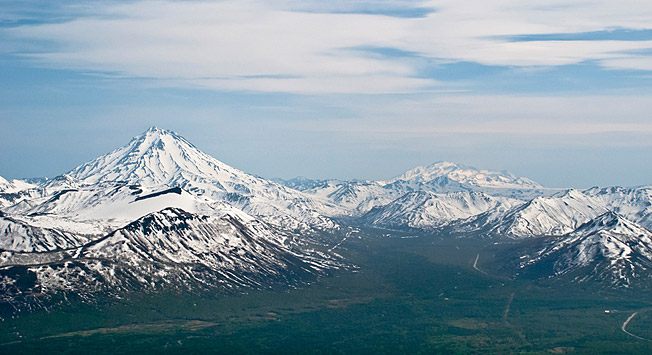 Photo credit: Lori/Legion-Media
Paratunka is warmed up by the insides of the planet: the 90-degree Celsius hot springs spurt up here from under the ground. Even in winter when all of Kamchatka is covered with a thick layer of snow (and there is a lot of snow here – snowbanks in winter are often 3-4 meters high on both sides of the road) one can bathe in an open-air hot spring. One of Kamchatka's signature highlights is to take a shower by jumping into a snow pile near the hot spring basin and then dousing yourself back in the hot water again. Today Paratunka includes the entire resort area with the village, the river, the hot springs and multiple recreation camps. All in all there are currently about 30 campgrounds, sanatoriums and hotels in operation in Paratunka. To get here take a bus or a taxi from the airport Yelizovo (Petropavlovsk-Kamchatsky) or if that’s too slow for you – go by helicopter.

The resorts of Krasnodar Territory: Anapa and Gelendzhik 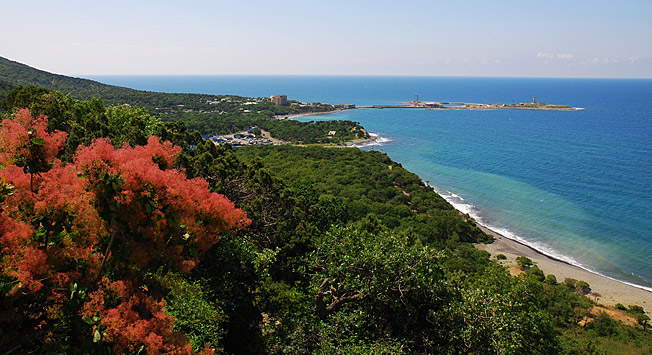 Photo credit: Lori/Legion-Media
According to Soviet movies the beaches of Gelendzhik and Anapa were always crowded - there was barely any room to move between the thousands of sunbathing and swimming bodies. During the Soviet period more than 300 sanatoriums offered treatment services year round.

Since the Soviet era ended the tourist sector in Krasnodar has changed significantly. Due to the high costs of package holidays offered by local sanatoriums and the low-income levels of the population in the first years after the collapse of the USSR, Krasnodar Territory experienced a boom of so called “wild” beach tourism in the 1990s. This trend continued for quite a while according to sociologist and political scientist Leonid Davydov, who writes about this in his blog. And the state was in no hurry to invest in the infrastructure of sanatoriums and resorts. 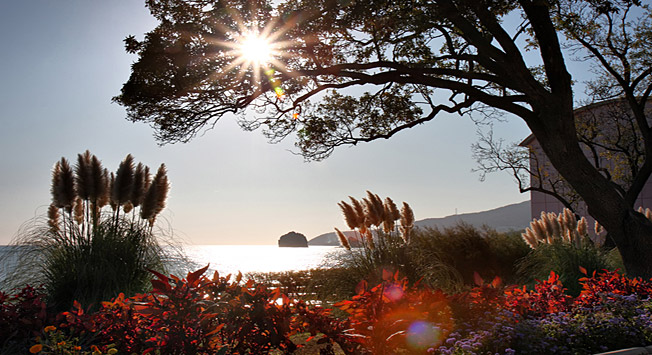 Photo credit: Lori/Legion-Media
Only the economic growth of the 2000s gave the region the investments necessary to improve the situation. The most powerful impetus for opening up the hospitality potential of the region was the 2014 Olympic Games in Sochi. Massive infrastructure projects were built from scratch as part of the preparations for the Olympics including the construction of new sports facilities, hotels and restaurants. 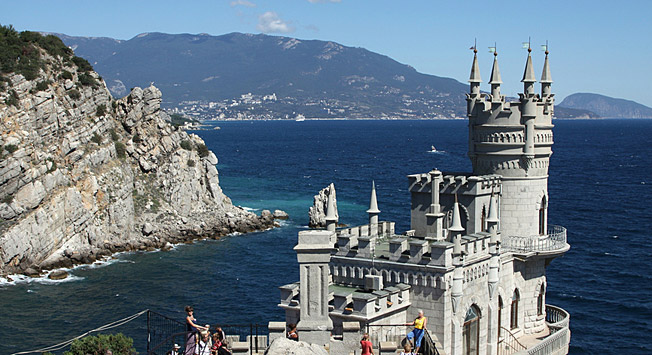 Photo credit: Lori/Legion-Media
RBTH editors note: More than a year has passed since a referendum was held on Crimea, which led to a treaty being signed between the peninsula and Russia. This has been the source of enormous controversy between Russia, Ukraine and the West and many foreign embassies warn against travel here. As a result of economic sanctions that were passed in response to this event, traveling is not easy in Crimea: practically no international airlines land here and visitors must bring fistfuls of cash with them. Bankcards and credit cards are not accepted anywhere, although it is possible to change foreign currency in banks.

In the Soviet times Crimea was everybody's dream, it was loved by all – from average citizens to the country's top leaders. The mass centers of attraction were Yalta (for the Soviet people this word was a synonym for a luxurious holiday), and Gurzuf – a party town for gilded youth. Gurzuf is also known for being a hide away for the first Soviet hippies who hitchhiked, wore torn jeans, went skinny dipping in the sea and demonstrated their freedom from the mores of the day, which generally drove the rest of the holiday goers mad. 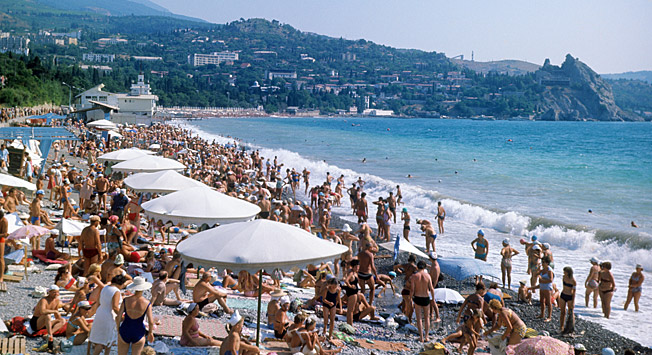 Photo credit: TASS/Trepetov Boris
Ukrainian financial support for its tourist industry was significantly reduced beginning in the 1990s and the level of services did not improve and its therapeutic and the equipment of its health spas became dated. All these factors combined scared away tourists in large numbers writes Davydov in his blog. He mentions that Crimean hotels were not renovated or reconstructed due to a constant lack of money.

Today, a little more than a year after the referendum was signed ceding control of the peninsula to Russia, representatives of the region's tourism industry hope that the infrastructure will receive much-needed improvements. Indeed Russia plans to make solid investments in the renovation and further development of the local tourism industry. In the meantime people continue to come here mainly by force of habit, but also because of the clean waters of the sea and the crisp mountain air. Besides, a vacation in Crimea is far cheaper than going to nearby Sochi.