The city beneath the city: Excursions through Moscow’s underground world 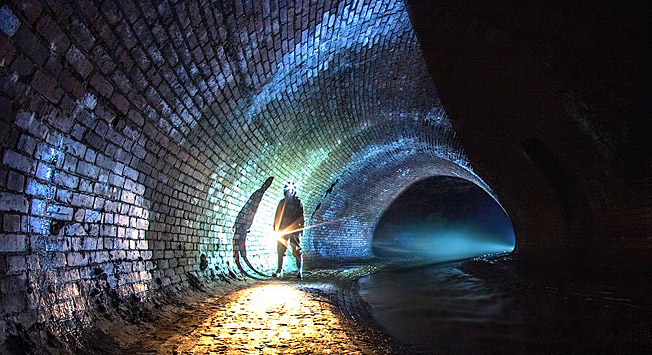 Mosextreme.ru
However, there are a few places around the city that offer a glimpse of this mysterious world. 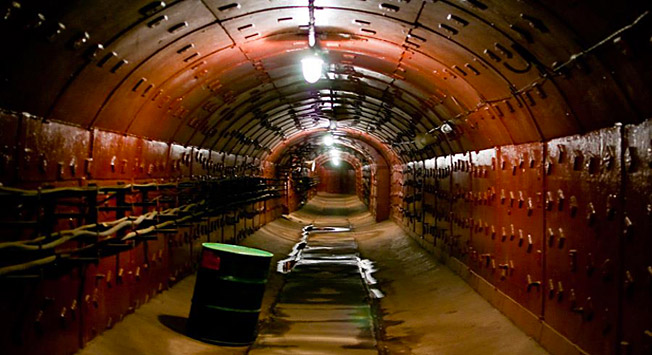 Source: Bunker No.42 press photo
This underground bunker next to Taganskaya metro station was built in the 1950s at the height of the Cold War. Its entrance is camouflaged by an ordinary 19th-century house with its walls hiding a six-meter thick cement cap. The bunker itself is located at a depth of 65 meters (or the equivalent of 17 floors below ground) at the same level as the circle metro line.

This underground complex occupies more than 7,000 square meters and is divided into four blocks of tunnels. The reserve headquarters of the General Staff of the Air Force were located here, so that work could go on even if Moscow was under nuclear attack. The temperature inside the bunker is 16° Celsius.

In 2006 the Museum of the Cold War opened in the bunker. It is an interactive museum: Visitors can try on Soviet-era military uniforms, handle the weapons, explore formerly secret tunnels wearing helmets and protection suits, try out the responsibilities of a radiotelegraphist and even “launch” nuclear warheads by pressing the infamous red button. 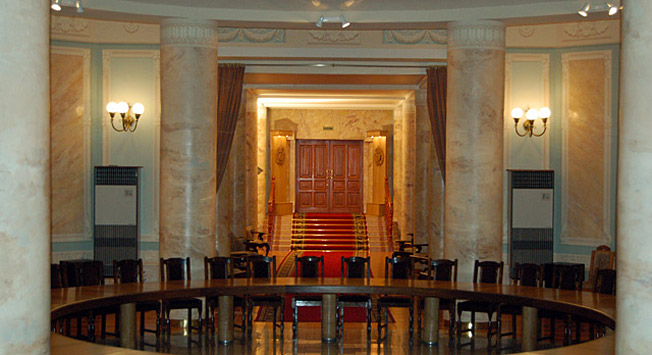 Source: elpida.ru
Stalin’s Bunker is located near the Izmailovskaya metro station. Its construction dates back to the 1930s and was planned as the reserve headquarters of the Supreme Commander of the Soviet Union. It was connected to the Kremlin by a 17-kilometer underground tunnel.

Stalin worked here in late November and early December 1941 at the beginning of World War II. It was in this bunker that the decision was made not to abandon Moscow and to defend it at all costs.

In 1996 the bunker was turned into a museum and opened to visitors. The bunker itself is relatively small with only the most essential spaces: a conference room, an office, a room for rest, the generals’ office, supply rooms and a refectory. 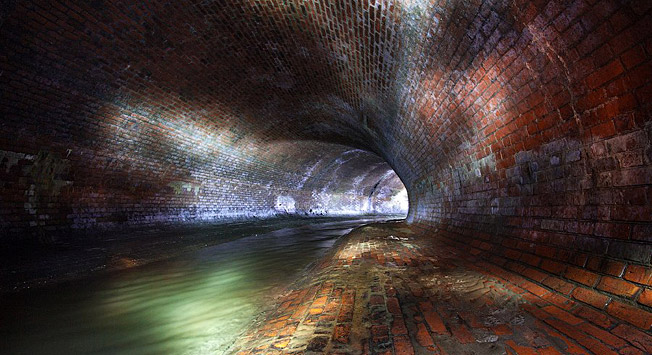 Source: mosextreme.ru
The Neglinnaya River is a left tributary of the Moscow River that proceeds for 7.5 kilometers. It is as ancient as the capital itself with the first references to this river in old chronicles coinciding with the first mentions of Moscow.

The river’s origin is in the area near Marina Roshcha. From there it passes under the city center and Aleksandrovsky Garden before flowing into the Moscow River through a big stone opening in the embankment that can be seen from the Bolshoy Kamenny Bridge. The Neglinnaya River flows through a pipe for most of its length. A private company organizes an excursion along one part of the stone tunnel. However, even a planned excursion can be abruptly cancelled because of rain as the water in the river frequently floods.

The Neglinnaya River is considered one of the most mystical places in Moscow: frequent visitors often see ghosts in the tunnel. To enter the stone tunnel you have to go through a sewer located in the area of the Stretensky Boulevard metro station. 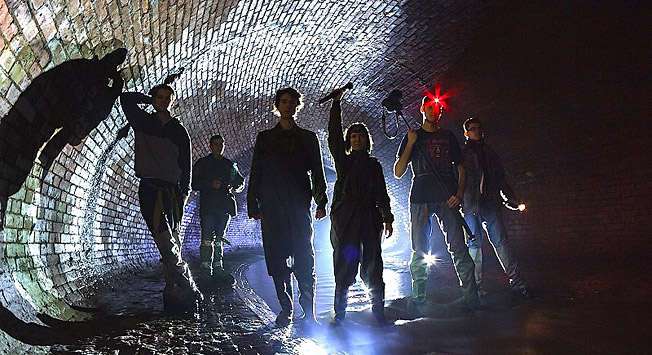 Source: mosextreme.ru
These stone mines provided the limestone needed to build the fortresses and churches of the white-stone buildings of Moscow. They began to be exploited in the 17th century. During the Soviet period stone was excavated here to reinforce airplane runways and during World War II a military hospital and later on a seismic station were located here.

In 1974 the entrance to the Syani mines was filled in. By that time its system of underground tunnels exceeded 90 kilometers. On June 3, 1988 underground enthusiasts unsealed one of the entrances and in 2007 it was substantially restored by local inhabitants and regular visitors to the mines.

Regular visitors call themselves “sistemshchiki,” which is slang related to the Soviet hippie movement. A particular subculture has developed around these caves with its traditions, rules, myths and rituals.

The height of the tunnels of the Syani mines network ranges between 0.4 and 3.5 meters and their depth reaches up to 30 meters. The temperature inside the caves is usually in the range of 7-10° Celsius. To reach the entrance to the caves, take bus number 439 from Domodedovskaya metro station and get off at the stop “Pochta.” The journey takes about 35 minutes.