Travel
special to RBTH
Anna Gruzdeva, «Siberia and the dot»

Anton Petrov for RBTH
A trip to the Kodar Mountains will have an effect on you, whether you are an experienced or inexperienced traveler, an ethnographer or a historian, a Russian or a foreigner.

The road along the BAM 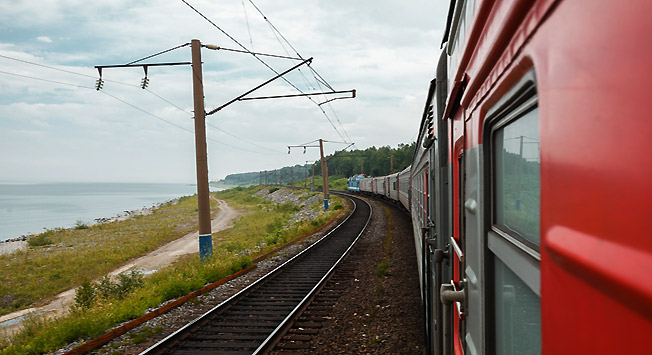 Traveling along the Baikal-Amur Mainline (BAM), the biggest individual railway line in the world, is a truly unique journey. Although plans were considered as early as the 1880s, its construction began in Eastern Siberia only about 40 years ago. Along the route you will find the seven kilometer long Baikal Tunnel and the town of Severobaikalsk (5,646 kilometers from Moscow), where you can admire Lake Baikal and taste the famed omul fish. The train stops here for an hour, but if you’re in no rush it’s a great place to spend a few days.

On September 29, 1984 in the Kuanda-Chara segment of the railway the BAM’s “golden junction” met: the two teams working respectively westwards and eastwards converged two days ahead of schedule. The BAM was so politically significant, that two railway tracts of the line were removed and put in place again a few days later for the eyes of high-ranking Soviet officials, who came to commemorate its completion.

A Gulag on the rocks 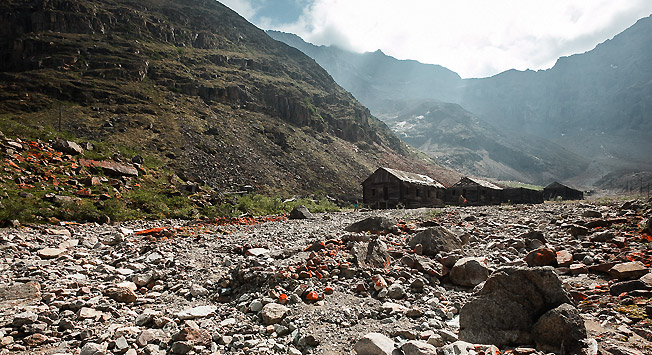 On Soviet maps Marble Gorge in the Kodar Mountains was humbly marked as an “abandoned geologist settlement,” but between 1949-1951 the gorge was the host of one of Stalin’s Gulag camps. Due to its remoteness, the ruins of the former camp, which today represent a rare glimpse into the world of the Gulag, have been preserved here.

In August 1945, after the U.S. had bombed the Japanese cities of Hiroshima and Nagasaki, the USSR actively searched for new deposits of uranium in order to build an atomic bomb. The search was led by Lavrenty Beria, the former chief of secret police and the Deputy Premier in the postwar years. One such deposit was found in 1948 northeast of Lake Baikal in the Kodar Mountains.

In January 1949 the Borsky Corrective Work Camp was established as a Gulag settlement for the mining of lead. But “lead” was the code word for uranium in official Soviet documents at the time. In a short time prisoners built winter roads, helicopter landing pads, bridges and shacks in the middle of the taiga forest.

One of the main settlements in the camp was called “Mramorny klyuch” (Marble Key). In this small stone cell with walls reaching 2,000 meters high you can still find shacks, small buildings, a watchtower, hanging electric cables and even household furnishings: rusted saws, dishes, decanters and other everyday objects from the camp. A bit higher, on a steep rock rampart of the gorge is the OLP-1 Mountain where uranium was mined. Here you can see shafts, small tubs and tools. 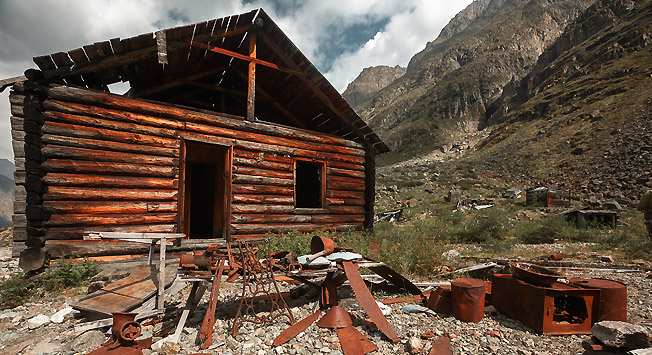 In 1951 it became clear that there was not enough uranium for building an atomic bomb in the Kodar range. The deposit turned out to be merely a small natural accumulation of the element. When the mining in the Kodar range ceased the prisoners were sent to other camps. On the whole 3,735 people passed through the seven local camps.

The Marble Gorge area is not equipped for tourism (the northern part of the Trans-Baikal Region is almost entirely undeveloped), nor is it a memorial complex. This museum has been preserved by nature itself and the gorge is covered with snow nine months a year. However, for the intrepid traveler that dares to visit, the Gulag and the atomic arms race will come to life.

The journey starts in the Trans-Baikal Region from the settlement of Novaya Chara, which can be reached by plane (from Chita) or train. The easiest way to get to the ruins of the BorLag (the abbreviation for Borsky work camp) is to contact the Kalar tourist center, which brings commercial tourist groups to the Kodar Mountains with a stop at Marble Gorge. For more information mail to sdauria@yandex.ru

Of course, travel in this part of the world is not for everyone. Even the tour above is physically strenuous and involves sleeping in tents, carrying a backpack of up to 20 kilograms, challenging hikes, wading across rivers and cooking food over an open fire. If you decide to go to Kodar independently, being prepared and having survival experience in the wilderness are a must. Study online reports of Russian travelers and geographical maps carefully and select equipment with care. Before any independent trip, you must register your group with the rescue squad in Novaya Chara (telephone: 8-30261-23-643) and inform them of the deadline for your return. The best time to visit is in July and August.