Top 10 events worth traveling to Russia for in 2016 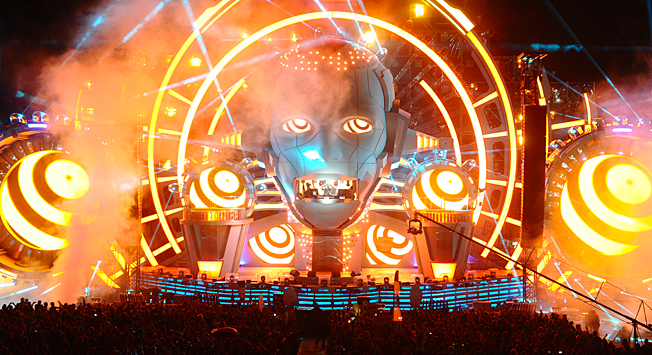 TASS/Alexander Ryumin
Jazz in old Russian estates, New Years Eve in mid-summer, surrealistic landscape art in a remote Russian village, rock music on the Pacific shores, dances of Siberian shamans, burning scarecrows during ancient Slavic holidays and other things to do on a trip to Russia.

1. Festival of fountains in Peterhof

The 147 fountains here – that add to the spectacularity of the already tremendous palace and park complex – are effectively turned on and off every year in spring. Accompanied by classical music by Russian composers, ball dances, cannon shots and fireworks, this splendid festival will raise your endorphin levels to the maximum. You should book tickets in advance on the complex’s official website.

2. Christmas and New Years in Moscow

Filled with the sounds and the sparkle of military orchestras from all over the world during the Spasskaya Tower festival or transformed under the illumination of the Circle of Light festival, Moscow definitely looks most spectacular during the holiday season. Light installations, tunnels and fountains, kilometers of holiday garlands, ice skating rinks with glowing ice, gigantic Christmas tree decorations and art Christmas trees appear in the Russian capital at the beginning of December.

This old Eastern Slavic festival is a farewell party to winter and a warm welcome to spring. This is the most popular celebration after the New Years and Christmas holidays. Maslenitsa involves the burning of a gigantic straw scarecrow, riding in horse-drawn sleighs and a festive carnival.

But most important are the tons of pancakes with every imaginable filling that you can imagine: From traditional red caviar to cowberry with mint sauce. Maslenitsa is a weeklong celebration that takes place all over Russia. This is why there are many options for travellers – from recreated battles for a little snow town in Siberia to goose fights in the cities of the Golden Ring.

4. Day of the Reindeer Herder celebration in the Far North

On this most colorful and popular holiday of the Russian North, participants entertain themselves with reindeer races, traditional songs and dances, jumping over a “narty” (a reindeer-drawn sledge) and traditional battle recreations. This is also a place for acquiring unusual souvenirs and trying local foods. Those interested can learn how to survive in the tundra and learn how to build your own chum (a traditional hut made of reindeer skins).

When: Beginning of March to the middle of April.

It starts with the ritual of besprinkling fire and soil with kumis (sour mare's milk) performed by the main shaman. The celebration closes with a traditional dance called “osukhai” that resembles a round dance and with a joint greeting of the rising sun.


6. Dogsled racing “On the Land of Sampo”

Every winter in the snow-covered forests of the Karelian Republic (860 kilometers from Moscow) Northern working breed dogs including Siberian huskies, Alaskan malamutes and Alaskan huskies, engage in a competition. The three-day race attracts about 35,000 people. According to Karelian and Finnish epic poems, “Sampo” is a magical object in the form of a mill that is a source of happiness, wellbeing and abundance, which can produce an unlimited amount of flour, salt and gold.

Archstoyanie has taken place in the Kaluga Region (210 kilometers from Moscow) for 10 summers in a row. It has outgrown the borders of Nikola-Lenivets art park and has penetrated the life of the nearby village of Zvizzhi, turning a local village store, a bus stop and a community center into original art objects.

Since 2006, 101 art objects have been created in Nikola-Lenivets. One hundred and fifty artists contributed to these art works including Nikolai Polissky (the founder of the festival), Sergei Choban and Francois Roche (France). During the days of the festival of digital culture in the natural environment, every art object is presented through experiments with light, sound and video-mapping, while participants dance under the stars accompanied by electronic music and eccentric performances in the woods.

When: End of July to the beginning of August.

This open-air festival gathers about 40,000 fans of electronic music and takes place on a secret airfield on the banks of the Volga River (420 kilometers from Moscow). Alfa Future People is among the most popular musical events in Europe  over the three days of the 2015 edition, six stages hosted more than 100 DJs and musicians. Altogether 25,000 burgers were consumed on a territory equaling the size of 30 soccer fields. Plus there was free Wi-Fi.

Photo courtesy: V-Rox festival press photo
During the last weekend of summer, rock music and the warm ocean are the best reasons to go to the V-Rox festival, the largest annual gathering in the “free port” of Vladivostok. Approximately 100,000 concertgoers visit the festival over the course of three days. Held day and night in the very center of Vladivostok, visitors rock out to up-and-coming bands on multiple stages from Russia, Japan, China, the U.S., Great Britain and other countries.

When: Last weekend of August.

The combination of jazz music from all over the world in the open air and the atmosphere of a classic Russian estate attract about 40,000 people to this annual Moscow festival. For 10 years Usadba Jazz took place at the Archangelskoye estate, a magnificent park and architectural complex built at the end of the 18th century that used to belong to the noble Golitsyn and the Yusupov families.

At that time, balls at Archangelskoye were attended by members of the high society of tsarist Russia and local music was believed to be quite refined already. The festival at Archangelskoye turned into the biggest Russian jazz event quite quickly and moved to the larger Moscow estate of Tsaritsyno from the time of Catherine the Great. Usadba Jazz has recently expanded to other large Russian cities including St. Petersburg.

These events were selected and recommended based on the the results of the Saint Petersburg International Touristic Forum.