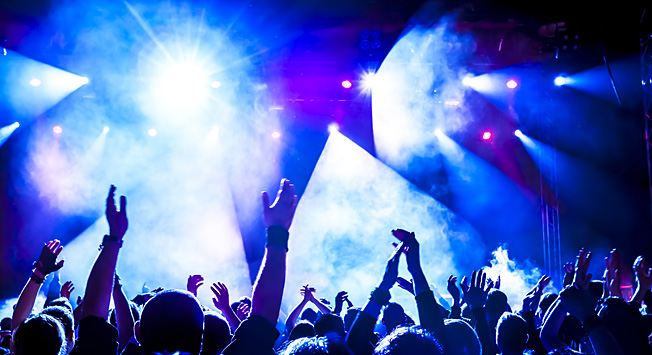 Shutterstock/Legion-Media
Moscow's nightlife is energetic, showy and dynamic: when one great club or bar closes, another immediately opens in its wake. RBTH highlights the hottest spots in Russia’s capital for going out, dancing and imbibing.

1. Krasny Oktyabr
Head to the Krasny Oktyabr (Red October) complex in the middle of Moscow River, dotted with a wide selection of hip bars, some of which offer breath-taking views over the river and Moscow’s most iconic sites – Christ the Savior Cathedral – while DJs spin very low key electronica on select evenings.

One of the most beloved clubs on the island – or indeed in the whole of Moscow - is Gipsy. The A-List’s bar du jour is a guarantee of quality DJs, crowd and atmosphere until the wee hours. The incredible views the terrace offers over the river and the Peter the Great statue make the struggle with face control worth it.

Strelka Bar has been Krasny Oktyabr’s center of gravity since it opened. Its prime location and special ambience attract the hippest folks in town. Concerts and dance parties are held regularly in the evenings. Chateau de Fantomas is a private club consisting of Moscow’s creme de la creme but access is possible after downloading their app online and applying for membership. Bonfire is a new cocktail bar with more underground dance music and molecular gastronomy. It’s also worth taking the time to explore the complex because new gems pop up all the time.

3. Propaganda
A true veteran that’s not going anywhere any time soon, Propaganda has been an urban landmark for almost 20 years. Main events take place every Thursday night, when DJ Sanchez puts on his techno set for the coolest clubbers in town, followed by more techno on Fridays (“Warehouse” sometimes with foreign DJs) and tech house on Saturdays (“Ruvenzori” with local and international DJs). Then there are hip-hop and soul parties on Mondays and Tuesdays respectively, Wednesdays are all about deep house and on Sundays the club hosts the best gay parties in Moscow. During the day, Propaganda operates as a restaurant renowned for its low prices and delicious food.

4. Kamchatka
Kamchatka is a nostalgic pub right in front of the city’s most luxurious department store, TSUM (though there is now a second location but it’s nowhere near as pumping). Meticulously decorated in Soviet style, this bar has Soviet canteen classics and is a kitschy must-see for anyone who’s curious about the good old Communist days. Highly danceable 1980s and 1990s Soviet pop songs are played non-stop and considering the location, the prices are definitely affordable.

5. Suzuran
On the more exclusive side of the spectrum, Suzuran is currently being raved about as one of the best cocktail bars in town. It is a tiny basement bar with a grungy feel to it and can fit a maximum of 70 people therefore calling in advance is highly recommended to avoid disappointment.

6. Mendeleev
Mendeleev is a semi-secret bar accessible through a hidden entrance located on the right side of the counter of Lucky Noodles Chinese fast food - a concept originating from New York’s China Town. Though face control can be strict at times, once inside visitors will be treated to live piano music on weekdays andcool deep techno and deep houseon the weekends. Mendeleev’s mixologists prepare imaginative signature cocktails with all sorts of spirits but the their main strength - literally - is absinthe.

7. Krizis Zhanra/Imagine Cafe
Krizis Zhanra is/was a longtime favorite in the center known for excellent lunch deals and dinner selections before turning into a nightclub best described as “hipster disco” after the clock strikes 22:00. But at the end of August it put its operations on hold to look for a new venue. Imagine Cafe has come to take its place and is not a bad substitute for the original place that changed its format multiple times throughout the day and was absurdly affordable for its location!

8. Duran Bar
Though relatively new, Duran Bar at the reconstructed premises of an old textile factory has become one of the top venues for Moscow’s nightlife. The bar features a large and elegant loft interior with big windows overlooking Moscow’s hustle and bustle and a long bar table. The crowd is an interesting mix of patrons of the more upscale clubs and elements of the more artsy hipster types. During the day it’s also a restaurant.