From the forests of Komi to the Western Caucasus: Russia’s UNESCO treasures 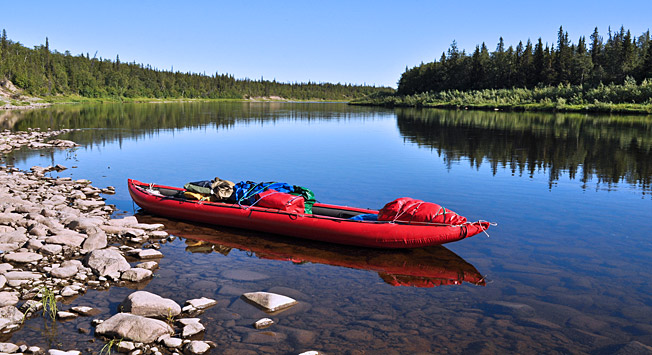 In this series RBTH examines the natural and cultural wonders that make up Russia’s 26 UNESCO heritage sites from east to west. UNESCO is a special agency of the UN that seeks to promote peace and security through international collaboration. Its World Heritage Site program seeks to preserve natural and cultural landmarks that are deemed of global significance. Part three in this series begins on the European side of the Ural Mountains with Komi’s Virgin Forests. 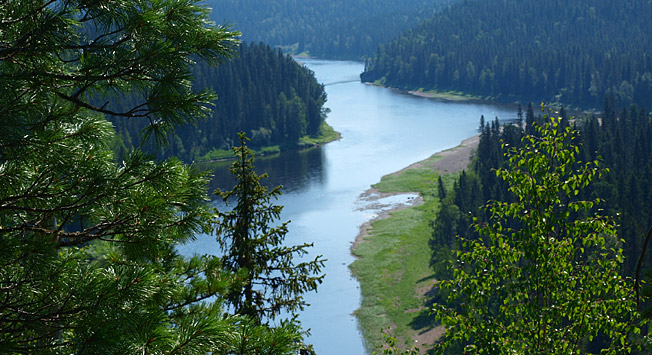 Photo credit: Lori/Legion-Media
Although this old-growth forest is located at Europe’s edge, it is it is far from peripheral at nearly 33,000 km². It is actually Europe’s largest such forest and can be found just west of the Ural Mountains in the Komi Republic. Reindeer, mink, hares and sables wander freely through forests of Siberian fir, larch and spruce trees located amid peat bogs, rivers and natural lakes.

This area is especially important for studying the challenges of biodiversity in taiga forests. The protected area covers two large nature preserves: Pechora-Ilych Nature Reserve and Yugyd Va National Park, the latter being Russia and Europe’s largest such space.

Historic and Architectural Complex of the Kazan Kremlin (2000) 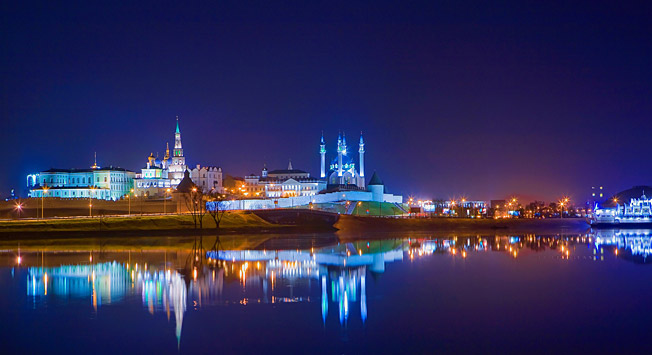 Photo credit: Shutterstock/Legion-Media
Built by Ivan the Terrible to commemorate his victory over the Tatars in 1552, the Kazan Kremlin was constructed on the ruins of his vanquished enemy’s castle. Russia’s easternmost cultural monument on UNESCO’s list, it features numerous 16th century buildings including the Annunciation Cathedral (1554-62), which was built using pale sandstone, rather than brick.

The most prominent structure in the skyline here is the Söyembikä Tower, otherwise known as the Khan’s mosque. Its construction is something of a mystery, with various legends confounding scholars. What is known is that it was named after Kazan’s 16th century queen, who today is a Tatar national hero. The design of the Kazan railway station in Moscow, built in the early 20th century, took its architectural inspiration from this structure.

The Qol-Sharif Mosque was rumored to be Europe’s largest mosque outside of Istanbul when construction was completed in 2005. Recognizable from far away due to its tall minarets topped with a light blue hue, it can accommodate 6,000 worshippers simultaneously. It replaced a mosque that was destroyed long ago in 1552 when Ivan the Terrible’s forces stormed Kazan.

Other notable structures here include the Governor’s House, now the residential palace of Tatarstan’s President; the beautiful white Spasskaya tower, which used to preside over a large monastery before being demolished during Stalin’s reign; and the tombs of the Khans of the Kazan Khanate. 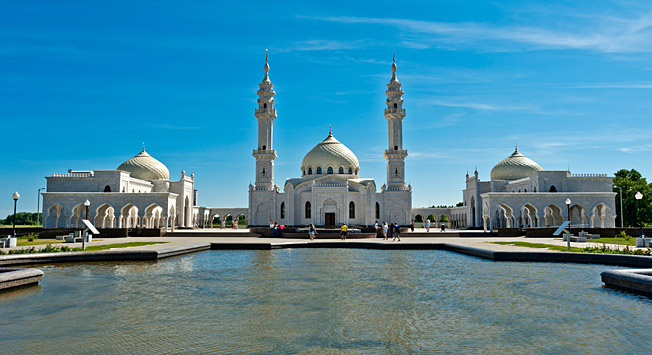 Photo credit: Lori/Legion-Media
Russia’s newest UNESCO member, this site was the capital of the Volga Bulgars, who ruled here from the eighth (some sources say from the seventh) to the 15th centuries. It also became the Golden Horde’s first capital in the 13th century, with the consolidation of Mongolia’s forces in Europe and grew tenfold in subsequent years.

Peter the Great ordered its ruins to be preserved in what is believed to be the first official act of historical preservation in Russia. Its main sites today are comprised of several ancient mausoleums and the Black Chamber, a 14th-century structure that according to legend housed the Khan’s court.

Bolgar is favored locally as a major pilgrim site for Tatars, but was also popular among Muslims throughout the USSR. As Soviet Muslims were unable to travel to Mecca, Bolgar became an alternative destination for making a “Little Hajj.” Included on the list for its contribution to mankind’s understanding of diversity, historical continuity and the formation of civilizations, it is revered today among Tatars as providing a glimpse of what life was like before the Mongols came. 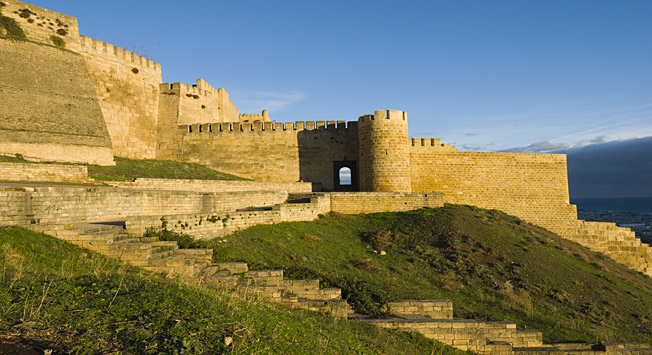 Photo credit: Lori/Legion-Media
Located where the Caucasus Mountains meet the Caspian Sea, Derbent has been an important north-south corridor since the first century B.C. Some claim that the city was founded as far back as the eighth-century B.C. and several surviving structures here are thought to be over 5,000 years old. The city has many names in different languages, but they all mean, “gate,” as the city controlled traffic between Europe and the Middle East for centuries.

As a result of its unique geographic position, Derbent was built between two walls stretching the length of the relatively narrow passage from the sea to the mountains. Many structures here were built during the Sasanian Empire, the last Persian dynasty before the rise of Islam. Having been occupied by Armenians, Mongols and Turks among others, Derbent only became a permanent part of the Russian Empire in 1813. Today the main sites here are the ancient walls, baths, watchtowers, cisterns, mosques and the well-preserved citadel. 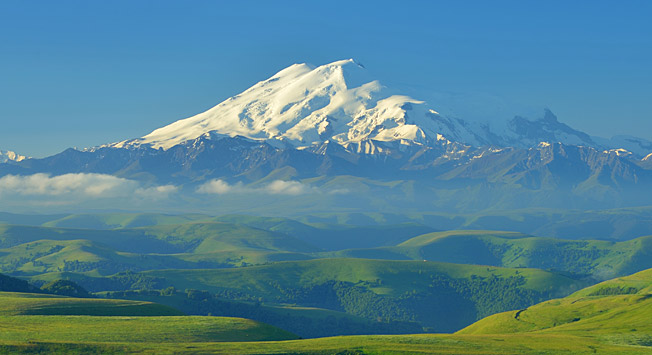 Photo credit: Lori/Legion-Media
This is Russia’s westernmost natural UNESCO site as all others west of here were cited for their cultural significance. Making up the western edge of the Caucasus Mountains from the Black Sea to Europe’s tallest peak Mount Elbrus, this range begins just 50 kilometers from the resort city of Sochi. It was included on UNESCO’s list for being the last remaining European mountain range that had not experienced significant human impact.

Featuring a habitat ranging from lowlands to glaciers, it features Normann Fir trees that reach 85 meters into the sky, thought to be the tallest in Europe. Several species have been reintroduced here in recent years including the Persian leopard and the Caucasian wisent and numerous animals call this area home including the West Caucasian tur (mountain goat), bear, lynx, wild boar, Caucasian deer and chamois.