The life of a kaichi, the keeper of Altai storytelling traditions 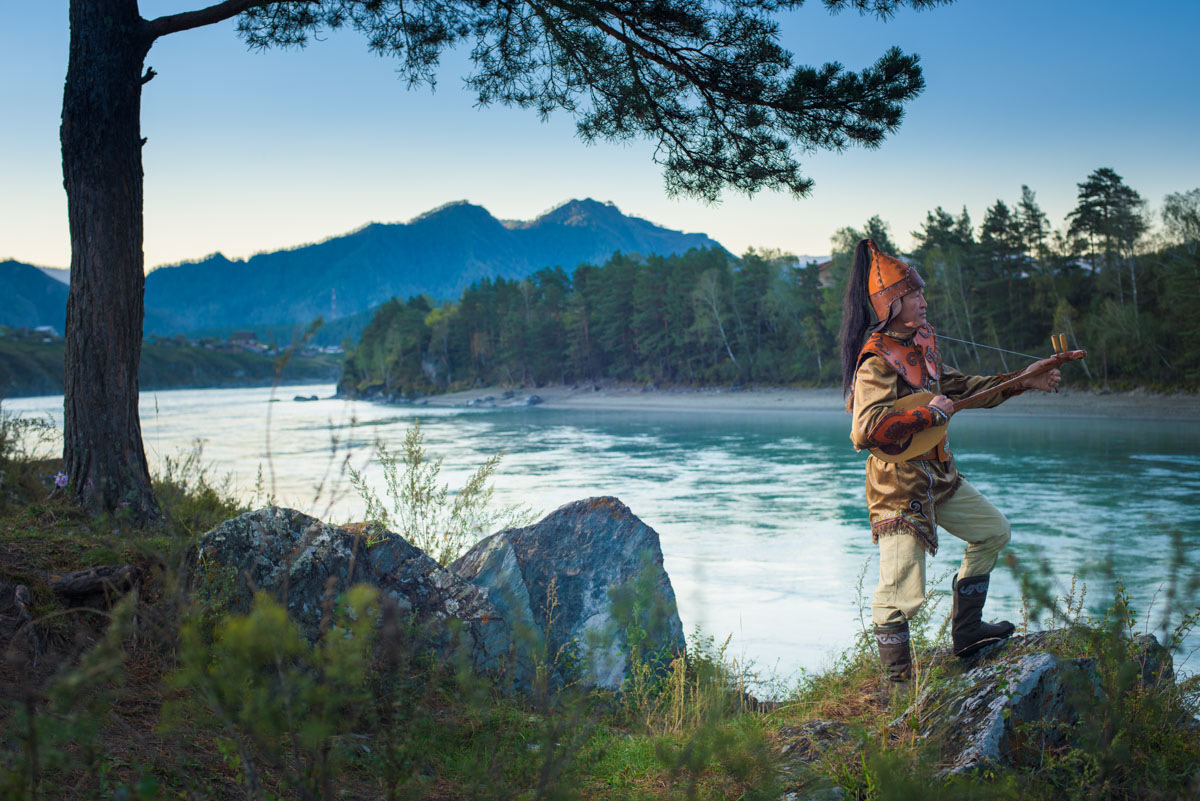 Learn about the life of a kaichi, a legendary group of storytellers in Altai

Anton Agarkov
In the Altai there is a legend. If a storyteller carves out a musical instrument from lightning-struck cedar, then it will have a soul of its own. However, to find such a tree in the thick taiga forest, one needs to have a special relationship with the spirits.

Karysh Kergilov set out on a hunting expedition in the Altai Mountains with his disciple. Wandering around the highlands had proven quite fruitless, so they decided to set camp beneath an old cedar tree. When a kettle came to a boil over the fire, Kergilov lifted his eyes up to see that the tree had been split in half from top to bottom by lightning.

"I wasn't looking for this tree," he says. "It was the cedar that found me."

A path to the song

It appears that Altai's spirits have kept a close eye on Kergilov for his entire life. He was born in a remote Altai village and spent his childhood helping his parents tend livestock. In his free time he read as much as he could.

"Most of all I liked Altai legends,” Kergilov says. “After I read one, I would wander around the mountains, imagining I was the hero of those tales, riding on horseback with a bow and a sword." 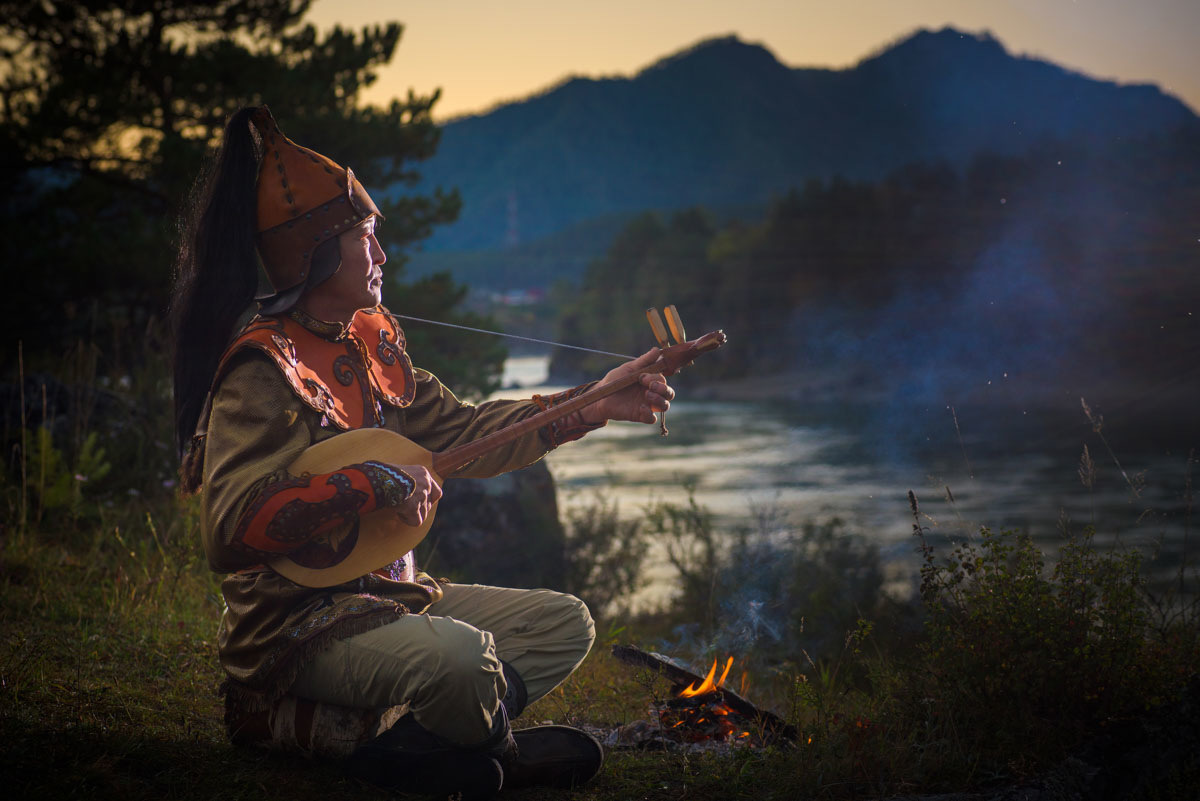 Had it happened a hundred years earlier, Kergilov would have learned about great warriors and their feats not from books, but from a kaichi – a traveling storyteller. In the times when there were no newspapers, no radio, no theaters and no internet, these itinerants would roam around the mountains from one nomadic camp to another, telling highlanders legends called kai.

Every evening shepherds would gather around the fire and listen to kaichi's stories until late. On the following day the kaichi would continue on his way. With their sonorous throat singing accompanied by a two-string topshur, they were guides to the world of the heroes and spirits of Altai.

However, when the Soviet government took control of the region in the 1920s, kaichi storytellers were repressed along with shamans. With time they became legends themselves, just like the mighty protagonists of their stories.

But the Altai still remembers them. Through collective memories, the legends made their way into books; these books fell into Kergilov’s hands when he was young. Imagining himself the hero of an epic poem, he never expected to become a guide to the world of legends quite so soon. 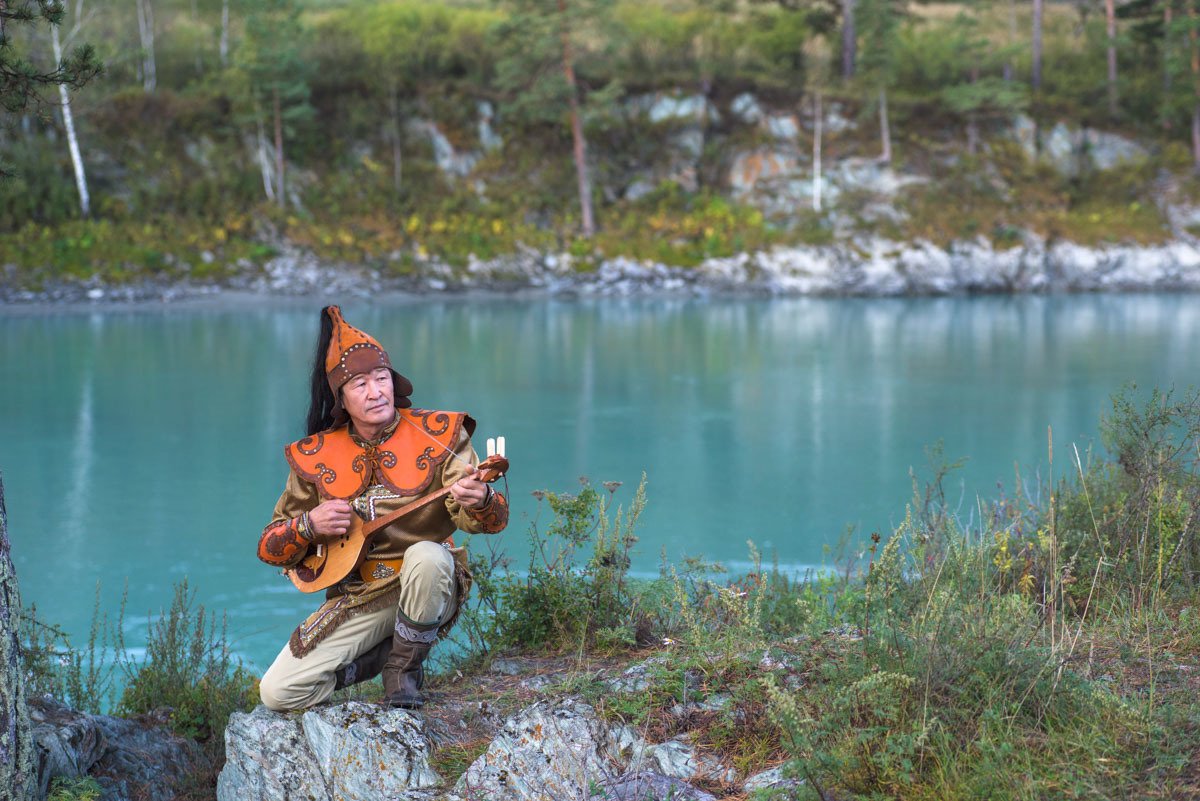 First, he took to eastern martial arts and a traditional Altai wrestling style called kuresh. Later he mastered various arts and crafts, including woodcarving. It was at this point that Kergilov started making topshurs – folk string instruments native to the region. One of the first instruments he crafted was intended for a friend of his. The friend asked Kergilov to give it a try. He mastered it almost instantly. Then he tried throat singing, a traditional form of performing kai. Again, he was a success. 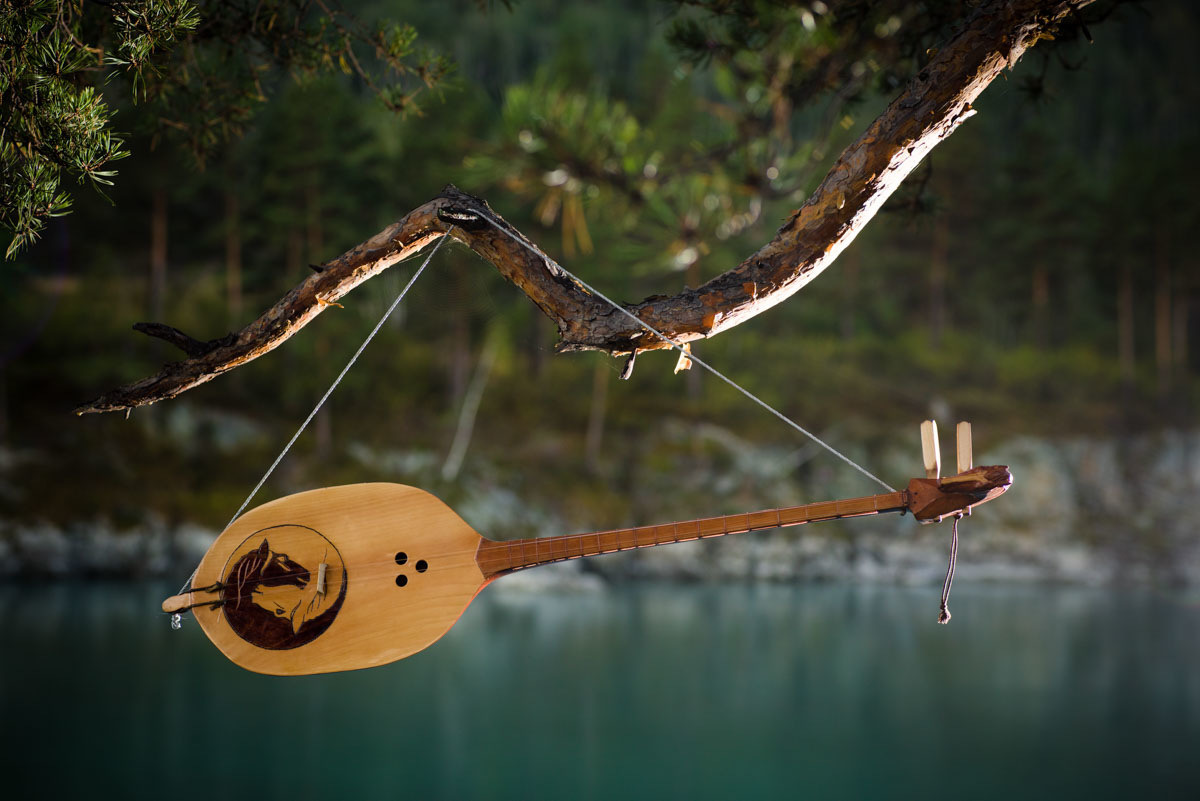 "You know, when I tried singing for the first time, I felt as if my chest had grown wider, as if I had wings sprawling behind my back," he says.

The storyteller of our times

Just look at the view," says Kergilov. His cottage in the Chemal region overlooks the turquoise waters of the Katun River.

“I have wanted to live near the Katun all my life,” he says. “There was nothing but mountains in the place where I grew up. Once I climbed one of them and could make out the Katun in the distance. It was like seeing God." 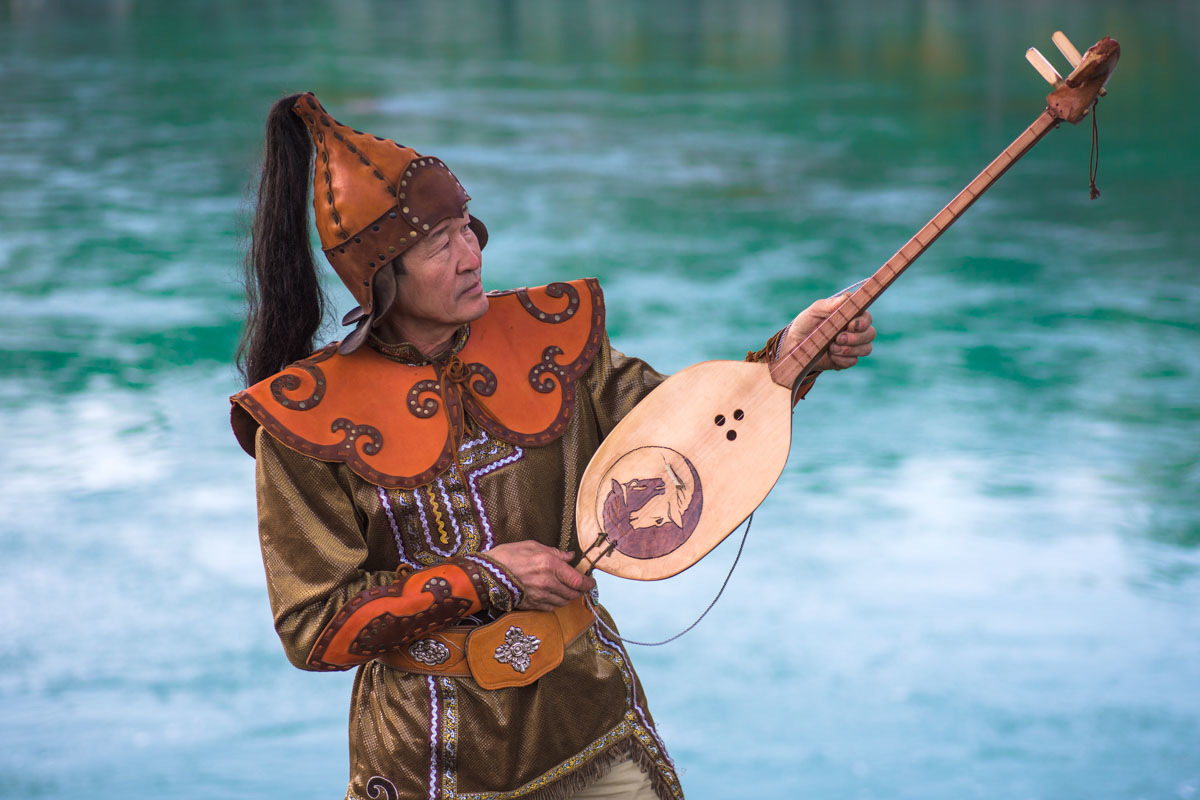 Kergilov built the house himself and decorated it with his own paintings. In the yard he set up an ail, a traditional Altai hexagonal house. He installed a pull-up bar to keep fit and a carpenter's bench packed with woodworking equipment to make topshurs.

"My instruments are well-known and I have a year-long queue of customers,” he says. “Most of them are throat singers from Altai, Tuva and Khakassia. However, a couple of my topshurs are in Japan, too. It’s not a very lucrative business. Mostly I do it out of love for the art itself."

This evening Kergilov is giving a concert. He will make more in two hours than a few days working on a topshur. To entertain his guests, the storyteller will change into a traditional Altai costume and sing a kai. A couple of times he might switch to Russian or even English, but the epic legends will be performed only in Altaian, which is the singer's mother tongue.

His audience won't understand a word, but in this case feeling is more important than comprehending the meaning. Those who have heard of the mystical ambiance inherent to the Golden Mountains of Altai will feel it with all their hearts, as they listen to coarse throat singing and the silky sounds of a topshur. 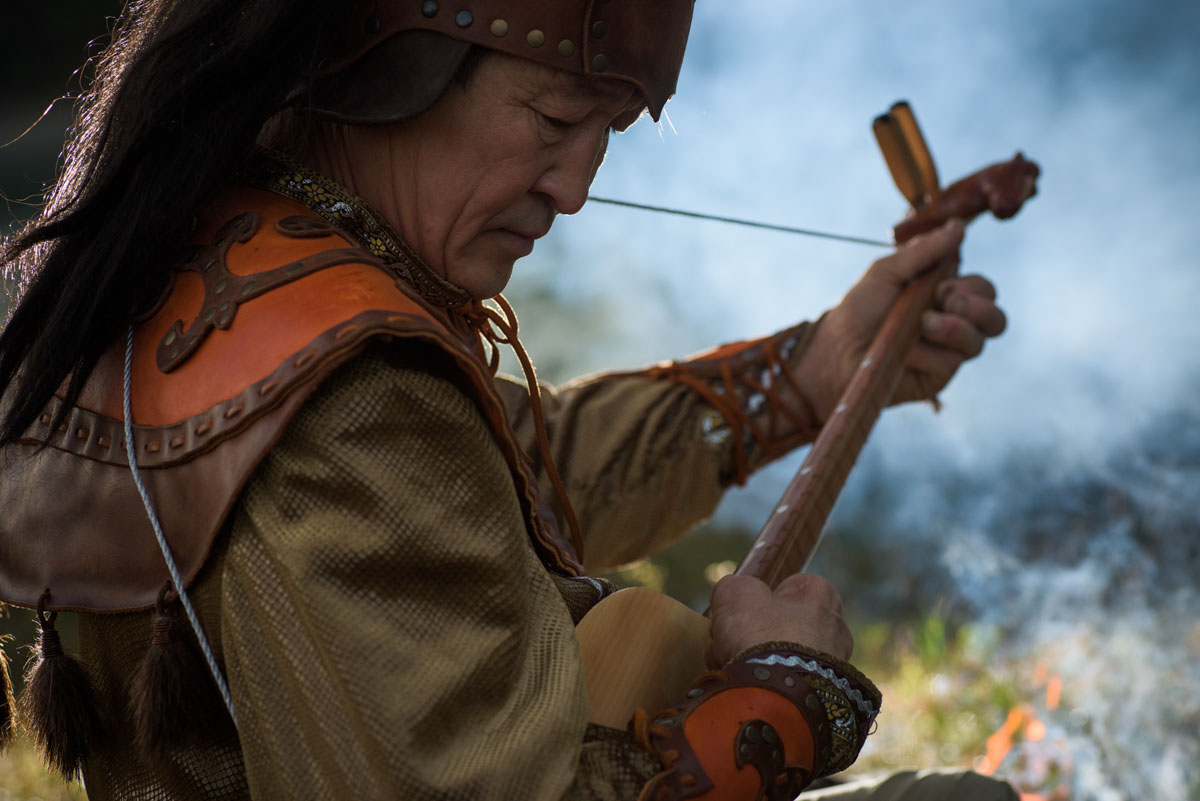 When the concert comes to an end, Kergilov joins tourists for a photo. Finally, he takes off his leather helmet, wipes his brow and sits down by the fire. He stares into it for a long while.

The grandson of a shaman woman, the head of the Kergil clan, a skilled woodcarver, blacksmith, artist, poet, storyteller, hunter and the salt of the Altaian earth – in his stage outfit Kergilov seems to be the embodiment of all the narrators whose voices were once heard by the shepherds' fires. They are the guides to the world of spirits that still live on here.