Cycling around St. Petersburg: Visit all major landmarks in 3 hours 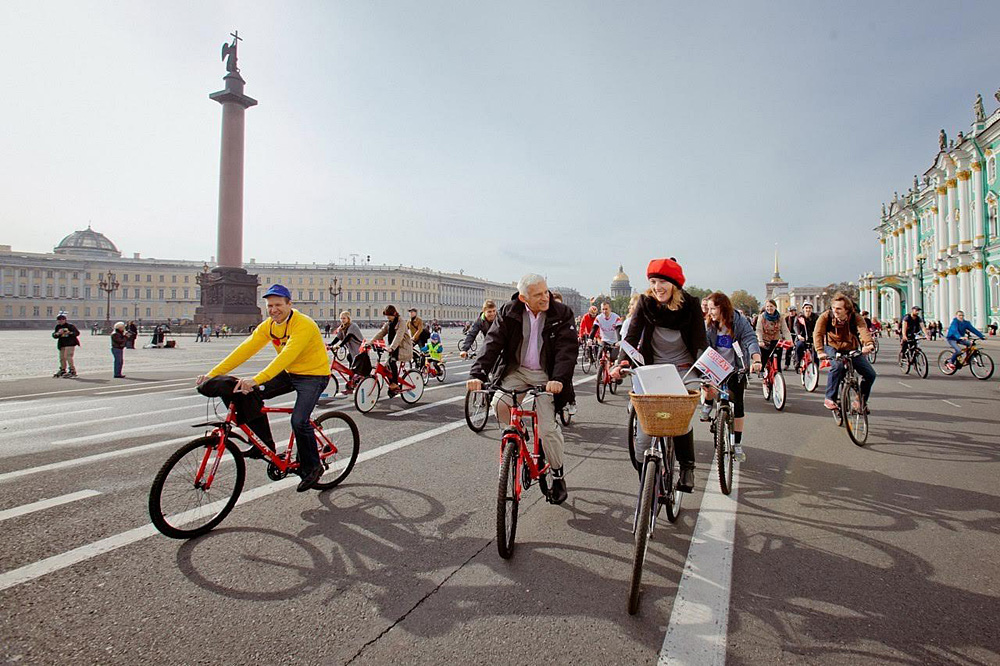 Velosipedization
St. Petersburg is a perfect city for bike rides with its flat terrain, quiet streets and wide embankments, which make up for the lack of bike paths in the city center.

How to choose a bike and stay safe on the road

The center of St. Petersburg boasts only seven bicycle paths, but the city plans on building three more routes of 34.5 kilometers over the course of the upcoming year.

In 2016 a total of 96 city bike rental stations will begin operations in late April. You can download a special app here to gain access. However, it might be simpler to rent a two-wheeler from a smaller vendor – all you need is a passport and cash to leave as a deposit.

1. Rentbike  – a round-the-clock rental in the city center. Rent sport bikes, urban bikes and retro-style models from 600-900 rubles per day. 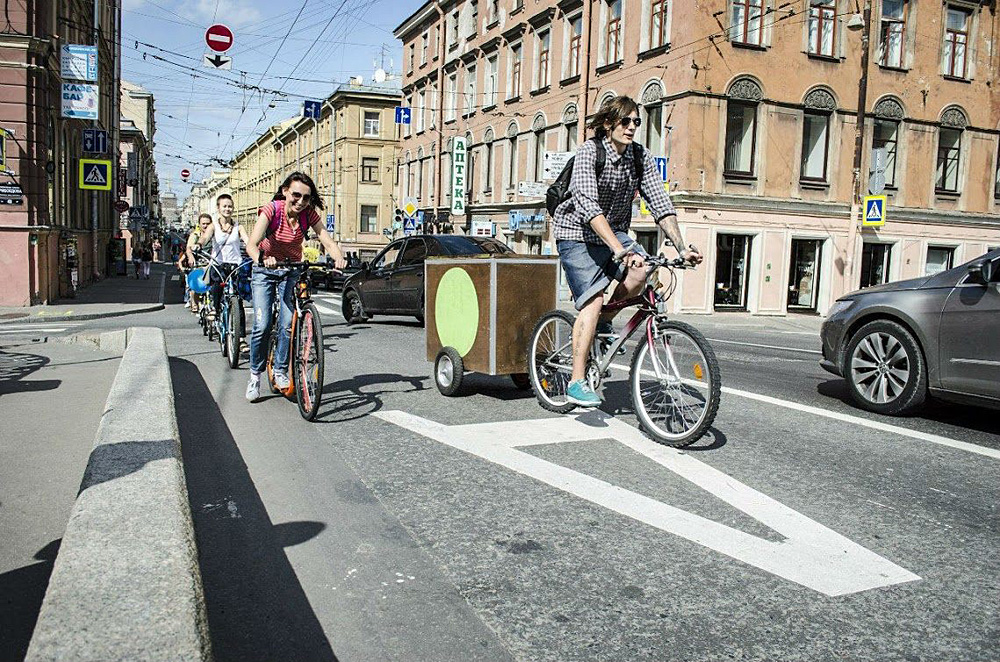 According to Peter Kozyrev, founder of the Peters Walk company, which has been organizing bike tours for visitors since 2007, St. Petersburg is quickly becoming a friendlier environment for cyclists.

"Drivers are more considerate than they were a few years ago,” says Kozyrev. “Most of our customers come from countries with a well-developed cycling culture such as Germany, the Netherlands, France and Denmark."

His advice to tourists that plan a ride on their own is to choose quiet streets, pedestrian zones, empty sidewalks and connecting courtyards.

"Pay attention to the traffic and take your headphones off," says Kozyrev.

The best time for bike rides is on weekend mornings.

You can start your ride at Vosstaniya Square. In the early 19th century this area was considered the remote outskirts of the city up until the construction of the Moskovsky Railway Station (called Nikolaevsky at that time) in 1851. It was during the reign of Tsar Nicholas I that St. Petersburg and Moscow were linked by railroad. The journey then took 20 hours, which seemed miraculously fast at the time. Modern trains can cover this distance in less than four hours.

Our route will next take you to a square that used to contain Smolny Dvor, a yard where huge steaming pots of tar were stored. Today the square is marked by the buildings of the Smolny Institute for Noble Girls, the first female educational establishment in the Russian Empire. It was founded in 1764 by Catherine the Great.

In the 20th century, this female realm was taken over by statesmen: In 1917 it housed the Bolsheviks' headquarters and served as the residence of Soviet founder Vladimir Lenin for four months. For the last two decades it has been the official residence of the governor of St. Petersburg.

Next door is Smolny Catedral, a baroque creation of Italian architect Francesco Bartolomeo Rastrelli, who dreamed of erecting the first Orthodox "skyscraper" – a 140-meter belfry. His design, however, was never realized, and the remaining components of the cathedral and Smolny Convent took an incredible 87 years to complete. Unfortunately, the scaffolding covering the cathedral today makes it look more like a space rocket before a launch.

Take Smolnogo Street to get to a wide embankment, then turn left. Across the Neva River you will catch a glimpse of what the rest of St. Petersburg looks like: Plants and factories, as well as the modern Benua business center, where Upsala Circus, Russia's only circus for troubled youth, holds performances.

Make a stop at 12 or 14 Voskresenskaya Embankment to admire the sphinxes created by Mikhail Shemyakin, a celebrated modern sculptor and artist. It is a memorial to the victims of political repressions, which explains why the side facing the notorious Kresty Prison, right across the river, is made to resemble bare bones.

Cross the Neva River via Liteiny Bridge and turn right at the embankment to Lenina Street. Stop for a few minutes near the musical fountains and take a selfie with the monument to Lenin. 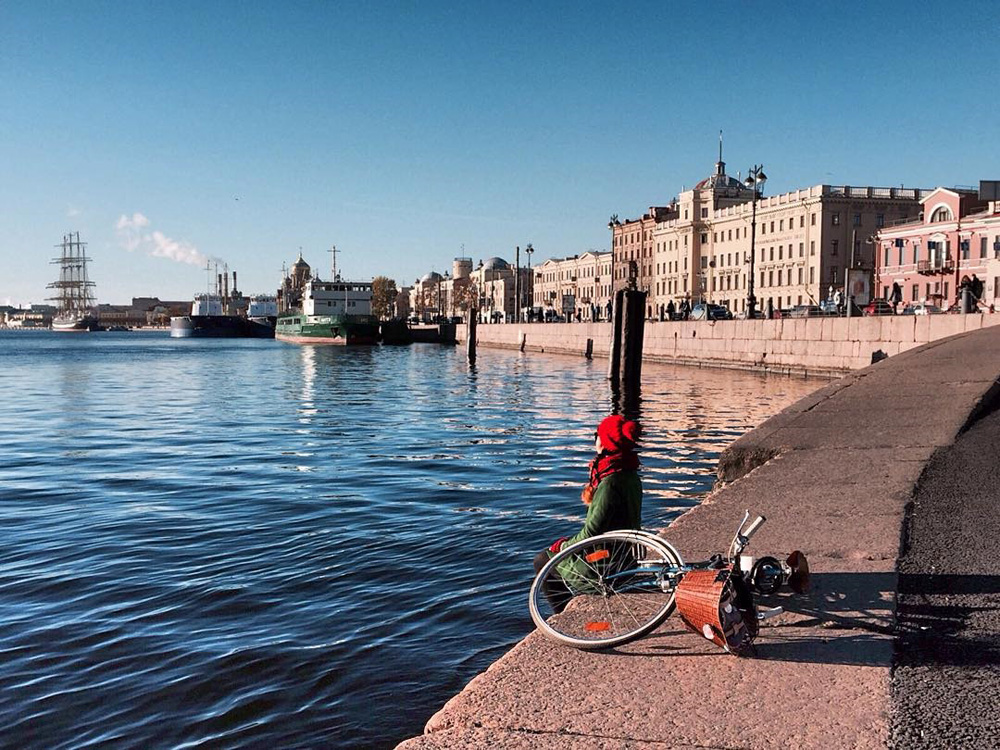 Photo credit: Velosipedization.ru
Take Botkinskaya Street up to Sampsonievsky Bridge and cross the river and continue your tour along Petrogradskaya Embankment. Here in June 2016, the Aurora Cruiser will return to its former resting place. The Aurora fired a blank shot in 1917 that signaled the beginning of the October Revolution.

Slow down at the pier in order to take a closer look at the Chinese guardian lions and Peter the Great's wooden cottage. The construction of this cottage and the groundbreaking of the Peter and Paul Fortress in May 1703 marked the birth of St. Petersburg.

Follow Dobrolyubova Prospect and Mytninskaya Embankment down to Birzhevoy Bridge, then choose the right-hand side as you cross the river. 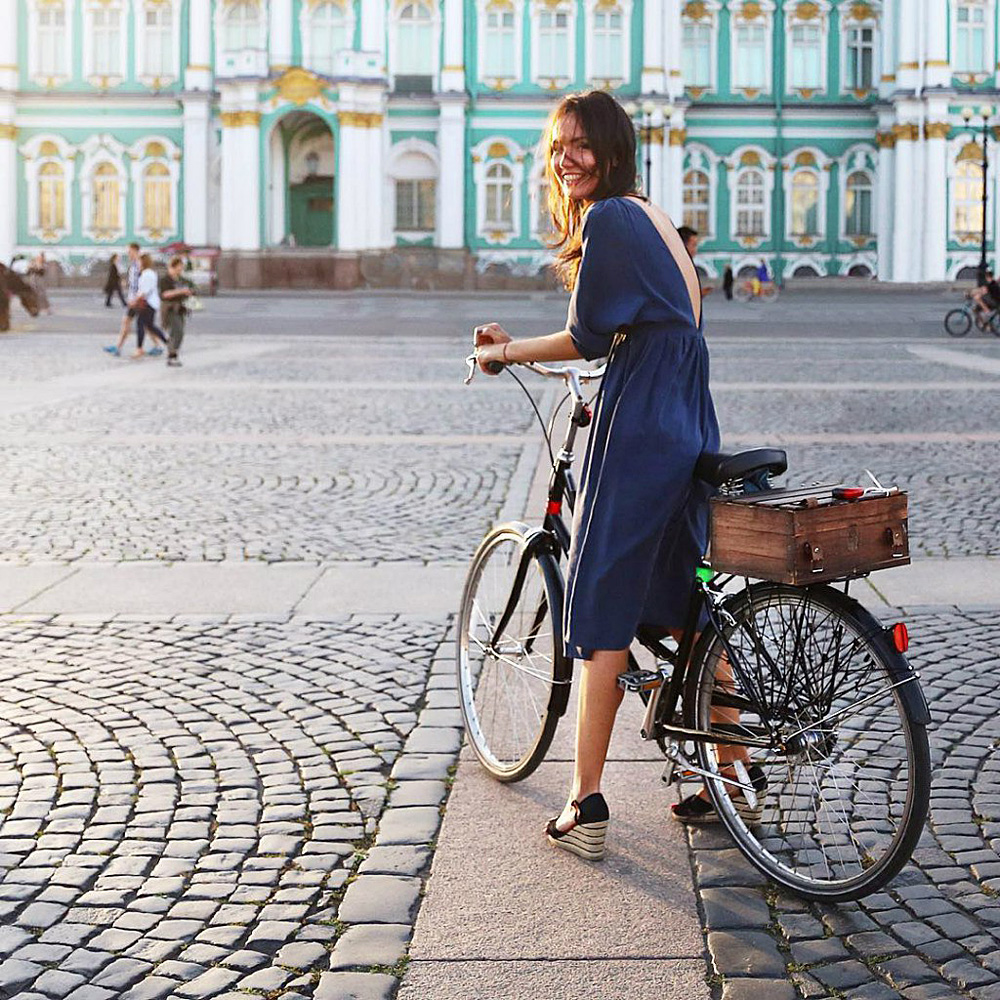 Take the Palace Bridge across the river and you will find yourself in the heart of the city at Palace Square. Make a wish and ride three times around the Alexander Column. Experienced cyclists believe that your wish will come true if you don't hold the handlebar and don't touch a single pedestrian as you ride.

Afterwards head to quiet Millionnaya Street and follow it to the Field of Mars, which was nicknamed “the Sahara of Saint Petersburg” in the 19th century because of its sandstorms. The field was once covered in sand for military training purposes. Today the Field of Mars is one the city's greenest spots, sit down and enjoy a picnic here – your bike tour has come to an end.