‘They call me a psycho’: Why is a man walking across Russia with his cat

Travel
Russia Beyond
On an epic journey of self-discovery and introspection, a recently divorced man decided to leave home, only taking his cat. Now, together they’re crossing the snow-covered vastness of a wintry Russia.

Vladislav Evglevsky, a 29-year-old Russian man, led a quiet life in the city of Murmansk (1,800 km north of Moscow), where he sold camping equipment. His life changed suddenly following a difficult divorce, which involved settling custody of his 4-year old son.

Aware that he had come to a very difficult moment in his life, Evglevsky suddenly had the idea to travel across the country and perhaps find answers to his existential questions. No trains, nor planes; only by foot, or hitchhiking. And he’s taken his cat Sam with him! 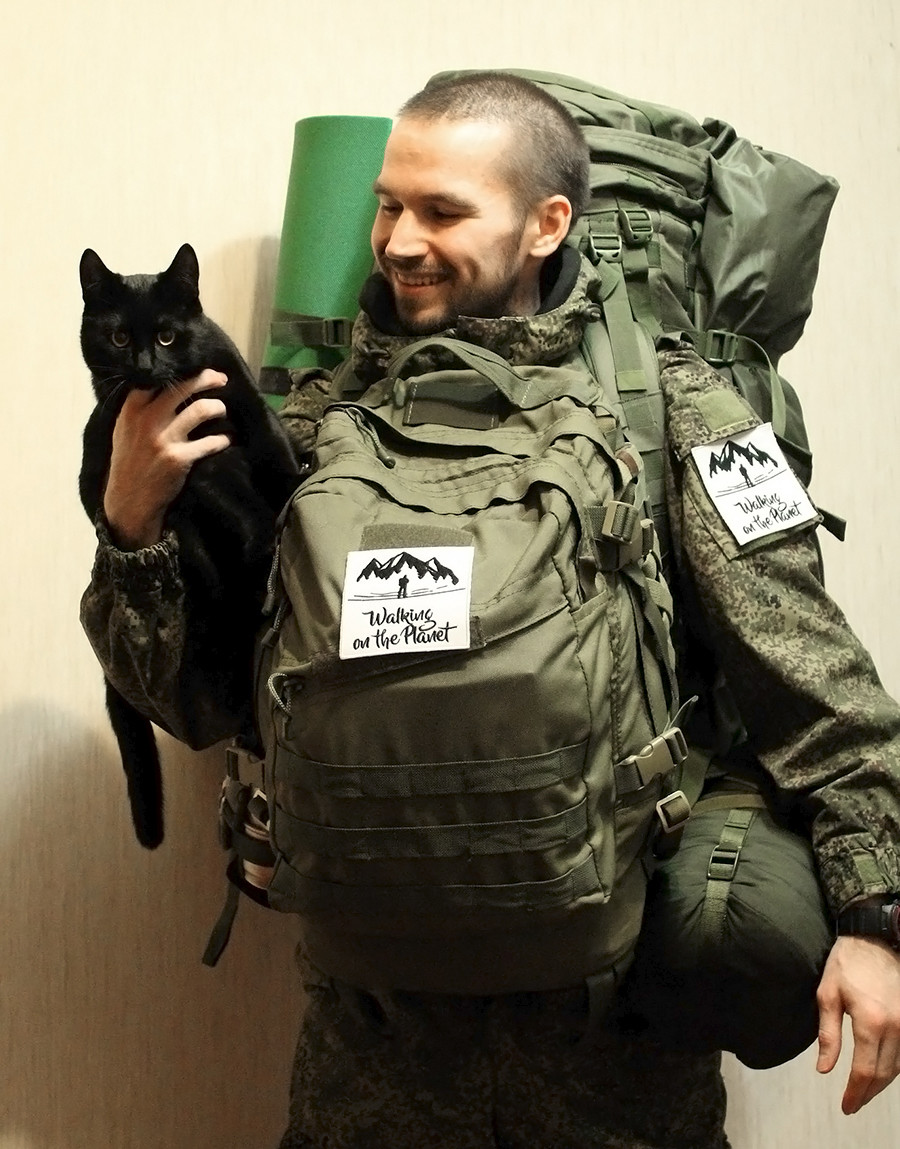 goal is Vladivostok on the shores of the Pacific Ocean, 10,000 km from his home in Murmansk. This is not an easy journey, especially in December; and Vladislav hopes to reach his goal by the New Year. As far as his return, he plans to do it also by walking and hitchhiking and to hopefully arrive in time for his son’s 5th birthday in March.

“I understood that I wasn’t happy with what’s been happening in my life over the past two years,” he explained to the newspaper, Petrozavodsk Govorit. believes that his journey is a path of self-improvement, to find a way to overcome his personal inhibitions and problems. 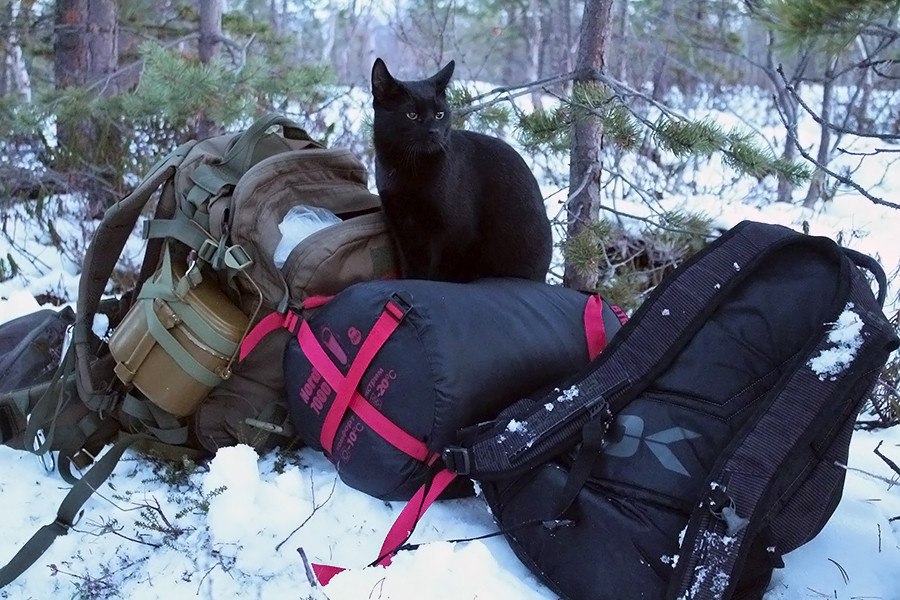 As for Sam the cat, he’s basically a kitten, just 8 months old. But he’s been companion on previous trips, though not quite as long and arduous. He found him on the streets of Murmansk and raised him as a pet.

“I thought I’d be alone on my trip, but then decided it’d be better to take 5 kilos of weight than to be completely alone,” said, adding that he’s had to deal with insults, as some people call him “a psycho, a man torturing an animal, an egoist and so on,” for taking Sam with him.

says he’s definitely not a cruel man and provides Sam with the best possible. The cat is carried in a special backpack, with his own food and toilet. The traveler also dressed the cat in special overalls to protect him from the cold. Sam seems to be quite shocked in photos, but according to the owner, he’s coping well with the trip – so far.

This epic voyage of cat and man began on Dec. 10, and at the time when this article was published on Dec. 13, the two had reached Pskov (1,600 km south of Murmansk). Now, they’re moving further southeast. We can only wish them luck!