Visit it! Russia’s most extraordinary fortress 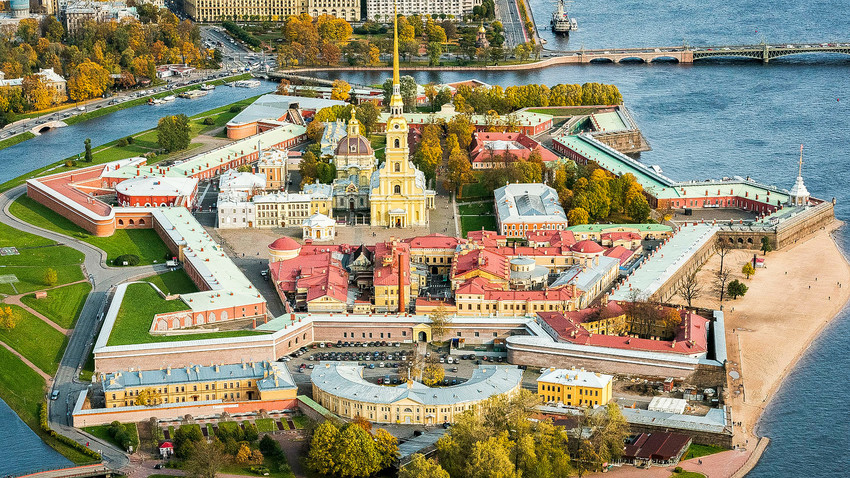 Serguei Fomine/Global Look Press
The world’s tallest Orthodox bell tower is situated in a powerful stronghold with formidable bastions, but it never saw battle. The Peter and Paul Fortress has had an incredible history: serving as an imperial crypt, a prison for revolutionaries and Romanovs, and even hosting a top secret Soviet scientific laboratory.

Founded on May 27, 1703 on Hare Island at the mouth of the Neva River, this stronghold became the heart of Peter the Great’s new capital. The day when work began on the Peter and Paul Fortress is also celebrated as the birthday of St. Petersburg. 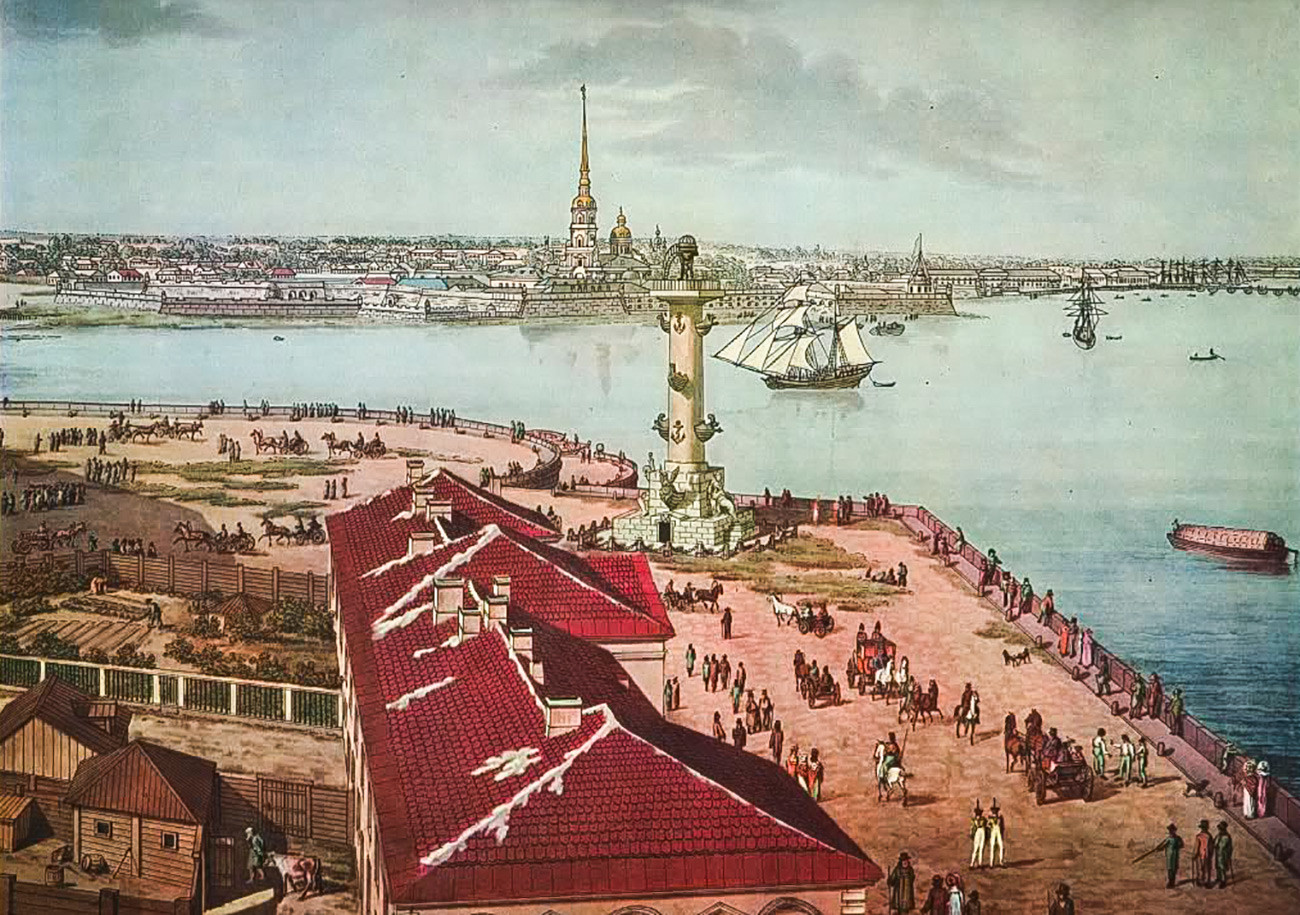 According to legend, the island was inhabited by numerous droves of hares. One of them even jumped on the boots of the Russian Tsar Peter I when he stepped onto the island out of his boat. A monument to the hare can be seen in the water near the Ioannovsky Bridge, which connects the fortress with the mainland. It is believed that if you throw a coin on the hare monument, you will have great luck. 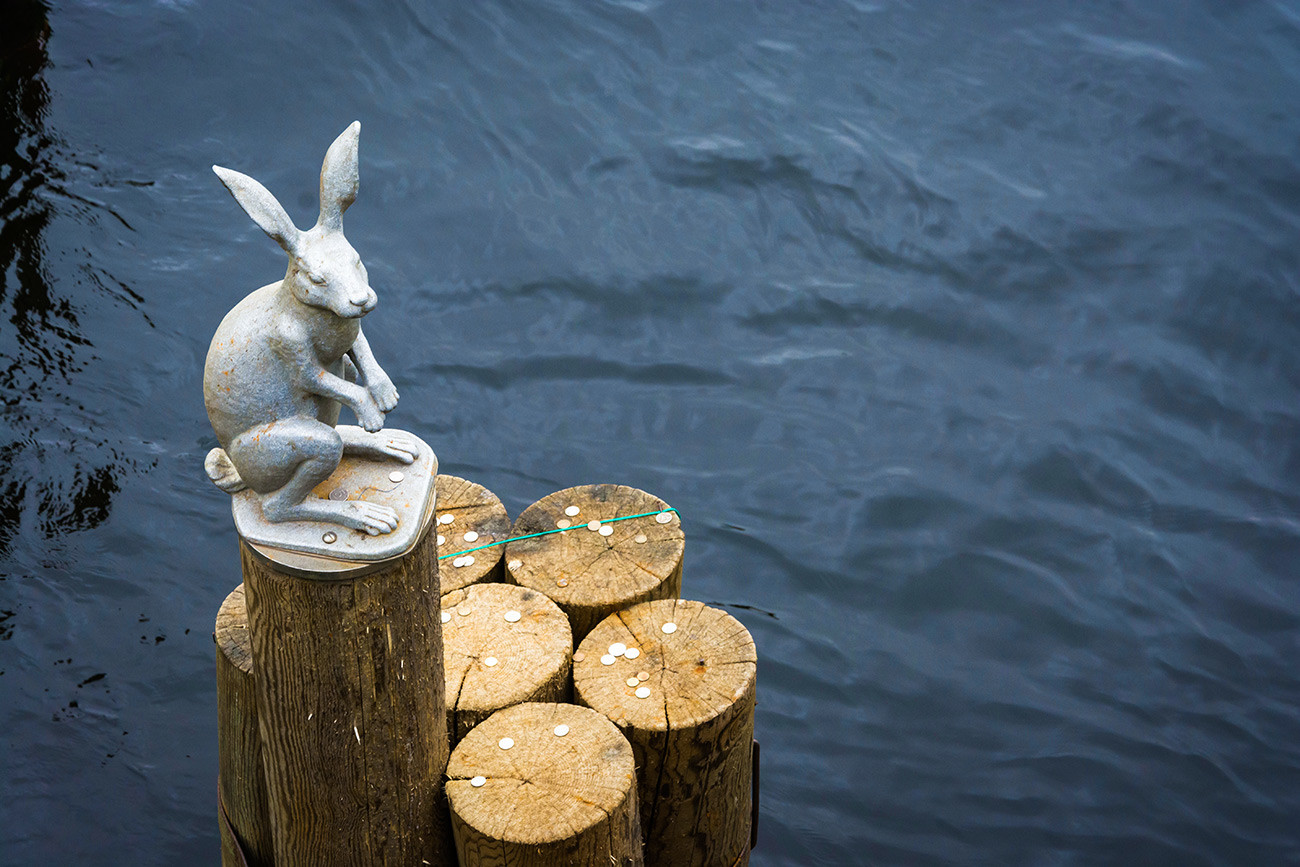 Peter the Great wished to demonstrate that St. Petersburg was destined to become the most important city in Russia, whose architecture would even outshine Moscow. One of his most ambitious projects was the Saints Peter and Paul Cathedral founded in 1712 on the territory of the fortress, and completed 21 years later. 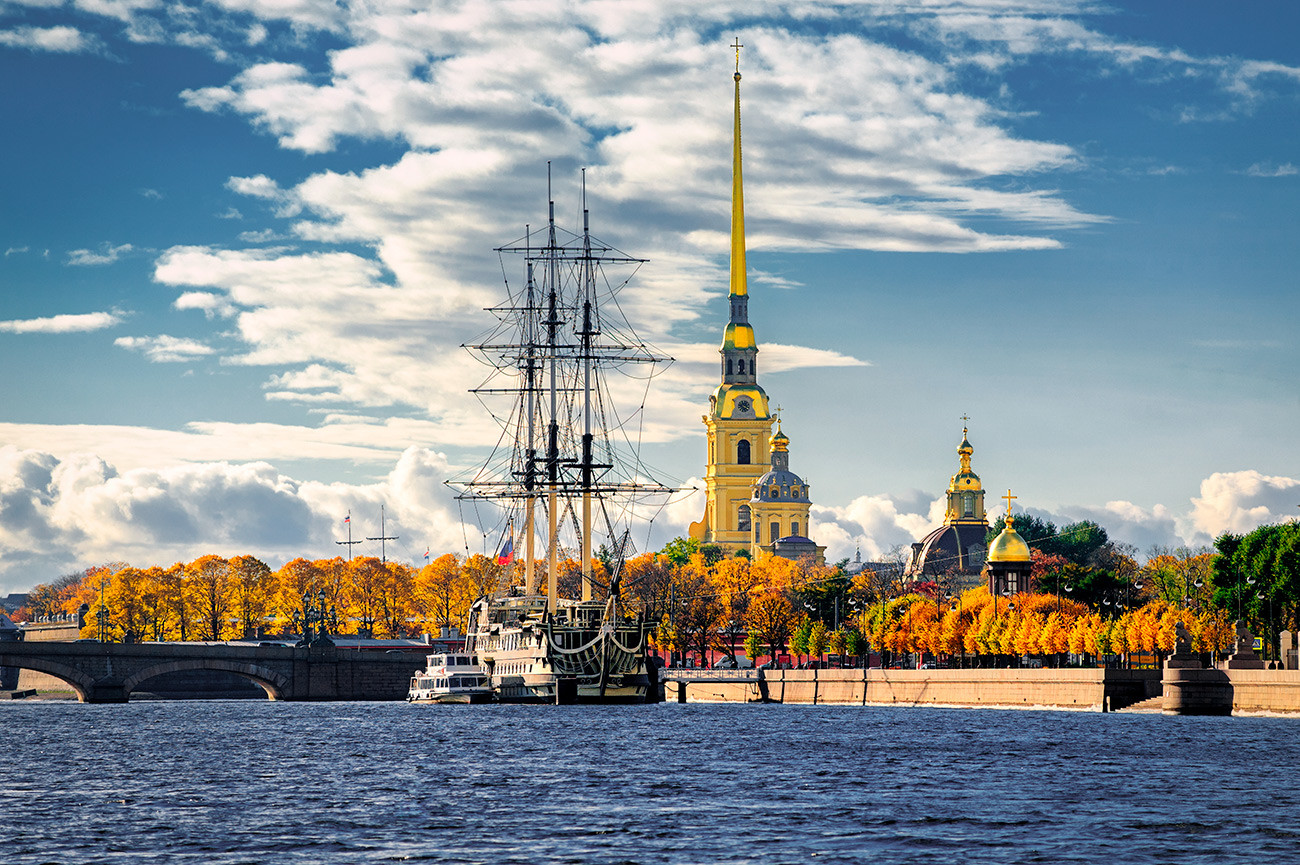 With a height of 122.5 meters the Cathedral became the tallest building in Russia and kept this record until 1952 when the Kotelnicheskaya Embankment Building in Moscow was built (176 meters). Even today the Saints Peter and Paul Cathedral is the tallest Orthodox bell tower in the world. 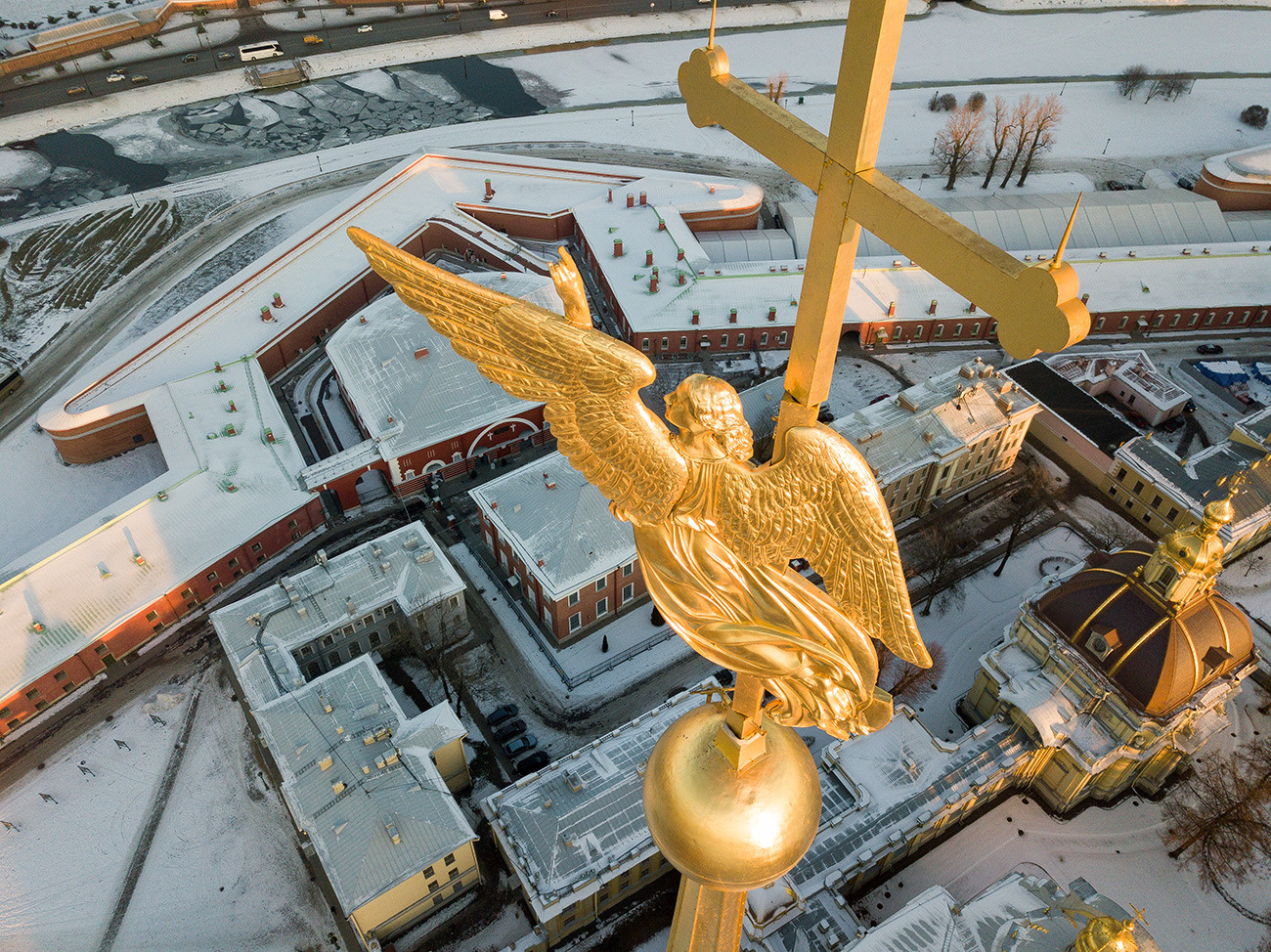 For two centuries the Cathedral served as an imperial crypt, and still houses the remains of almost all the Russian emperors and empresses from Peter the Great to Nicholas II and his family. 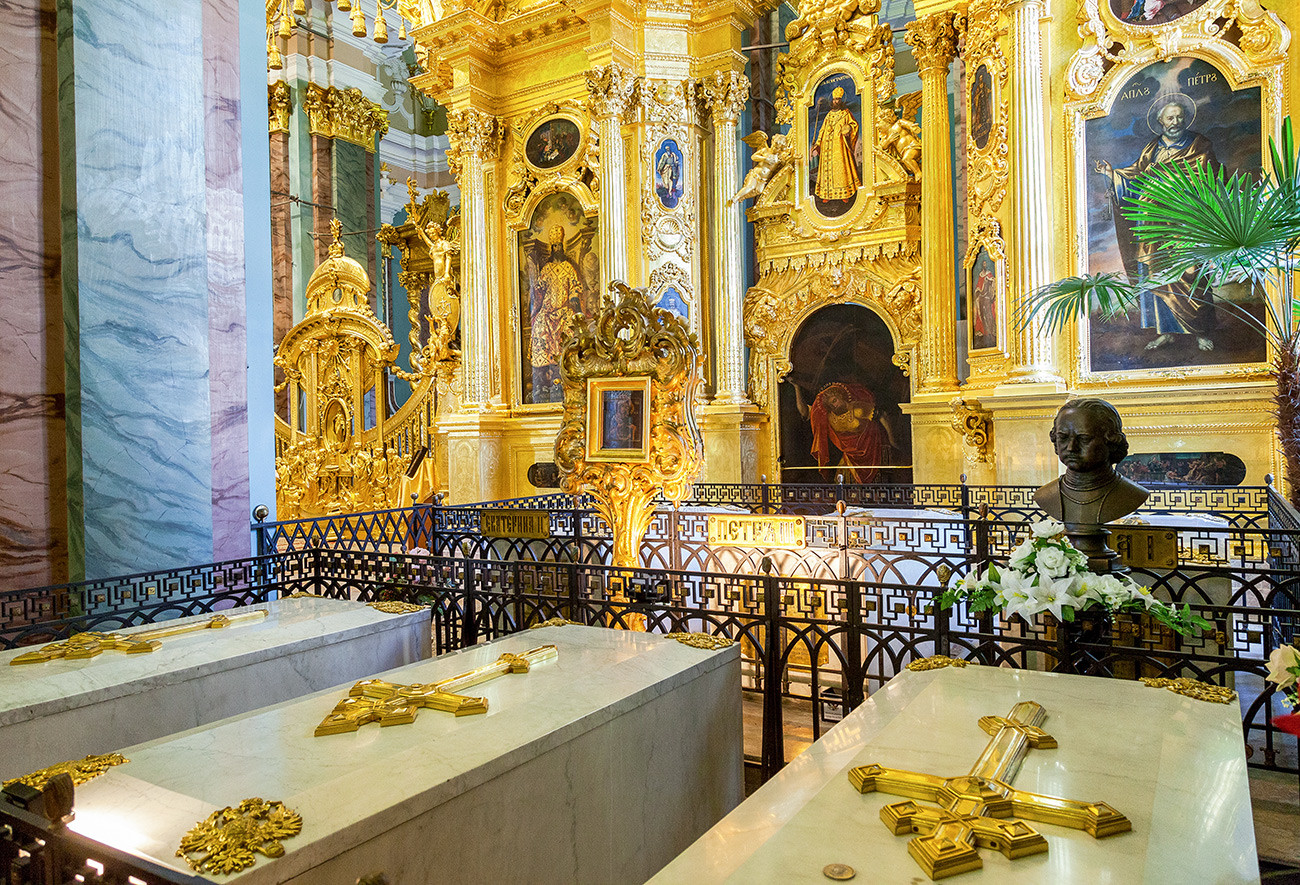 While always ready for combat, the fortress never took part in any battle. Still, it was heavily bombed during World War II, which caused major damage to the Cathedral. 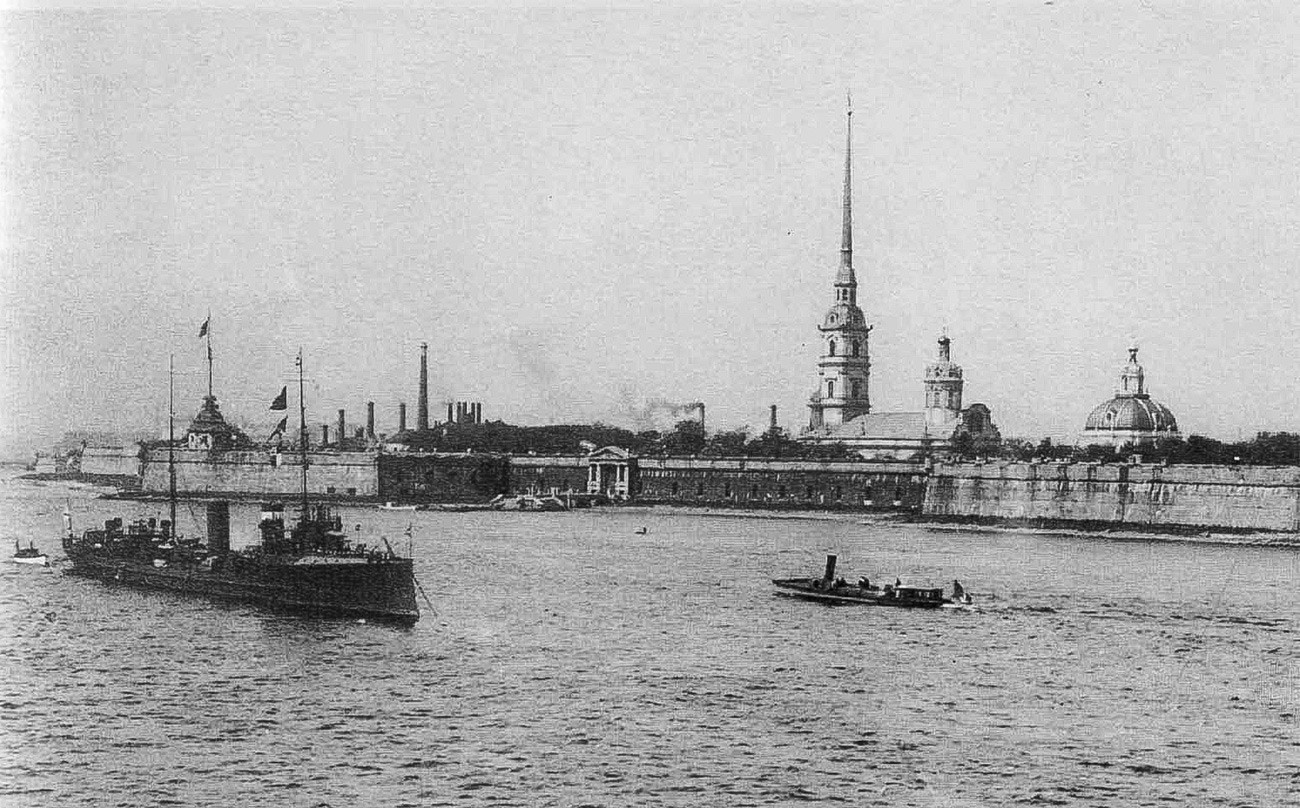 The Peter and Paul Fortress was used as Russia’s main political prison. Among its famous prisoners were Alexey, son of Peter the Great, as well as members of the Russian Provisional Government, overthrown during the 1917 Bolshevik Revolution, and even some members of the Romanov family were executed by firing squad in the courtyards. 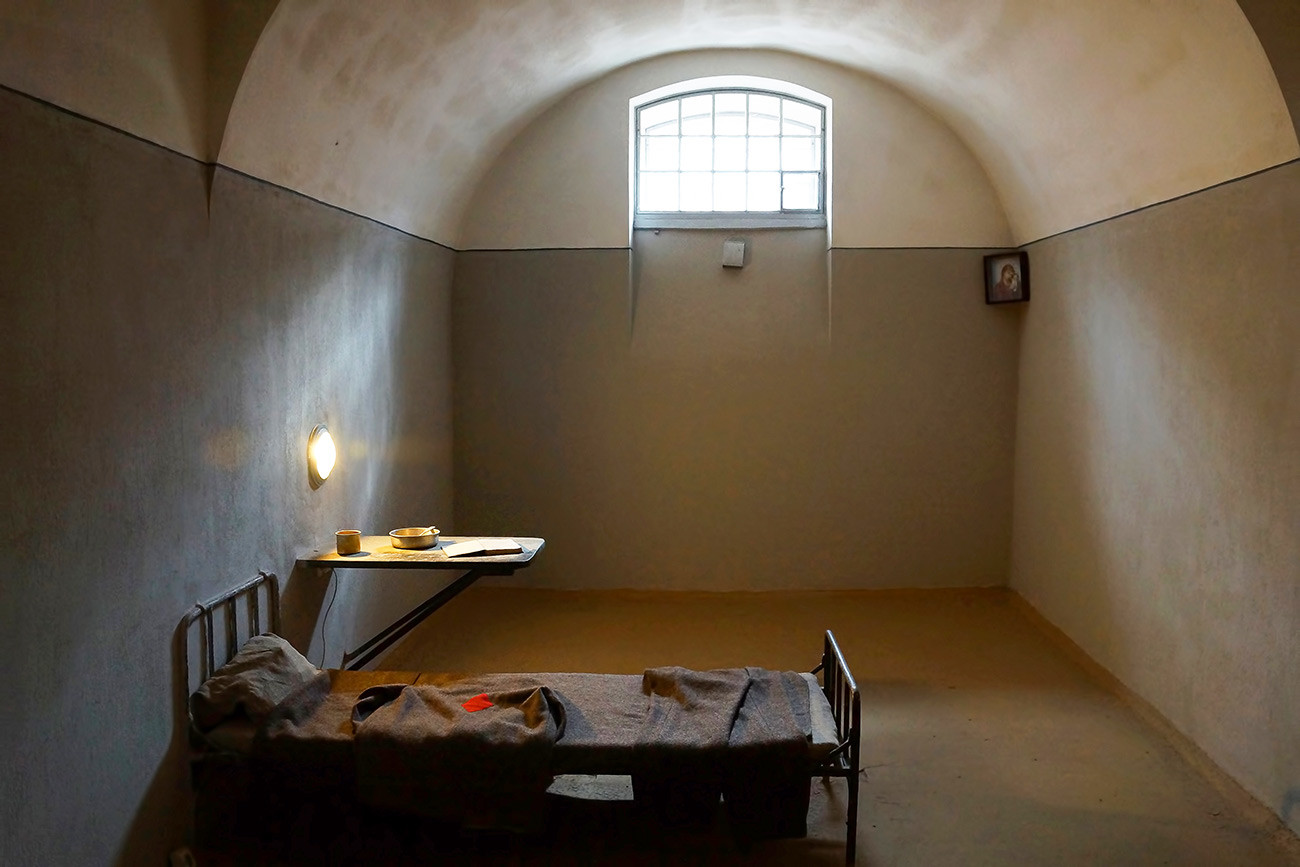 In 1925, Bolsheviks wanted to destroy the Peter and Paul Fortress and to build a stadium for the Zenit football club. Luckily, this barbaric decision was abandoned. 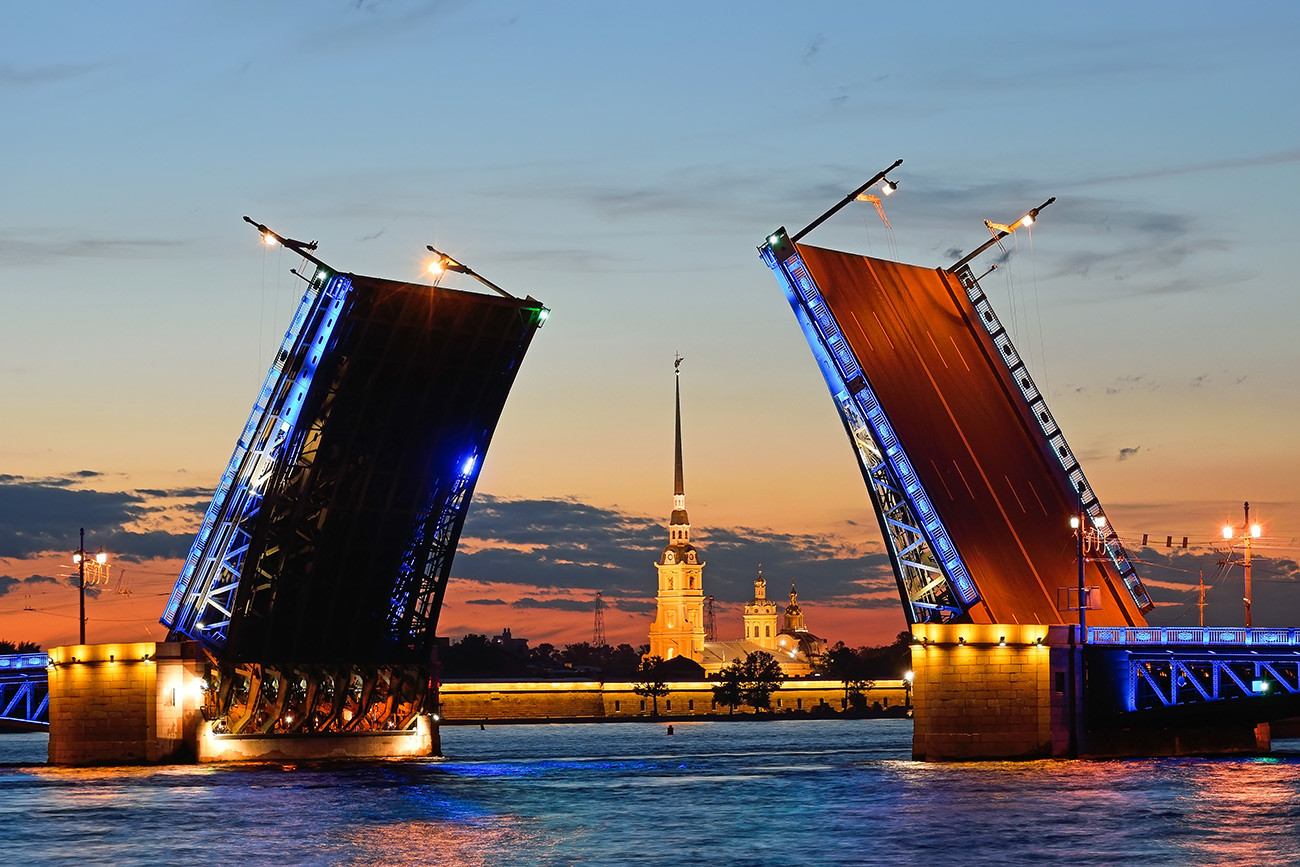 Since the 1920s the Fortress has operated as a museum. This, however, didn’t prevent two important organizations to operate there. One was the State Mint, and the other was the top secret Gas-Dynamic Laboratory, which made a huge contribution to the development of Soviet military and space technologies. If the Mint still operates today, the laboratory is long gone, and one can instead find the Museum of Space and Missile Technology in its rooms. 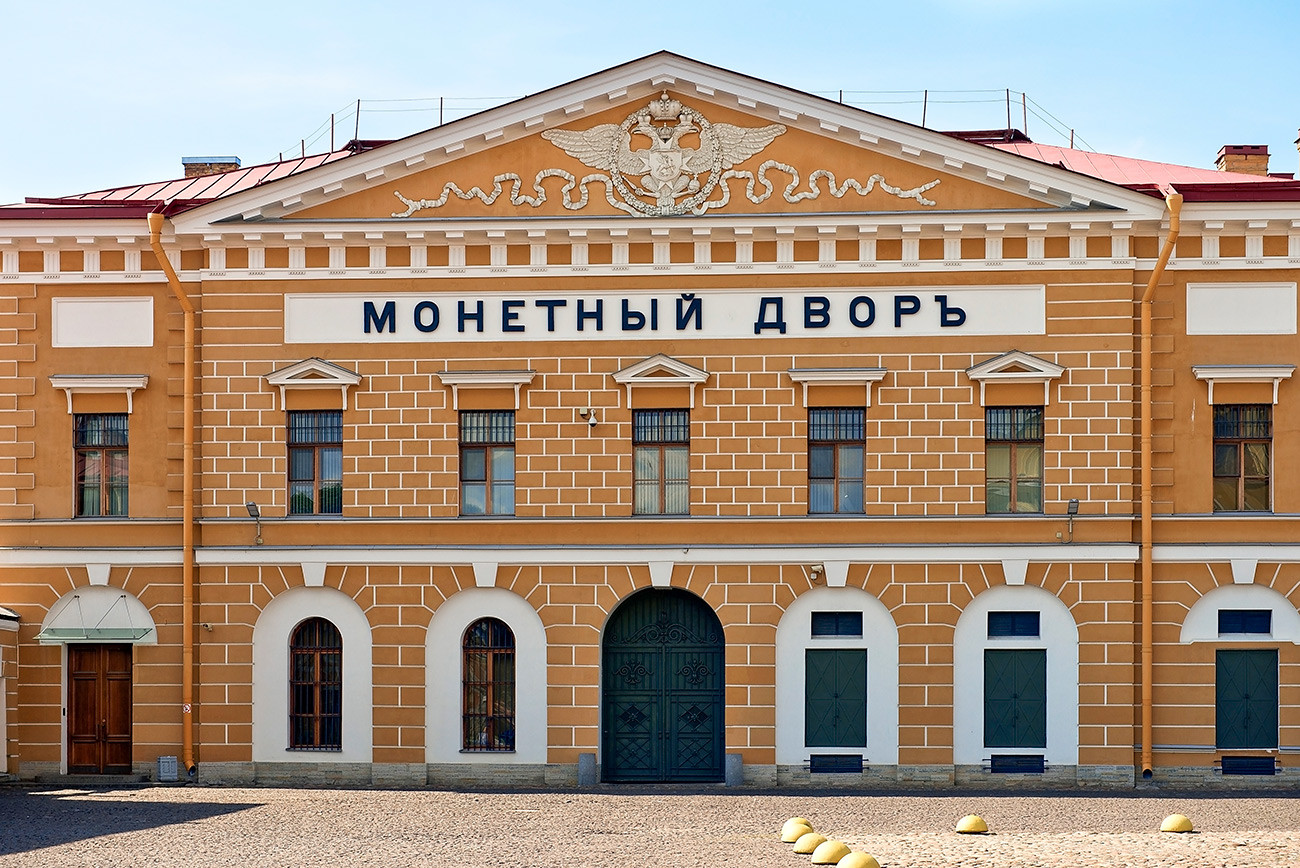 Elsewhere on the fortress’ territory tourists can see one of the most unusual monuments in St. Petersburg - a sculpture dedicated to Peter the Great. It has an enormous body, but a little head. The artist made an exact reproduction of the Tsar’s face, by using his death mask. 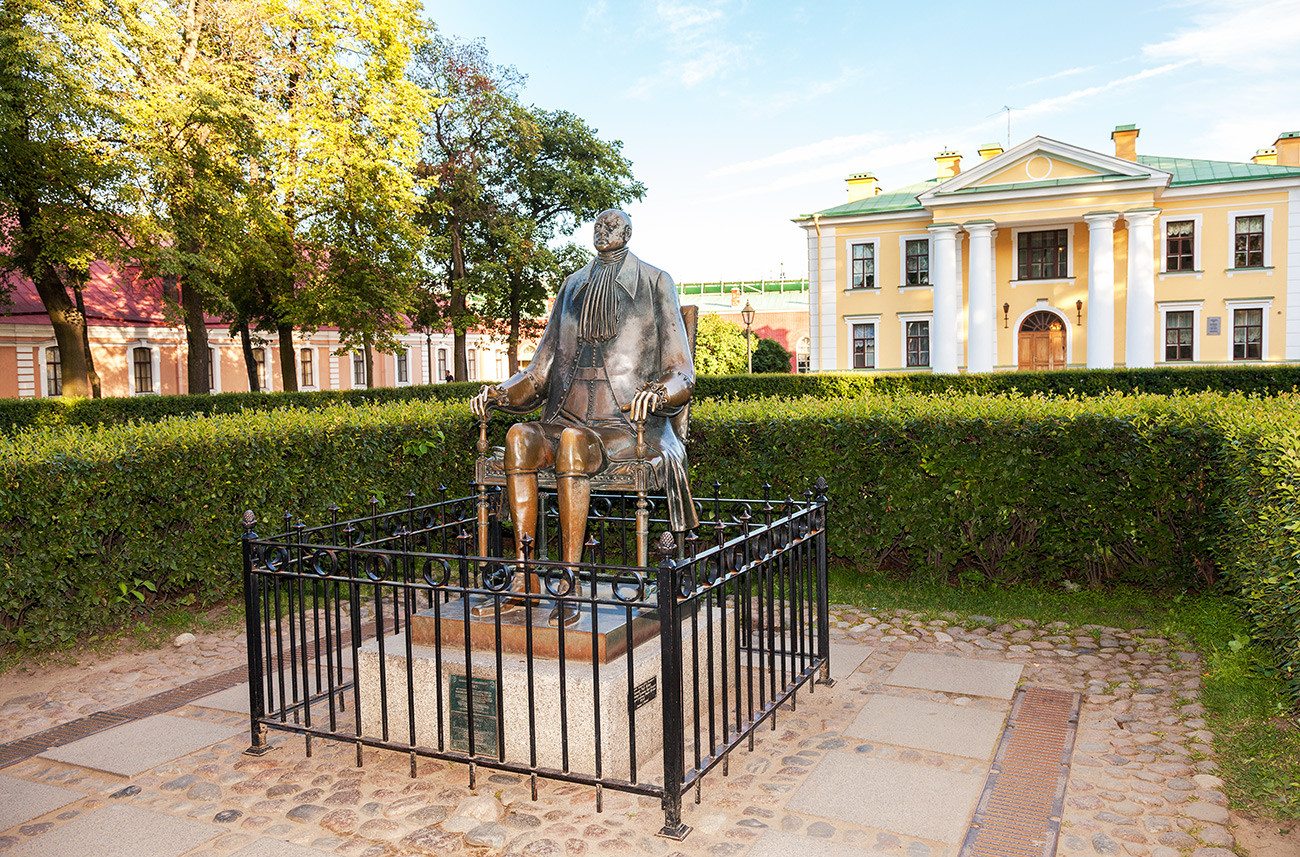 Daily, at 12 p.m., an artillery piece in the fortress makes a blank shot to announce the time. Only one cannon shoots, but an extra is always kept ready and loaded in the event of a misfire. Honorable guests of the city often participate in the ceremony. Thus, in 2003, Prince Charles shot this artillery piece. 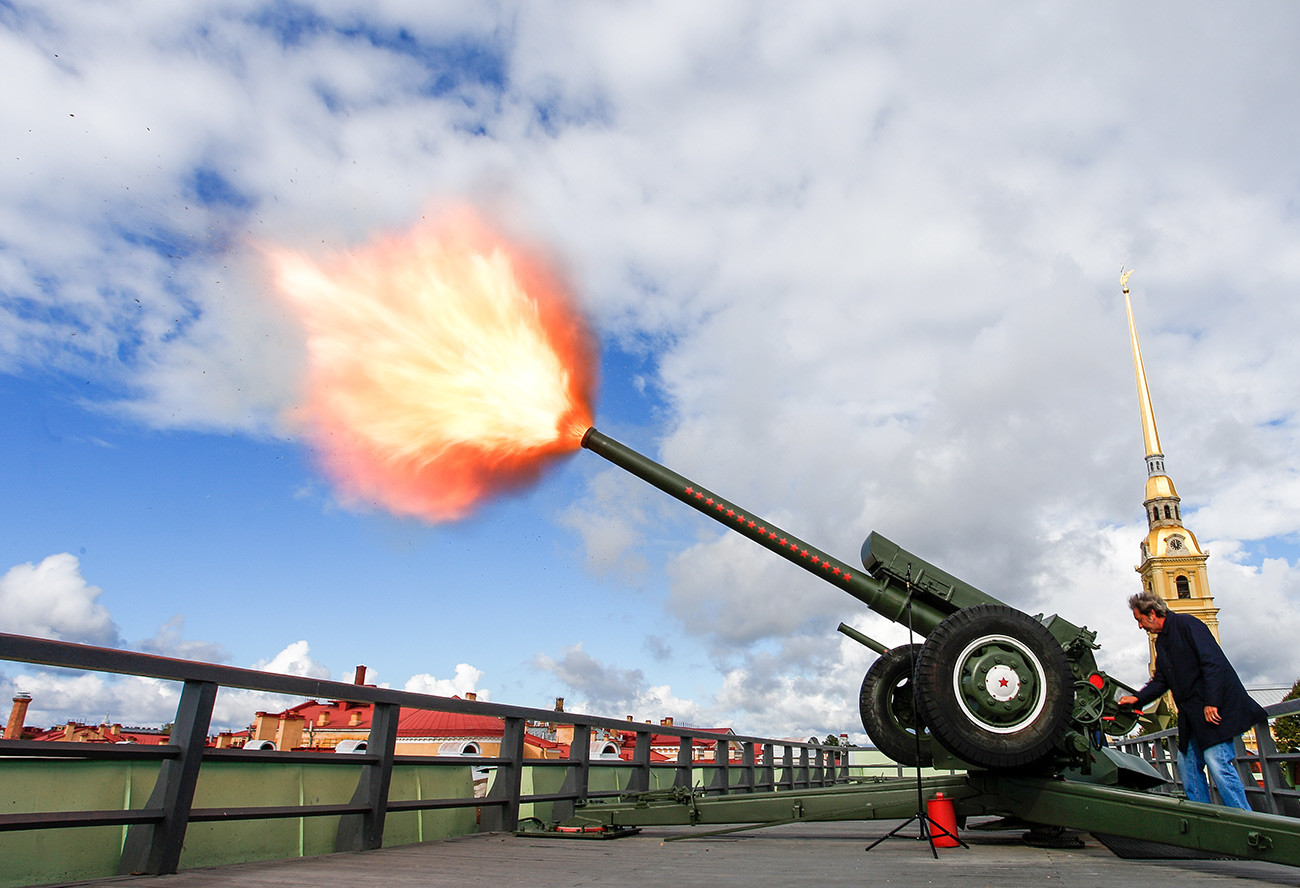