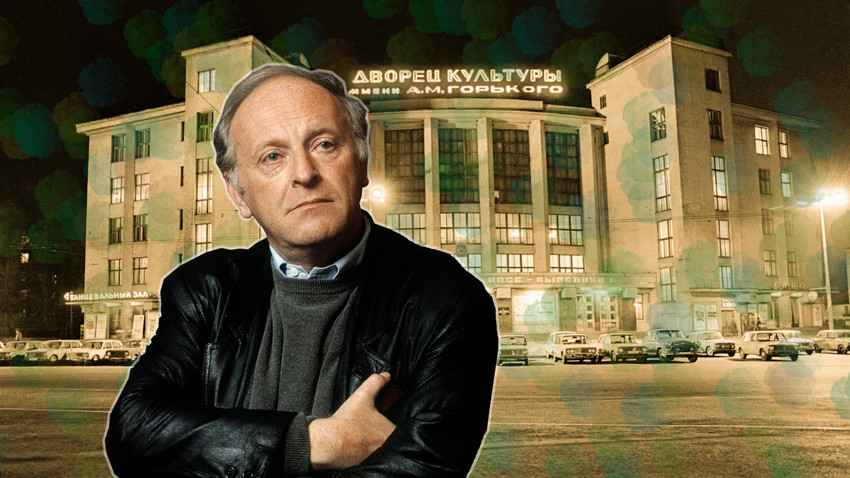 Nobel Prize winner in literature, Russian poet and essayist Joseph Brodsky was expelled by the Soviet government for his creative works in 1972. He never returned home, although after the dissolution of the Soviet Union he was invited to his native city of St. Petersburg many times and was even awarded the title "honorary citizen".

Nevertheless, the city became the focus - not just the background - for his poetry, because it was St. Petersburg that formed Brodsky as a person and poet. Here are just some places that closely connect him with the "Venice of the North". 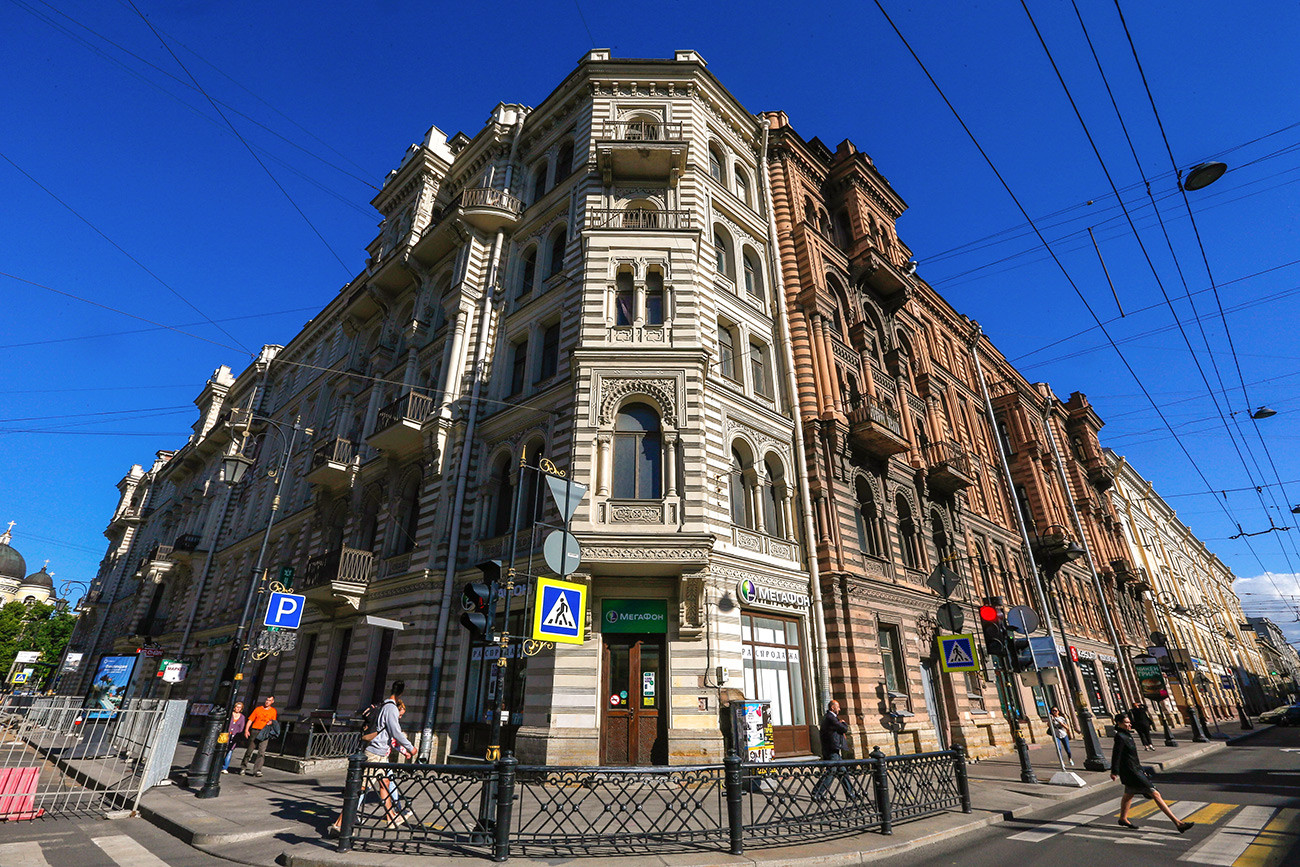 The Brodsky family lived in a communal apartment on the second floor of the building, which reminded the young Joseph of a cake. It was, as the poet later recalled, "a room and a half". His parents' room, his father's photo studio and a corner with Joseph's books consumed little space. The poet wrote an essay of the same name ("A room and a half") about his life in this house when he became a New Yorker. 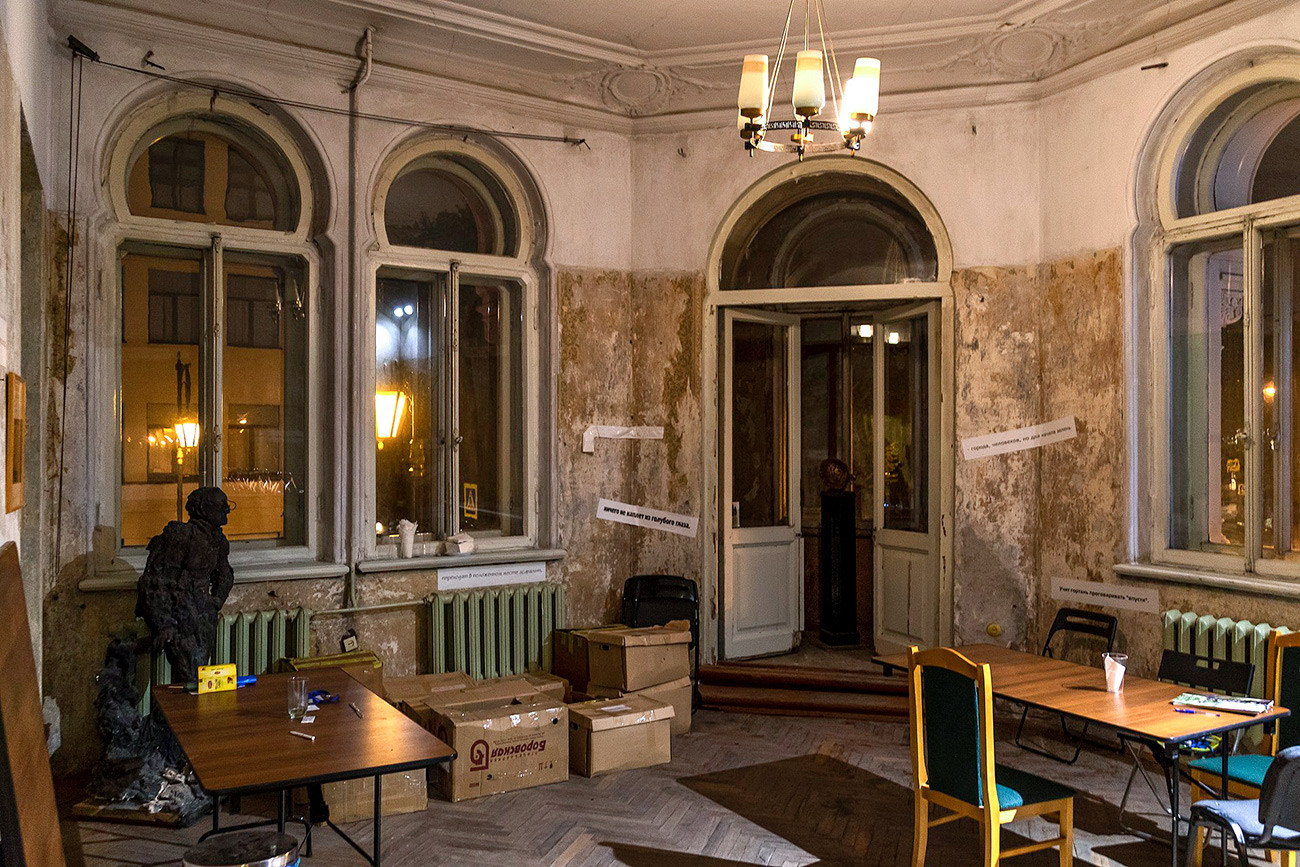 Brodsky's room and a half

Today Brodsky is commemorated with a plaque on the building. You can see what the Brodsky's "a room and a half" was like as a visitor of exhibitions and lectures, which are held here from time to time. 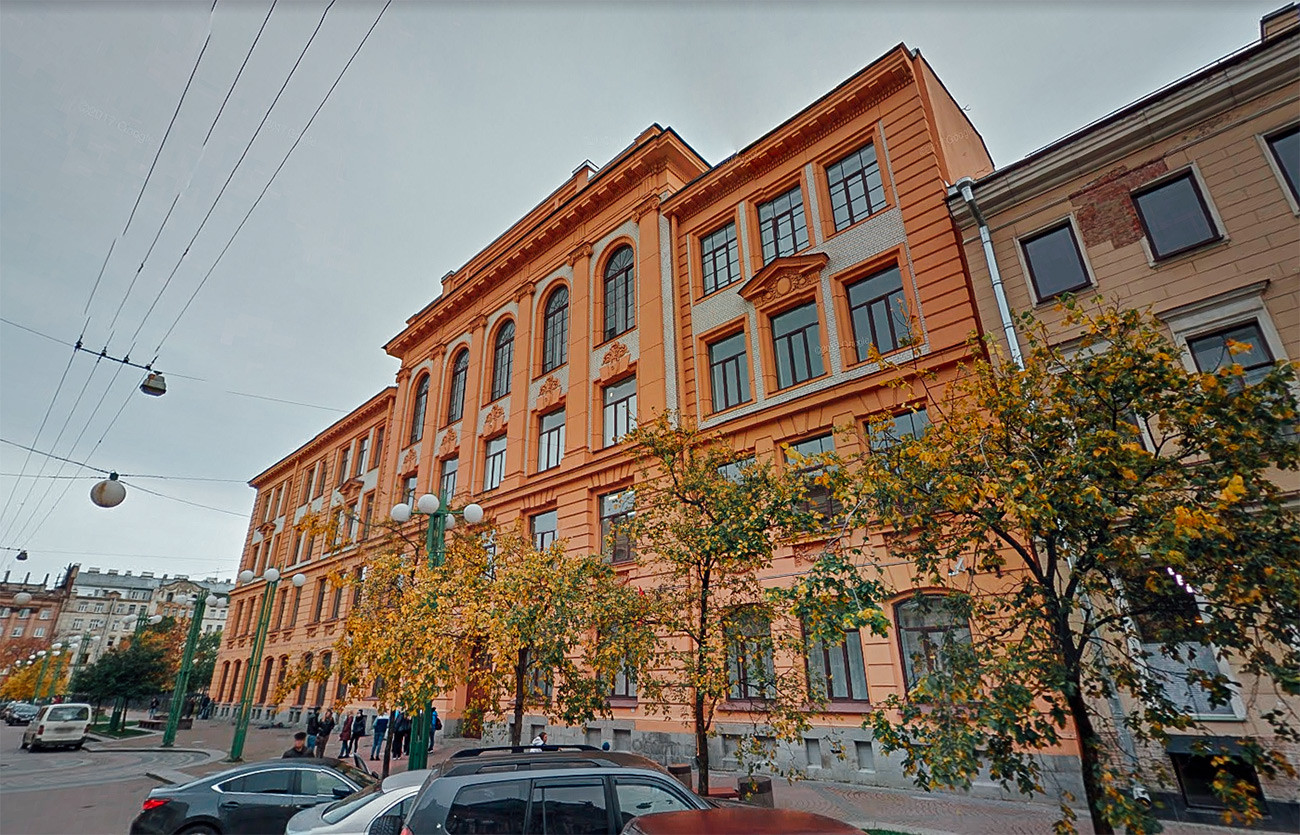 Brodsky went to five different schools. He was not a diligent student and failed several exams, including English. When he was 15 years old, Brodsky decided to drop out of school. Speaking about their school days, an old friend Olga Brodovich, said that one day someone sent Brodsky a note: "James Aldridge's new novel has just arrived at the bookstore on Liteiny prospect." In the middle of a class he got up and went out to buy the book. The teacher was shocked and when Brodsky came back to the classroom with the purchase, ordered him to bring his parents to the school for a ticking off.

The reputation of a bad student could hardly spoil his later reputation as one of the most educated people of the 20th century. One day, many years later, in the USA Brodsky sat down at a typewriter and sketched out a list of books that everyone should read: from ancient philosophers to contemporary poets. Looking at this “must read “list, it's hard to imagine that this was drawn up by a high school drop out. 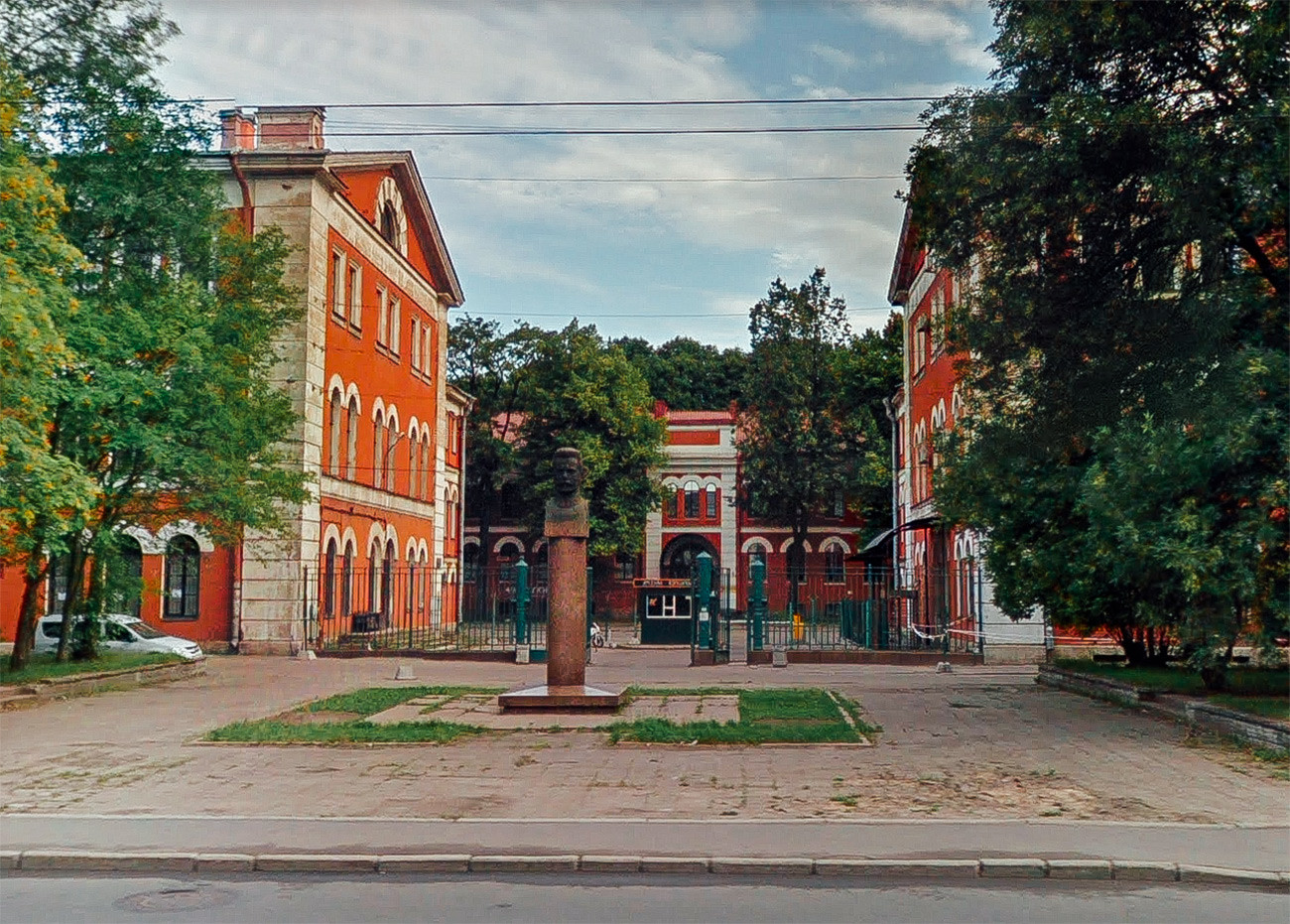 After leaving school, Brodsky got a job as a milling machine operator at the Arsenal factory. This decision was partly prompted by his wish to earn some money to support his family. 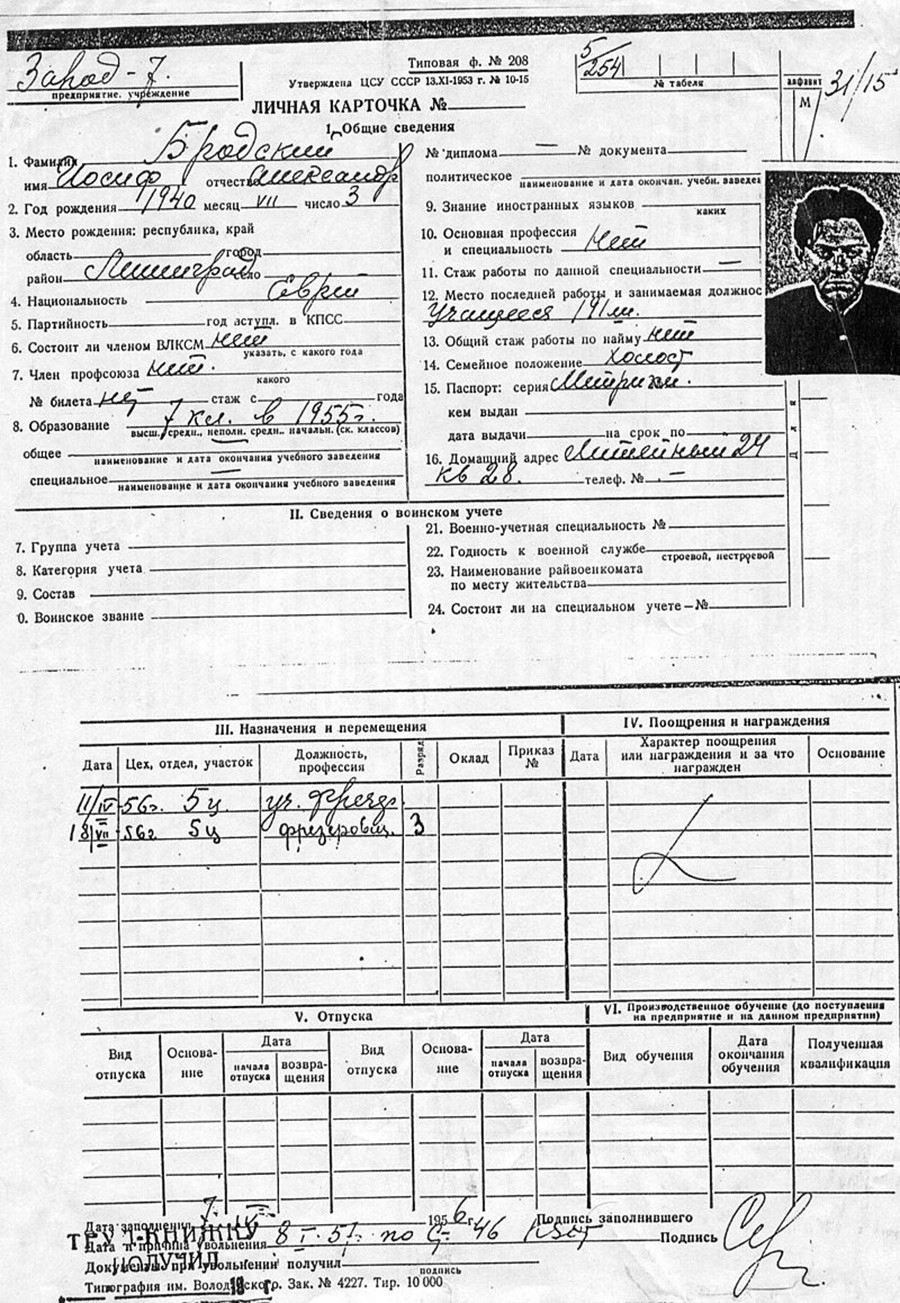 Brodsky worked here for a year only, but the industrial landscapes of St. Petersburg continued to "accompany" the poet in his creative works. 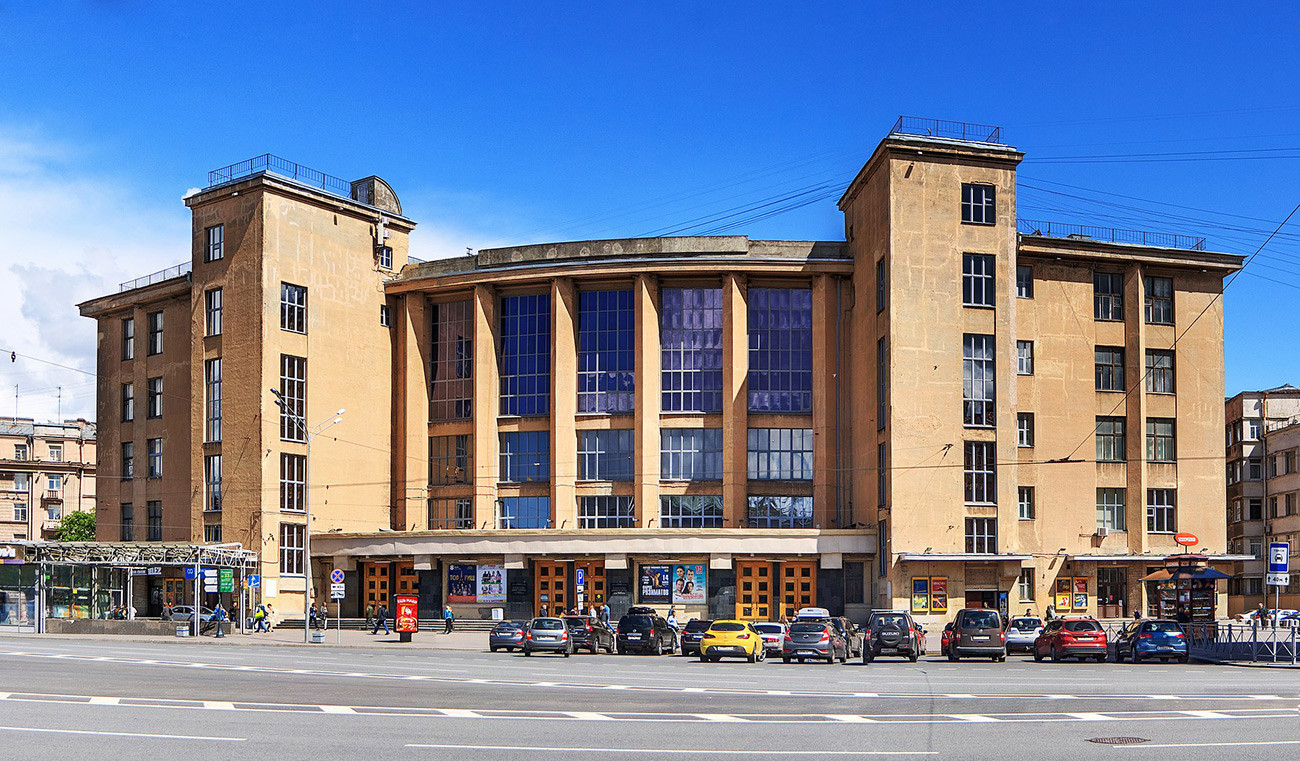 In 1960, Brodsky made his first major public appearance in a "poets' tournament" held at the Palace of culture. His declamation was a kind of protest of the Jewish poet against anti-Semitic sentiments in the USSR. Brodsky read his poem "Jewish cemetery" and its daring lines provoked a scandal:

For myself singing.
For myself hoarded.
died for others.
But first, we pay taxes,
respected police officer,
in this world, hopeless material,
tolkovaly Talmud,
remaining idealists.

Communist Party officials present were not impressed. The rebel of the self-taught poet seemed to them inappropriate and outrageous. 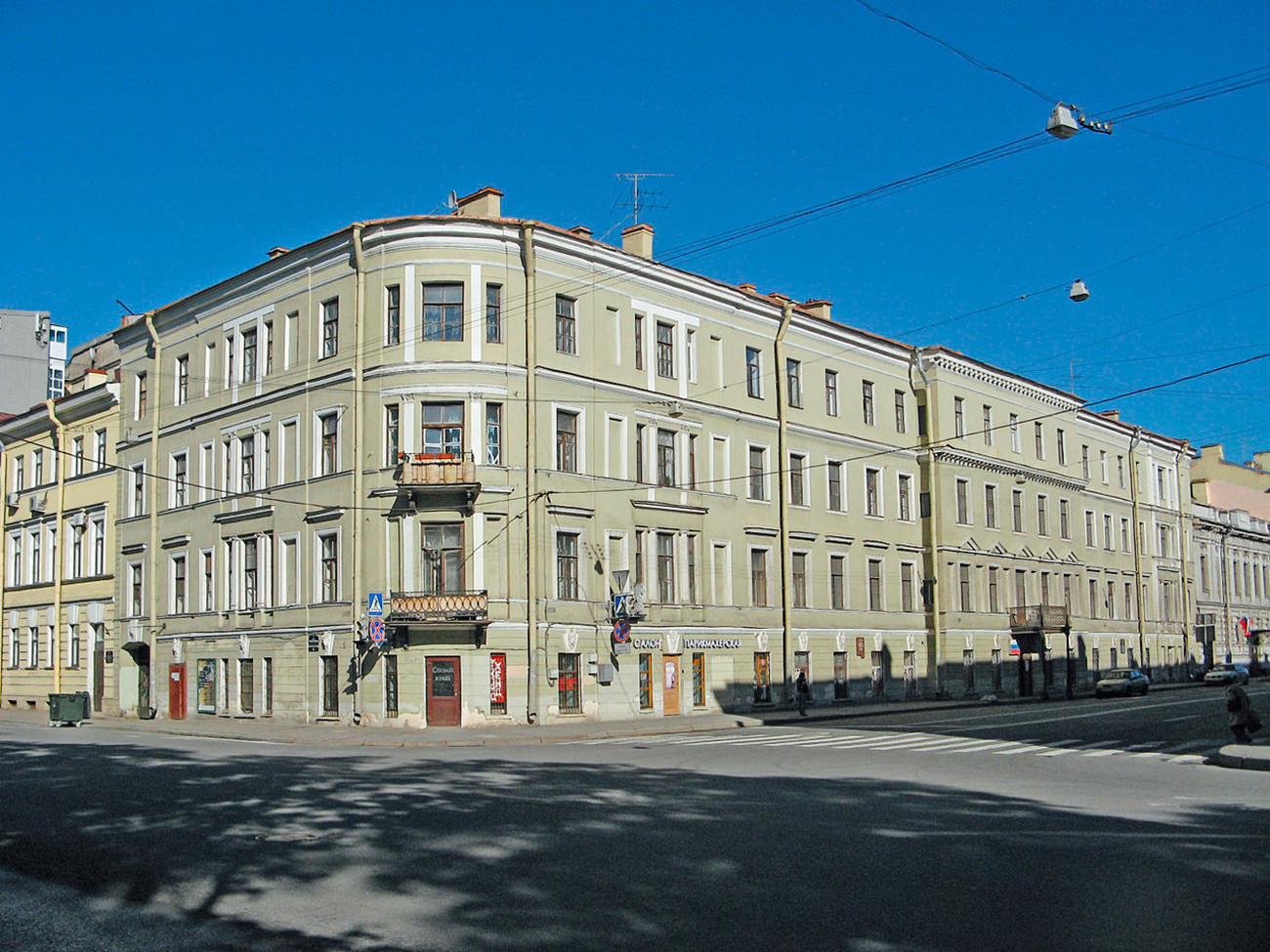 M.B. Brodsky's Russian love - a frequent subject of many of his poems - still lives in the Benois mansion on Glinka Street. The artist Marina Basmanova did not go with him to America, but they kept in touch, corresponding. Brodsky's first love is not a public person, and Andrei Basmanov, the son of the poet and the artist, does not like to be compared with his famous father. He was five years old when Brodsky left the Soviet Union. 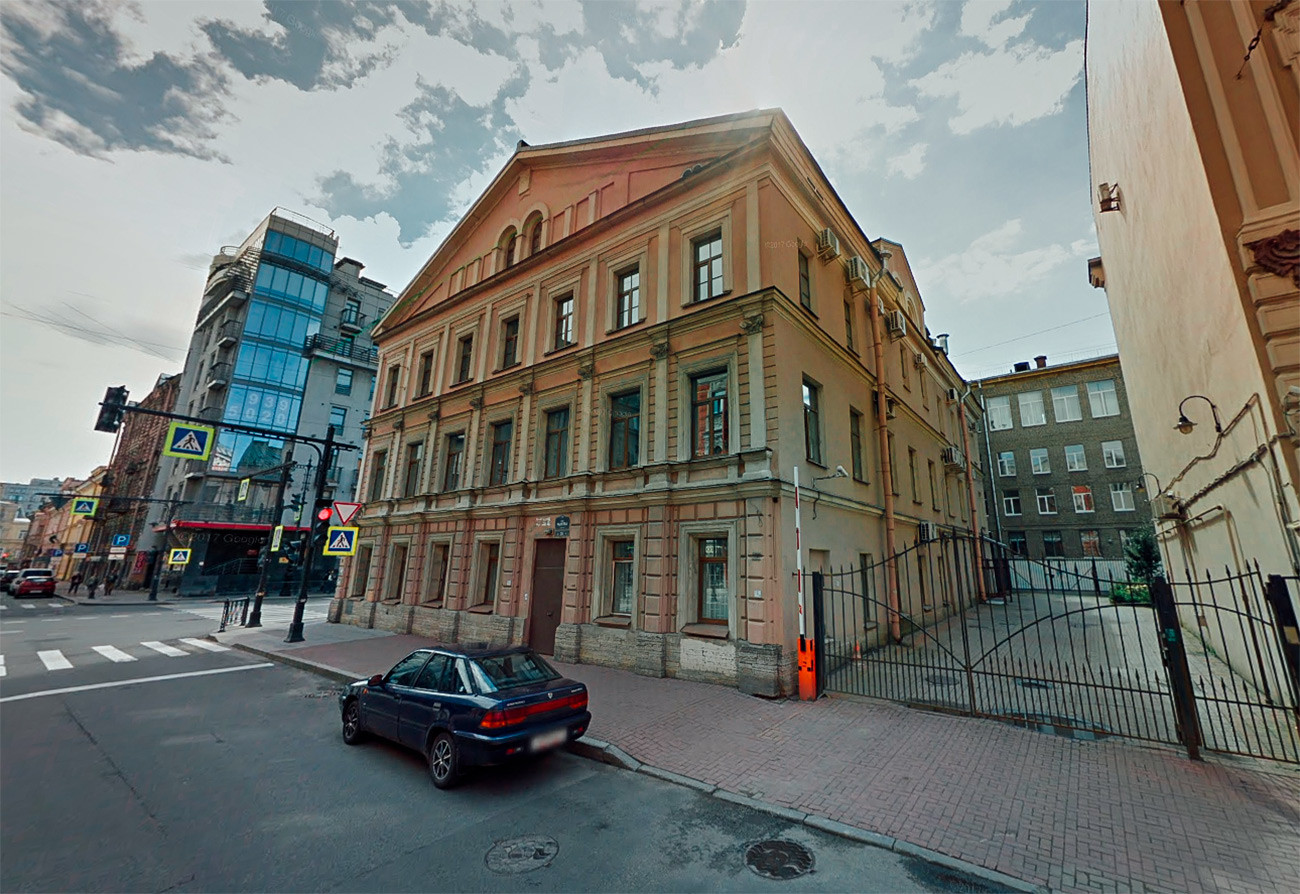 In 1964 the trial of the "parasite" Brodsky took place here. It became widely known when the writer and journalist Frida Vigdorova published transcripts of two of the court sessions. St. Petersburg intelligentsia began to spread Brodsky's witty answers in samizdat:

Judge: And, in general, what is your specific occupation?

Brodsky: A poet. A poet-translator.

Judge: And who said you’re a poet? Who ranked you among poets?

Brodsky: No one. (Unsolicited) Who ranked me as a member of the human race?

Judge: Did you study for this?

Brodsky: Study for what?

Judge: To become a poet. Did you attend some universities where people are trained . . . where they’re taught . . .

Brodsky: I didn’t think it was a matter of education. 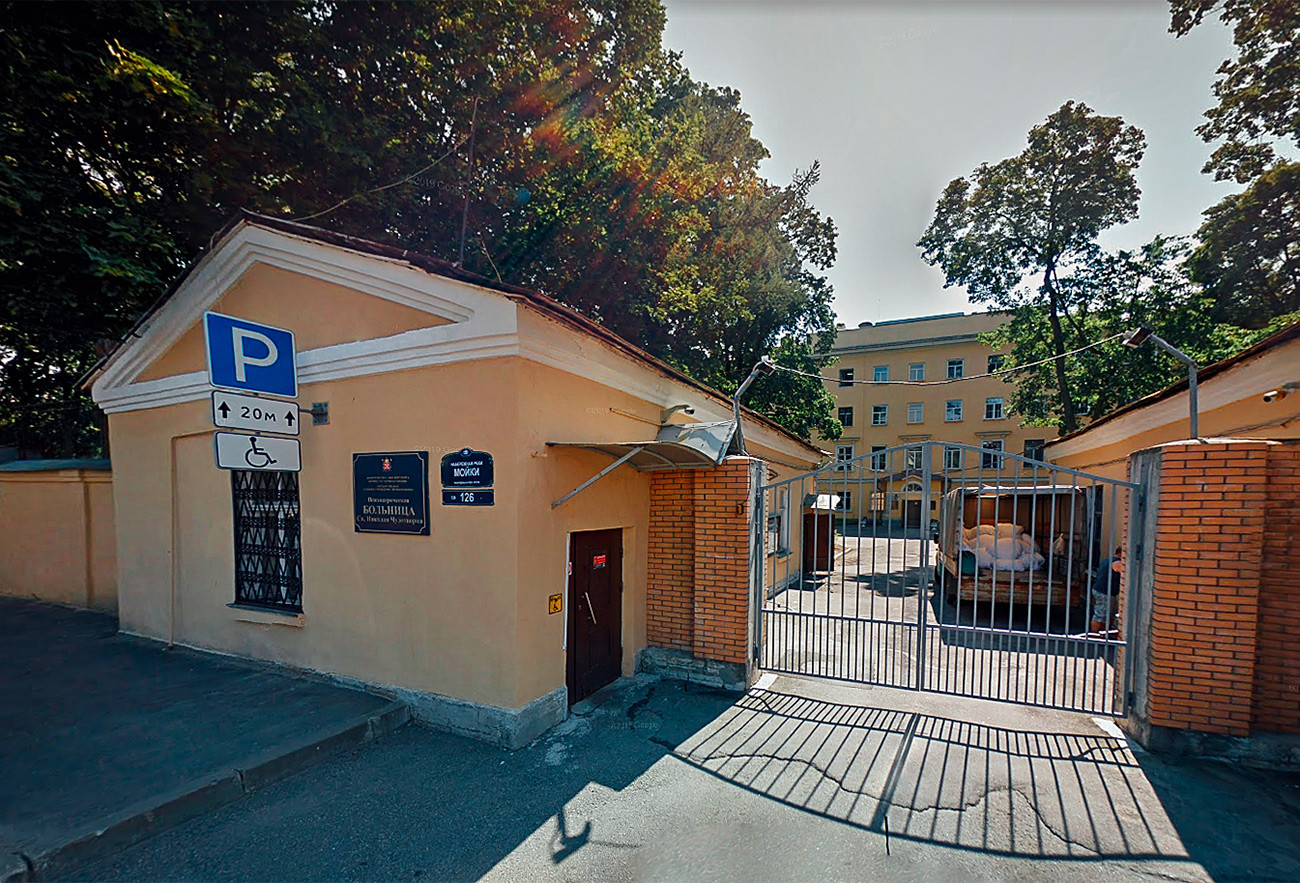 In the same year, the court sent Brodsky for compulsory psychiatric examination. He spent three weeks in the hospital and later noted "it was the worst time" in his life.

The poet wrote that sometimes he was intentionally woken up in the dead of night, immersed in an ice bath, then wrapped in a wet sheet and put next to a hot radiator.

As a result, medical examinations labeled the "parasite" Brodsky able-bodied. 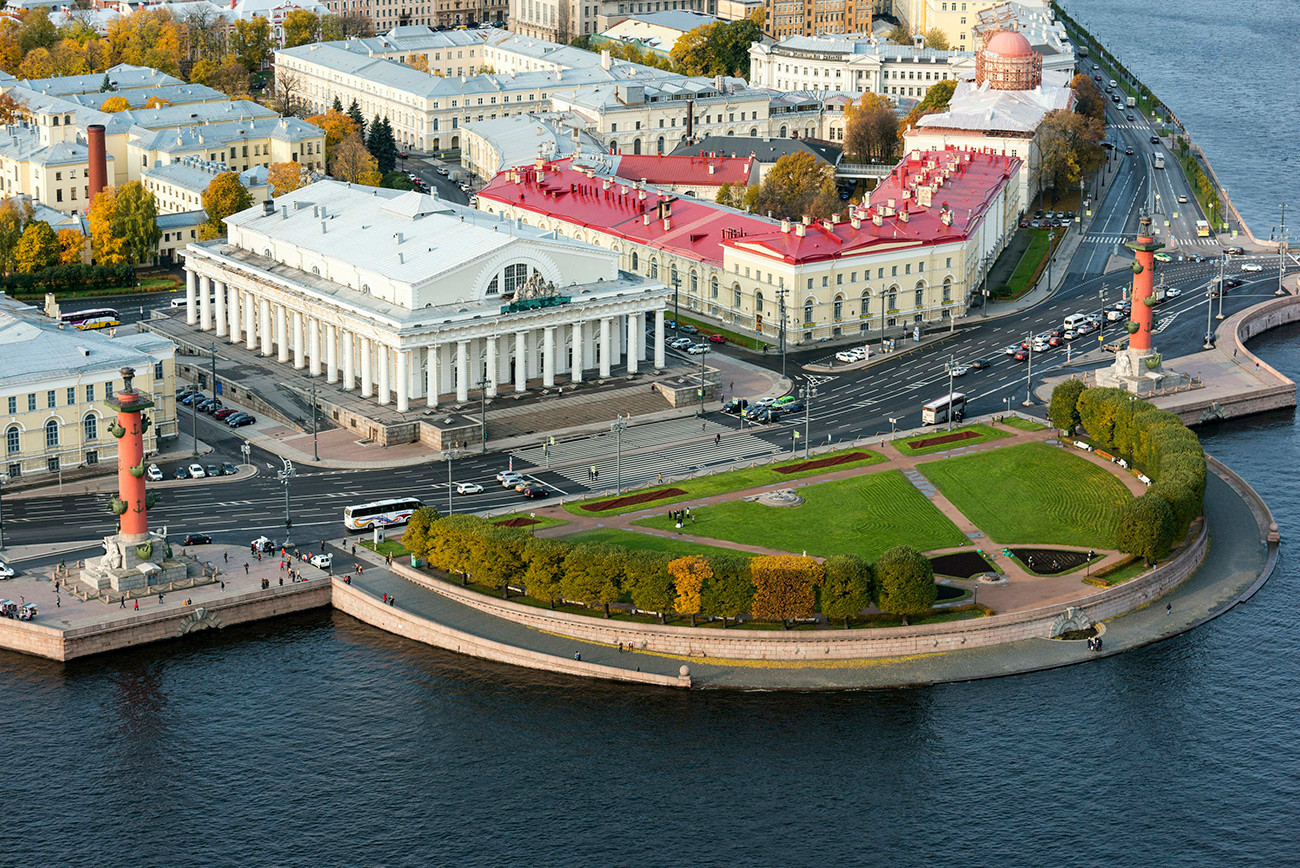 Brodsky's father, Alexander, was a military photojournalist and after WWII he continued working as a photographer in the photo laboratory of the Naval Museum. At that time the museum was located in the former Stock Exchange building on the Spit of Vasilievsky island (now the building belongs to the State Hermitage Museum, and the Naval Museum has moved to the Kryukov barracks). Joseph visited his father there rather often, and when he was busy, the boy liked to wander in and around the museum’s surroundings. In 1962, at the beginning of his career in poetry, Brodsky recalled this place in a poem, which became one of the most recognizable in his poetic heritage:

I don’t want to choose
Neither country nor graveyard
It’s Vasilievsky Island
Where I’ll come back to die.

Brodsky wrote these lines a decade before he left for America.