Tolstoy in Moscow: Top 7 places linked to the great writer

Travel
Alexandra Guzeva
Pavel Kuzmichev; Getty Images
If you’re a fan of War and Peace with a soft spot for Anna Karenina, and have already seen all the main sights in Moscow, we suggest you take a walk in the footsteps of the man who wrote them. 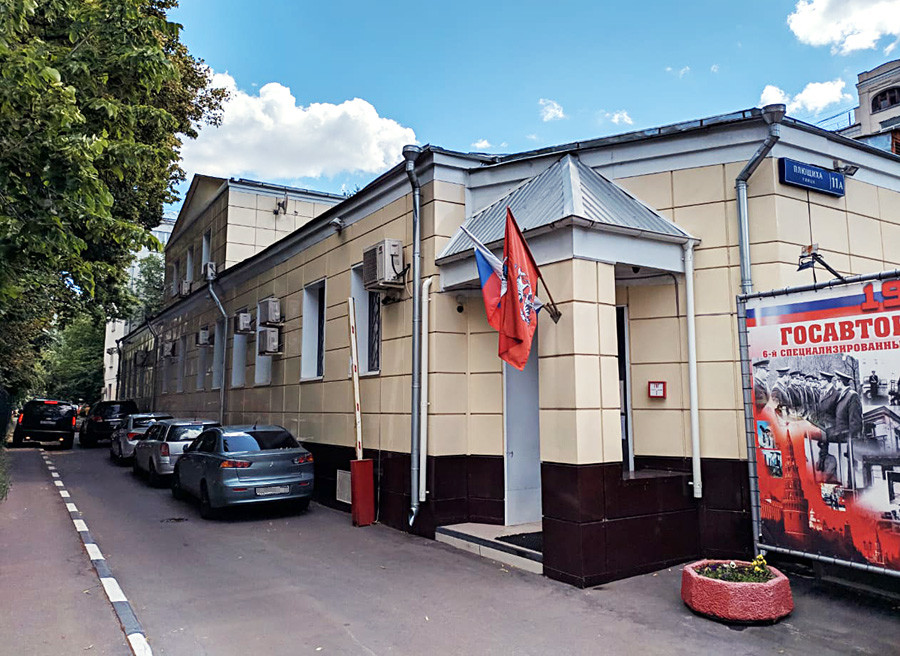 Tolstoy was born in the Tula Region, at the Yasnaya Polyana family estate, and visited Moscow for the first time in 1837, at the age of eight, when one of his elder brothers was preparing to enter the university there. The details about this period are sketchy to say the least, but it is believed that the Tolstoy family stayed in this house. In the autobiographical story Childhood, the hero also leaves his native climes and village life for the first time and travels to Moscow.

Soon, news of the death of Tolstoy’s father arrived from Yasnaya Polyana, and the youngest children, including Leo, returned to the village. But Moscow had already worked its magic on the little Tolstoy, especially the Kremlin (a delight that was reflected later in War and Peace).

2. Town mansion of the Ivanovs 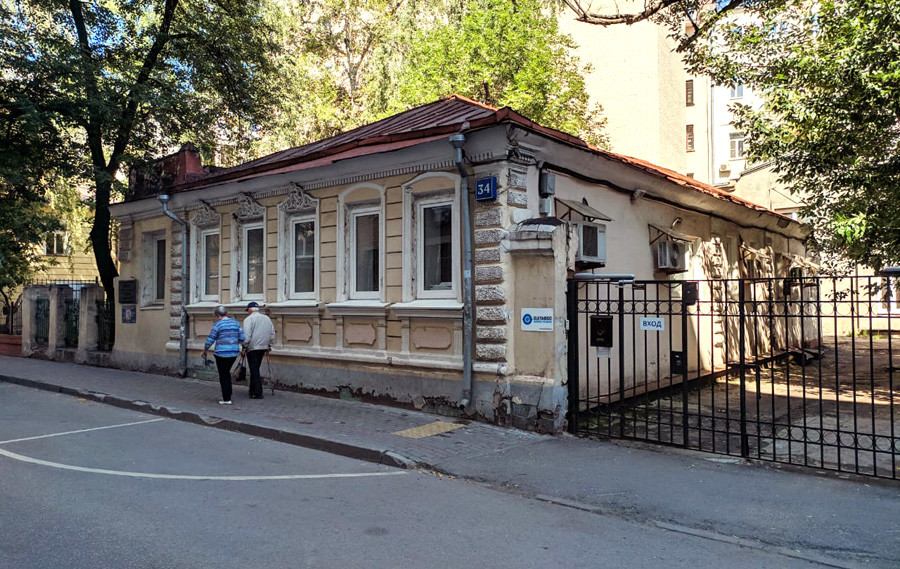 The summer of 1837 was pretty much the only one that Tolstoy spent in the city – henceforth he only visited Moscow in the winter. In 1848 and 1850-1851, Tolstoy rented an apartment in the house of a certain titular counselor’s wife by the name of Ivanova. Here, the ideas for his first works start to crystallize, and it is here that he pens A History of Yesterday and begins work on Childhood.

Today, it seems that Tolstoy was born a long-bearded moralizer, so it’s hard to imagine that this period of his life was full of endless gambling and gallivanting. 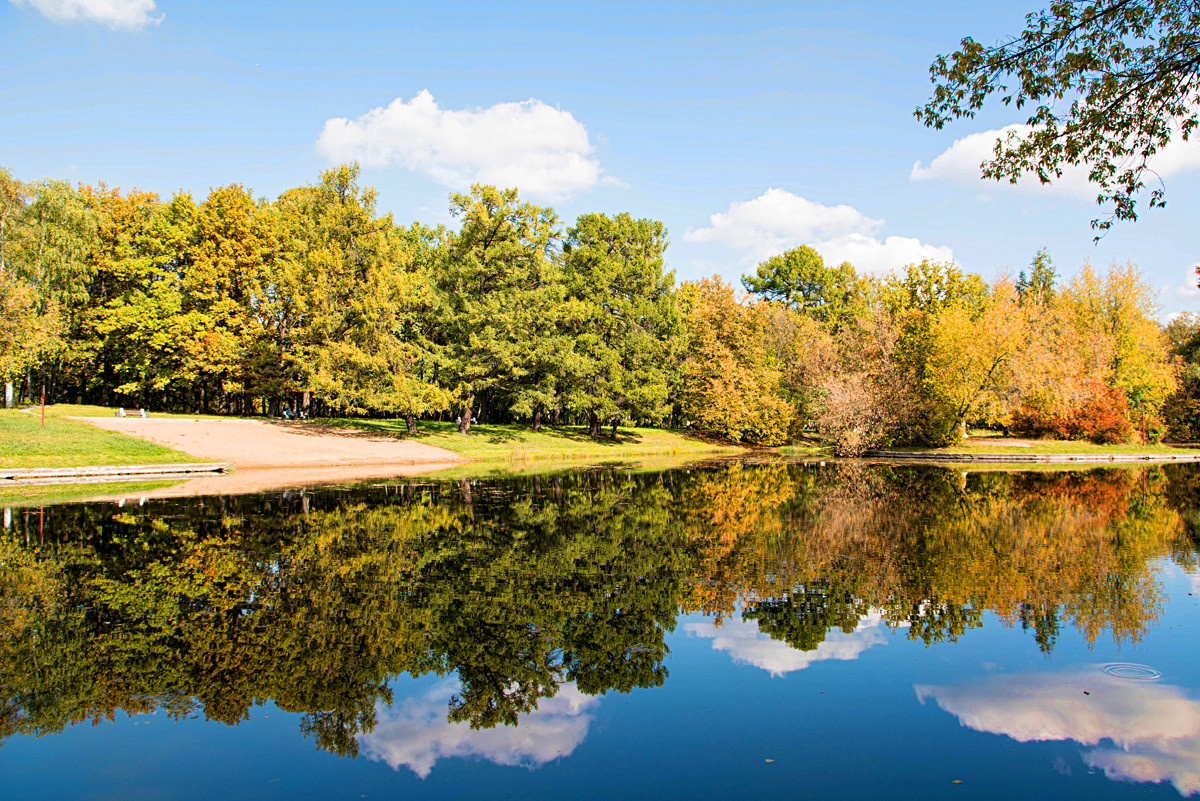 Ever since the time of Peter the Great, Moscow’s German community arranged festivities for May 1, when the day was associated with the onset of spring, not labor, as in Soviet times. The tradition was adopted from the German expats by Muscovites themselves (Chekhov even wrote a story called Strolling in Sokolniki).

Tolstoy loved the place. It is known that he and his elder brother Nikolai went on a drinking spree in Sokolniki on the night of May 1, 1851. The next day, Tolstoy followed his brother to the Caucasus on military duty.

Incidentally, the Sokolniki forest is the venue for the duel between Pierre Bezukhov and Dolokhov in War and Peace. Bezukhov’s wife, the beautiful Hélène, cheats on him with Dolokhov, and the whole of high society can speak of little else. To everyone’s surprise, especially his own, Pierre suddenly challenges the notorious swashbuckler to a duel, despite barely knowing how to hold a gun.

4. Office-house of the Vargin merchants 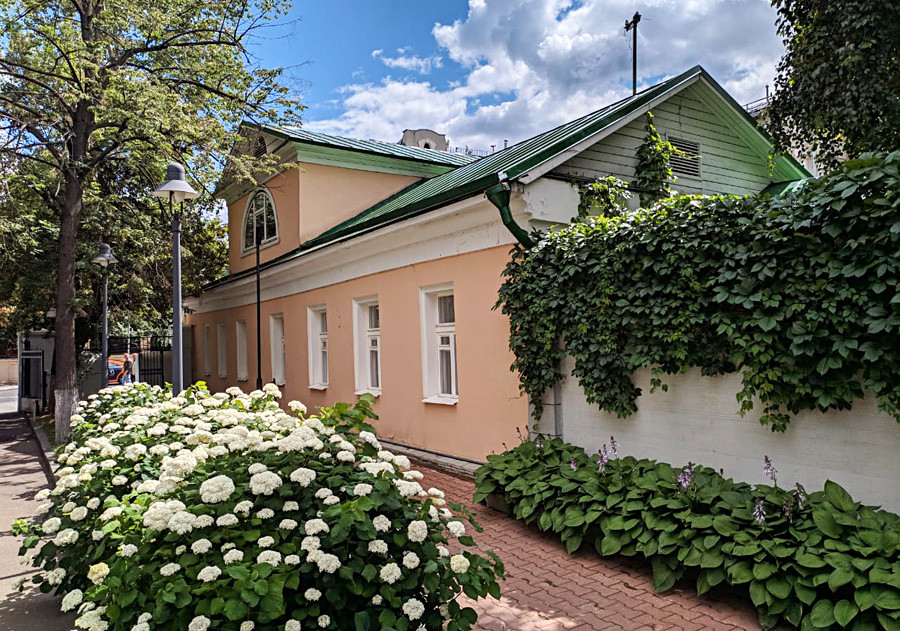 Tolstoy rented this house back in 1857-58, now a seasoned veteran of the Crimean War, including the heroic defense of Sevastopol. By this time, Tolstoy was known as a writer, one whose works included the trilogy Childhood, Adolescence, and Youth, as well as the Sevastopol Sketches.

As such, the house on Pyatnitskaya street became a focal point for Moscow’s literati, and among the frequent guests were playwright Alexander Ostrovsky and poet Afanasy Fet. Today, the building houses the Tolstoy Center, a branch of the Tolstoy State Museum (the exhibition is dedicated to the writer’s wife, Sofia Tolstaya). 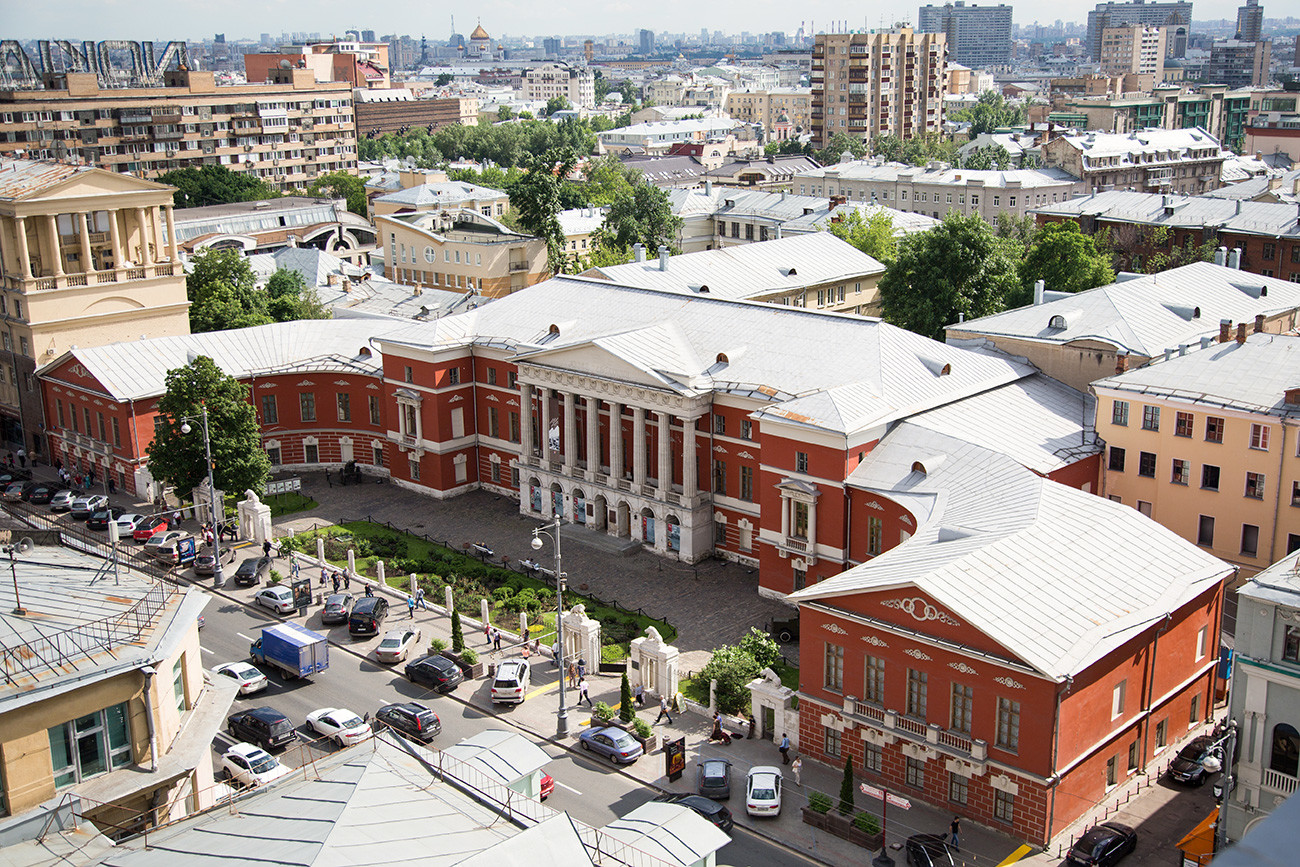 Tolstoy often visited this bright red mansion on Moscow’s main thoroughfare. It was a very fashionable, high-society haunt with an eye-watering membership fee. In Anna Karenina, the writer calls the club a “temple of idleness,” and also describes it in War and Peace. However, in the years when the novel is set (early 19th century), the club was housed in other premises – the equally luxurious mansion of the Gagarin princes on Strastny Bulvar street. 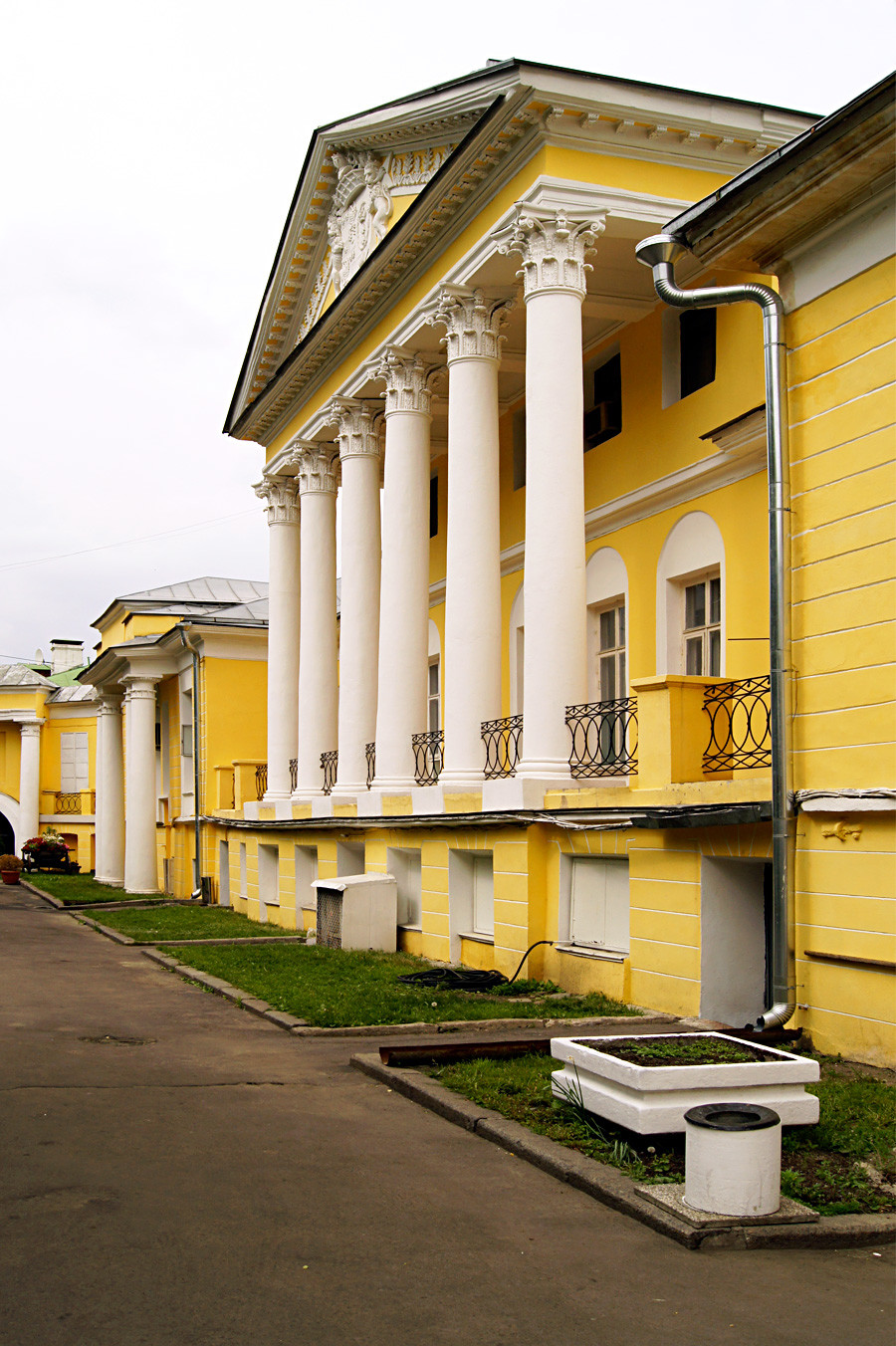 This house is considered to be the blueprint for the Rostov Estate in War and Peace – there is even a plaque on the wall from Soviet times.

Back in Tolstoy’s day, it was inhabited by the Bode-Kolychevs, a French noble family who had emigrated to Russia during the French Revolution. Tolstoy was related to them and often attended balls and social events organized by the family. 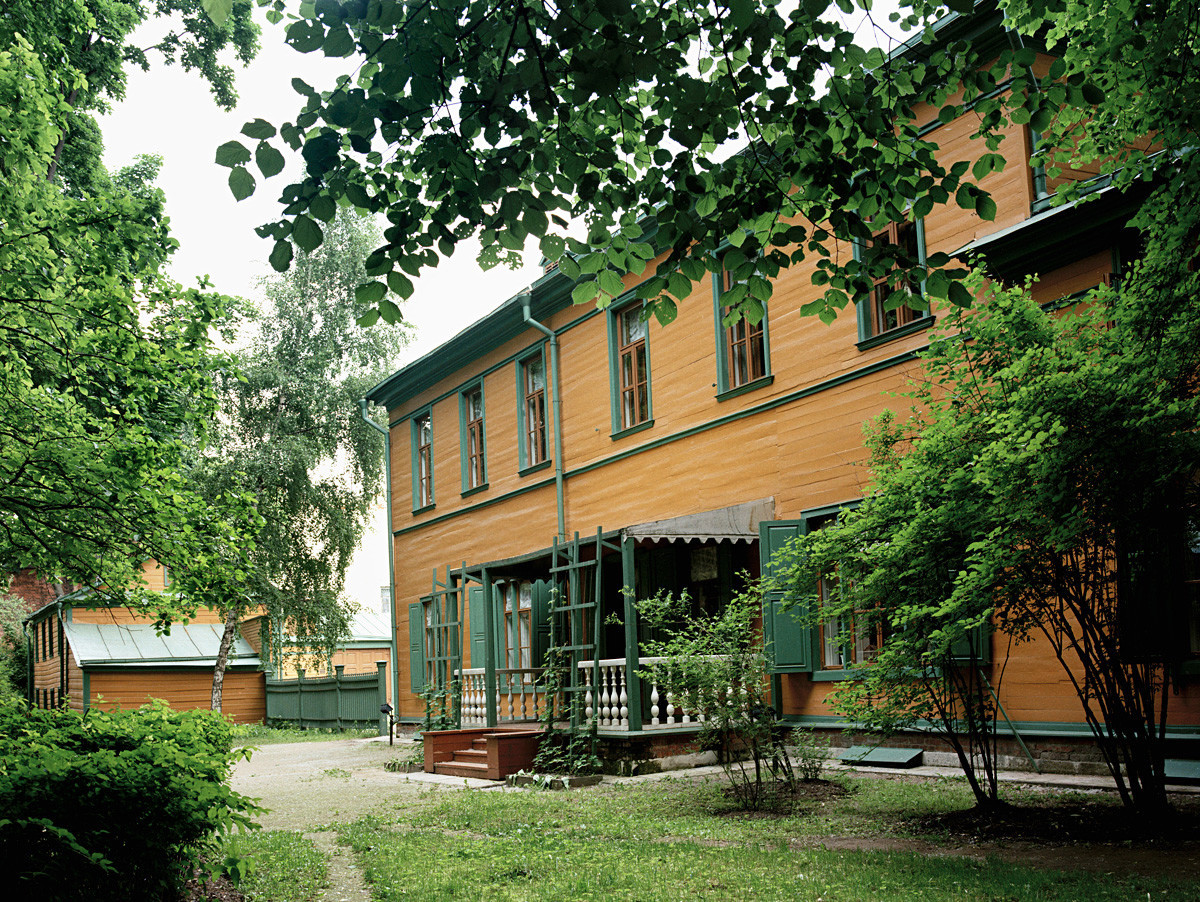 Each visit to Moscow upset the emotional balance of Tolstoy’s village life. When he came to the city in childhood, the young Leo realized for the first time that there was another life besides the one at home with his family, and that people existed who were indifferent to his problems. Here, now over 50, Tolstoy experienced a profound spiritual crisis, which had been ripening for some time already, causing him to rethink his entire belief system. “What happened to me was that the life of our circle — the rich, the educated — not only became repulsive to me, but also lost all meaning,” he wrote in his short work Confession in 1879.

In 1882, the Tolstoys bought their first and only property in Moscow in the shape of Khamovniki Estate. The purchase was largely to save money on renting accommodation during the winter months. The house became one of the city’s cultural hotspots, with Russia’s most eminent writers, composers, musicians, and critics all coming to visit Tolstoy.

These days, it houses the Tolstoy Estate-Museum. 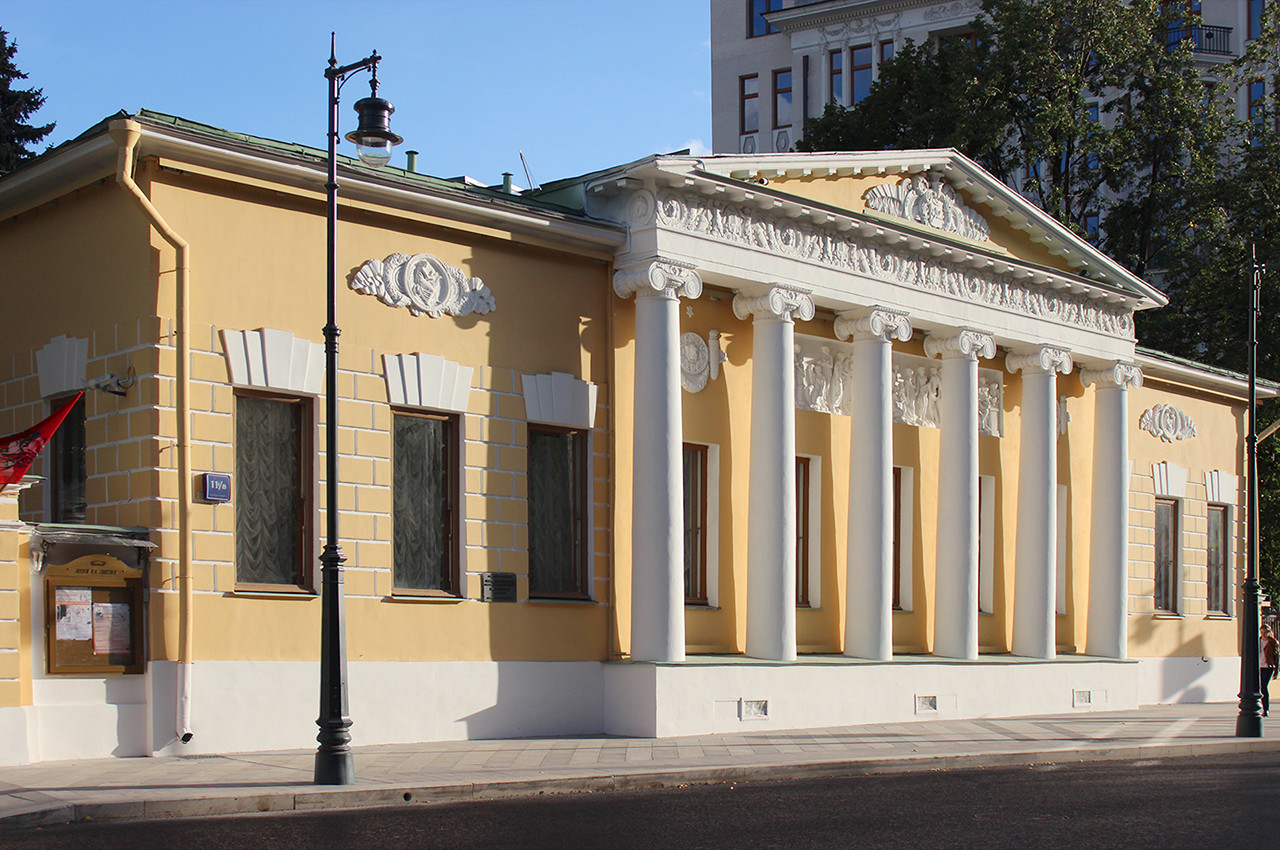 Interestingly, the building that today hosts the main literary exposition dedicated to Tolstoy (the Leo Tolstoy State Museum) was never even set foot in by the writer. It is just that in 1920 the Bolsheviks allocated this Empire-style mansion for the museum.