Leo Tolstoy through the eyes of Ilya Repin (PICS)

Culture
Alexandra Guzeva
The great artist produced over 20 portraits, studies and sketches of the great writer. Let's take a look at this creative symbiosis. 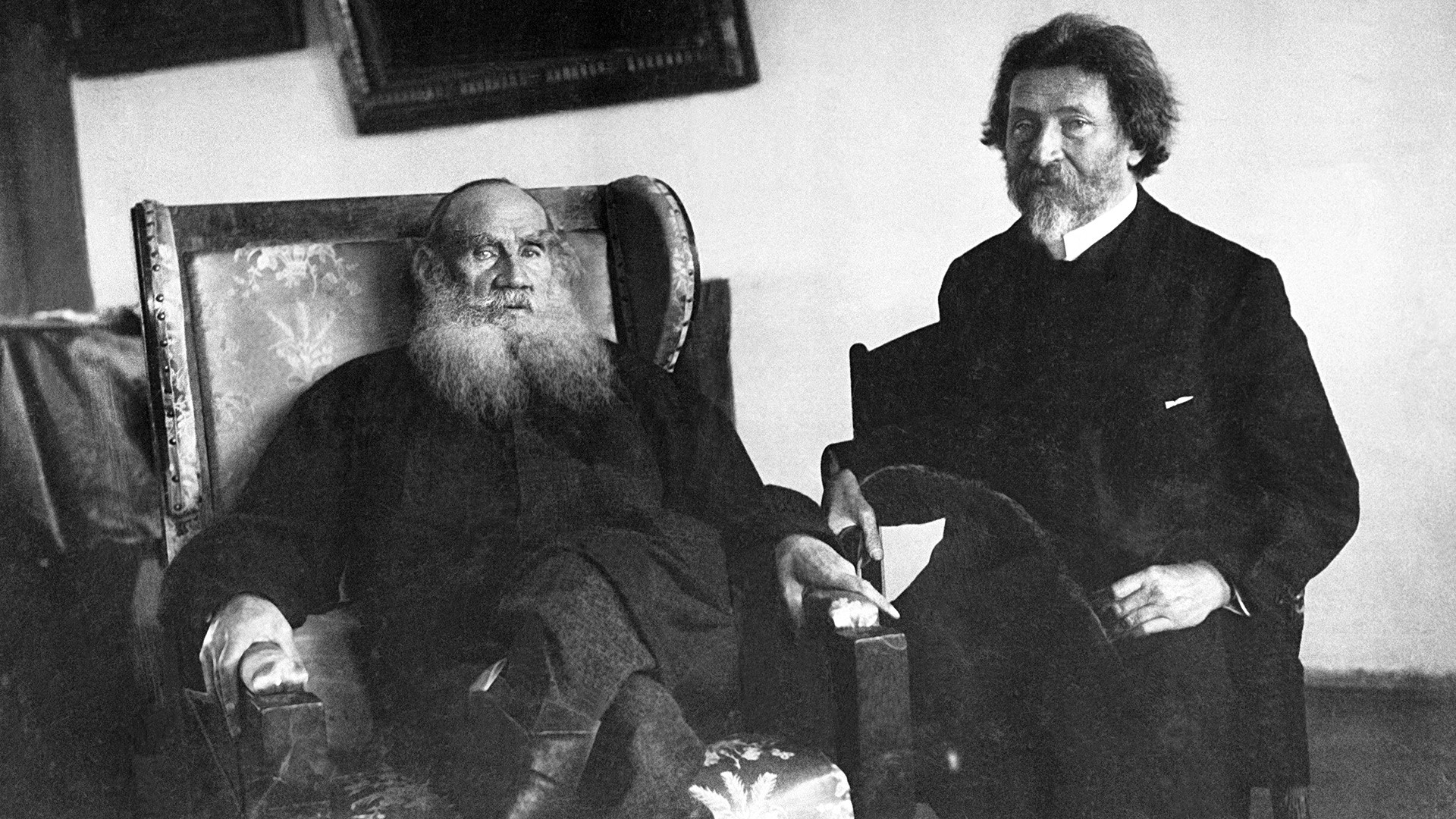 It was a long-standing friendship and, at the same time, the two men argued about everything. There was mutual admiration and influence, but there were also irreconcilable disagreements on matters of art, for instance.

Twelve portraits, 25 drawings, eight sketches of family members, 17 illustrations to the writer's works and three plaster busts are the total number of works by Repin linked to Leo Tolstoy, according to Repin scholars. 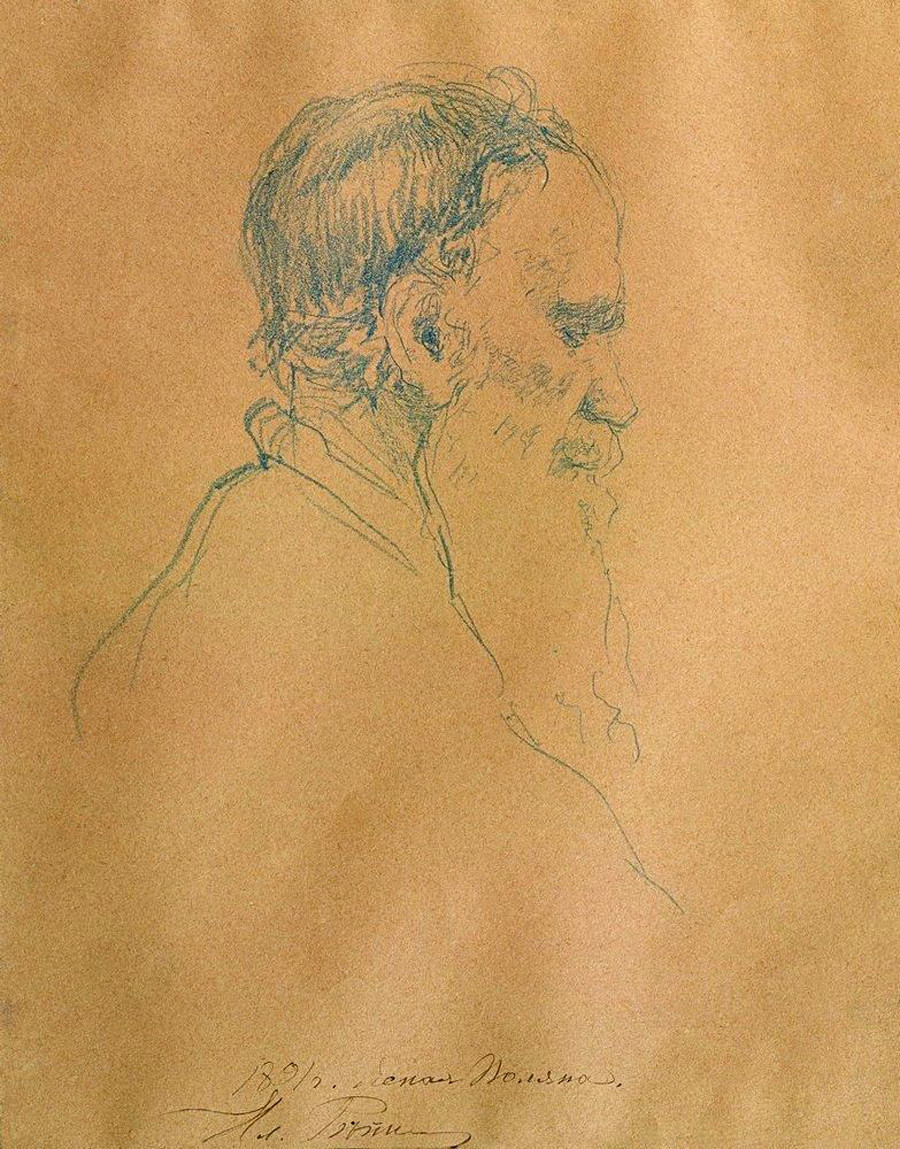 Repin and Tolstoy met in Moscow in 1880. At the time Tolstoy was already not only a prominent writer but was also in a state of "spiritual quest", re-assessing the values and achievements of his earlier years. It was Tolstoy who came to the studio of the relatively young artist (Tolstoy was 52, and Repin 36).

In his reminiscences From My Acquaintanceship with Leo Tolstoy, Repin says: "Leo Tolstoy. Is it really? So that's what he's like! I knew only his portrait by Ivan Kramskoy and until then had imagined Leo Tolstoy to be an eccentric gentleman, a count, tall, dark-haired, and his head not so big…" 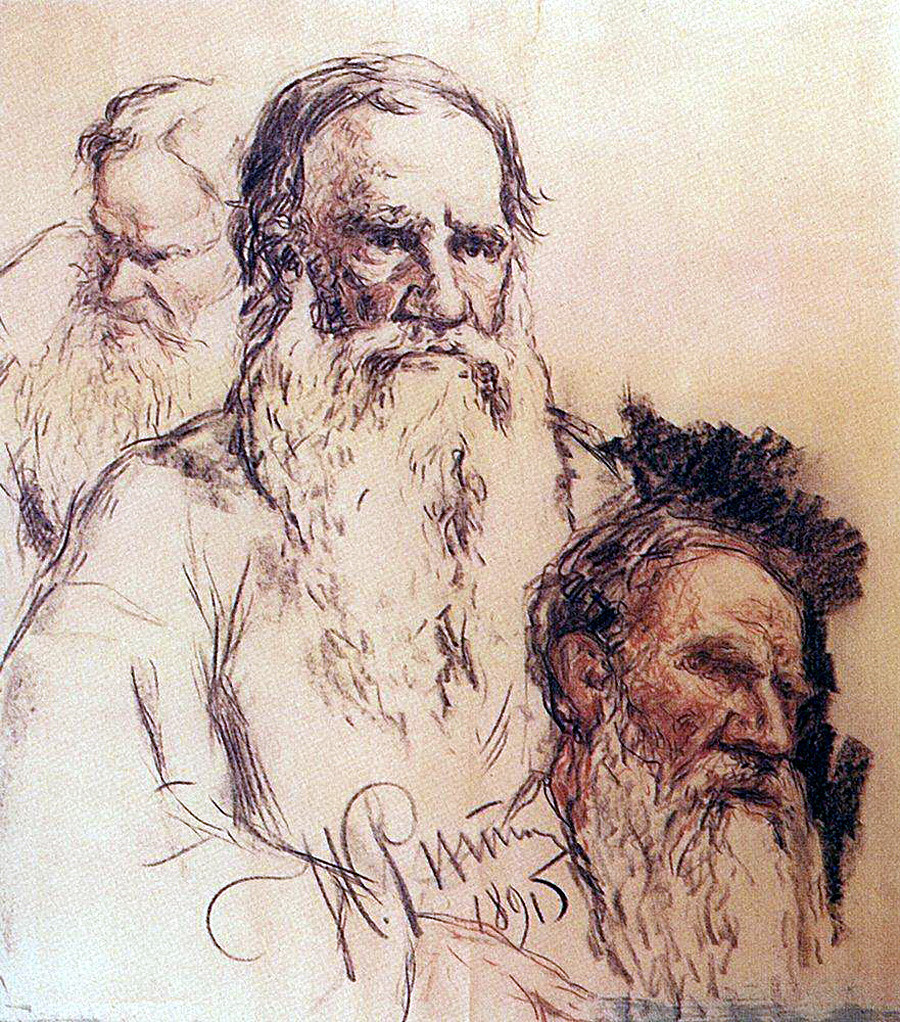 Repin recalled that the writer had spoken in a deep and sincere voice, and gave a moral sermon on how people had become indifferent to the horrors of life and followed a road of debauchery.

"The lamp on the table was already lit, and there was a gloomy and mysterious premonition in the air. It seemed we were on the eve of the Last Judgement… It was both novel and terrifying…" 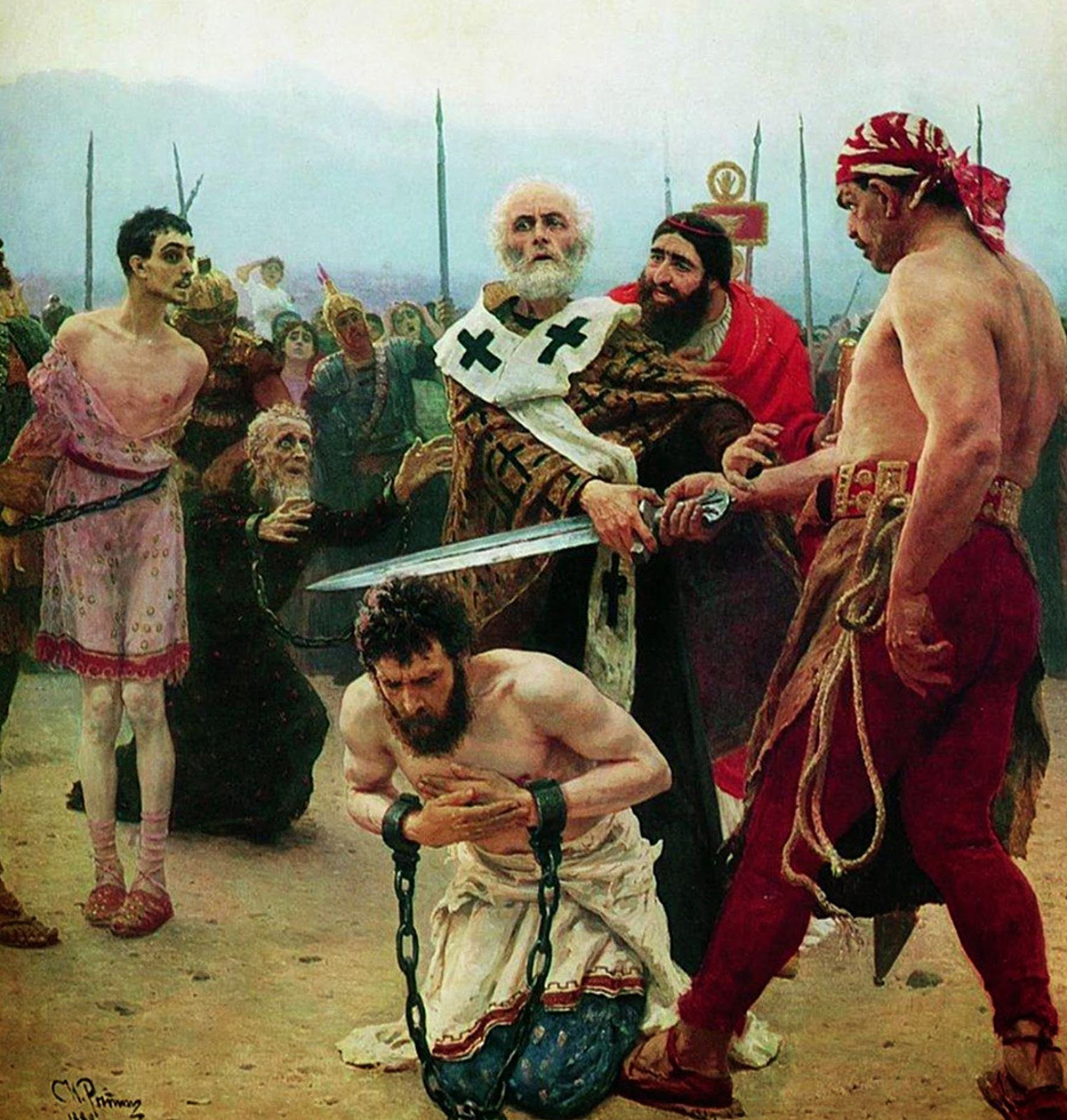 After the meeting Repin volunteered to accompany the writer home. Subsequently, they'd meet almost daily and go for walks, engaging in long conversations. Repin was so impressed by everything Tolstoy said, and he wrote that "afterwards I couldn't sleep, with my head spinning from his (Tolstoy's) merciless condemnation of obsolete forms of living".

The writer's sermon on the abolition of the death penalty inspired Repin to paint Saint Nicholas of Myra Saves Three Innocents From Death. (According to one theory, St. Nicholas in Repin’s painting - a grey-haired bearded man adorned with crosses – was Tolstoy himself) 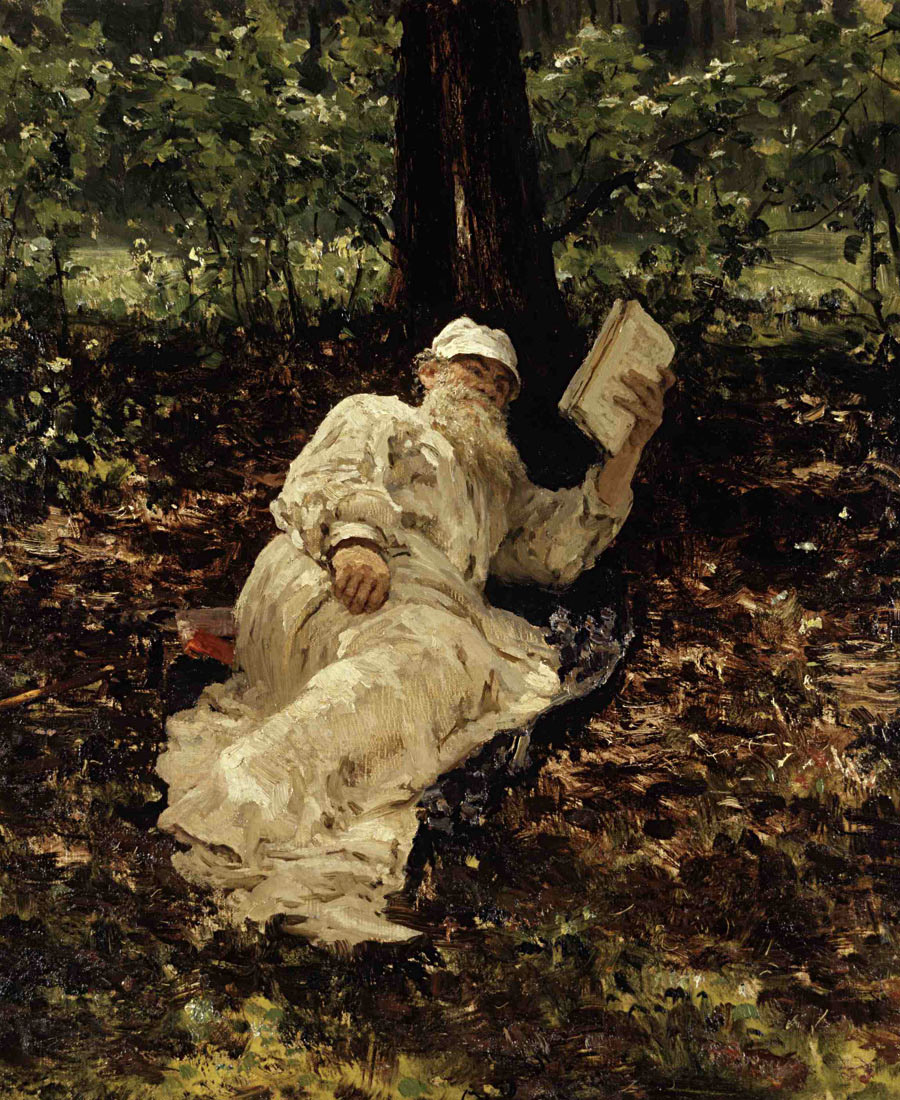 This meeting left a very strong impression on Repin, and he wrote to critic Vladimir Stasov that he felt like a young boy near Tolstoy and wanted to listen to him forever. "My God, what an all-embracing soul this Tolstoy has! Everything that has been born, and lives and breathes, the whole of nature – all this is truthfully reflected in him, without the slightest falsehood and, once read, remains before your eyes forever…" 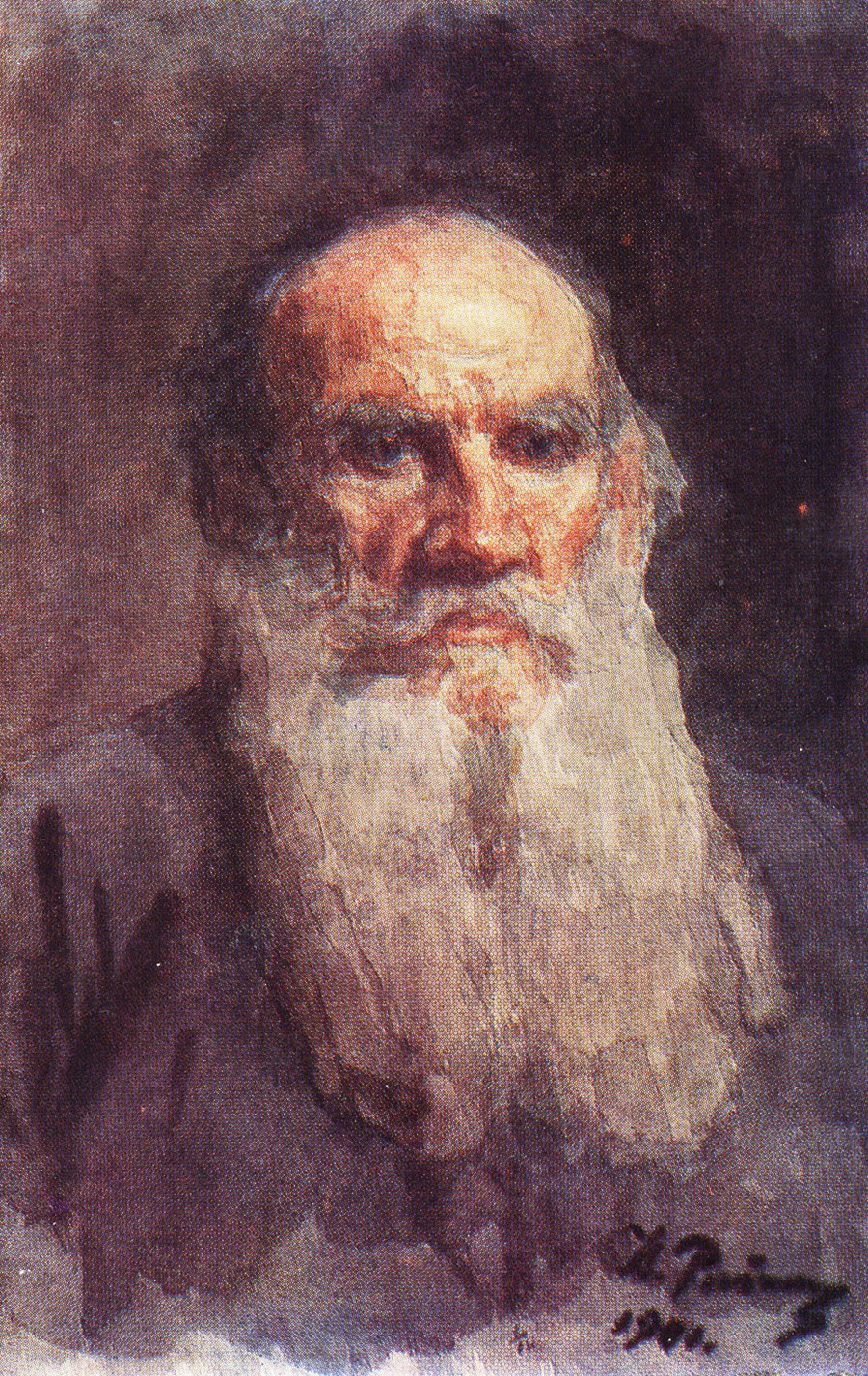 Tolstoy also expressed an opinion of the painting, The Zaporozhian Cossacks, which the artist was working on. Tolstoy found it frivolous, which deeply upset the artist, who temporarily abandoned the painting. Some time later, however, Repin couldn't resist finishing the painting, and it became one of his most famous masterpieces. 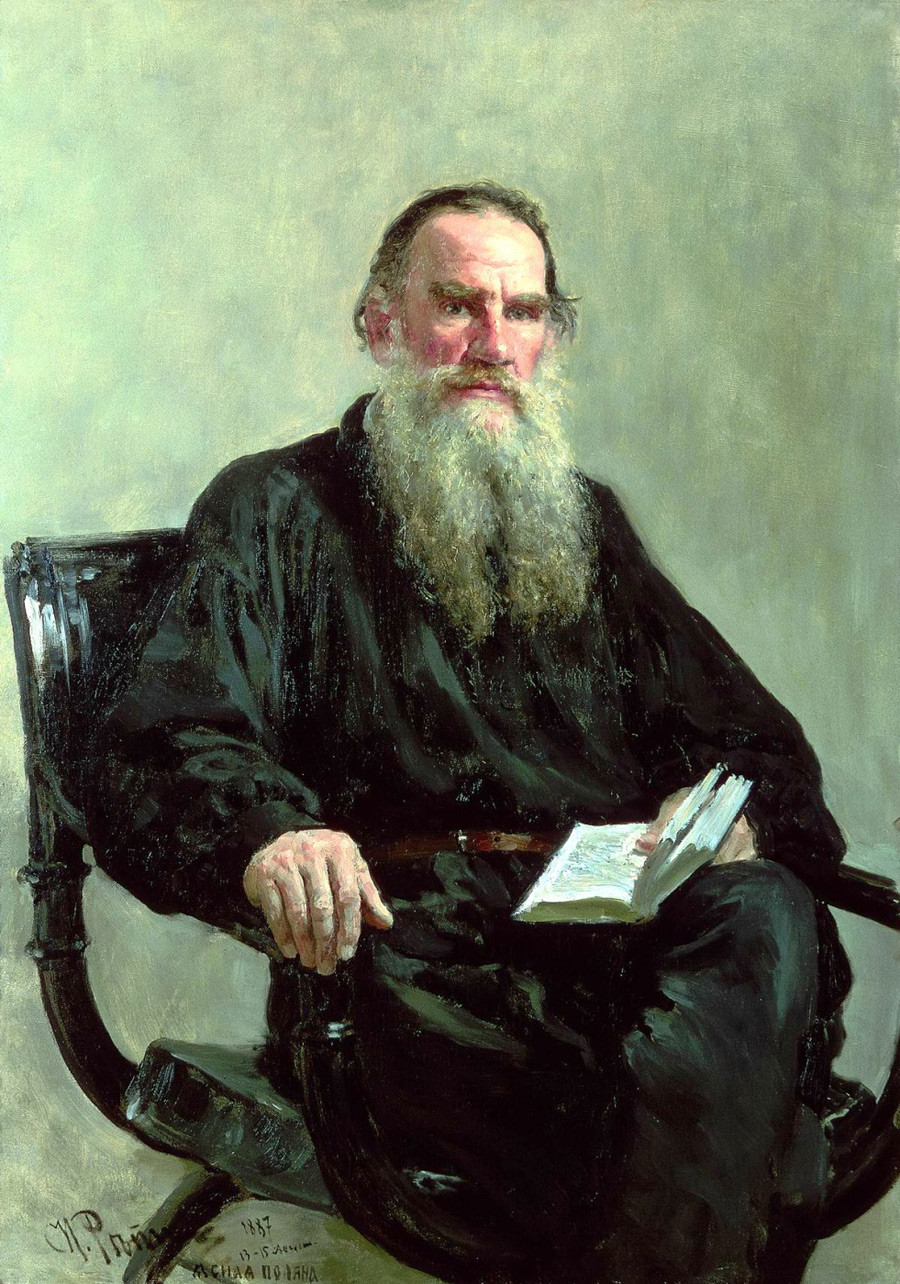 Portrait of the Writer Leo Tolstoy, 1887

Repin often visited Leo Tolstoy at his house in Khamovniki in Moscow. For a long time, however, he didn't make a portrait of the writer, instead merely observing him and constructing a mental image. He only painted his first portrait of Tolstoy in 1887 when he visited the writer at his estate in Yasnaya Polyana. 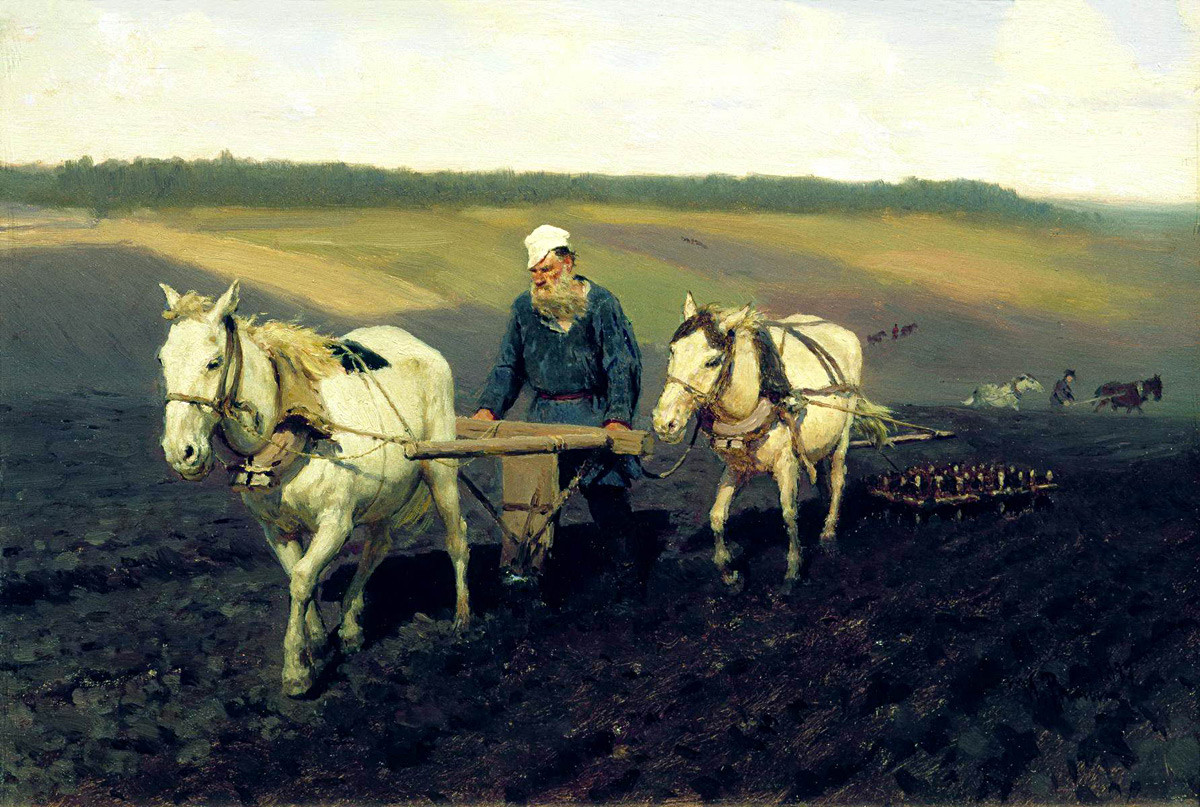 Leo Tolstoy in a Ploughed Field, 1887

Repin stayed there for a week and made several sketches, depicting Tolstoy in his study, reading, walking, talking to peasants and ploughing a field. Repin wrote how on a hot day in August, when the heat was at its peak, Tolstoy ploughed the black fertile soil for six hours, without a break. "I had a sketchbook with me and, without losing any time… was sketching details every time the whole 'cortege' passed by…" 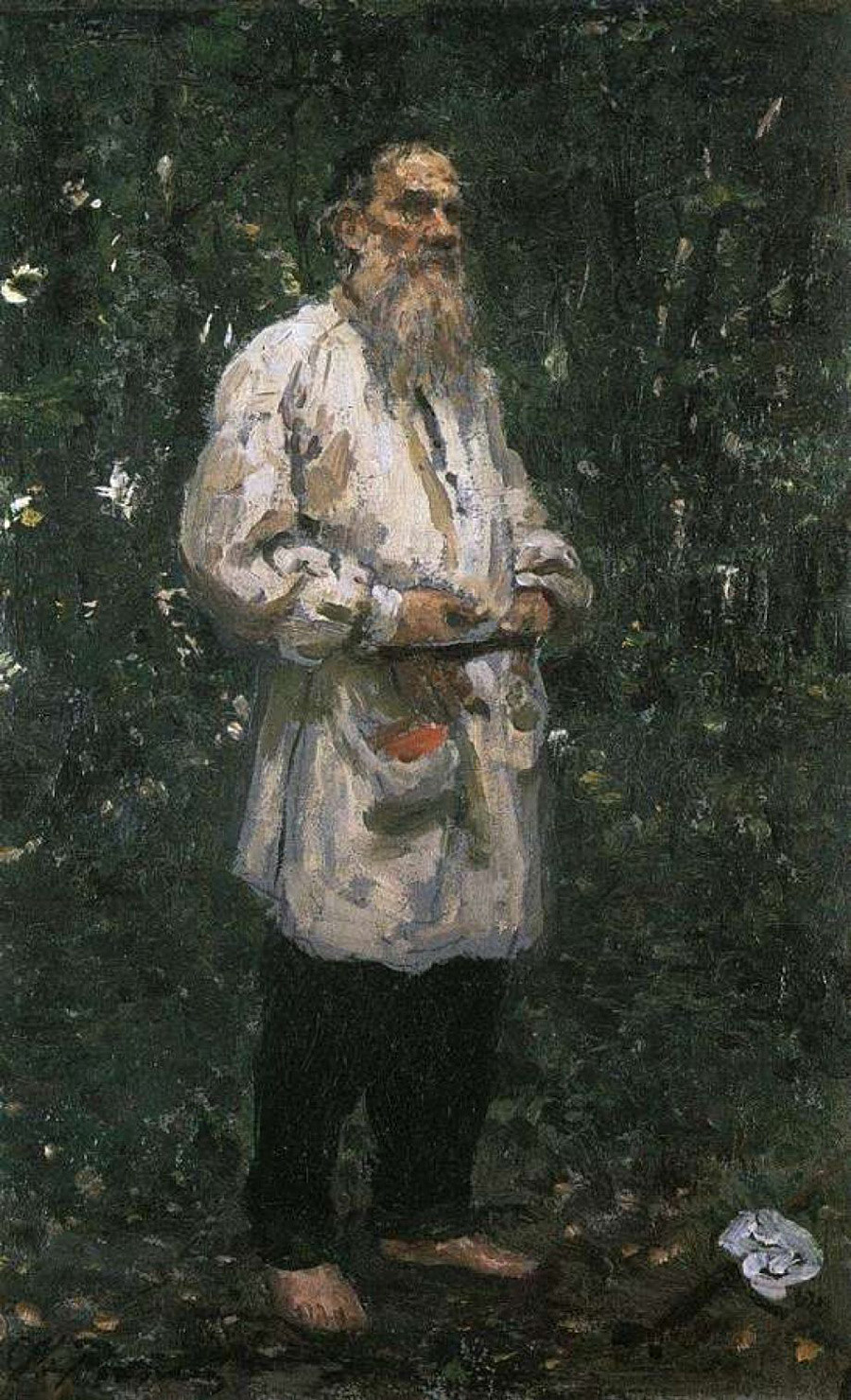 Leo Tolstoy Barefoot. Study for a portrait of the same title, 1891

When collector Pavel Tretyakov learned that Repin had gone to Yasnaya Polyana he lamented that he couldn't tell the painter his thoughts about the portrait beforehand. He also wanted the writer "to be left to posterity in full length, and definitely in the open air and in the summer". 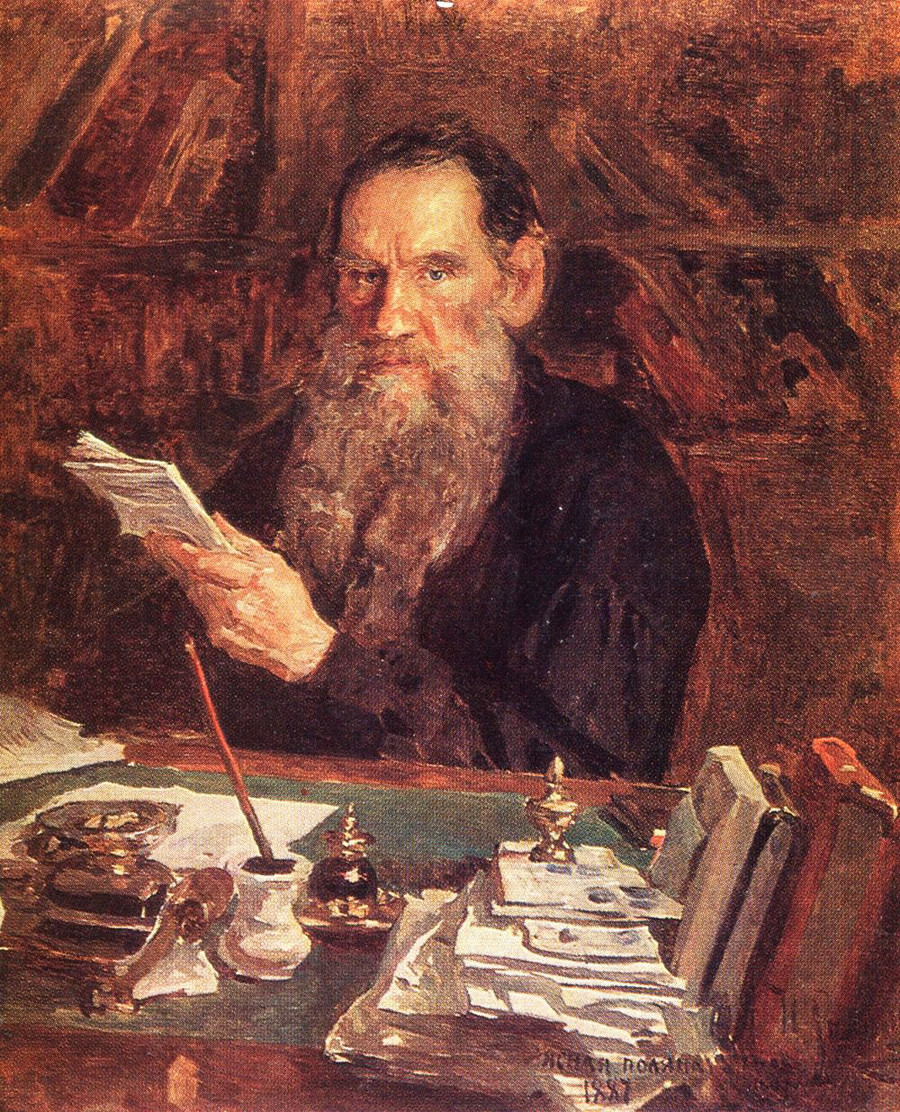 Leo Tolstoy in his Study at Yasnaya Polyana, 1887 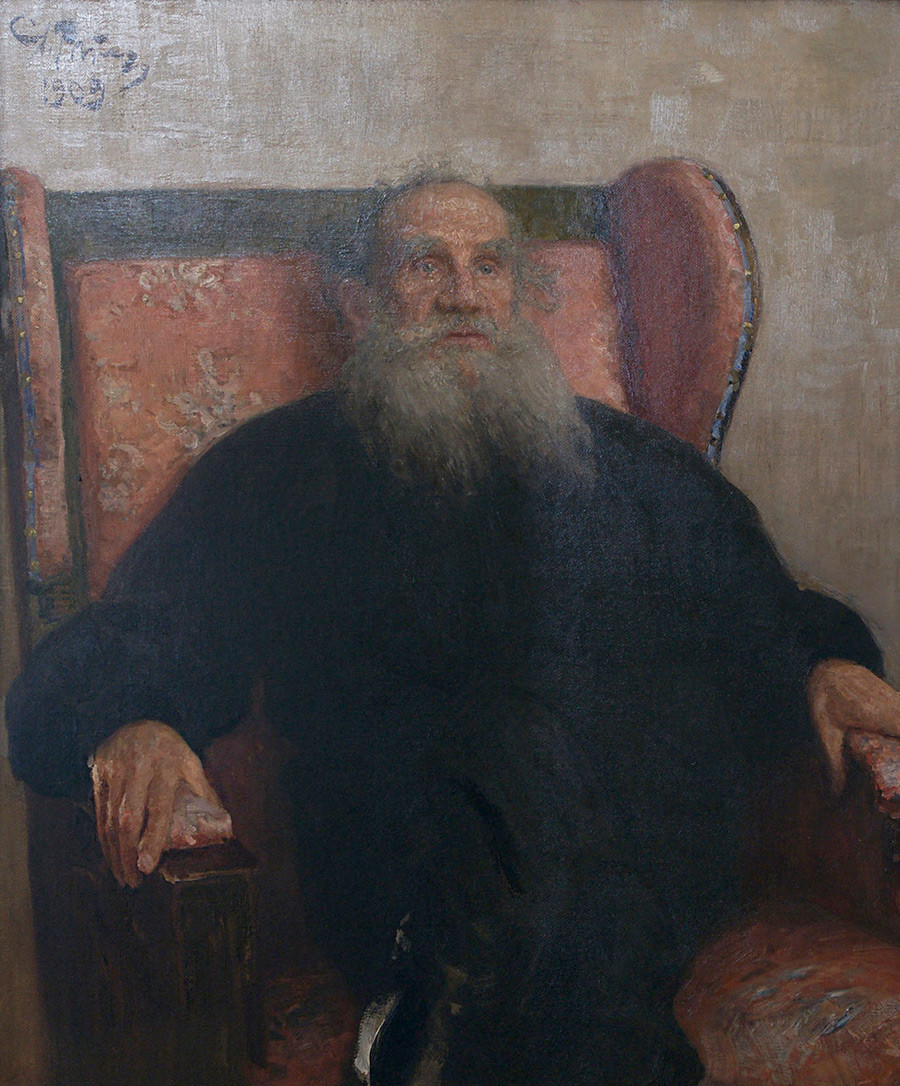 Tolstoy, who hated posing, steadfastly endured sitting for the portrait and wrote fondly of Repin in a letter to his friend Vladimir Chertkov: "We have – it will be a week tomorrow – Repin staying with us and painting my portrait. It takes up my time but I am pleased and like him very much, he is a very good and serious person". And in other letters Tolstoy said that he held Repin in high esteem and liked him. 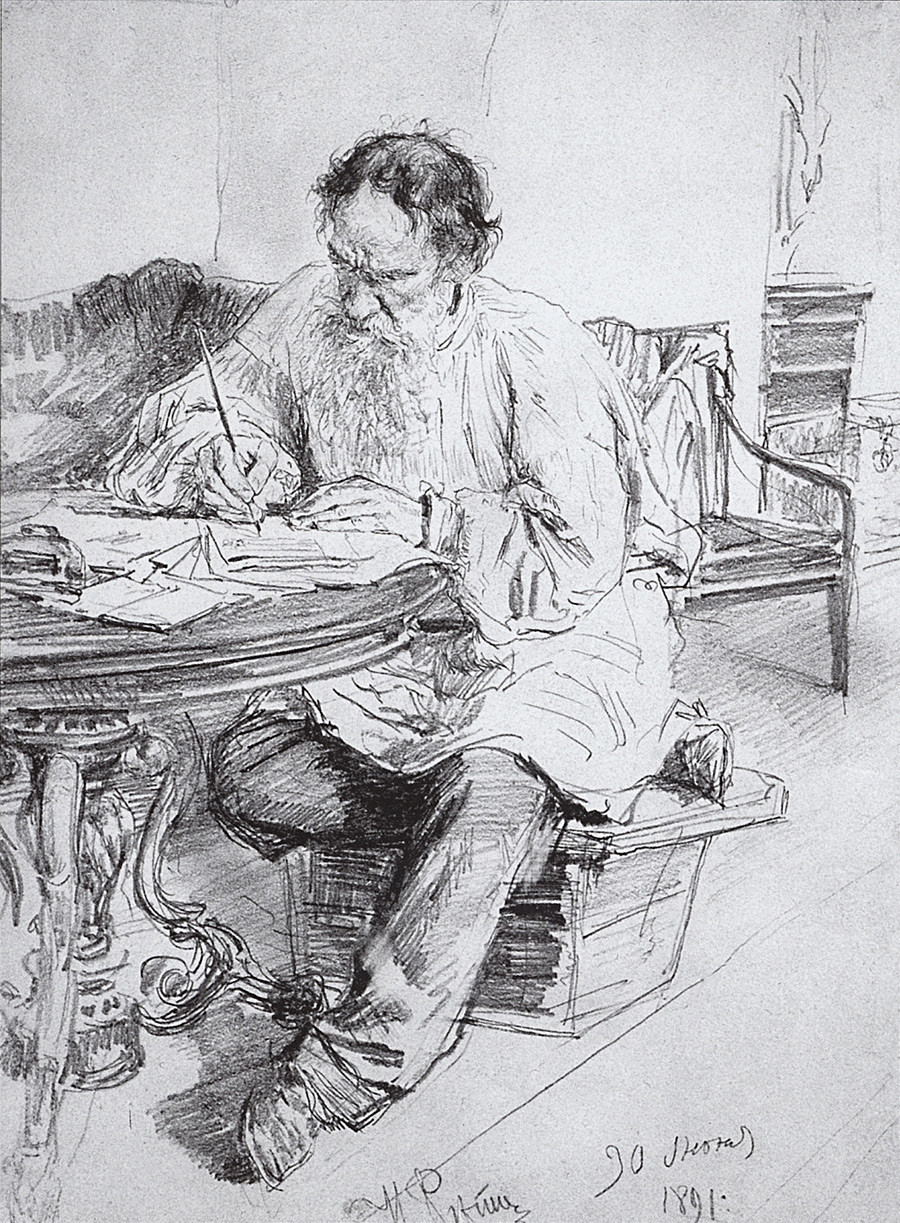 Leo Tolstoy Working at the Round Table, 1891

Repin visited Yasnaya Polyana often and completely fell for his charm. The influence of the "strong and inspired" personality of Tolstoy was unshakeable, and he accepted everything the writer said as the ultimate truth. 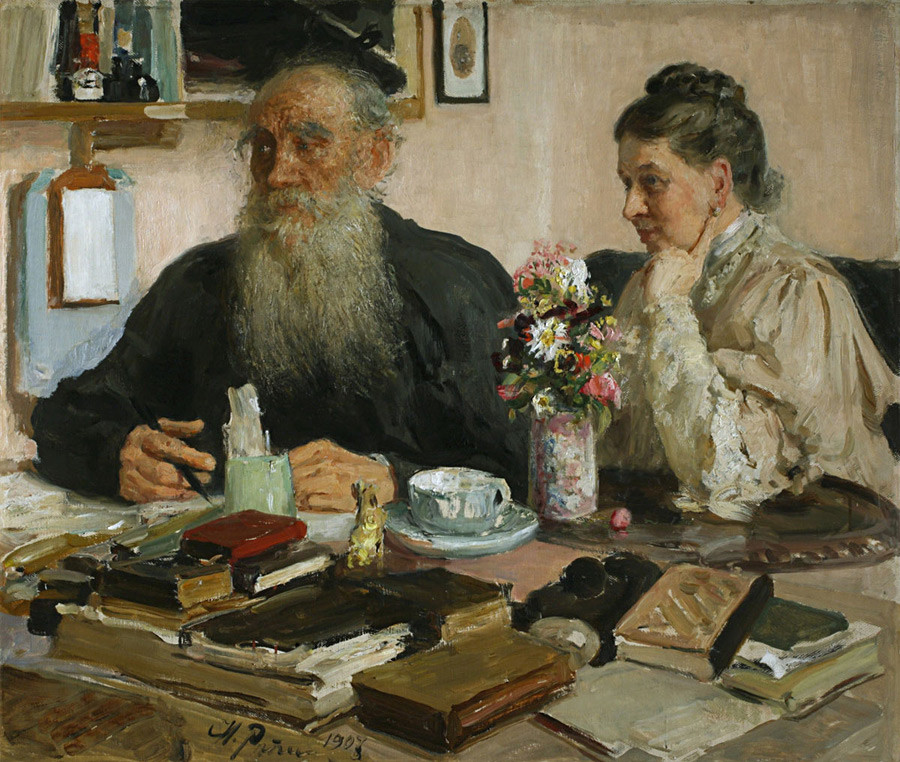 As time passed, the spell seemed to disappear and, eventually Repin was no longer enchanted by Tolstoy’s personality. Instead, he felt sorry for this old man with his plough, who sat alone with a candle in his dark study. 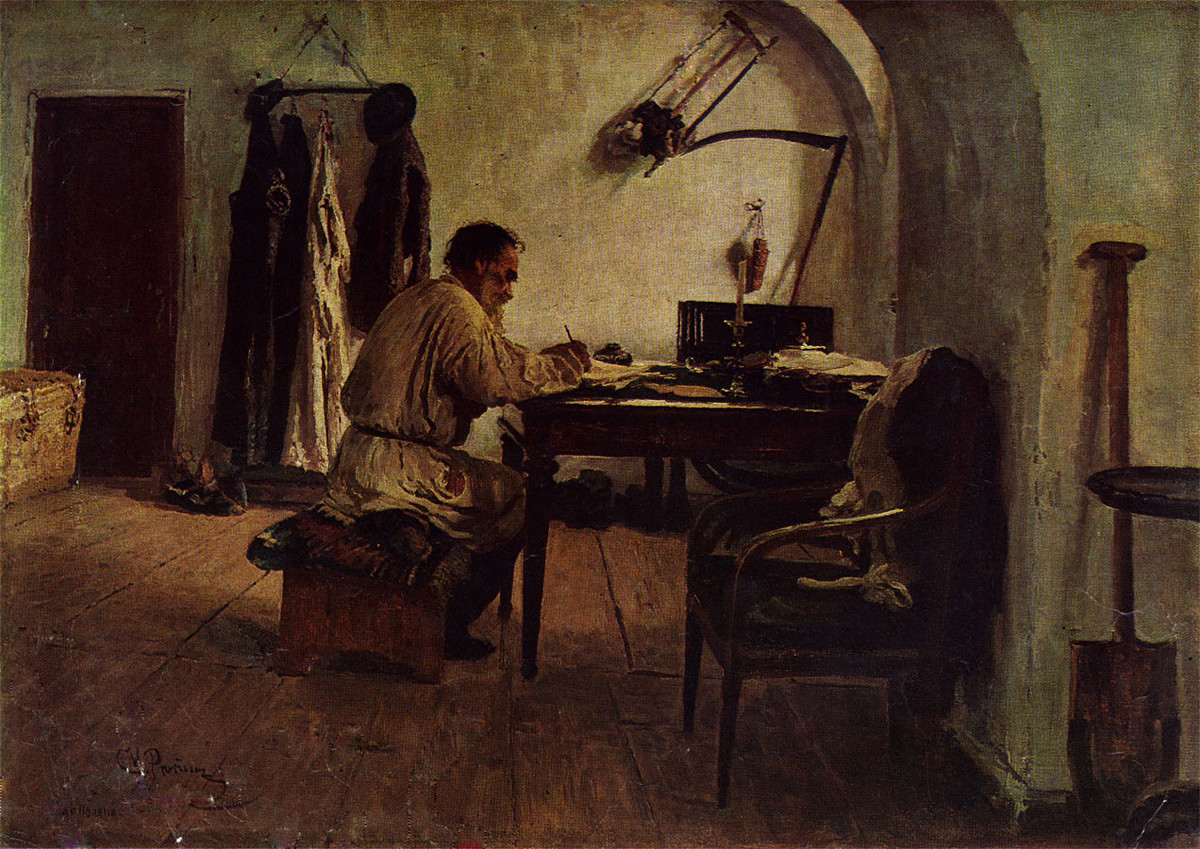 Leo Tolstoy in the Room with the Arches, 1891

The painter's attitude to Tolstoy changed dramatically when he concluded that the writer should not stoop to the level of the peasants but, on the contrary, the writer should lift the peasants up to his level. Another stumbling block regarded their stances on artistic matters. Repin categorically disagreed with Tolstoy on many issues. 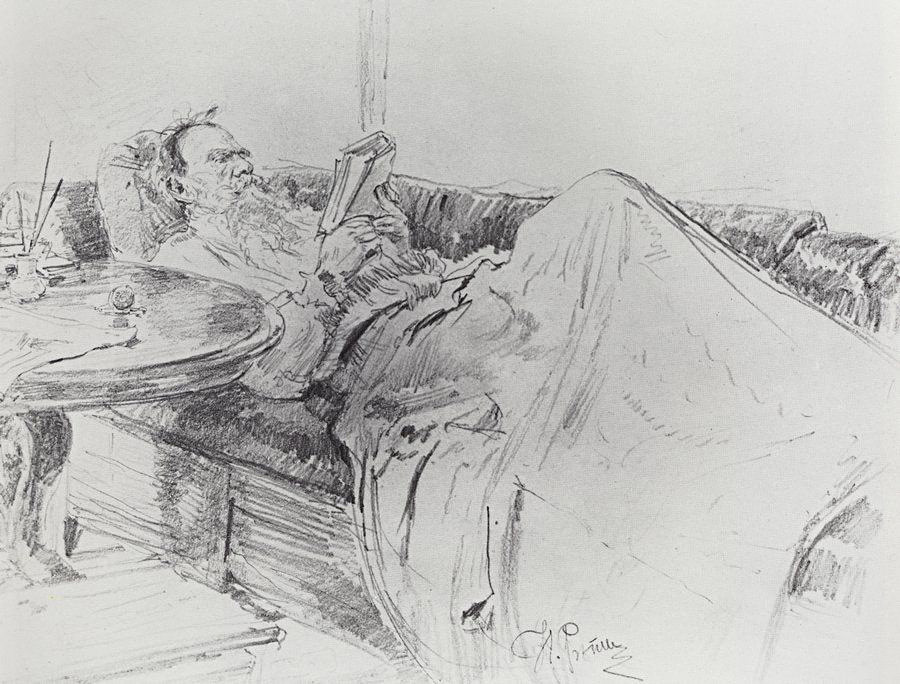 In one article, the writer described Raphael, Wagner and Shakespeare as worthless, which hurt Repin very much: "After all, it's as if some loudmouth had told me that Leo Tolstoy was talentless and false. Well, what's the point of arguing with such a person?!" Repin wrote. 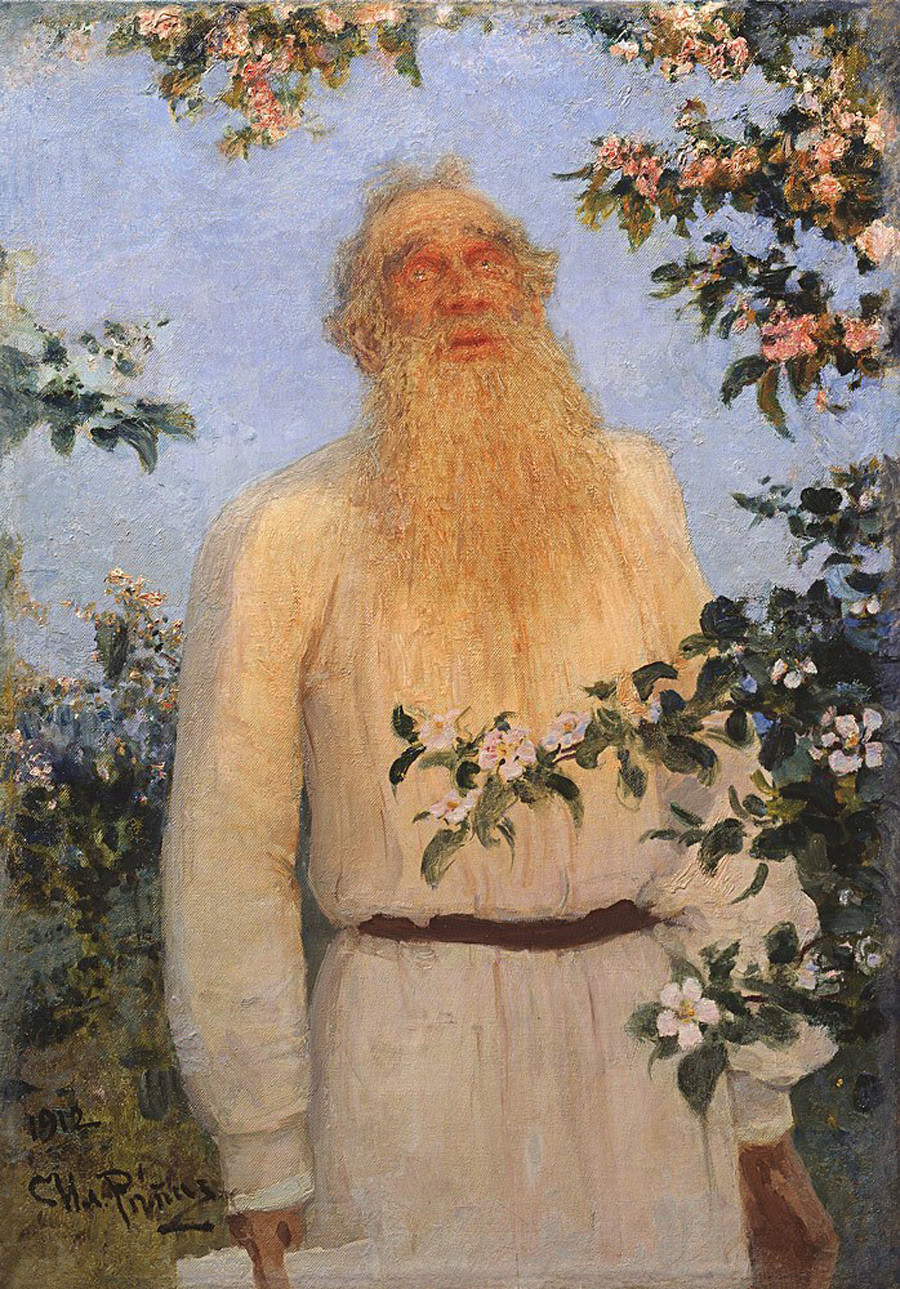 Still, the two men continued to remain friends, arguing about everything, until the end of Tolstoy’s life. Repin continued to work on portraits of Tolstoy even after the writer's death in 1910. It is believed Repin created the image of Tolstoy that remains in people’s minds today. 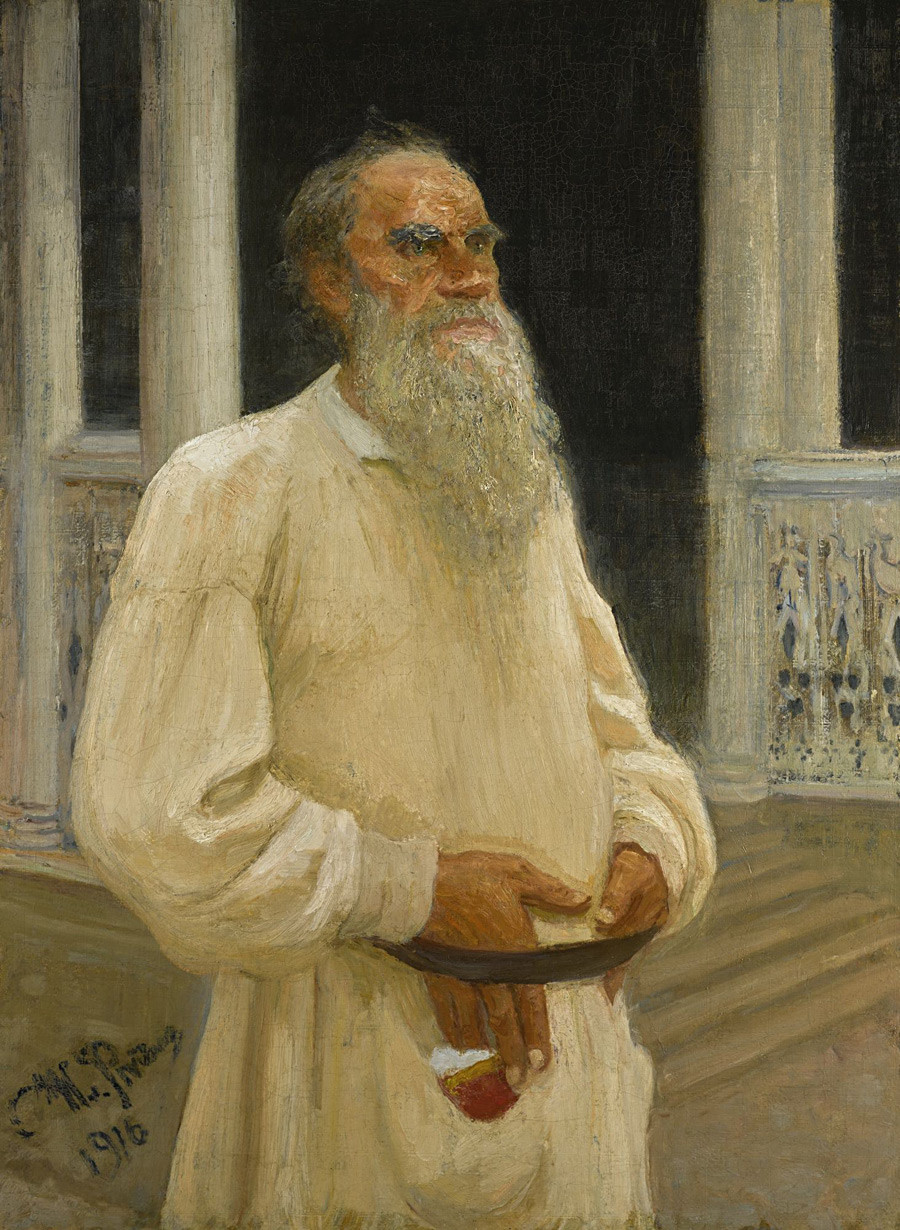 The exhibition Repin: The Myth of Tolstoy runs until Oct.13 at the Leo Tolstoy Museum on Prechistenka Street in Moscow.

READ MORE: 10 great paintings by Ilya Repin that everyone should know