10 great paintings by Ilya Repin that everyone should know

Culture
Yelena Fedotova
"The face and soul of man, the drama of life, the impressions of nature, its life and meaning, the spirit of history—these are our themes," wrote Repin, who was celebrated as a master even during his own lifetime. His works reflect Russian art’s main ideological and formal aspirations in the second half of the 19th century.

This was the first major painting that brought Ilya Repin (1844-1930) major success. The idea for the painting came to him when he was a student at the Academy of Arts in St. Petersburg. While walking along the Neva River, he was struck by the sight of utterly exhausted barge workers hauling a heavy load as carefree townspeople walked past.

Repin himself did not come from a wealthy family. He was born in the town of Chuguyev, the son of a military man, and was sympathetic to the plight of poor people. The painting’s subject was in sharp contrast to academic artistic traditions in which "grand" themes from mythology and history were given preference. Instead, Repin chose "the truth of life" as his primary theme and sought to include social commentary in his works. Barge Haulers became a metaphor for the hard lot that characterizes many people’s lives. It won the bronze medal at the 1873 International Exhibition in Vienna and was purchased by Grand Duke Vladimir Alexandrovich for 3,000 rubles. 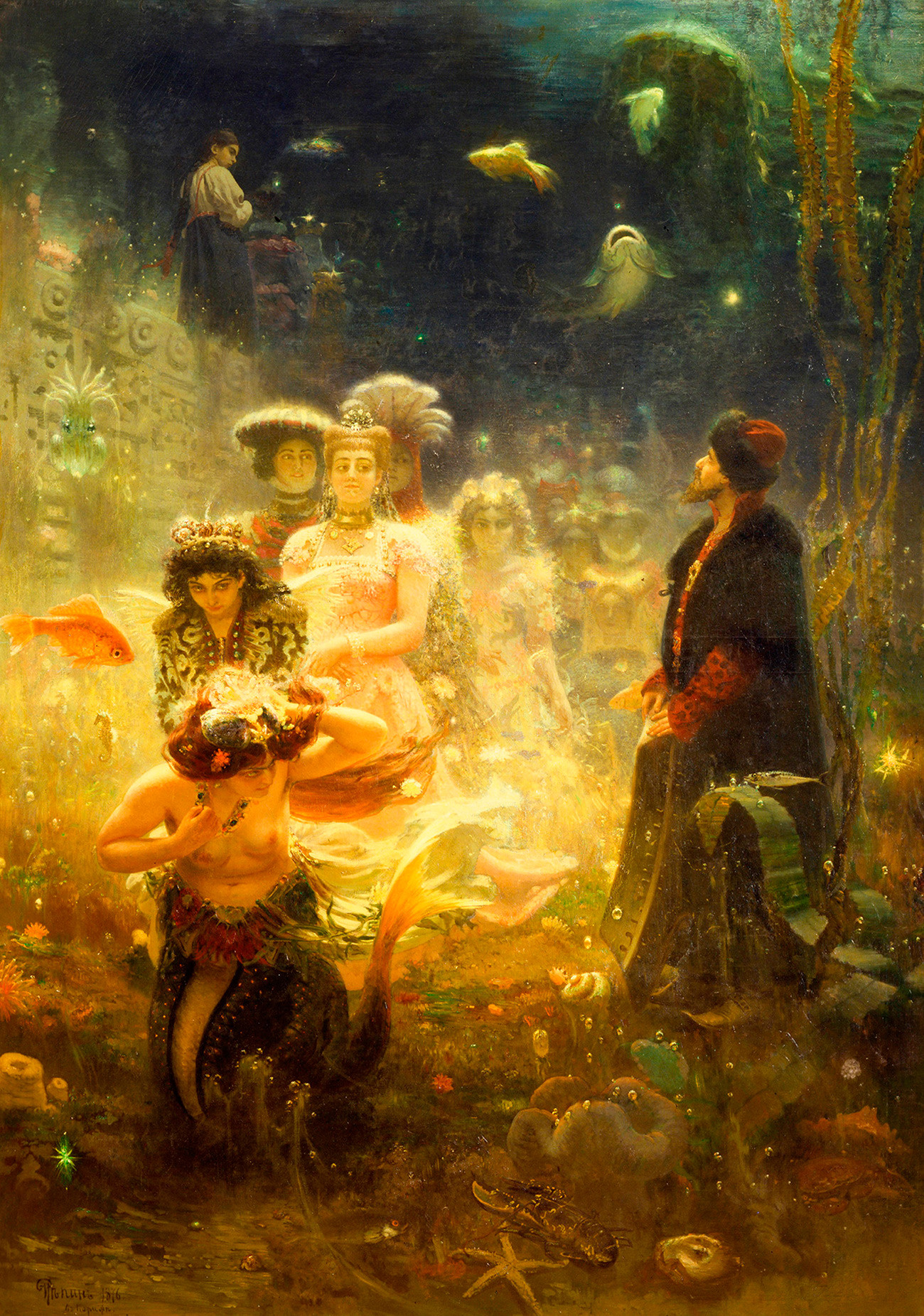 After graduating from the Academy of Arts, Repin embarked on extensive travels abroad. In 1873, he set off for Italy and lived in Rome. He also spent three years in France, studying the latest art movements. And although Repin did not embrace Impressionism, he did carefully study this the new style.

While abroad, he meditated on the traits of the Russian national character and painted Sadko, which clearly expresses the titular Russian fairytale hero's rejection of "foreign" beauties. And although Repin himself regarded the work as a failure, the painting does demonstrate how his views on art and life were taking shape. 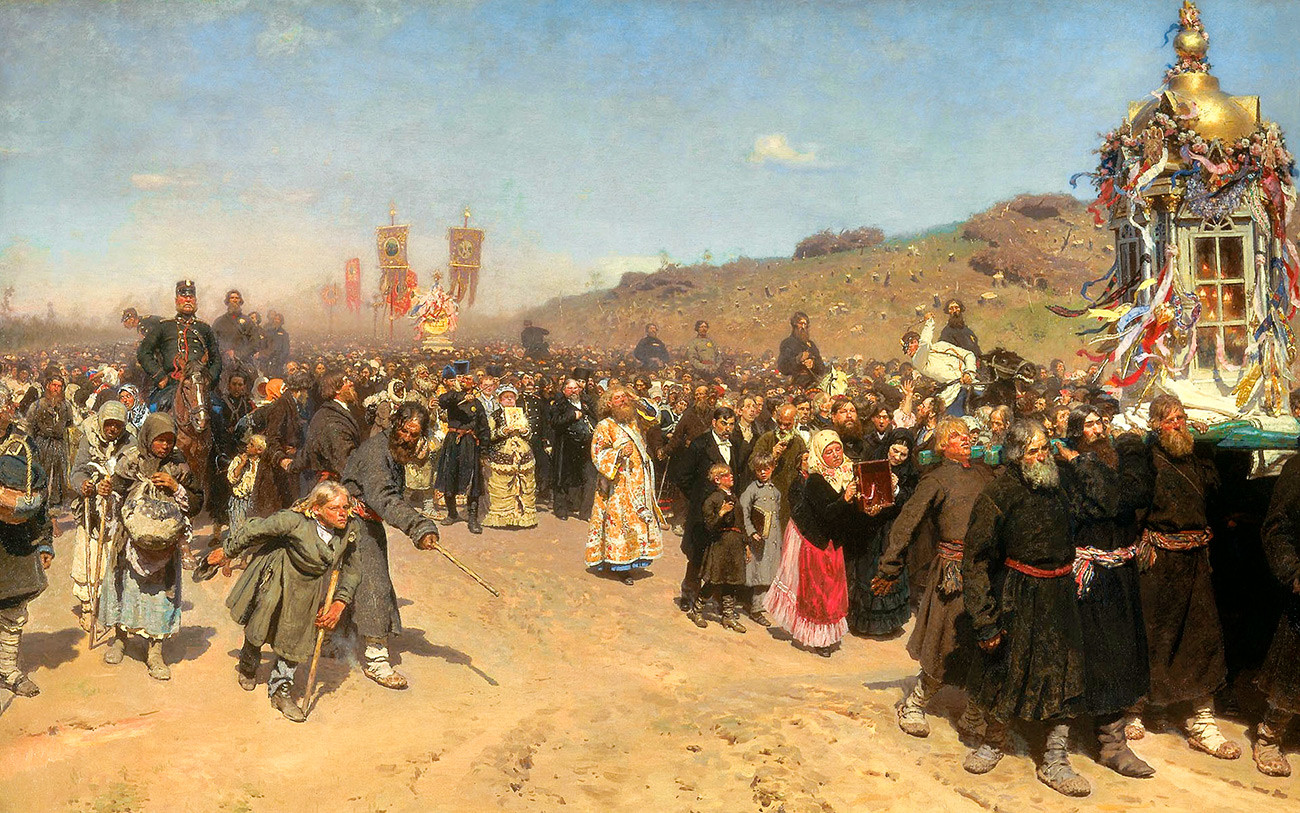 Repin once again provides criticism of social inequality in this work. The painting amazes the viewer with its wide variety of different people—from more than 70 characters emerges a cohesive picture of the life of the people.

Religious Procession was met with a mixed reception among Repin’s contemporaries. Some believed that the painting finally established his reputation as the leading Russian artist, while others saw it as a biased interpretation of Russian life. 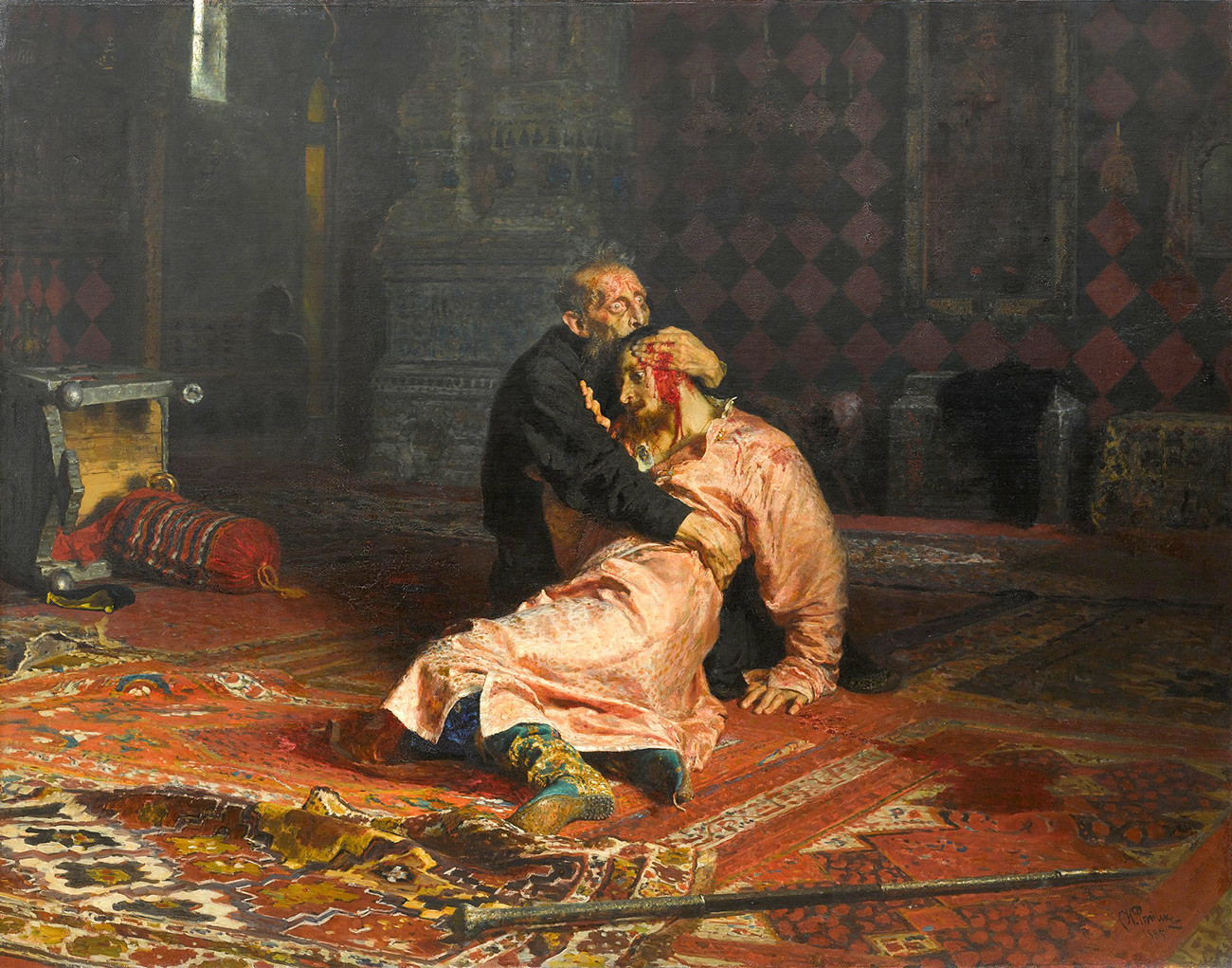 It is believed that Repin intended this painting to parallel the tragic events of 1881—namely the assassination of Tsar Alexander II and the execution of members of the Narodnaya Volya (People's Will) revolutionary organization. Depicting the actual events would not be permissible at the time, and so instead Repin used a historical parallel to represent what was happening in the present.

Nevertheless, the painting provoked the ire of Alexander III, who personally issued orders banning it from being exhibited. The canvas was vandalized twice. First in 1913, when icon painter Abram Balashov attacked the painting three times with a knife, slashing the tsar’s face. Then again in 2018, when a vandal struck the canvas with a metal pole, damaging the figure of the in three places. The painting is currently being restored. 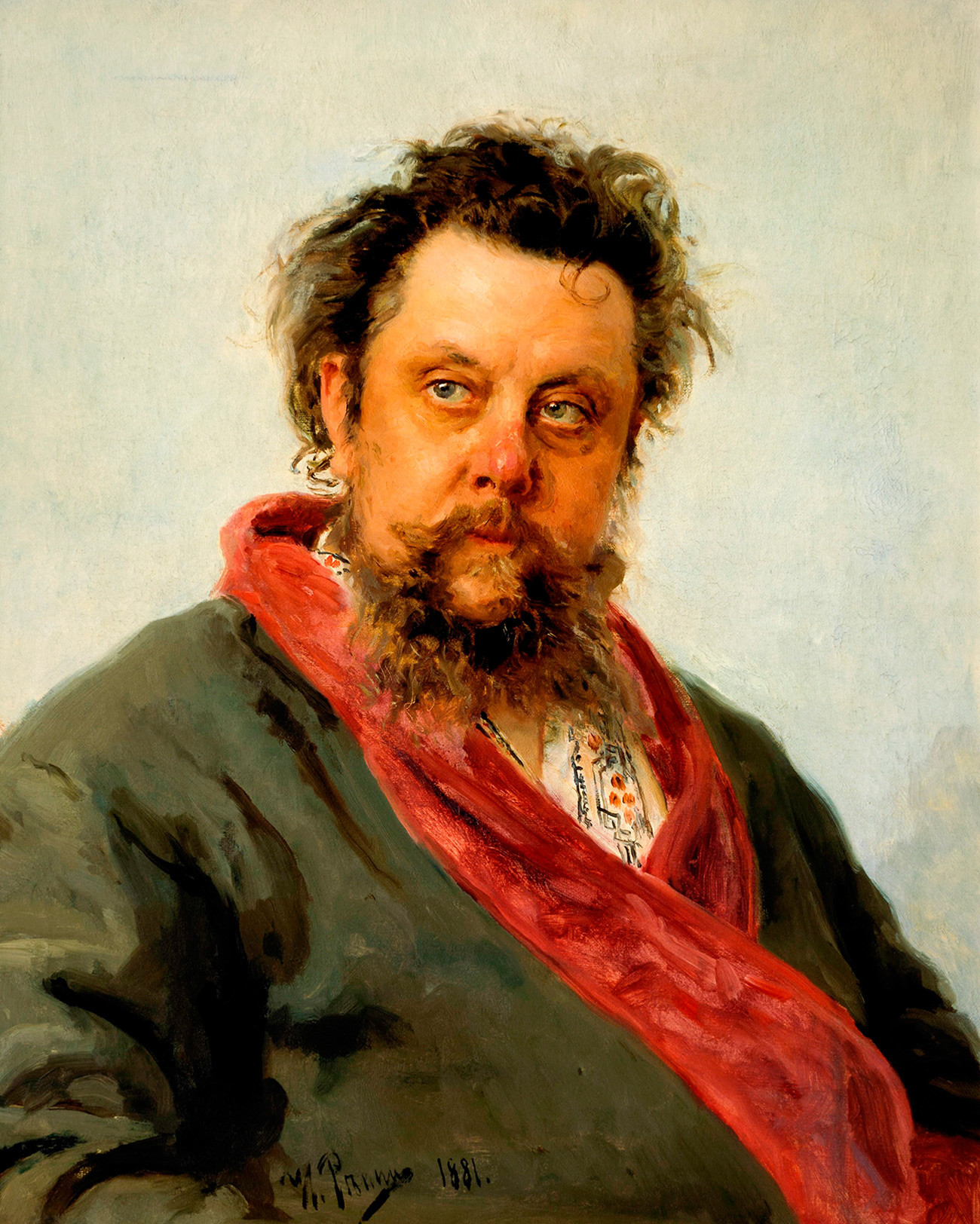 The painting stands out as one of the pinnacles of Repin's mastery at painting portraits. The psychologically charged painting was created at a tragic moment in the composer's life, as he was gravely ill in a military hospital. Repin finished the portrait in just four days and right in the hospital ward, realizing that his old friend was "on the threshold of eternity." 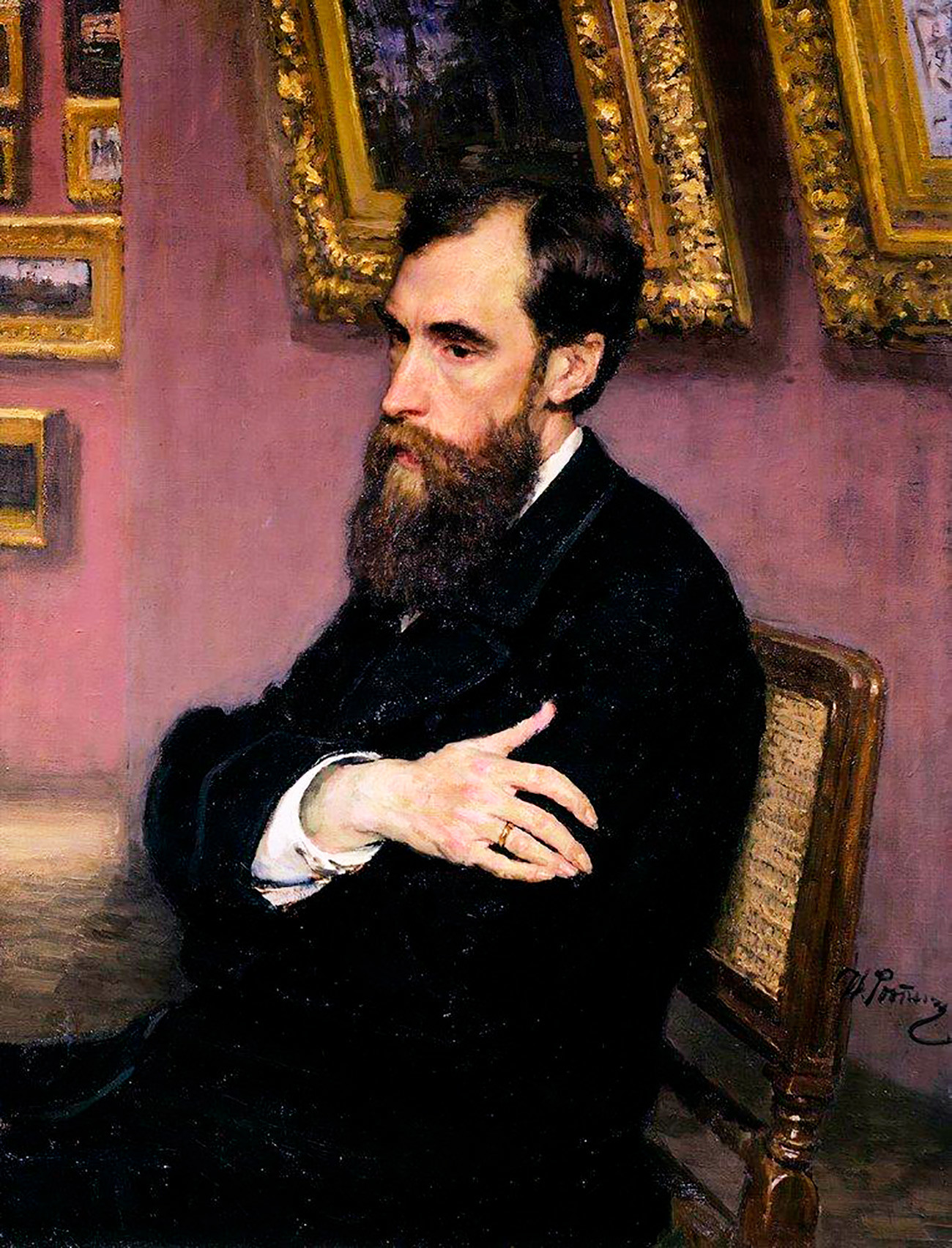 This is one of two portraits of the famous collector and founder of the Tretyakov Gallery that painted during his lifetime. When Tretyakov donated the gallery to the city of Moscow, his private collection contained 1,276 paintings, 471 drawings 10 sculptures, as well as 84 works by foreign artists. Tretyakov didn't like posing and only agreed out of respect for Repin.

Tretyakov is depicted against the background of paintings in his gallery, including Above the Eternal Peace by Isaac Levitan and Three Bogatyrs by Viktor Vasnetsov. The year the portrait was painted, Tretyakov was at the peak of his activity, and his collection was becoming famous in Moscow and throughout Russia. He was one of the main collectors of works by Repin and other Peredvizhniki (“Wanderers”), a group of realist artists who espoused social criticism. 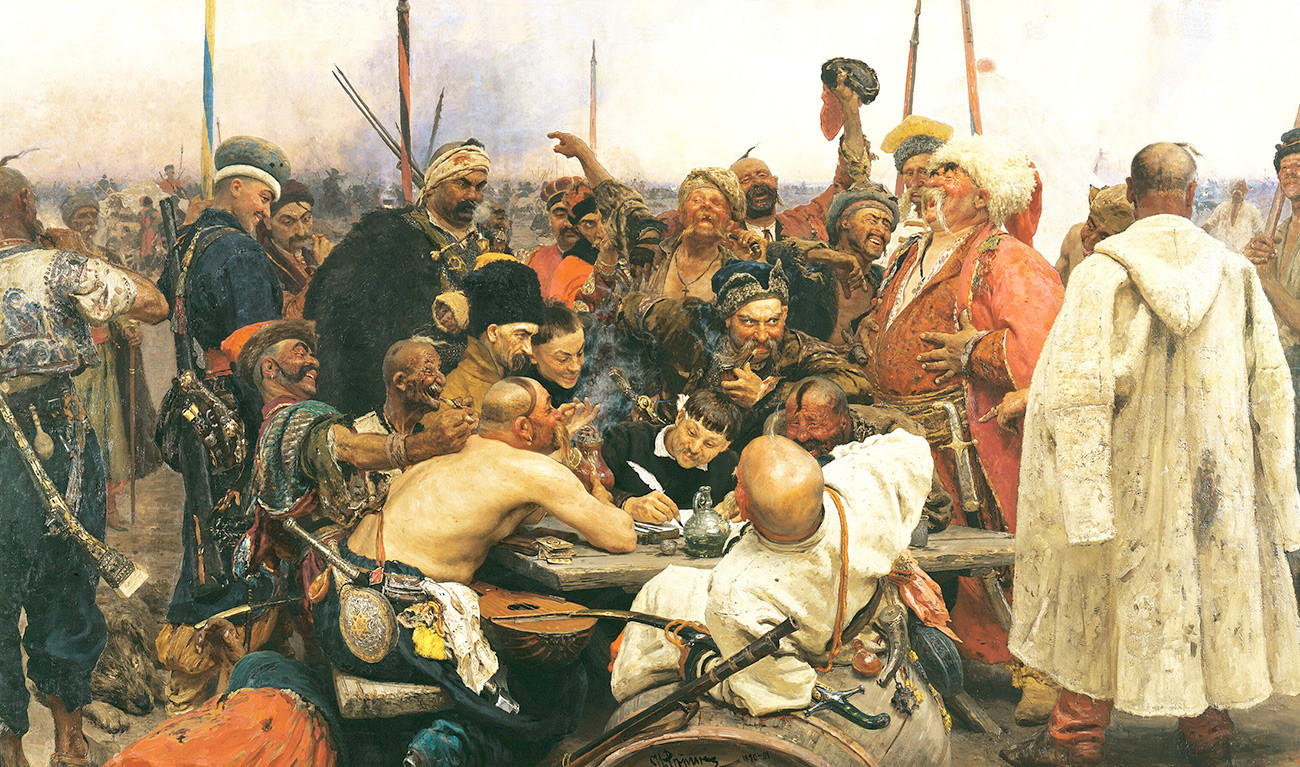 The Zaporozhian Cossacks, which took Repin more than 10 years to paint, stands out as an expression of human vitality and the free spirit of man. Repin himself wrote of the protagonists: "A holy people! No one in the world held freedom, equality, and fraternity so deeply."

The painting is inspired by the story of how, in 1675, Sultan Mehmed IV gave the Zaporozhian Cossacks an ultimatum and demanded that they submit to his rule. In response, the Cossacks sent the Mehmed IV a biting letter, rejecting his demands: "O sultan, Turkish devil damned devil's kith and kin, secretary to Lucifer himself!" 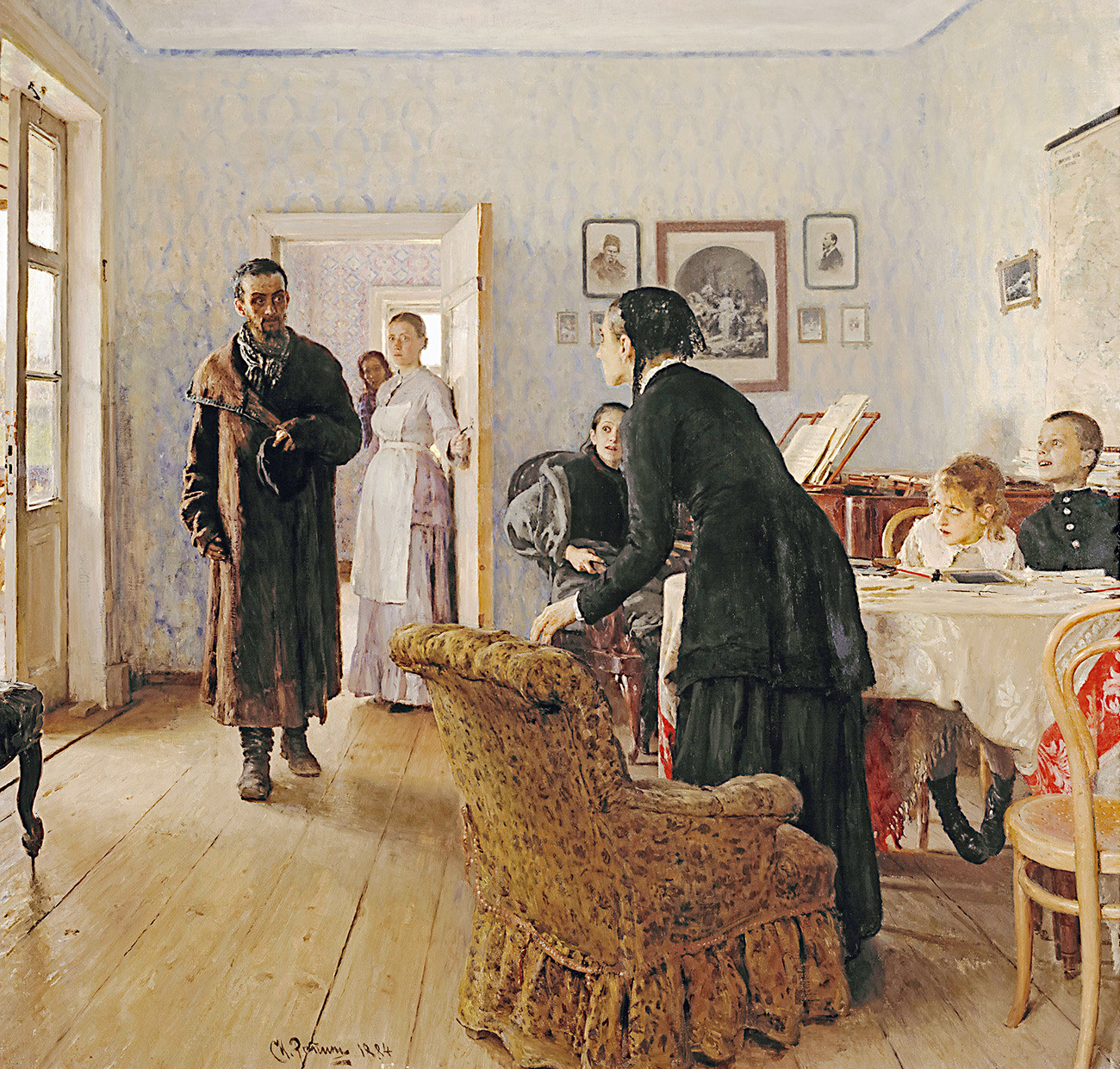 They Did Not Expect Him is part a cycle by Repin that is dedicated to the fate of the first Narodnik populist revolutionaries in Russia. In the 1870-80s, this revolutionary movement rose in popularity and was then brutally suppressed. Like many others, Repin idealized the young opposition members and drew parallels between the fates of the Narodniks and Jesus Christ.

Compositionally, the characters in They Did Not Expect Him are akin to figures in the stories of The Raising of Lazarus and Christ at Emmaus. The return of the convicted revolutionary—probably from hard labor in a penal colony—was equivalent to a return from the dead.

This piece, commissioned by the government, was painted by Repin for the 100th anniversary of the State Council. The gigantic canvas measures 400 x 877 cm but was finished in just three years, the shortest possible time. The studies for it, executed with Impressionistic freedom and in an almost abstract style in places, are arguably even more significant than the finished picture itself. Members of the council posed in person for the artist—in total, 48 portrait sketches were made for the painting. Before 1917, the canvas was exhibited at the Mariinsky Palace, and some of the studies were acquired by the Museum of Alexander III. The artist donated the 10,000 rubles he received from the museum to the navy. 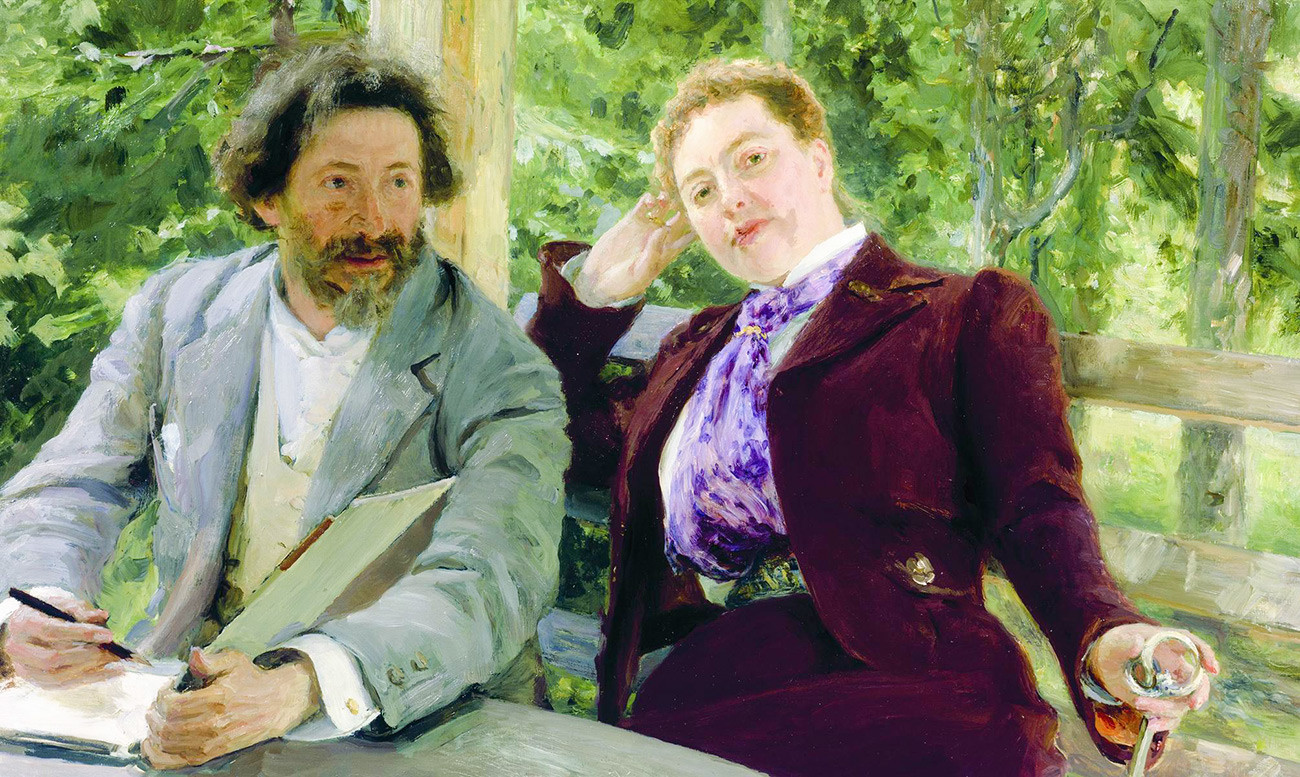 In 1899, Repin bought a plot of land in the Finnish settlement of Kuokkala and called the estate“the Penates.” It was here that Repin spent his final years, along with his second wife, Natalia Borisovna Nordman.

Following the 1917 Revolution, repeated attempts were made to persuade Repin to return to Soviet Russia. However, he never accepted the new authorities and remained until the end of his life in Kuokkala, where he died in 1930 at the age of 96.

*The 175th anniversary of the Russian master, whose works are displayed in museums throughout the world, is being marked this year with a retrospective exhibition on three floors at the Tretyakov Gallery on Krymsky Val. The exhibition opens on March 16 and will run until Aug. 18, 2019.