Travel
Ekaterina Oparina
Moskva Agency
Moscow's vast expanses are best admired from above. Here are the coolest places where you can get a bird’s eye view of the Russian capital. 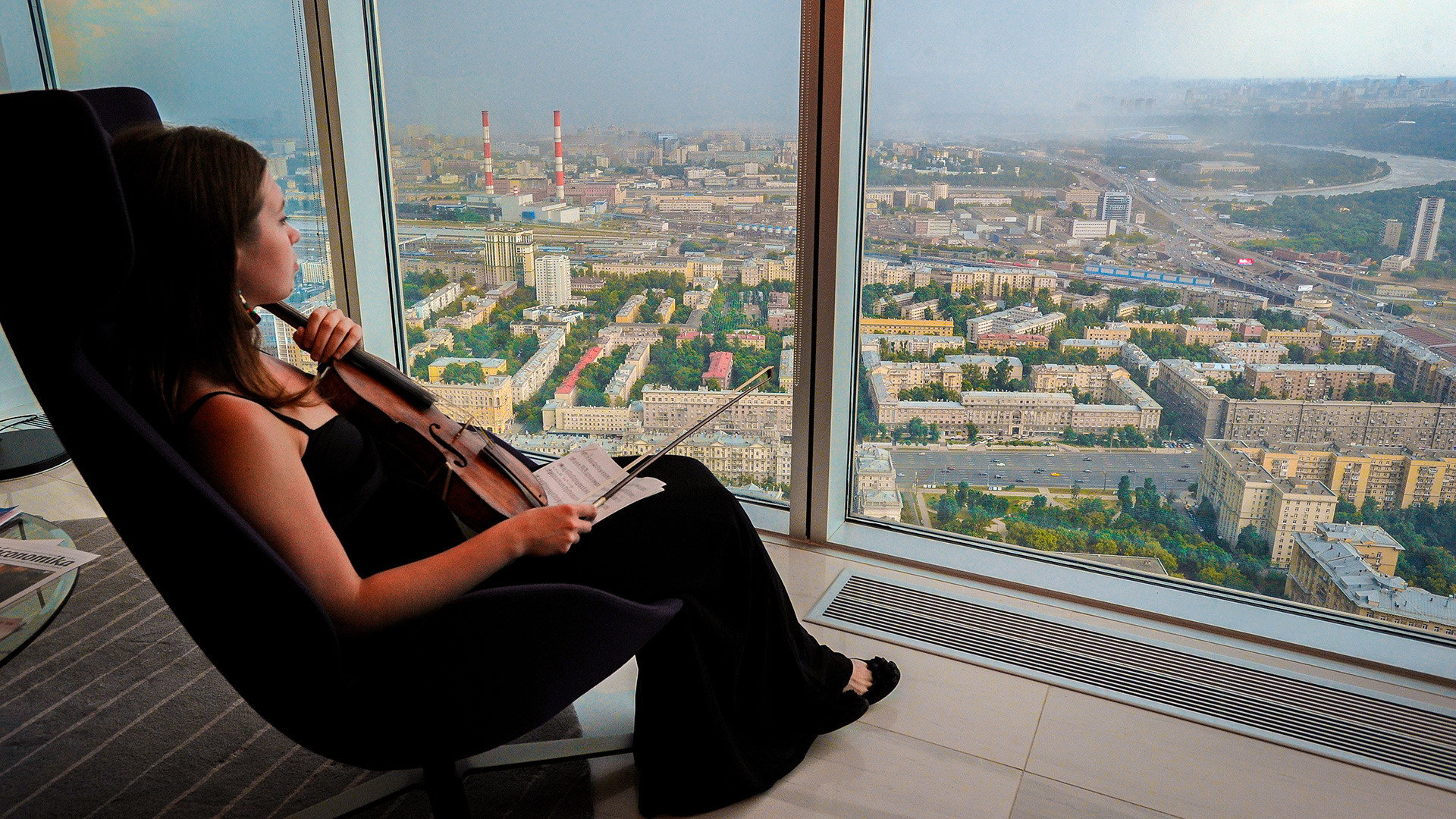 There are two main observation decks in the Moscow City business district. They offer a 360-degree panoramic view of the Russian capital.

The first is located on the 56th floor of the Empire Tower. It can only be accessed with a tour, which takes place every 30 minutes. It is located at a height of 215 meters, occupies an entire floor.

However, the highest observation deck – PANORAMA 360 – is located on the 89th floor of the Federation Tower.  It takes less than a minute to access it by elevator and you can visit it without a tour, but remember to purchase a ticket first! 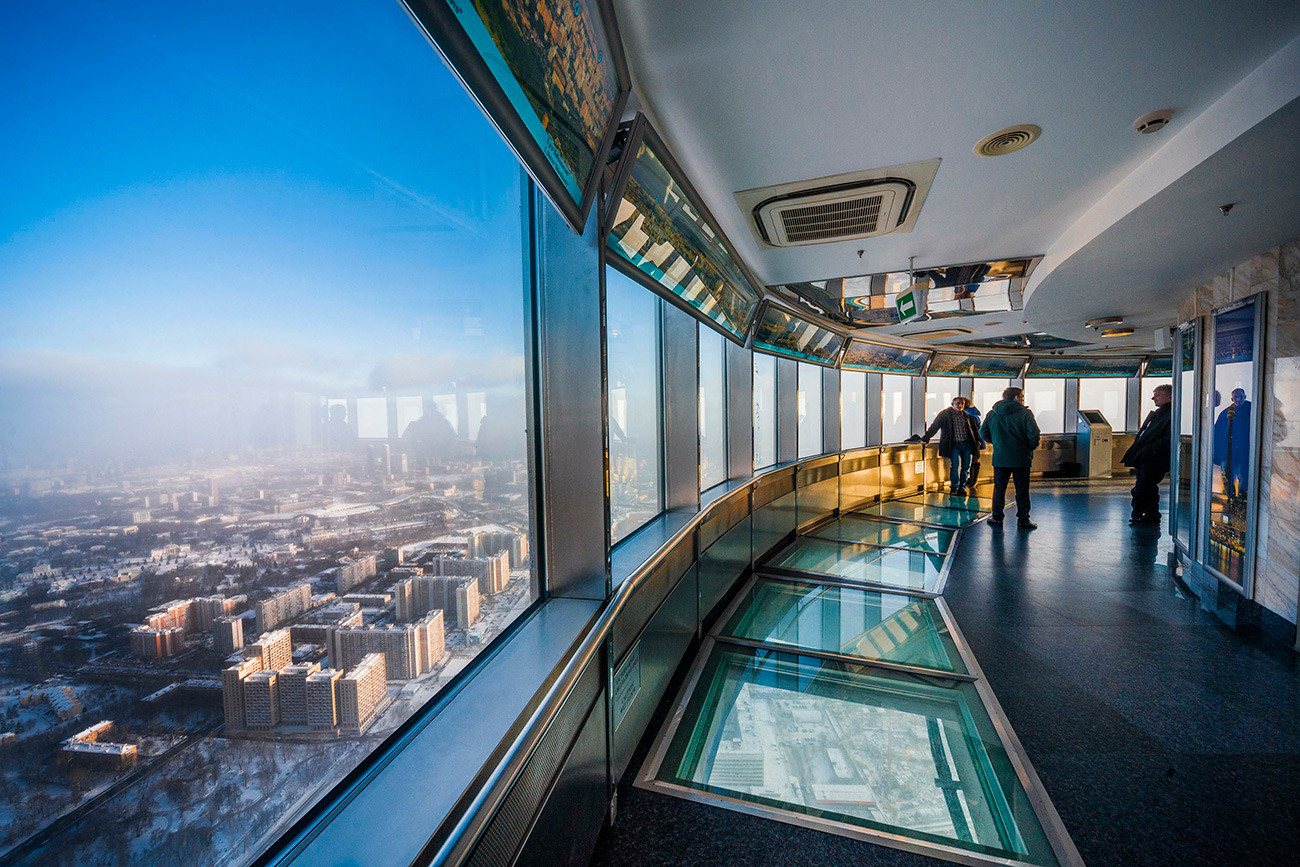 An excursion to the Ostankino TV Tower includes visits to two observation decks: a covered one at a height of 337 meters and an open one at a height of 340 meters. For a long time (until the PANORAMA 360 was opened), Ostankino Tower offered the highest observation point in Moscow. The viewing platforms here offer excellent views of VDNKh, the Botanical Gardens, the Moscow City skyscrapers and many other parts of Moscow.

Once you are here, it’s worth having a drink or something to eat at the café. It has a revolving floor and makes a full circle every 40 minutes! 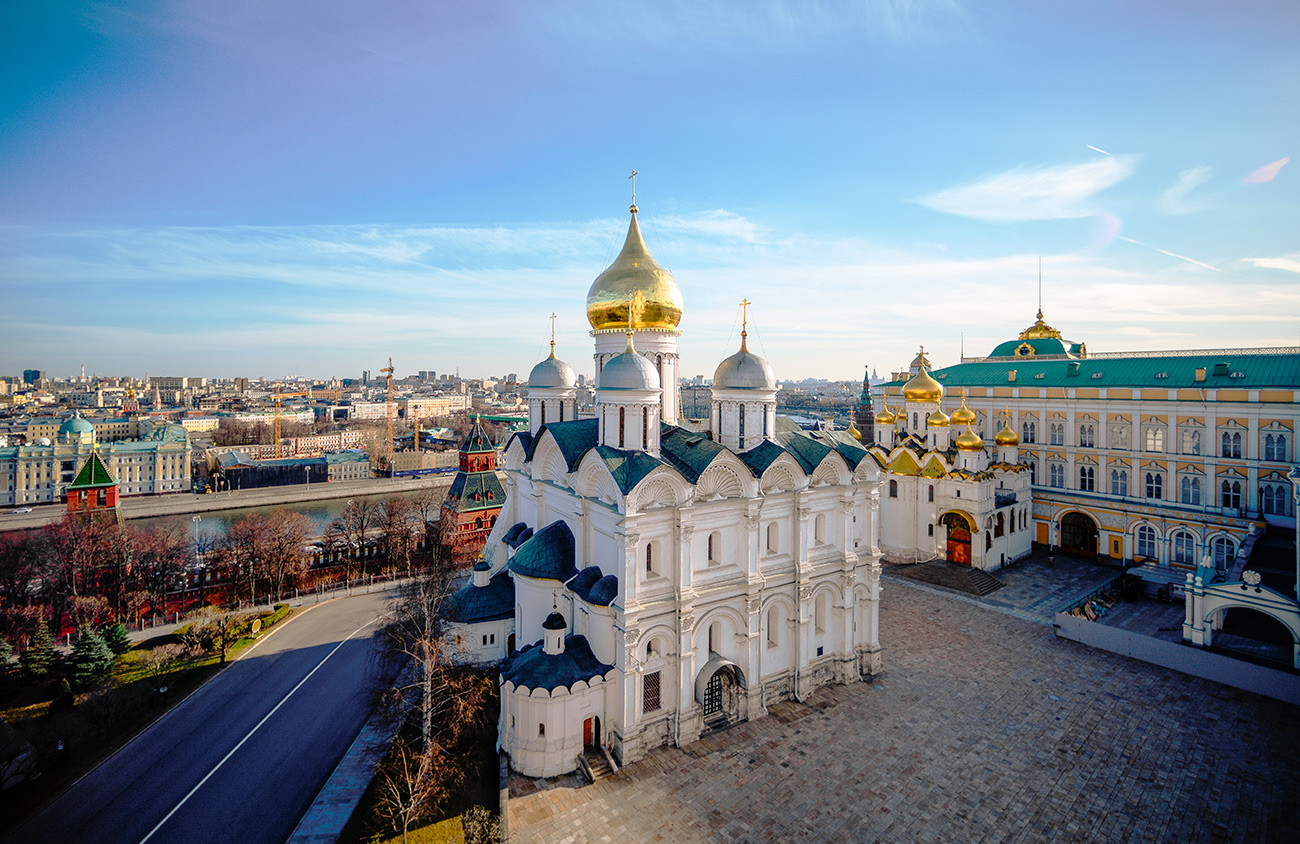 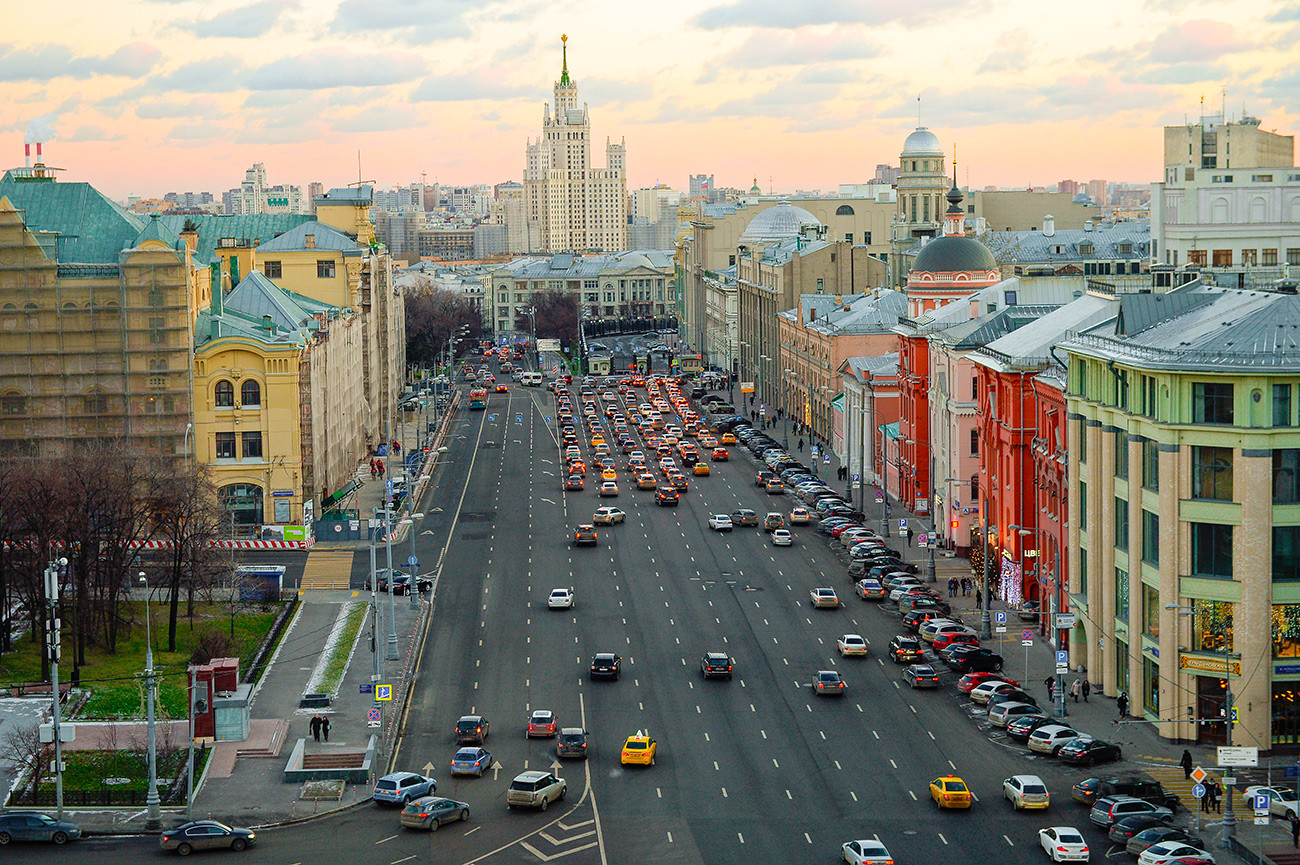 There is a small observation deck on the rooftop of the newly renovated Central Children's Store in Lubyanka, offering up-close views of central Moscow, including the Kremlin, St. Basil's Cathedral, Christ the Savior Cathedral and the city's central streets. You can use the tower viewers installed there to take a closer look at the Kremlin towers or the three-tier gilded inscription under the dome of Ivan the Great Bell Tower. Let us know what you think it says! 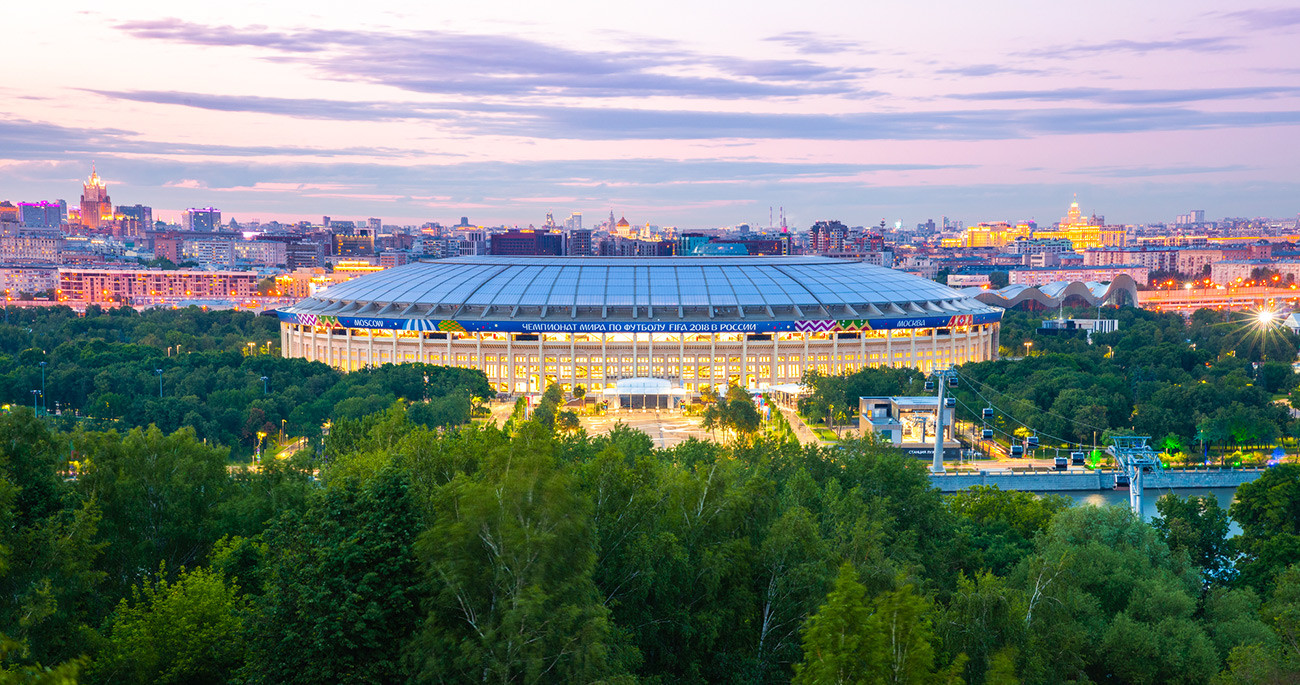 The viewing platform on the steep bank of the Moskva River can be rightly called one of Moscow's main sites. Entrance is free and it offers panoramic views of central Moscow, the Luzhniki stadium and the famous Seven Sisters buildings.

Since 2018, it can also be reached by a cable car from the Luzhniki stadium – the views that you will experience during the ride in the cable car are no less spectacular!

6. Observation deck at the Russian Academy of Sciences 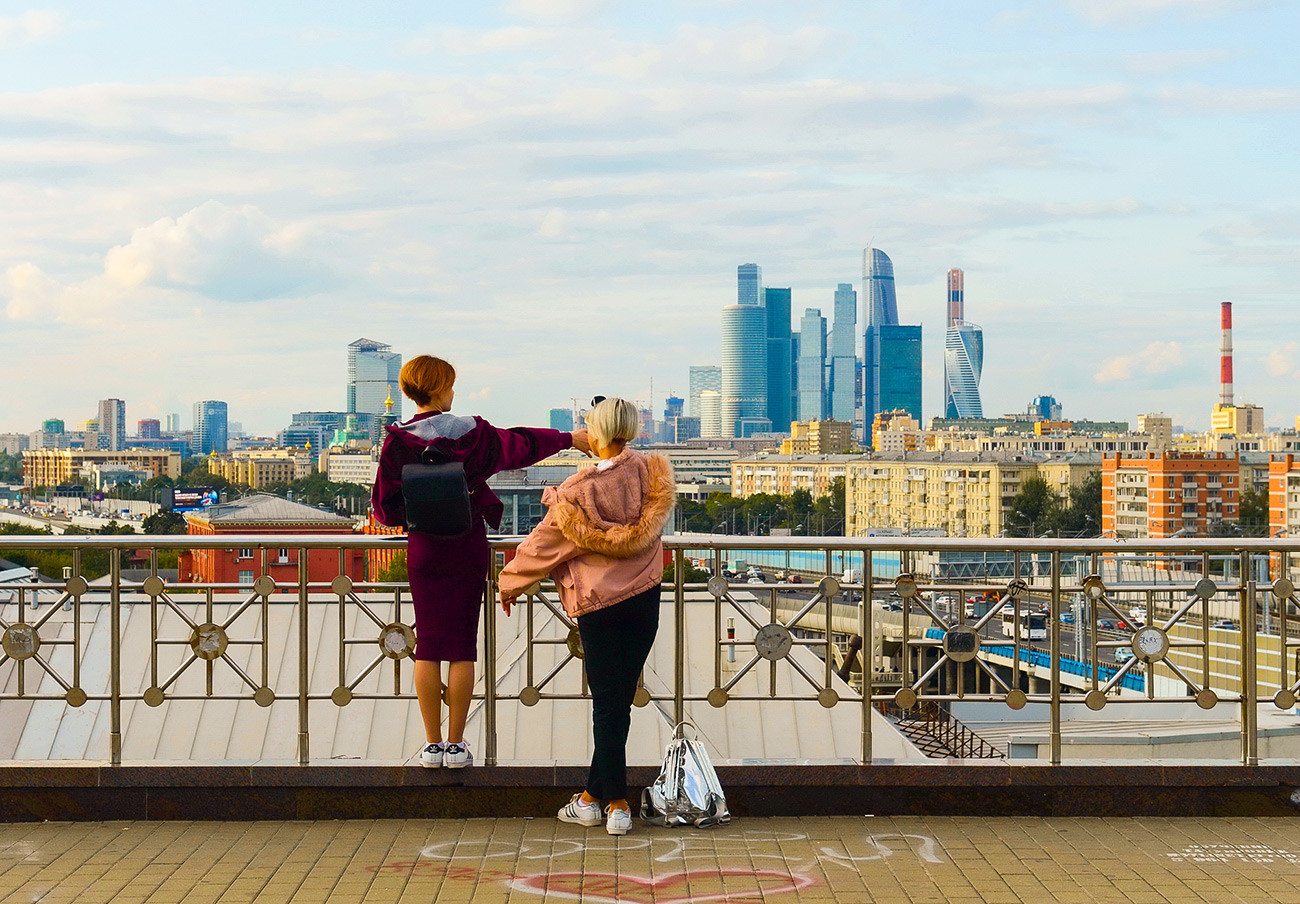 Views from the top of the Russian Academy of Sciences are almost identical to those you will get from Sparrow Hills, since both places are located not far from each other. It offers excellent views of St. Andrew's Monastery, Moskva-City skyscrapers, the main building of Moscow State University and the Luzhniki stadium. However, its main advantage is that it has far fewer visitors. 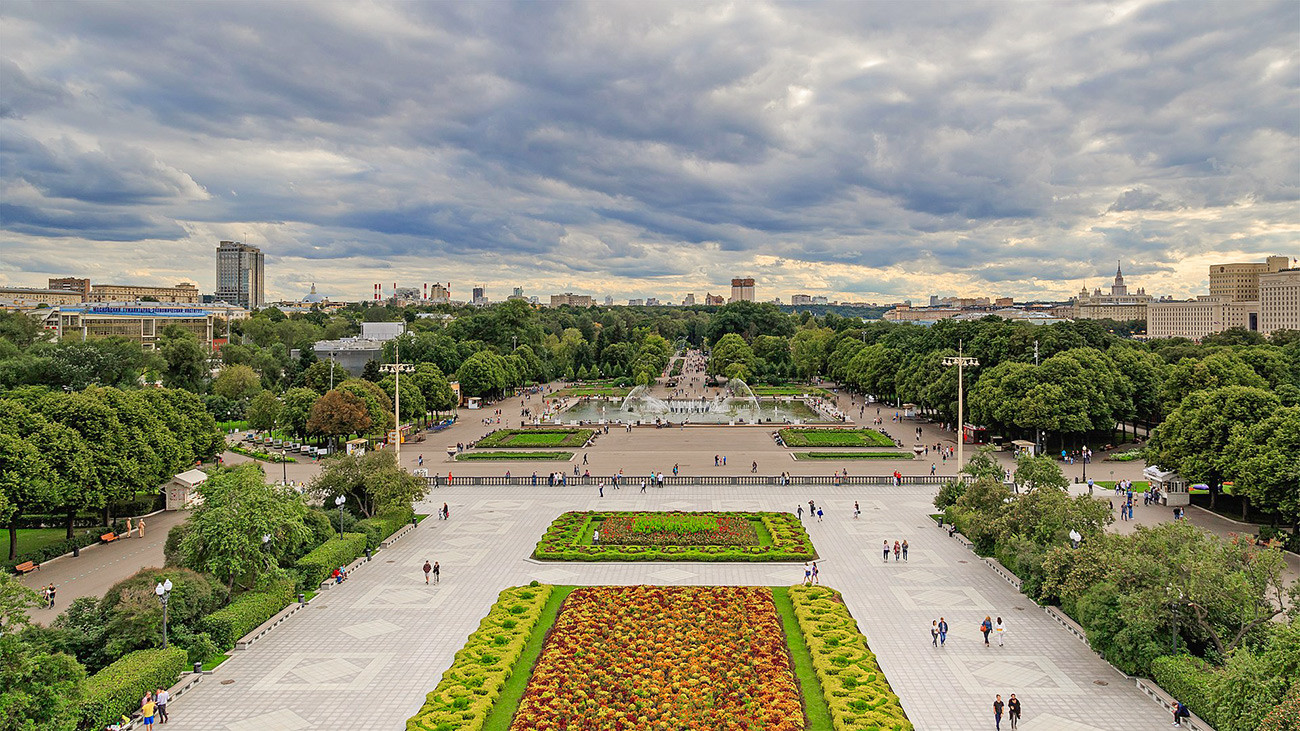 A walk in Gorky Park would not be complete without a visit to its observation deck situated on the roof of the Main Entrance’s arch. From there you can see many interesting things, and if you make use of the tower viewers, you’ll be able to take a closer look at the park alleys, as well as the Krymsky Bridge, the Seven Sisters buildings and Christ the Savior Cathedral.