Travel
Russia Beyond
Golden Eagle Luxury Trains
A ticket aboard the retro-styled ‘Golden Eagle’ will cost you a cool MILLION rubles ($15,000). And that’s the cheapest one! See what all the fuss is about…

Everyone knows the quickest way to travel from Moscow to Vladivostok is by plane. But it’s far more romantic to take the train. Here’s what it would look like on the most luxurious train in the country. 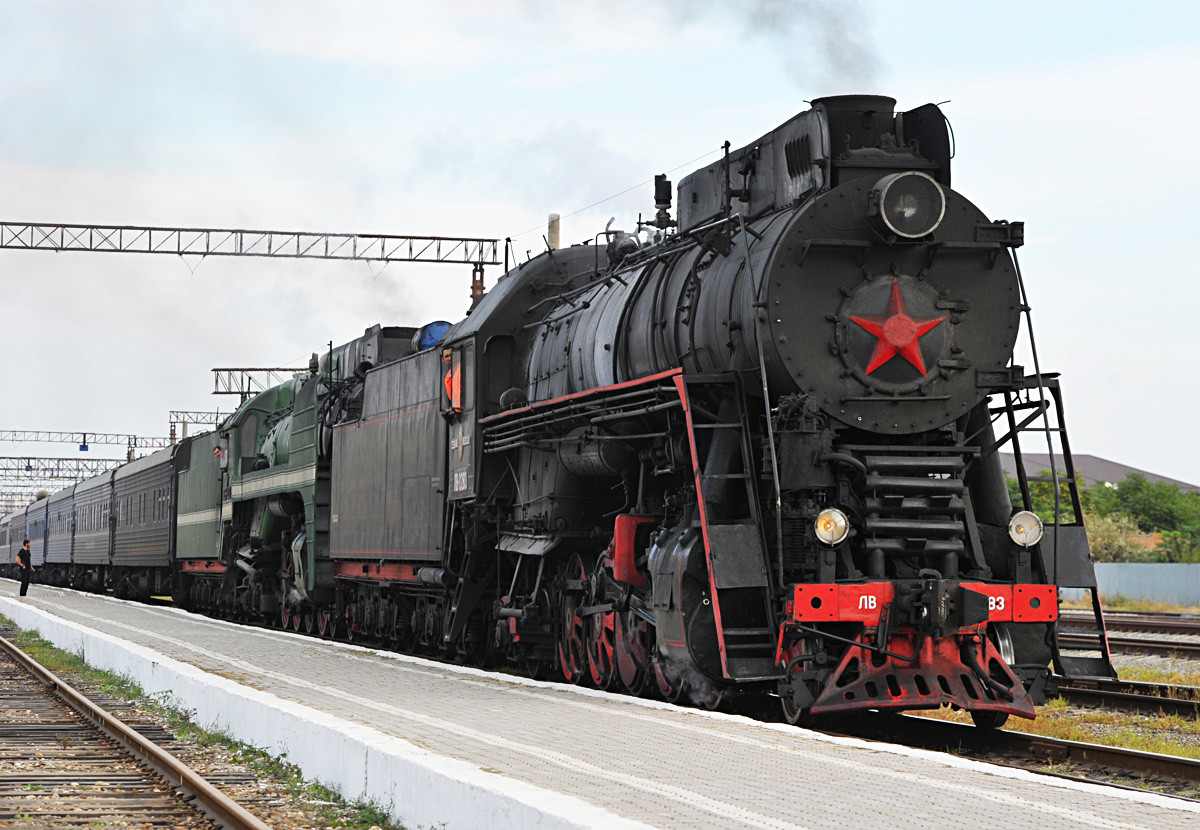 The Golden Eagle vintage train with a steam engine and tourists aboard arrives in Grozny.

You’re never going to find this train by looking through any known schedules. The Golden Eagle - a joint project between Russian Rail and UK’s Golden Eagle Luxury Trains - can only be reserved by tourist groups, those that wish to traverse all of Russia by train. Traveling in one direction takes 14 days. 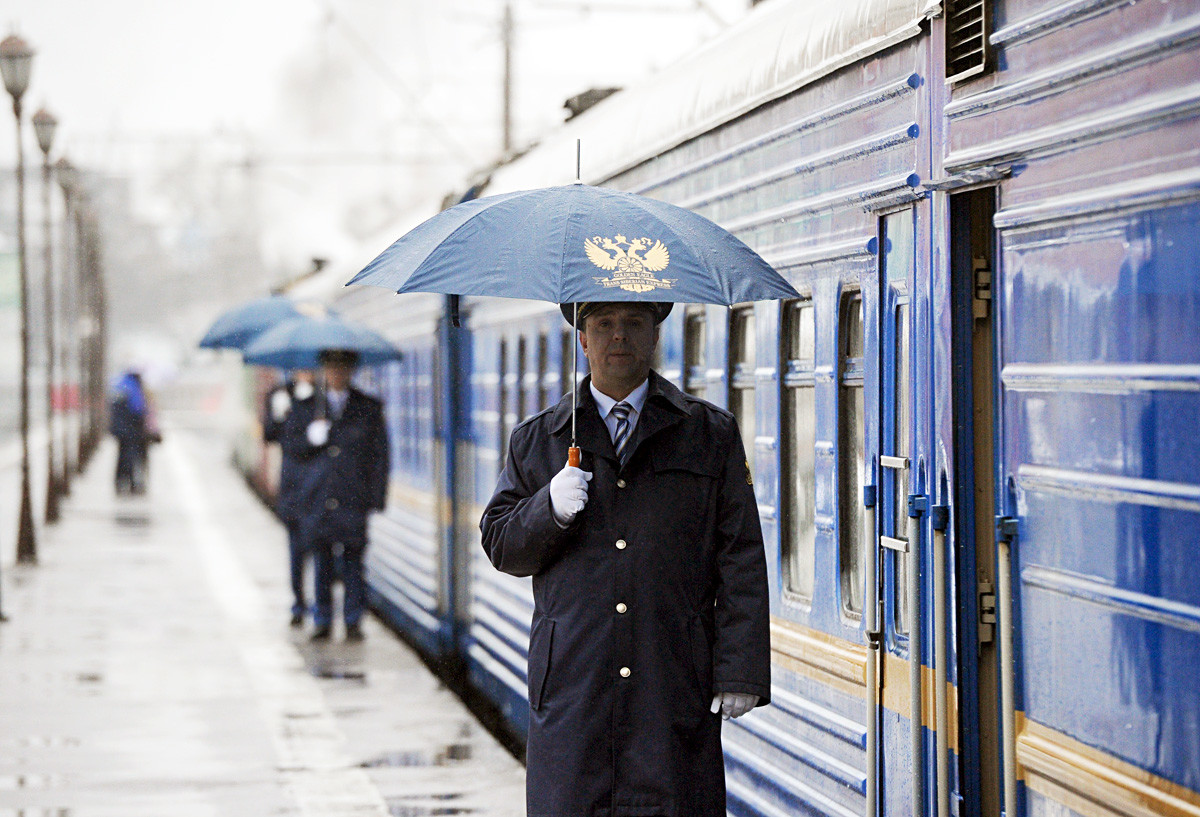 The train has stopovers in Kazan, Ekaterinburg, Novosibirsk, Irkutsk, Baykal, Ulan-Ude and Khabarovsk. Whichever direction you take, the trip from the final destination is by plane. 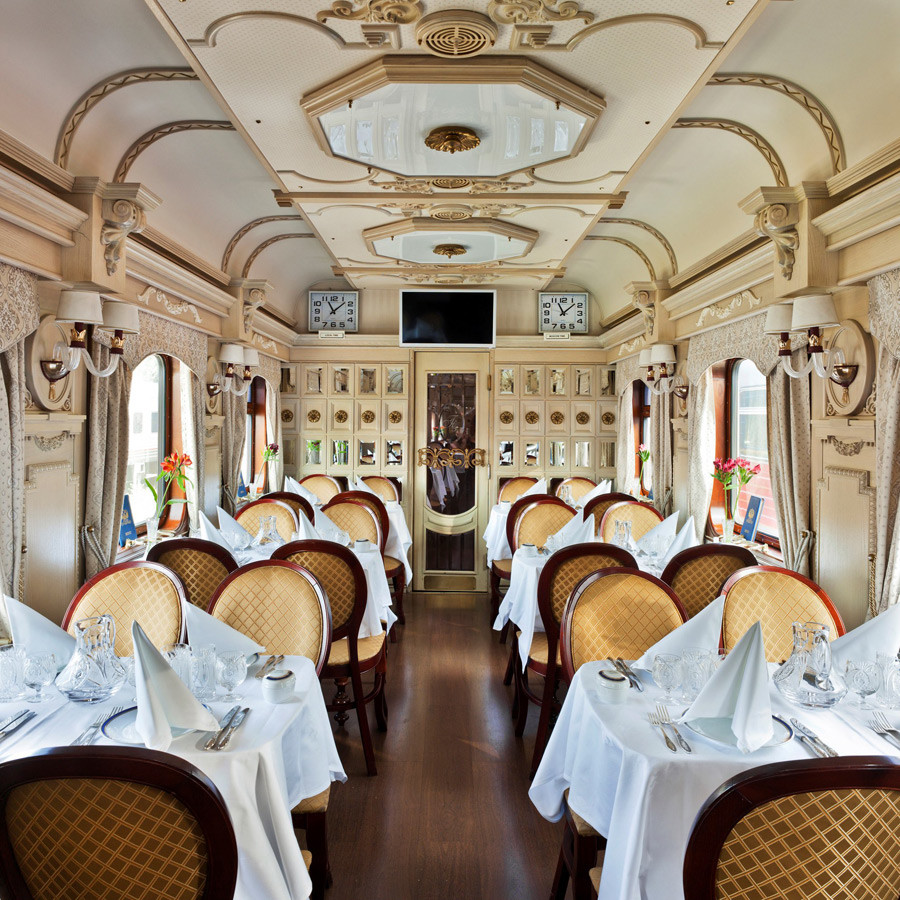 The Golden Eagle had its maiden journey along the Transsiberian in 2007, and today makes some 12 trips annually, most often in the summer. But that’s not the only direction it goes: if your heart desires, you can travel all the way to Beijing, Teheran or Russia’s Caucasus region. 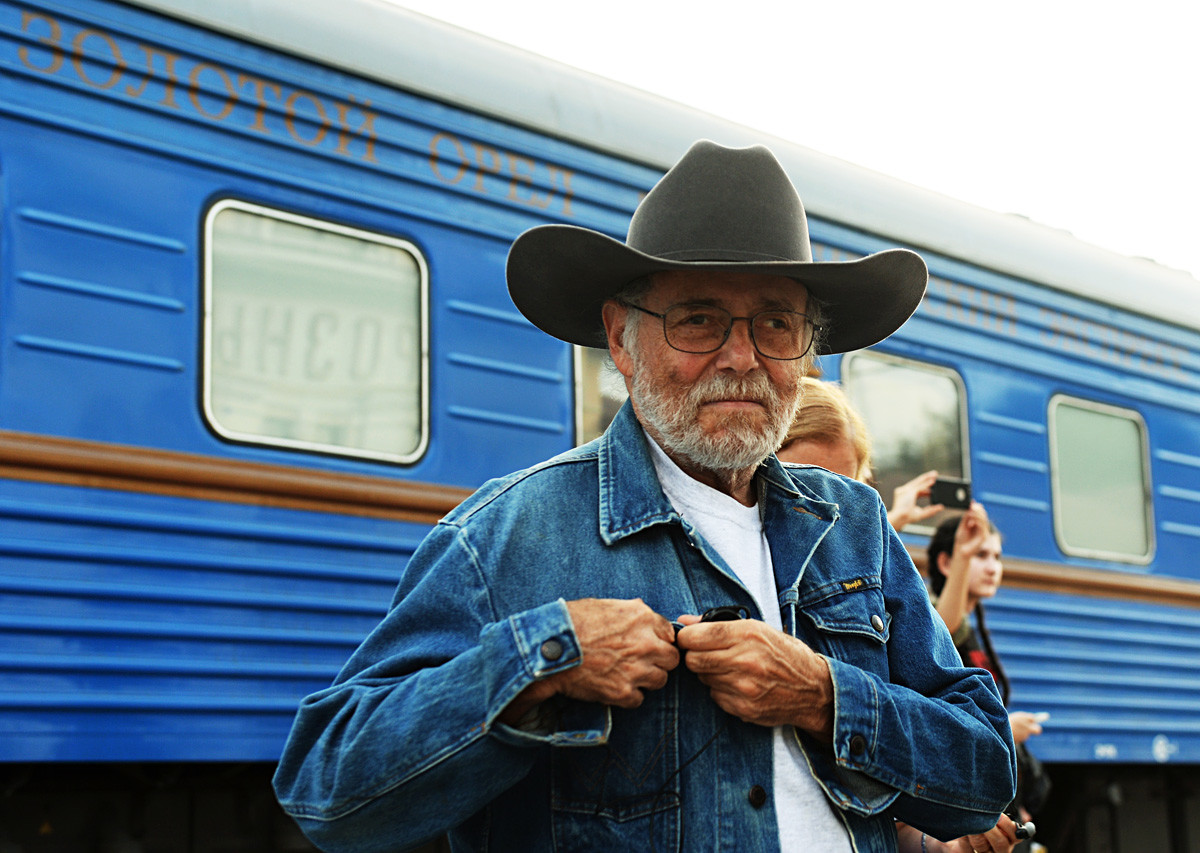 A tourist who came on the Golden Eagle vintage train is at the railway station in Grozny.

The old train is comprised of 19 carriages, which can comfortably house 120 passengers and a crew of 56, including guides and onboard entertainers. 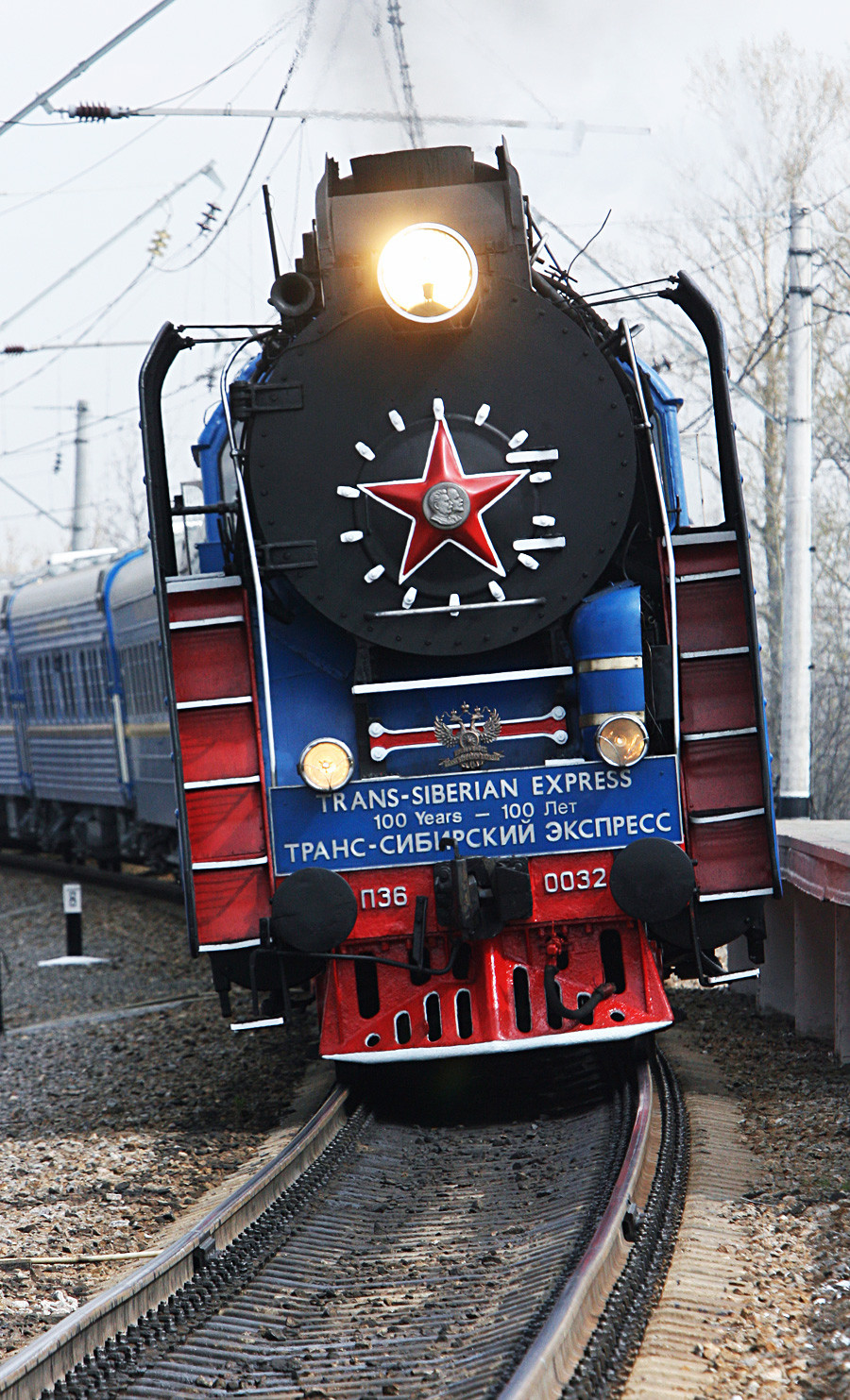 On the outside, the train looks nothing special, but inside the passengers are transported into a Tsar’s palace. It’s then subdivided into Gold and Silver classes. 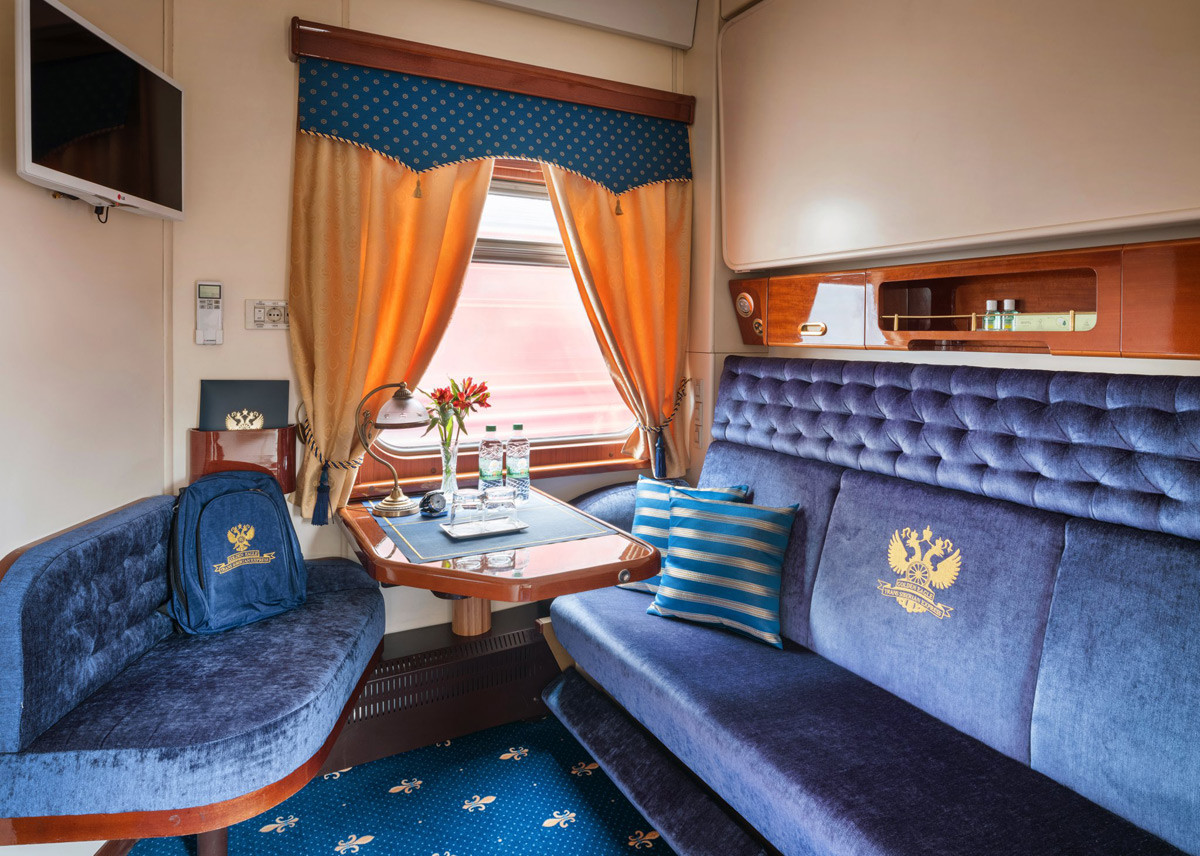 The Silver option has six coupes, the Golden one five, which are more spacious. In each you get a private bathroom, a large bed, a TV and a closet. You can also opt for several Imperial Suits, each featuring a bathtub! 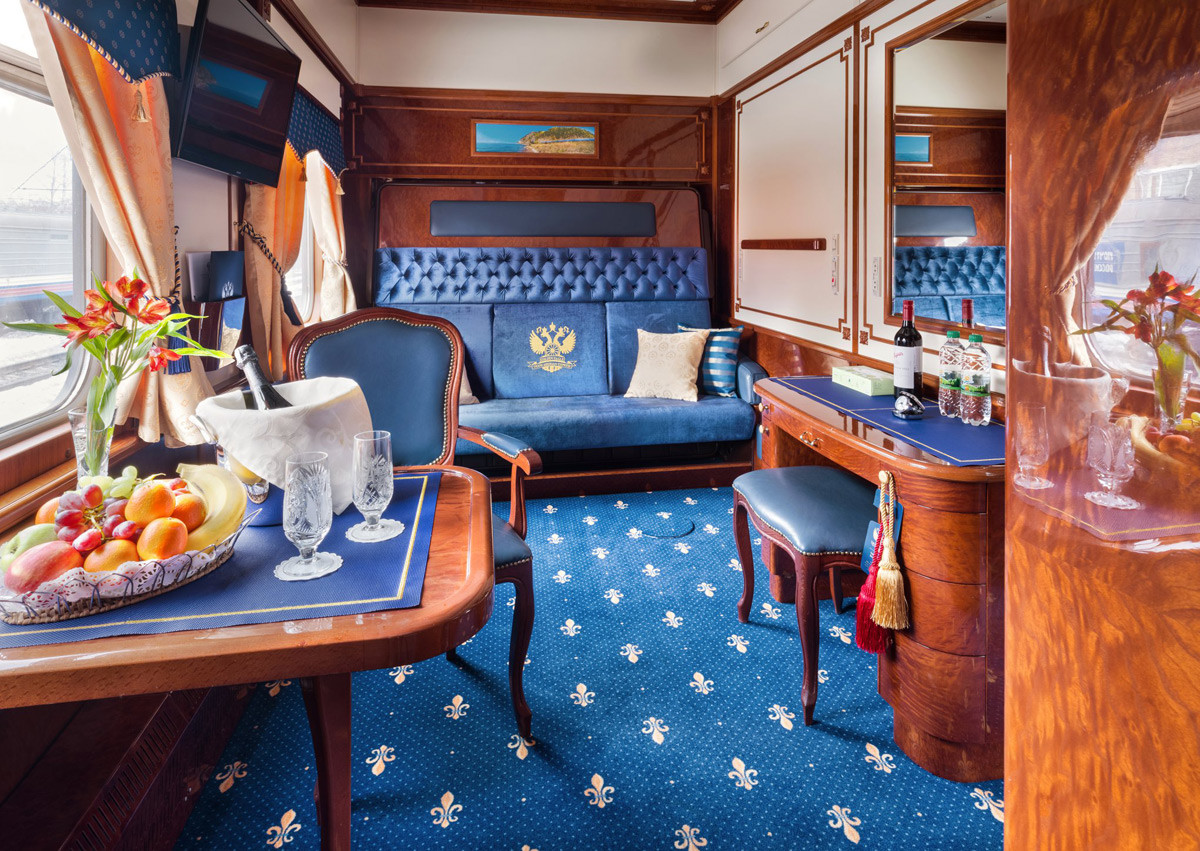 The train also boasts two restaurants, a bar, a beauty parlor, as well as a gym. 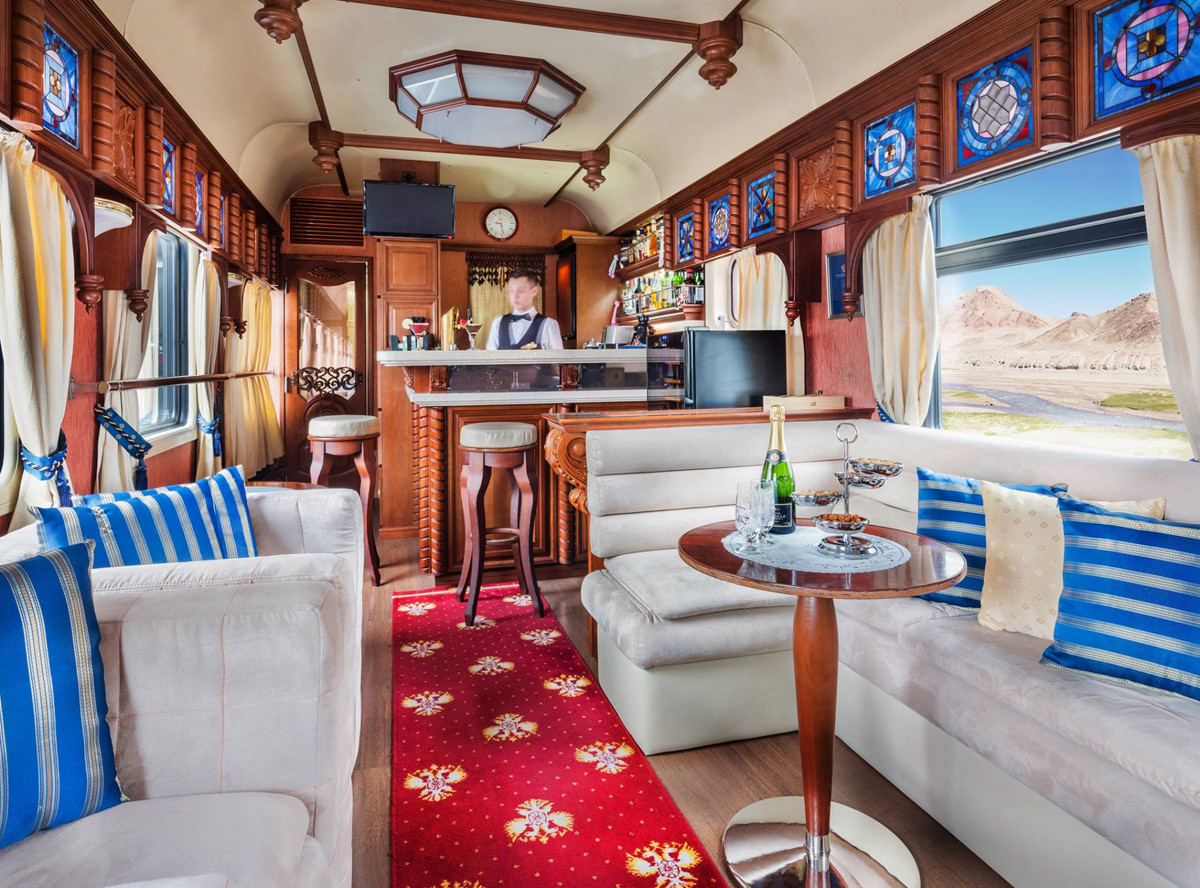 Travelers can enjoy traditional Russian cuisine, such as the good old borscht, pelmeni, caviar, blini and, of course, vodka. 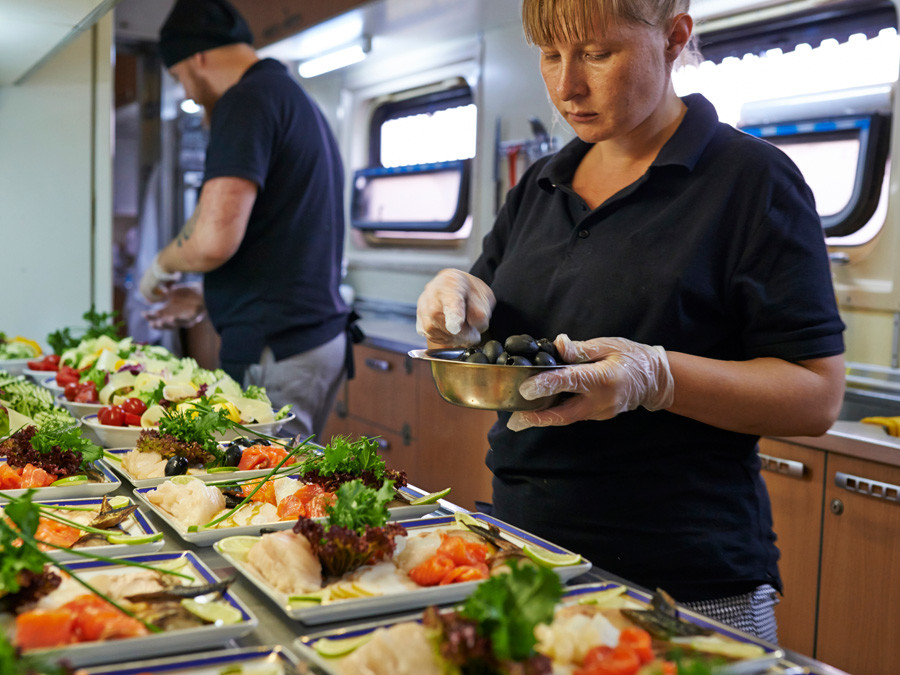 A double room aboard the train will set you back $14,995, just over a million rubles. The Gold option brings that up to $19,595. And then there’s the Imperial suite - a whopping $31,395, which is more than two million rubles. Guided tours and entertainment are included. 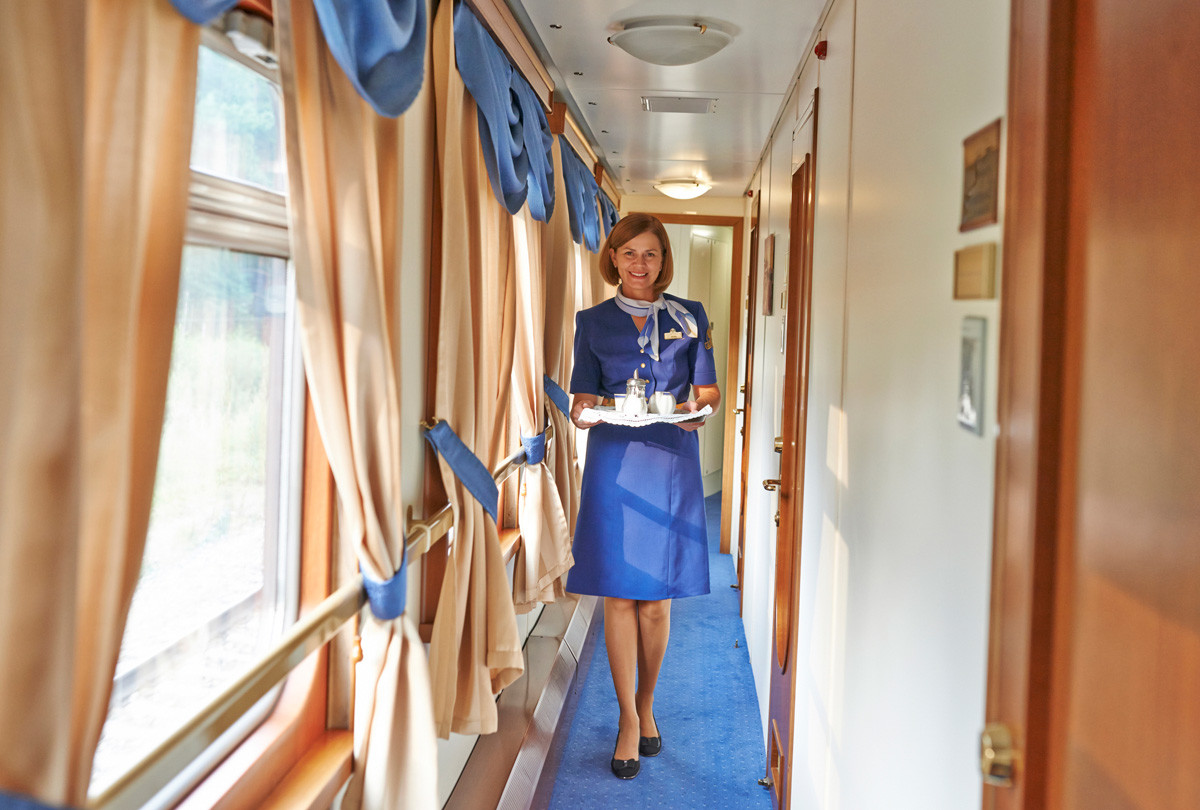