Travel
Anna Sorokina
Pass through the famous Nevsky Prospect, enjoy the view of the Hermitage and the Mariinsky Theater – just catch the right bus or tram, instead of a paid tour! 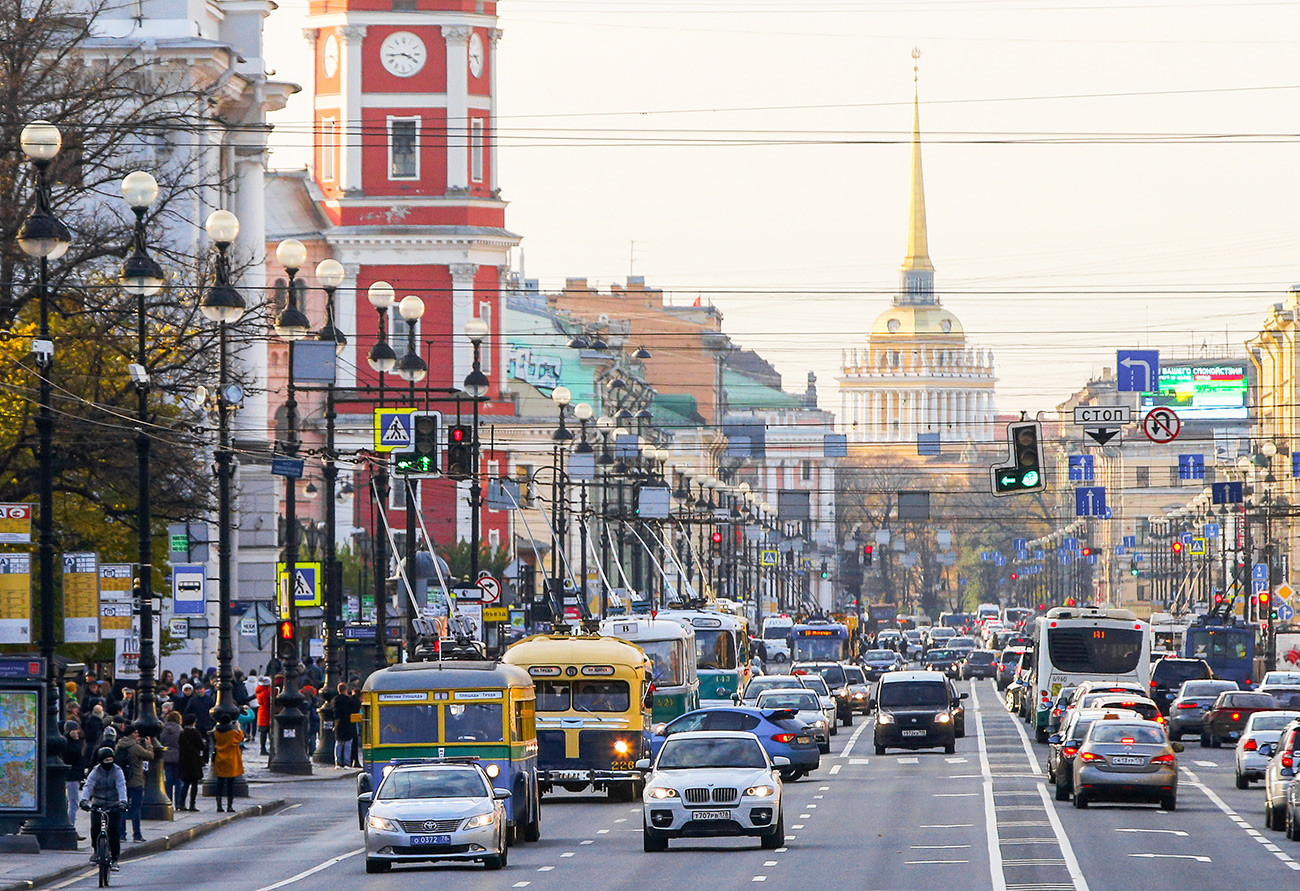 This is the longest trolleybus route in the city – 19 km! It links two residential areas via central districts. Get on near the Moskovsky railway station (the stop at the Nevsky Prospect) and choose any option: if you choose the Khasanskaya street direction, you’ll see the Saint Alexander Nevsky Lavra, then cross the Neva river, see the Makarov State University of the Naval and River Fleet, and Ladoga railway station. On the trip back, the trolley passes through the entire Nevsky, and you’ll see the Hermitage Museum, the Palace Square, the Admiralty building – and when you cross the Neva river, there will be the Kunstkammer and the Menshikov Palace. 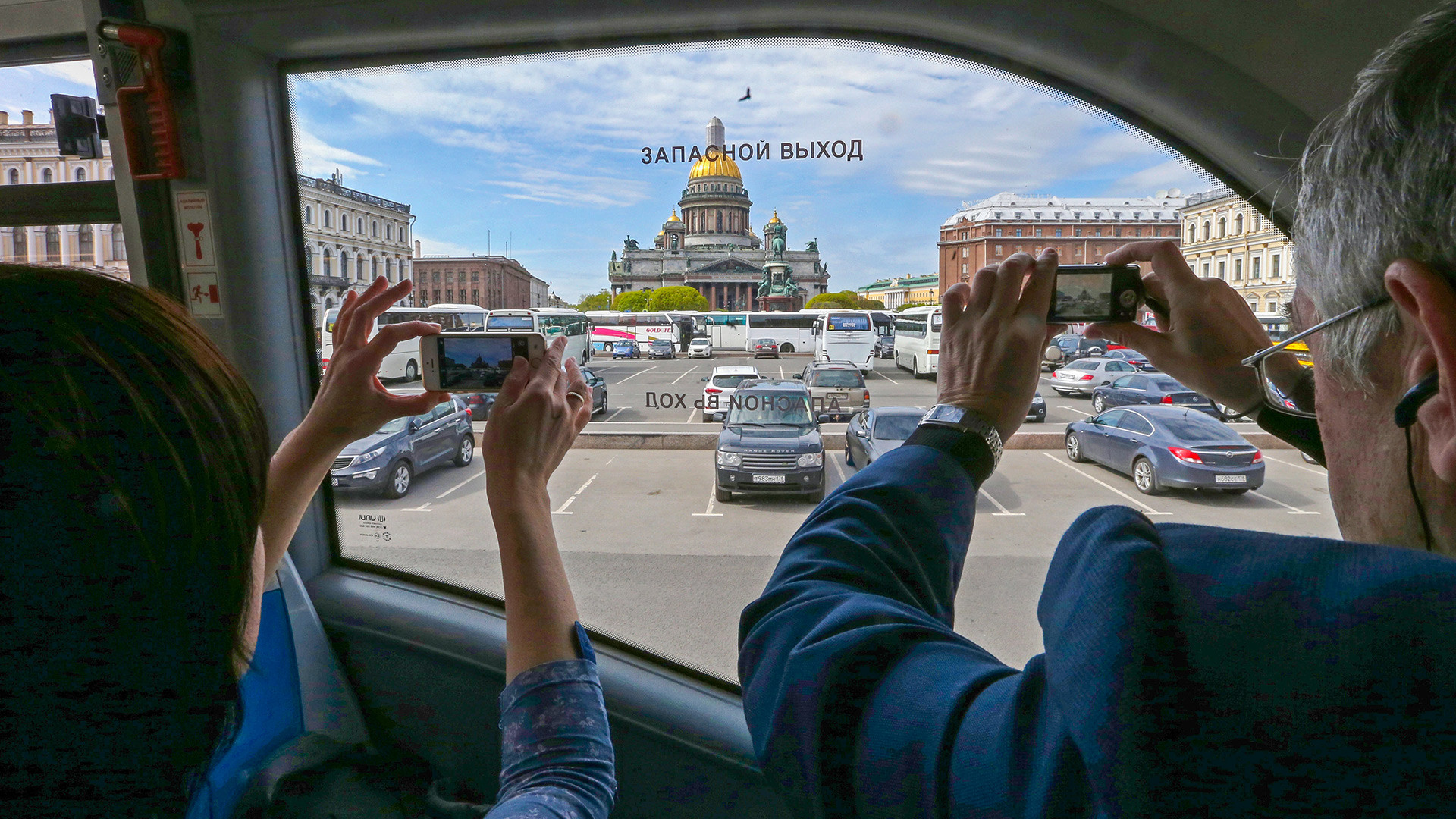 Another route to explore Nevsky is to take trolley no. 5 (from the Moskovsky railway, too). At the Admiralty it turns toward St. Isaac’s Cathedral, going through Malaya Morskaya street, passing by the Manage (former riding hall for the Imperial Horse Guards) and finishing almost near the Central Naval Museum. 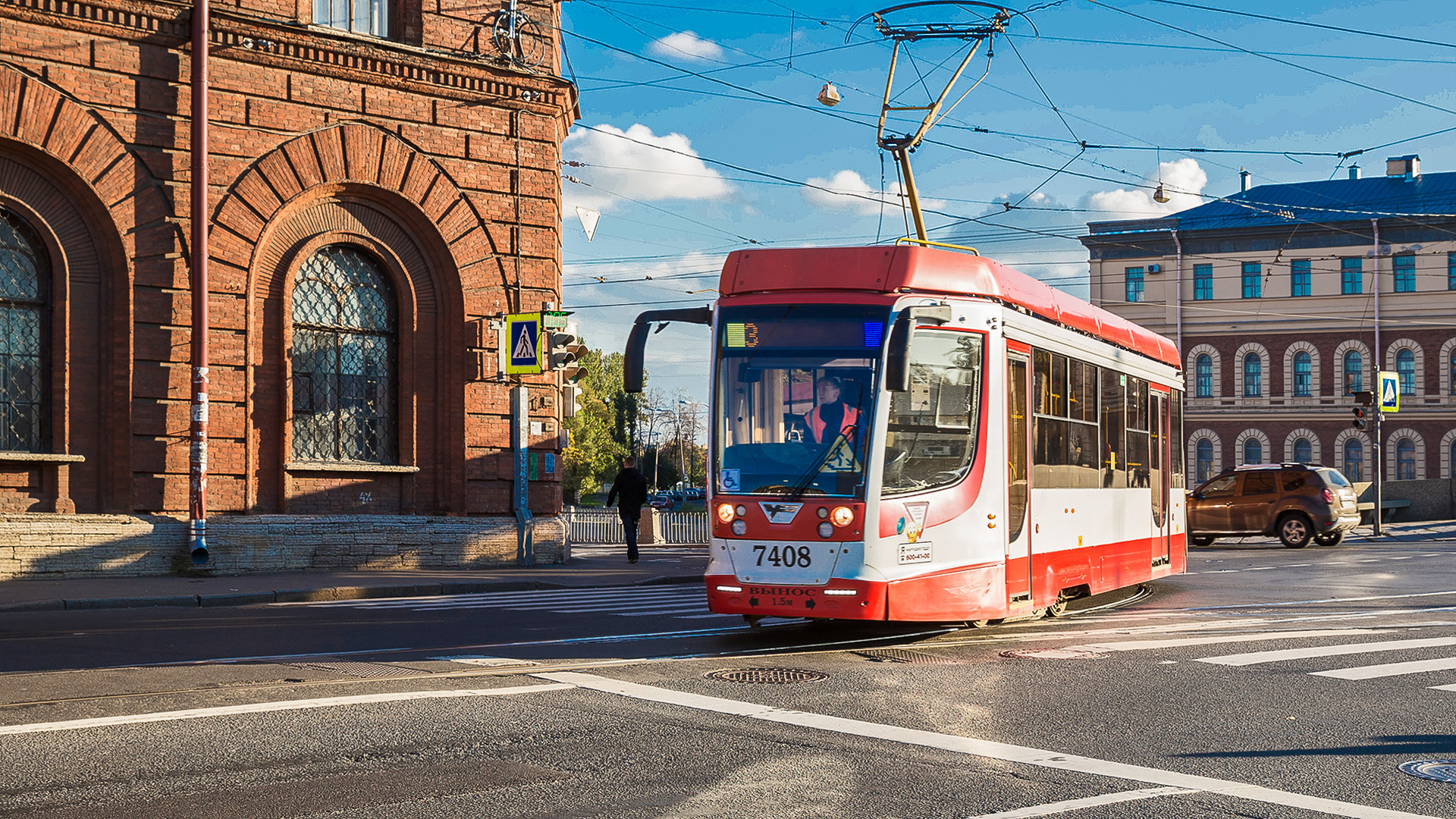 The short route takes you across Sadovaya street, one of the most beautiful and cozy, in the historical center of the city. The way goes parallel to the embankment of the Fontanka river and Griboeydov channel. Here you’ll see the Yusupov Garden, Sennaya Square, Gostiny Dvor (the oldest shopping center), Field of Mars, and Troitsky Bridge. The last stop is near the Finlyandsky railway station. 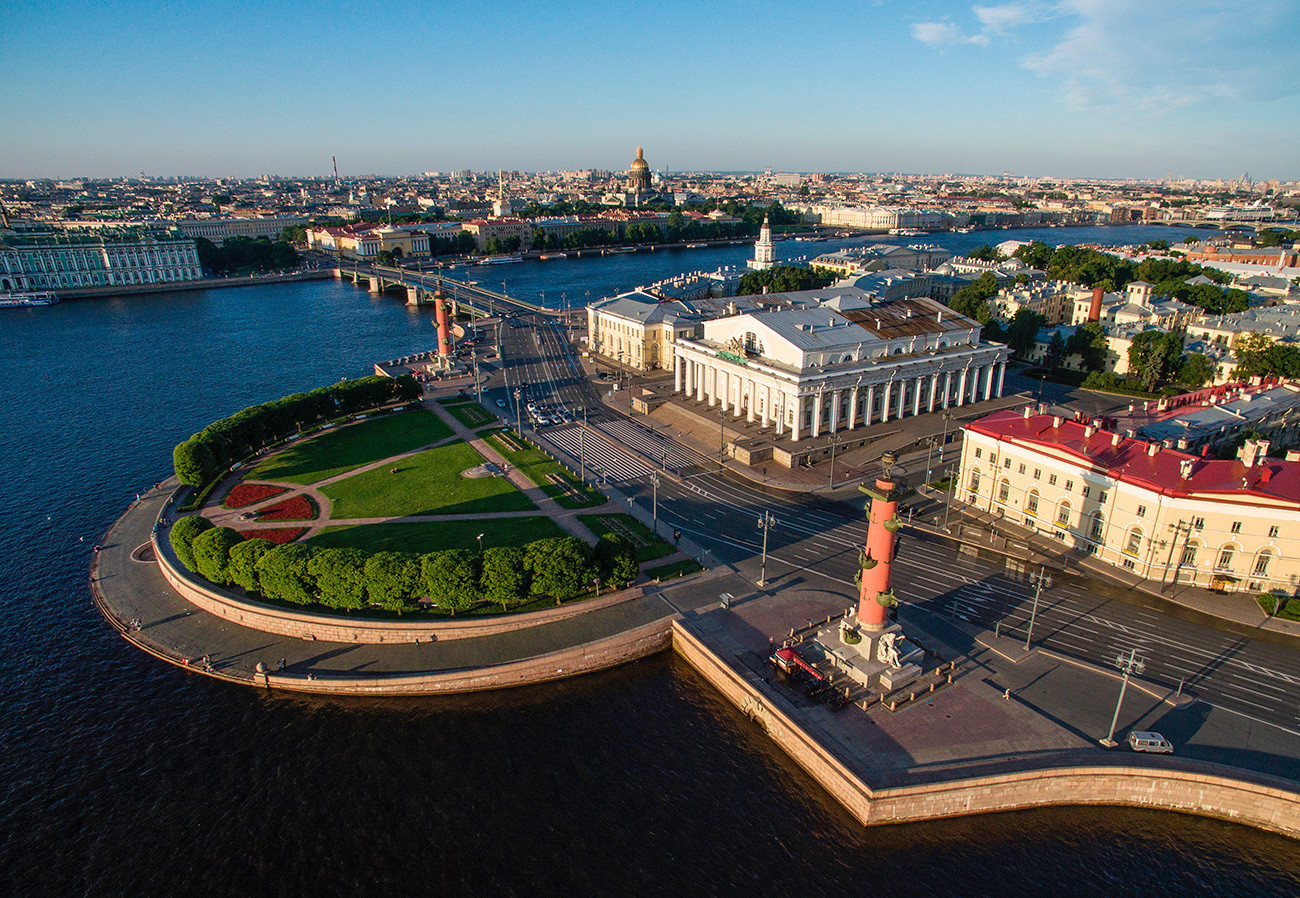 From Nevsky to Vasilyevsky island! The island is located in the view of the Hermitage, on the other side of the Neva river, and also holds many interesting landmarks for the curious traveler. If you take trolleybus 10 at the Hermitage or Kunstkammer, you can view the St. Andrew Cathedral, the island’s scenic garden, the Erarta Museum of Modern Art (really worth a visit!) and get off at the trendy Sevkabel Port creative cite and gastromarket. 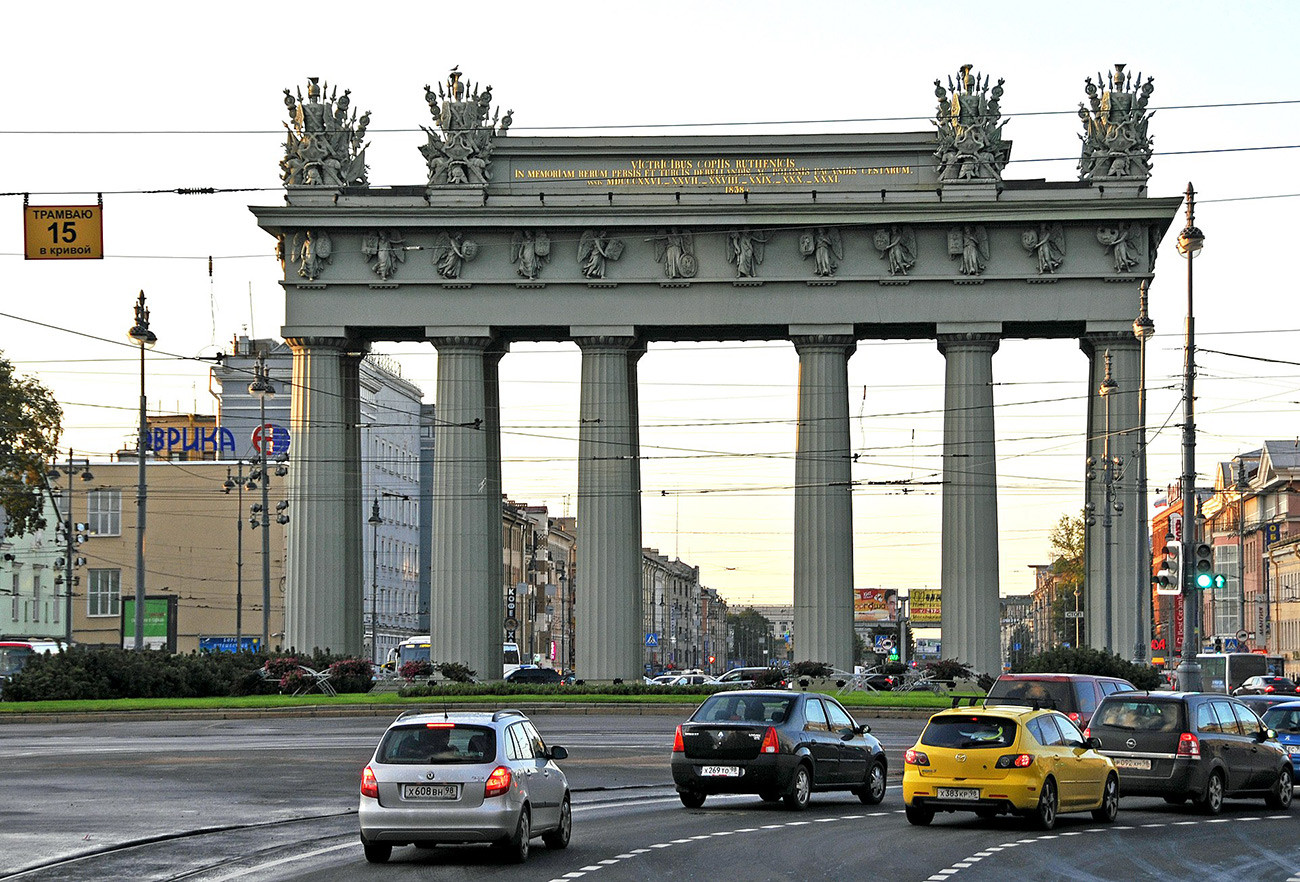 This is a very long route that you can try if you want to visit the Grand Maket Rossiya museum (Russia in a miniature version). The Zastavskaya street bus stop will not be far (the nearest metro is Moskovskiye Vorota). The bus takes you along Moskovsky Prospekt, through the Ligovsky and Nevsky Prospects, then turns toward Malaya Morskaya street. You will see St. Isaac's Cathedral, the Mariinsky Theater, the Moika river embankment and the New Holland island, which is quite far from any metro stations. 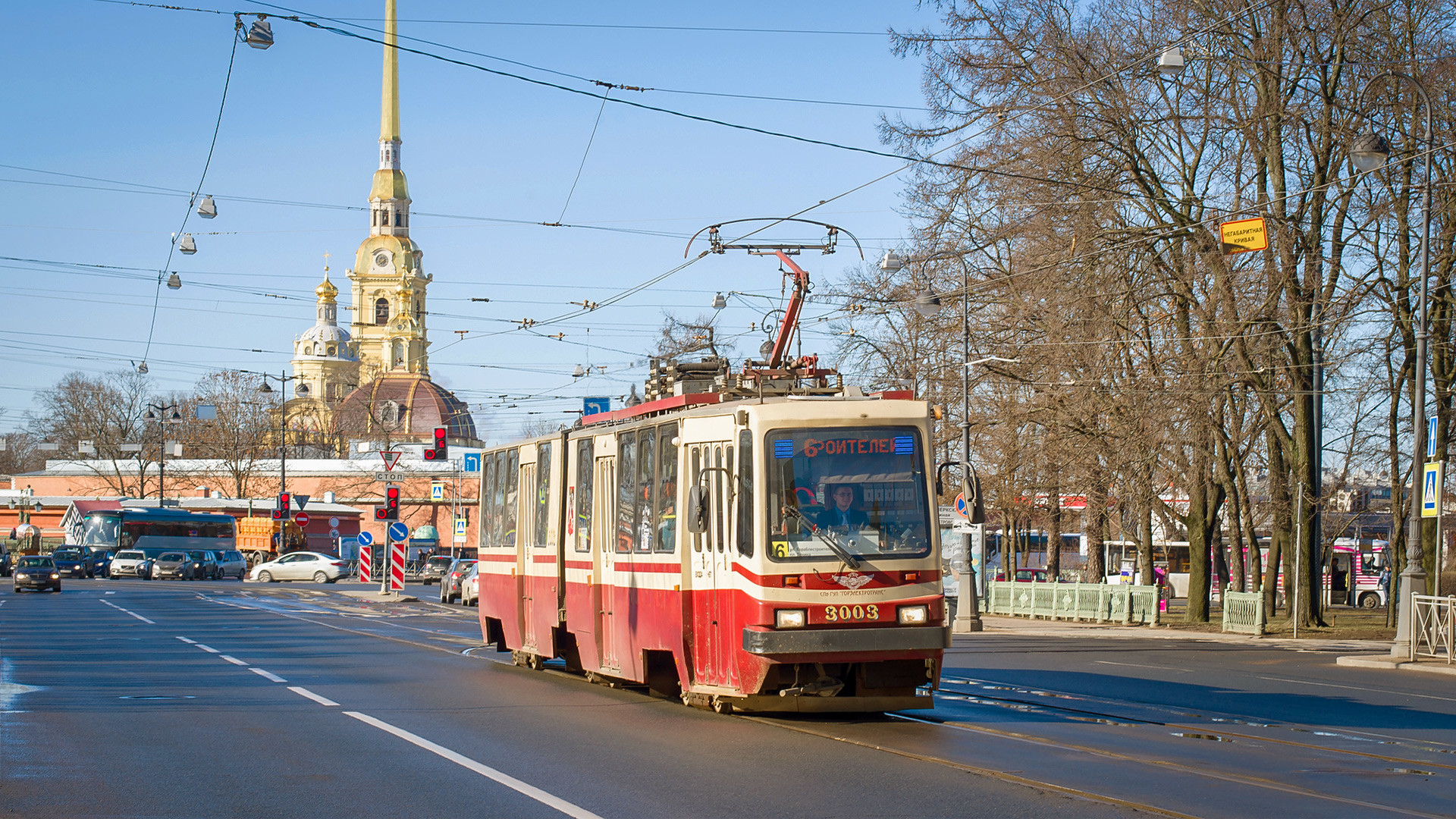 It’s one of the best routes to explore the Petrograd district of St. Petersburg! Get on at the Finlyandsky railway, cross the Bolshaya Nevka river (on the left you’ll see the Aurora cruiser), and then the tram will take you across the Kronversky Prospekt (where you can get off to make a photo of the Peter and Paul Fortress), to the huge Leningrad Zoo and the Tuchkov Bridge (which connects Petrograd district with Vasilyevsky Island). 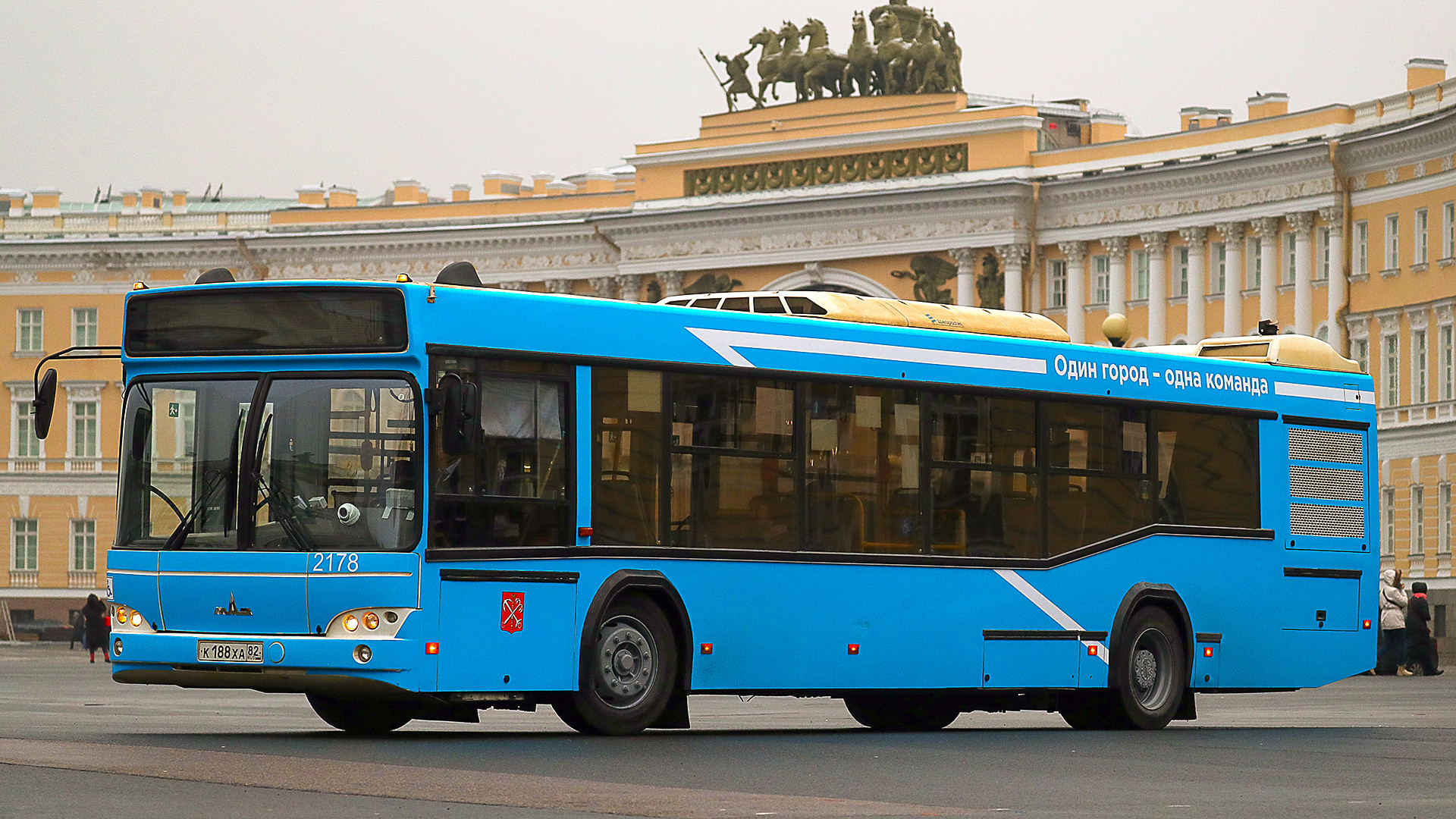 The very scenic route that links Krestovsky and Obvodny channel embankments. On the island, there is a large Maritime Victory park, the area with pre-Revolution country houses, and several modern stadiums. The bus traverses the whole island via Petrograd district, the Dvortsovy (Palace) Bridge, passes the Mariinsky palace and stops at the Baltiysky railway.