This American explored 70 Russian regions – and shares his life hacks 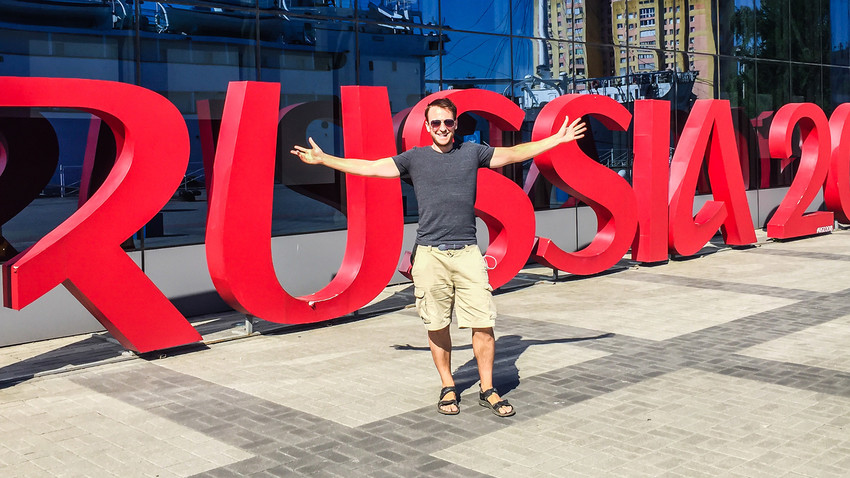 Personal arhive
How to travel without knowing a lick of Russian and knowing which places a tourist should avoid visiting.

Dustin Pfundheller, a 33-years-old dentist from Florida, is one of the most-travelled people in the world: at the age of 30, he’s already been to 236 countries (including all 193 UN states). He’s also managed to visit Russia 6 times between 2013-2019, covering 70 regions and over 100 cities. We found out some of his secrets on traveling in the biggest country in the world.

Want to see real Russia? Go to the regions 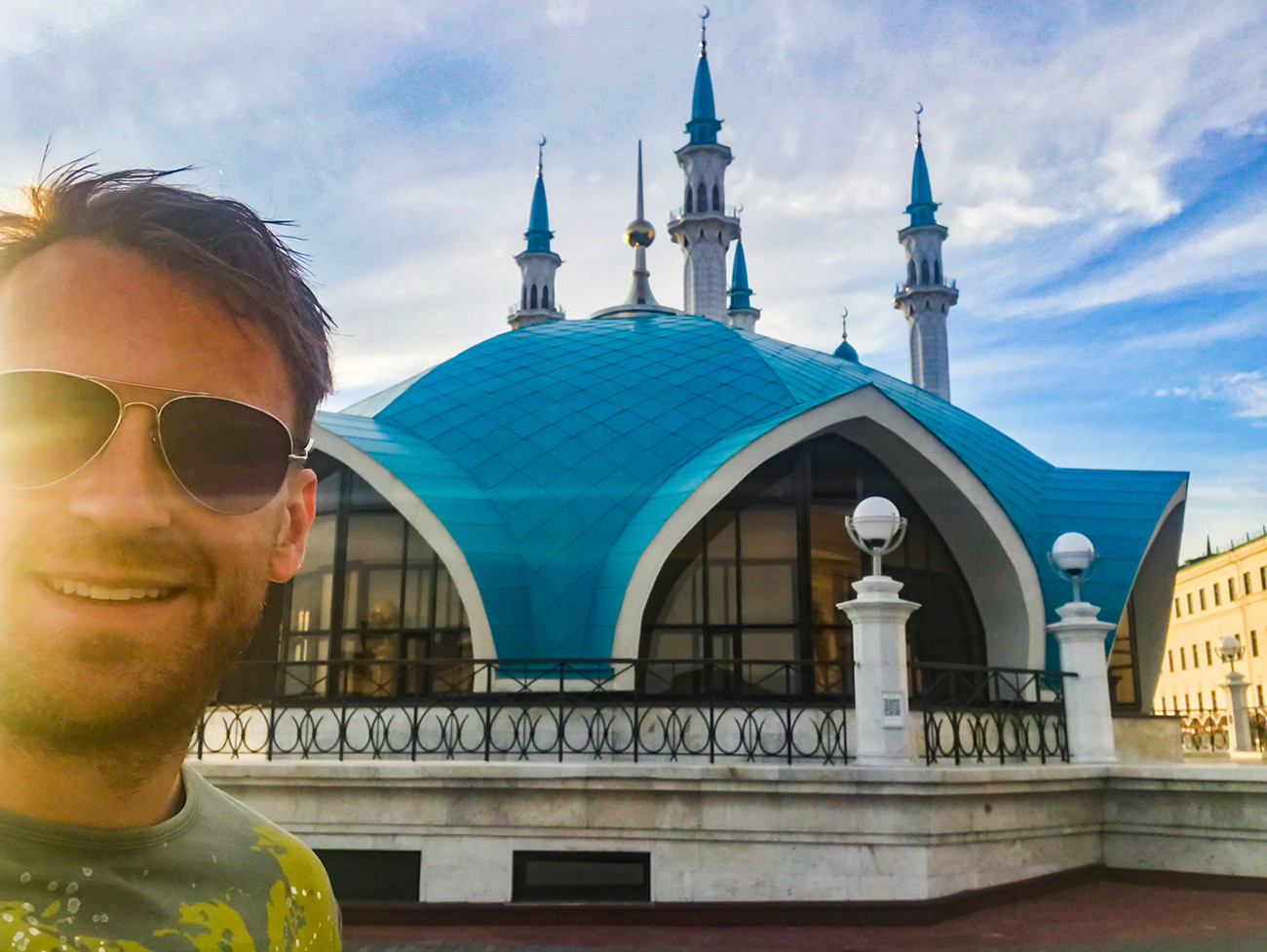 Most foreign tourists only visit Moscow, St. Petersburg and, maybe, Lake Baikal, but Dustin insists Russia offers much more interesting places to see. He’s been in 70 of the country’s 85 regions, except the most unreachable ones in the east, like Kamchatka and Chukotka. “The first time, I was just in Moscow and St. Petersburg, the next time – Eastern Russia, and then North and South Ossetia, Chechnya; then I did several road trips where I drove all around Russia in a rental car,” he told Russia Beyond. 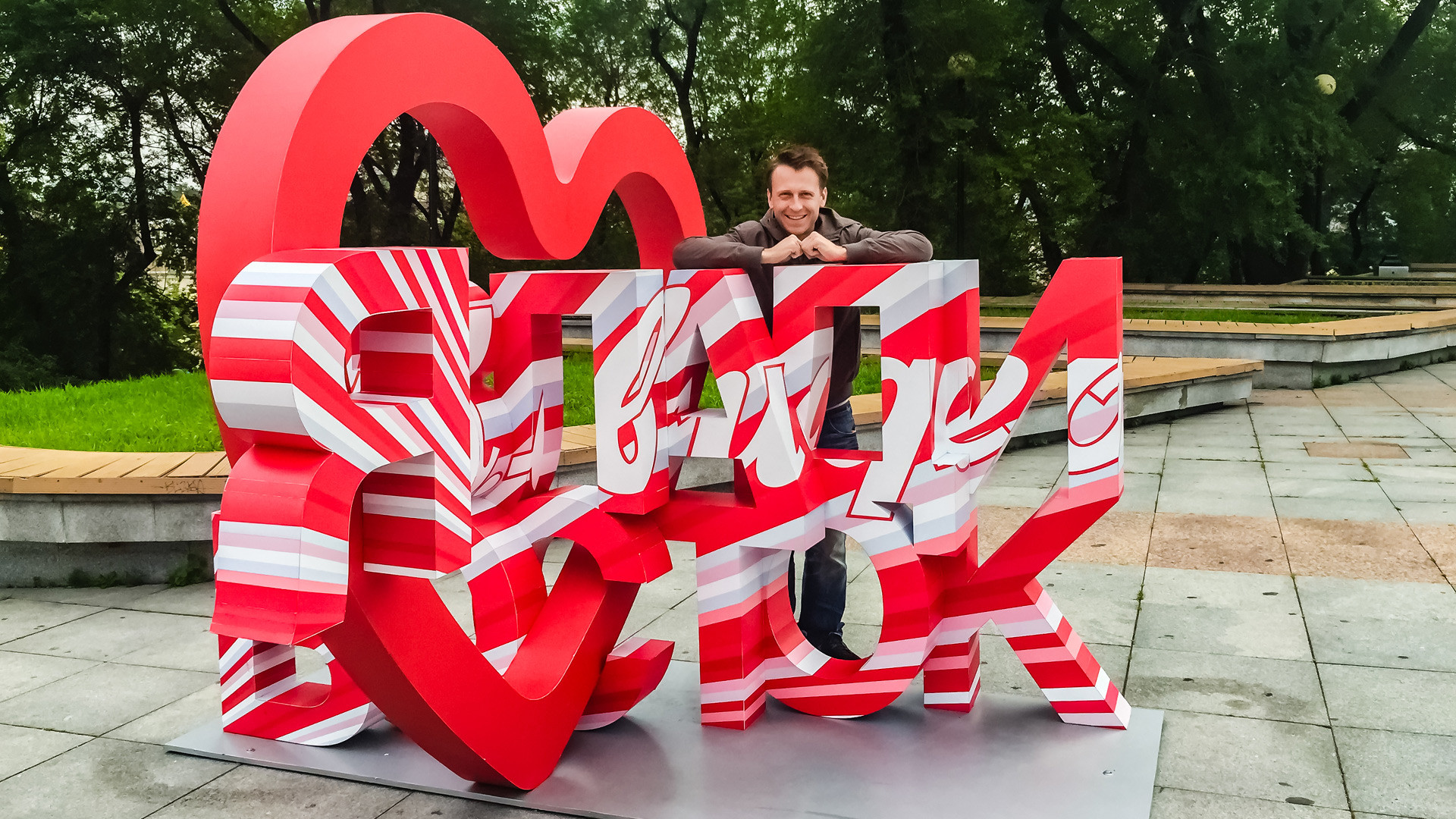 In total, he’s been in more than 100 cities, including small settlements, and says he’s enjoyed them all. Here’s a list of his favorites:

“Most people don’t realize that traveling around Russia can be very affordable. For people on a budget, there are hostels in every city that are cheap, and the food is amazing, while gas and transport tickets are inexpensive, too,” Dustin says.

Remember, that some zones are RESTRICTED for foreigners! 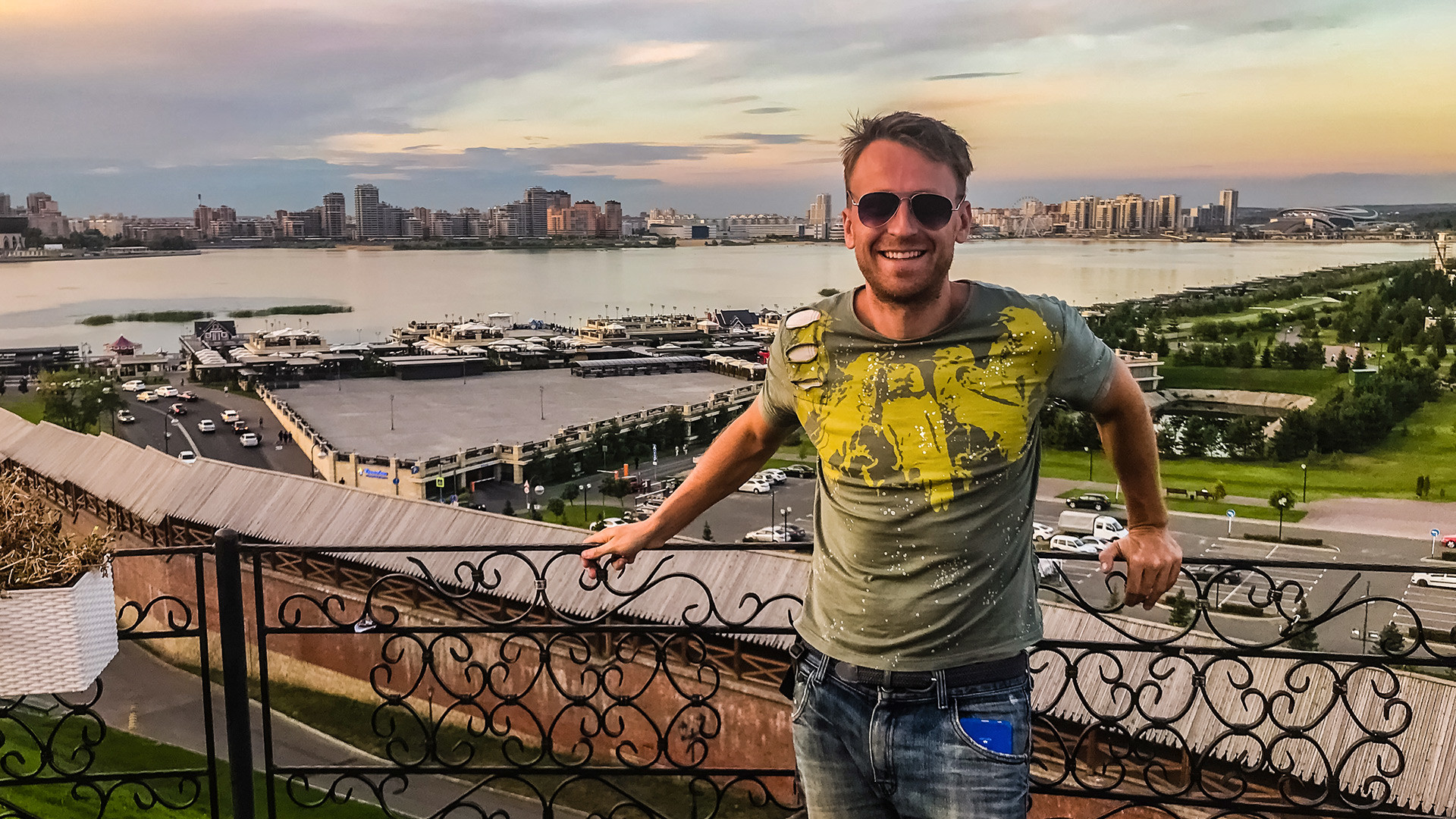 Things might get harder if you try to visit restricted areas, though. Some places and whole areas in Russia sometimes require a separate special permit to get into. They include border zones, strategic hubs and even some pristine territories of the Russian North. Among these places are the Taymyr Peninsula, Chukotka Region; most of Kamchatka, and more. 18 Russian regions have such restricted places. Getting there is still possible - but do read our guide on how to do it first! 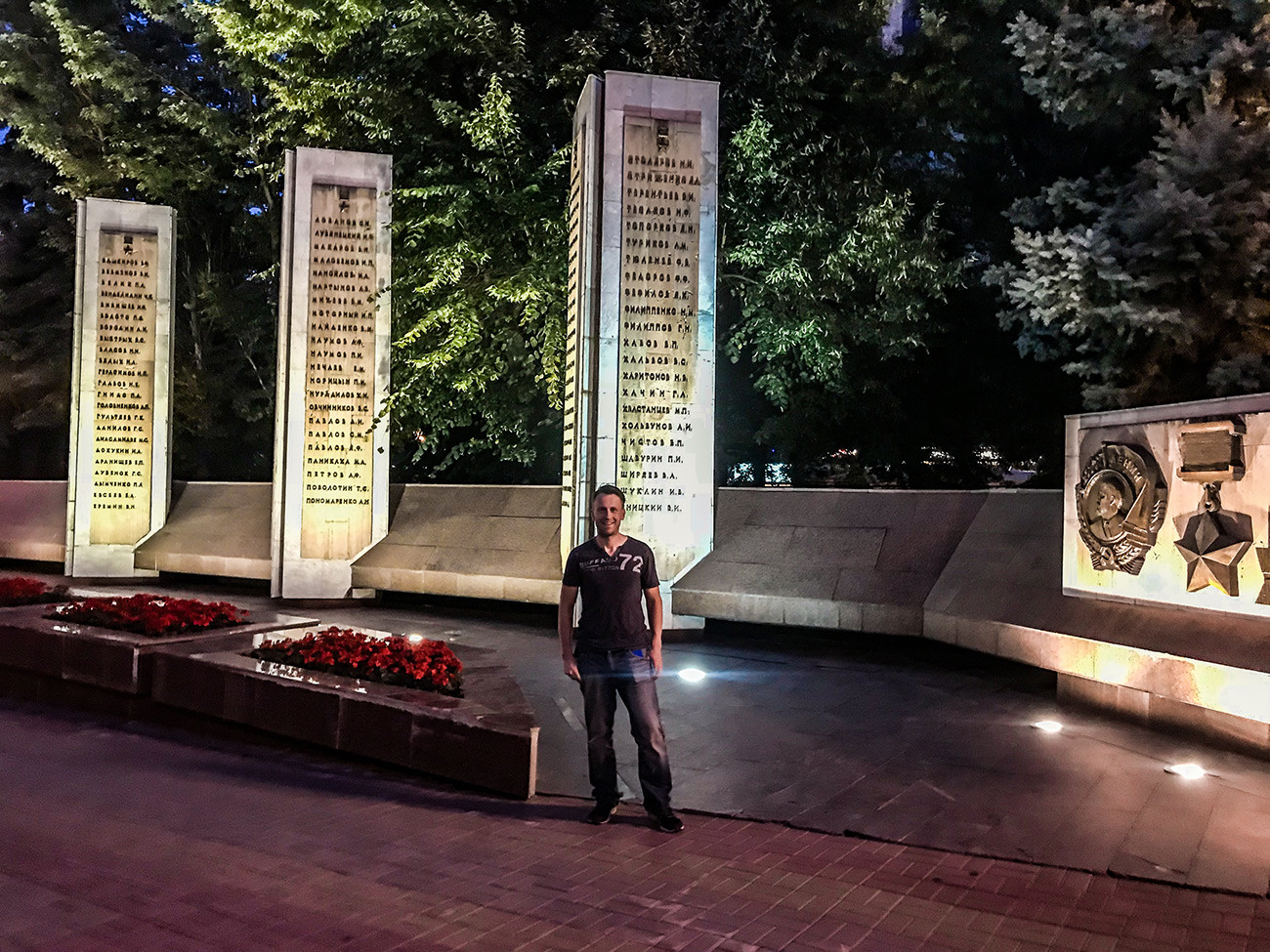 Dustin didn’t and got into trouble in Siberia.

“I tried to get to Russia from Mongolia via the border near one village in the Tyva Republic in a rental car.

But then realized that Americans aren’t allowed to cross that border. Then I tried to go through the mountains, but I didn’t imagine I needed a permit to do that. There were no signs in English,” Dustin said.

“So I ended up at a Russian military base – and all the Russian men there had never met an American before. But they were nice to me, gave me food, chatted with me. And yes, they asked many questions and took my fingerprints – because I had gone to a place that needs a permit.” He was told that the border was only open to Russians and Mongols – and that he had to drive much farther than expected to the next checkpoint to cross – a good 20 hours instead of the planned 3.

It’s true that most Russians don’t speak English, especially outside big cities. But could it stop you from traveling without a tour guide? No, says Dustin. “Sometimes I had trouble finding my hostel,” he recalls, “and I could only show a picture of this place to a local passerby – and he/she always walked me there!”

In cafés, he would order the dishes that others did, or just pointed at the photos, if the menu had them. “Russians can be so helpful and welcoming, even when they don’t speak English.” 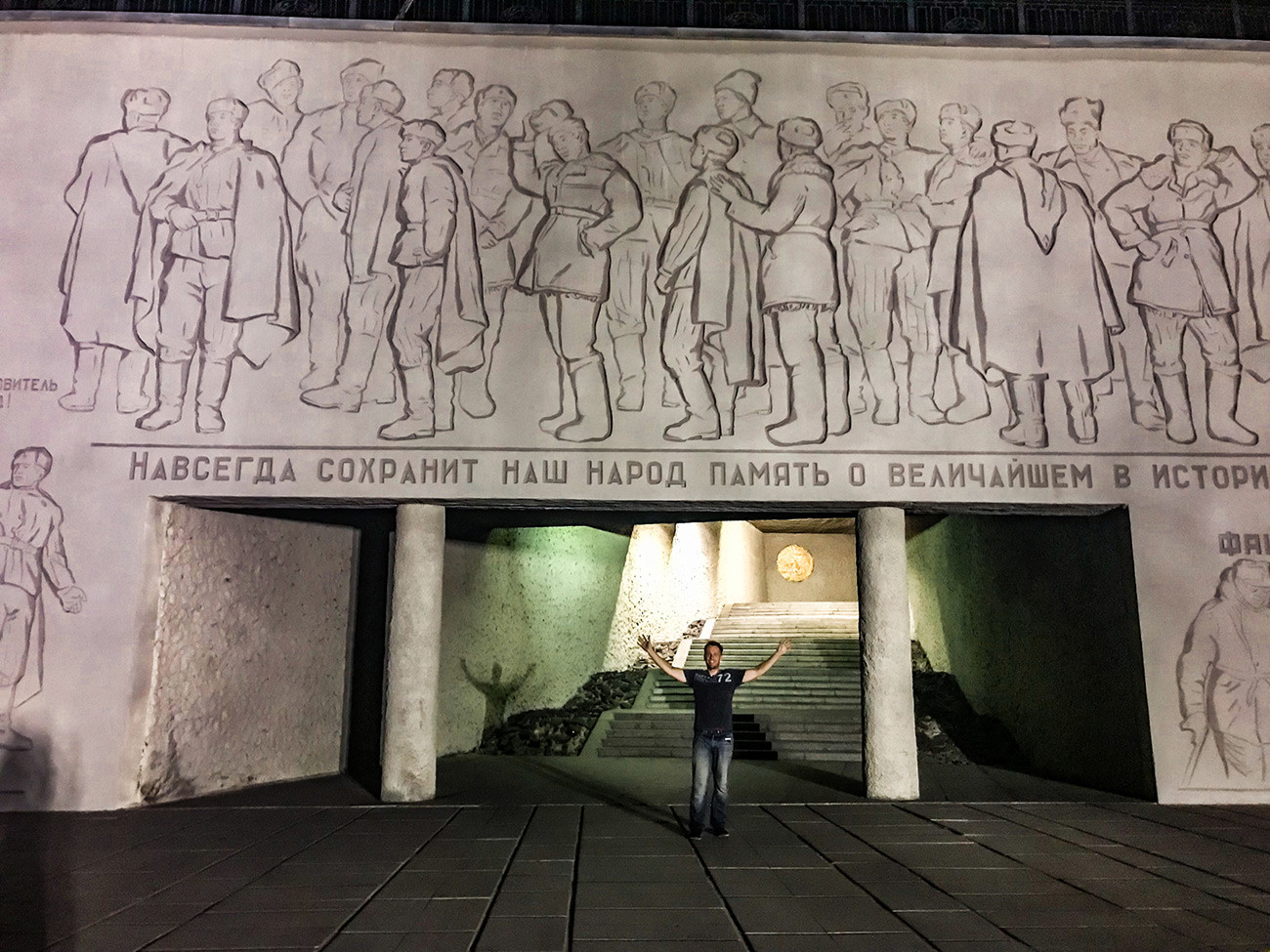 Getting to know the locals helped him many times during his adventures. “I discovered that everywhere in Russia was safe and fun to visit. There are not many American tourists visiting places like Chechnya – but that made visiting even better,” he said, adding that he was not only in Grozny (Chechnya’s capital) but in the nearby mountains and woods, too. “People in Chechnya were excited to meet an American and they invited me over for dinner and other Russians took me on a tour of the city.”

“As I traveled around the smaller Russian cities, I kept making Russian friends and they reminded me so much of my family in my home state of Wisconsin. They are the same! My cousins are from a small city and love hunting and fishing. They love fixing their car, taking road trips, doing silly crazy things. After traveling the entire world, I discovered that the most similar people to people from Wisconsin are Russians,” Dustin said.