How safe is Moscow for tourists? 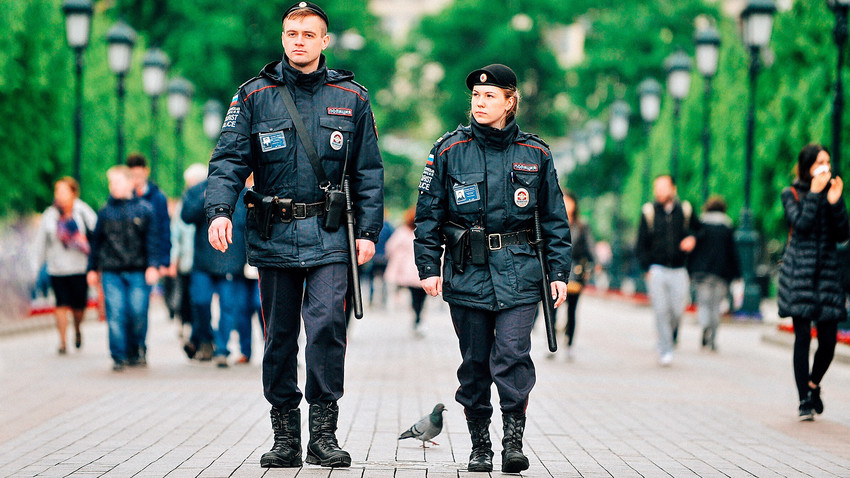 Sergei Kiselev/Moskva Agency
Can you walk around the city at night and should you be afraid of being scammed?

Moscow is an enormous city. 12 million people live here and many others commute in from the Moscow Region for work each day. And although there is no particular danger for either tourists or locals, it is, as in any big city, always worth using common sense. We'll tell you how to avoid running into trouble and which areas you might want to avoid.

Is the city center safe? 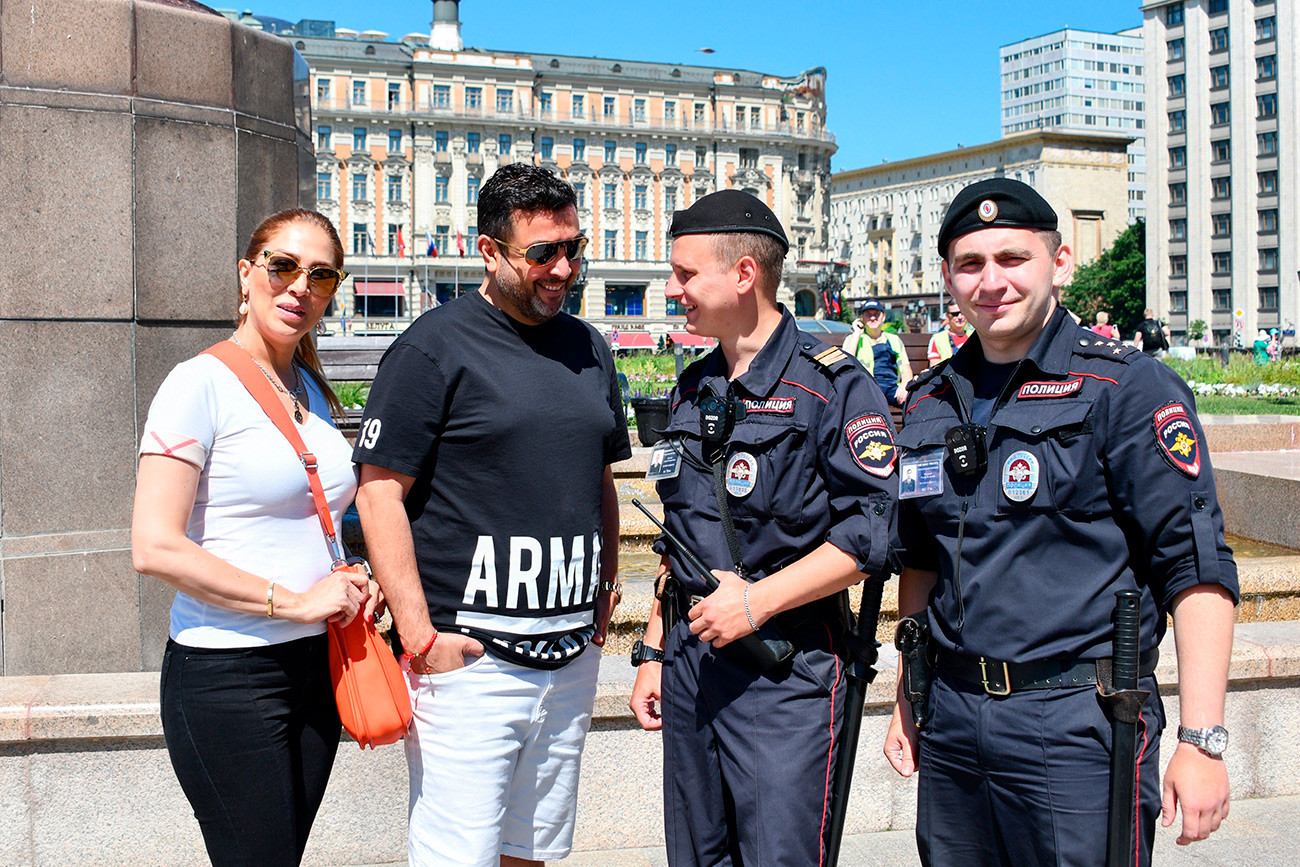 “I was shocked to see people using their laptops in parks in the evening,” says Nicholas Font from Argentina, who visited Moscow in May. “Of course, I was careful with my belongings, but I wasn't afraid of wearing my bag in the city center.”

The city center (and it is a very big city center) is generally convenient and safe for walking around. Pedestrians enjoy wide sidewalks and relatively calm road traffic. There are tourist police (who speak English), not to mention the ordinary police. Of course, there is never any guarantee that you won’t encounter a thief, and so to stay on the safe side keep your documents and money in places that are inaccessible to others. Red Square, Nikolskaya Street and Arbat are the most touristy places, so it’s worth being a little more aware of pickpockets in these areas.

Remember that in Moscow the police can stop you to check your ID. But unless you have committed some kind of crime there is generally nothing to worry about: You just need to show your passport and visa. "I was asked to show my passport and visa three times. Once in St. Petersburg and twice in Moscow," says our reader Ghazali Khan from Dubai. "Police in Russia are polite and professional. Most of them don’t speak English, but they understand your gestures."

Can you walk around at night? 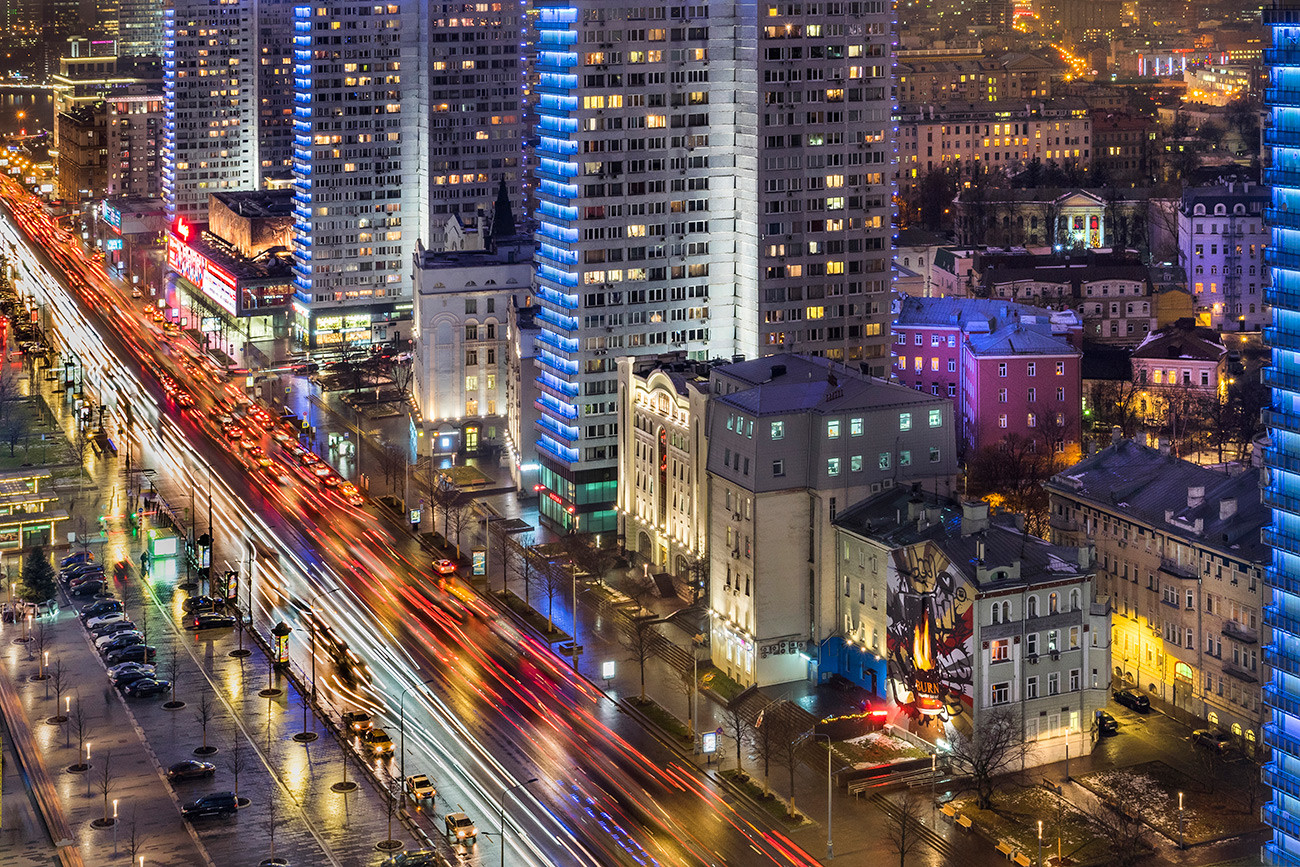 Have you heard the expression "Moscow never sleeps?" Well, this is very true. The city center is buzzing 24 hours a day, and even on the outskirts you are likely to see people out and about even late at night. On a Friday or Saturday night there are likely to be even more people out on the streets than in the daytime. Of course, when it is minus 20 degrees Celsius in the winter, it isn’t as much fun as in the summer, but the only time Moscow really feels deserted is on the morning of Jan. 1.

According to a recent poll conducted by The Economist, Moscow came in at 37 out of 60 big cities around the world in its Safe City Index. (Tokyo, Singapore and Osaka were at the top of the list). In other words, the Russian capital is pretty much average when it comes to safety.

Is it safe to go to the suburbs? 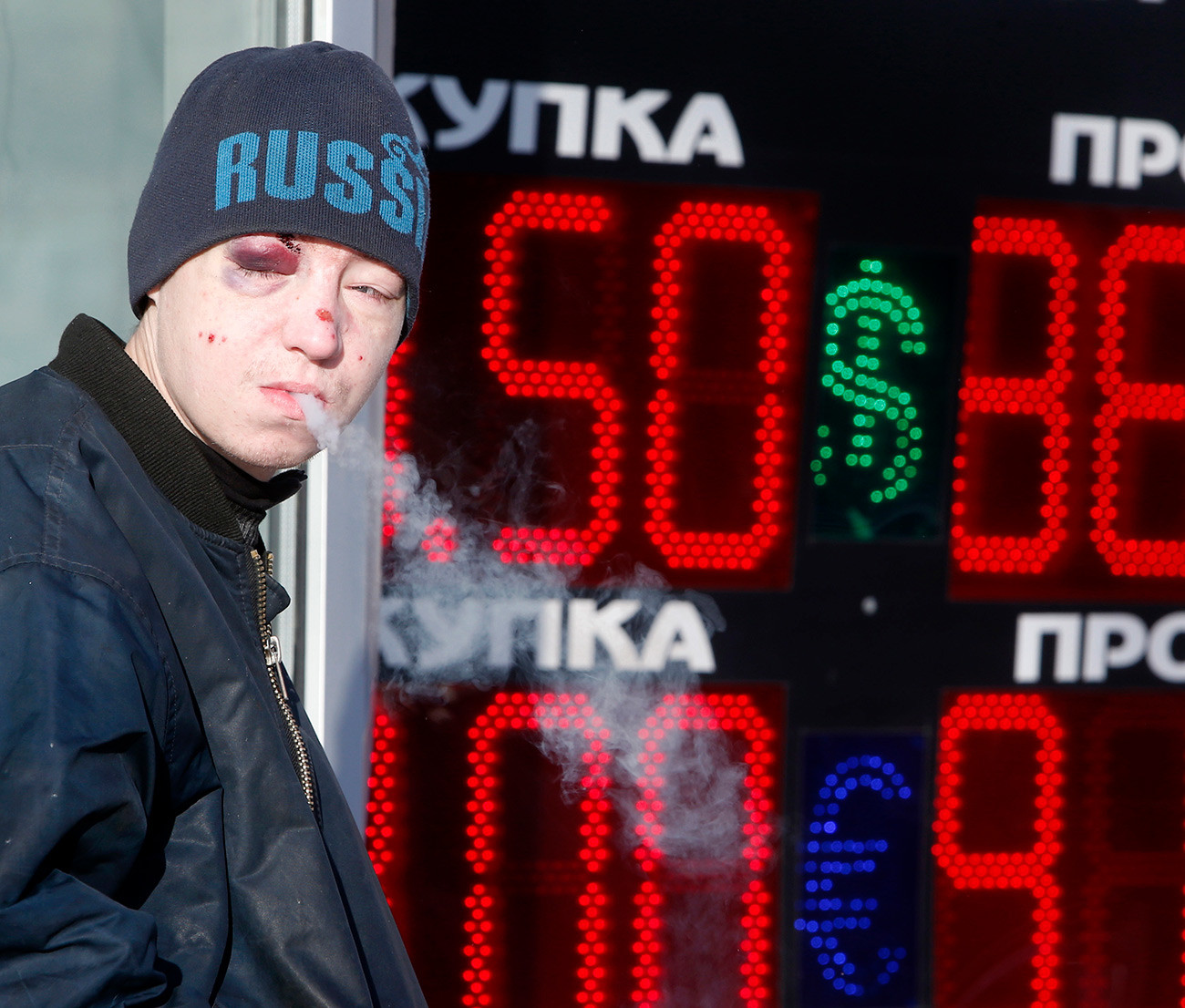 As a general rule, the police record more crimes in the city center than elsewhere. For instance, 2,846 crimes—mainly robberies and muggings—were recorded in 2018 in the Presnensky District between Arbat and Moscow City.

At the same time, over the past year these numbers have gone down by 20 percent, according to the prosecutor's office.

The city suburbs, with the exceptions of the Maryino and Perovo districts, are generally regarded as quite safe. So if you have a desire to see how ordinary Muscovites live, don't hesitate to hop on the metro and ride out to Vladykino, for example. Just work out your route in advance as you might not run into many people who speak English out there.

What about public transport and taxis? 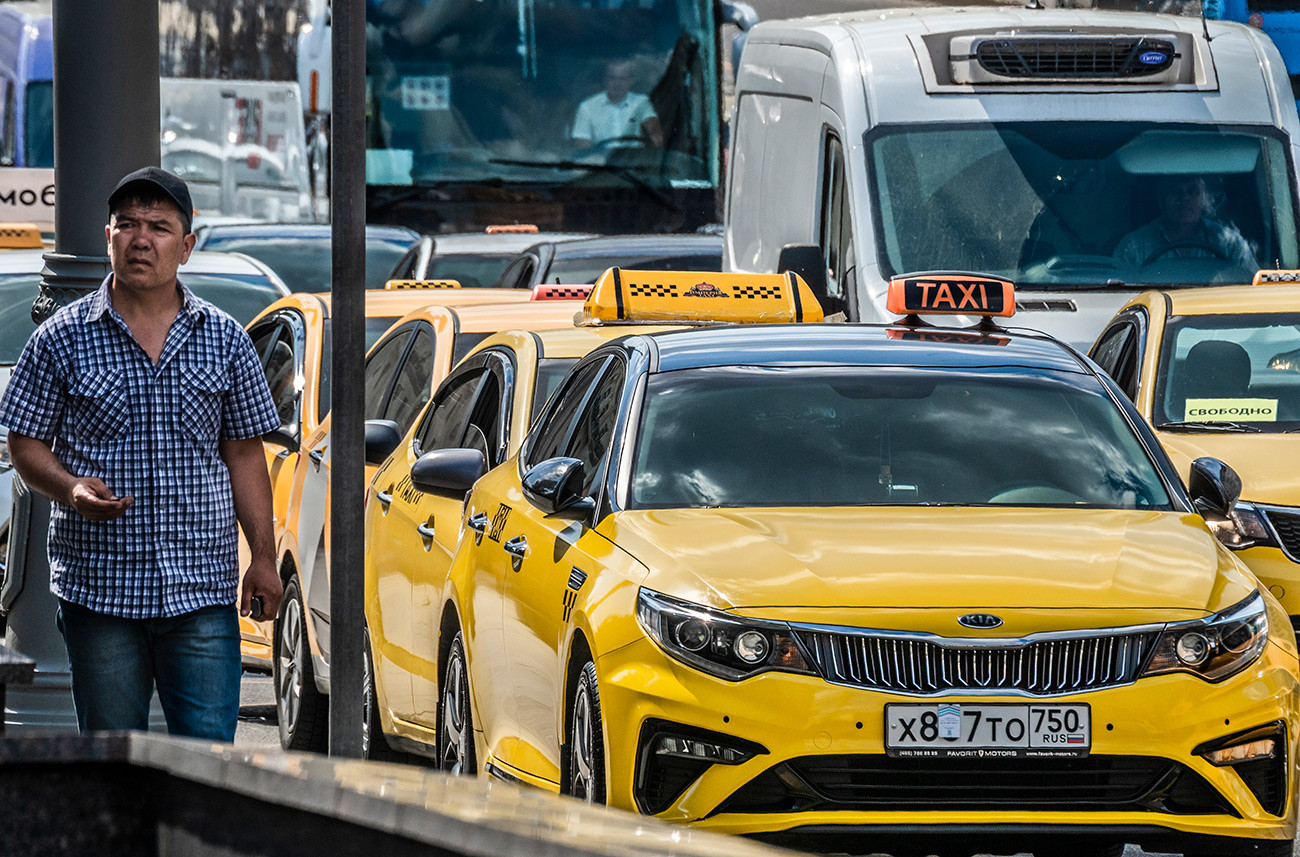 When Russia hosted the FIFA World Cup in 2018, there were many stories of unscrupulous taxi drivers charging tourists astronomical amounts, sometimes as high as a thousand dollars, for a trip from the airport to the center. In order to avoid such unpleasant surprises, avoid airport taxis altogether and instead download Uber or Yandex Taxi on your phone and then pay by card rather than with cash. You will see the cost of the journey at the time of booking, and this won't change when you arrive at your destination. And if you have a strong desire to leave a tip, you can do so online. For your information, the cost of a journey from the airport to the city shouldn’t cost more than $30 (unless you order a luxury car, of course). While you can also find official taxis at the airport, these will be significantly more expensive than ordering one off Yandex Taxi or Uber.

Travelling around the city by metro, bus or trolleybus is generally quite convenient. The Moscow metro is one of the most reliable and safe (not to mention beautiful) underground transport systems in the world. The trains are new and run at short intervals. CCTVs are everywhere in the metro, and there are police at every station. Gabriel Infante Carrillo from Mexico City says that while riding the Moscow metro he had to put his backpack through an X-ray machine, but that the official was very polite with him. "I was not surprised at all, I knew beforehand that this could happen due to security reasons," he said.

Aboveground transport by and large uses specially allocated lanes, and while waiting you can pass the time at "smart" bus stops that have Wi-Fi, electric sockets and an electronic bus schedule in Latin script. 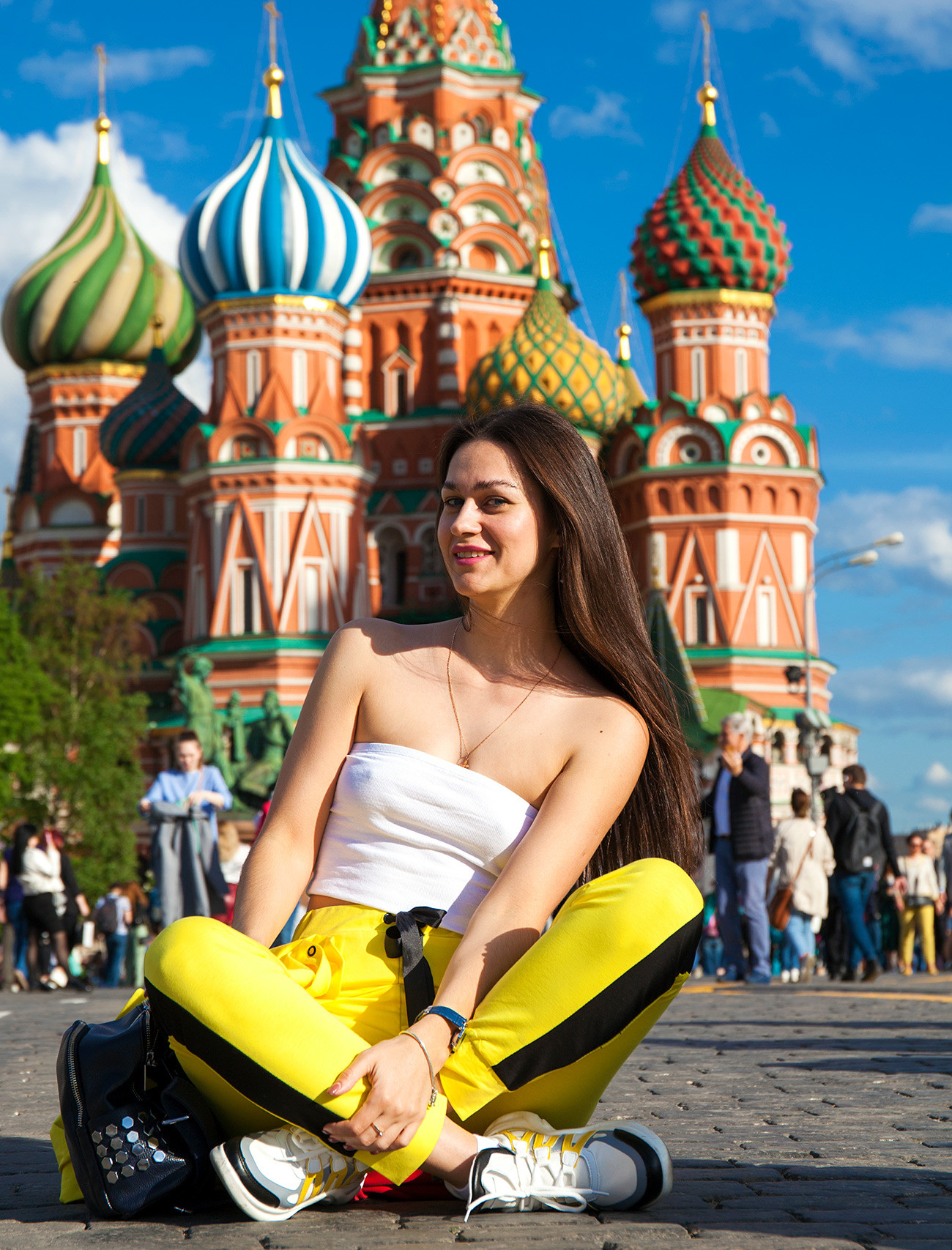 It is generally rare for anyone in Moscow to pester women in the street or catcall them, especially if they see that she is a foreign tourist. Russian men are usually restrained and, even if they like a girl VERY MUCH, it is usually sufficient to politely decline their advances. So Moscow is a perfectly safe city solo women.