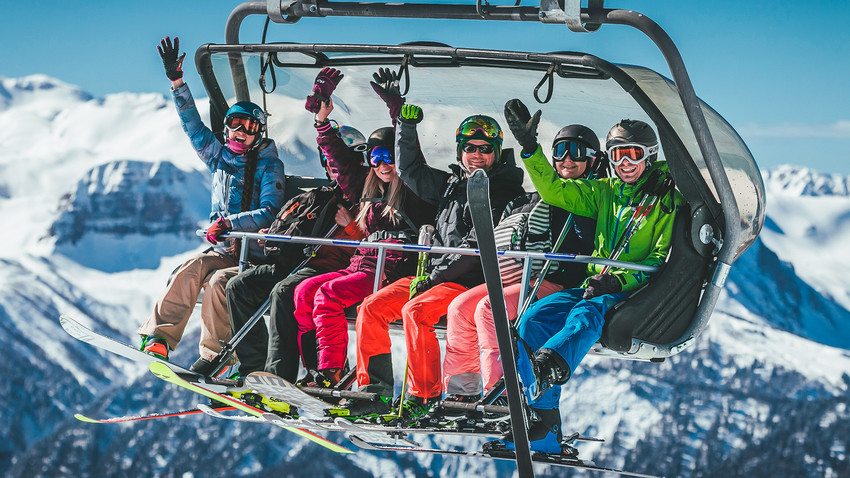 Press photo
Ever wonder if there are any places to downhill ski in Russia? Well, there are! But are they good enough to entice foreigners? We asked those who dared to come.

More than 120 members of the Journalist International Ski Club (SCIJ) came to Sochi in January 2020 for the annual SCIJ meeting. Over the course of a week journalists skied and snowboarded in Rosa Khutor ski resort and explored the Olympic slopes that appeared here thanks to the 2014 Winter Games. We asked them how they liked skiing and snowboarding in Sochi. 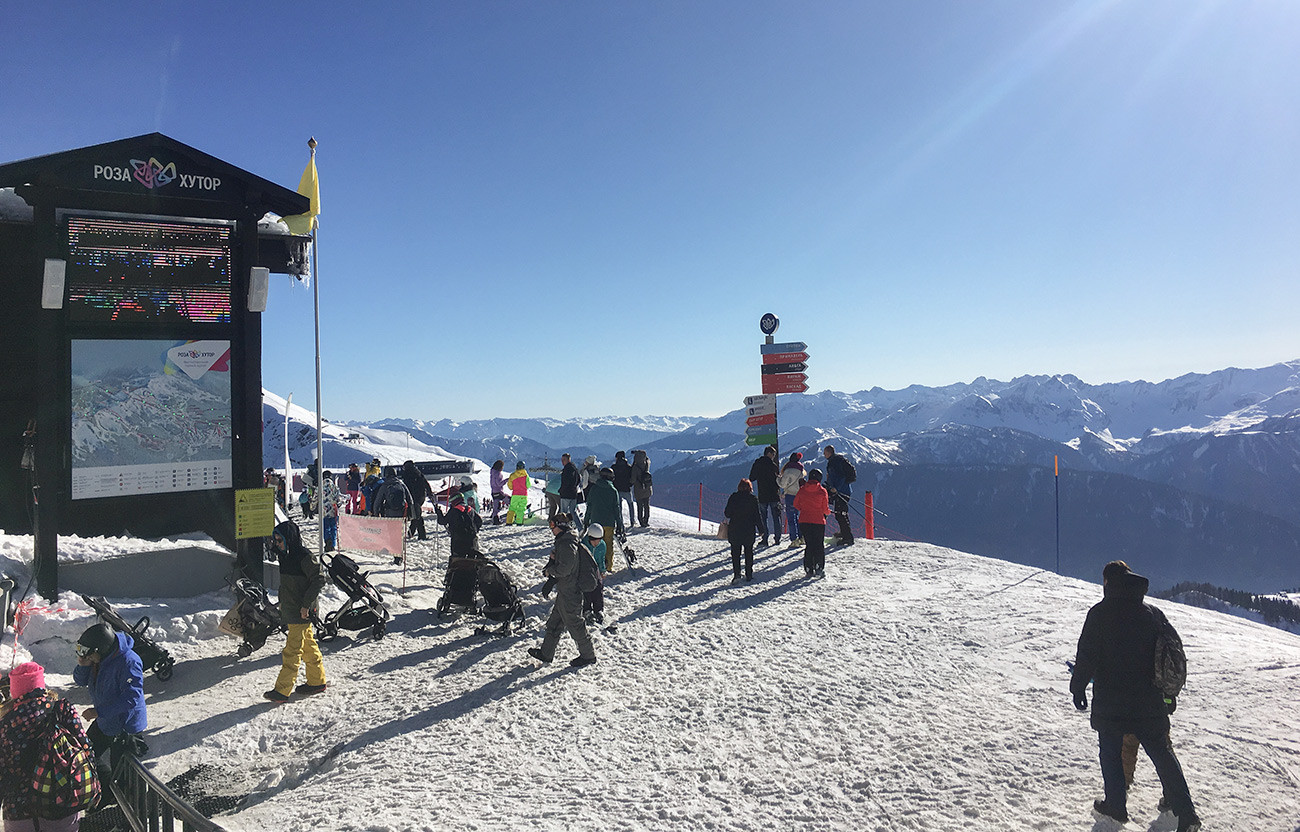 “I love to see the mountains and the sun, but even when it’s cloudy it's very beautiful, and I took lots of pictures,” says Myriam Fimbry, a journalist from Montreal. She enjoyed the long easy blue-color slopes and picturesque landscapes of the Caucasian Mountains where the resort is located.

When the weather is good and you look toward the southern slope from the resort’s highest point - Rosa Peak (2,320 meters) -  you can even see the Black Sea.

When it’s snowing, however, and visibility is poor, most slopes and lifts are closed, including the one heading to Rosa Peak. 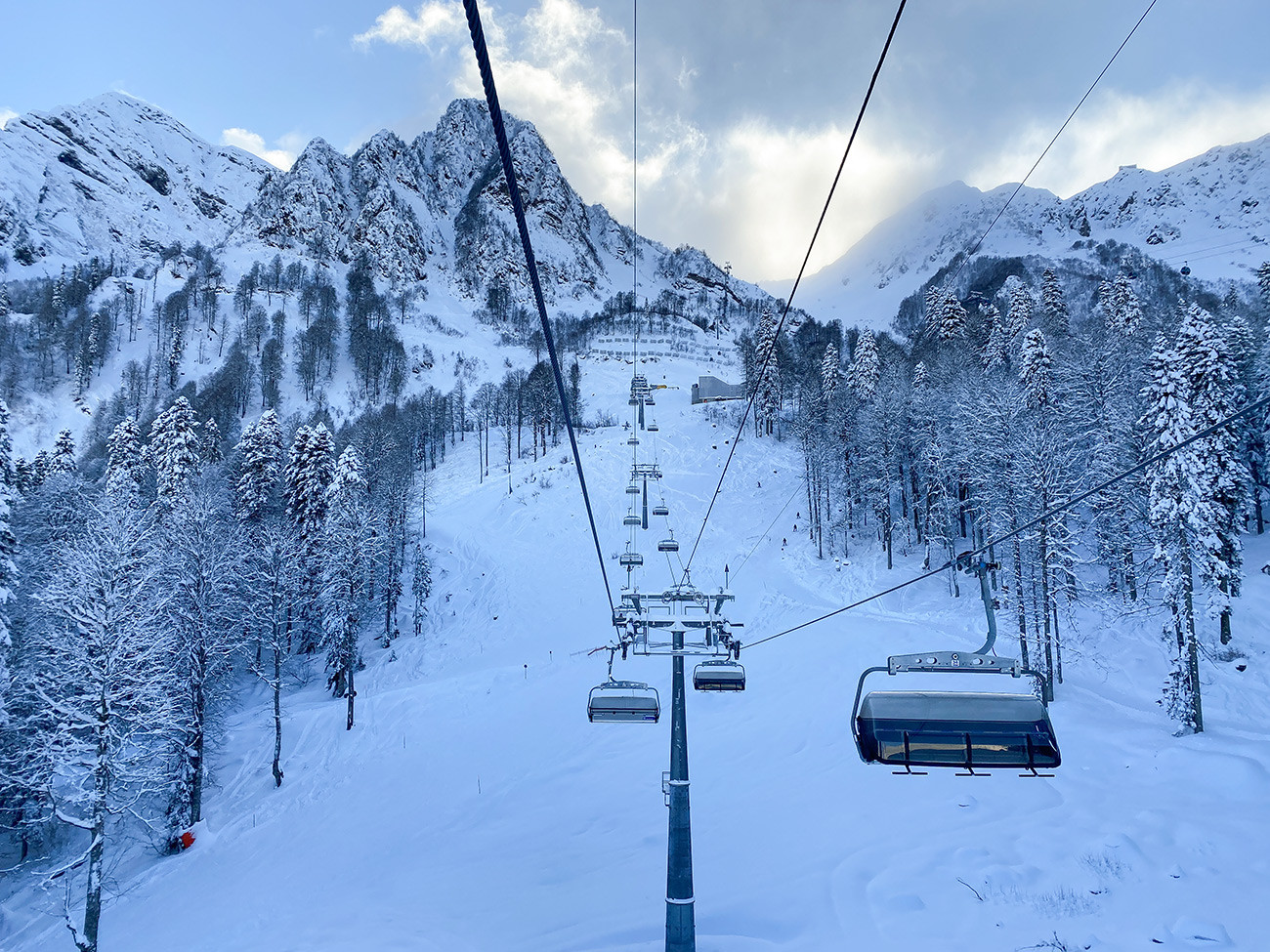 “Skiing in Russia is really great. Conditions and installations are magnificent. There are modern facilities, and the infrastructure is really incredible,” said SCIJ president, Frederick Wallace from Canada.

He even compares Sochi with Canada’s Olympic city: “I used to live in Whistler and I'd say it's the same type of adventure!” 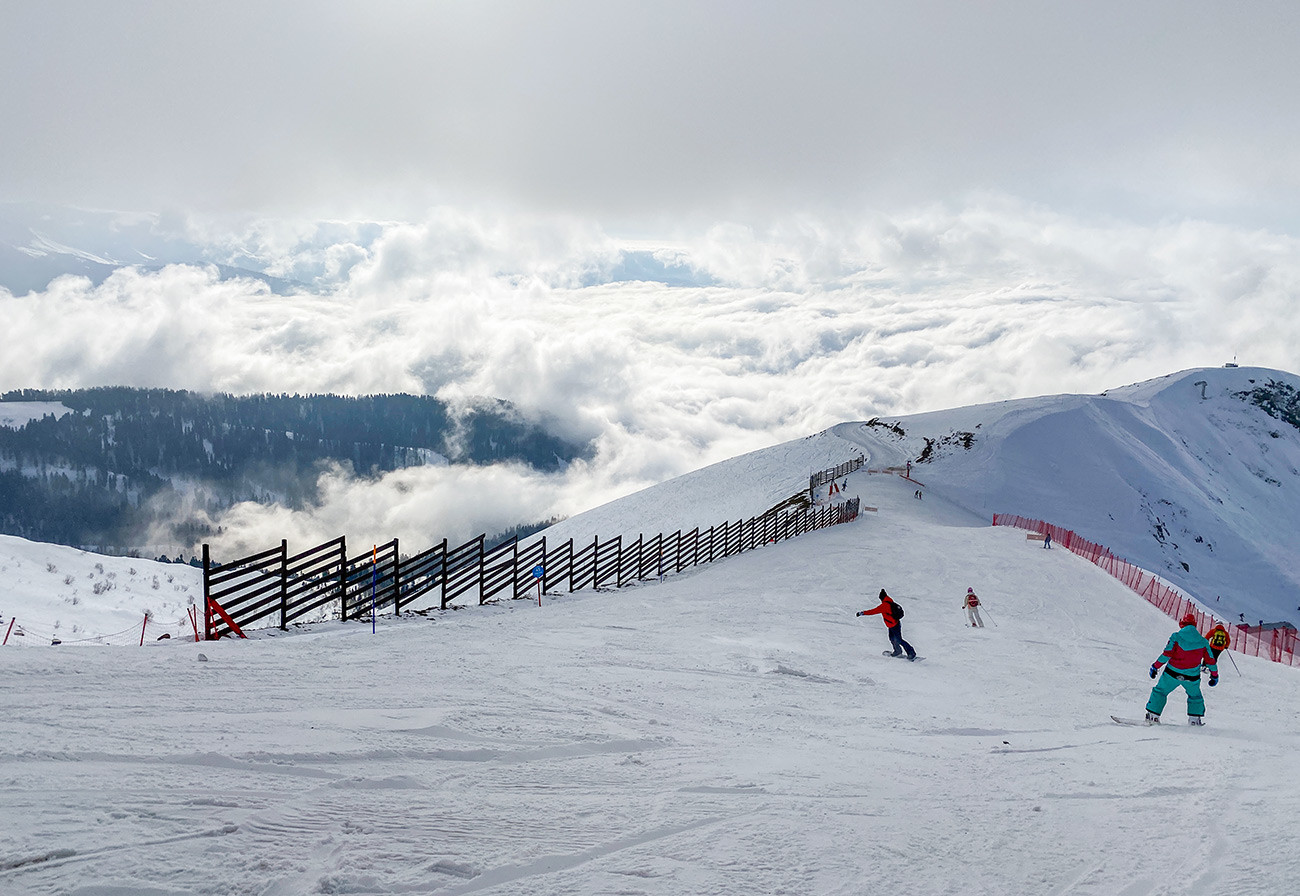 “The slopes here are different from those that we have in Europe. There, they are all high altitude. For us Europeans it's probably more exotic skiing, but I really like the way they're doing it here,” said professional skier Сharles Choveaux, a member of the Belgium national team.

Journalist Andrea Saule from Italy agrees: “I think it’s a really great resort and people should come here to try something different because the slopes and lifestyle are completely different from the Alps. So you have to try Russian slopes.”

Andrea warns international tourists, however, that they could face a challenge dealing with the Russian language since many people in Sochi don’t speak English. “Sometimes when you go to restaurants they don't have a menu in English; they’re only written in Cyrillic.” 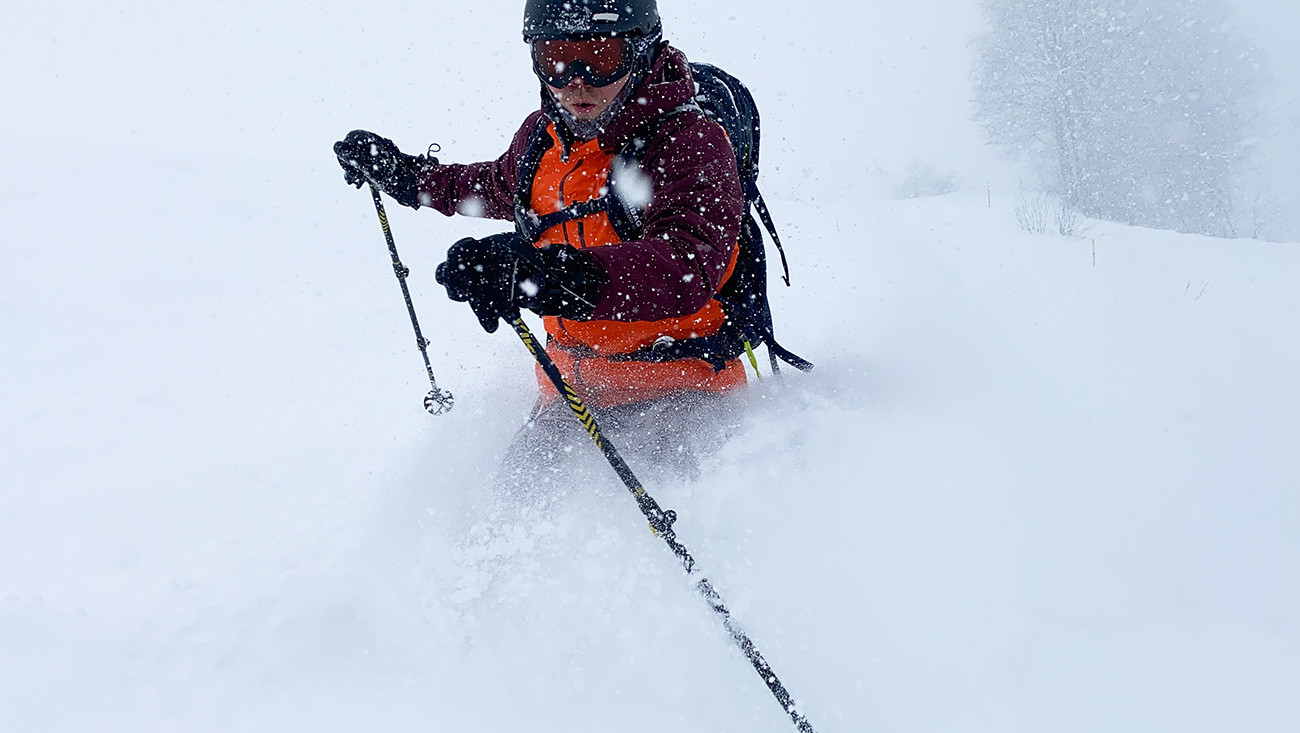 German Journalist and free rider Ralf Scheurer says that Rosa Khutor is a smaller resort compared to those he used to go to in the Austrian Alps, but it is perfect for freeriding and has lots of nice off piste zones.

“This skiing center has Olympic slopes for downhill and there is no harder slope anywhere, so advanced skiers can find a good challenge in Rosa Khutor,” says Slovenian journalist Blaž Močnik, who is also head of the SCIJ internal ski competition.

In early January, however, there was not that much snow in Sochi and even artificial snow produced by snow cannons didn’t help much.

U.S. journalist Christina Reed admitted that her snowboarding in Rosa Khutor started a bit tricky, since the first two days there was much ice and stones on the slope. 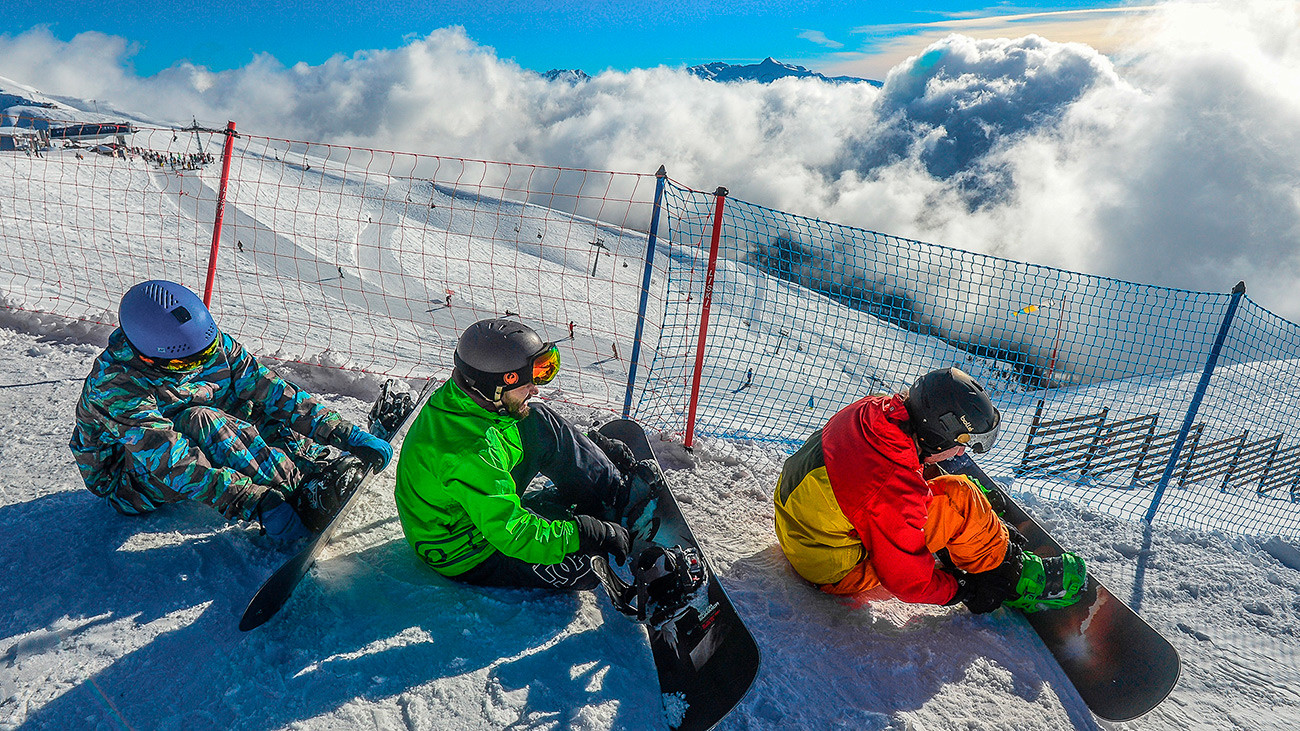 "There are many snowboarders here - much more than in Europe"

“One thing I've noticed that was mind blowing is that there are many snowboarders here - much more than in Europe,” said Сharles Choveaux from Belgium.

Russia is a young skiing nation, and mostly young people go to alpine resorts, and they think that snowboarding is cooler. Sometimes these young riders lack mountain culture, however, and one can see them chilling in a group right in the middle of the piste.

Christina also says that not all pistes are convenient for snowboarders: there are a lot of narrow and twisty slopes.

“Actually, these days the larger slopes have been off limits [because they were being prepared for the Skiing World Cup - Russia Beyond], but still, I saw the areas where I’d like to try snowboarding once I return here,” Christina adds.

6. Girls in Russia are really incredible 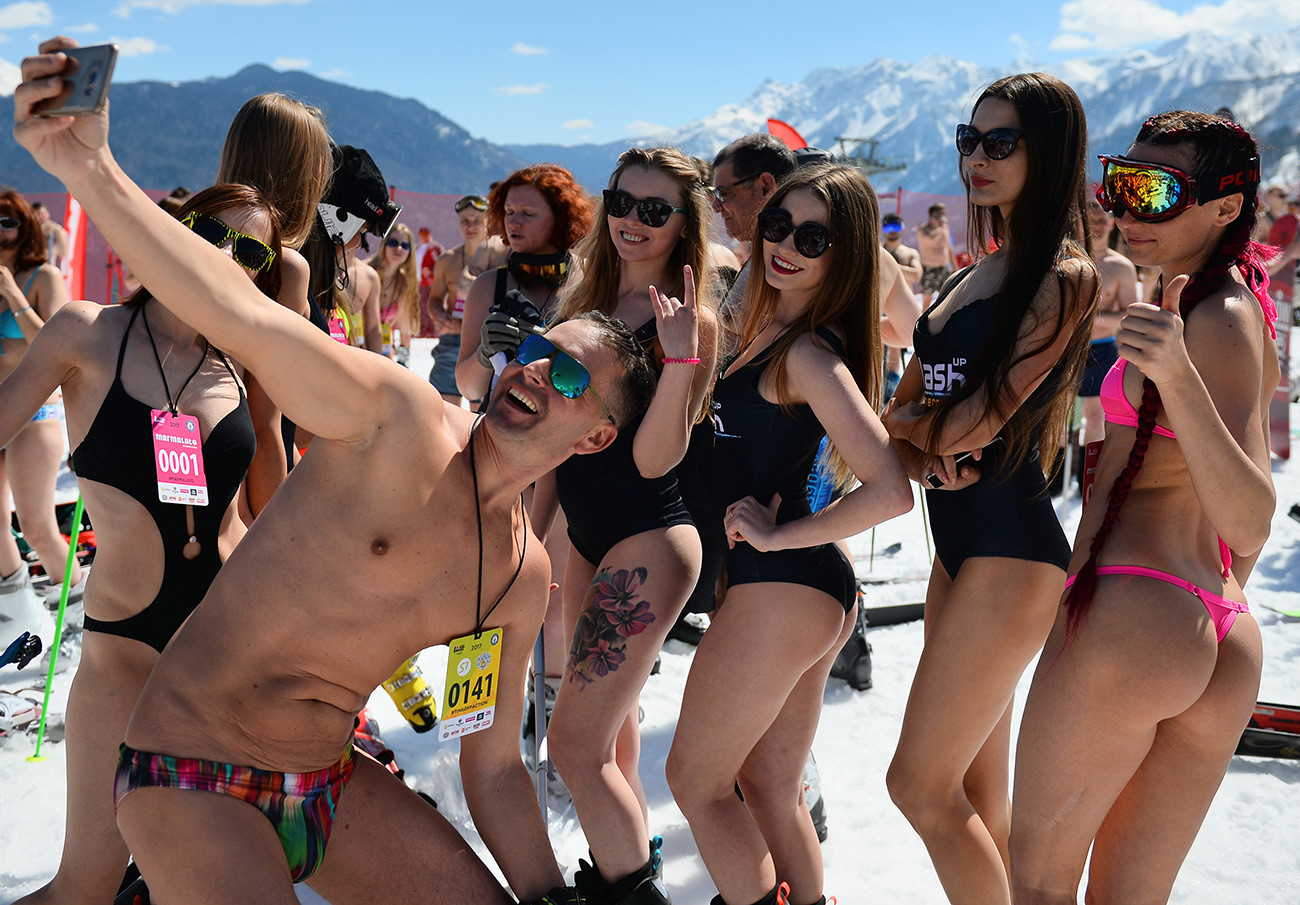 Several journalists who wished to remain anonymous said off the record that girls in Russia are really incredible and unbelievable.

But remember, not all of them speak English.