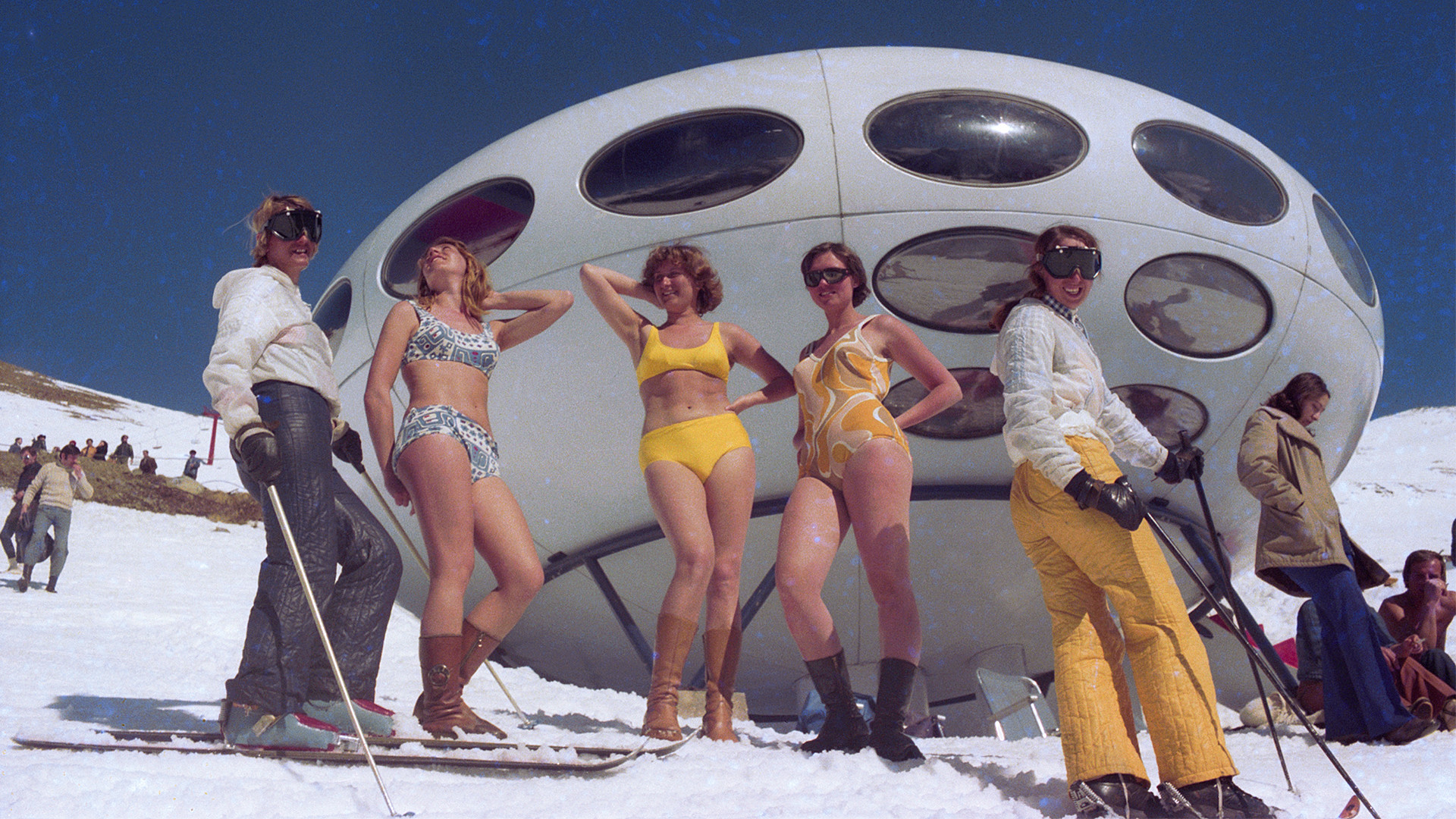 Vitaly Sozinov/TASS
The USSR had resorts for every taste. You could find almost anything, ranging from beach vacations to the sunny Black Sea or the chilly but romantic dunes of the Baltic coast to mountains and health spas with health-promoting waters of every kind imaginable. 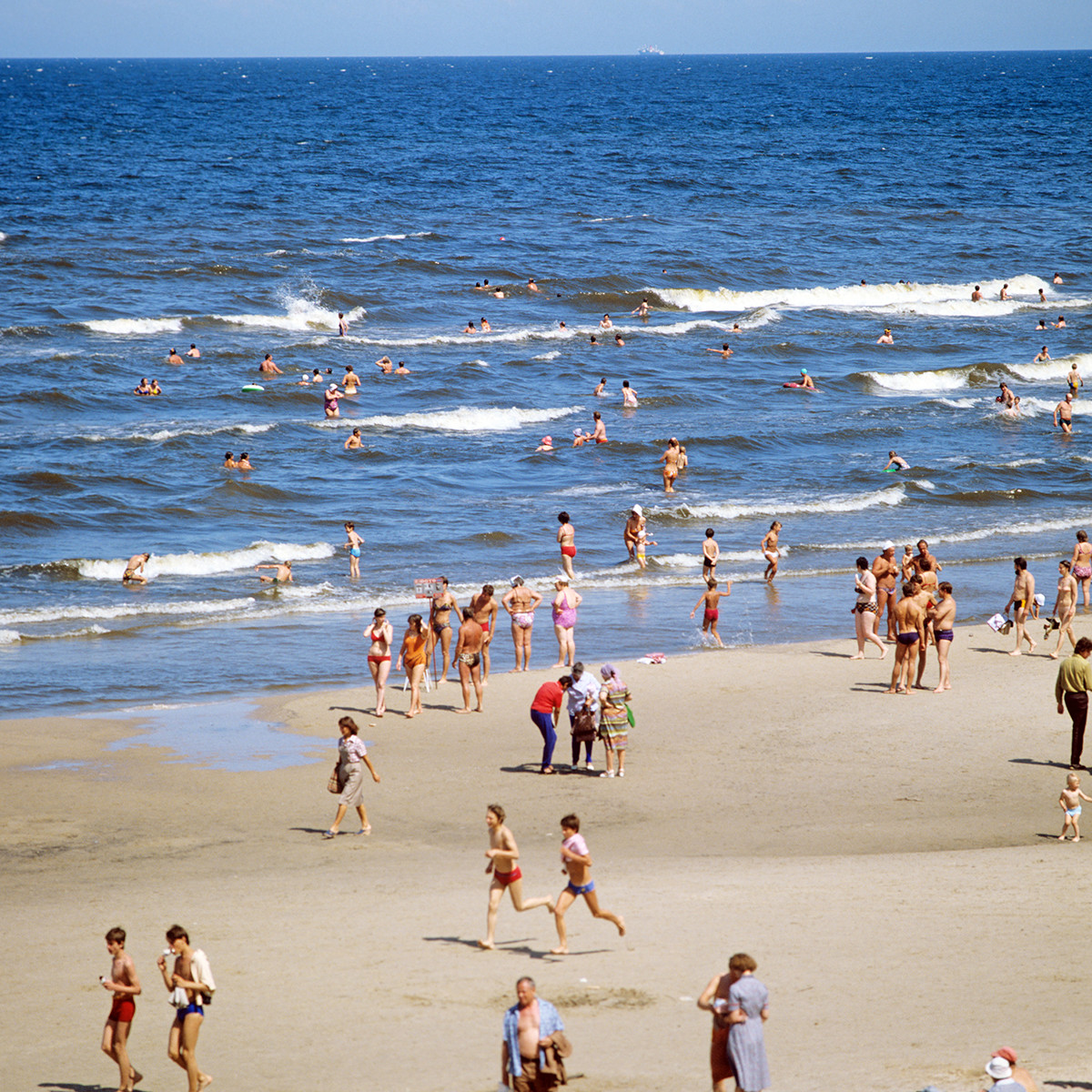 In the USSR, the Baltic countries (Lithuania, Latvia and Estonia) were regarded as being almost abroad and many people wanted to get a glimpse of places where the Iron Curtain was "slightly lifted." Jūrmala, located outside of Riga, was a particularly popular destination with young people if they could manage to get a holiday voucher to one of the local health spas. Sure, the Baltic is not as warm as, say, the Black Sea, but it did have everything: yacht clubs, luxury hotels, international music festivals, sports competitions, not to mention a whole variety of different restaurants and cafes. 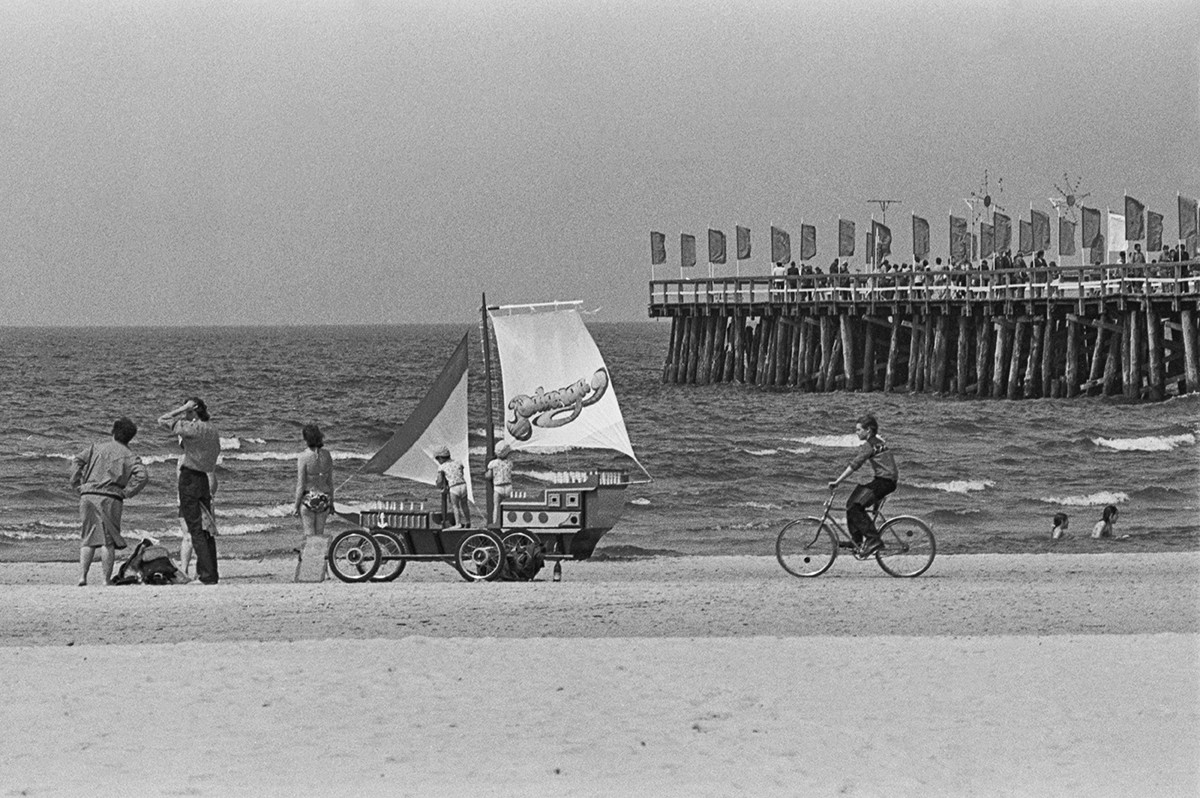 When Soviet tourists came to this old Lithuanian town on the Baltic coast they felt as if they were in a foreign country. A botanical garden designed by French landscape architects, a neo-Gothic Catholic cathedral and traditional Lithuanian houses in the town center. In the evening, tourists enjoyed walking along the broad sandy dunes and watching the sunset from a pier that stretched deep out into the sea. 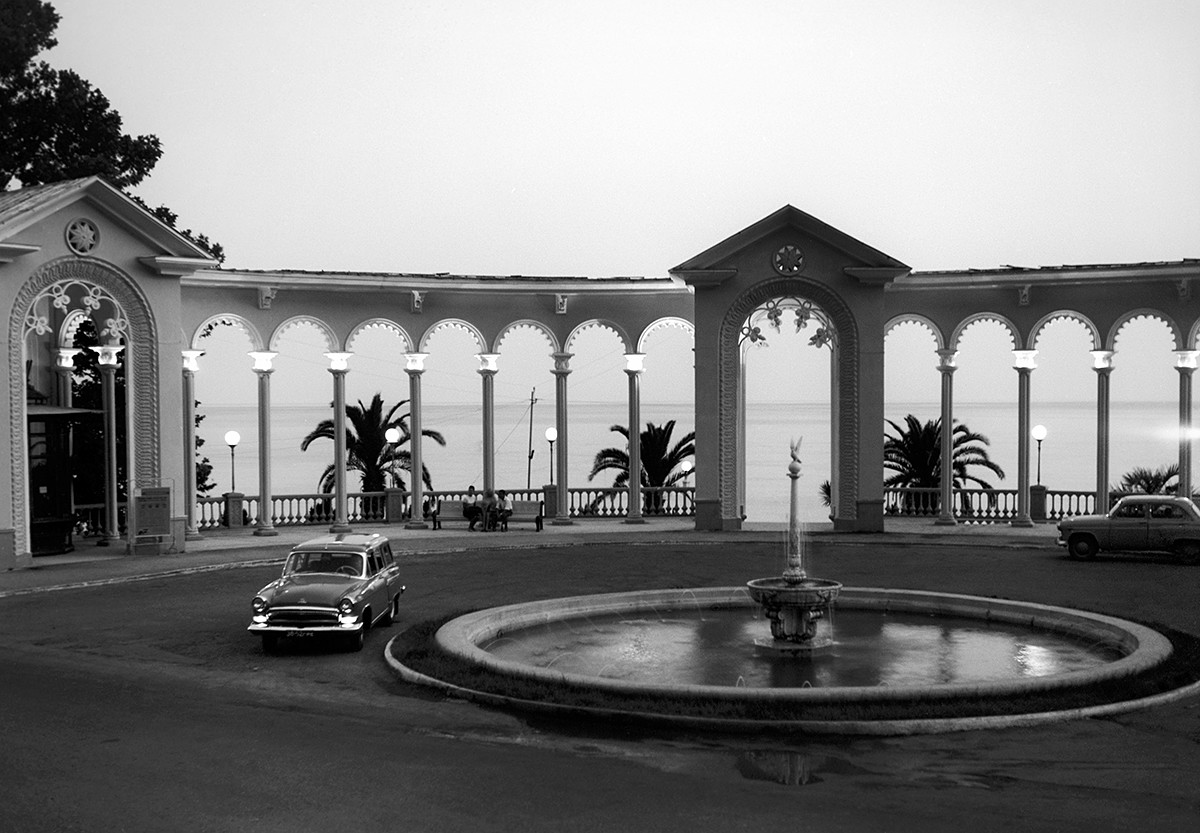 "Lyalya? You won't believe it. The film director Yakin dumped his witch, and I’m leaving with him for Gagra today!" You won't find a better way to describe the excitement of a young Soviet woman at the prospect of a summer holiday in Abkhazia than this famous line from classic film Ivan Vasilievich Changes Professions. This resort on the Black Sea was known as the "Soviet Monte Carlo," and was the place for senior Communist Party officials and members of the Soviet cultural elite to spend their holidays. At the same time, regular people could vacation here too if they managed to snag a holiday voucher to a sanatorium from their factory. It was also possible to simply come unofficially as an independent traveler. 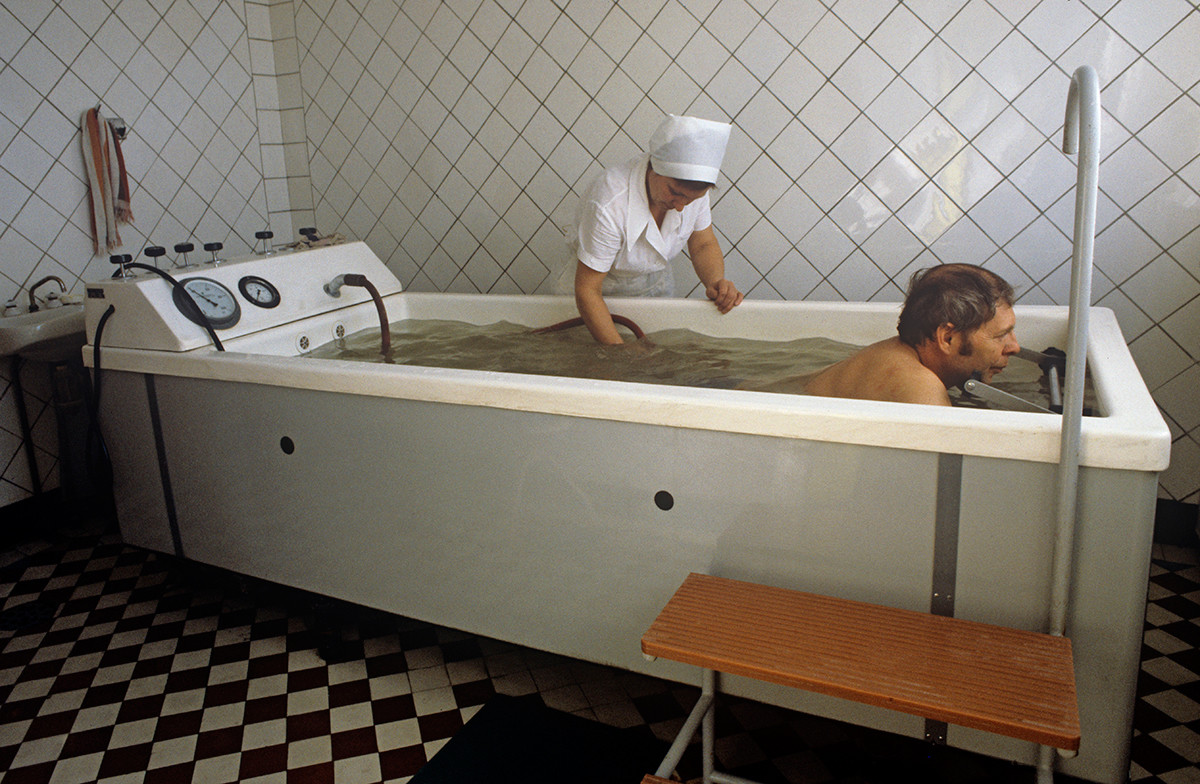 Ivan Turgenev and Fyodor Dostoevsky might have spent their summers taking in the waters at Baden-Baden in Germany, but regular Soviet people had their own destination that was just as good: Truskavets, located at the foot of the Carpathian Mountains in western Ukraine. Truskavets is famous for its curative mineral water, which is called “Naftusia” after an affectionate word for oil since the water has a characteristic smell. You won't find this water anywhere else! And you can't export it either—once removed from the spring it quickly loses its properties. You can only drink it on the spot using a mug with a spout. Truskavets received its status as a balneological resort back in the 19th century when the area was part of Austro-Hungary. Some of the villas and guest houses built then have survived to this day, as, by the way, have numerous Soviet sanatoriums. 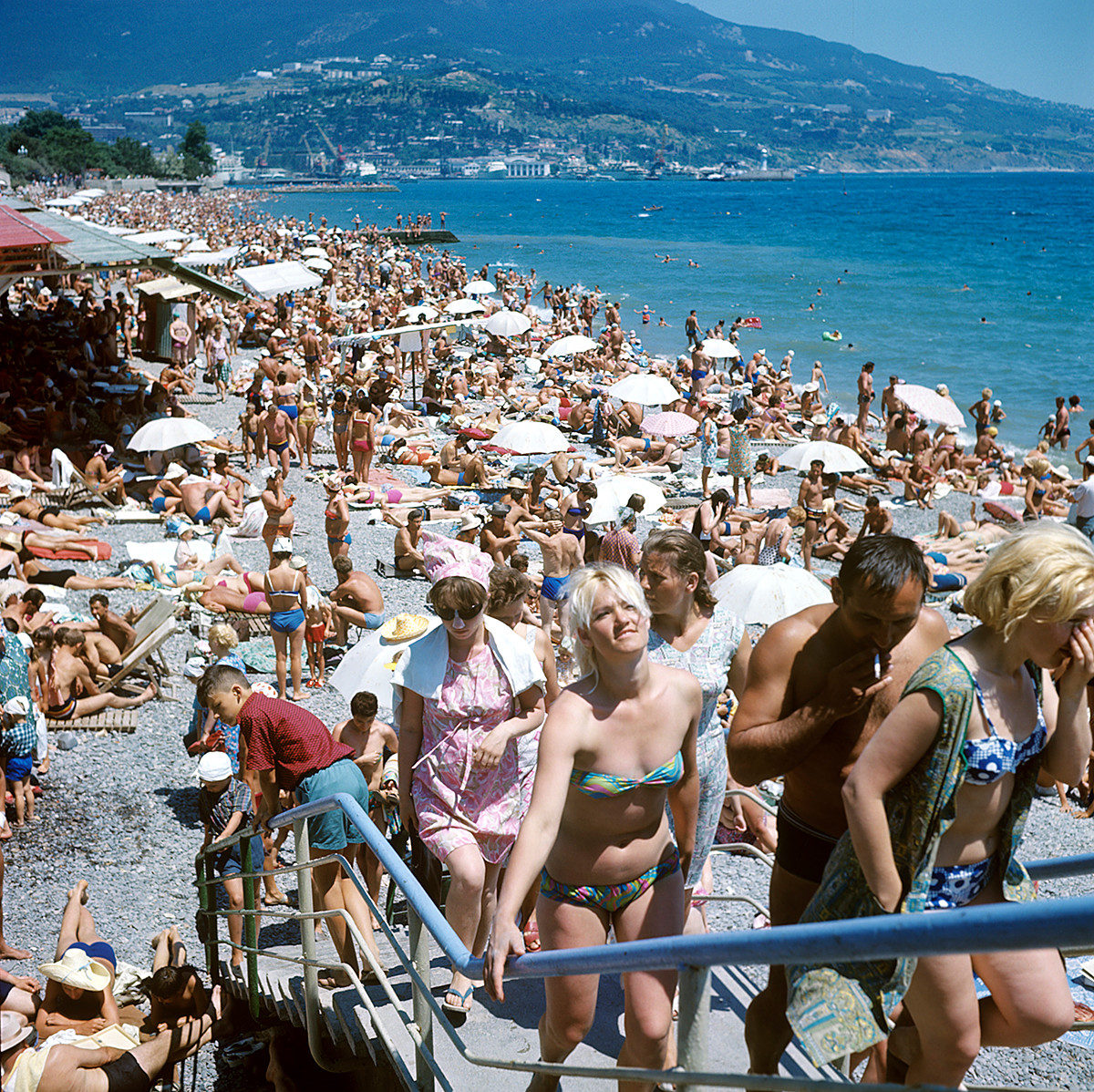 The Crimean Peninsula was always been one of the most interesting places in the country.  First for its amazing diversity of nature. In a relatively small area there are mountains, steppes, forests and salt lakes. Second, there are many options for different kinds of vacations: camping, sanatoriums, health clinics, private accommodation. In other words, it has something for every taste and wallet. Third, it has lots to offer in terms of cultural experiences, and depending on your preferences you can wander around medieval fortresses, investigate imperial palaces or taste young wine in Massandra. And if you don't feel like doing anything, you can always just opt to lie on the beach. The most popular and affordable resorts are located on Crimea's southern coast around Yalta, Alushta and Sudak. 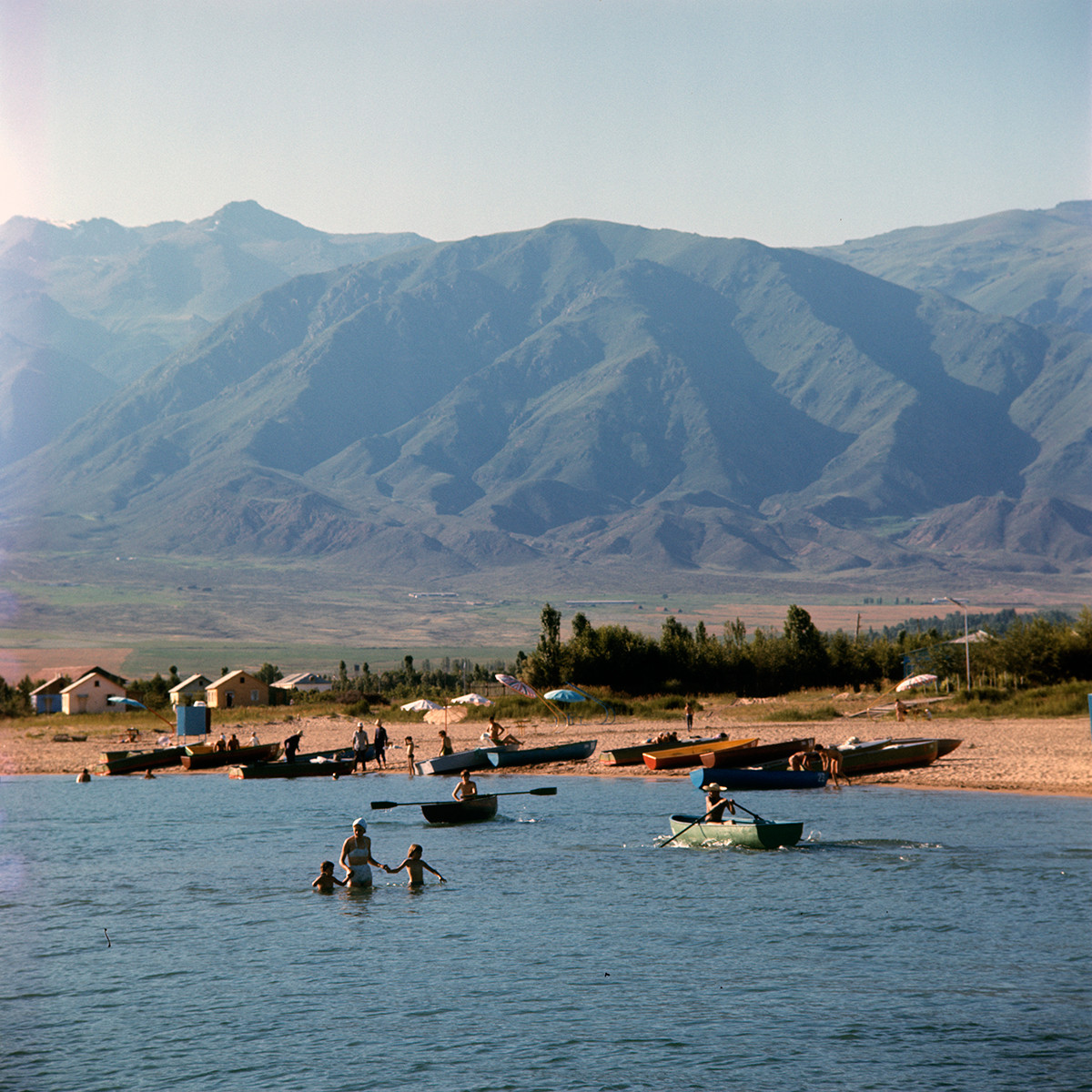 This saline mountain lake in Kyrgyzstan is one of the mysteries of the natural world. Not a single river flows out of it but about 80 streams flow in, and, as a result, it has high concentrations of minerals that have health benefits. You can't drink the water from the lake, but its mud has a healing effect on the joints and so numerous sanatoriums were built here during the Soviet period. Issyk-Kul is surrounded by the valleys of the northern Tian Shan mountains, which protect the lake from icy winds. The lake never freezes, and its color changes according to the weather. 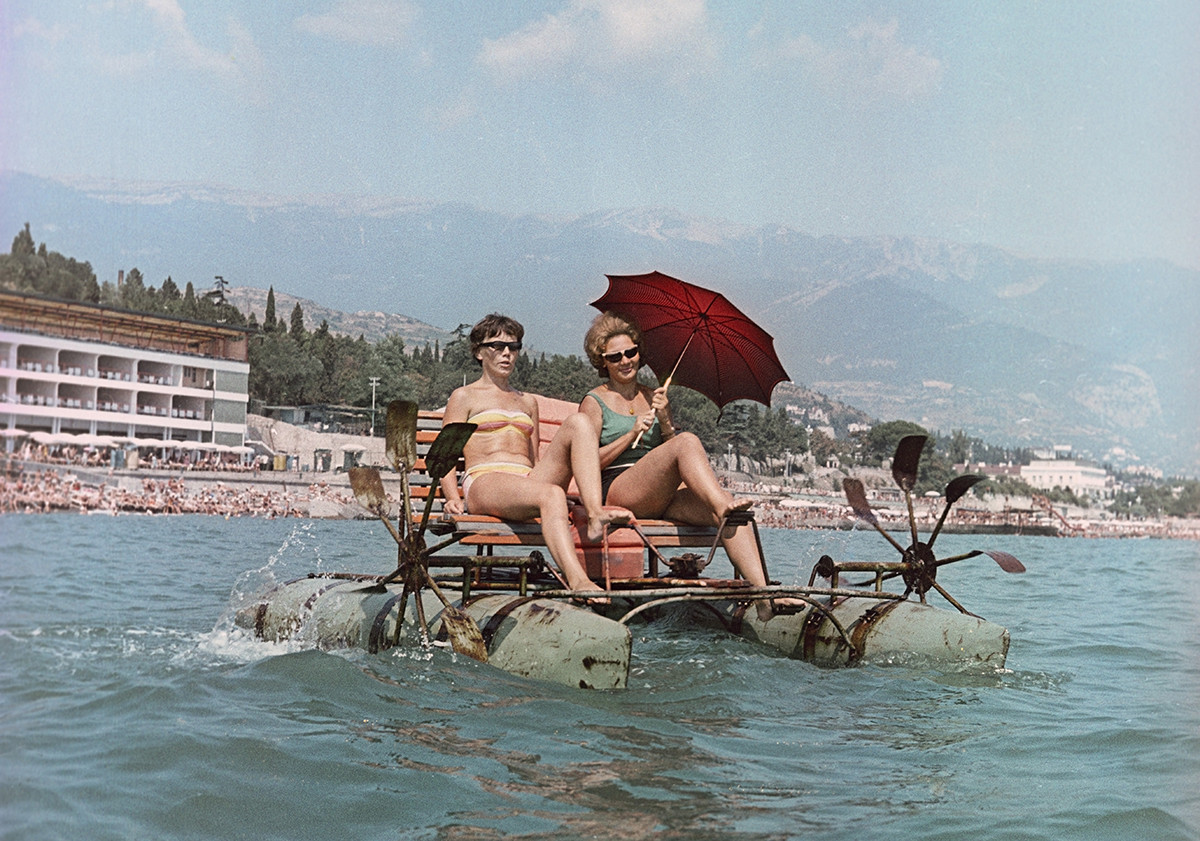 This was the main Black Sea town in the USSR to which countless Soviet citizens flocked on holiday. Departmental sanatoriums, parks with palm trees, 150 kilometers of beaches, lots of entertainment for both adults and children—in short, the quintessential Soviet resort. 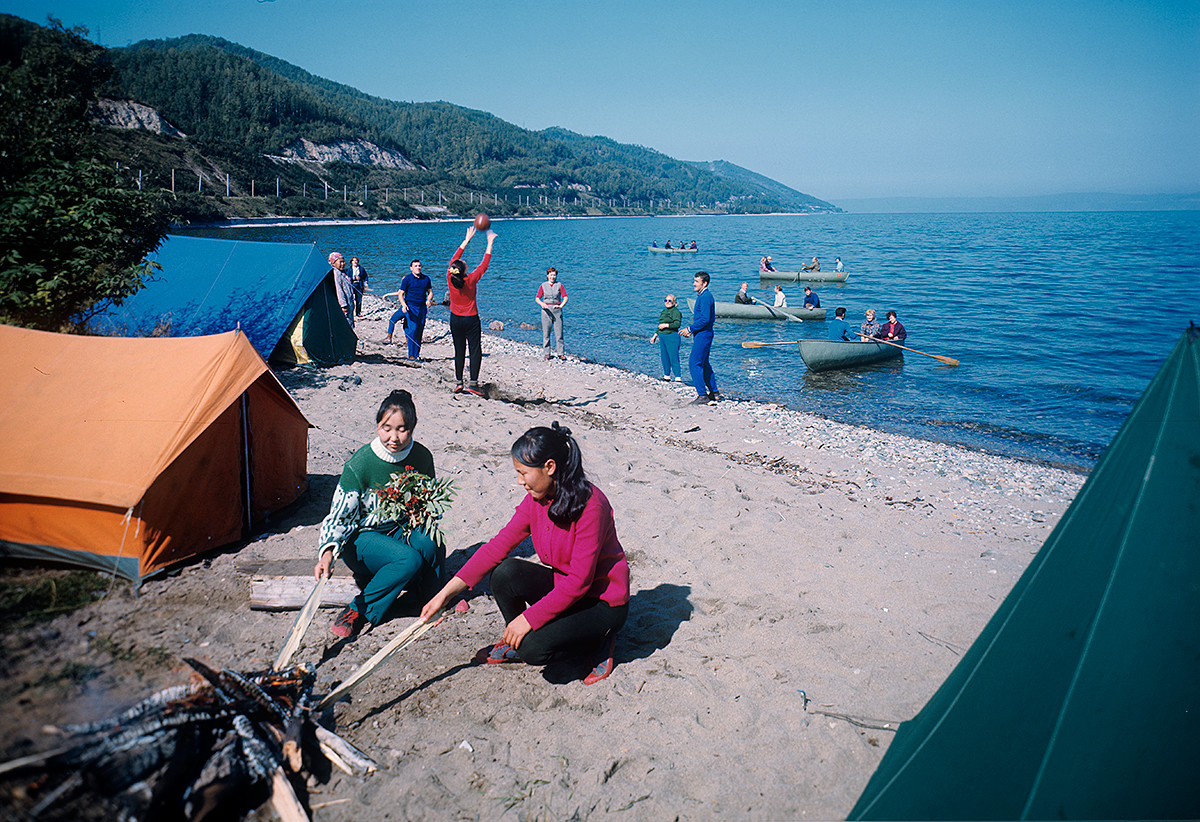 All the Soviet romantics came here on holiday! Going out on kayaks or twin-hulled canoes during the day and then soulful singalongs with the guitar by a campfire in the evening—and all this on the shores of the world's deepest and cleanest lake. Visitors slept in tents or tourist hostels. You only could go swimming here in mid-July since the water is very cold the rest of the year. 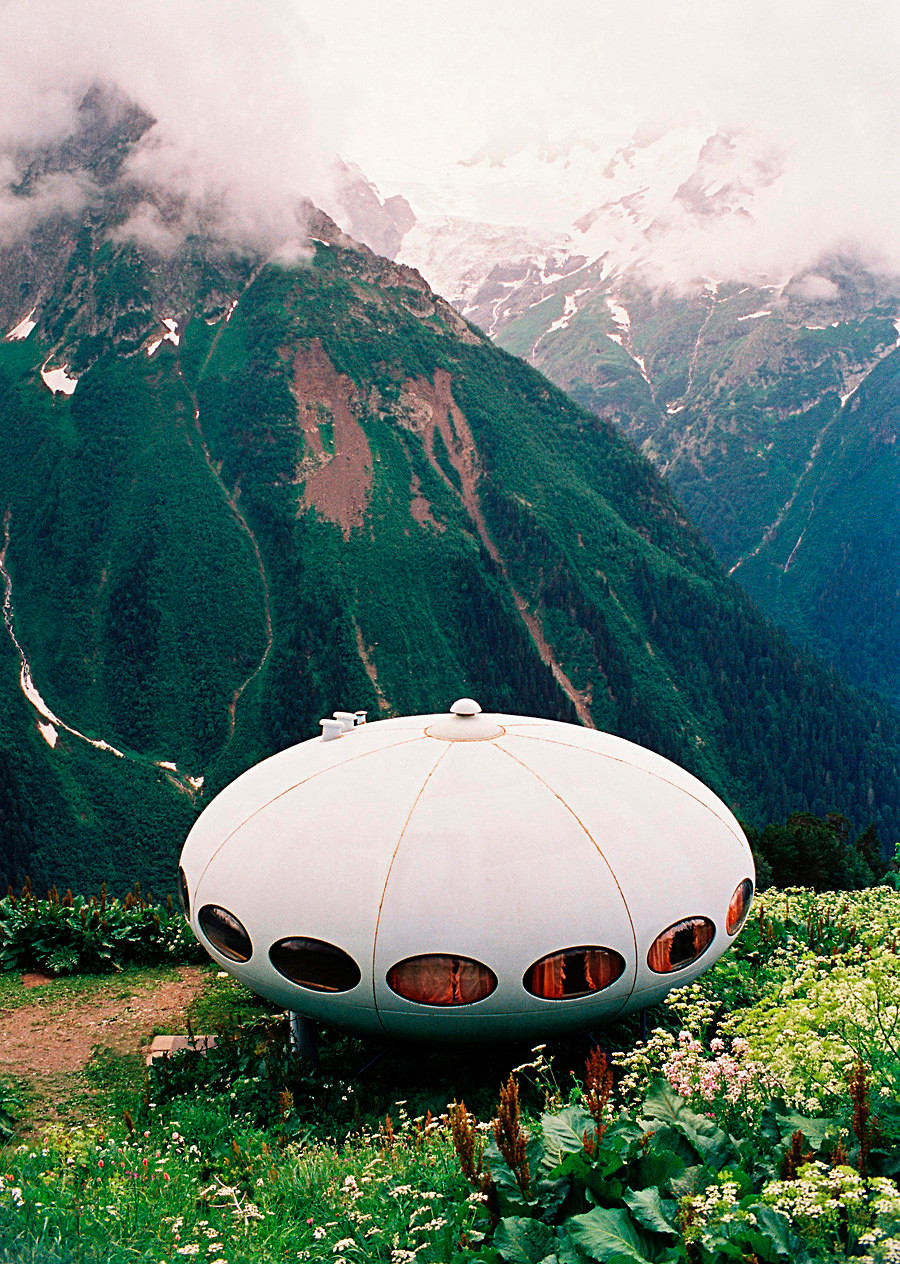 This village in the Dombay Valley in the Caucasus was one of the first resorts in the USSR. In the early 1920s, the area became popular with mountain climbers since you can find routes of all different difficulty levels and durations here. In the 1960s, a showpiece ski resort was built here in preparation for a visit by Finnish President Urho Kekkonen. And then in the 1970s Finnish architects gifted Dombay with a hotel built in the shape of a flying saucer. The resort town itself is still very popular with both skiers and climbers. 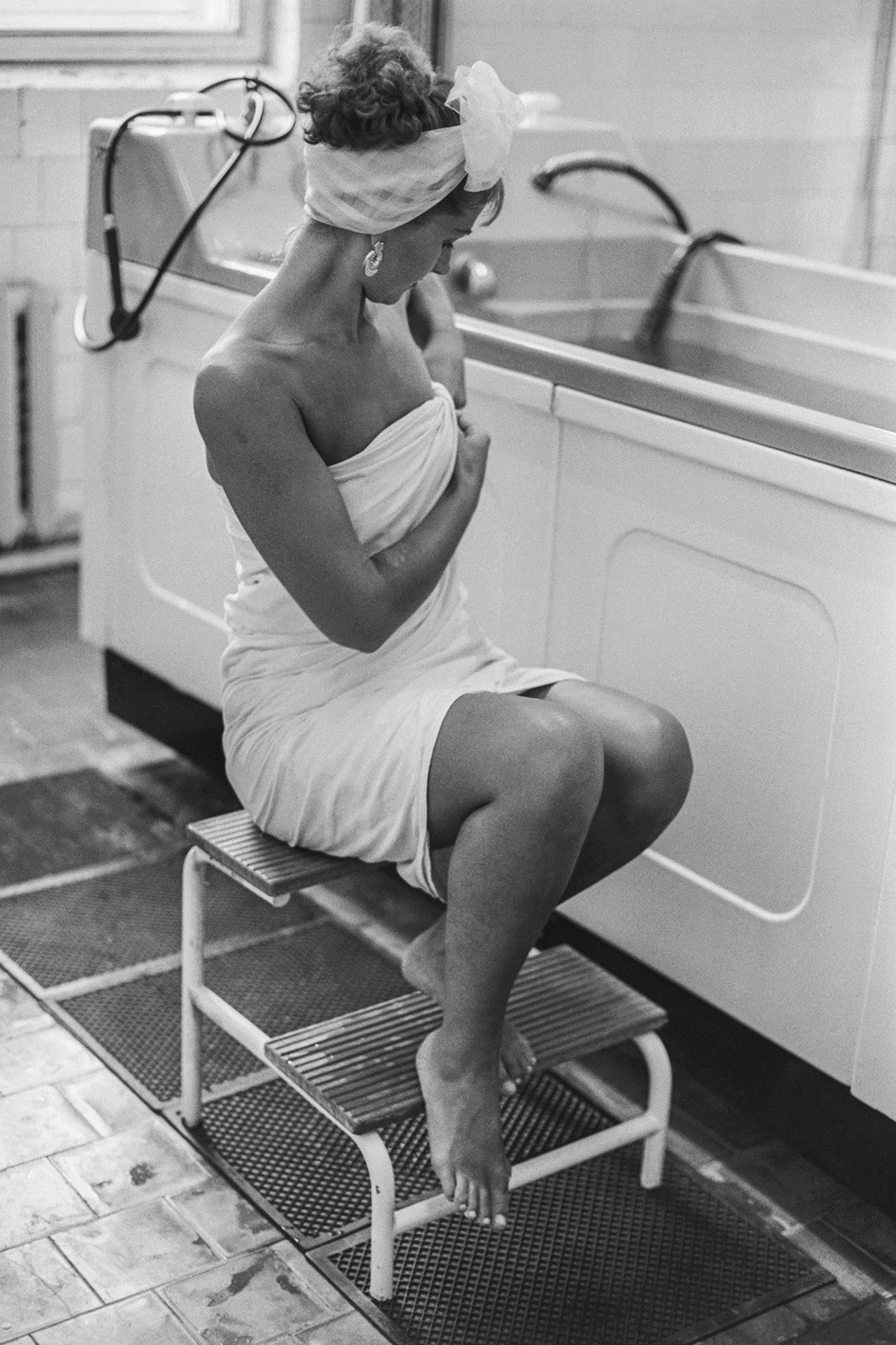 Belokurikha in the Altai region was one of the most popular Soviet resorts. Tourists came here seeking rejuvenation from its radon water spas and to enjoy the fresh mountain air. Even though this is Siberia, the climate is quite mild and so you can come on holiday here all year round. 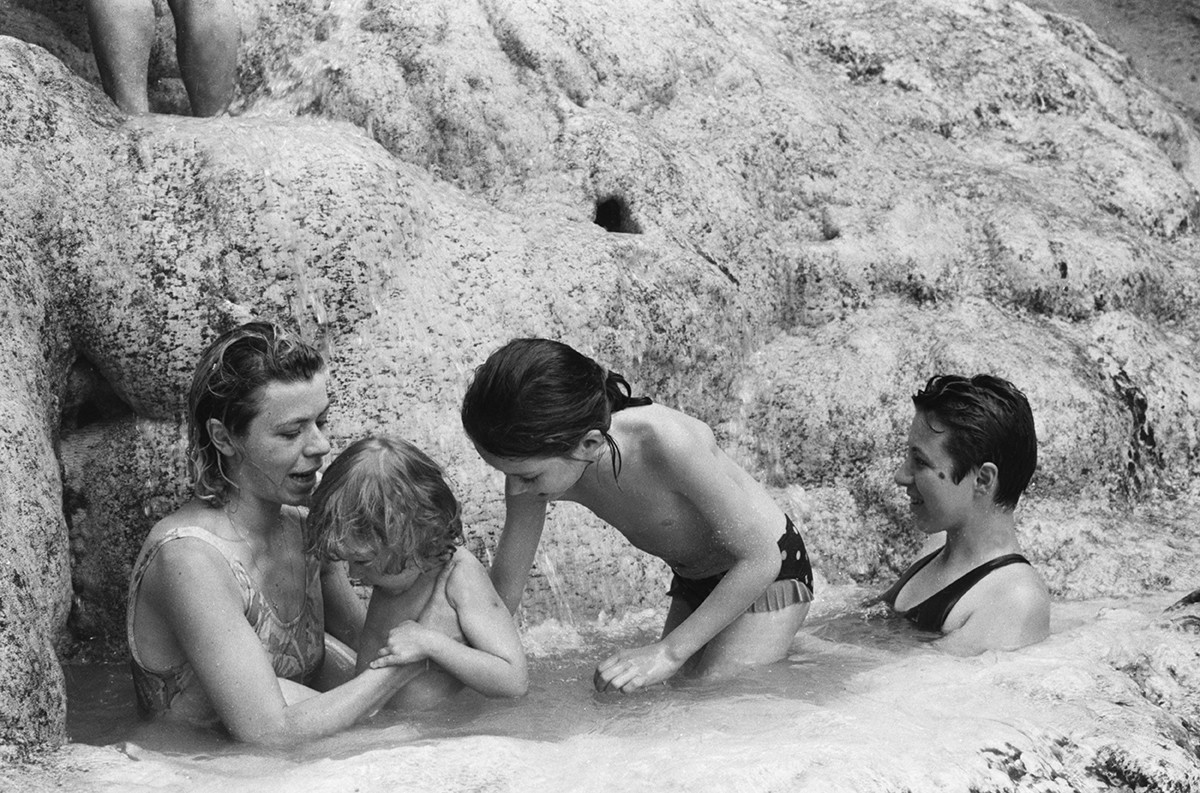 People came from all over the Soviet Union to this unique balneological resort zone in the Stavropol Territory in southern Russia to improve their health! Here, a series of five small spa towns—Pyatigorsk, Kislovodsk, Essentuki, Zheleznovodsk and Kumagorsk—contained over a hundred sanatoriums with different specializations and offering treatments for everything from joint ailments to skin diseases. People came here not only for the mineral water and to attend the mud clinics, but also to enjoy the mountain air and nature. Water from the local springs is still very popular in Russia today.