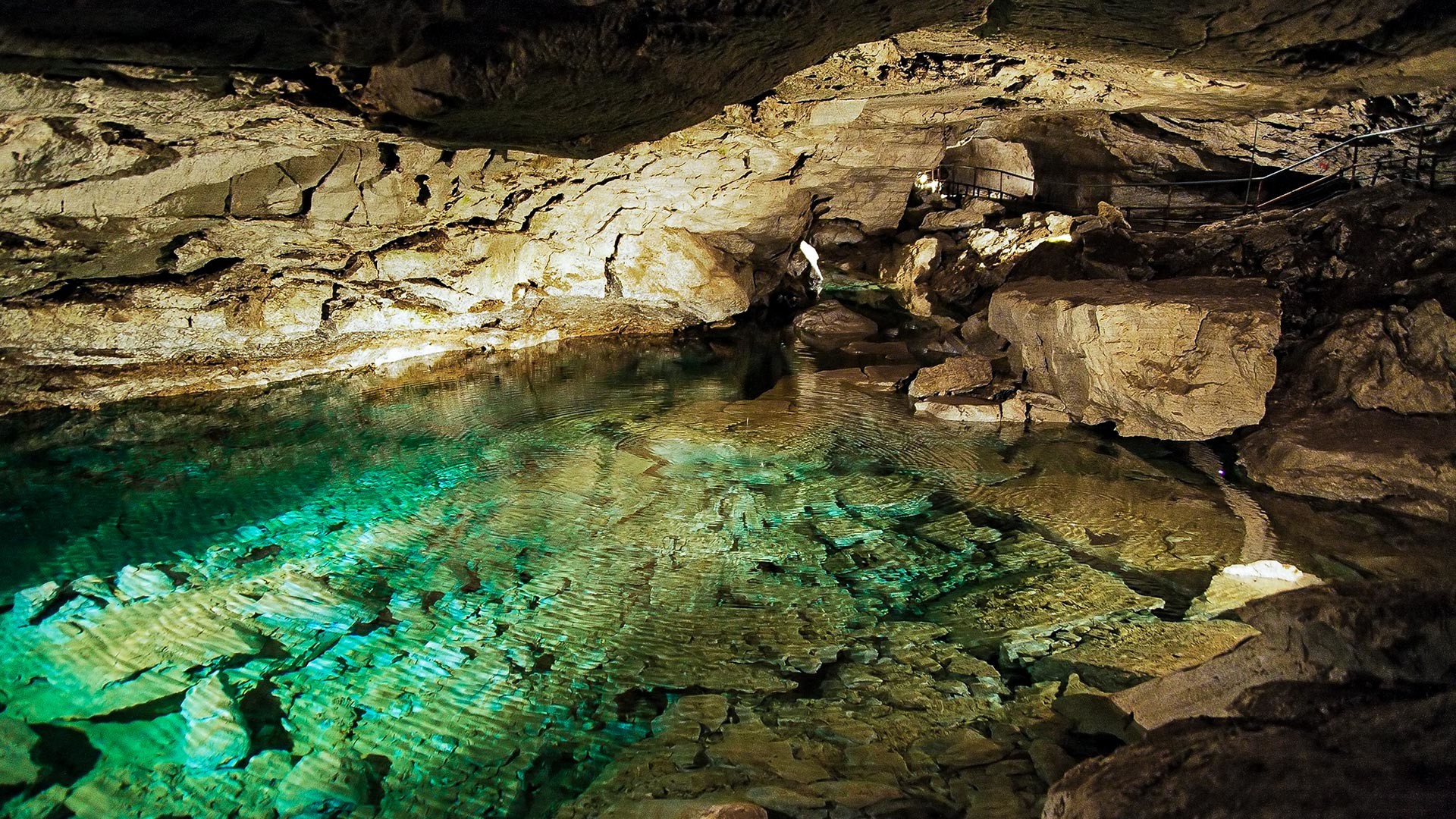 Legion Media
From hidden ice caves to secret bunkers - Russia has plenty of underground spots for you to explore. We’ve gathered details of the best for you here. 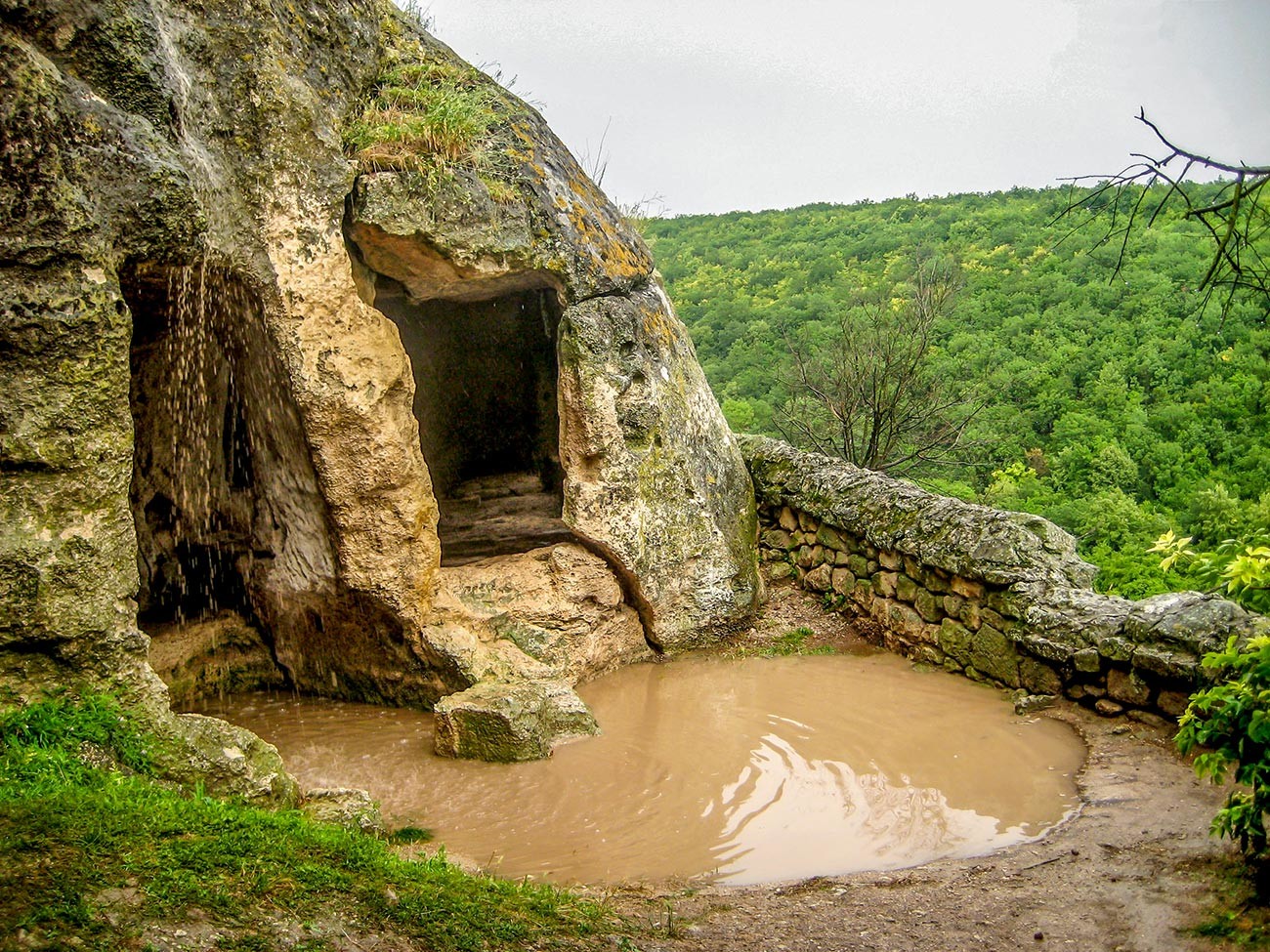 One of the caves of the city Chufut-Kale

This once-Byzantine, medieval city was partly cut out of an adjoining rock. It used to serve as a stronghold for a number of peoples, dating back to the 5-6th centuries. The city received its present name, ‘Bakhchisaray’ (which translates as “Jewish fortress”), only in the 17th century. The city was home to the Crimean Karaites (also known as ‘Karaims’) - a small turkik ethnic group that inhabits parts of Eastern Europe and practices Karaite Judaism (also known as ‘karaism’). Back in those days, the Crimean Tatars used to refer to them simply as Jews. 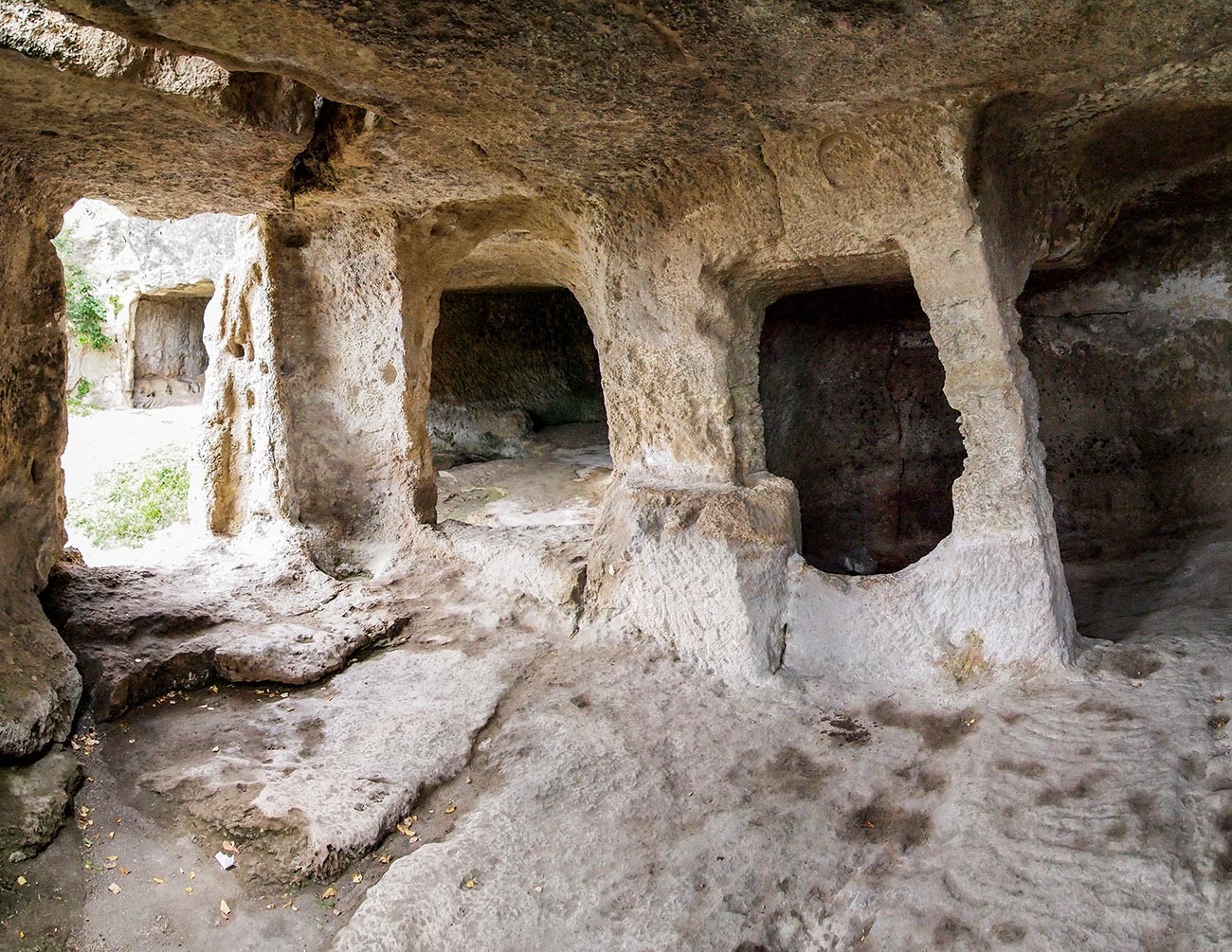 The city contains a total of 170 caves, measuring two or three levels in depth. They would serve as utility rooms, basements or dungeons. Armories, warehouses, mosques, mints and residential areas were also constructed in close proximity to the caves. 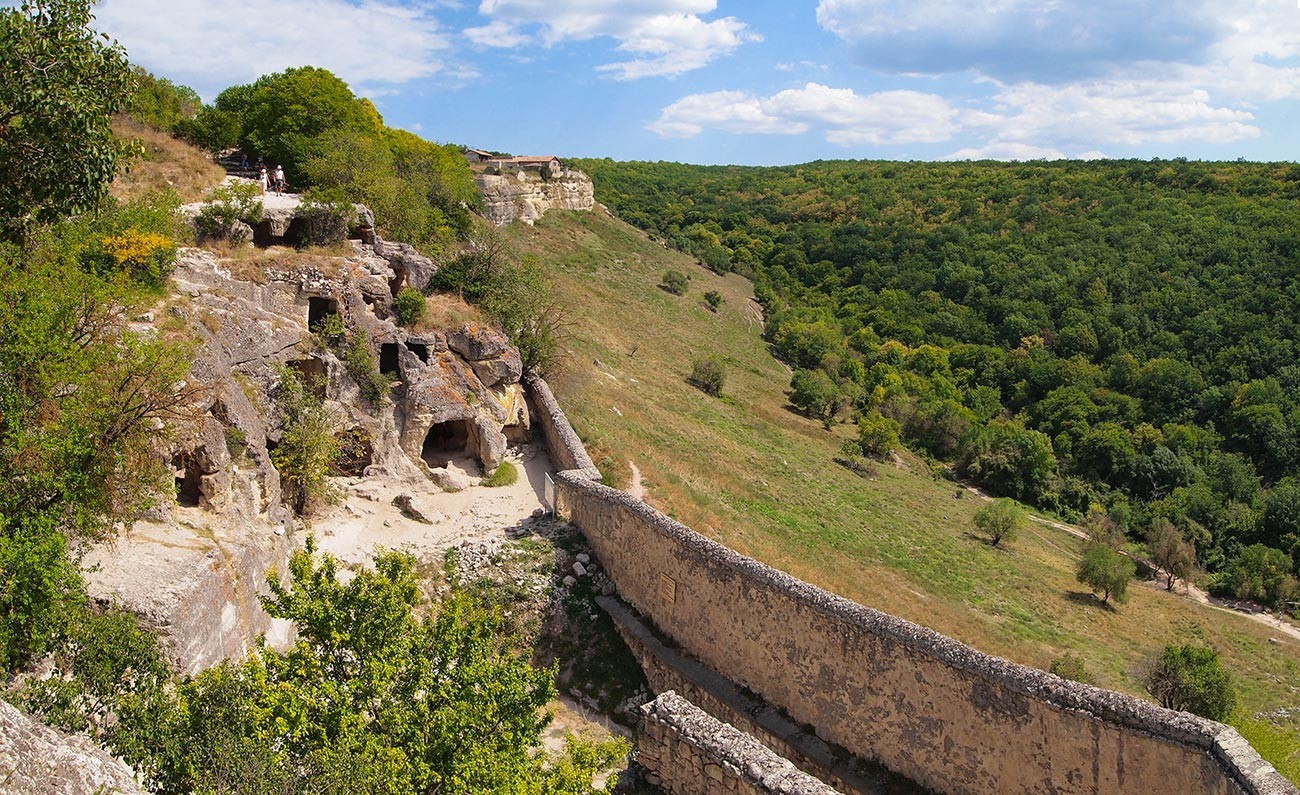 The city was abandoned in the 19th century, when it simply ran out of water reserves. Today, the stronghold and its cave are open to tourists and anyone wishing to take a fascinating stroll through its historic streets. 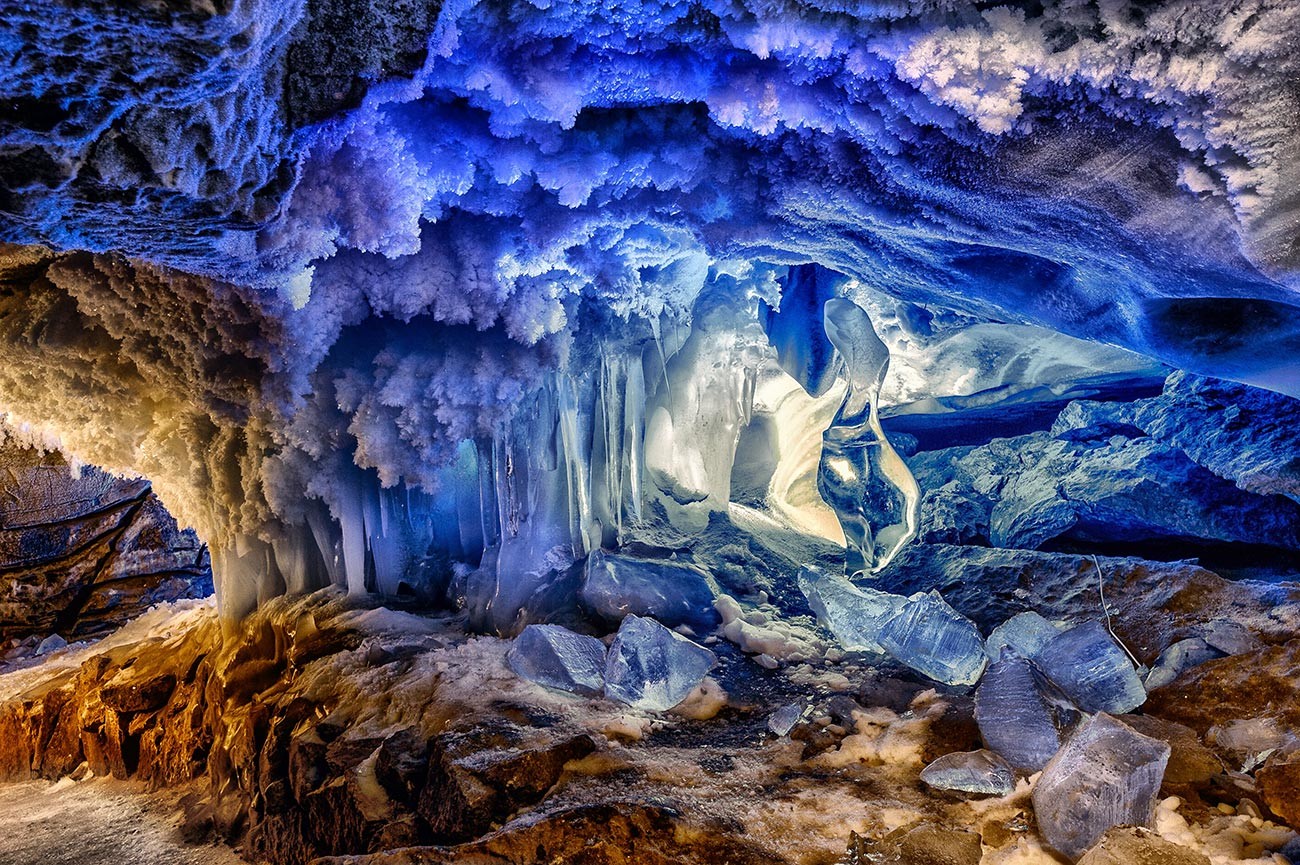 One of the coldest underground caves in all of Russia - the Kungur Ice Cave, became accessible to tourists back in 1914. The place resembles the abode of the Snow Queen, from the Hans Chirstian Andersen tale of the same name. Situated near the cave is Kungur - an old trading town, founded in 1663. 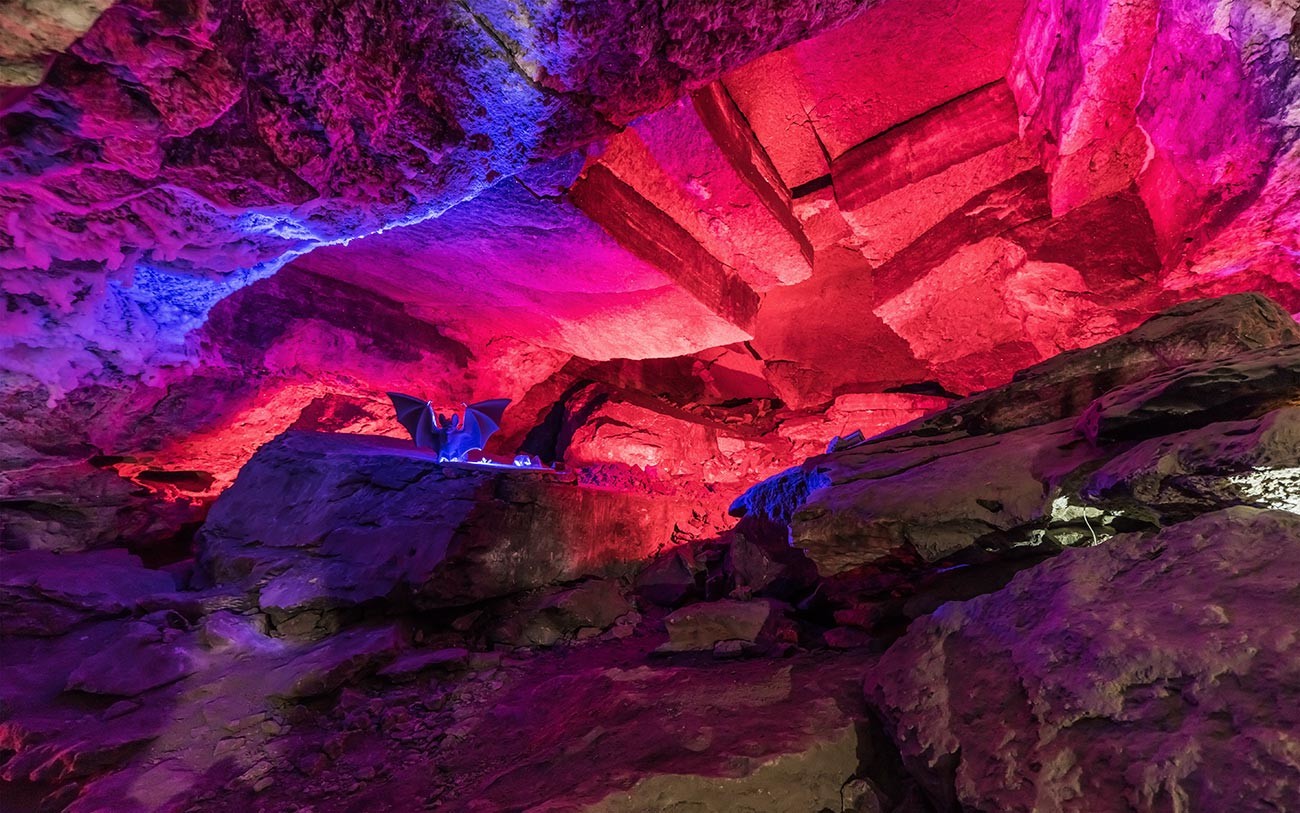 Travellers passing by would often try to explore the cave, with word quickly spreading across Russia. And for good reason. The cave is padded with ice thousands of years old and consists of 58 grottos, 70 tiny lakes and one massive one, measuring 1460 sq. meters and with a depth of five meters, which never freezes.

Visitors are treated to majestic views of snow crystals and stalagmites, as well as an entertainment program consisting of costume performances and laser shows, telling the cave’s legend. 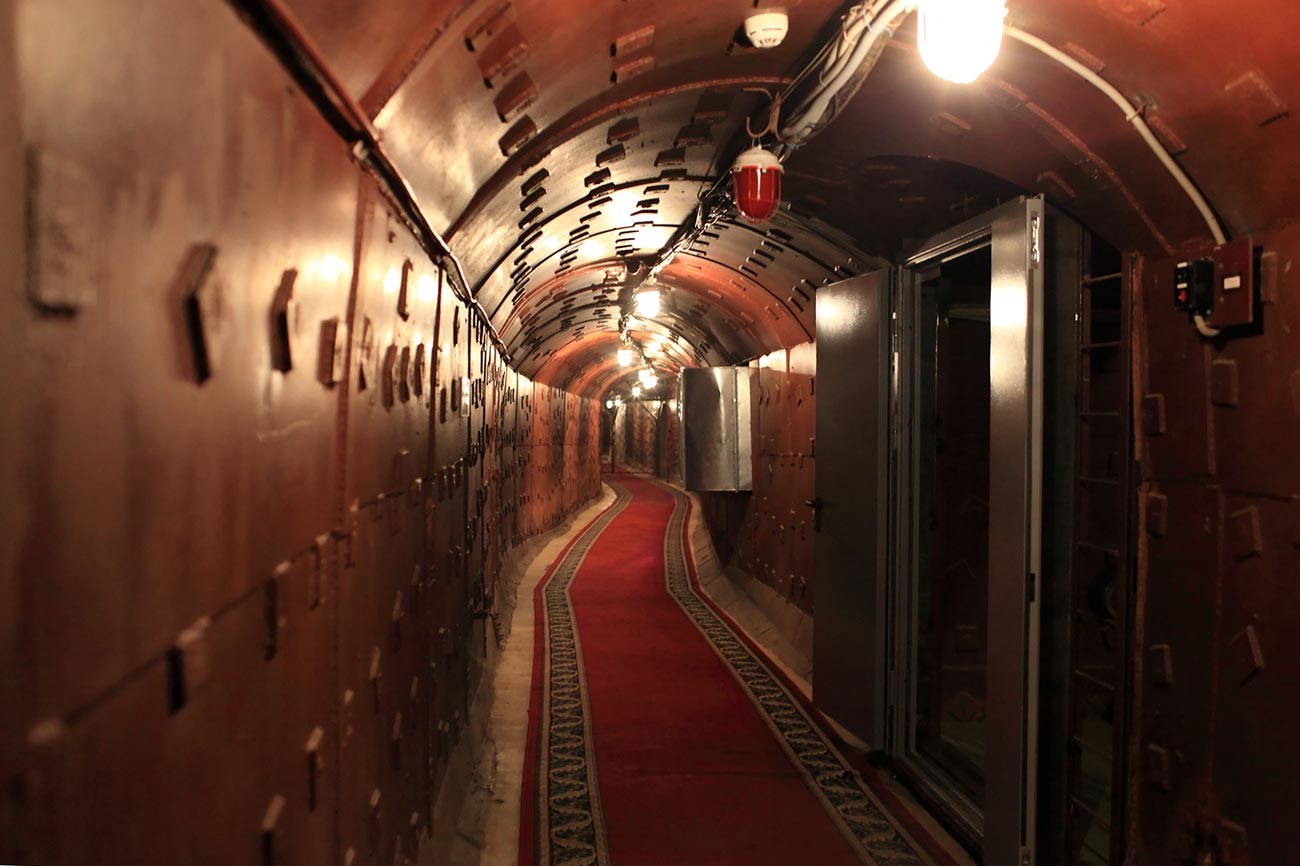 The bunker is situated in the Tagansky district in central Moscow, and was commissioned in 1956. The space, consisting of an 18-level vertical shaft and with an area of 7,000 sq. meters, used to house a backup aviation command center, in case nuclear war ever broke out. There was enough food, fuel, air and other provisions for 5,000 people to survive comfortably for six months. 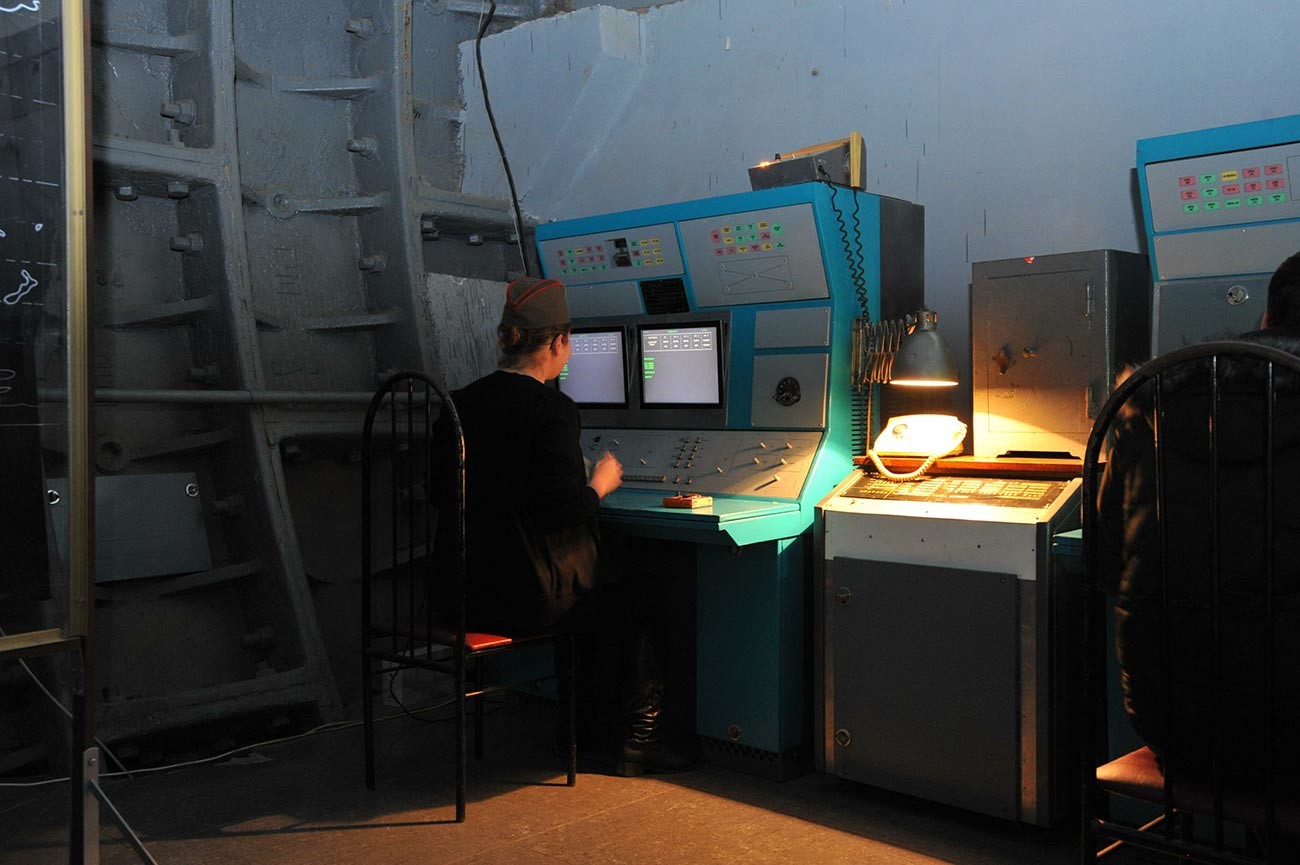 The bunker was actually used to command nuclear-armed bomber planes until 1986. In 2006, a museum and a restaurant replaced the abandoned command center, and visitors can now be at the center of the action by observing a realistic-looking atomic bomb detonation simulation, a virtual nuclear missile launch and take part in various games and quests. 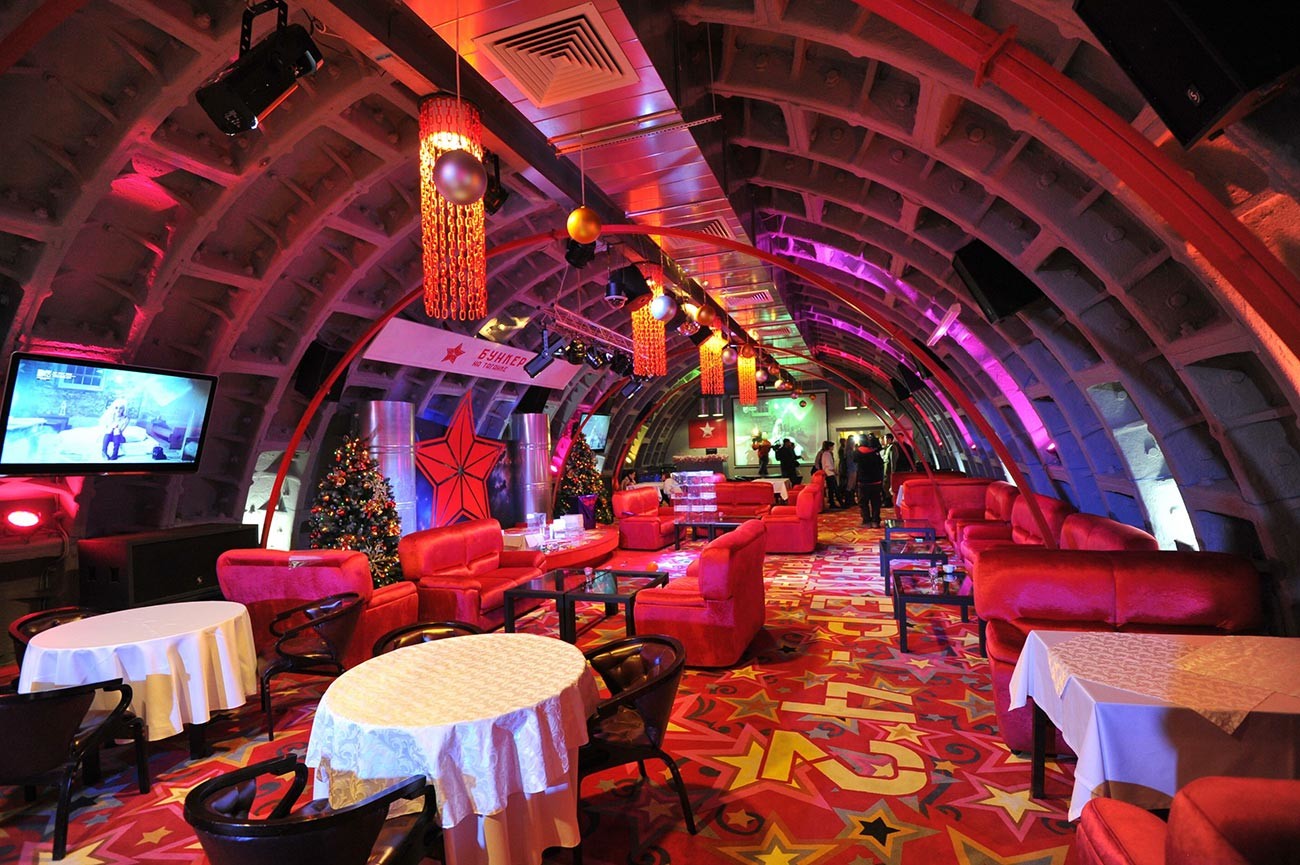 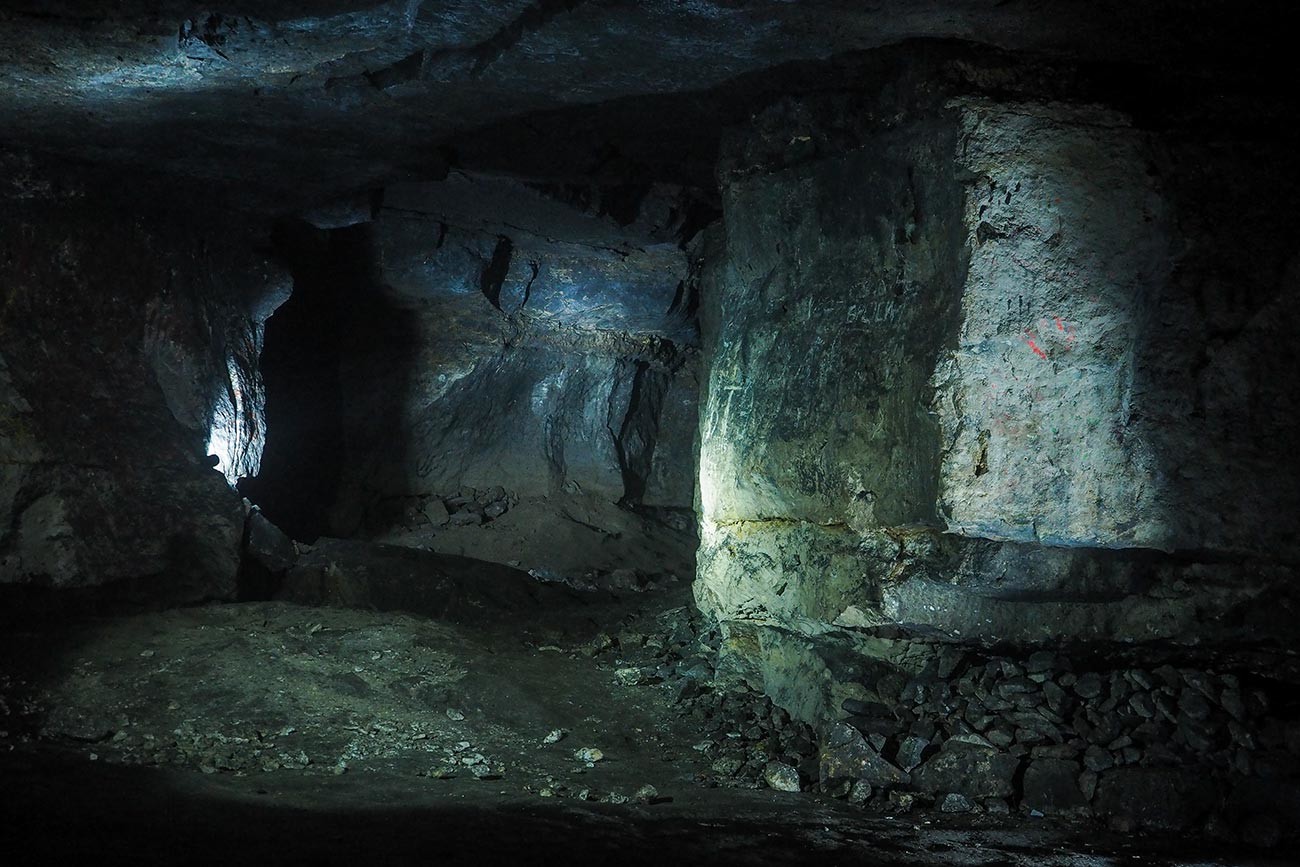 Just 12 km outside Moscow, near Domodedovo, you’ll find a cave system 19 km long. It appeared in the 17th century, and was used as a limestone mine, accelerating Moscow’s construction. The mining operation ended in 1917, and in the 1970s, authorities completely blockaded all entrances to the caves. 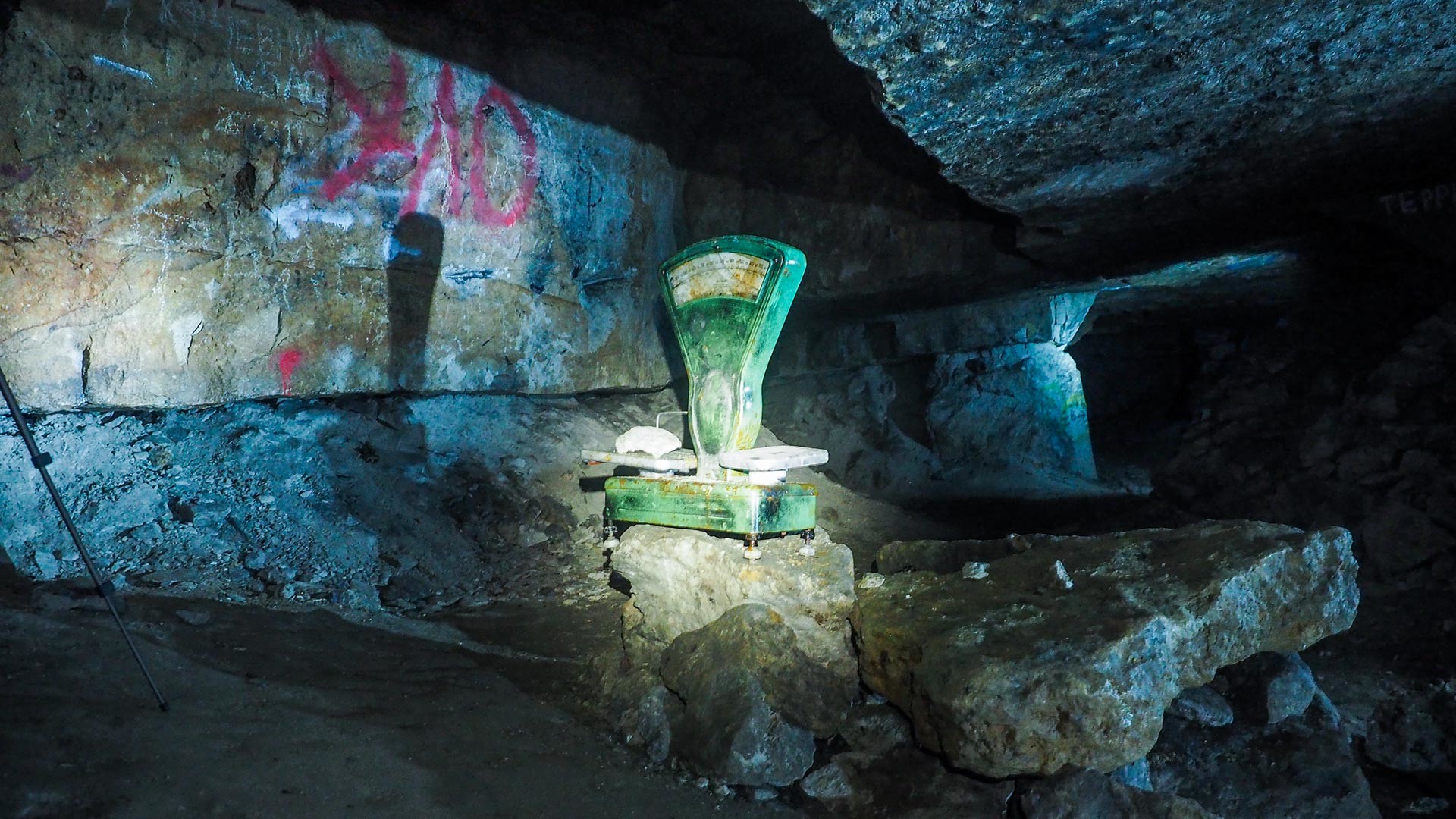 Diggers, however, unearthed an entrance in the 1980s and, in 2007, renovation works began to ensure that the walls and ceiling would not collapse. Today, the former mine is now a nice option for daytime sightseeing just outside Moscow. 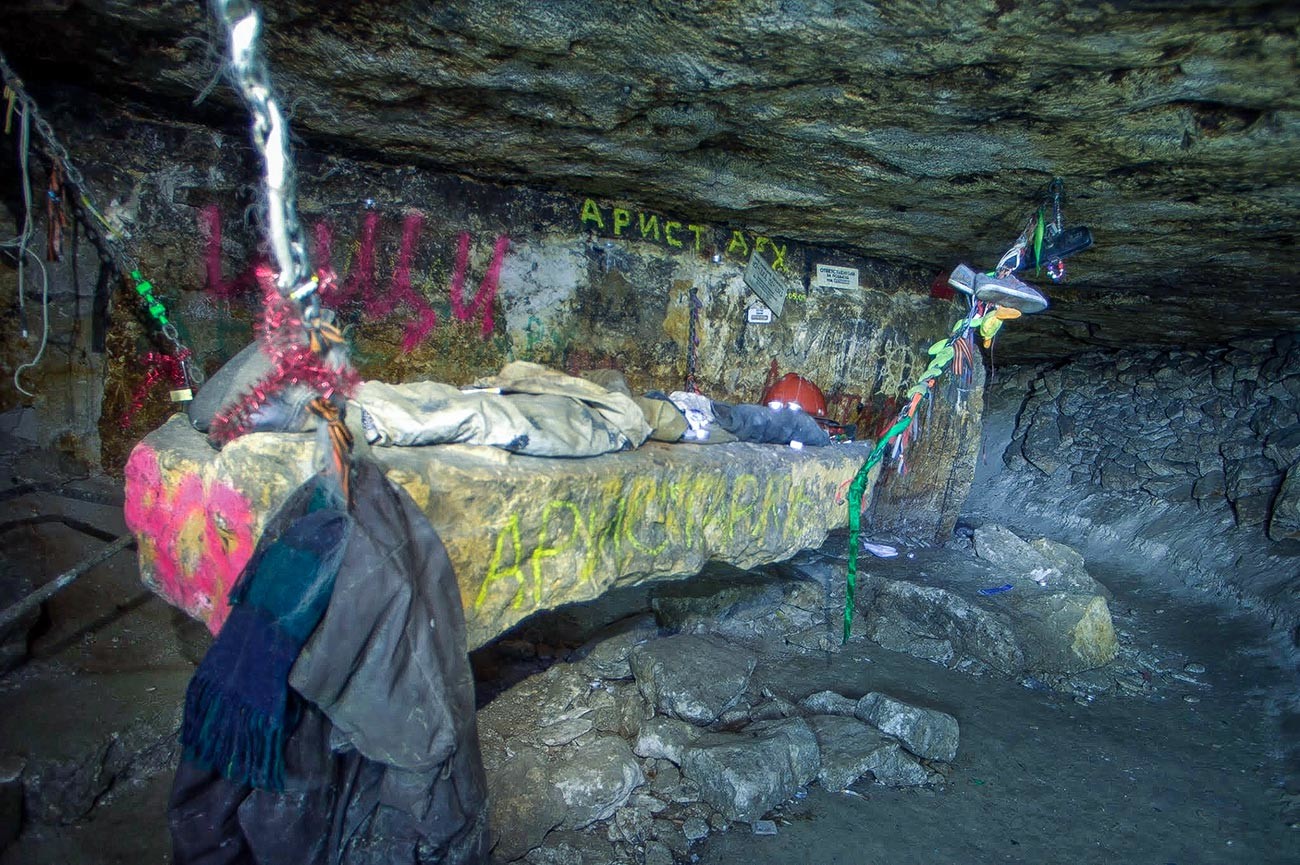 Visitors can expect to see an underground cathedral, as well as livable grottos and cave paintings. 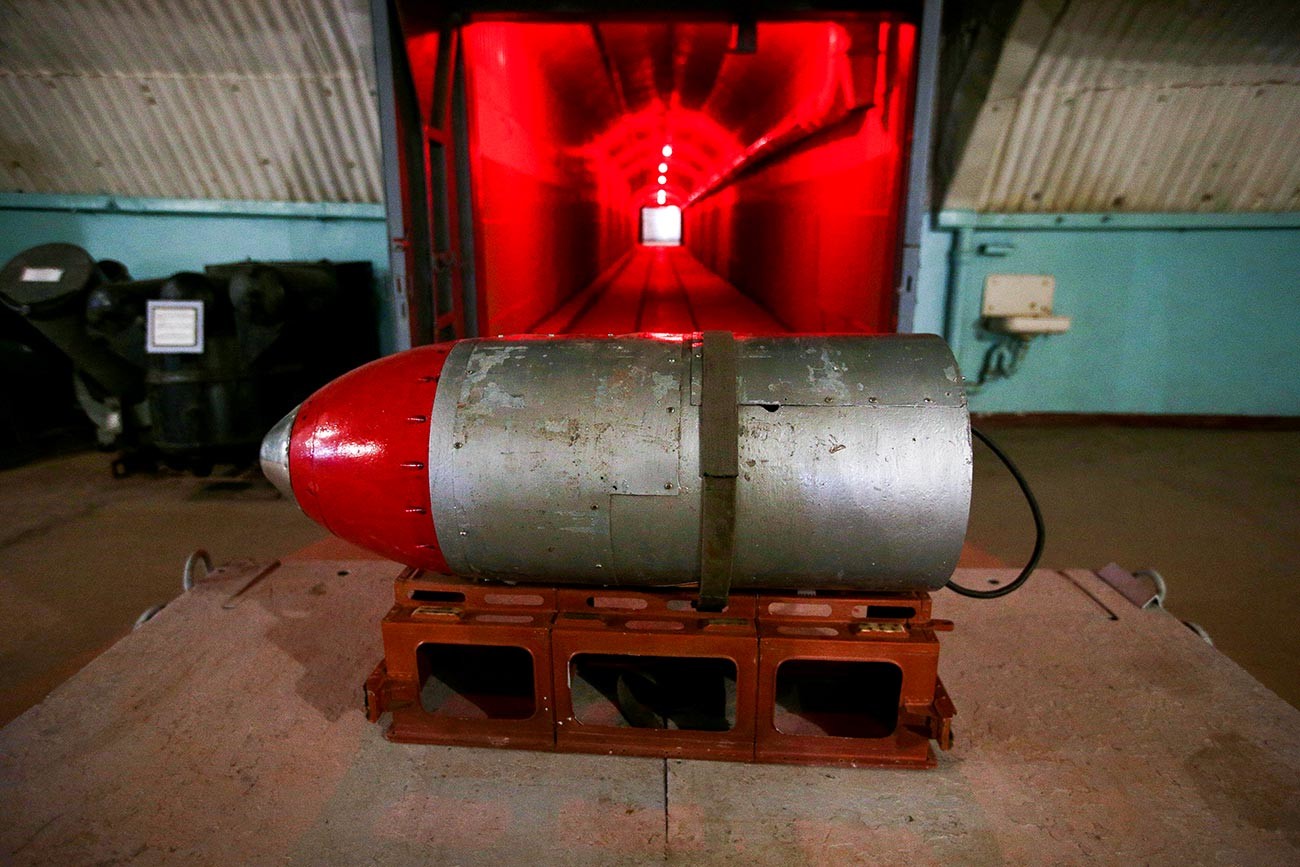 The ‘Object 825 GTS’ submarine base and nuclear hideout in the Balaklava Bay began construction in 1953, should the U.S. decide to follow up its bombardment of Hiroshima and Nagasaki somewhere in the USSR. It was only finished in 1961 and kept secret for 33 years, until 1994. Even the locals were unaware of the base’s existence. 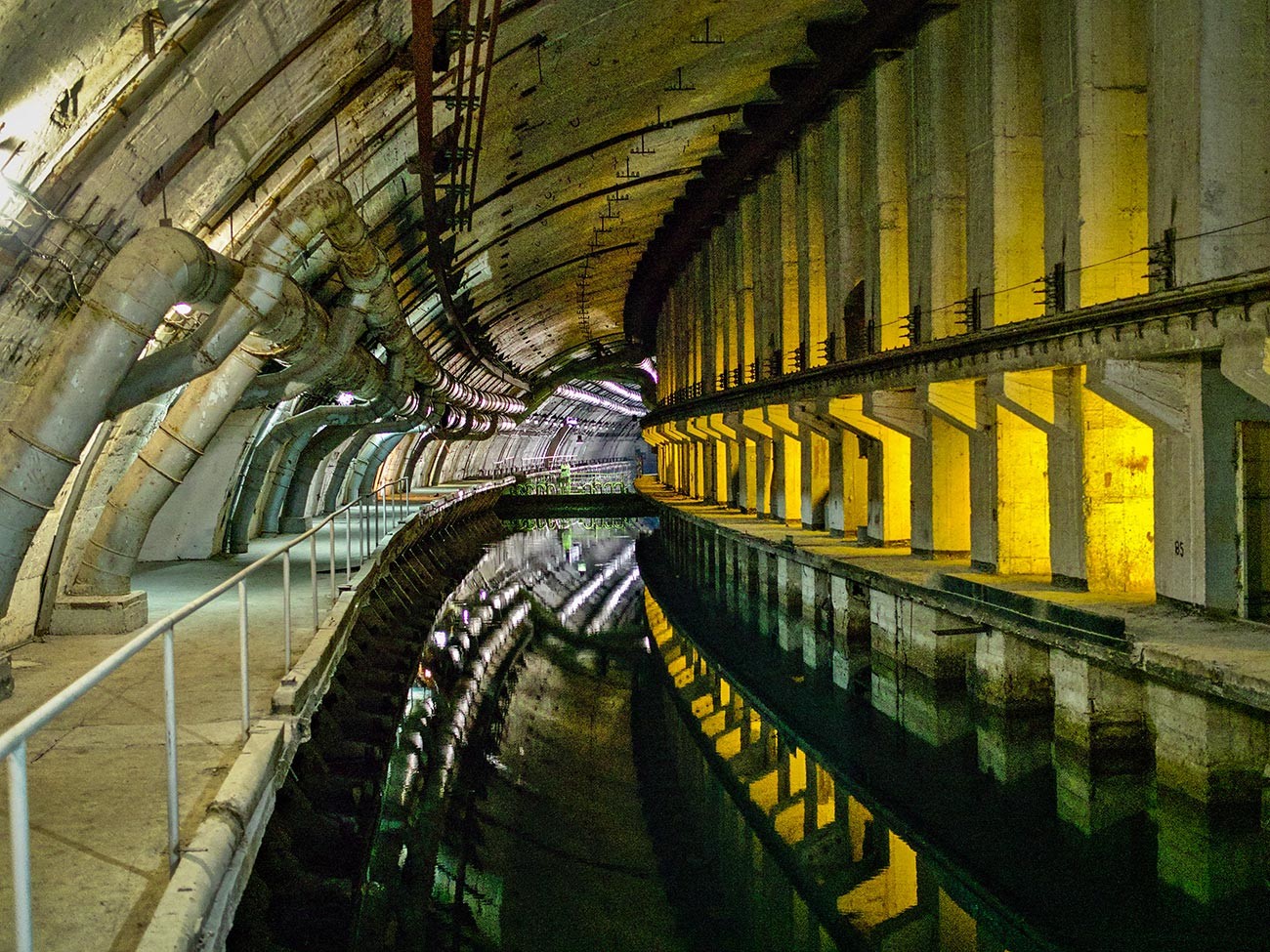 The military base’s nuclear hideout could hide nine small or seven medium-sized subs and crew, as well as 3,000 military personnel. In peacetime, Object 825 served as a submarine workshop, with the vessels entering its waters under cover of night for refuelling and oxygen and ammunition resupply. In the morning, they would be sent out on missions or patrols. 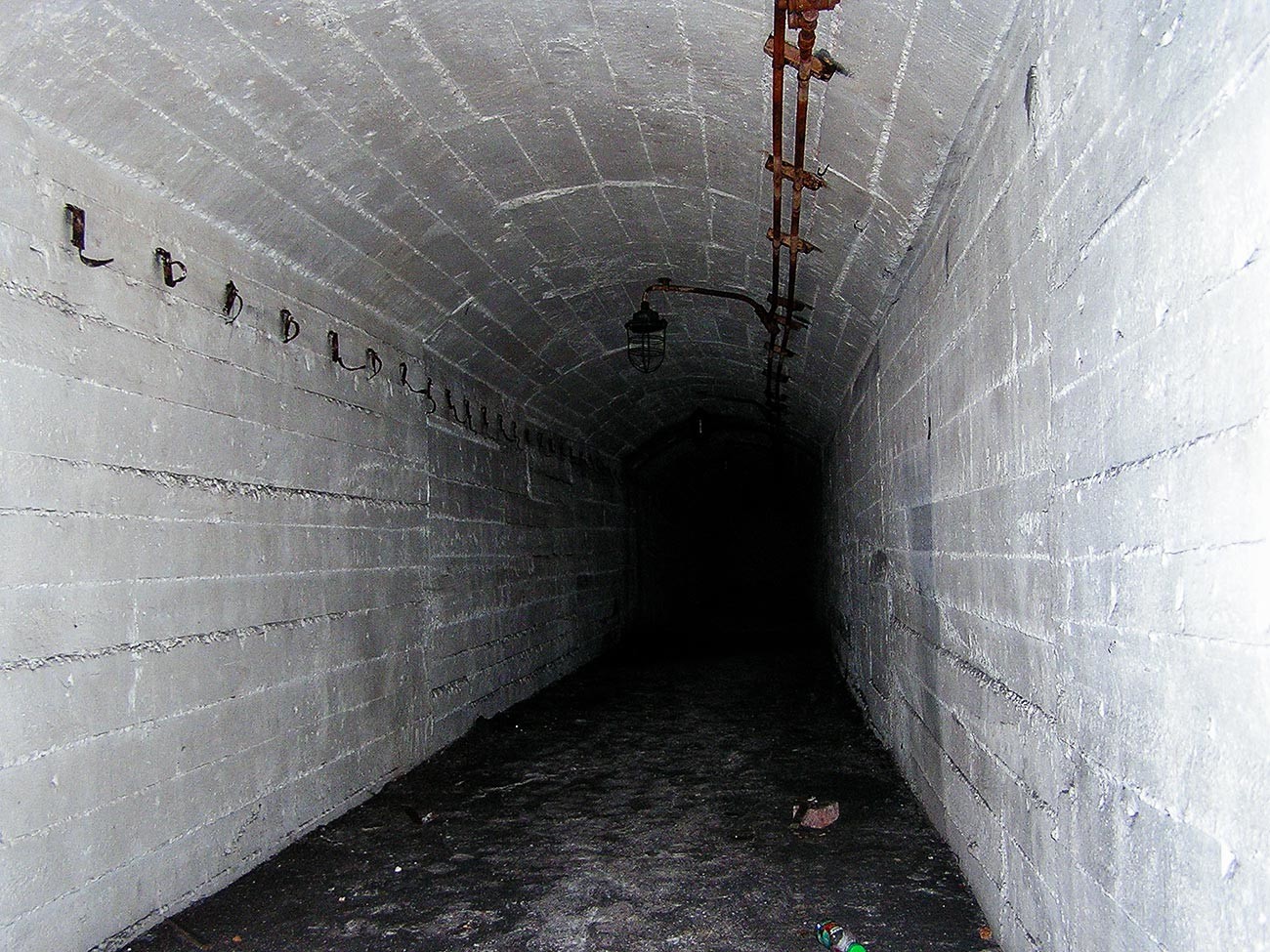 After it was shut down, the base was simply looted. In the early 2000s, the formerly classified base was turned into a museum, where tourists could walk the endless mazes of corridors and marvel at the complex’s various historical relics.