5 most controversial monuments in Moscow 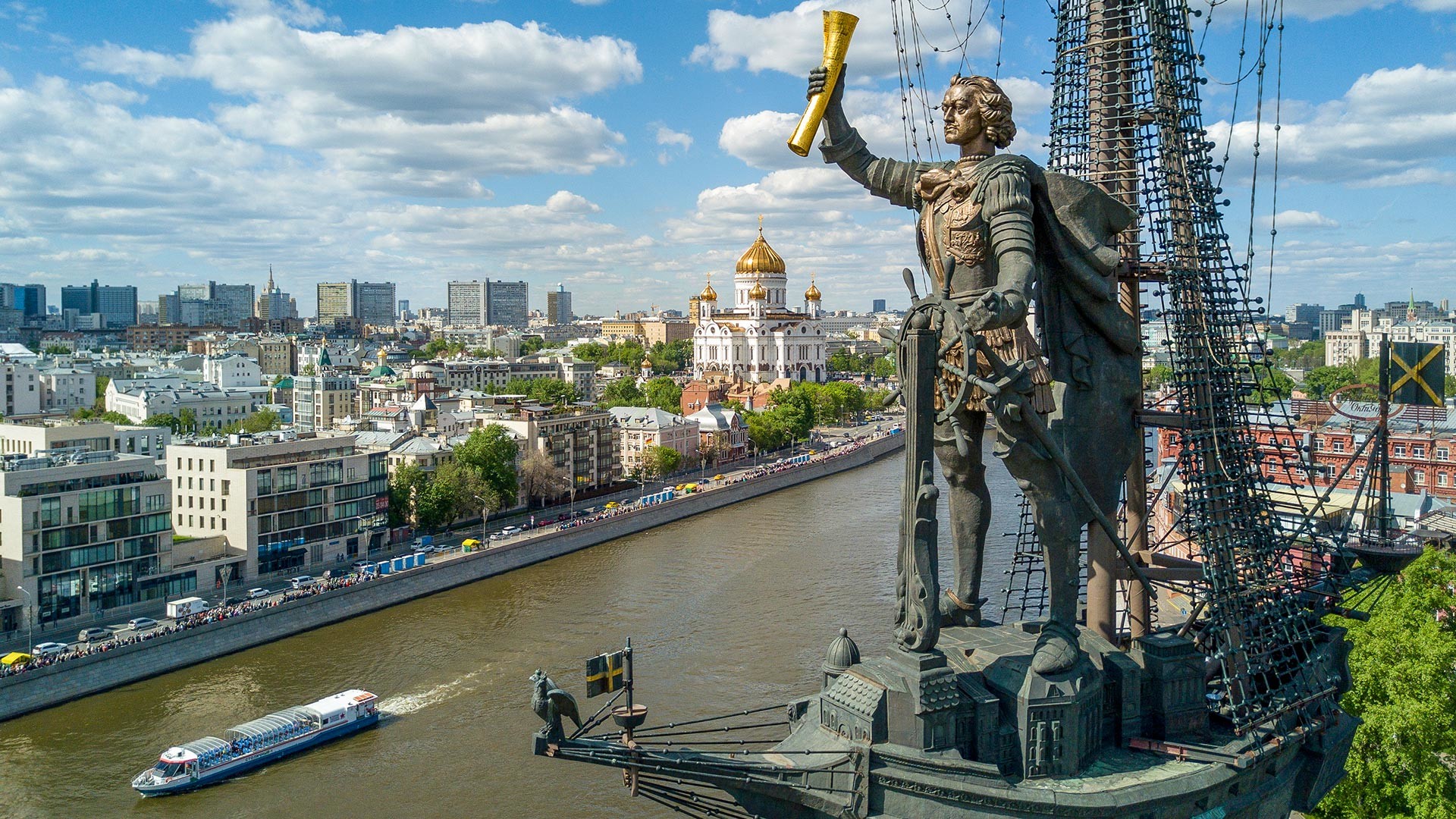 Maxim Blinov/Sputnik
The Russian capital has over 900 monuments! Let's take a look at those that did not go down well with Muscovites.

1. The monument to Yuri Dolgorukiy 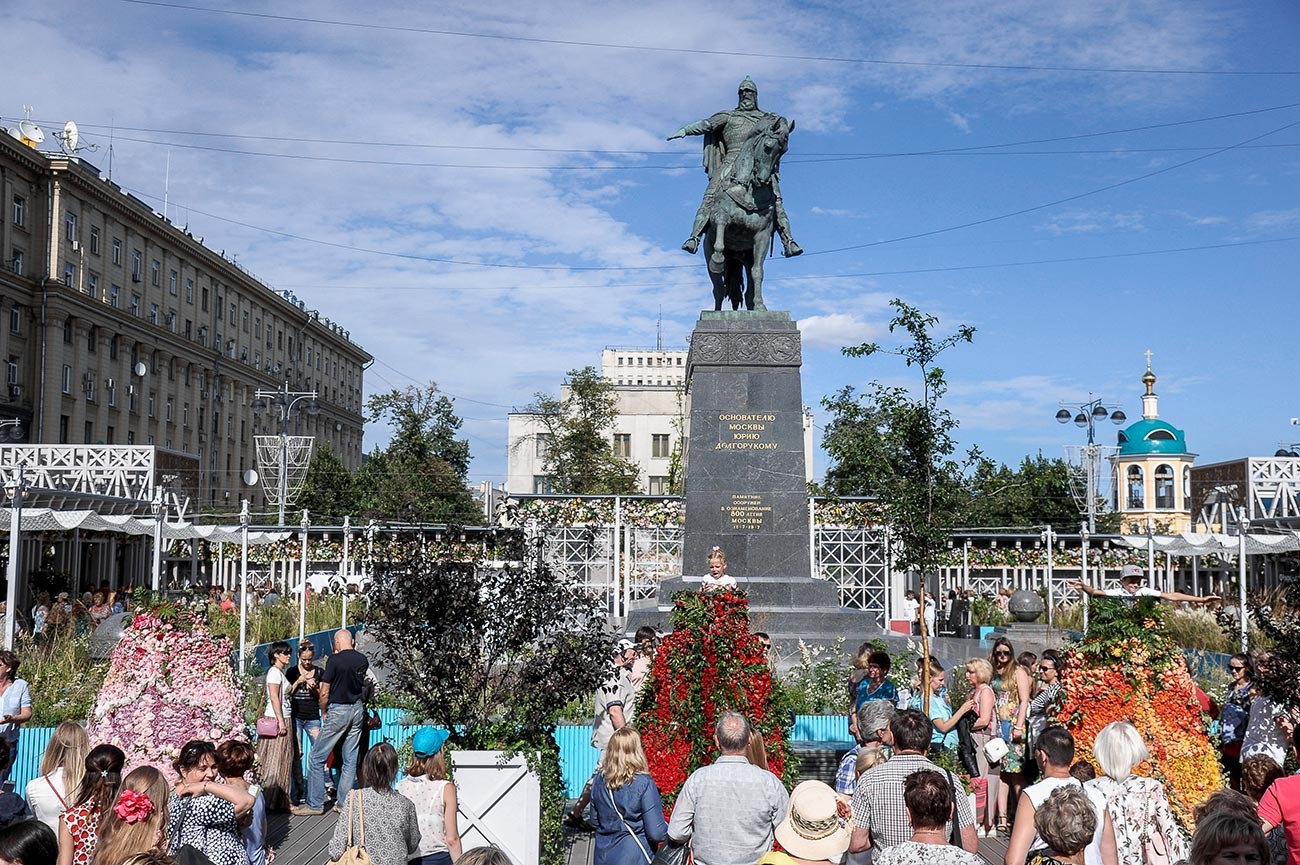 The bronze monument to Moscow’s legendary founder, Prince Yuri Dolgorukiy, was erected in 1947 to mark the city’s 800th anniversary. The sculptor Sergey Orlov presented, in great detail, a composite image of a Russian warrior in medieval armor because no likeness of Dolgorukiy has survived. There is a legend that when the monument was unveiled someone in the crowd shouted: “Looks just like him!” (according to another version of the same legend the shout was: “Looks nothing like him!”). Many still think that the Dolgorukiy monument looks very much like the central figure of the famous painting by Viktor Vasnetsov, “Bogatyrs”. 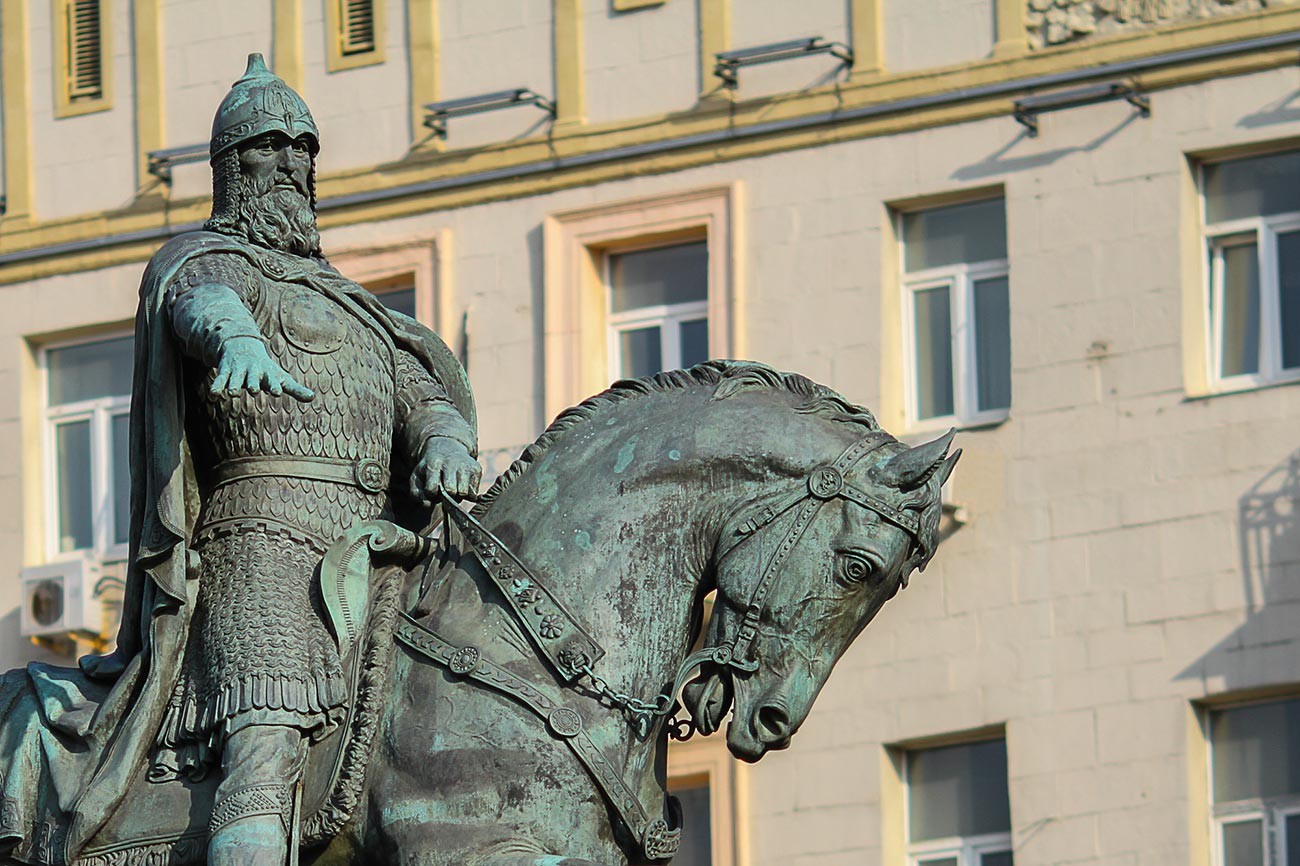 The monument was erected in Sovetskaya (present-day Tverskaya) Square, replacing a monument to the Soviet Constitution that was hastily erected there in 1919. It is common knowledge that the Soviet authorities did everything they could to dismantle the legacy (including monuments) of the Russian Empire. At the same time, Stalin wanted his rule to be associated with the heroes of Old Rus - Yuri Dolgorukiy, Alexander Nevsky, Ivan the Terrible (the last two were the protagonists of two patriotic films that he commissioned from Sergei Eisenstein). After Stalin's death, party hardliners no longer had to conceal their anger at monuments in the very heart of Moscow that had nothing to do with communism.

There are also some rather bawdy stories about Yuri Dolgorukiy's mount. One story has it that when Stalin was previewing the monument, he was not pleased that the horse was a mare and ordered it to be turned into a stallion. Whereas his successor Nikita Khrushchev, on the contrary, thought that the horse’s male attributes were too big, so in the end they were removed altogether.

2. The monument to Marshal Zhukov 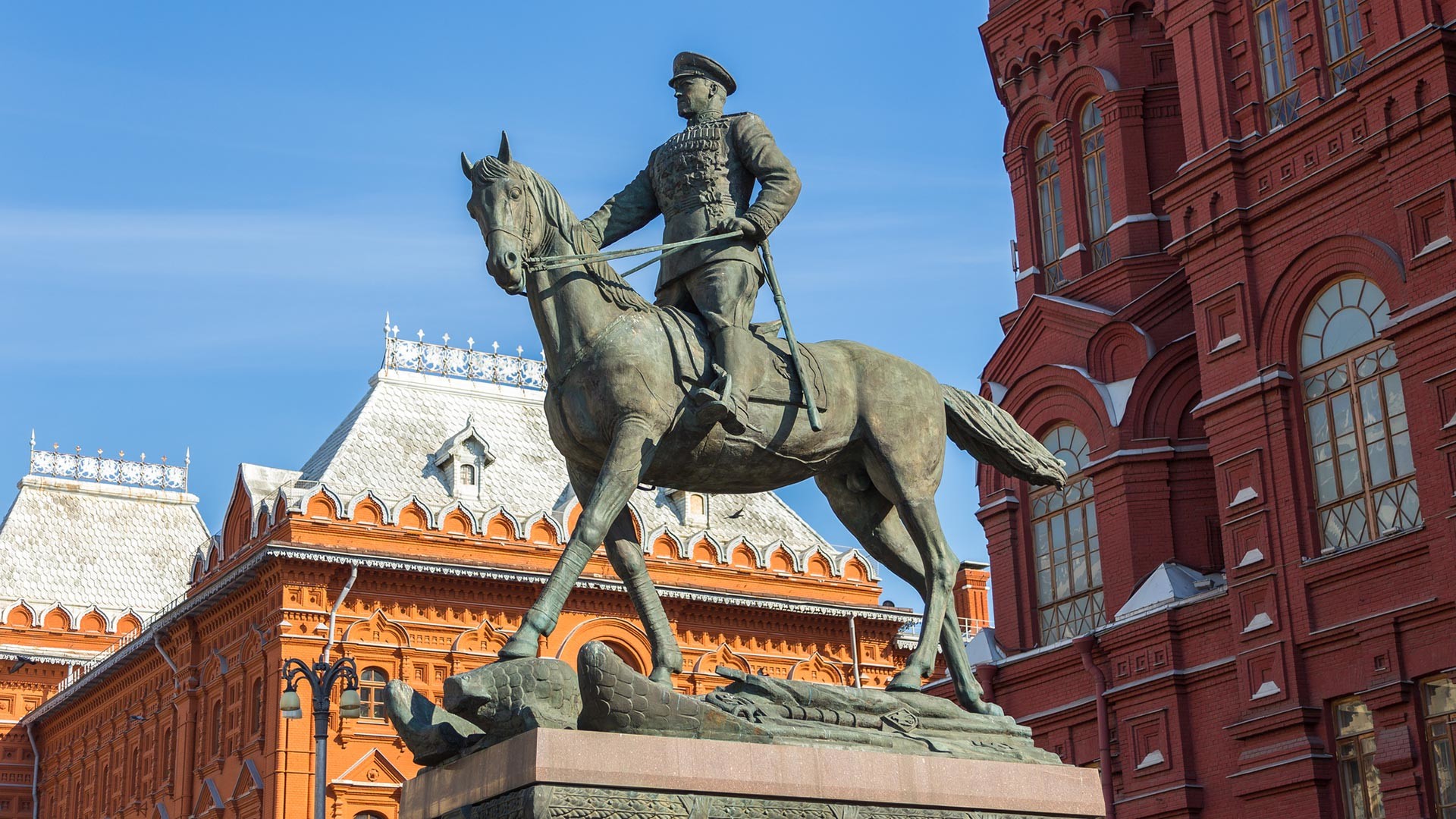 Georgy Zhukov was a hero of the Soviet Union and one of the marshals who led the country to victory in World War II. He also led the legendary first Victory Parade on June 24, 1945. Photos from that parade served as the inspiration for this equestrian monument to Zhukov, erected in 1995 to mark the 50th anniversary of the victory. 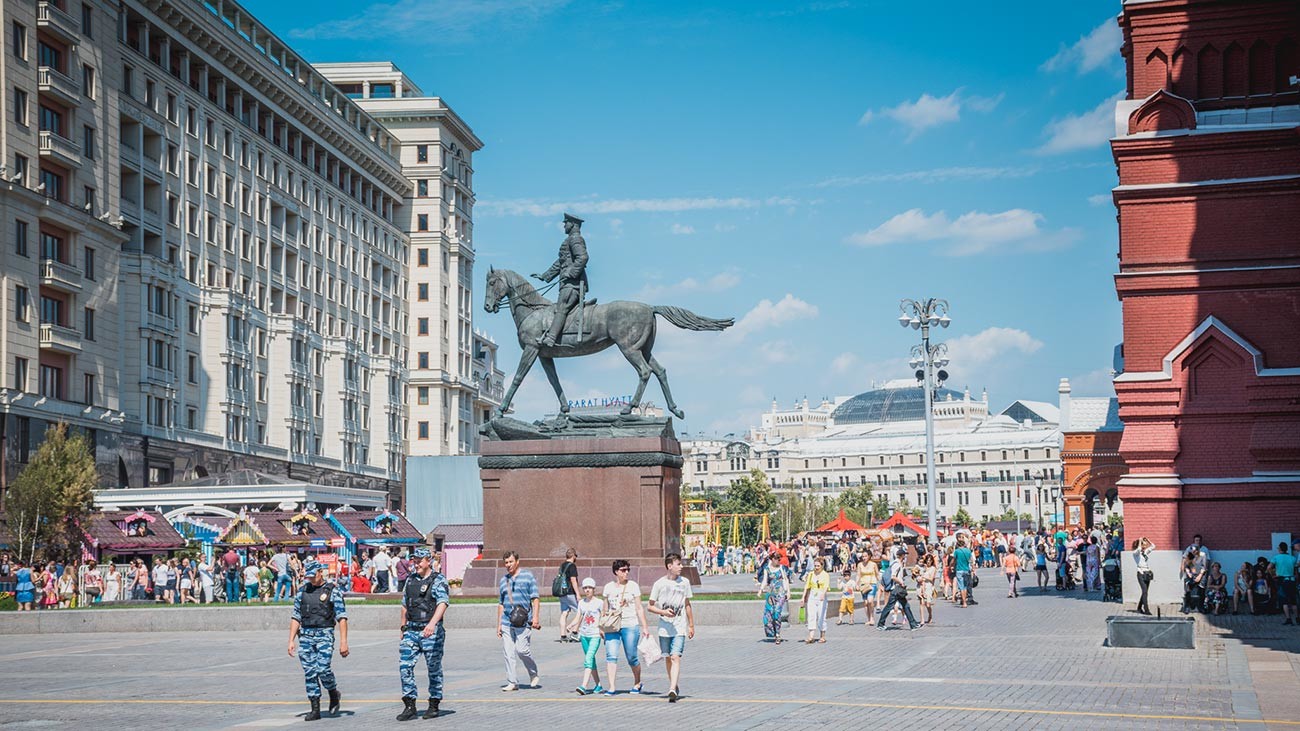 The monument cost the large sum of $3.2 million, but Muscovites were disappointed with what its authors, sculptor Vyacheslav Klykov and architect Yuri Grigoryev, created. Most of the criticism focuses on the horse: that it looked disproportionate to the rider, and that its pose was unnatural. Furthermore, Zhukov’s face bore little likeness to the real man. The sculptor himself complained about the location of the monument, saying that it was overshadowed by the Historical Museum. Initially, the statue was supposed to be placed on Red Square, but a UNESCO committee intervened to protect the cultural heritage site. So Zhukov remained at the entrance to Red Square - near the Historical Museum, on Manezhnaya Square.

3. The monument to Peter the Great 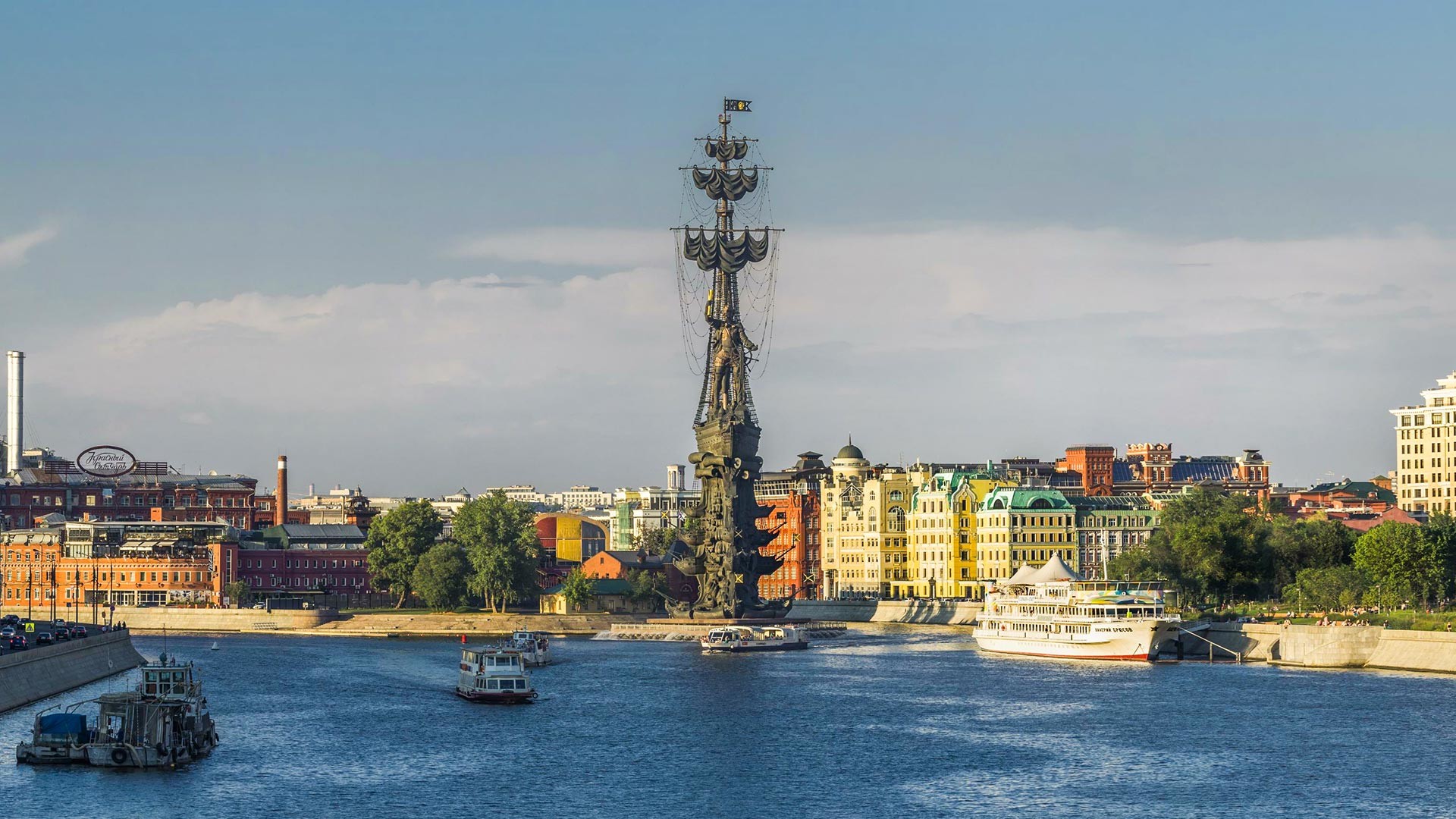 This monument, arguably Moscow's least popular, cost the city government the staggering sum of $16.5 million. The nearly 100-meter-tall statue was created by Zurab Tsereteli in 1997, and was commissioned by the Moscow city government to commemorate the 300th anniversary of the establishment of the Russian fleet. The monument consists of an 18-meter-tall statue of Peter the Great standing on a ship, which in turn stands on a pedestal. A special mound for the monument to stand on had to be created on the spit of the Moskva River at the end of Baltschug Island. 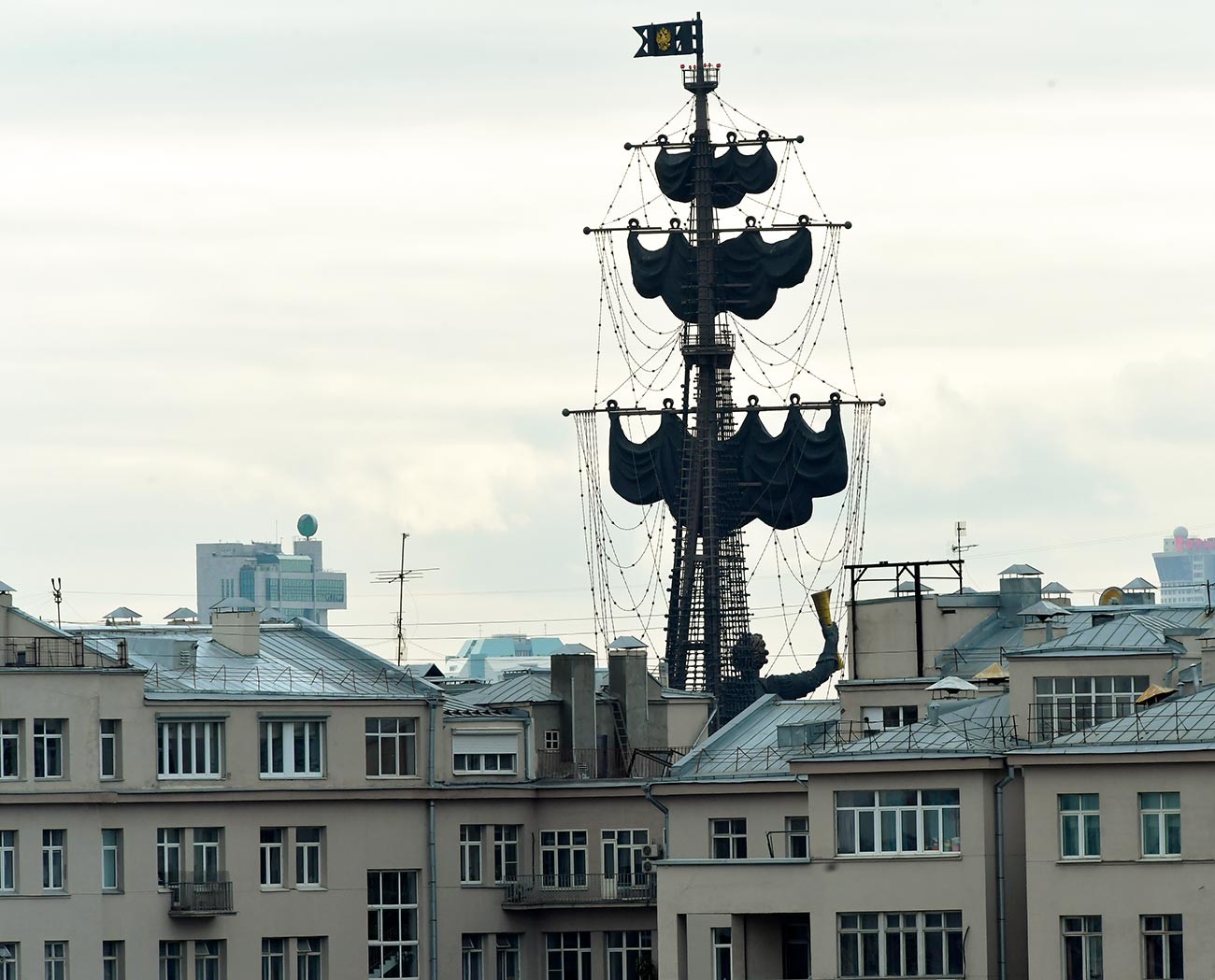 The main criticism directed toward the statue was that its enormous size was out of place in the city's historical center. There was even a protest staged against the monument under the slogan: "You do not belong here", and activists collected signatures to have the monument demolished. When the city got a new mayor, there was a discussion whether the monument could be moved to another location; so, it was offered to St. Petersburg, but that city didn't want it. 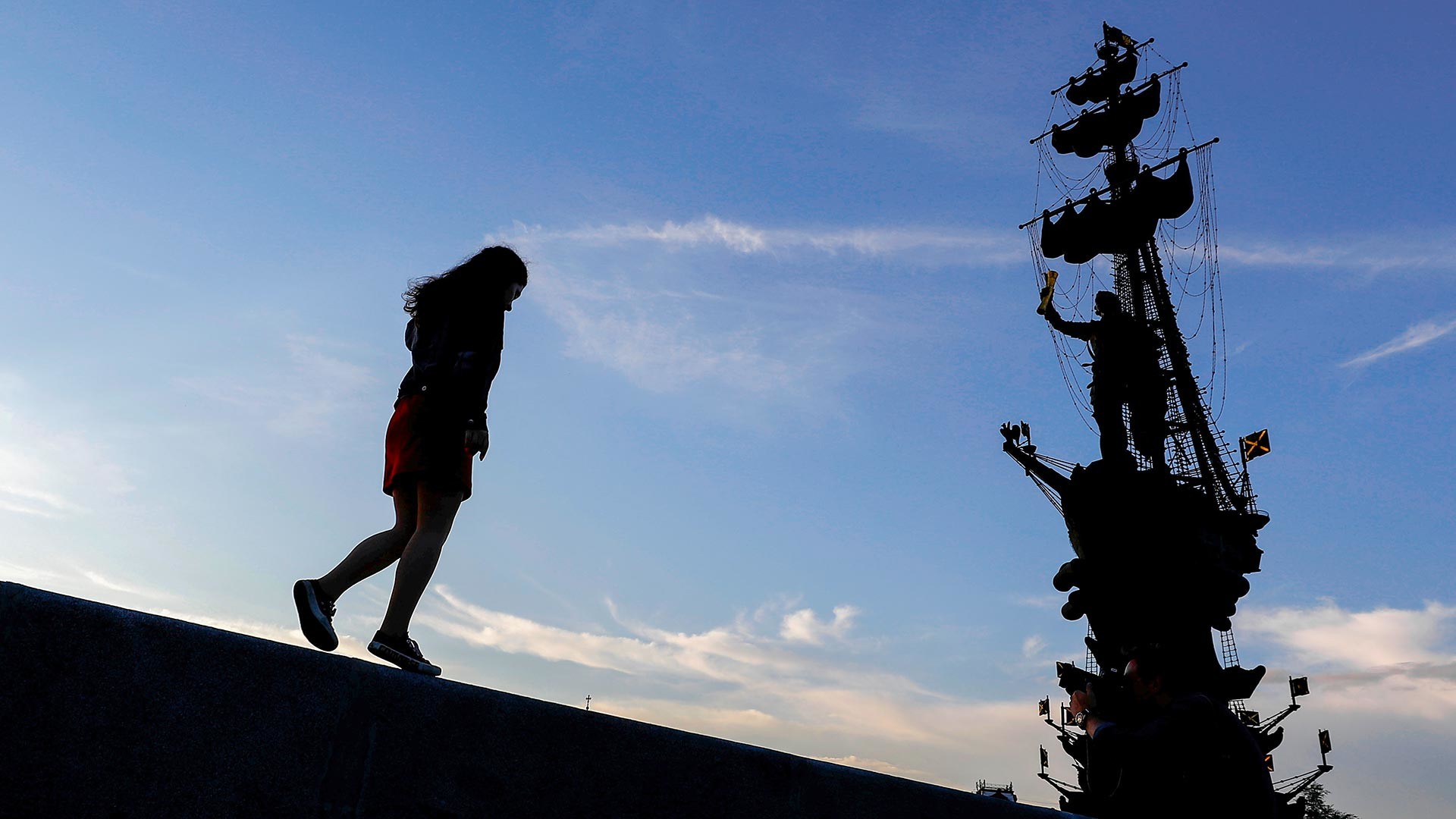 This sculpture resembles another work by Tsereteli – a monument to Christopher Columbus – which rumor has it, he tried to sell to the U.S., but the Americans refused and the statue ended up in Puerto Rico.

4. The monument to Vladimir the Great 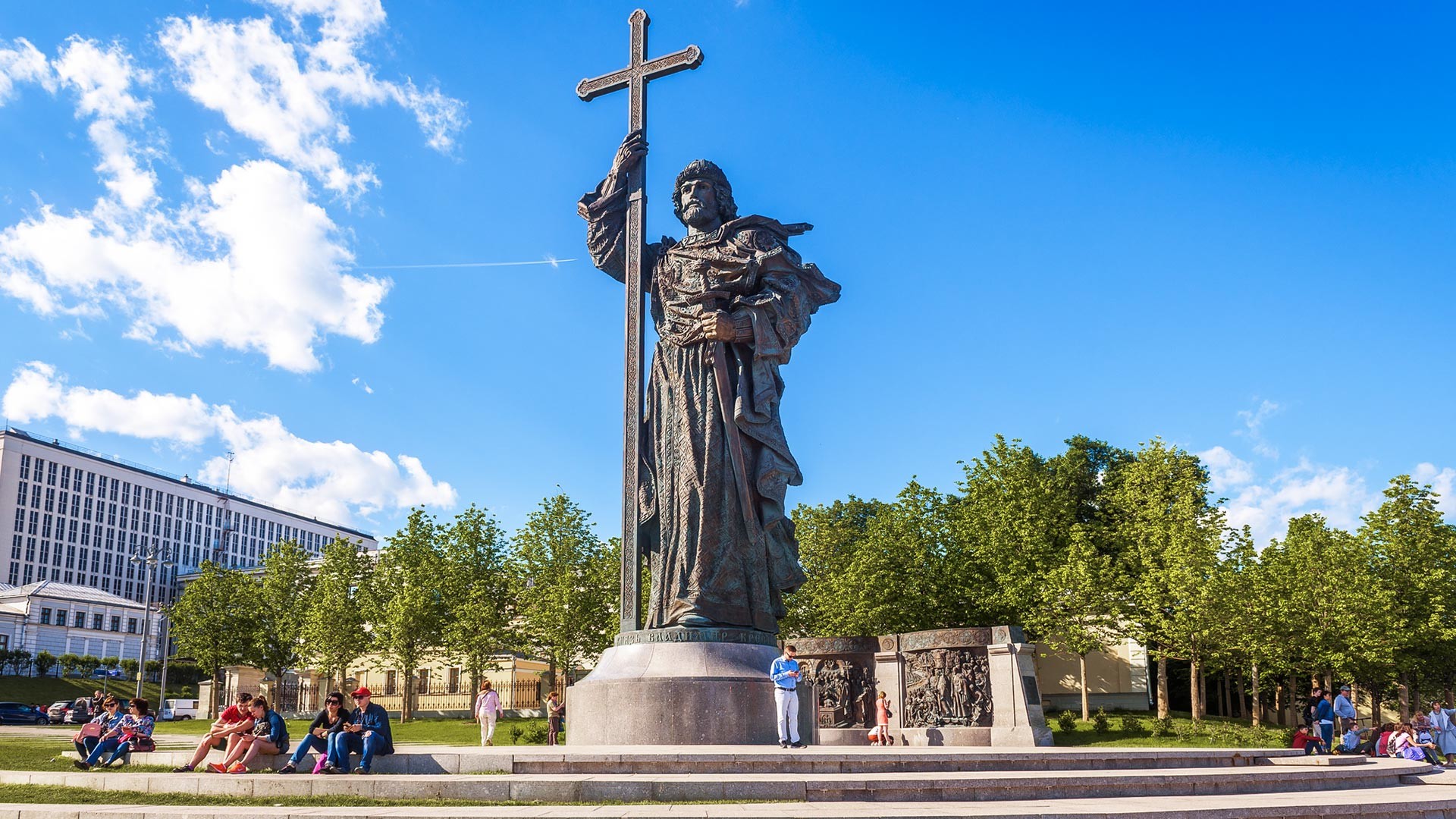 One of the recent additions to Moscow's list of monuments is a huge, 17.5-meter-tall statue of Prince Vladimir who lived in the 10th century and converted Russia to Christianity. The monument, created by sculptor Salavat Shcherbakov, was erected near the Kremlin on November 4, 2016, which is celebrated in Russia as Day of National Unity. Initially, it was supposed to be installed on Sparrow Hills, but that idea came under much public criticism since the sculpture would ruin the look of the famous observation deck. There were other reasons to abandon the original plan: Sparrow Hills are listed as a special conservation area; furthermore the high bank of the Moskva River might be prone to landslides. 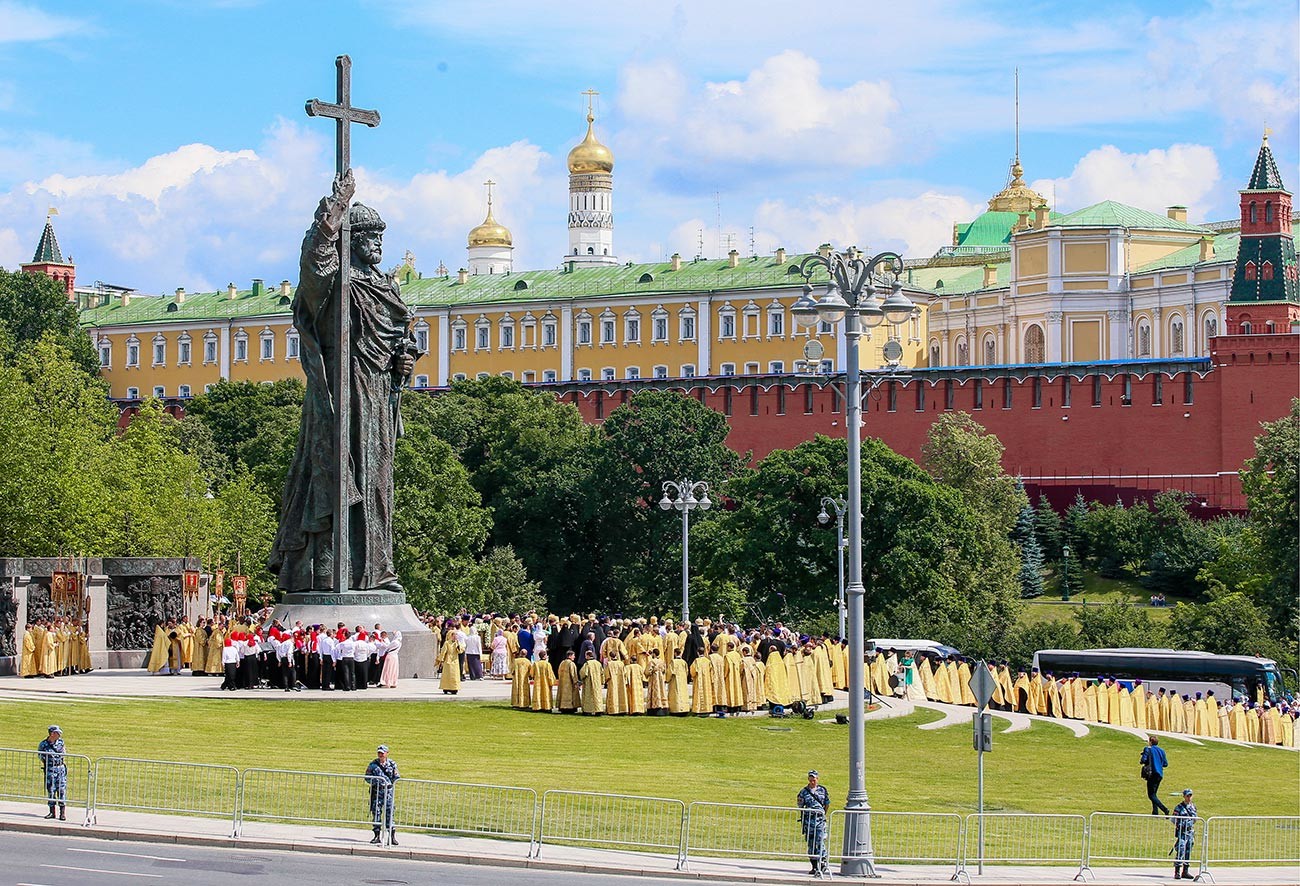 A new location for the monument was chosen via online voting: it became Borovitskaya Square just next to the Kremlin. What provoked Muscovites' objections was the fear that the statue would ruin the area’s historical and architectural ensemble. In addition, Prince Vladimir himself became the focus of a heated discussion: some critics suspected President Vladimir Putin of seeking to draw historical parallels between himself and the medieval Russian prince (which his press secretary denied was the case), while others were wary of the growing influence of the Russian Orthodox Church, whose representatives were on the panel that selected the design for the monument. Furthermore, the reason for erecting the monument (the 1000th anniversary of Vladimir the Great's death) was thought by many to be rather far-fetched. 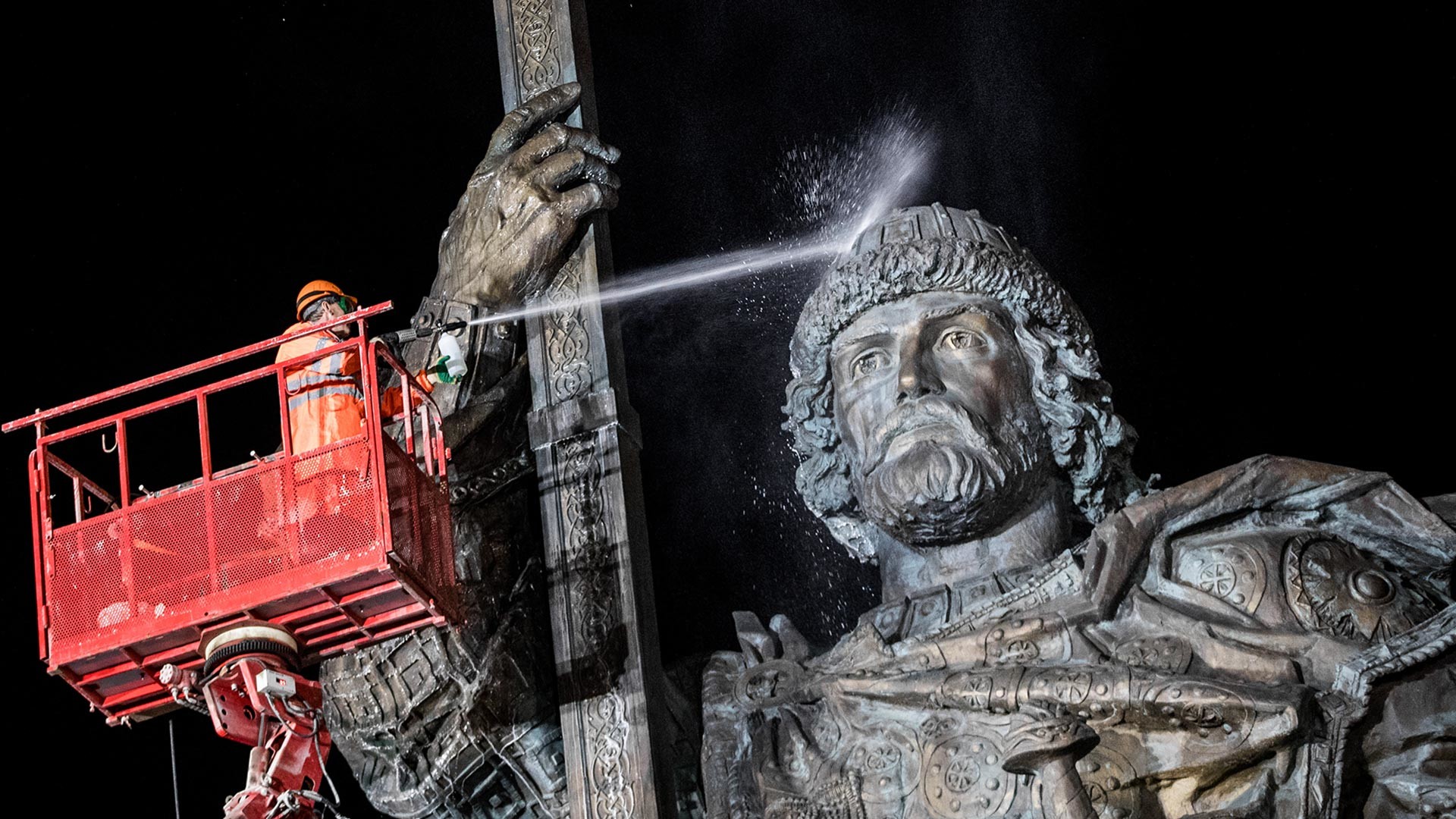 Another reason for criticism was that Vladimir doesn’t really belong in Moscow because when the city was founded in 1147 the prince had already been long dead. Whereas Kiev, where Vladimir ruled, already has a 20-meter-high monument to him.

5. The monument to Mikhail Kalashnikov 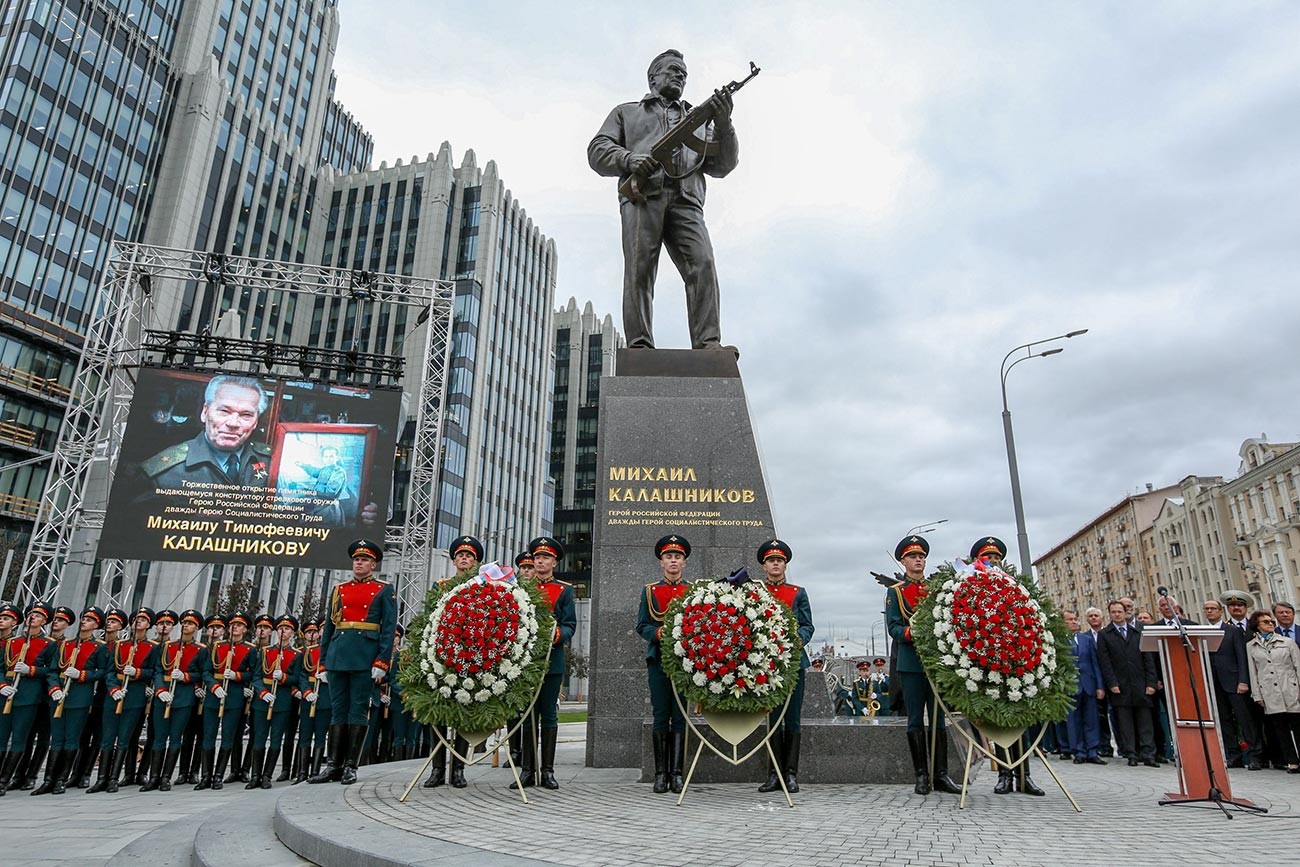 Shortly after his statue of Prince Vladimir, the sculptor Salavat Shcherbakov created this monument to the man who designed the famous AK-47 assault rifle, which remains in service in more than 50 countries.

The monument was erected in the center of Moscow, in Oruzheyny [which is translated as ‘weapon’s lane’] Pereulok outside the Oruzheyny business center that is inspired by the Stalin-era Seven Sisters buildings. The two-meter high figure of Kalashnikov, holding his famous assault rifle, stands on top of a five-meter pedestal. At its foot is a figure of Archangel Michael piercing a dragon with a spear (usually this image features Saint George, who also forms part of the official emblem of Moscow). The pedestal is decorated with Kalashnikov's designs and drawings, as well as his quote: “I created a weapon for defending my Fatherland.” 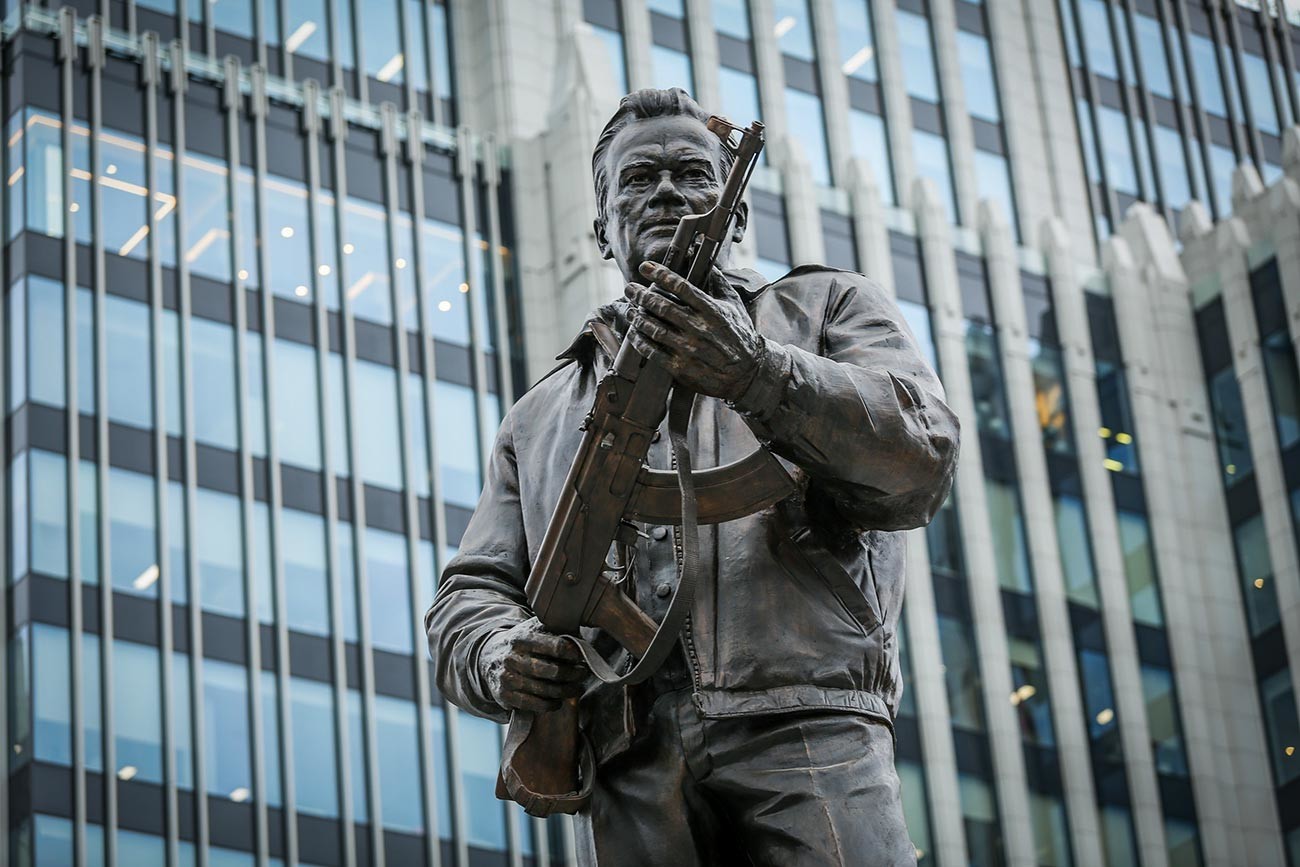 The monument sparked much controversy since it commemorates a man who created a weapon that has taken millions of lives. Many also wondered: if this is a monument to the man, why does he have to have a Kalashnikov in his hands; and vice versa, if the monument is in fact to the Kalashnikov rifle, what is its designer doing in it?

Also, the sculpture provoked a lot of criticism on aesthetic grounds, with many social media users describing it as "ugly". Prominent gallery owner Marat Gelman, who was also one of the vociferous critics of the Peter the Great monument, called the Kalashnikov monument “archaic” and “vulgar”.