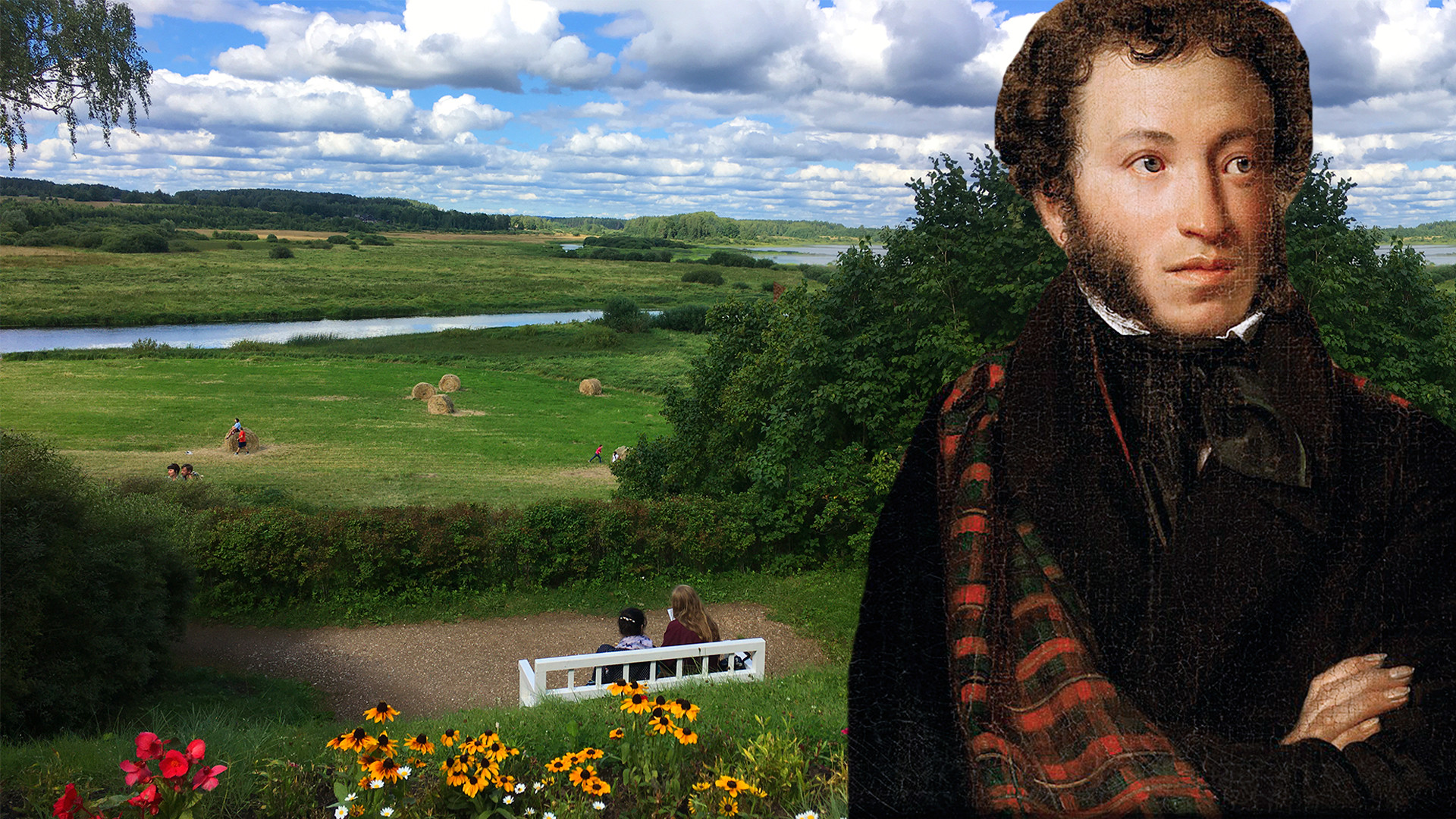 Alexander Pushkin may not be as popular outside Russia as Leo Tolstoy or Fyodor Dostoyevsky, but without any doubt he is the favorite poet of all Russians - and moreover every Russian definitely knows up to five of Pushkin’s poems by heart! So visiting the places which breathe with his art and life is considered almost a pilgrimage for all literature buffs. But even if you are not a fan of Russian poetry - this place won’t leave you indifferent. And here are five reasons you should visit the Pushkin Hills.

1. Get acquainted with the greatest ever Russian poet -  Alexander Pushkin 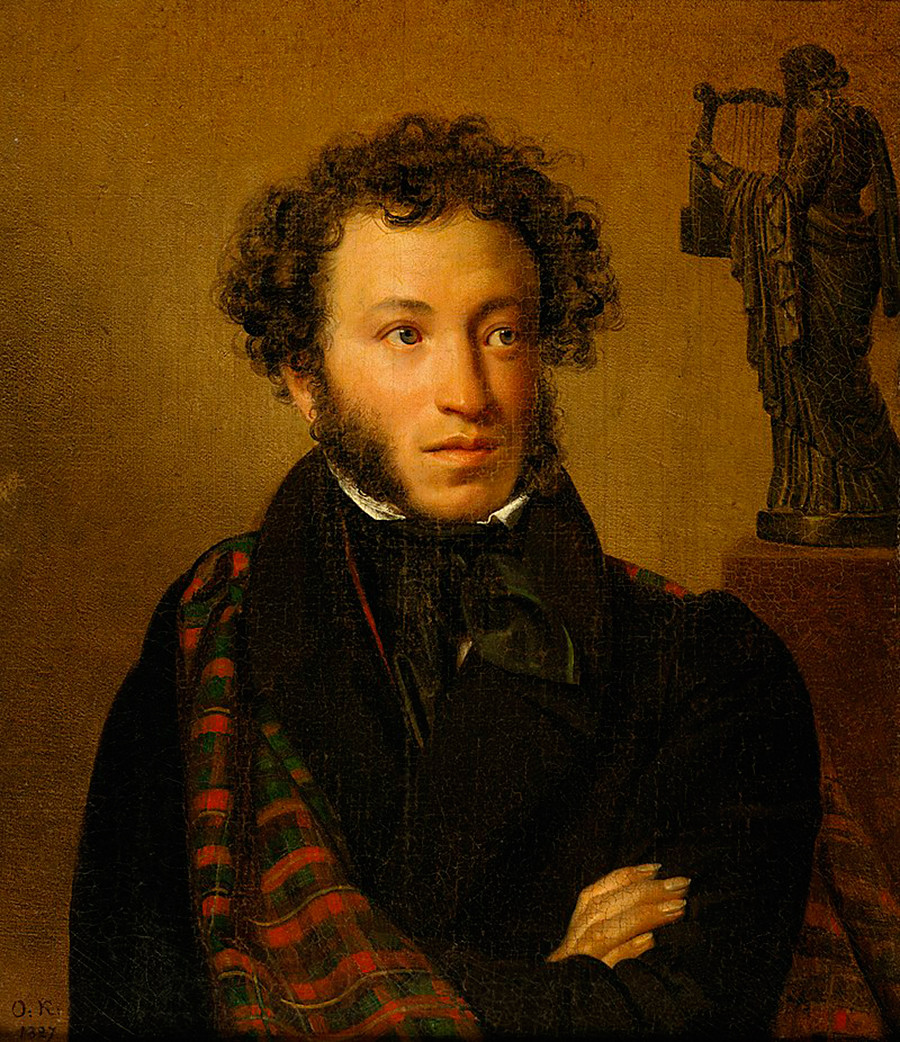 The ‘Pushkin Hills’ 370 miles west of Moscow were named in 1922 when the area was turned into the Alexander Pushkin museum-reserve. It includes three countryside estates connected with poet’s life - Mikhaylovskoye, Trigorskoye, and Petrovskoye, as well as the Svyatogorsky Monastery where he is buried. 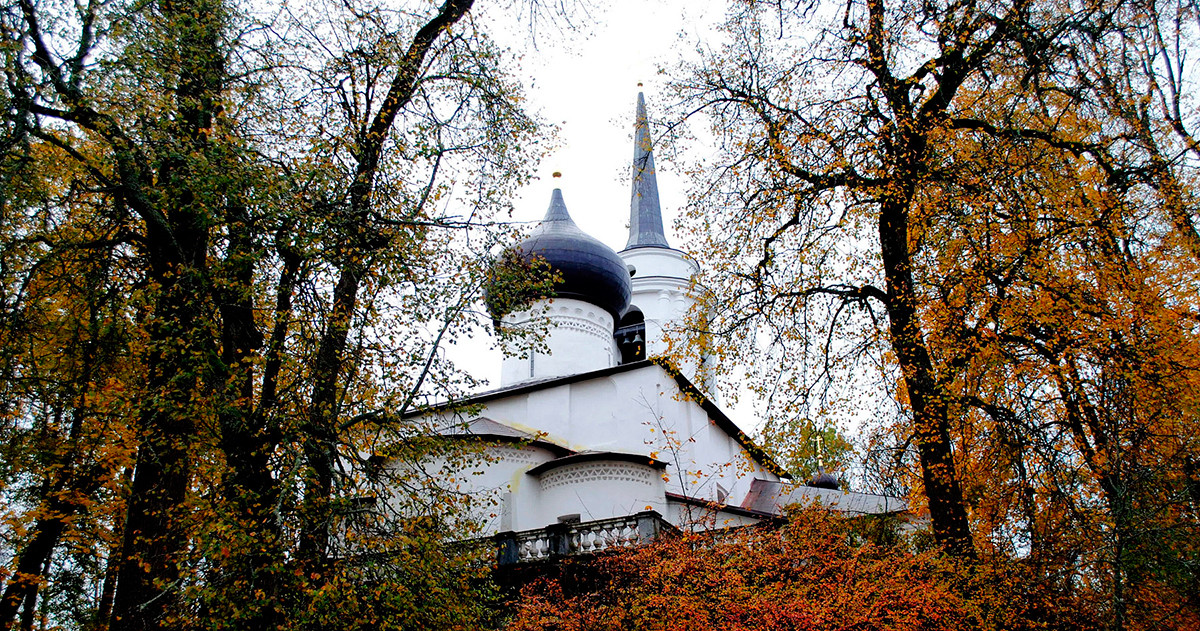 In 1824 Pushkin was exiled to his family estate Mikhaylovskoye. He spent two years there, sometimes bored, sometimes visiting the neighboring estates mentioned above. However, this confinement was the most productive time for Pushkin’s work. He wrote many poems, several plays and created plans for many future poems and novels. 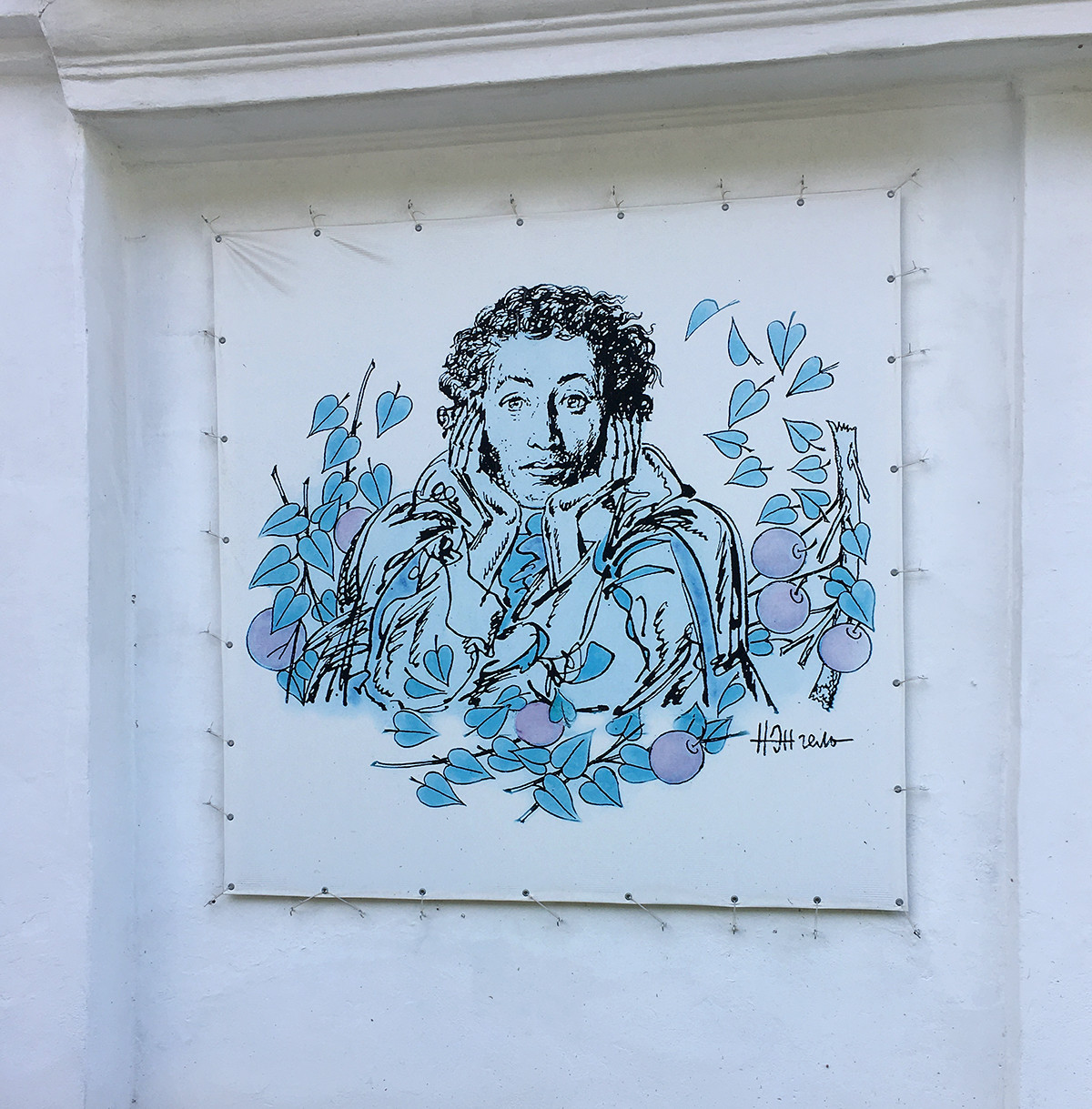 Portraits of Pushkin are everywhere in Pushkin Hills

Another significant work was writing most of the chapters of his verse novel Eugene Onegin which is partly ‘staged’ in these places. Just like his creator, Onegin is a stylish dandy from the capital who comes to this peaceful slice of nature and walks here thinking a lot about life. At the Trigorkoye estate there is even an “Onegin bench” where he was supposed to sit with a perfect view, already tired of life even though he was only in his twenties.

Walking around can make anyone a poet. Green hills flow into meadows and valleys with streams, haystacks and windmills, while the far line of the horizon ends on the edges of forests… A miraculous view! 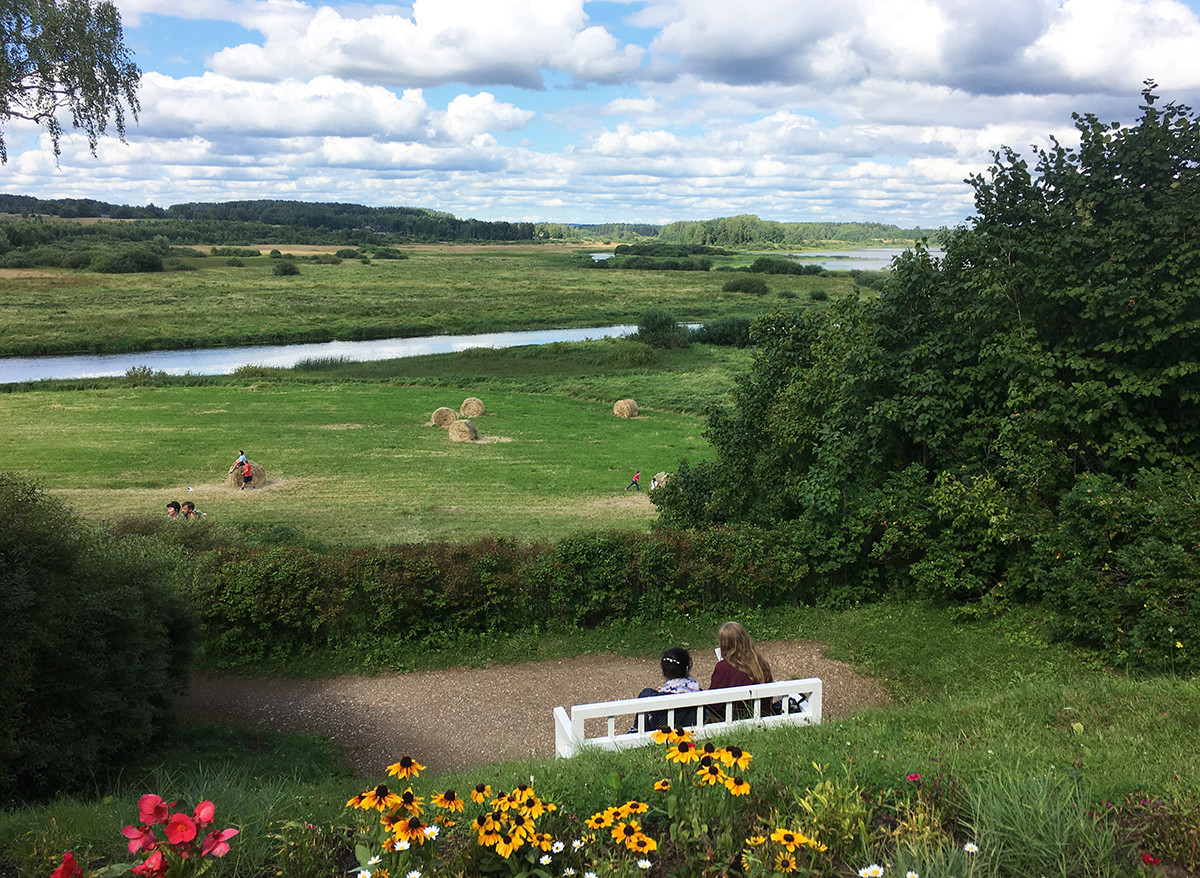 All the three estates have huge territories where one can spend the whole day wandering, feeling the expansive space. There are also parks with cozy little bridges, white benches, ponds and ancient trees. Breathe in this fresh air, and walk around the forest picking piquant blueberries.

And finally try not to get lost in the huge and picturesque English park at the Trigorskoye estate - and be sure not to miss its natural sundial.

Mikhaylovskoye and Petrovskoye were estates granted to Pushkin’s great grandfather Abram Gannibal. He was the son of an African prince who was taken into a Turkish captivity and later brought to Peter the Great as an exotic present. Peter baptized the boy into Orthodoxy, became his godfather and gave him noble status and a brilliant education. 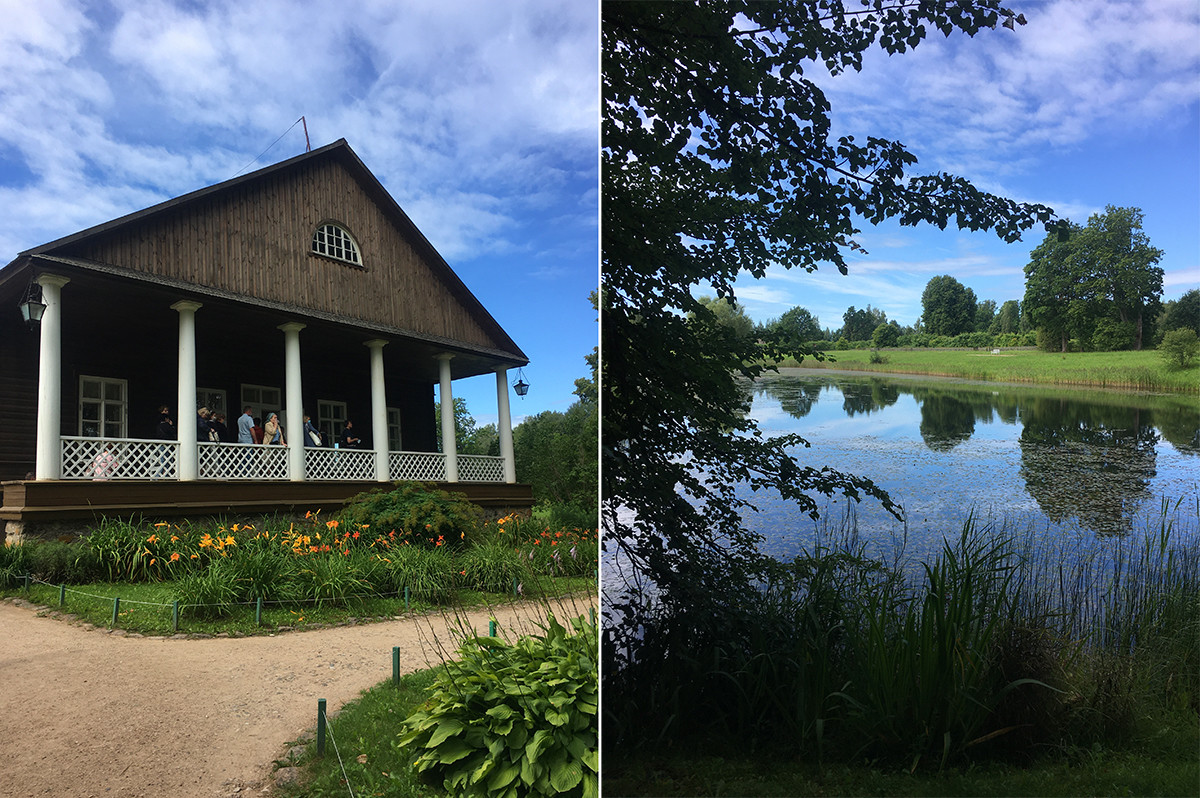 Abram left estates to his sons: Osip Gannibal (Pushkin’s grandfather) inherited Mikhaylovskoye while son Peter Gannibal got Petrovskoye where he built a French park and a gorgeous mansion. Trigorkoye estate was owned by the family of Osipov-Vulf, friends of the Pushkin family. 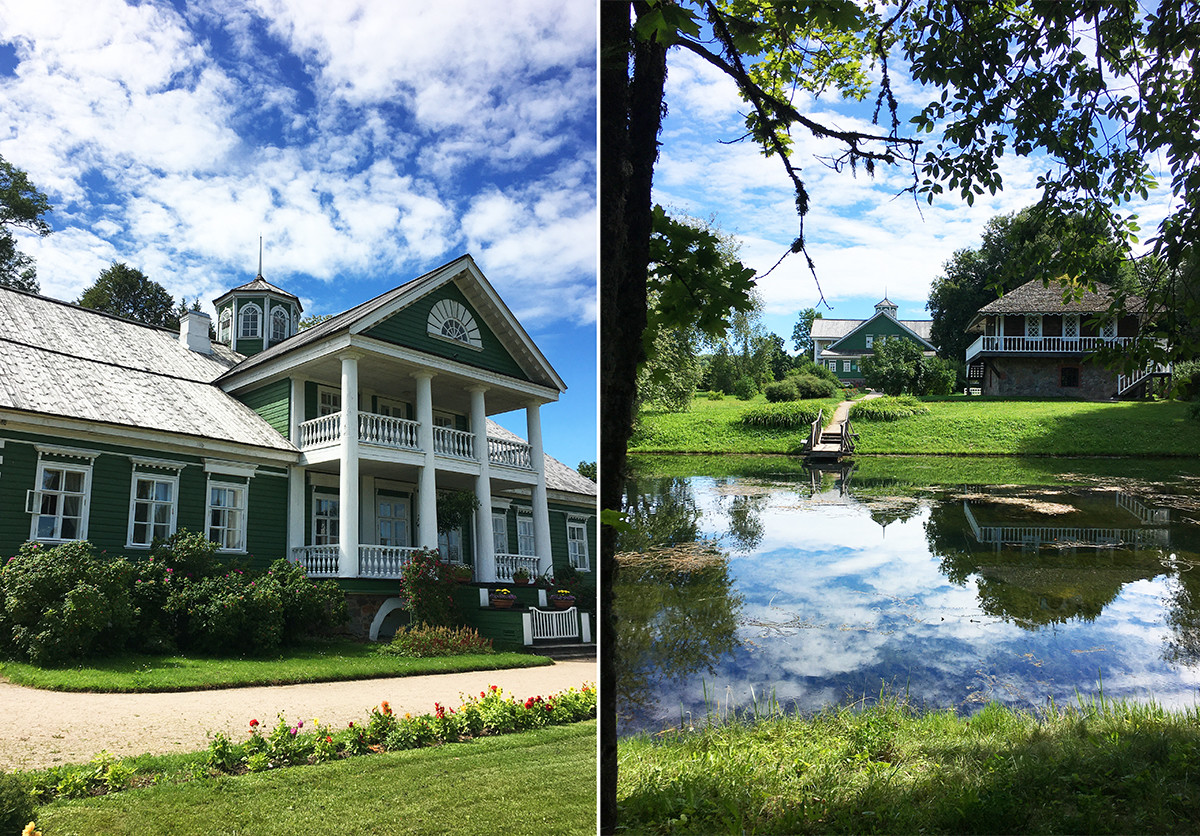 After the Bolshevik revolution of 1917, the local peasants burned down all three estate mansions. So the modern ones are replicas built after detailed research of archives and descriptions of the estate buildings and sites - some of them from letters written by guests, while others were discovered in official documents. All the estates have been furnished with original 19th century fixtures and fittings. 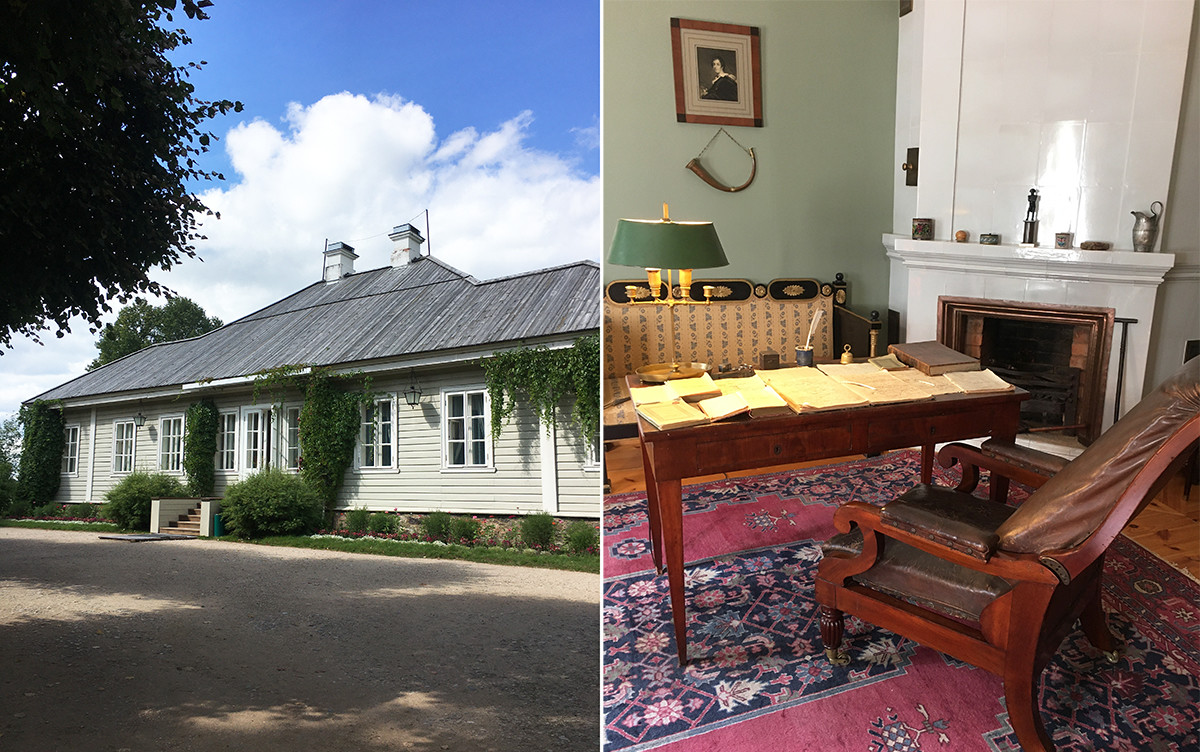 "I own a color postcard titled The Pskov Expanse. And now I'm here I want to know - is that the expanse?" wrote Sergei Dovlatov in his Pushkin Hills autobiographical notes. When the writer was banned from being published in Soviet papers, magazines or books, he came to Pushkin Hills to earn some money and worked as a tour guide for two summers.

He describes the cult of Pushkin among local employees and jokes that one should prove his own love for Pushkin. He tells funny stories that happened with tour guides and tourists. And describes with bitter humor his own not very funny life. Paradoxically the Soviet writer had lots in common with the Imperial-era Pushkin - both had troubles with the authorities and women… 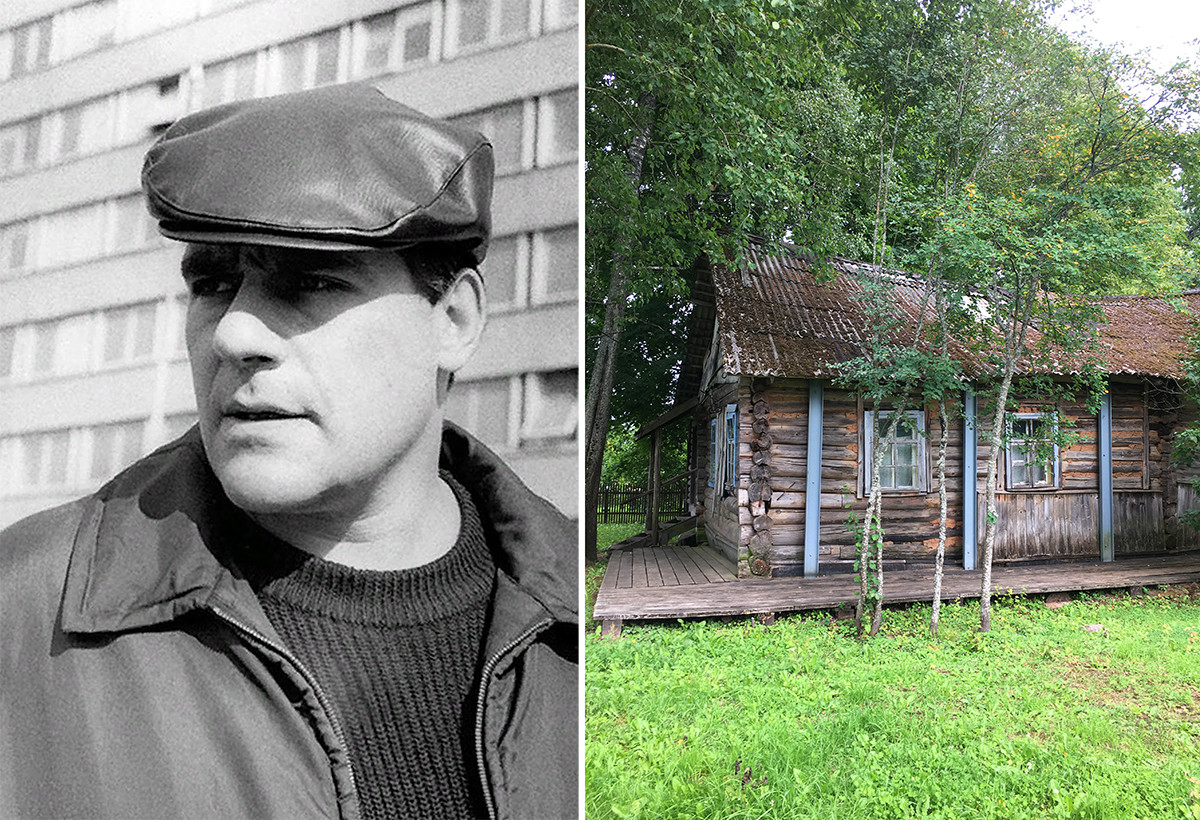 Recently the small ramshackle house that Dovlatov used to rent was turned into his museum. So if you read Pushkin Hills beforehand you can find the true decorations, and if you get really lucky even a living neighbor with whom the protagonist once drank vodka...

5. Stay in an atmospheric hotel or Soviet-style campsite

There is an option to visit Pushkin Hills for a one day tour from Pskov (about 90 miles away). It’s a great ancient city that is also worth visiting. But if you want to spend more time walking around Pushkin Hills, it’s better to have at least one night there. And there are several options for accommodation.

Internet booking sites have lots of houses let by locals.. This way you can enjoy staying in a true Russian wooden house, lay on a Russian stove and go to the banya. 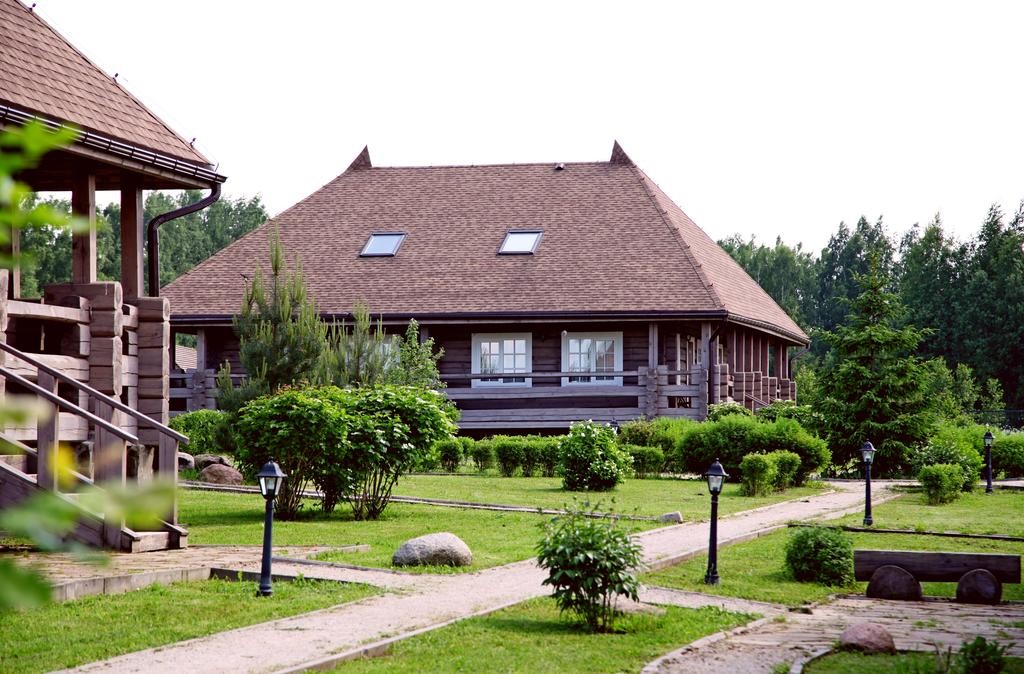 There is also a comfortable hotel, Arina, named after Pushkin’s nanny, of whom the poet was very fond. She entertained him with folk tales - and inspired by these stories he later wrote his genius children’s fairy tales. The hotel’s building looks like another estate of Pushkin Hills. 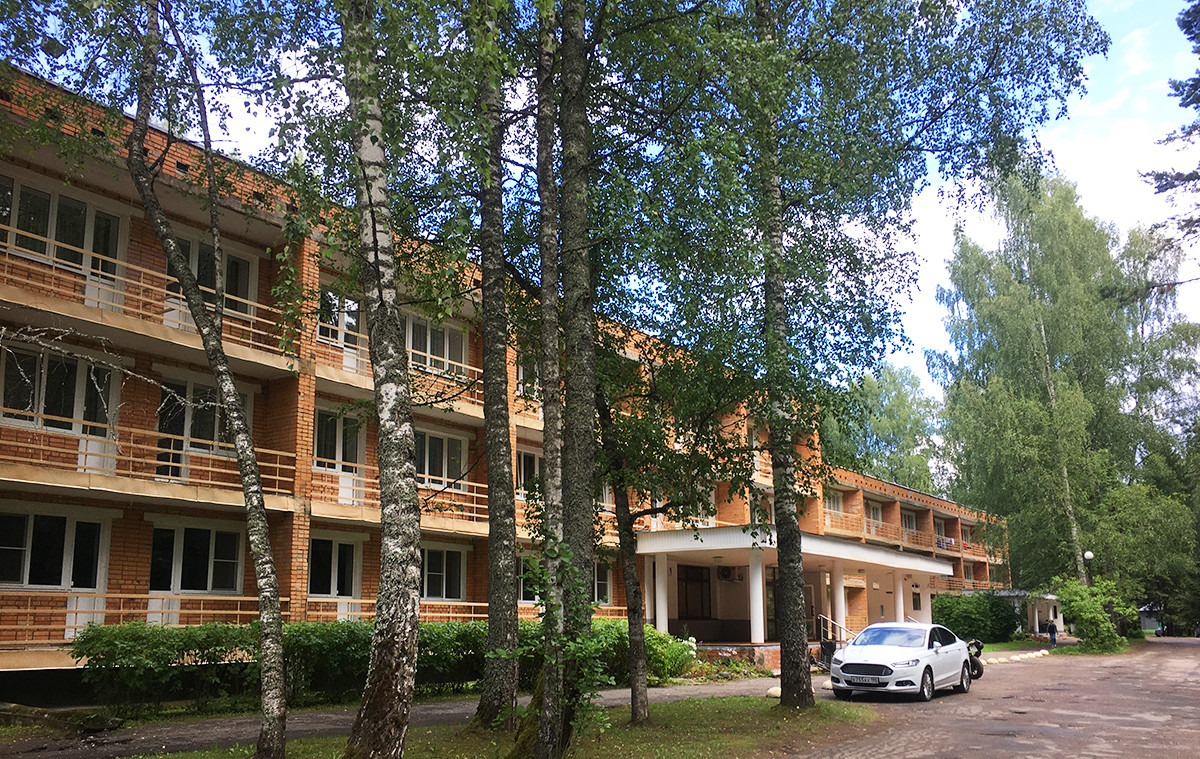 Another option is an extreme one - a Soviet tourist center that has welcomed guests for decades…it may not be big on luxury rooms, but is set in an extensive forested territory, rents out bikes and offers opportunities to do BBQs.