Travel
Anna Sorokina
Industrial buildings definitely have a special charm! These factories and plants in Moscow are no longer used for their original purpose, but instead they have found second lives as vibrant cultural centers. 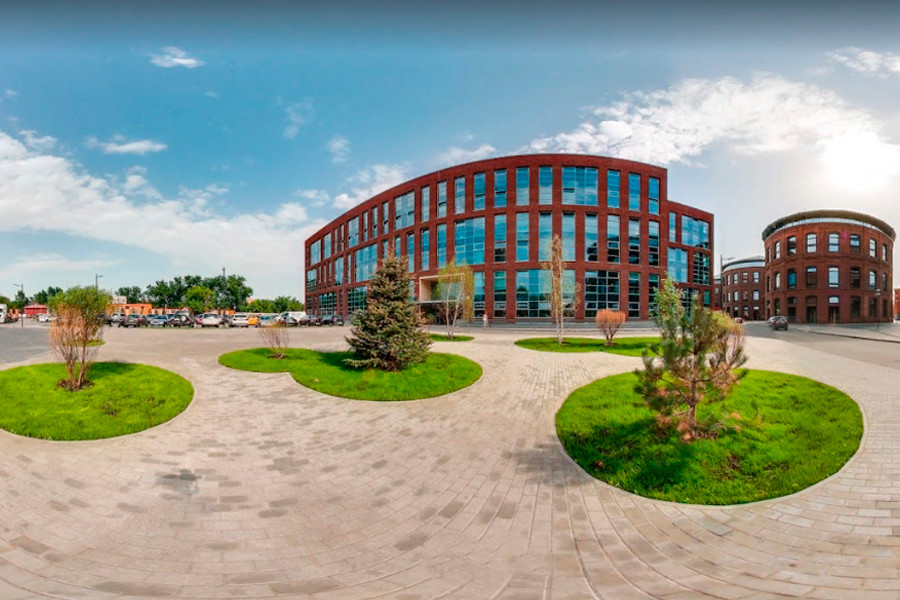 Not far from Kursky Railway Terminal is one of the most interesting places in Moscow. It consists of a whole business quarter with a multitude of fashionable cafes with Tik-Tok users shooting the latest viral videos in its alleyways. From the mid-19th century to the early 2000s this area belonged to the Arma factory, which manufactured gas equipment for illuminating Moscow's streets. British architects and Dutch entrepreneurs had a hand in building the factory, and this is why Arma’s appearance bears a strong resemblance to similar European industrial sites. 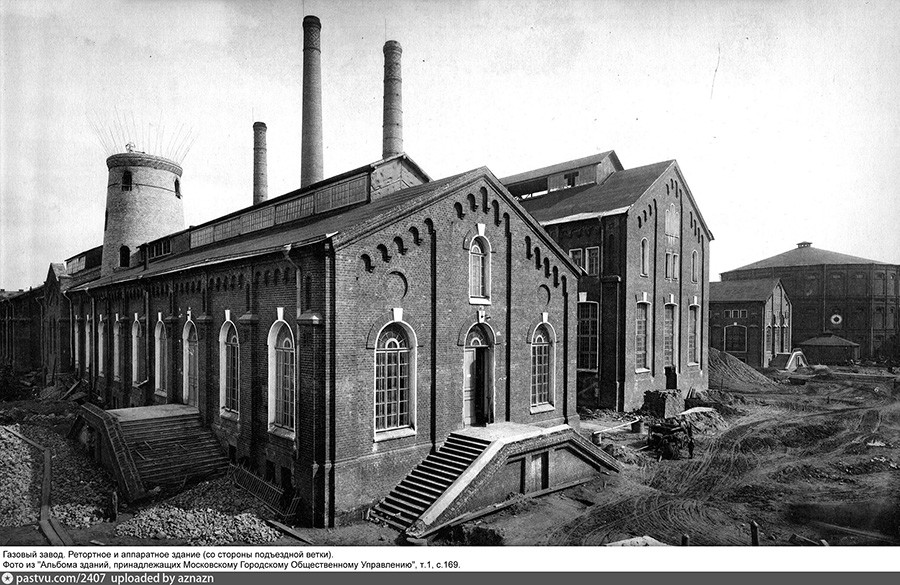 The central part of the plant consists of four 20-meter gas holders that were built in 1865. They stand next to Art Nouveau style factory buildings dating from the early 20th century. Until the 1940s, when the Saratov-Moscow gas pipeline was constructed, the plant was the city's principal supplier of gas. Subsequently, gas cookers, burners and fittings were manufactured here. 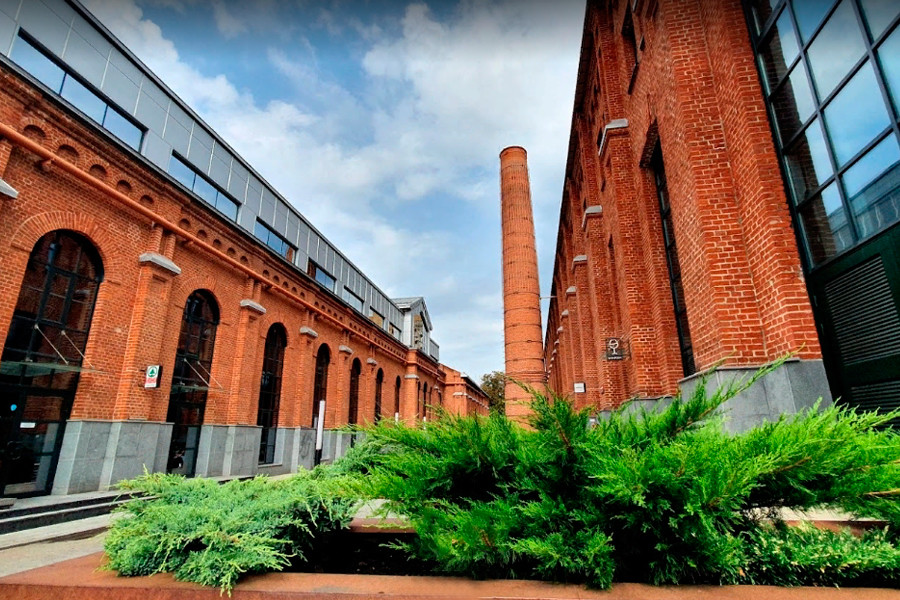 The plant closed in 2002, and then in the 2010s the area was turned into a public space and became the Arma business district. 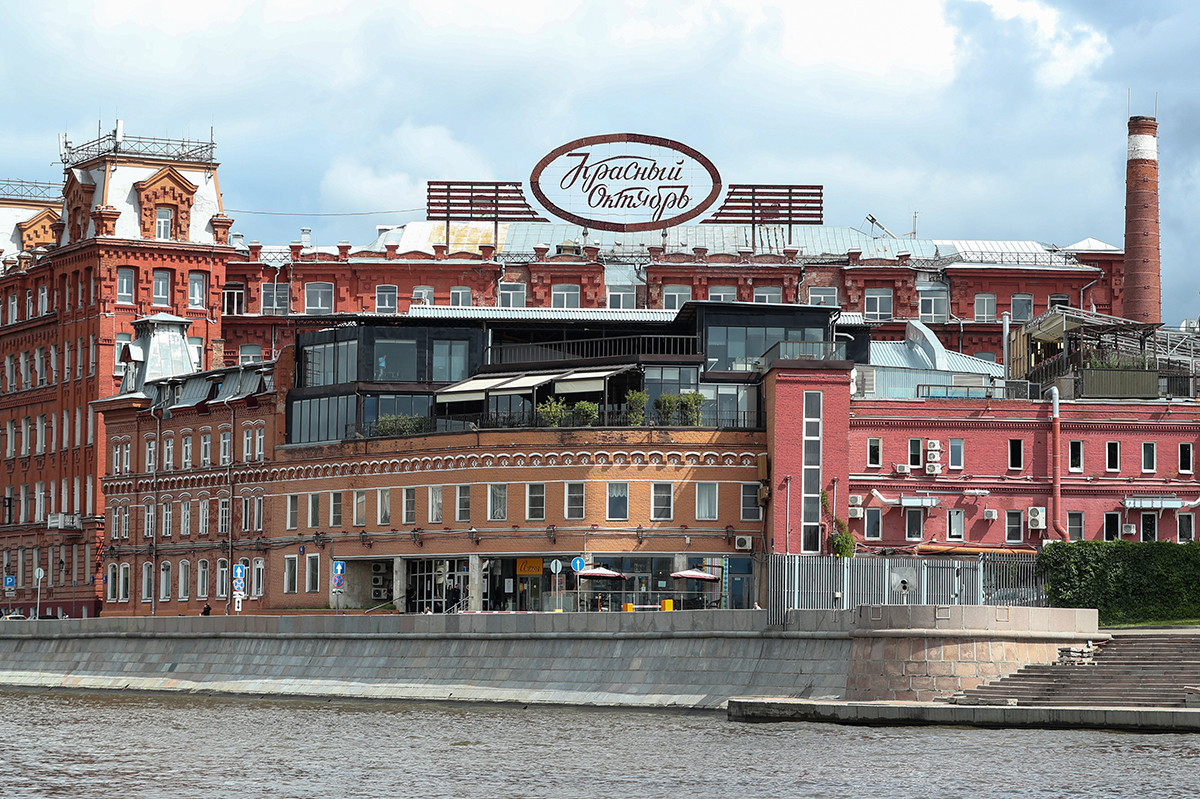 Founded in 1851 by the German chocolatier Theodor von Einem, the confectionery factory is known throughout the country (and even internationally) for its Mishka Kosolapy and Krasnaya Shapochka candies, as well as the iconic Alyonka chocolate. The factory moved to Bersenevskaya Embankment in the center of Moscow in the late 1880s, and the building is still regarded as a major sight in the city. And what delicious aromas have emanated from here! From 1913 until the Russian Revolution, the Einem Company was supplier to the Imperial Court. At the beginning of the Soviet period, the factory was renamed "Red October," although the names of many of the candies stayed the same. 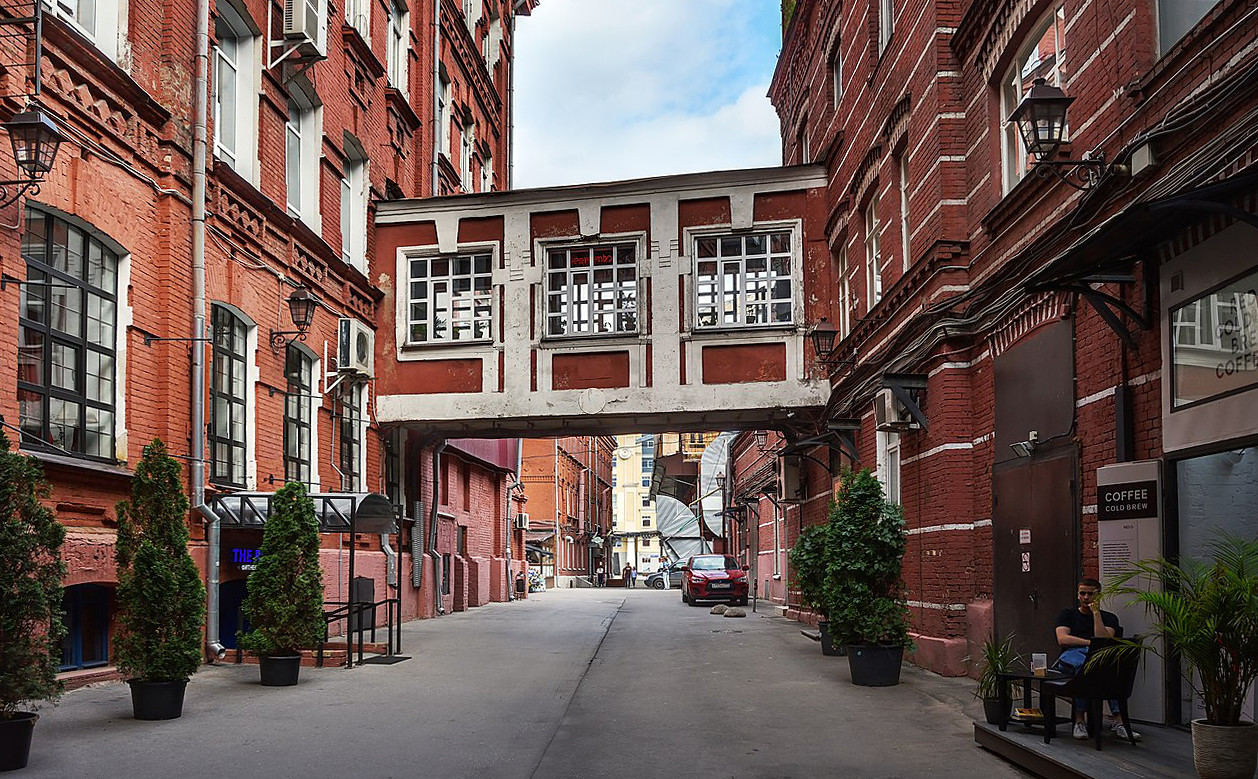 In 2007, the factory moved to a new production facility on Malaya Krasnoselskaya Street, and the old building was converted into a creative hub. It is now the home of the Strelka Institute for Media, Architecture and Design, along with exhibition halls and fashionable clubs. One of the factory’s former production shops has been turned into a museum, tours of which are available to visitors. 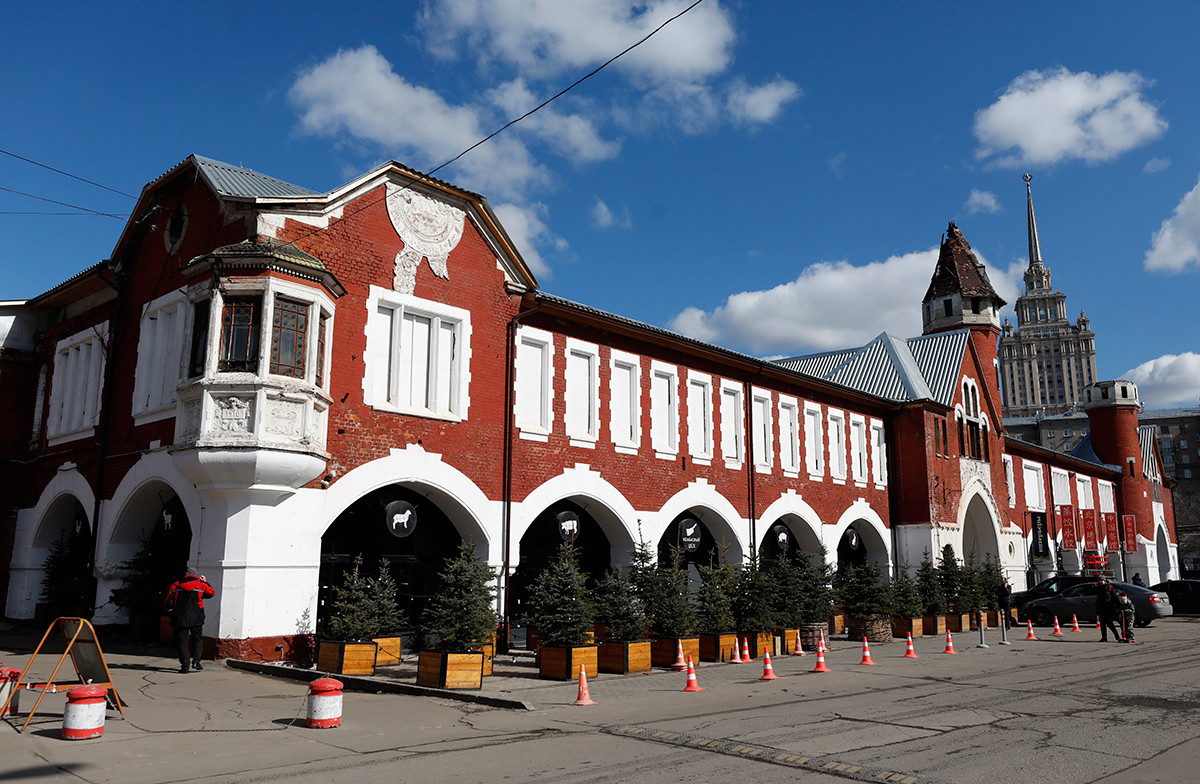 The unusual edifice of this brewery in Moscow's Dorogomilovo district was constructed in 1875. The small building with towers was the tasting room, and behind it you will find red brick production buildings. Before the Revolution, the Trekhgorny Factory was the largest beer producer in the country, and two-thirds of its customers lived in Moscow. The beverage’s quality was monitored by brewers who came from Germany. During various anti-alcohol campaigns over the years, the factory sometimes had to repurpose its production lines to make, among other things, "zero-proof" drinks, dry ice and even explosives for the army. In the Soviet period, the factory was renamed Badaev after the revolutionary figure and began brewing beer again. 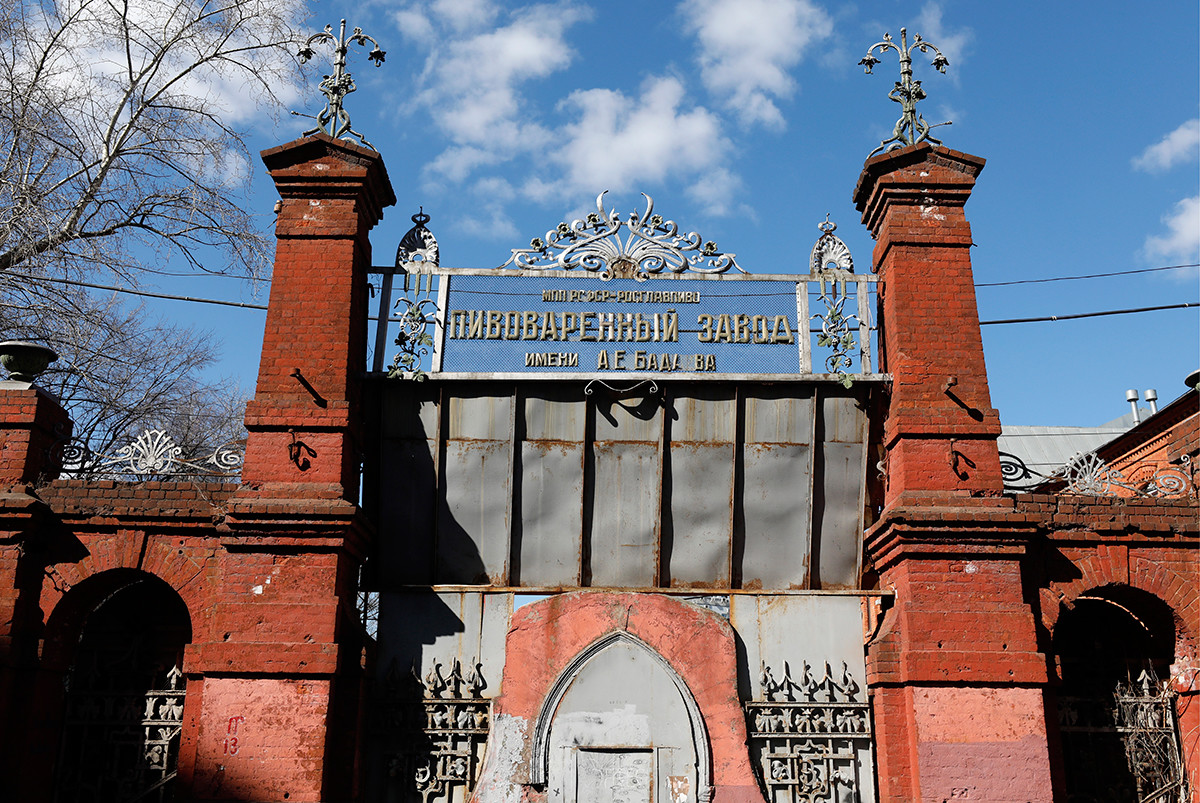 Production came to a halt in 2006, and a business center was opened in the former production buildings. 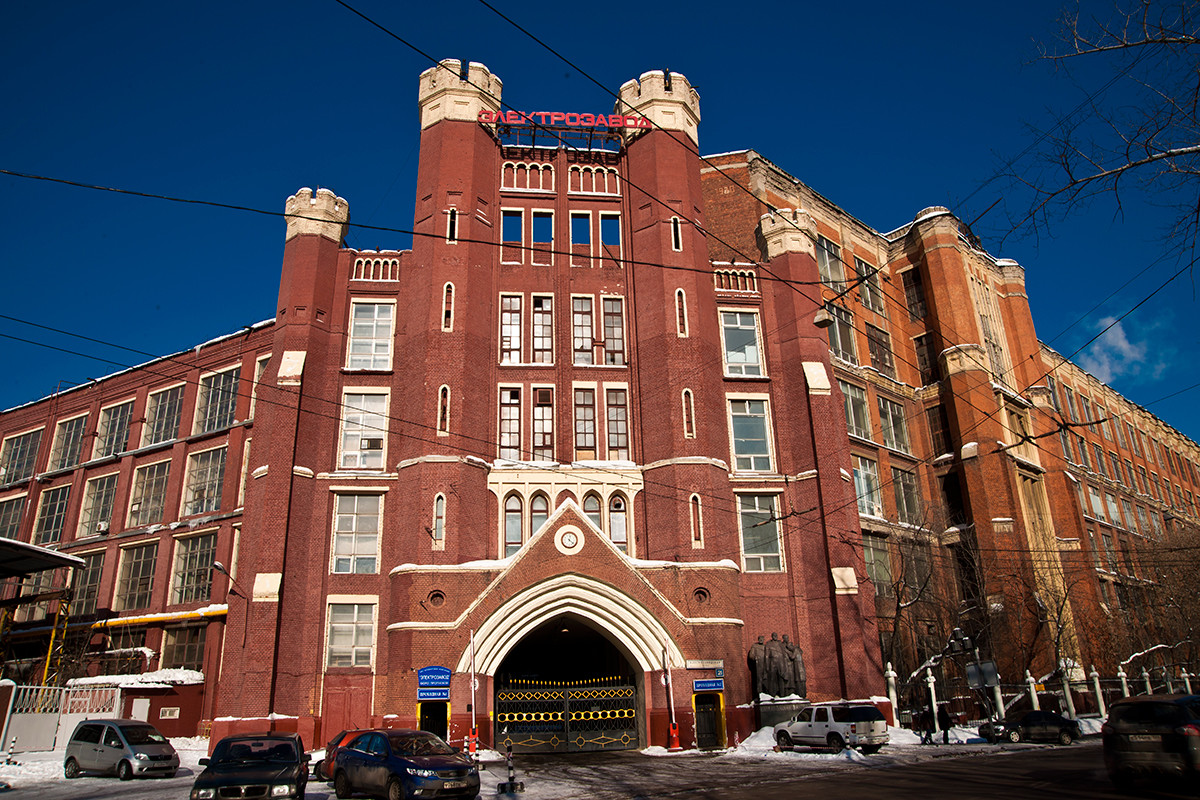 In the mood for a bit of Gothic architecture? Then head out to the east of Moscow where there is an old light bulb and transformer factory. The plant, founded in 1915, was originally designed for production of a Russian-French company's rubber galoshes and vehicle tires. The architectural project included a plethora of turrets and spires in pseudo-Gothic style, but construction was abandoned because of the 1917 Revolution. It was only completed between 1925-28, albeit without the originally planned frills and instead it was transformed into a Soviet industrial giant. Elektrozavod made equipment for engineering plants and the railways. 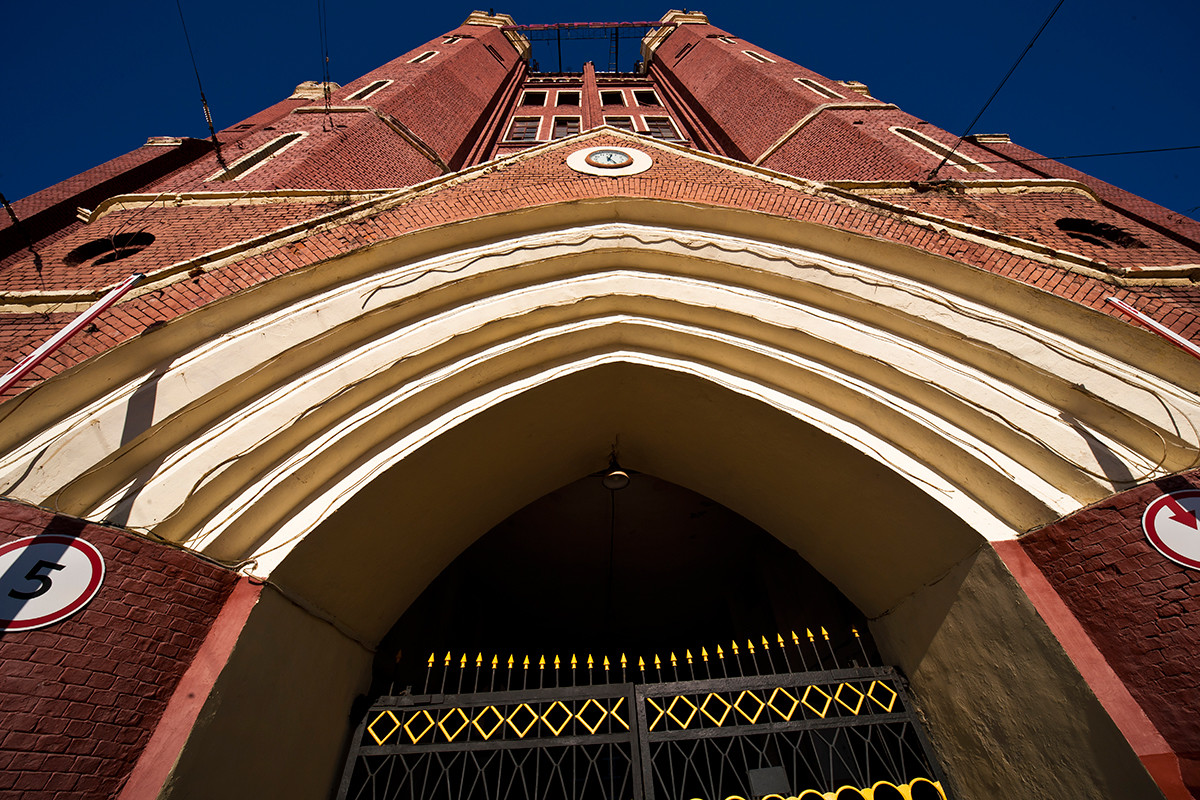 Since the disintegration of the USSR, the factory has been going through an economic crisis. Production has come to a halt and the premises have begun to be rented out. The production buildings continue to wait for a manufacturing upturn. 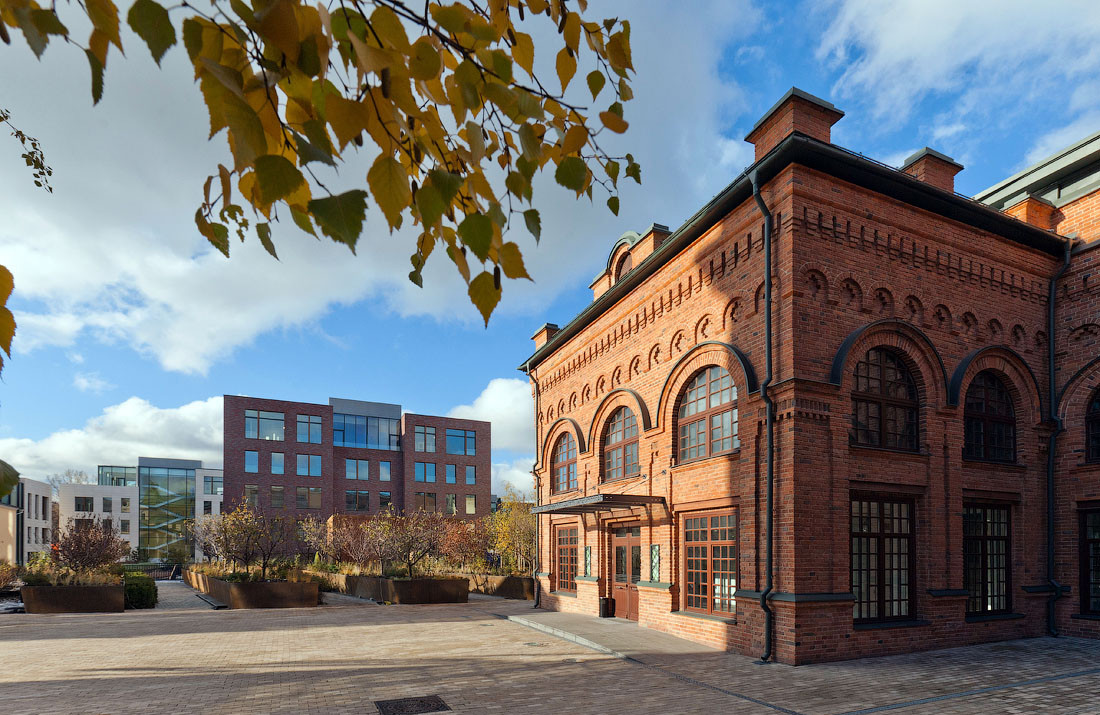 The industrial zone in the Taganka district was previously occupied by a factory making gold and silver thread that was used to adorn military uniforms and ceremonial attire. The factory was in operation from the early 19th century almost up until the Russian Revolution. In the Soviet period, it housed the Elektroprovod cable factory. 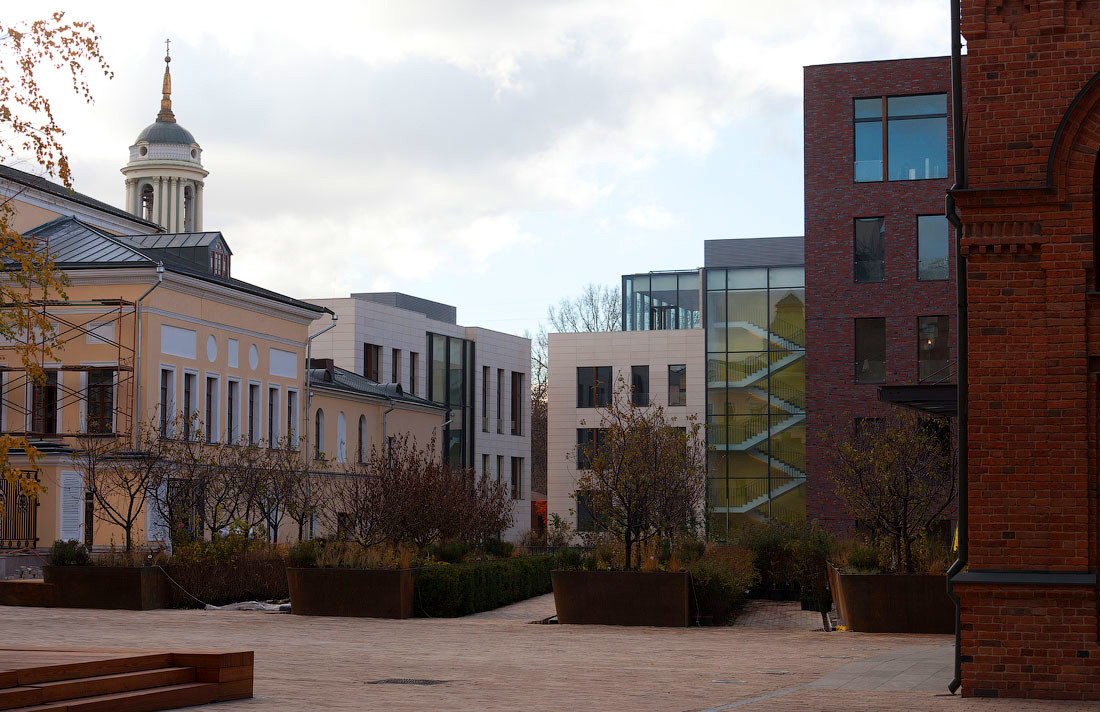 Today, you will find a business center and new public spaces on the site.