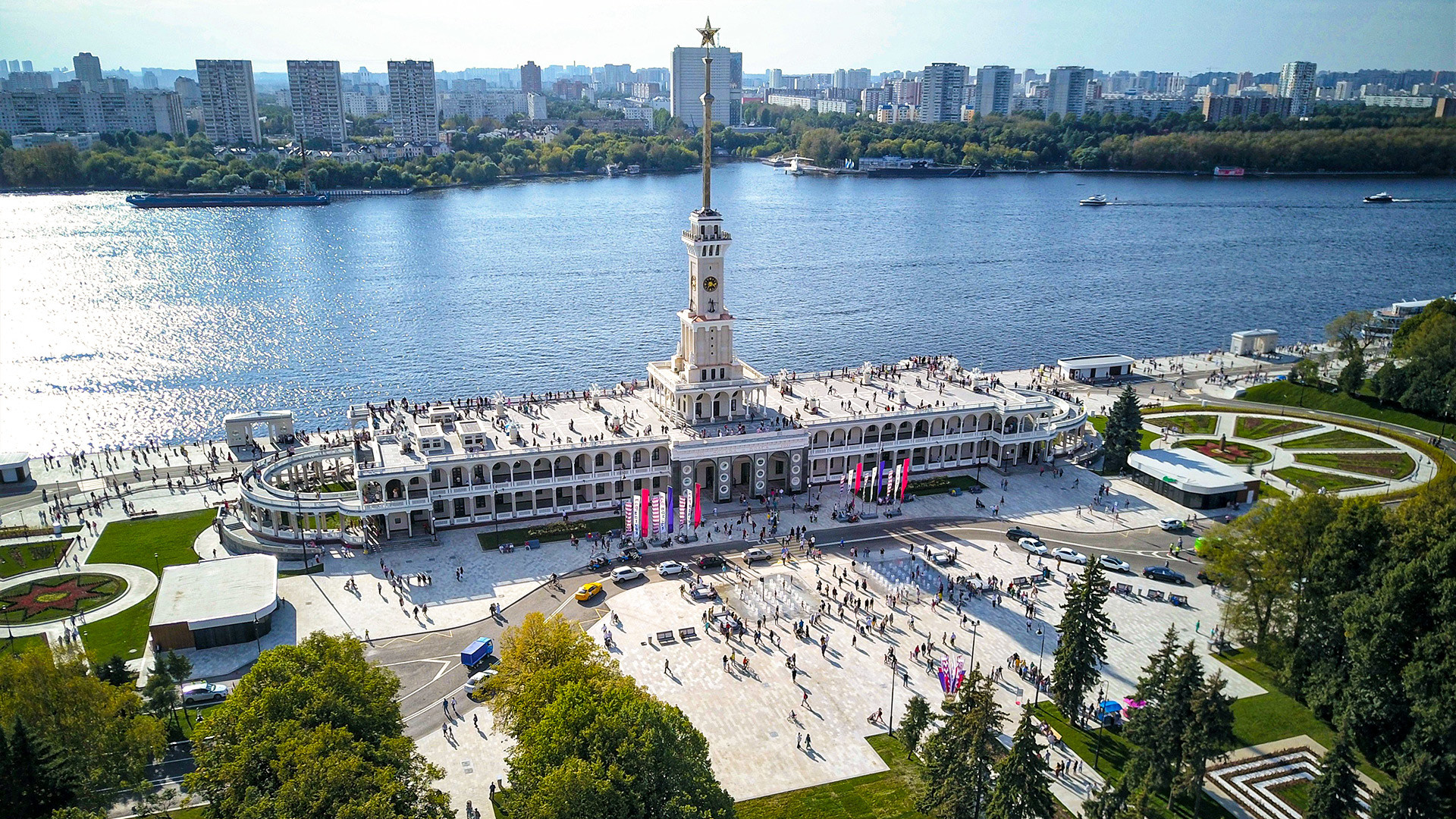 Moskva Agency
Take a look at this gorgeous building and park, two of the greatest examples of 1930s Soviet architecture!

The North River Terminal in Moscow has reopened after two years of reconstruction. Dubbed “the river gates of Moscow”, it was the main gateway for travellers to the Caspian, Azov, White, Black and Baltic seas via the Volga and Don Rivers. It is also one of the first built in the Stalinist Empire style in 1937. Architects Alexei Rukhlyadev and Vladimir Krinsky created a real Soviet masterpiece: from a distance, it looks like a huge ship, crowned with a 27-meter spire (together with it, the building reaches 75 meters in height). 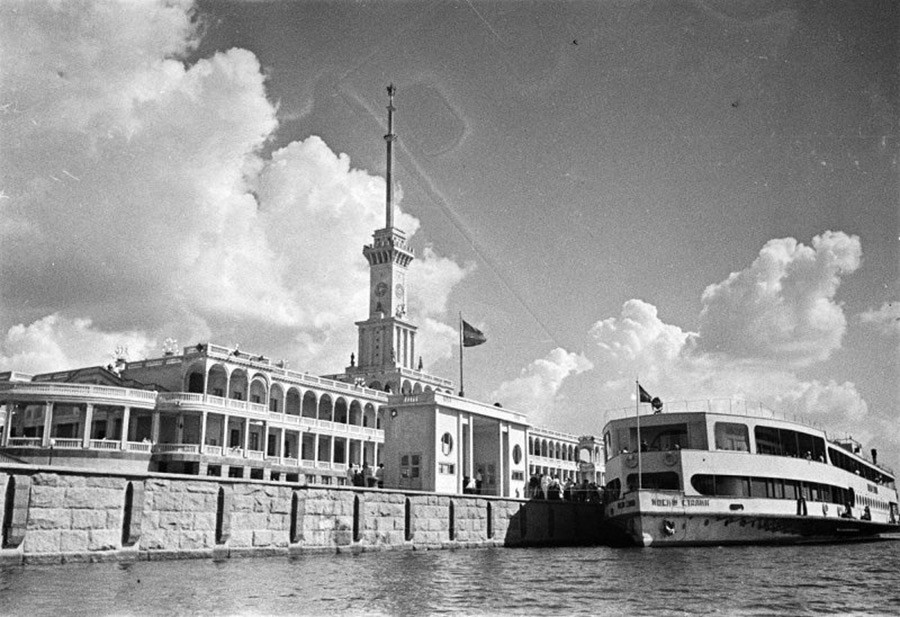 After the fall of the USSR, the building and the park around it fell into disrepair, however, in 2018, authorities decided to revive it and in early September 2020, the River Terminal reopened after a two-year reconstruction. And it looks amazing! 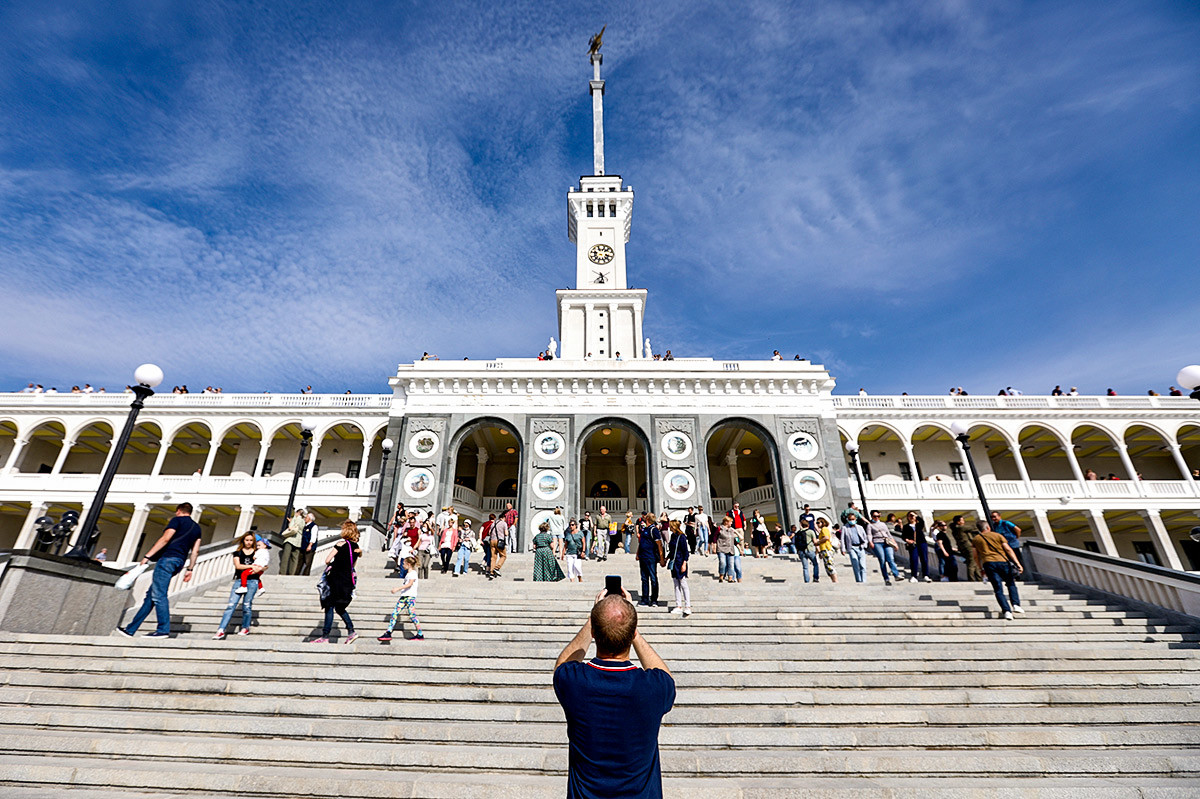 The building has returned its original look: the columns and halls have been restored, including mosaics with Soviet symbols. 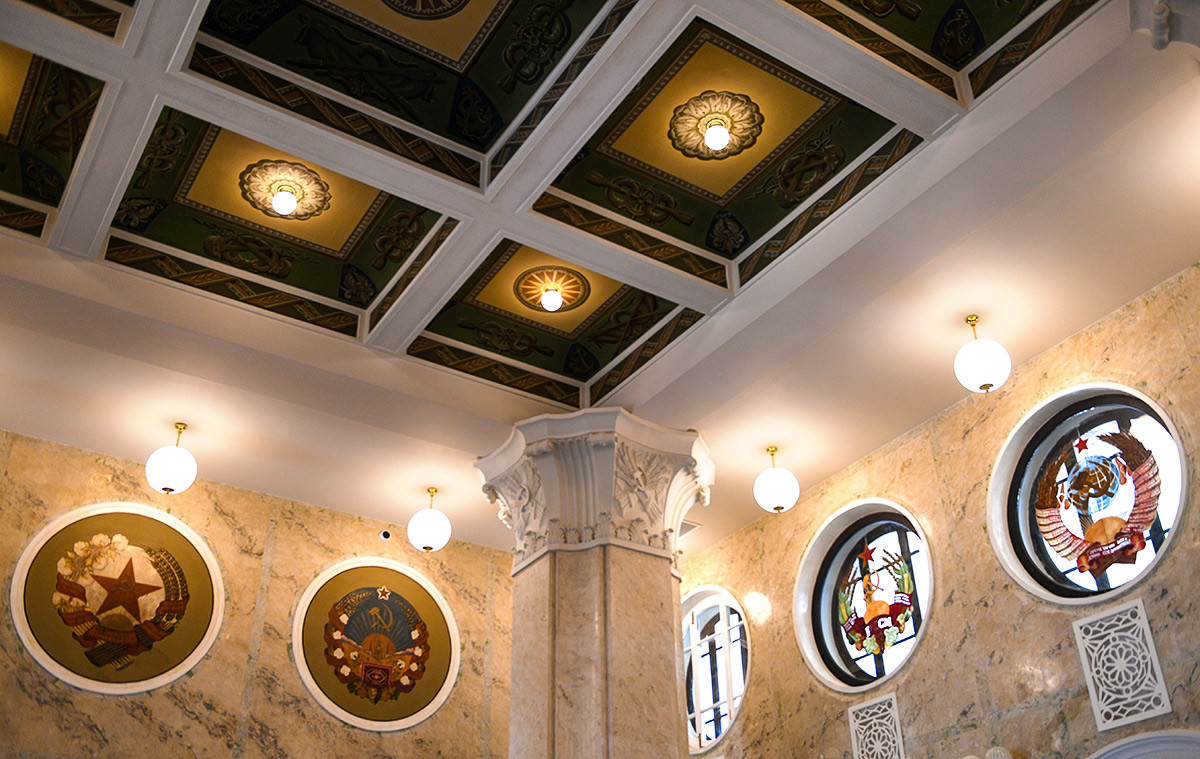 Outside, the facade is decorated with historical medallions with various ideological themes, such as the country’s main constructions, Moscow metro trains, the development of the Arctic and big ships. 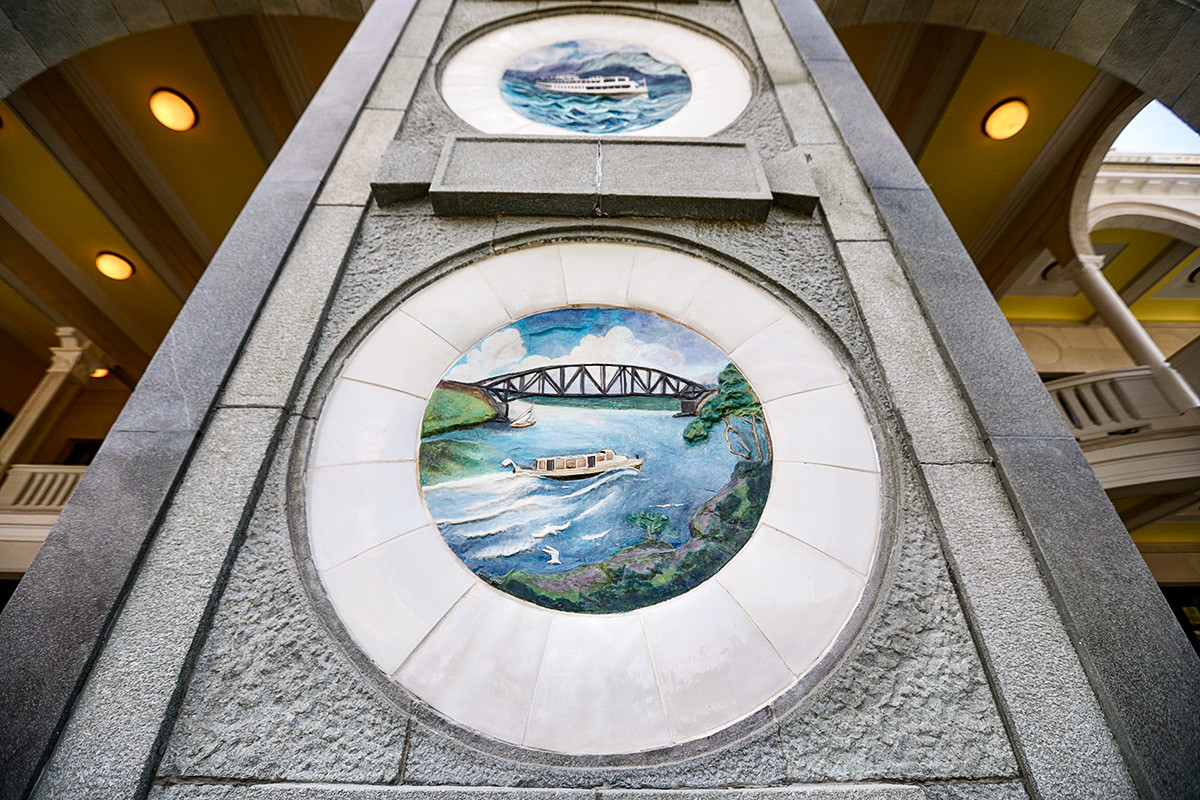 All of its 17 piers have also been repaired and now the Terminal will be able to receive up to 24 ships a day. Moscow officials said they expect 1.5 million tourists during the navigation season. 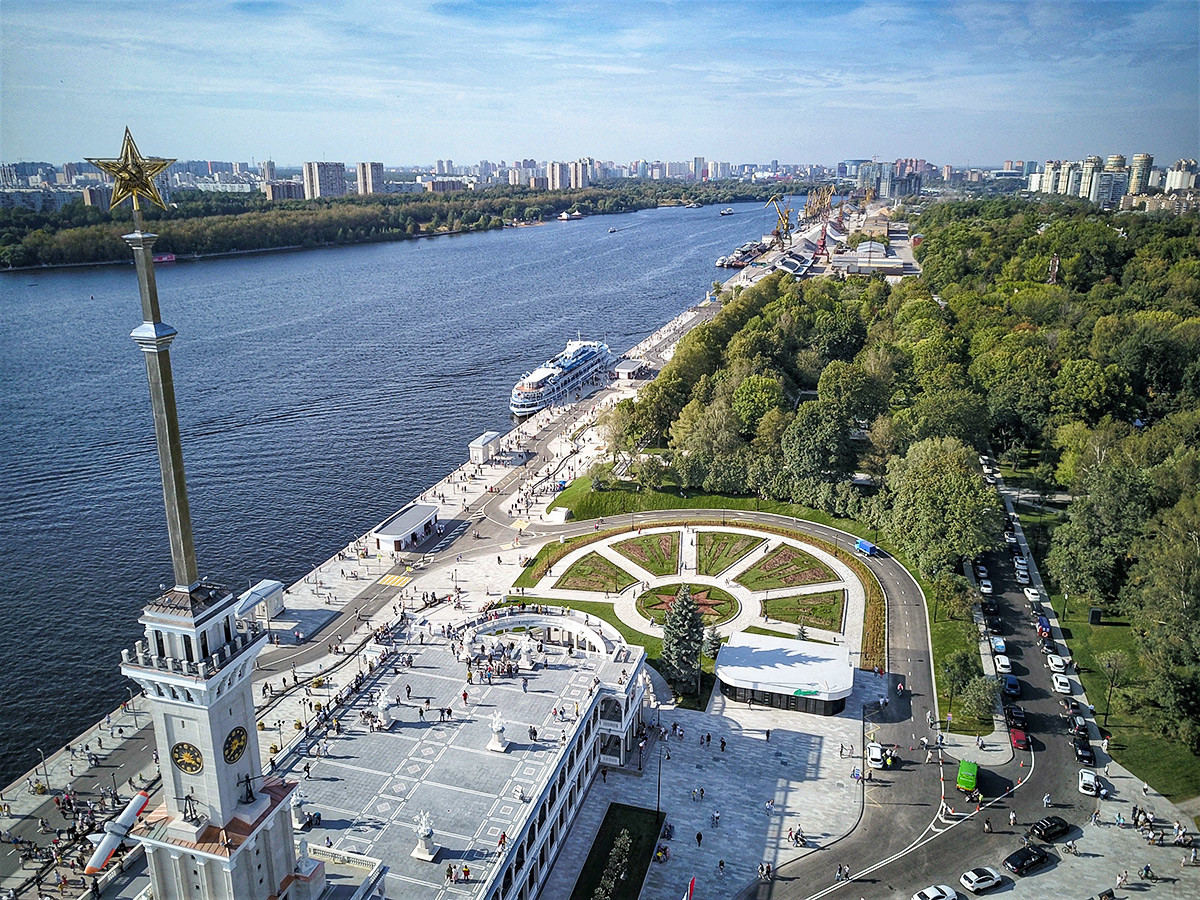 From here, you’ll be able to take a cruise to St. Petersburg, Yaroslavl, Kazan, Nizhny Novgorod, Astrakhan, Volgograd, Kostroma, Saratov and even Valaam. 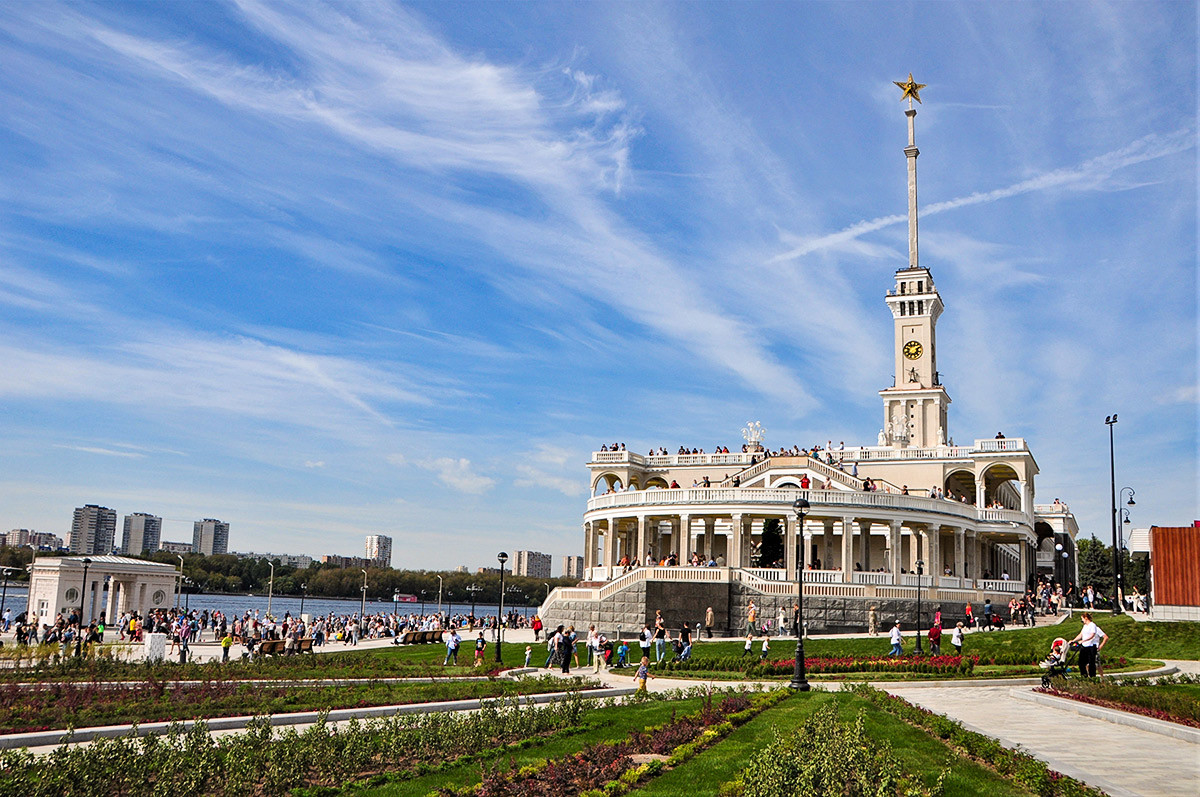 Several cafes with nostalgic menus have also reopened at the North River Terminal: the popular ‘Volga-Volga’ restaurant (named after the famous 1938 movie about a river voyage) where you can try ‘Bird’s Milk’ cake and ‘Nuts’ cookies; ‘Kurnik’ where you can get the legendary pie with the same name, ‘Yug’ (“South” in Russian), a Caucasian-style dinnery, and ‘Rechnoy’ (“River” in Russian) restaurant with fish dishes. 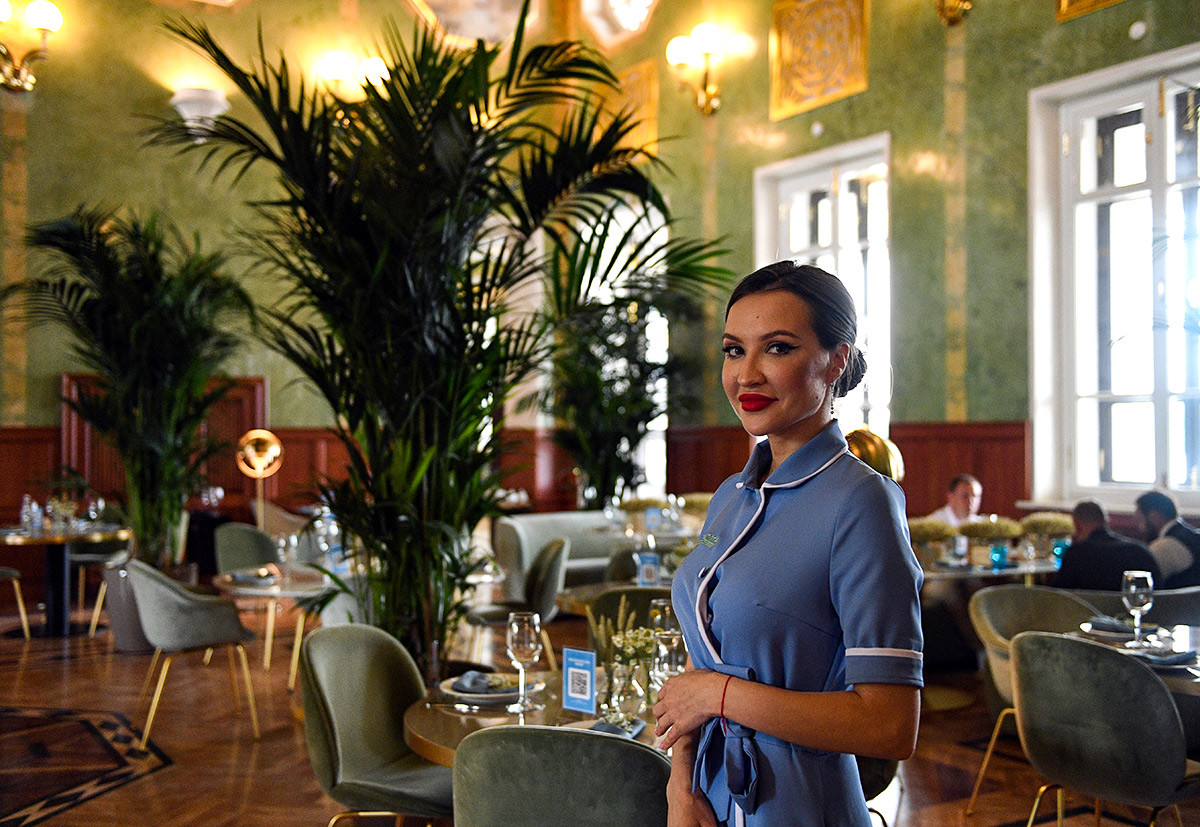 On the roof, there’s now an observation desk with a panoramic view of the Khimki reservoir. 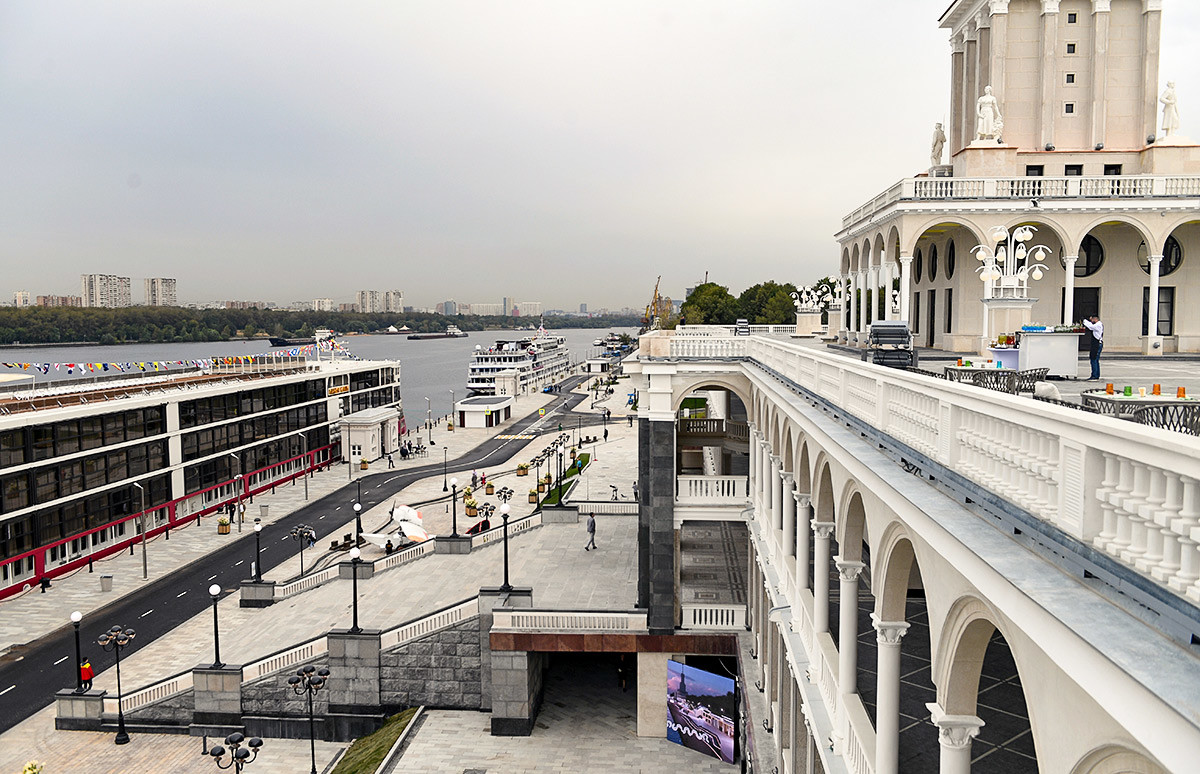 The renewed embankment gets a small copy of a Moscow channel - a kind of spring with floodgates and illumination, where kids can deploy toy ships. 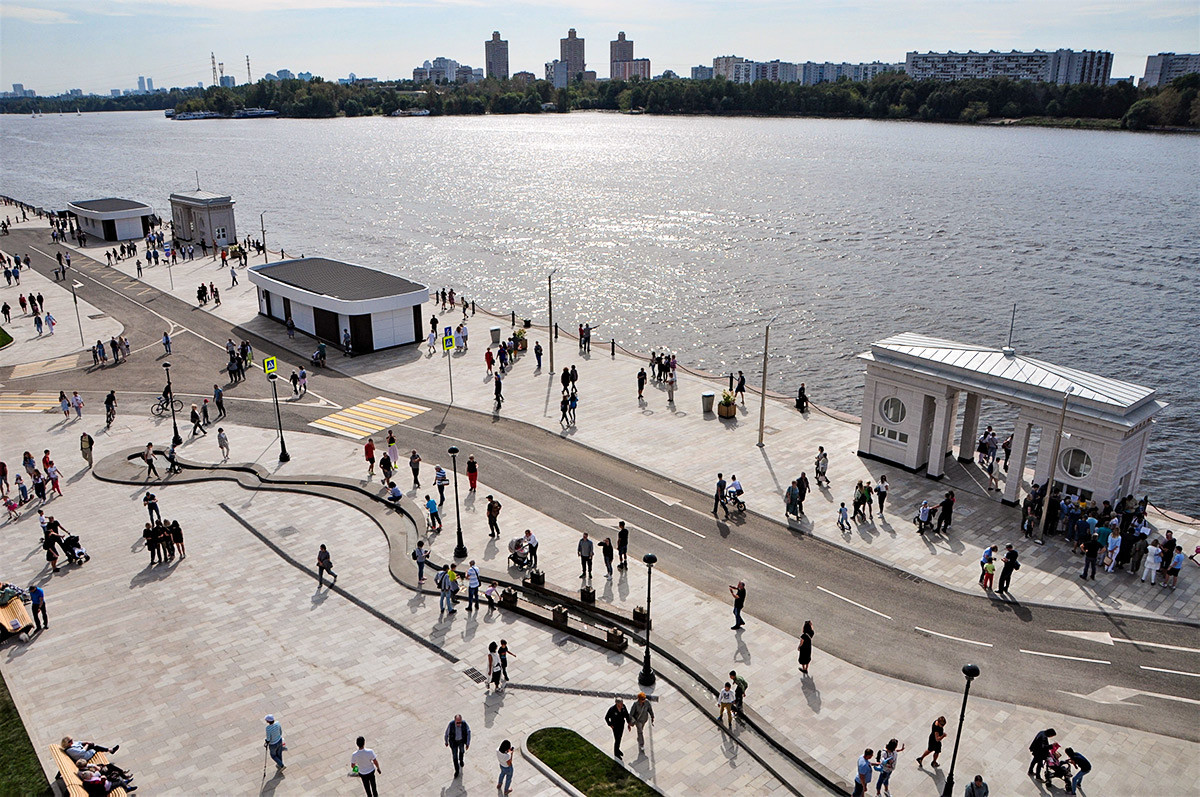 Soviet fountains and navy-themed sculptures were restored in the park around the Terminal. 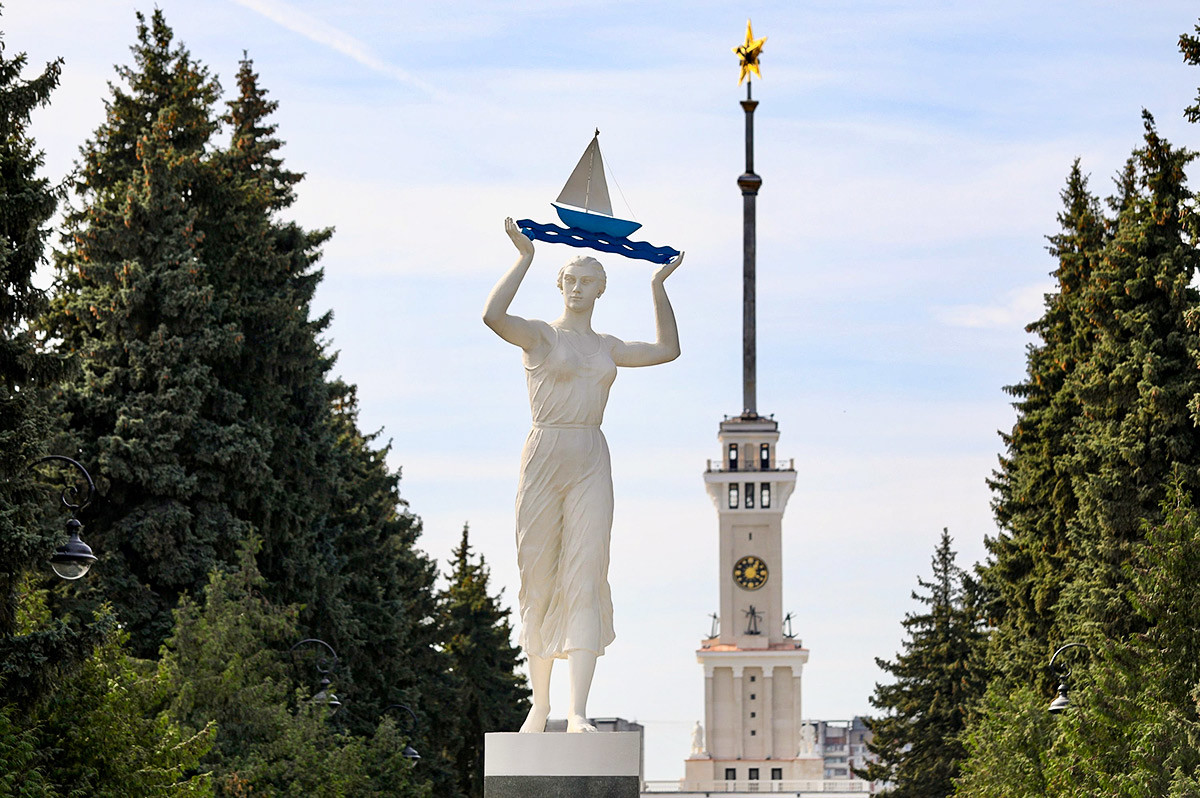 Besides flower alleys, dozens of sports and kids playgrounds, a place for summer theater and a winter ice rink have also been added. 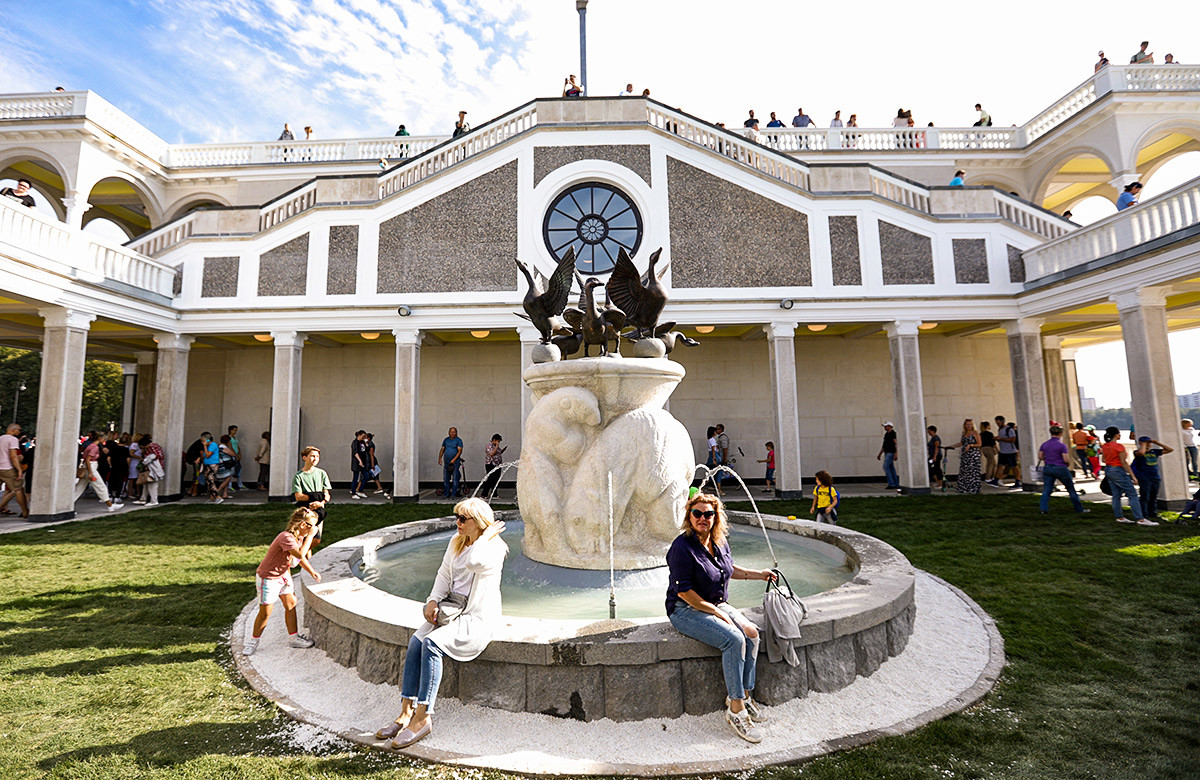 There are also plans to open 3 heating pools under the open sky by Summer 2021. We hope you soon get a chance to try them yourselves! 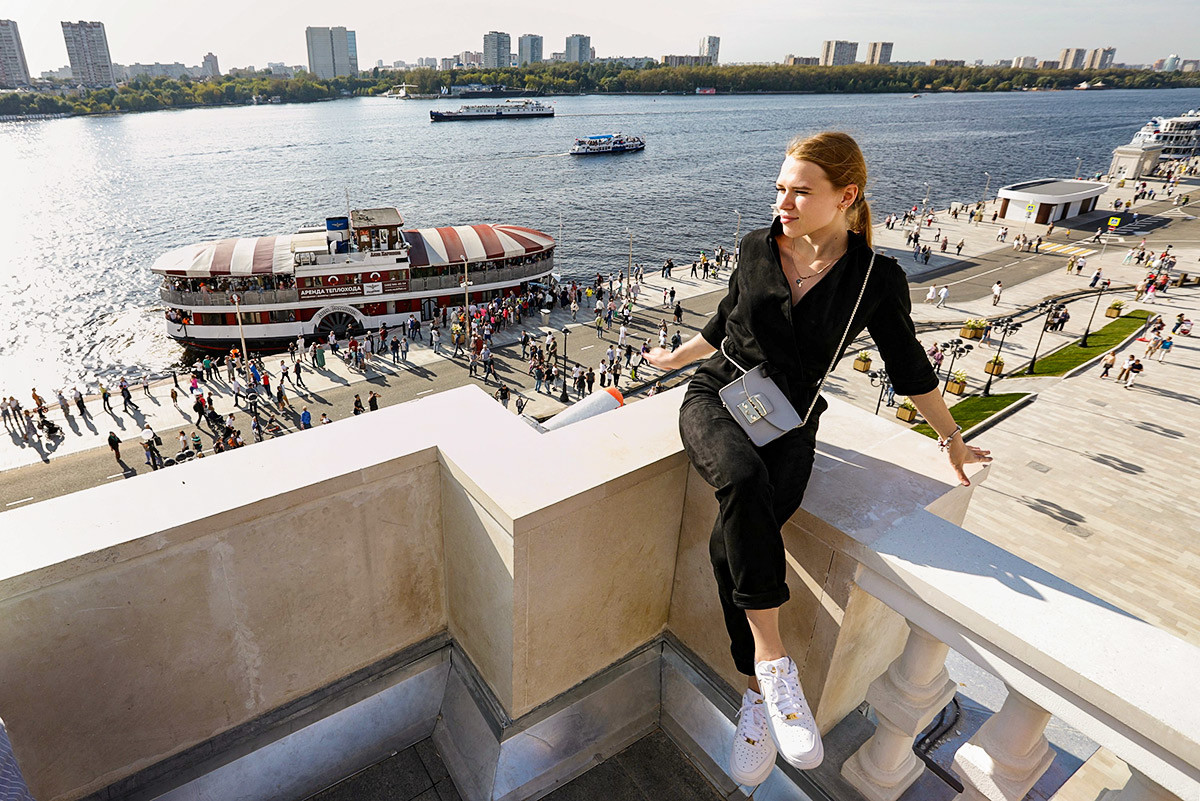