This absolutely STUNNING red forest is in Russia! (VIDEO + PHOTOS) 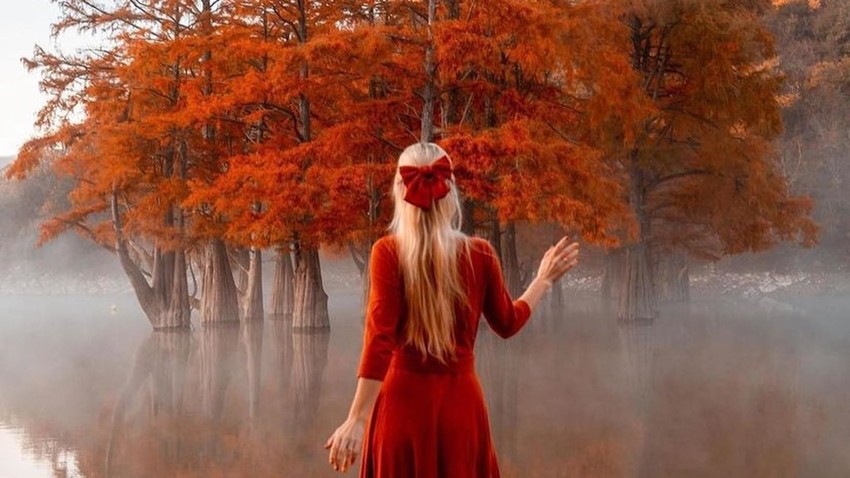 kate.traveller
An almost 100-year-old experiment – and a unique photogenic spot in the south of Russia.

Russia has many amazing and diverse places of natural beauty, but this enchanting location is not one of them. The cypress grove in the Sukko Valley in Southern Russia is man-made (which makes it no less impressive). See for yourself:

In fact, swamp cypresses (Taxodium distichum) were never native to this place and would hardly have appeared there if it had not been for a Soviet experiment. According to one theory, cypress seedlings were brought to the Soviet Union from North America in the 1930s in the hope of developing this species in Russia. 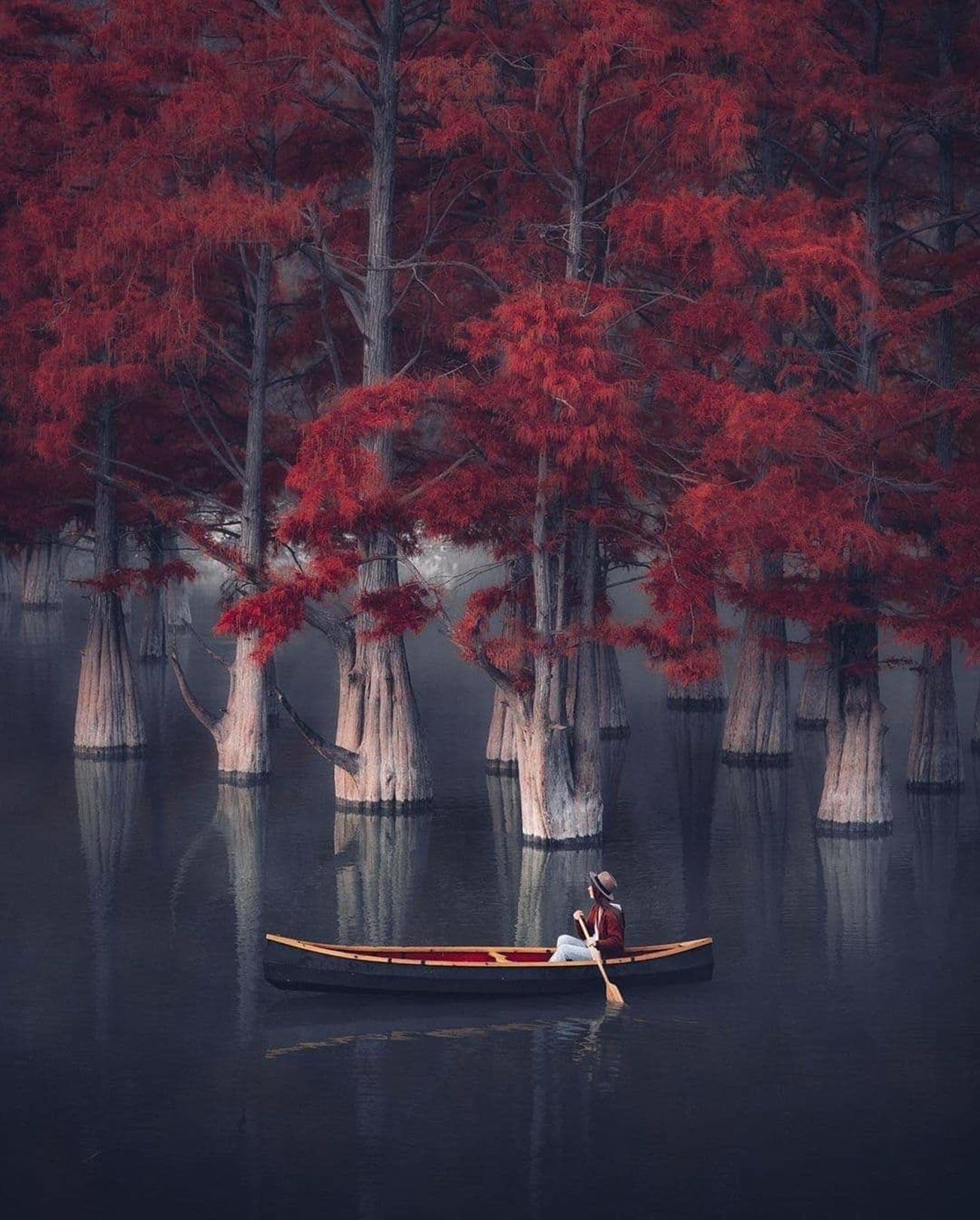 They were planted 14 km from Anapa, in the Sukko Valley surrounded by hills, not far from the village of the same name. 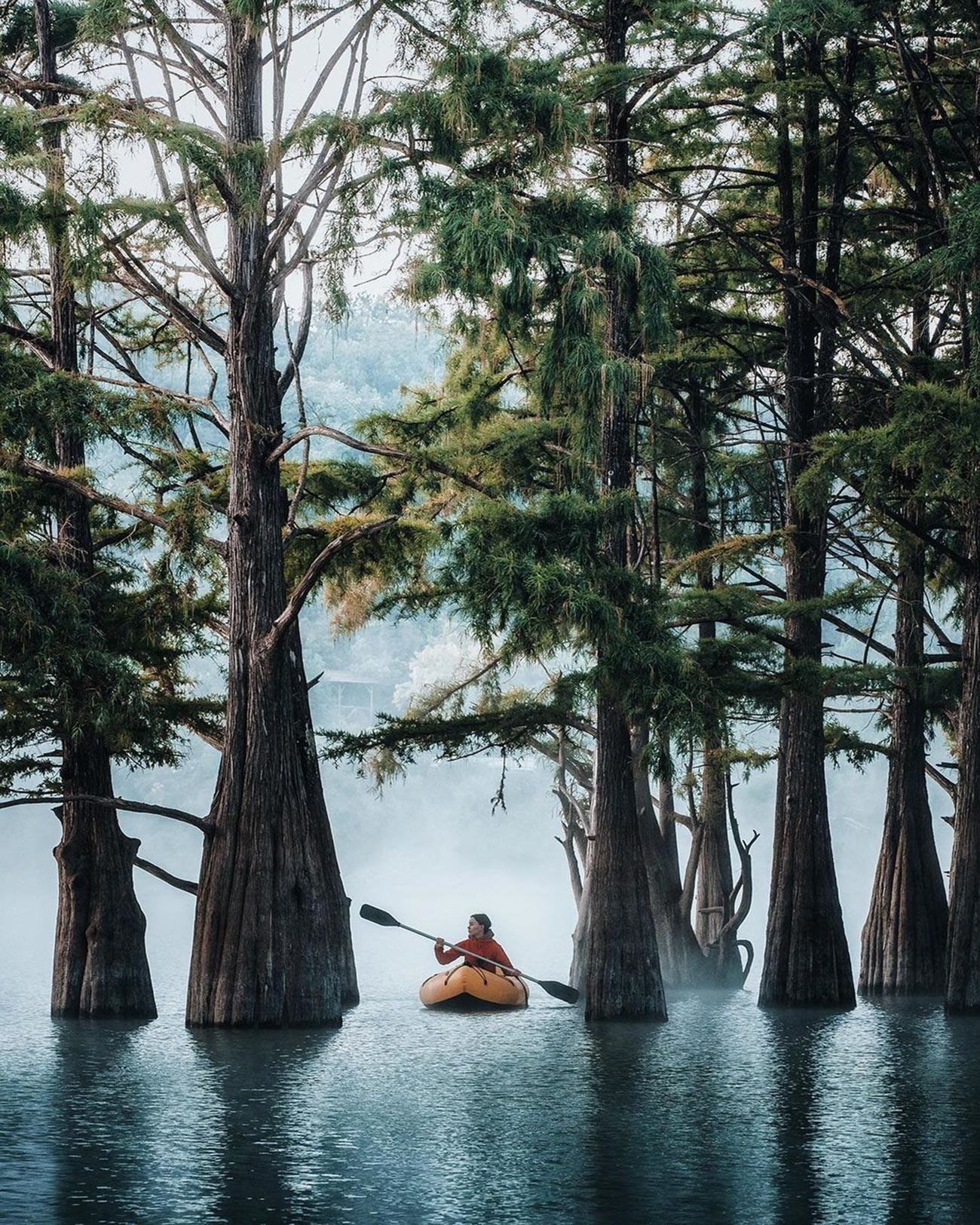 Far from their homeland, the seedlings took root and became the subject of countless TV programs and photo sessions. They even graced the pages of the National Geographic magazine.

Over time, the terrain has changed and the 32 cypress trees ended up in water. So much the better: after all, back in their native environment, they grow in swampy and flooded areas.

The grove has always been a popular tourist attraction, especially in the fall, when the foliage turns fiery red. But the hot climate of Anapa and crowds of tourists are not so good for them.

From time to time, the lake grows shallow and tourists reach the grove by walking on the dry bottom of the lake to climb the roots of the trees to take pictures (cypresses have roots that spread horizontally and rise slightly above the ground). To preserve the unique trees, last year the Ministry of Natural Resources of Krasnodar Territory decided to fence off the site with temporary structures and the cypresses were watered weekly with the help of fire engines.

When the lake “comes back”, the Sukko Valley turns into a local amusement park, with boats, catamarans, canoe and SUPs to rent and an African show in the so-called ‘African Village’. Knight tournaments, paintball and laser tag games are also held there.

Swimming in the lake is prohibited, as the water in it is muddy and not very clean. But there are always those who are not deterred by any bans. “Despite numerous signs saying ‘No Swimming’, some people nevertheless go swimming in the lake. There are boats right under the cypress trees all the time and they will be in all your photos,” says Natalya, who visited the place earlier this year. 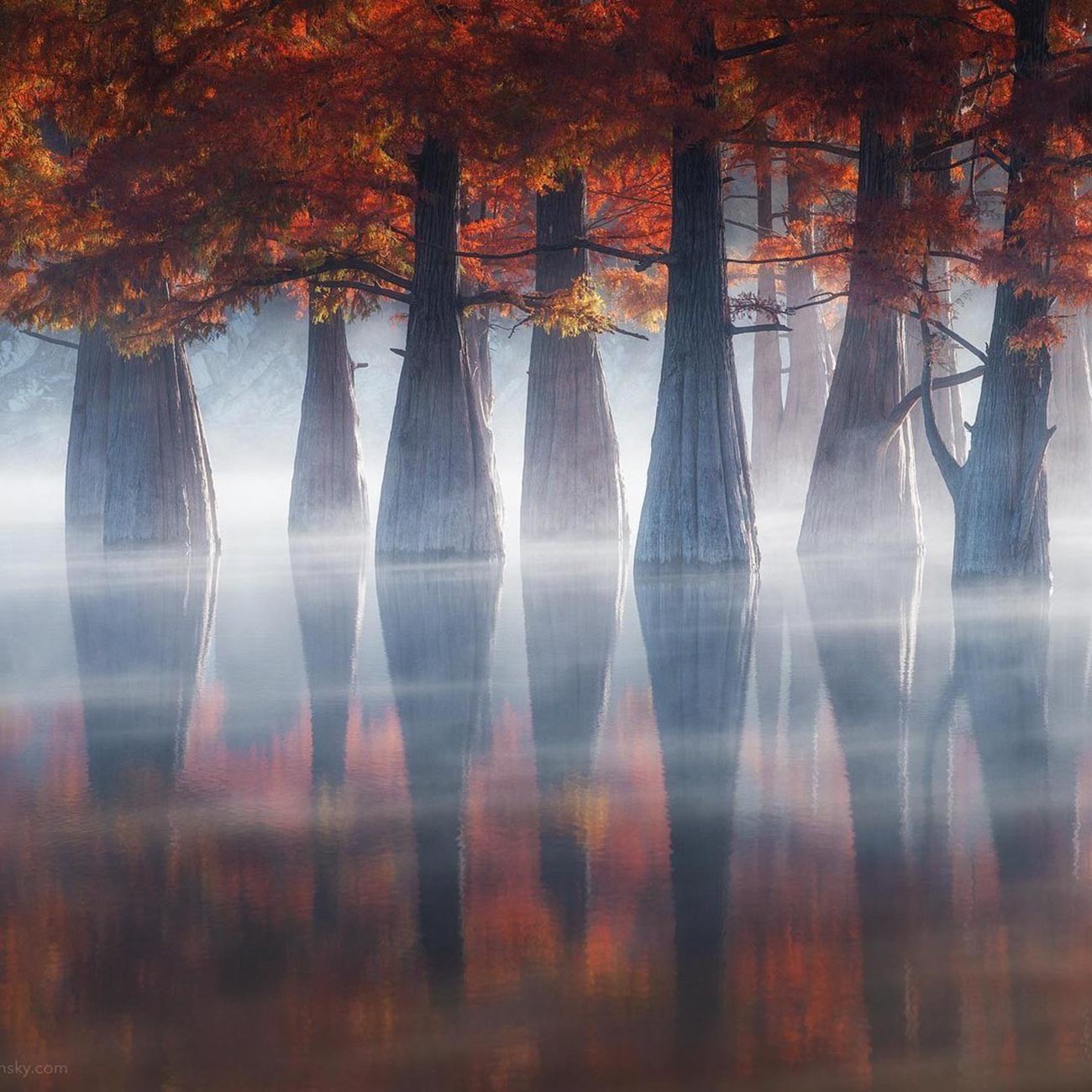 “We are often asked: what time of day is the best to visit the cypress lake to see the trees in all their glory,” the staff of the Sukko Valley eco-park say. “Well, the best time is at dawn. There are few people, the lake is peaceful and quiet, the sun is just waking up and is not scorching hot yet. The cypresses are enveloped in a soft light and there is a light haze rising from the water.”