10 facts about the manul, the GRUMPIEST wild cat in Russia 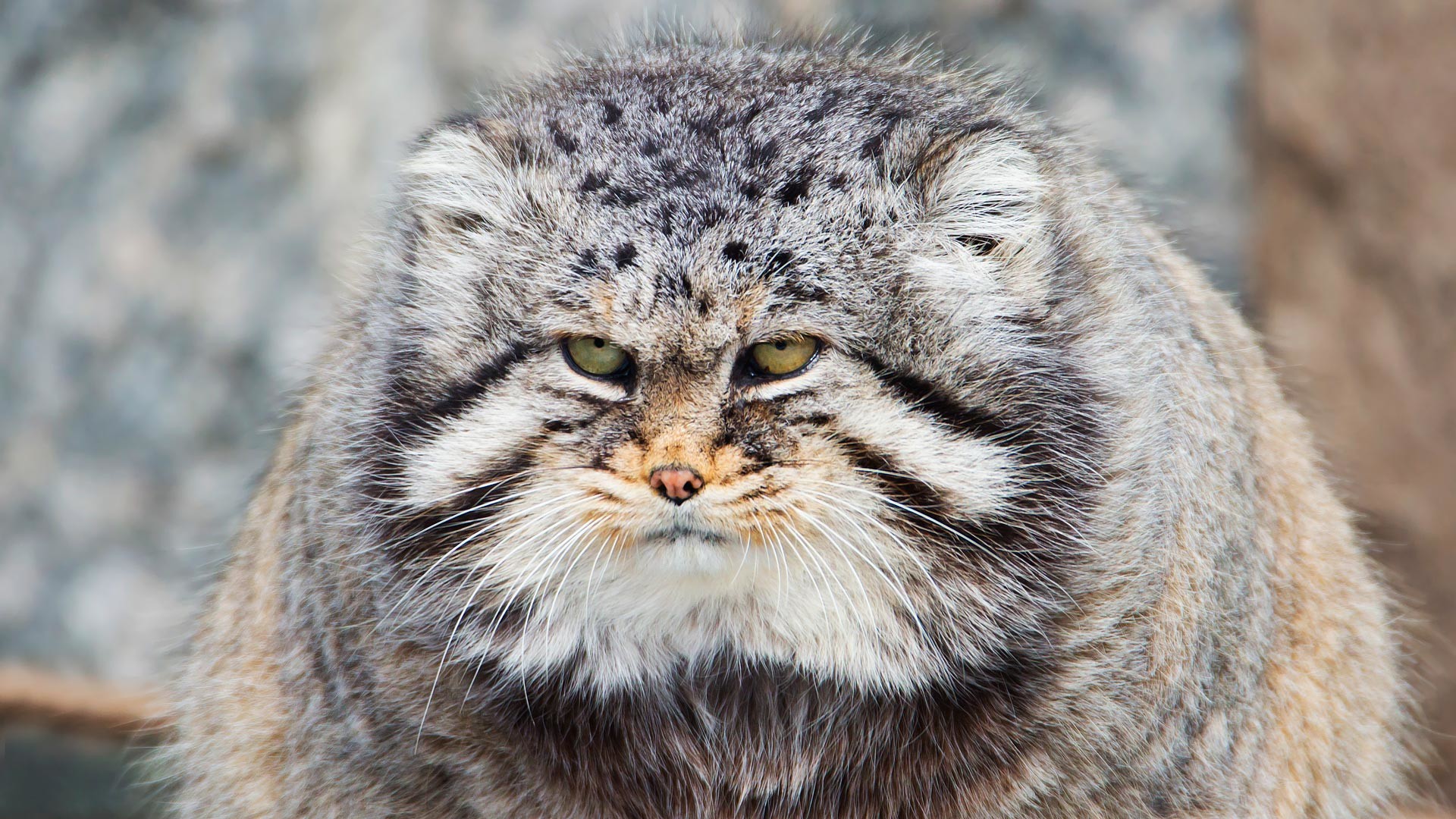 Getty Images
This fluffy, playful cat with a very expressive gaze is just begging to be cuddled! But it absolutely can’t stand humans. And it has its reasons. 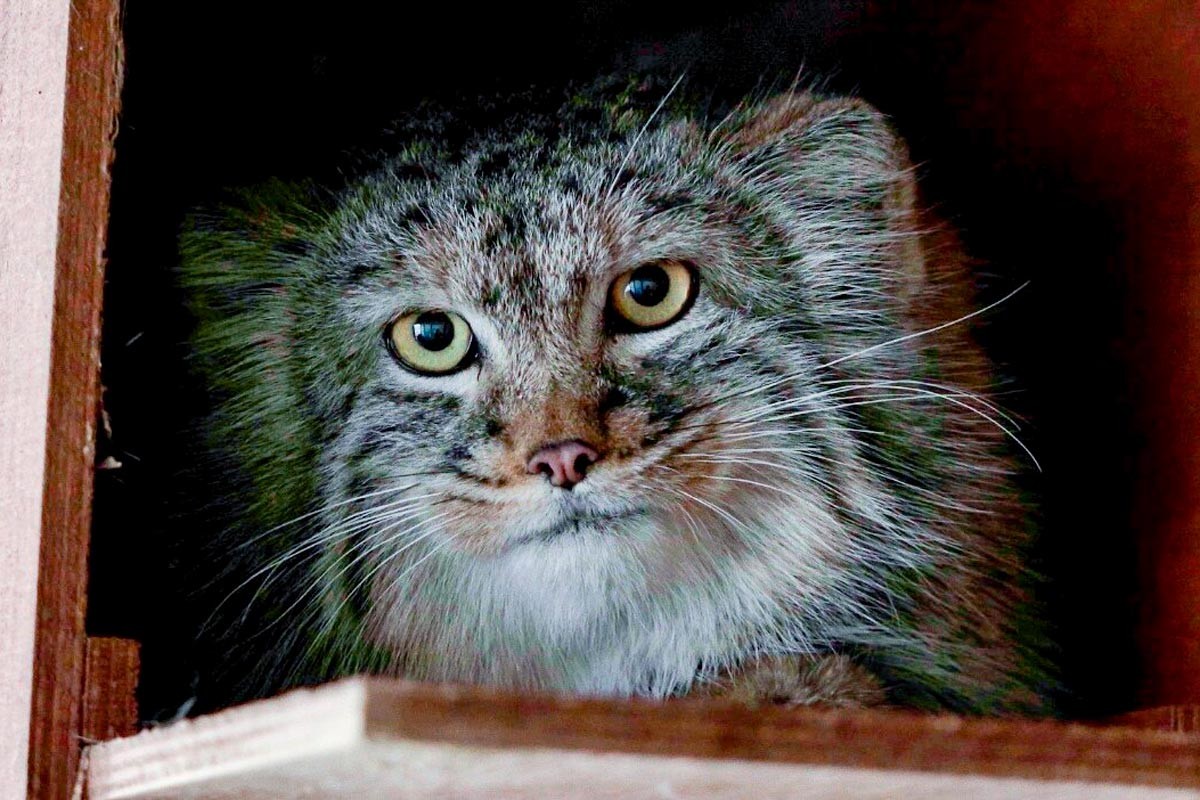 Press Service of the Moscow Zoo

If cats had social media accounts, manuls would probably describe themselves as “hard to find, easy to lose and impossible to forget”. The manul (or Pallas’s Cat - after its discoverer, 18th century Prussian zoologist Peter Simon Pallas) is one of the biggest introverts among animals. They are indeed hard to spot: they predominantly live on uninhabited steppes of the Zabaikalye and parts of Mongolia bordering that region. They are also spotted in some regions of Central Asia.

These cats are proudly solitary, each living on its own territory (which measures around 4 sq. kilometers) and encountering one another only during the mating season in spring. The manul is also an endangered species and included in the Red Data Book of Russia and other countries’ endangered lists. Although experts believe they appeared some five million years ago, very little is known about them. Exact numbers in the wild are tough to estimate, due to their secretive nature. Currently, there are an estimated 3,000 known to be living in Russia (Mongolia is believed to have more, according to scientists). 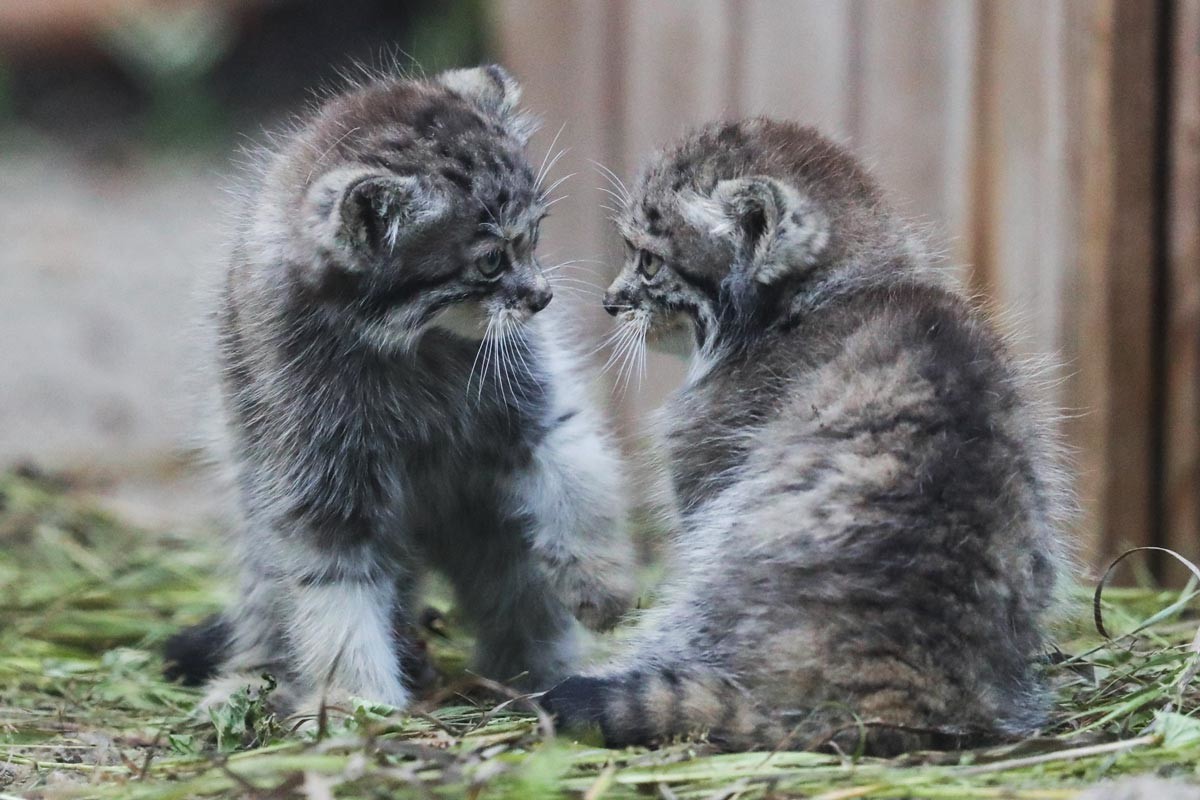 Manul kittens at the Novosibirsk Zoo

A regular house cat weighs more than the wild manul, whose kittens are so tiny, they measure less than 100 grams in weight; meanwhile, an adult manul (eight months or older) weighs anywhere between 3-5 kilograms. They’re no bigger than ordinary cats, either, usually about 60 cm in length, followed by a 30 cm tail. By the way, the cat’s Latin name is ‘Otocolobus manul’ - which means “ugly ear” - although we don’t see anything wrong in that department!

3. Fluffiest cat in the world 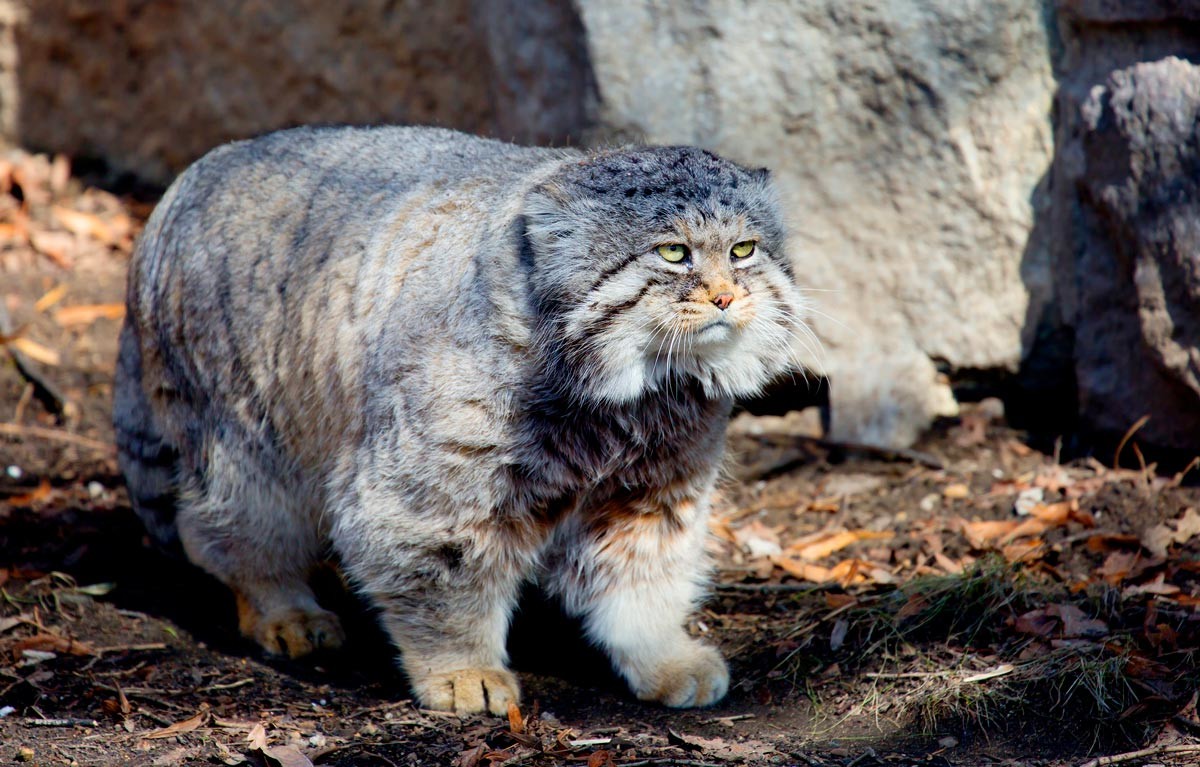 Despite their diminutive size, manuls still seem rather large, which is down to their dense fluffy fur coat - the densest among all cats. Every square centimeter of skin contains 9,000 hairs up to 7 cm long. This fluffiness allows them to survive in the harshest conditions.

4. Weighs twice as much in the winter 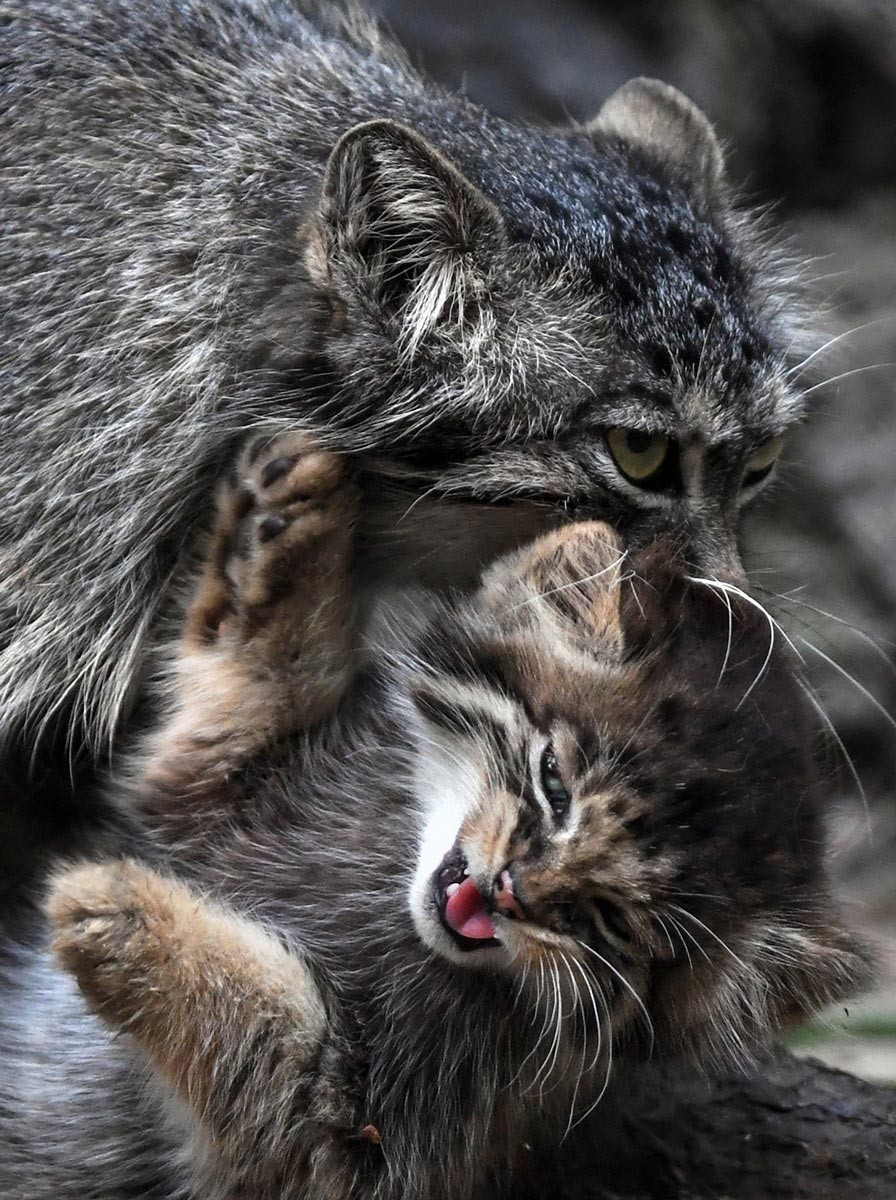 Manul and her kitten at the Novosibirsk Zoo

Manuls’ survival depends on them gaining weight during the fall. Experts refer to this as “fattening up”. It’s all down to the inhospitable winters in the steppes they inhabit. As if -50°C temperatures weren’t enough, there are also fierce winds. And manuls never hibernate - they hunt all year round. So, the only way for them to survive is to store enough fat. A manul can weigh up to 6-7 kg in winter and constantly goes on food runs. 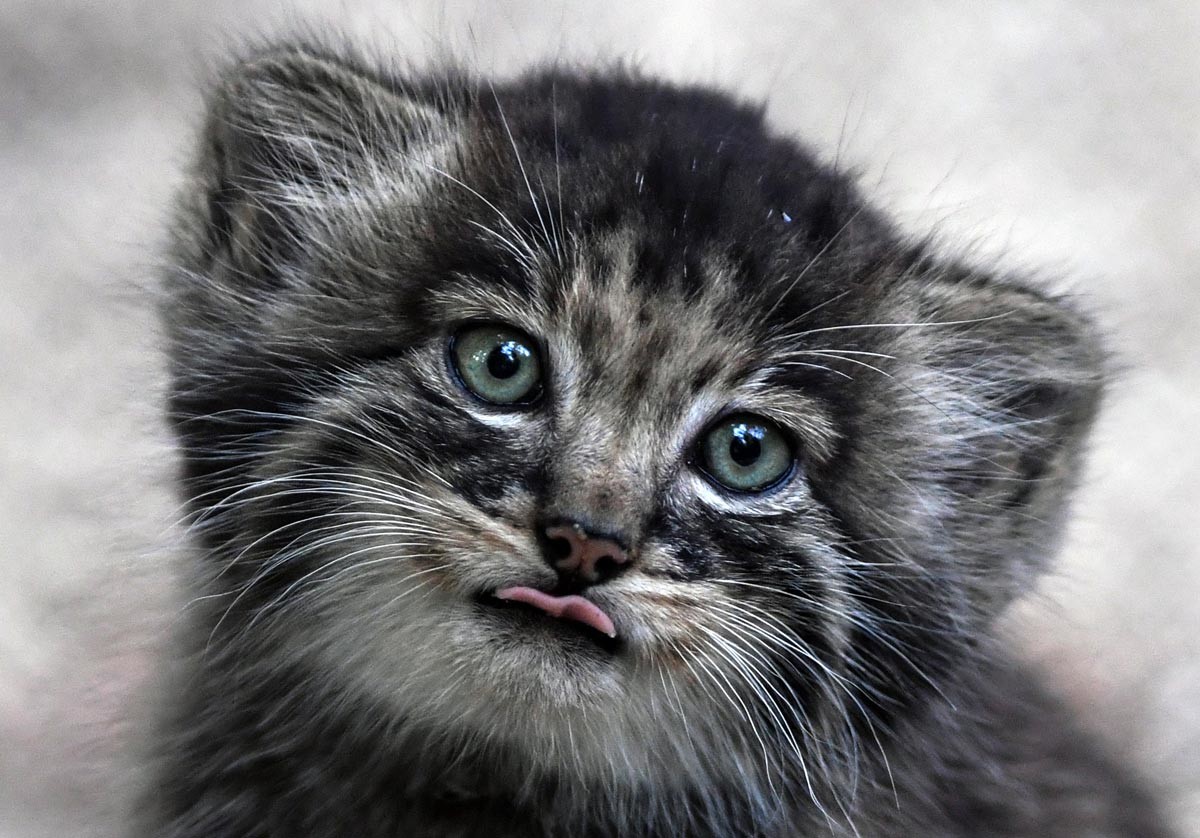 Manul kitten at the Novosibirsk Zoo

Due to their increased fluffiness, manuls are rather slow and sluggish, plus they have short paws that also tend to sink in the snow. ‘Graceful’ is the last adjective you’d use to describe Pallas’ Cats. Nevertheless, they make great hunters. Their camouflage allows them to blend into the surrounding landscape and kill their prey in one fell swoop. Here’s what it looks like. 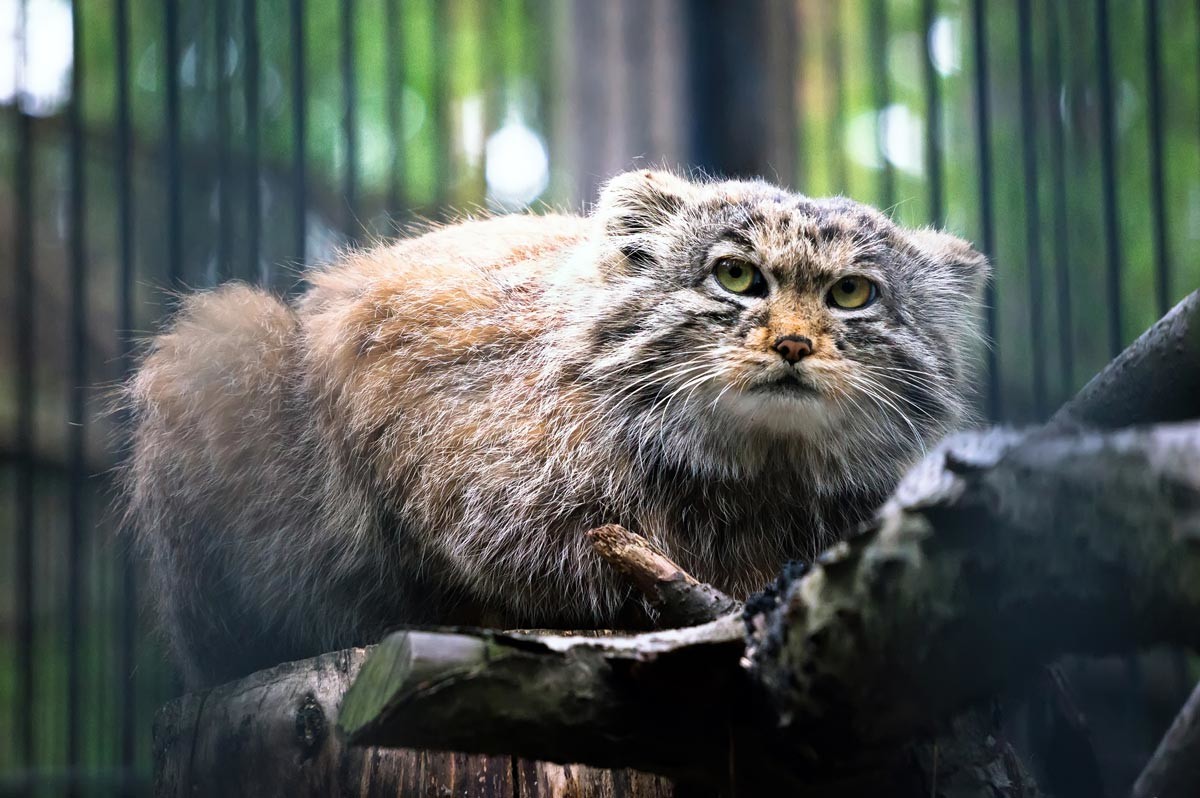 Although manuls aren’t imposing in size, they have the most expressive gaze among their small cat kin - rather than vertical pupils, theirs are round, just like those of big cat predators, such as lions and tigers. It uses them to stage sudden ambushes on small rodents and partridges. By the way, if any of its victims leave behind a comfy dugout, the manul may choose to move in. It’s more than capable of making one itself - but why bother?

7. Lives wherever is most convenient 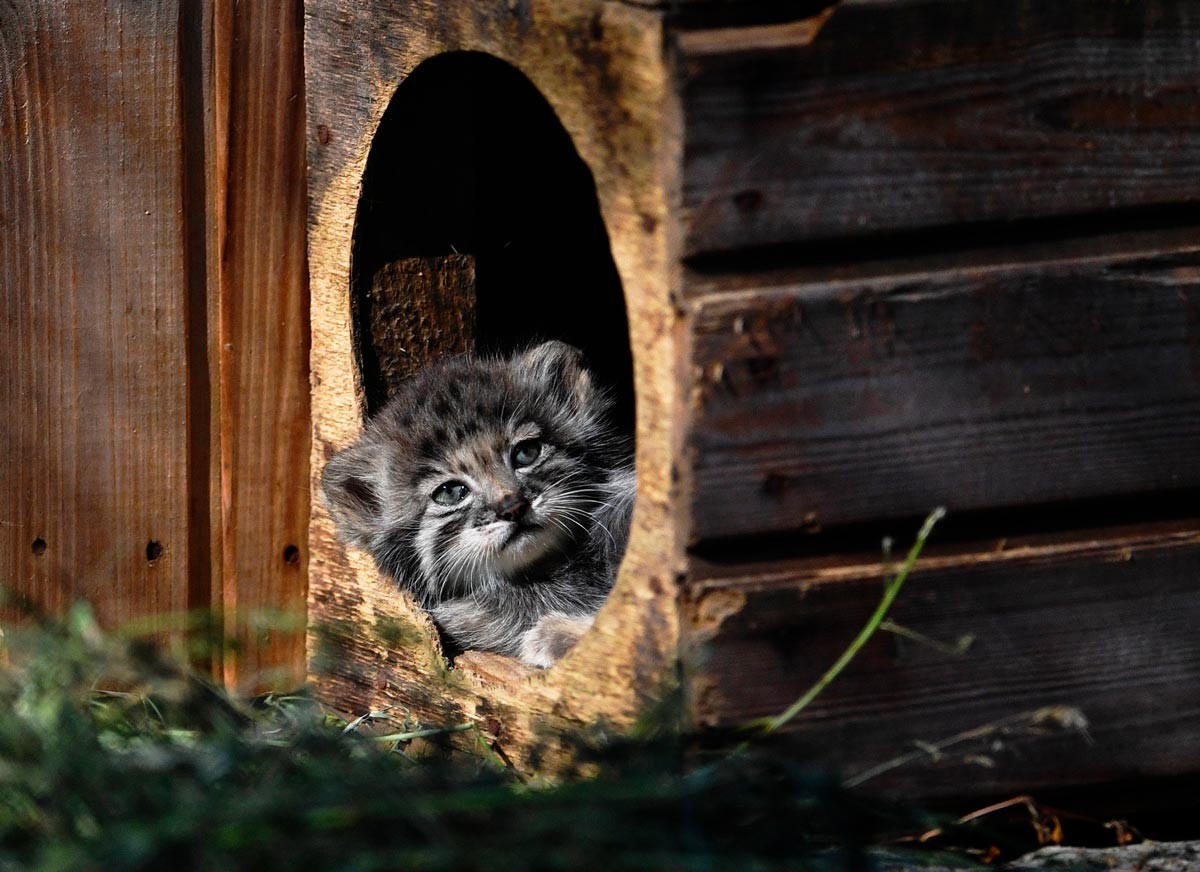 Aside from occupying badger’s and other rodents’ holes, manuls often take up residence in rock cracks. But they may also choose entirely unpredictable places. Staff at the ‘Daursky’ national park in Zabaikalye once discovered two females that settled in old abandoned combines standing in a field overgrown with weeds. In another incident, in the summer of 2021, residents of a village in Buryatia found three newborn kittens in a haystack by an old house. No one really knew what the mother’s logic was in selecting the spot. 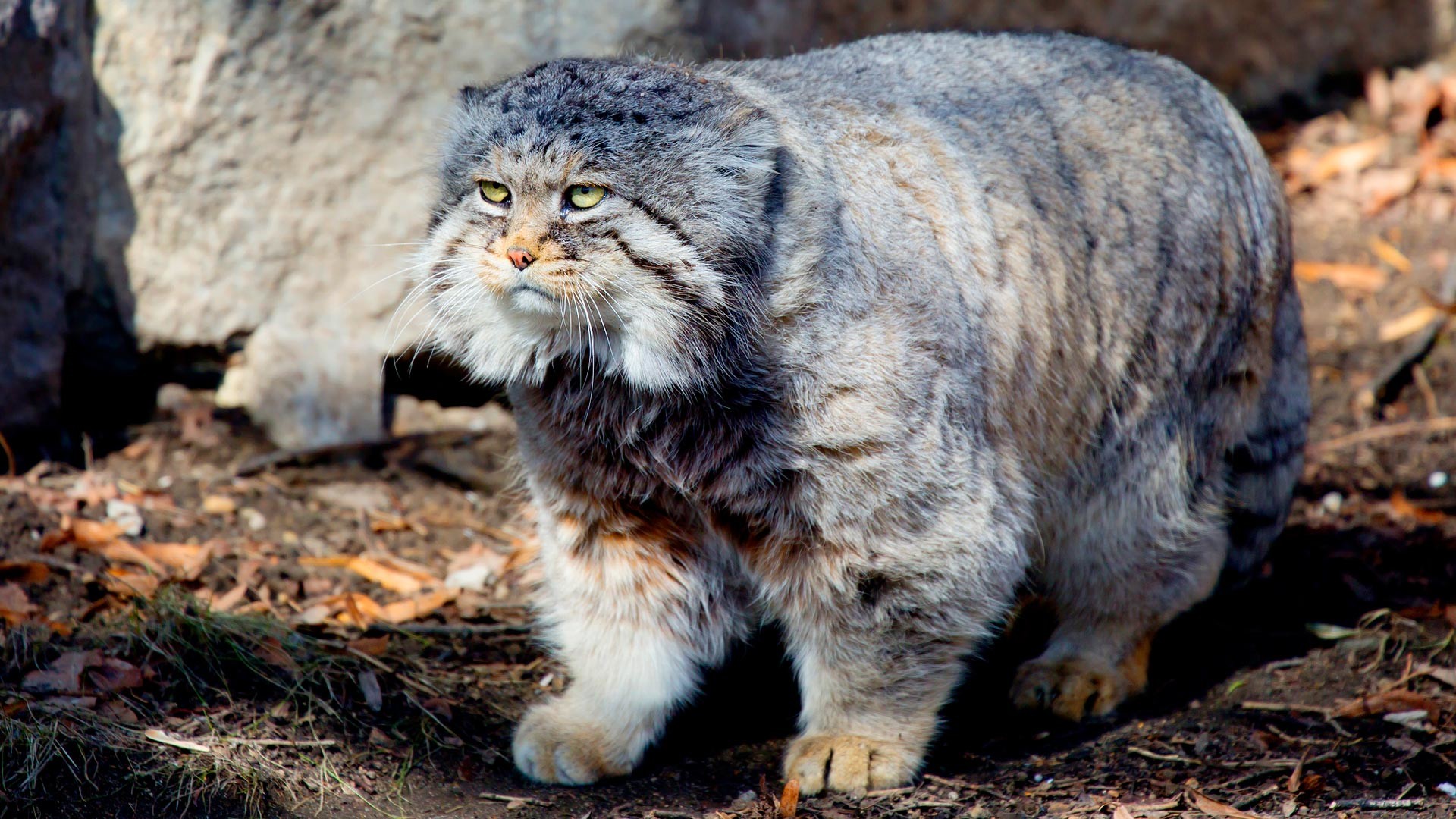 Better not to pet this cat

Manuls live such a solitary existence that they don’t really even have any natural enemies… except humans, that is. They suffer not only from poaching, but the expansion of human civilization and activity itself. They might get poisoned by a mouse that visited a crop field and picked and carried pesticide in its system. For this and other reasons, the manul is wary of humans, and seldom shows its face, even preferring to hide inside its house in zoo enclosures.

9. Will never become a house pet 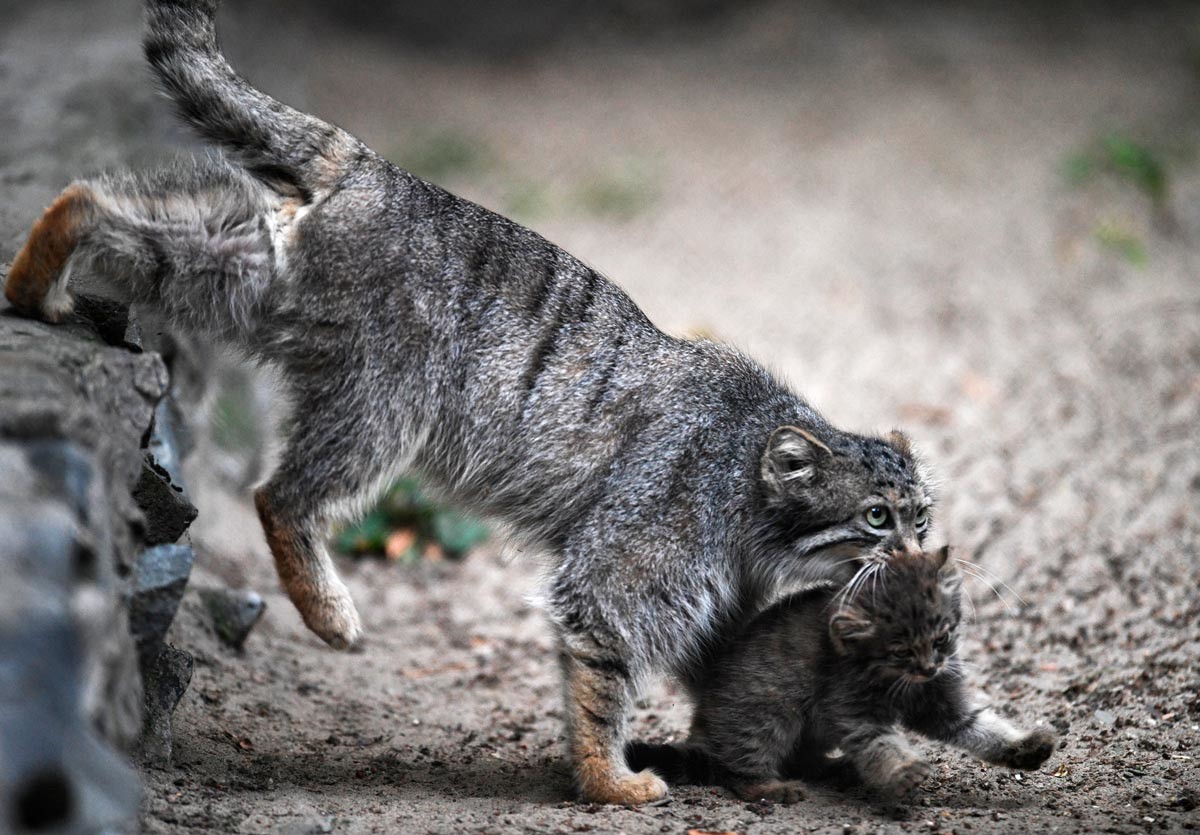 Manul and her kitten at the Novosibirsk Zoo

Domesticating a manul is impossible, although there have been rare cases of them being raised by people. In one such case, while some Buryat villagers were waiting for zoologists to arrive, they feed three little manuls cat food and even bathed them: it turned out they weren’t all that opposed to a wash, although they hissed fiercely and showed their displeasure in other manul ways. By the way, today, these kittens are already in the safe hands of animal experts at the Moscow Zoo’s rare animal nursery.

“Manuls absolutely can’t stand when they’re being handled,” says Irina Aleksiecheva, one of the employees. There were cases at the Daursky reserve when abandoned kittens would be found and taken care of. However, as soon as the kittens were old enough to fend for themselves, they would easily leave their human parents without looking back.

10. Manuls in zoos are relatives

Better not to pet this cat

There are around 150 manuls in zoos worldwide and almost all of them are related to each other. A very sizable contribution to the study of the behavior of these wild cats was made by zoologists at the Moscow and Novosibirsk zoos. The first members of the species appeared in the capital in 1949 - today, they are the mascots of the zoo and its center for the conservation of rare species. Manuls born in captivity in Novosibirsk today also live in zoos in Zurich, Poznan and Tallinn.