I spent a week in Sochi, the BEST place to go in Russia in the off-season (PHOTOS) 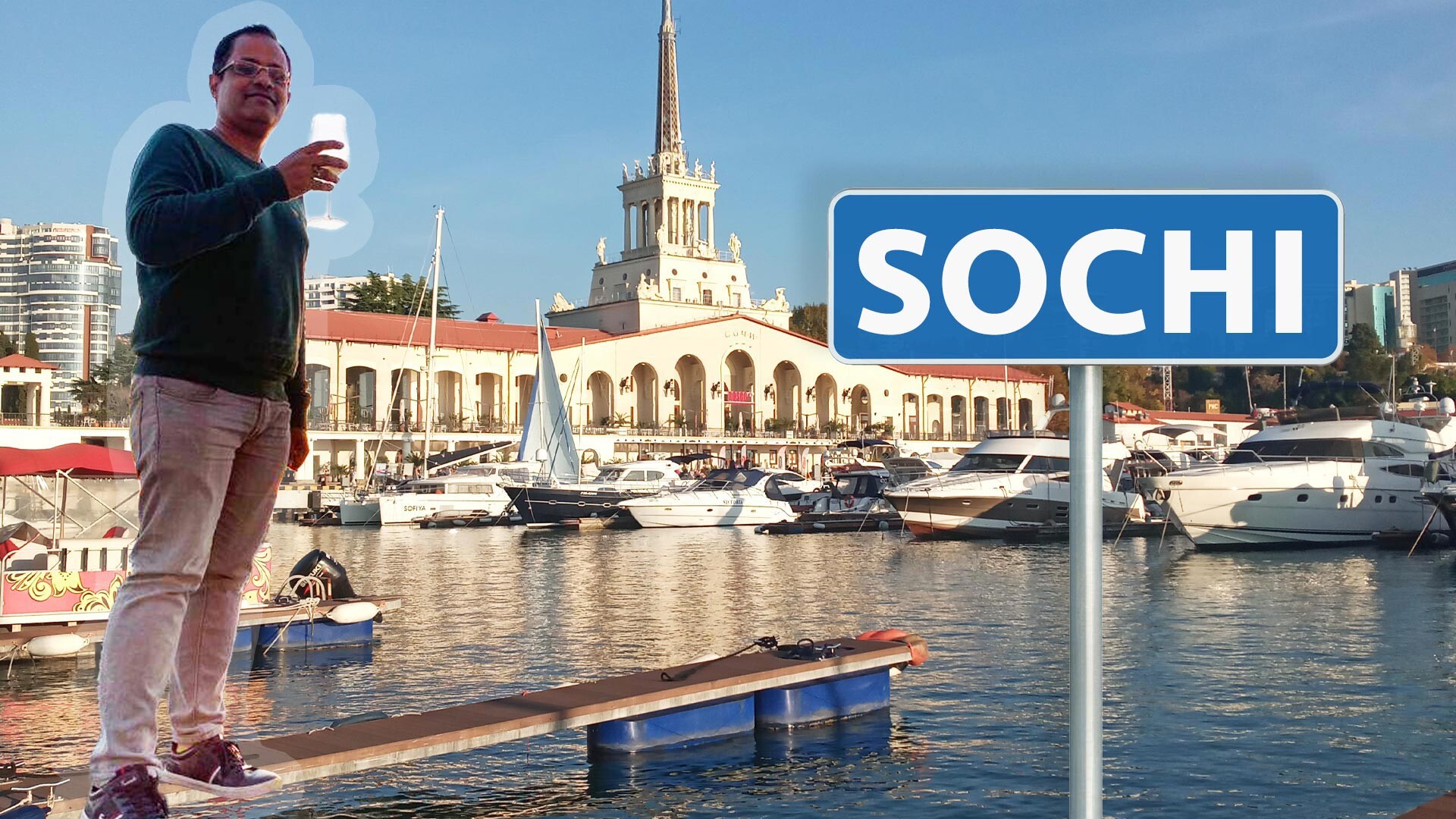 Russia Beyond (Personal archive, Legion Media)
In this latest report in our Pandemic travel series, our columnist first soaks in Sochi’s main attractions, before heading to the peaceful and charming rural parts of the region.

On the day I left the Russian capital, every single flight to Sochi was overbooked. It was November 2021 and the demand to leave the greyness, sleet and an upcoming lockdown in Moscow was so high that Russia’s largest airline needed to use larger aircraft to accommodate everyone who wanted to head to the warmth of Sochi. Muscovites were heading south in droves, much in the way migratory birds leave the cold environs of the north in the fall.

As the plane landed in Sochi, it was not hard to see why this city by the Black Sea was one of the most popular holiday destinations in Russia. A blue and inviting sea with water that looks warm enough to swim in, even in November, welcomes every visitor.

Ready for an influx from the north 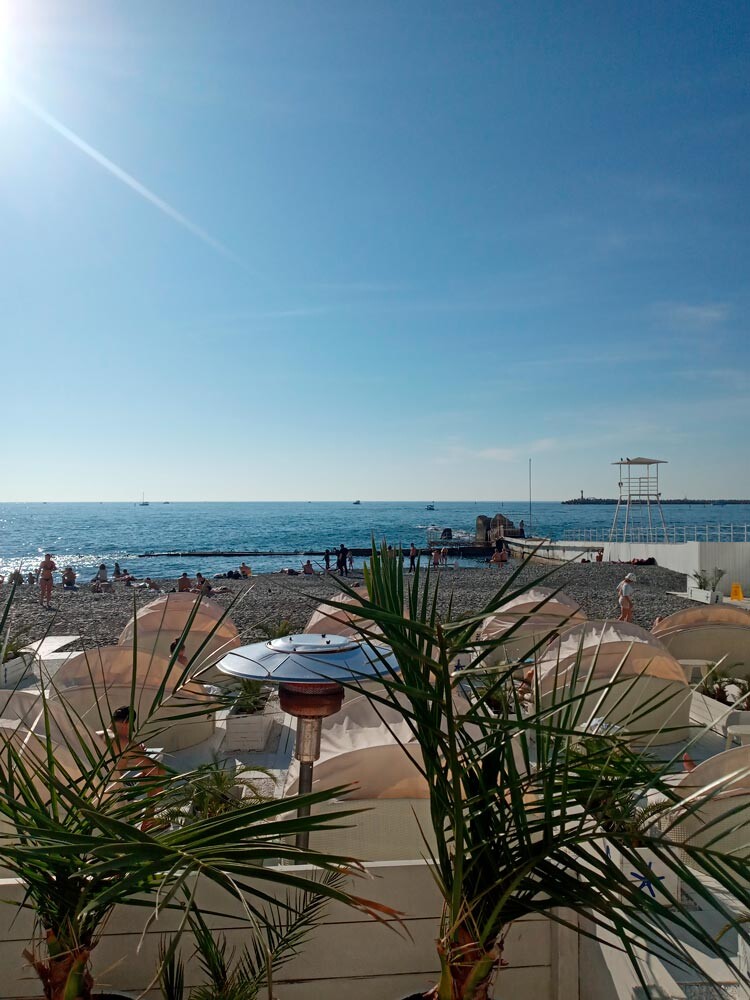 Expecting tourists from Moscow and other northern parts of the country, the authorities in Sochi informed hotels to only allow in those with QR codes showing that a person was vaccinated or had recovered from Covid recently or recently tested negative. The local government was not going to allow the city to turn into a hotspot for the virus at a time when case numbers were rising at an alarming rate in Russia. Having family in Sochi meant that I did not need to check into a hotel.

There were rumors of a lockdown in the city, as well, but I had the privilege of staying in an independent house with private outdoor space and a large terrace.

As if there were no pandemic

Thankfully, there was no lockdown in the city and one could have easily been fooled into thinking that there was no pandemic in this part of Russia. Absolutely no one wore a mask in the only mode of public transportation in the city - the local bus. Restaurants had signs asking for people to wear a mask before entering, but this was not enforced. I had reached the city five days before the official week-long national holiday (that was declared by Russian President Vladimir Putin) was to begin and, so, there were no restrictions of any kind anywhere. 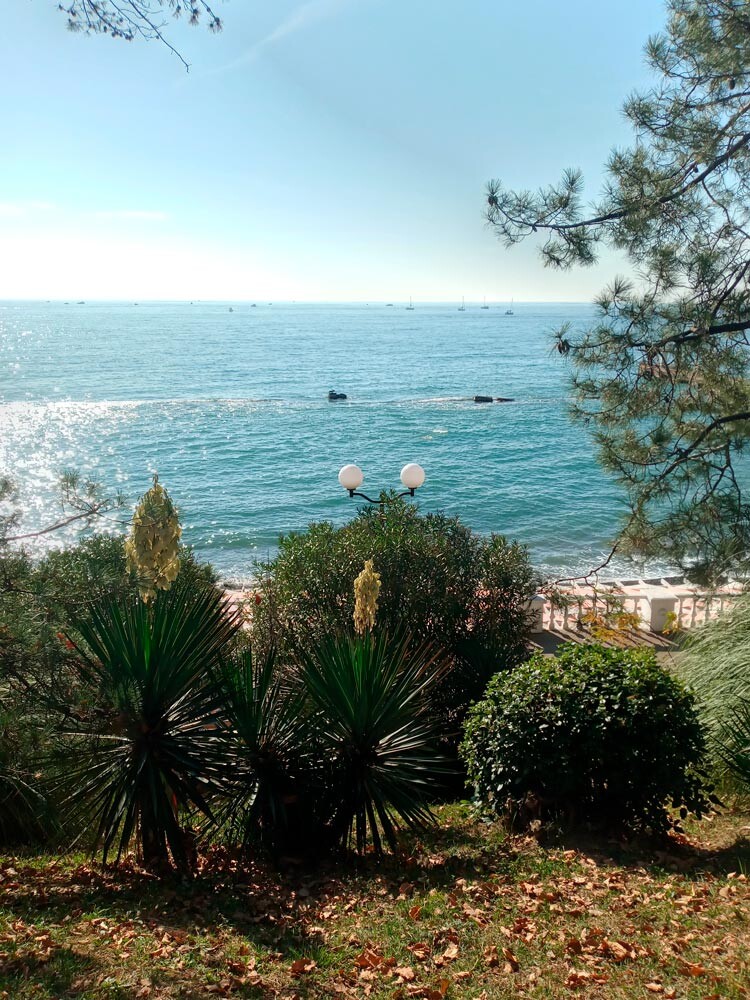 View from a hill overlooking the sea

The one place where masks were obligatory was the ‘My Documents’ multifunctional public services center. As a foreigner, I was obligated to register my visa in the city, so I went to the office with my host. The sight of the sheer number of people in that office took me aback. A large number of them were in the office to register their property in the city. Sochi has become a very popular destination for people looking for second homes. A friend of mine who works as a realtor says she takes potential buyers from other parts of Russia almost every single day to show properties.

The Krasnodar Territory, in which Sochi is located, is also a popular retirement destination for people from Siberia, the Russian Far East and other northern parts of the country. While housing costs are rising in Sochi and across the region, the cost of living is substantially lower and there is an abundance of fresh fruits and vegetables here throughout the year. And frankly, who wouldn’t want to live in such a wonderful climate?

While there’s no doubt that Sochi has world class infrastructure, including a stunningly beautiful motorway that runs parallel to the coast and connects the airport and the city center, it is very different from the 19th century glamour cities of the Black Sea, like Odessa in Ukraine or Constanța in Romania. The city was founded in 1838, but hardly has any architecture of the time left.

It was promoted as a resort town in the Soviet days, but modern and posh buildings are quickly replacing structures built in the 1950s-1960s, especially in the city center.

Sochi also has the feel of an Italian town. With its hilly terrain, there are some places in the center that offer absolutely stunning panoramic views of the Black Sea. 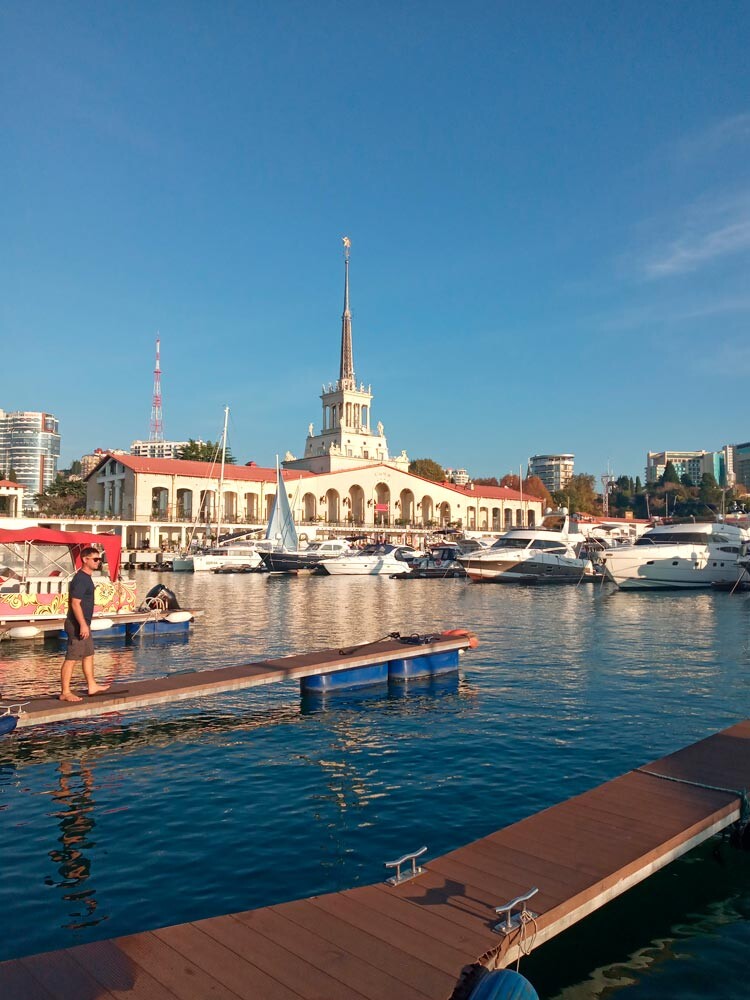 The biggest eye catcher in the city center is the marine passenger terminal that was built in Stalinist style in the mid-1950s.

The building’s center is topped by a 71-meter high three-tiered tower and a polished stainless steel spire. The area around the terminal is one of the main hubs of activity in the city. There are regular ferry services from Sochi to other Black Sea ports in Russia and neighboring countries, but if time is not on your side, the best option is a one-hour long yacht ride on the Black Sea. 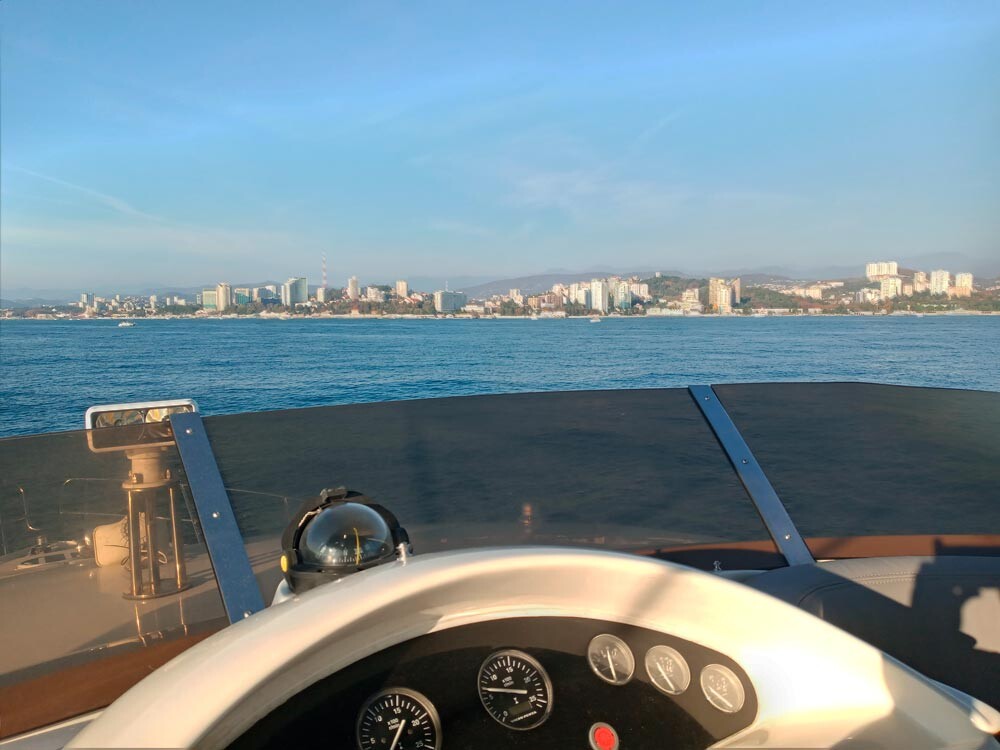 View from a yacht

I was lucky with the weather and set sail on a warm and sunny afternoon. The biggest surprise that awaited me was the view of the Caucasus Mountains from the sea. They rise above Sochi like a giant protector. A white-pebbled beach is just a short walk from the terminal and, throughout my stay in the city, the water was warm enough to swim in.

You won’t go hungry in Sochi

Since the city is used to hosting tourists from around the world (thanks to the 2014 Winter Olympics), there are several high quality restaurants on the city’s beachfront. If you’re not a vegetarian, it would be a sin to leave Sochi without trying the red mullet that is on the menu of just about every single beachfront restaurant.

The city is also enthusiastic about its Italian feel and quite a few gelaterias and Italian restaurants have popped up across the city center. Let’s just say the Italian ice creams in Sochi are more authentic than the Italian main courses, which feel like Russianised versions, despite very good efforts by trained chefs to be genuine.

The restaurants in the city center specially cater to tourists, so the prices are on par with what you’d pay in Moscow.

Jungle in the city

Adding to Sochi’s uniqueness is of course, its palm trees. Imagine a city in Russia with green palm trees and +14°C weather, even in February! 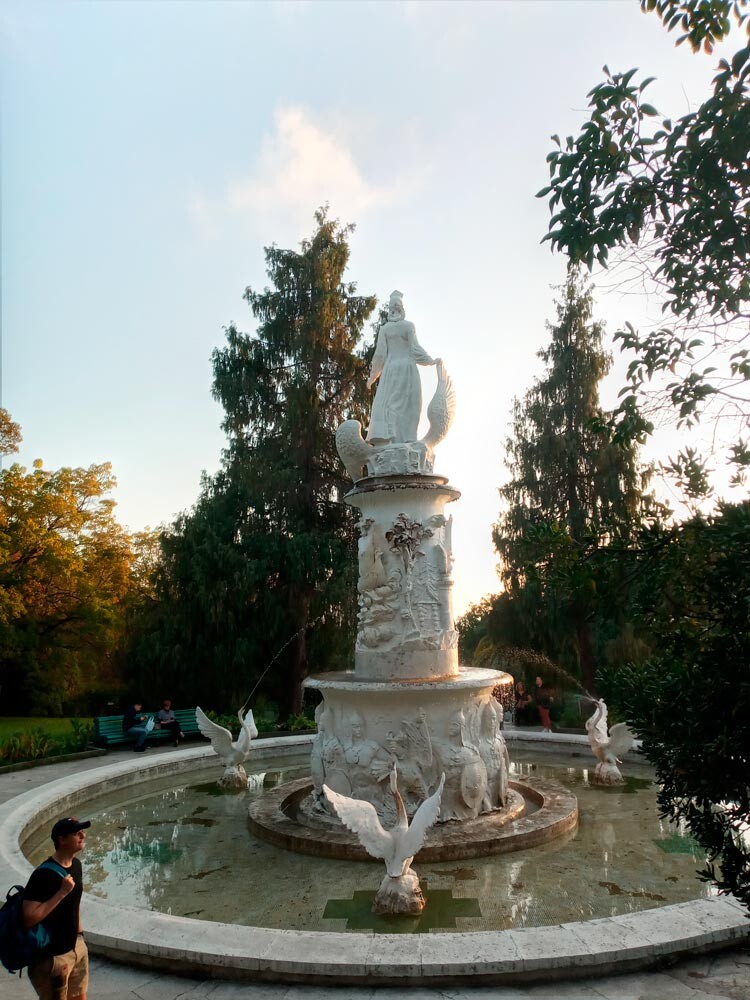 A fountain at the Sochi Arboretum

When I am on holiday, I always look for a place where I can find some peace and quiet and read a book or scribble in a journal. In Sochi, the ideal place for such peaceful activities is the Arboretum (Dendrarium, as it is called in Russian). This beautifully landscaped park is full of expansive lawns, fountains, neo-classical pavilions and a variety of trees. It has 24 species of palm, 80 species of oak and 76 species of pine. There is a cable car that goes to the top of a hill, but it wasn’t functional when I visited the garden. Turn up at 8 am and you’ll have the entire place to yourself. 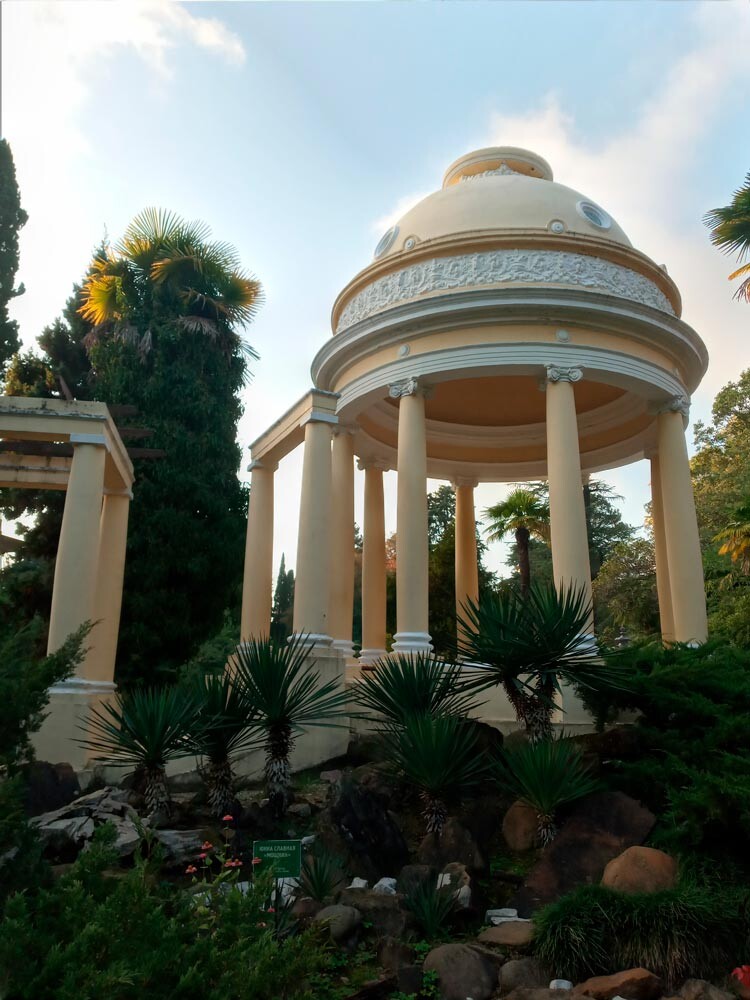 A pavillion at the Arboretum

Off the beaten track

When you live as a local with a Russian family in Sochi, you see another side of the city. This is a Sochi that is free of tourists (and tourist prices). Drive a few kilometers away from the city and you’ll see a series of new housing estates on the fringes of hilly temperate forests. 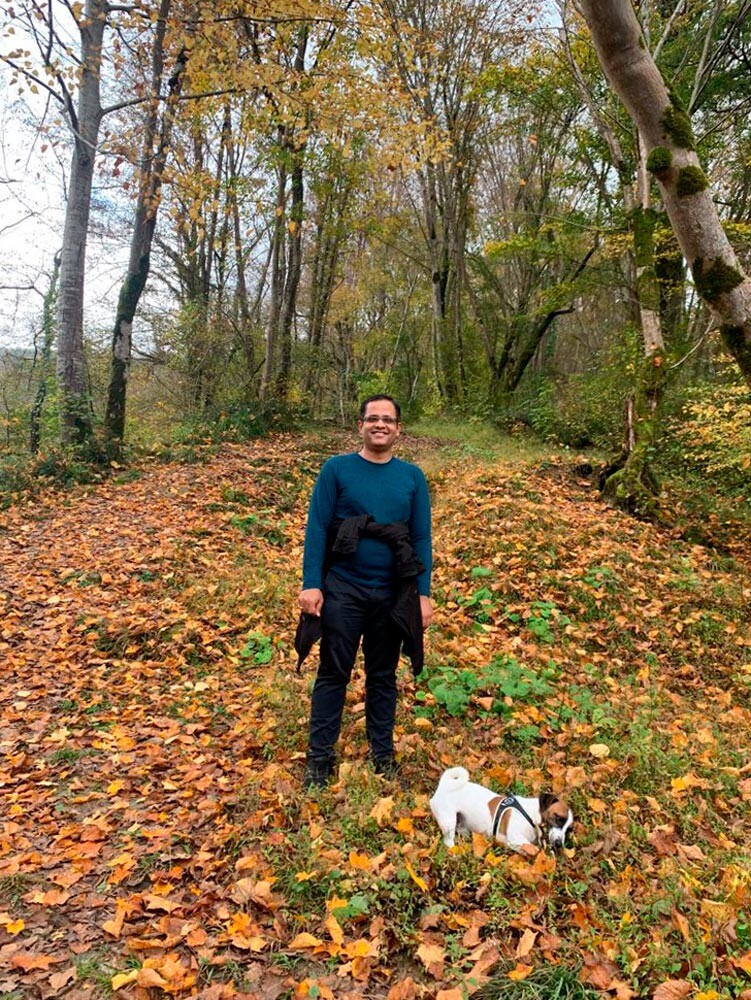 In a forest outside Sochi

As we trekked up these hills, we felt like we were in any forest during fall in central Russia. The foliage, mushrooms and the fresh scent of pine greeted us on the trail. We could also see charming and quaint wooden houses on these forested hills. The amazing part of being here was that touristy areas were just a short drive away, but they might as well have been in another part of the continent. Such was the peace and tranquillity!

Also away from the commercialised center are small bakeries and cafes that serve food from Armenia and other parts of the southern Caucasus. This is where I got my first taste of dzhash, a brothy tomato-based stew, and a variety of dishes made with bulgur (parboiled cracked wheat). Some cafes also serve chacha, a clear and strong pomace brandy. The alcohol content ranges from 40 to 65 percent. Make sure you know how strong it is before gulping it down like vodka! 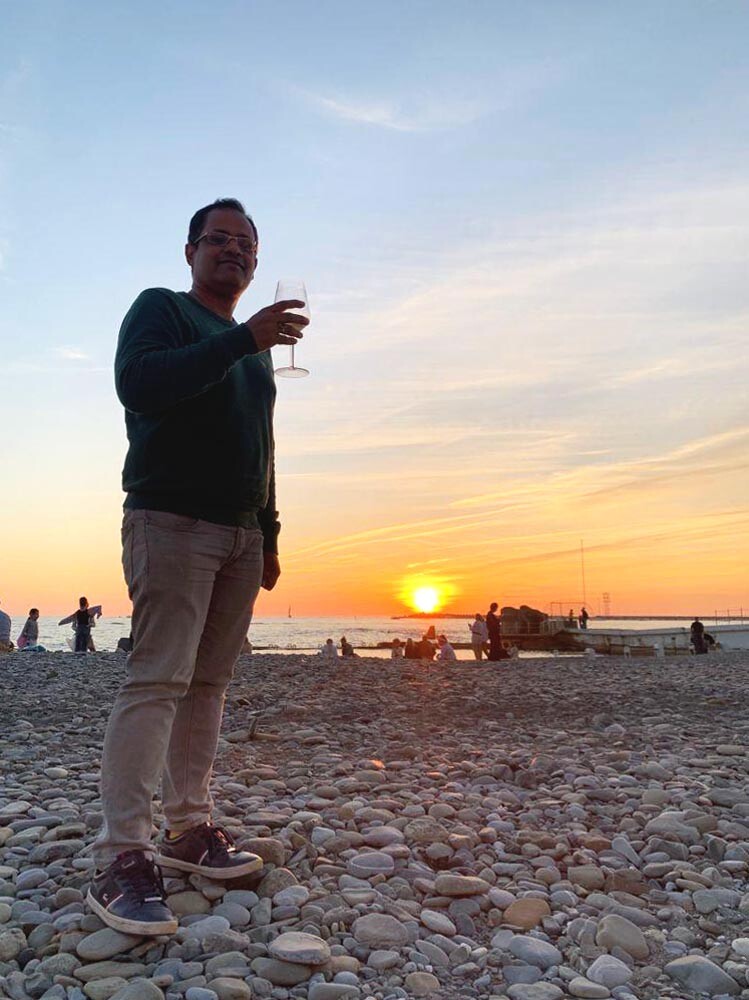 Enjoying an evening by the Black Sea

This influence of places like Armenia, Adygea, Abkhazia and Georgia (located not far from Sochi) is also visible in the city’s teeming markets. One of the best ways to enjoy all the delicacies of these places is to go shopping in the markets and stock up for a picnic in the forests outside the center.

We were also fortunate to catch up with Sochi’s thriving cultural scene. The city’s concert halls are heavily subsidised and a ticket for an organ music concert cost me just 250 rubles (approx. $3). In addition to world class instrumental music, we had a chance to listen to vocalists singing traditional songs from neighboring regions. 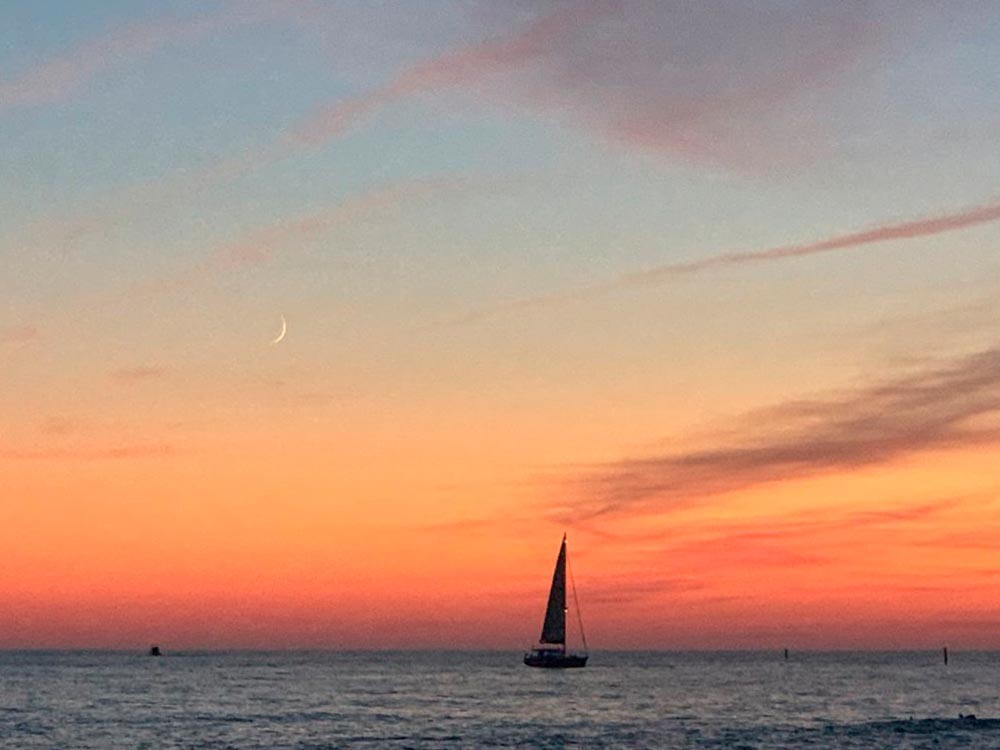 Thinking of the blue skies, warm sun, milk white clouds and gentle breeze that are present well into the heart of November, I can say that this peaceful part of the country definitely warrants an off season visit.