Where is the geographical center of Russia? (PHOTOS) 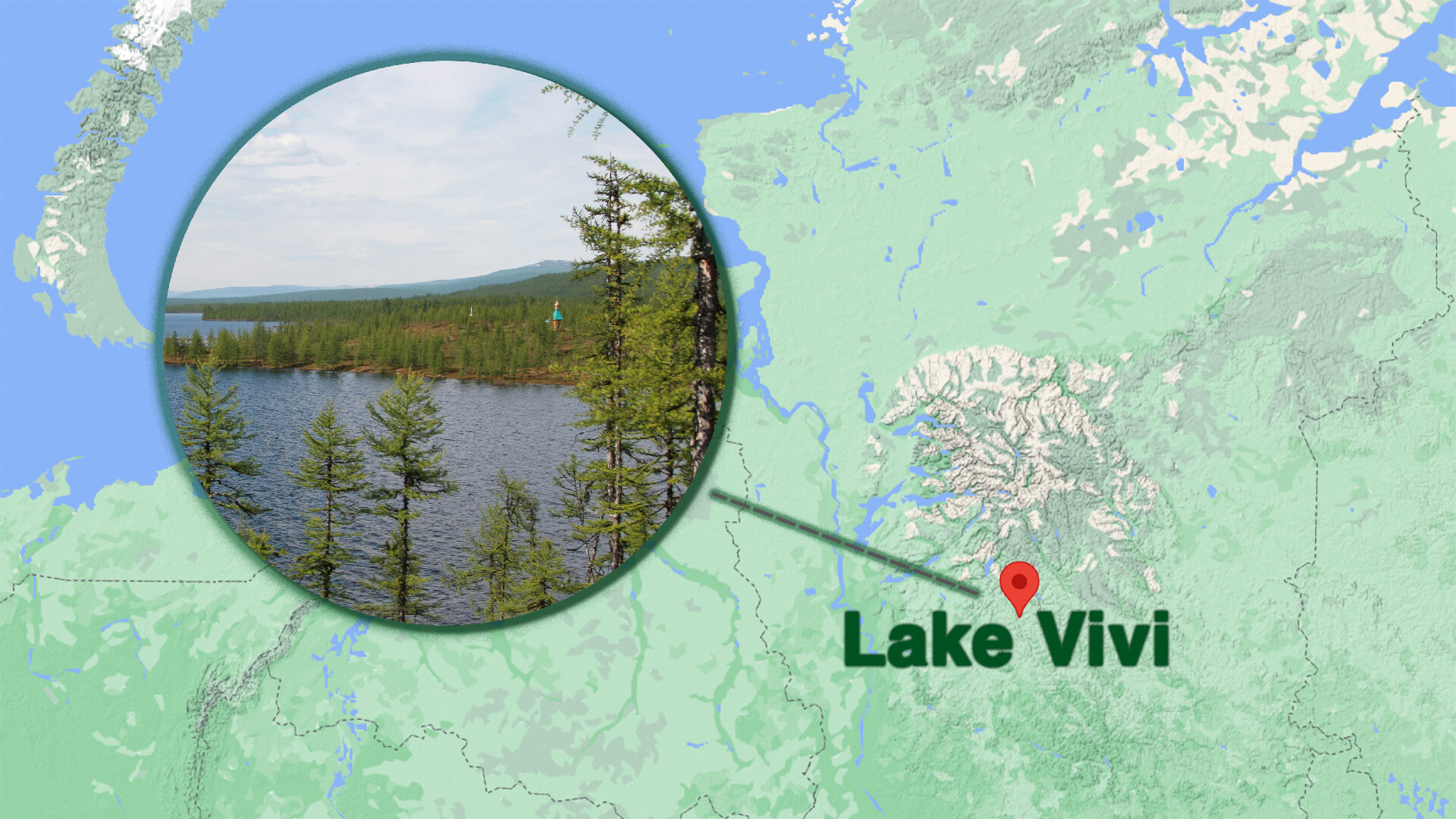 Russia Beyond (Igor Gavrilov, Google Maps)
A severe climate, permafrost, long polar nights - and no people for miles around. Do you know any other country in the world with a similar middle point?

Where do you think the geographical center of Russia is? No, it’s not somewhere in the Ural Mountains or on the Volga River banks. The “heart” of the country is in a very remote place in Siberia - on the shore of Lake Vivi in the Evenk Autonomous District. This is what this place looks like. 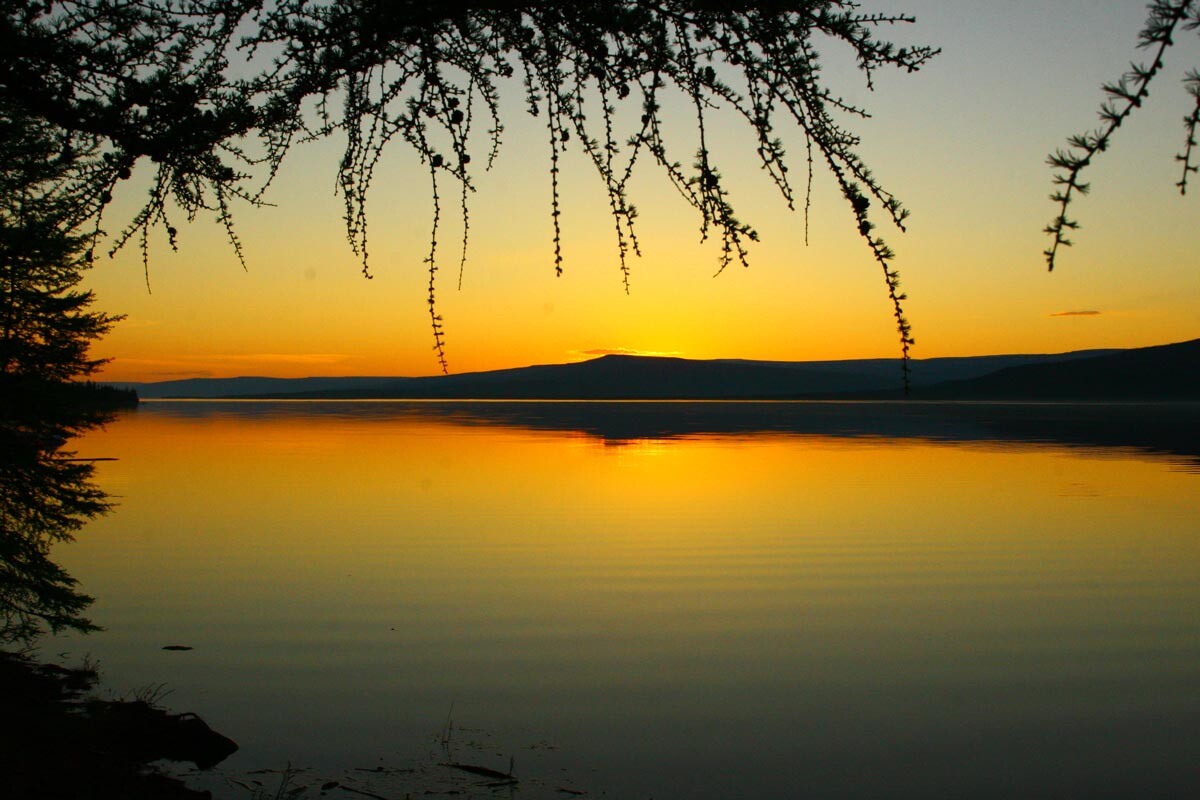 Vivi is the largest freshwater lake in this region, which residents even call the local “Baikal”. It has an elongated shape: 90 km in length and 4 km at its widest point. Most of the year, the lake is covered with ice, due to the extremely cold conditions of the Russian north. The water is still cool even in July. 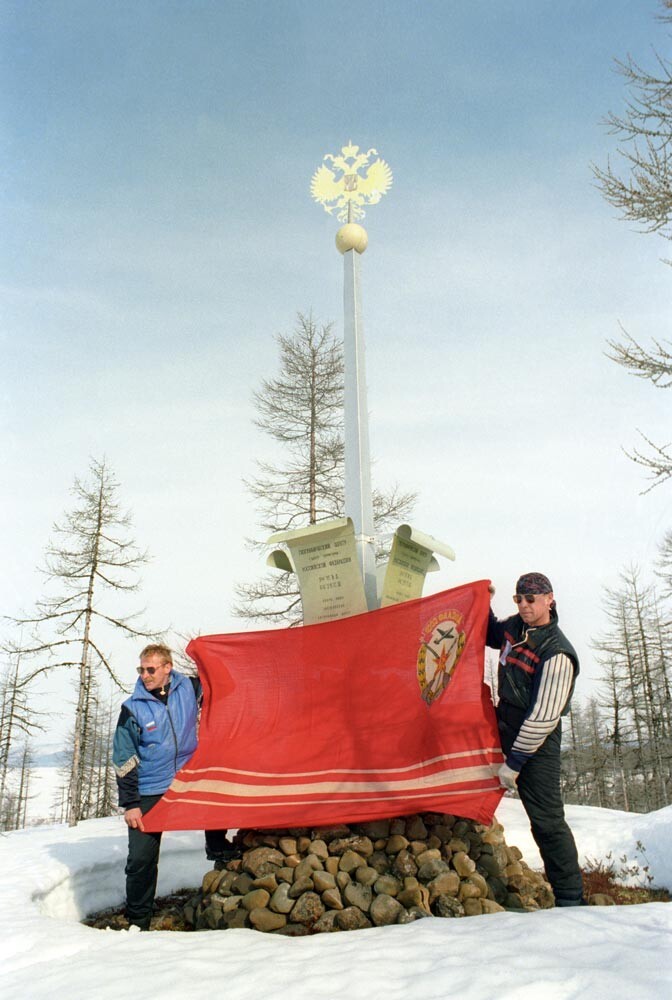 In 1992, it was recognized as the geographical center of Russia. These coordinates were calculated by Peter Bakut (1933-2018), Doctor of Technical Sciences and member of the Geographical Society: 66°25 north latitude and 94°15 east longitude - the southeast shore of Lake Vivi. This is only 16 kilometers south of the Arctic Circle! 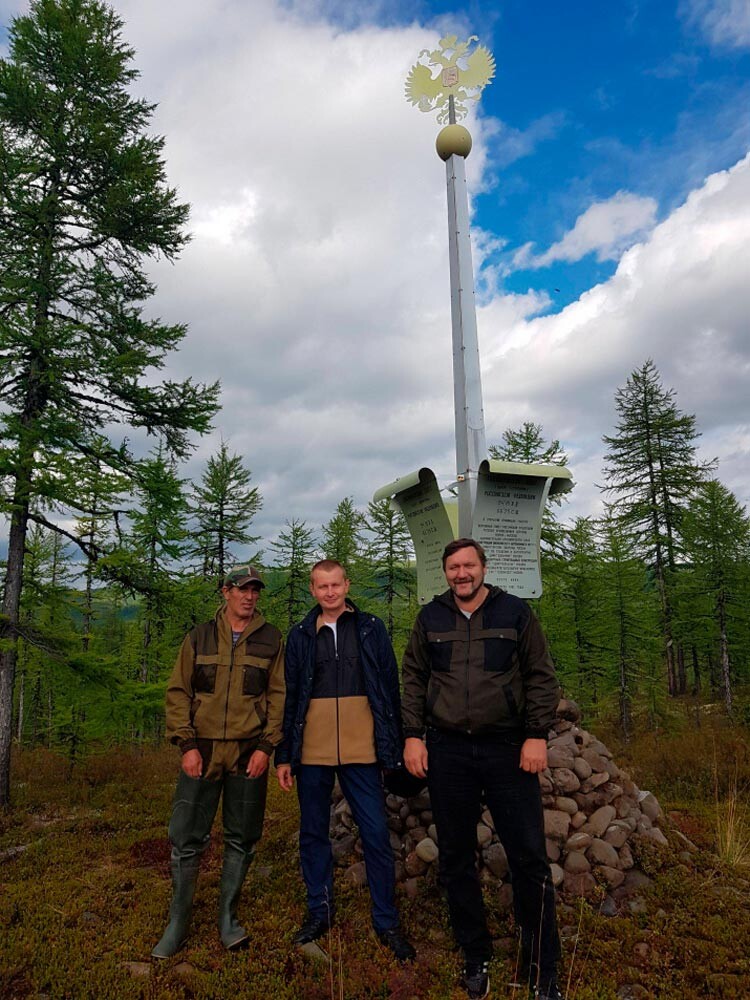 And the lastest expedition of the Russian Geographical Society.

In mid-August of 1992, an expedition of the Russian Geographical Society set up a seven-meter stele in the shape of a blooming flower with the two-headed eagle on top - the symbol of Russia - in the area. The bottom of the stele is decorated with stones, gathered on the lake shores. The team of explorers also put a time capsule there. 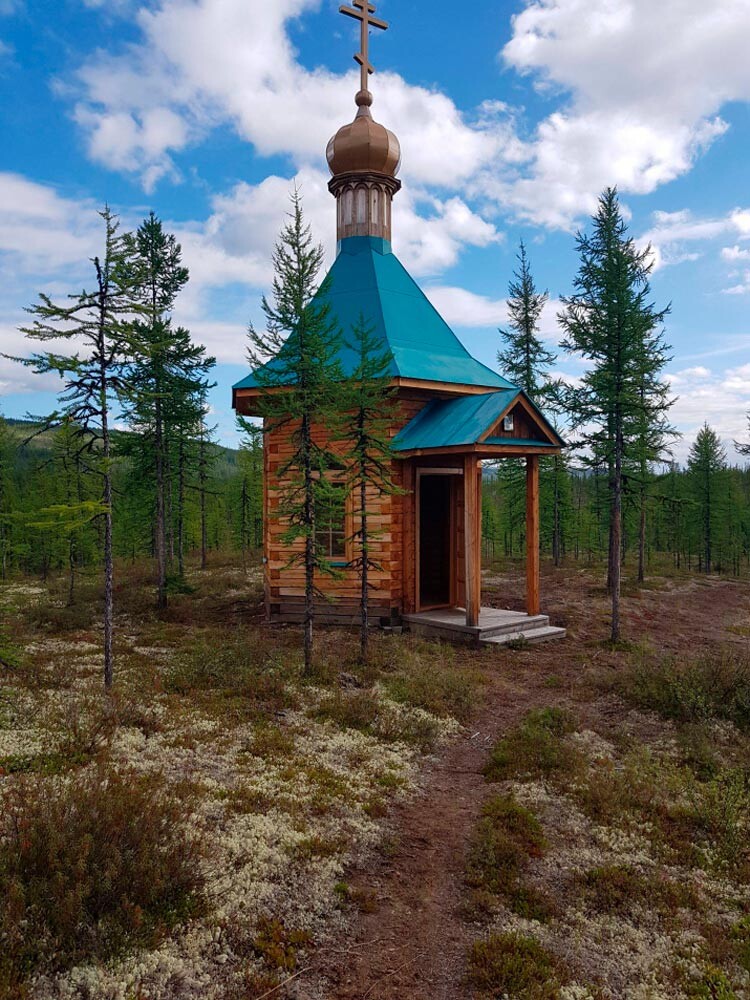 A chapel near the Lake Vivi.

And at the end of August, the Federal Service of Geodesy and Cartography confirmed the official status of the geographical center of Russia at this point. In 2006, here appeared a chapel in memory of Sergius of Radonezh, one of the most revered saints in Orthodoxy. 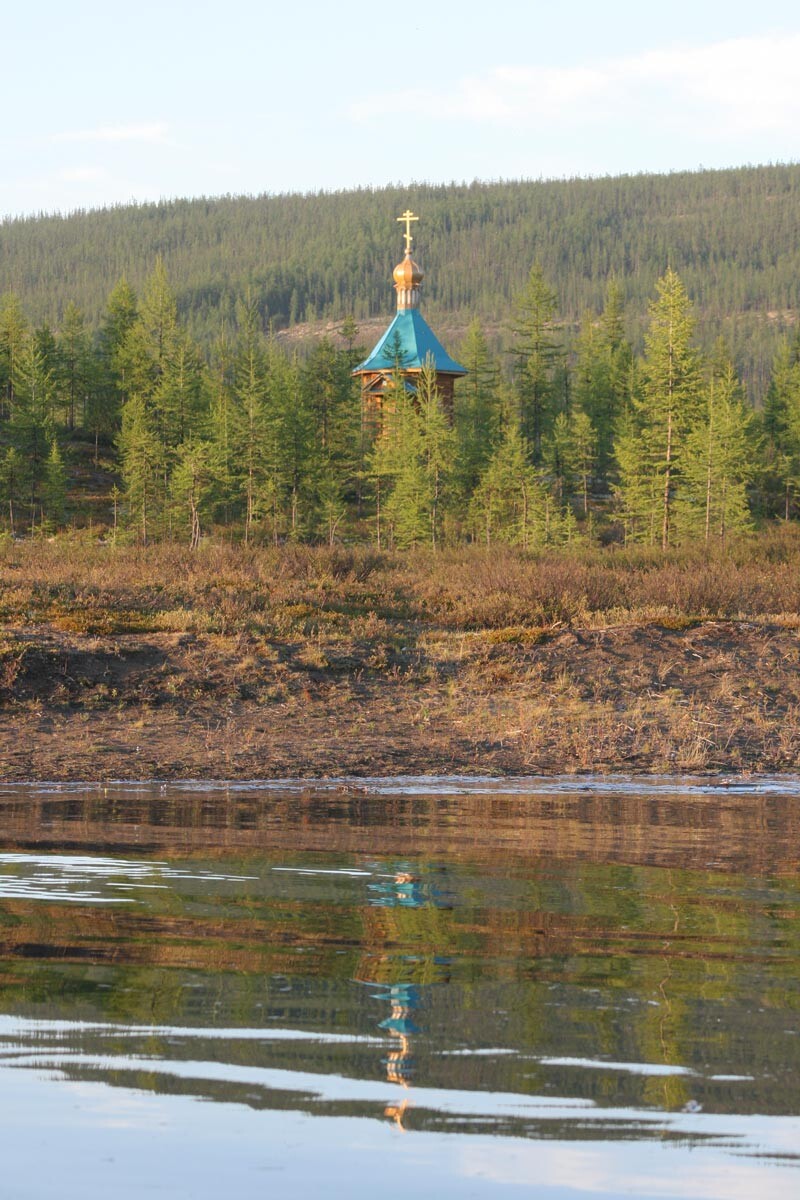 Lake Vivi is located in the southwestern part of the Putorana Plateau, a land of waterfalls and rocks and one of the most remote places in the world. And there’s nothing around, just wild animals and rocky landscapes. Simply the middle of nowhere. 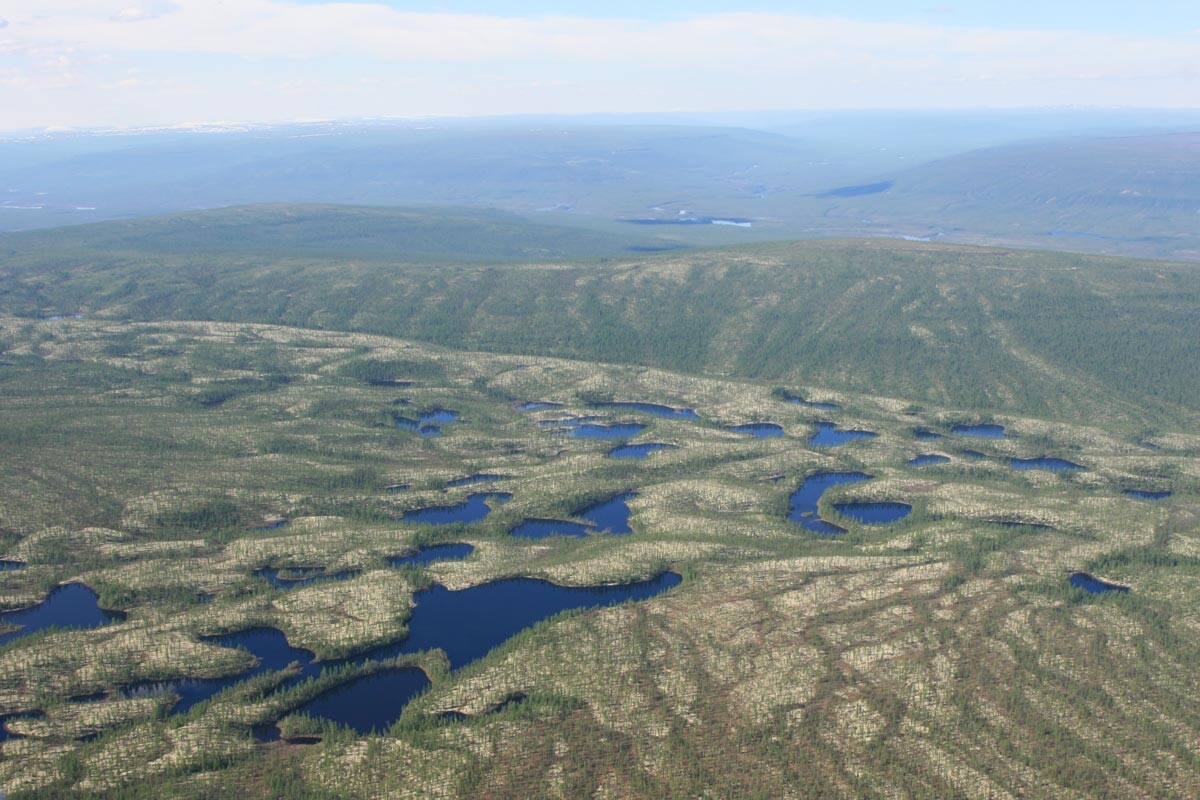 The nearest settlement is the village of Tura, which is also the capital of Evenkia. About 5,000 inhabitants live there and a quarter of them are indigenous people, primarily the Evenks. Just 366 kilometers by helicopter or by boat - and you are on the Vivi shores. This is where a few tourists, who are heading to the geographical center of Russia, usually stop overnight. 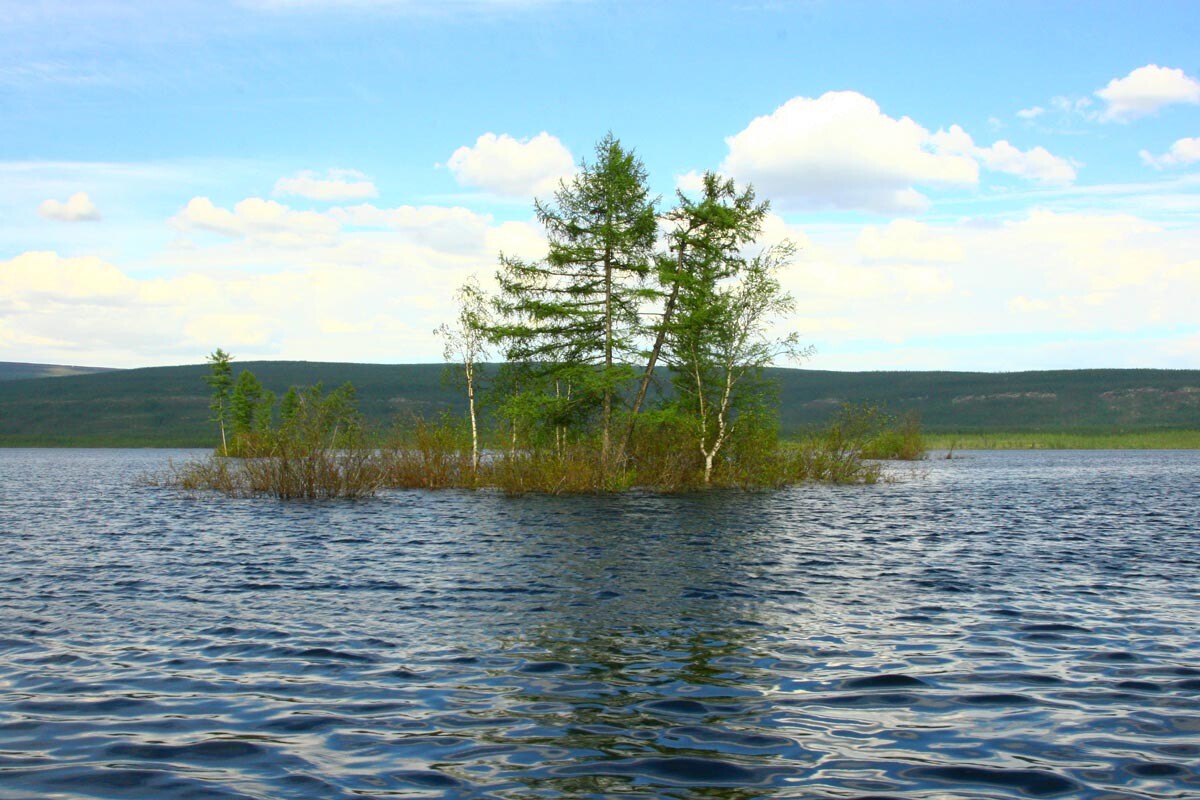 The lake itself is popular, not only among extreme hikers, but also among fishing enthusiasts. Vivi is a home to about 40 different species of fish, including salmon. There are also 133 rivers flowing into it. There are even special guided tours. 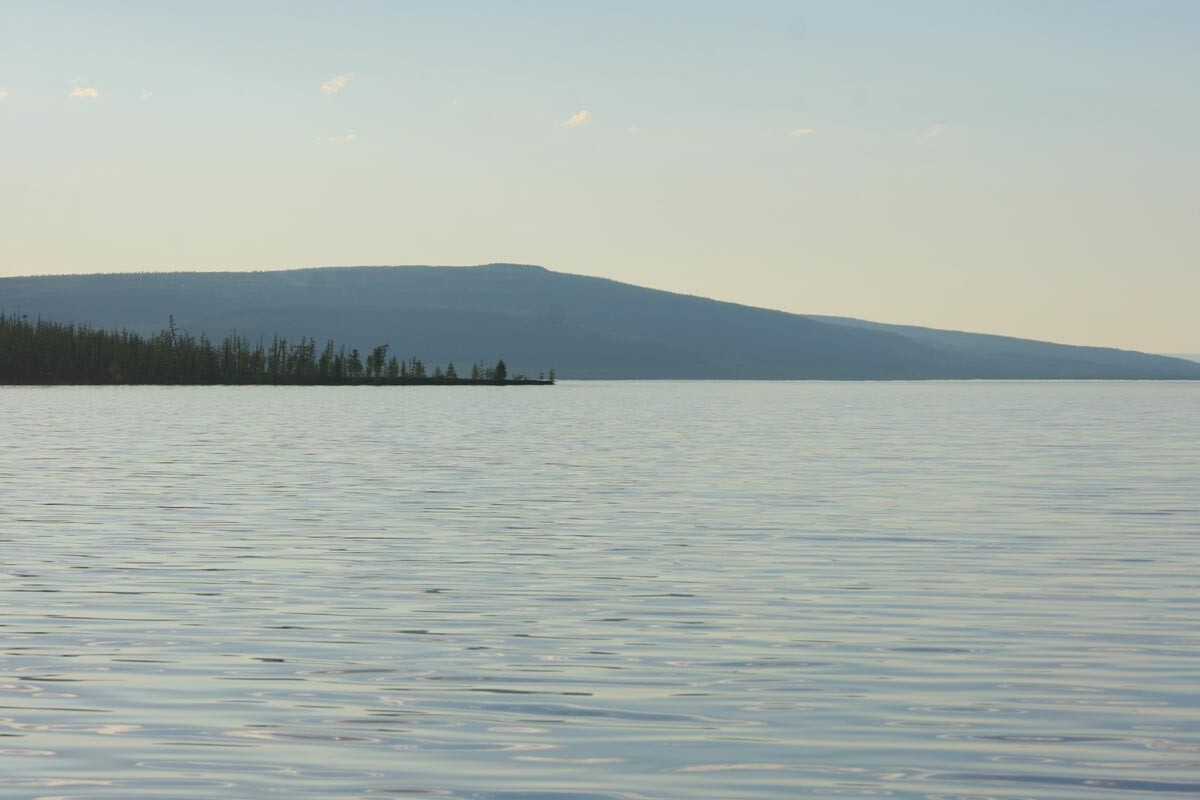 The lake is so far from civilization that it remains almost unexplored. Until now, its depth has not been studied - it varies from 80 to 200 meters according to different studies. 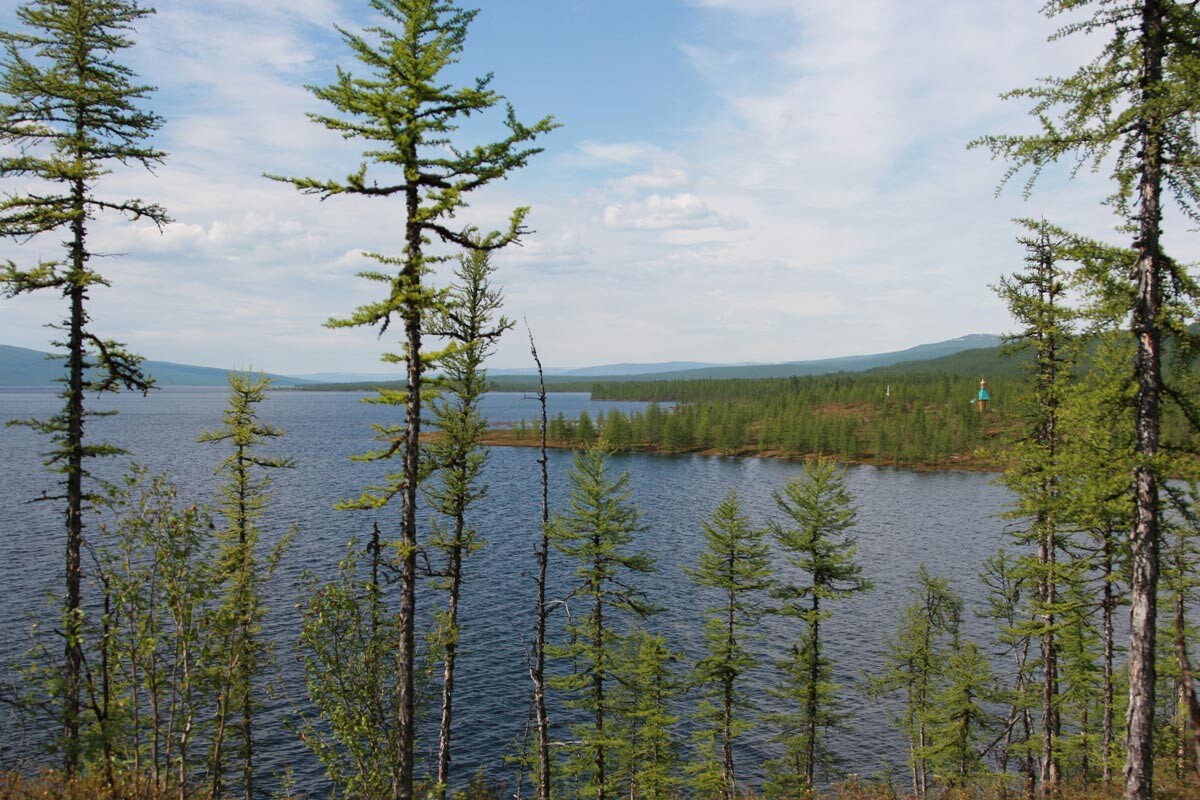 In 2021, a nature preserve with the same name was created near Lake Vivi. 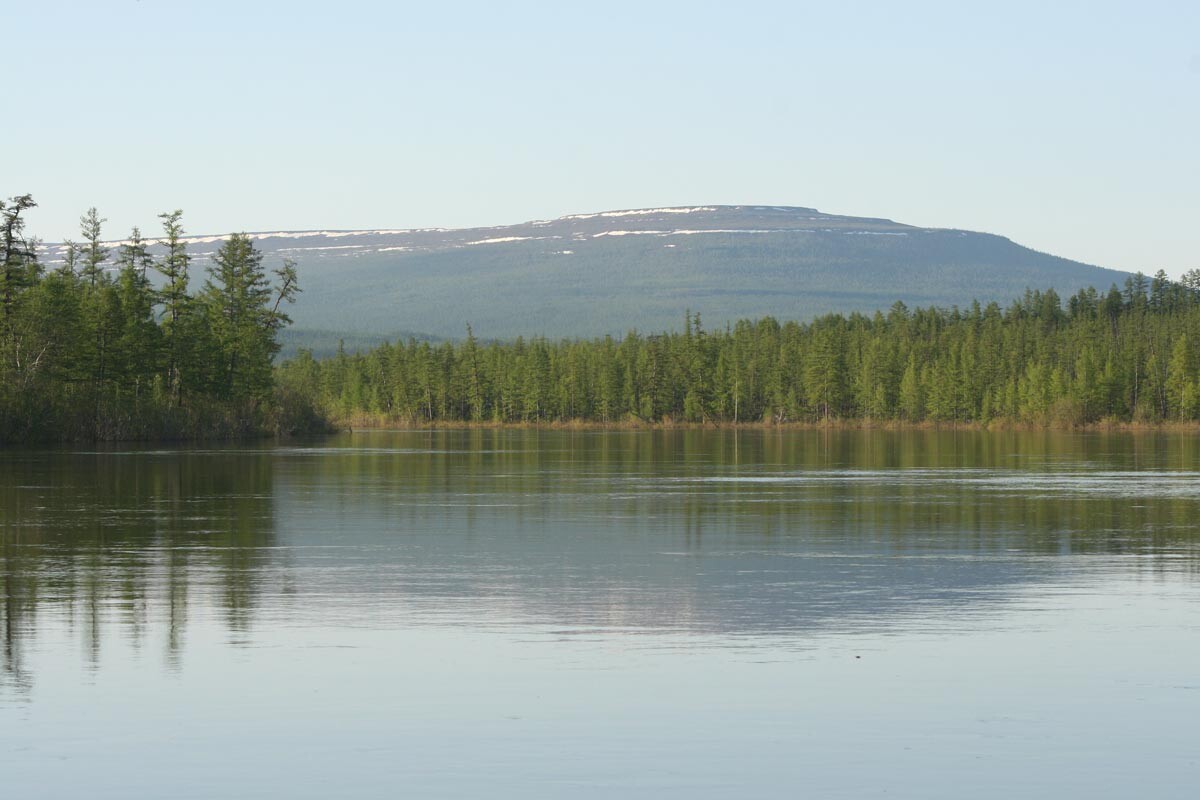 About a hundred kilometers northeast of the lake on the Putorana Plateau is another interesting point - the Pole of Inaccessibility - the most remote site from the transport routes in the country. A worthy location for the piggy bank of geographical extremes.